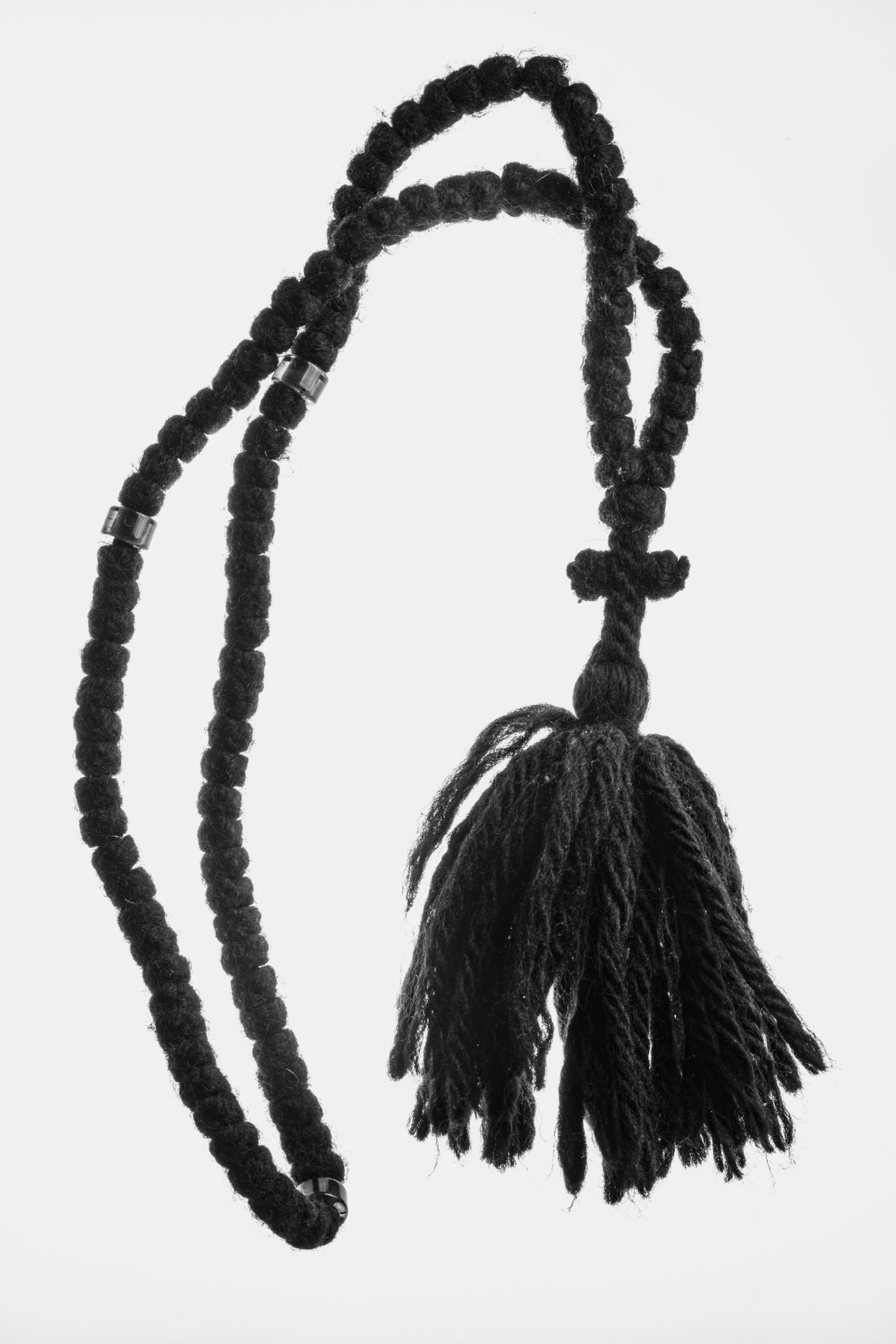 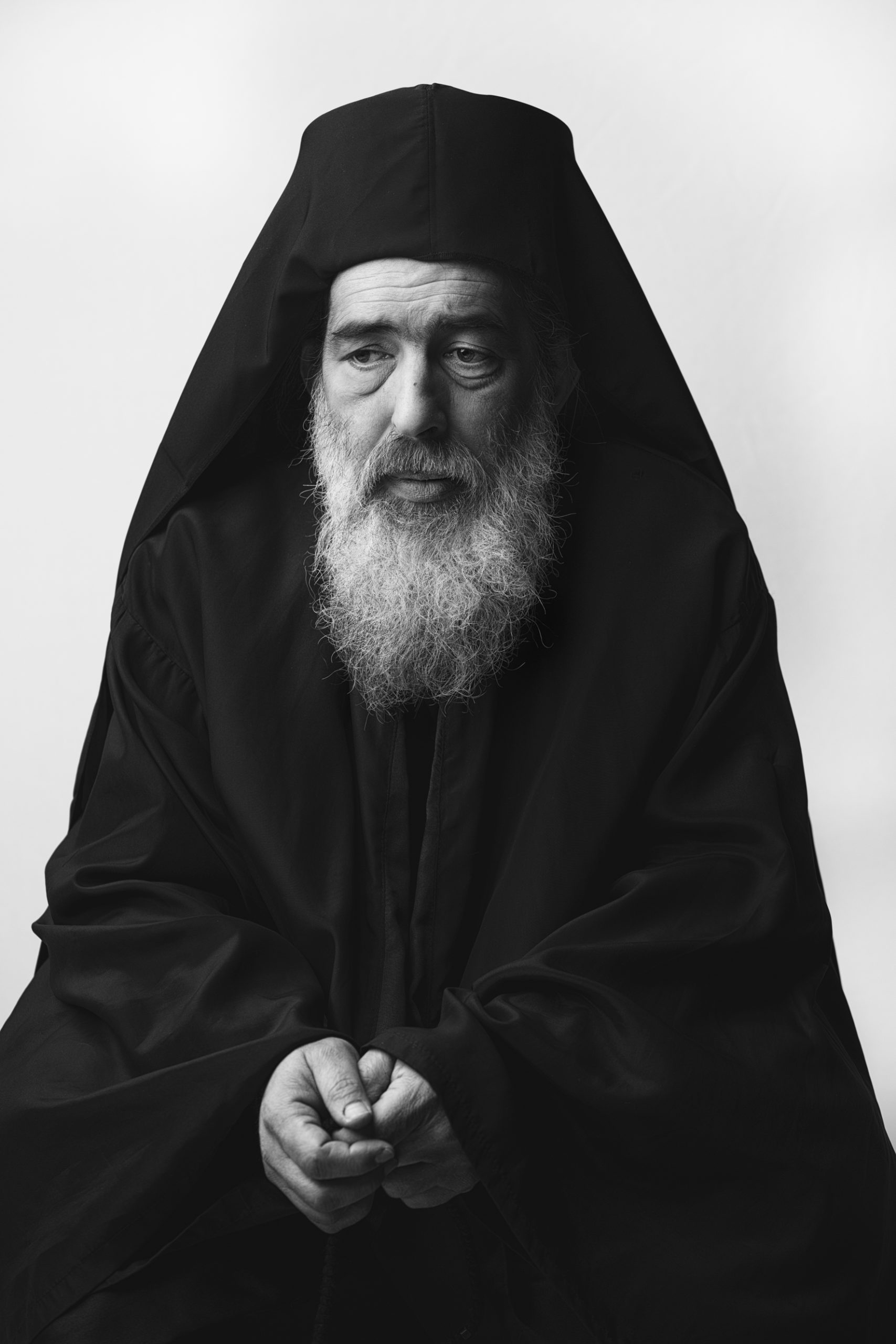 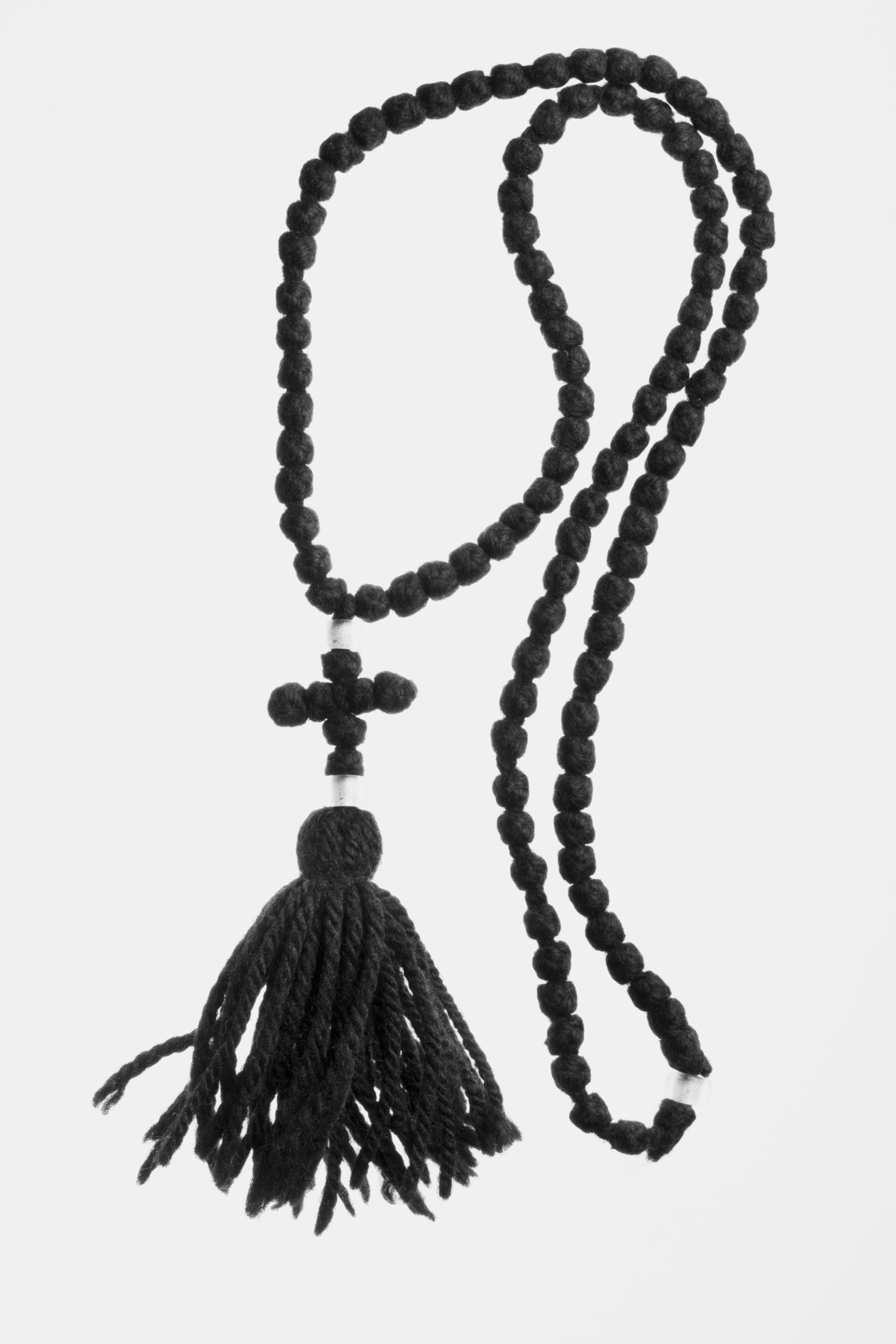 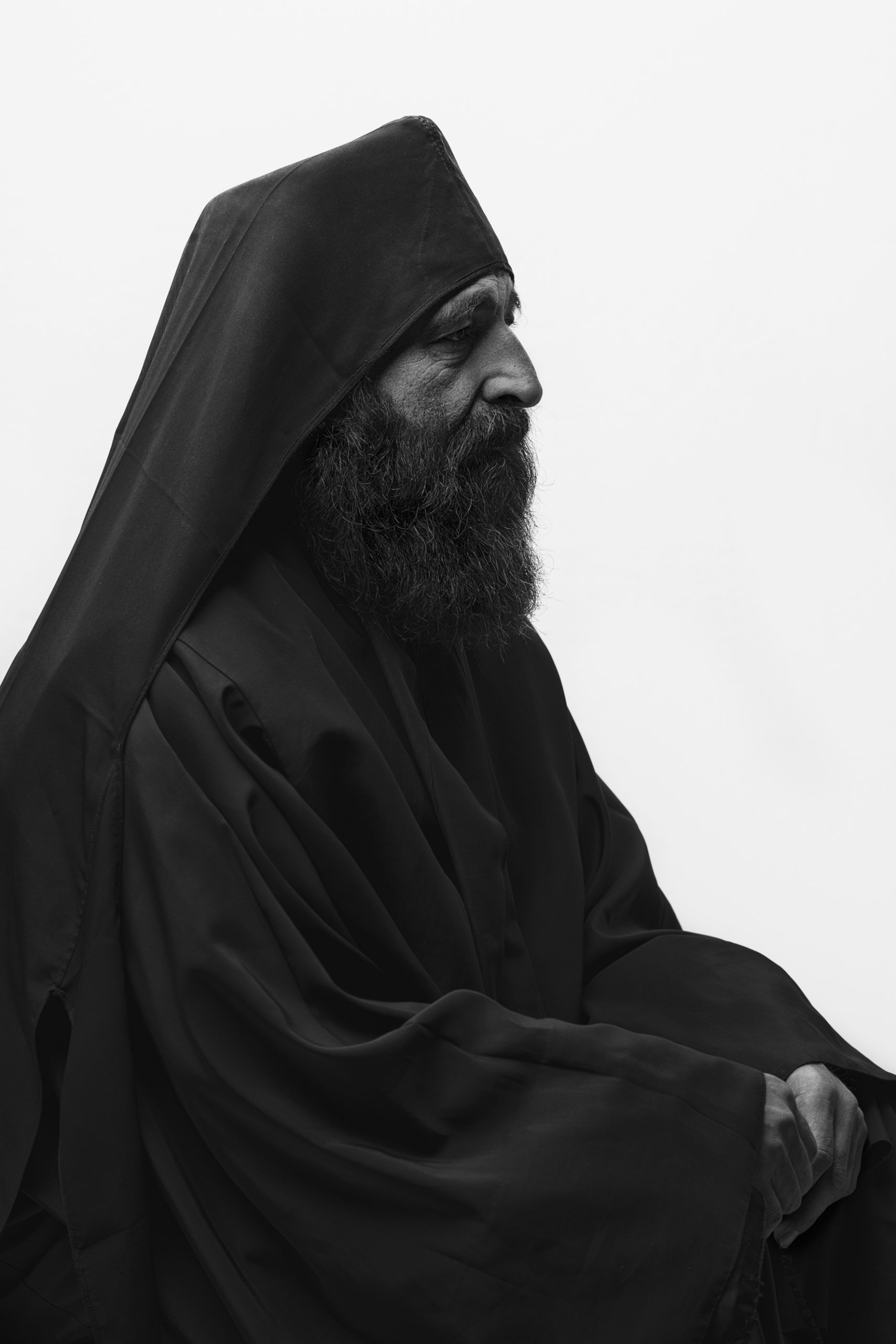 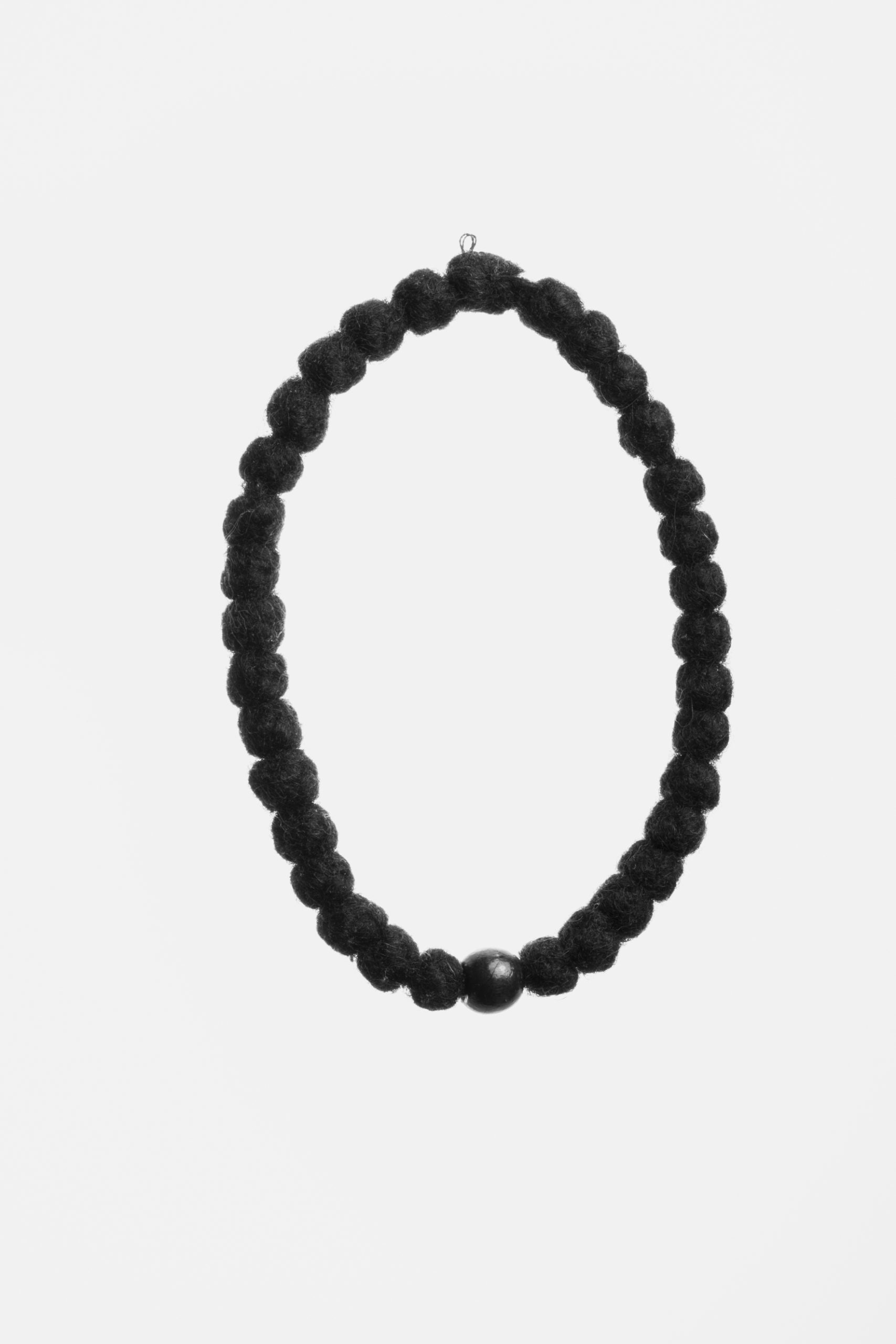 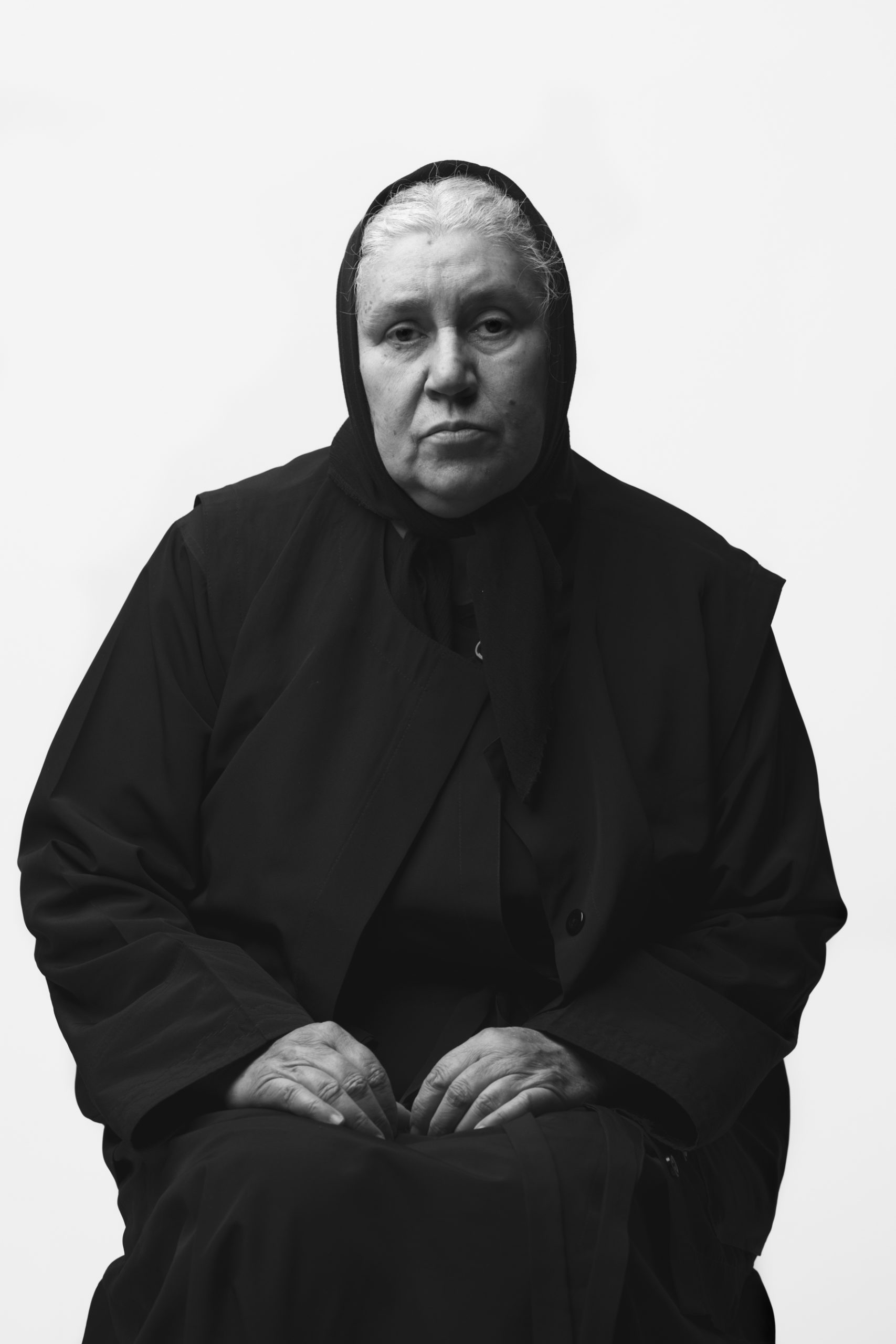 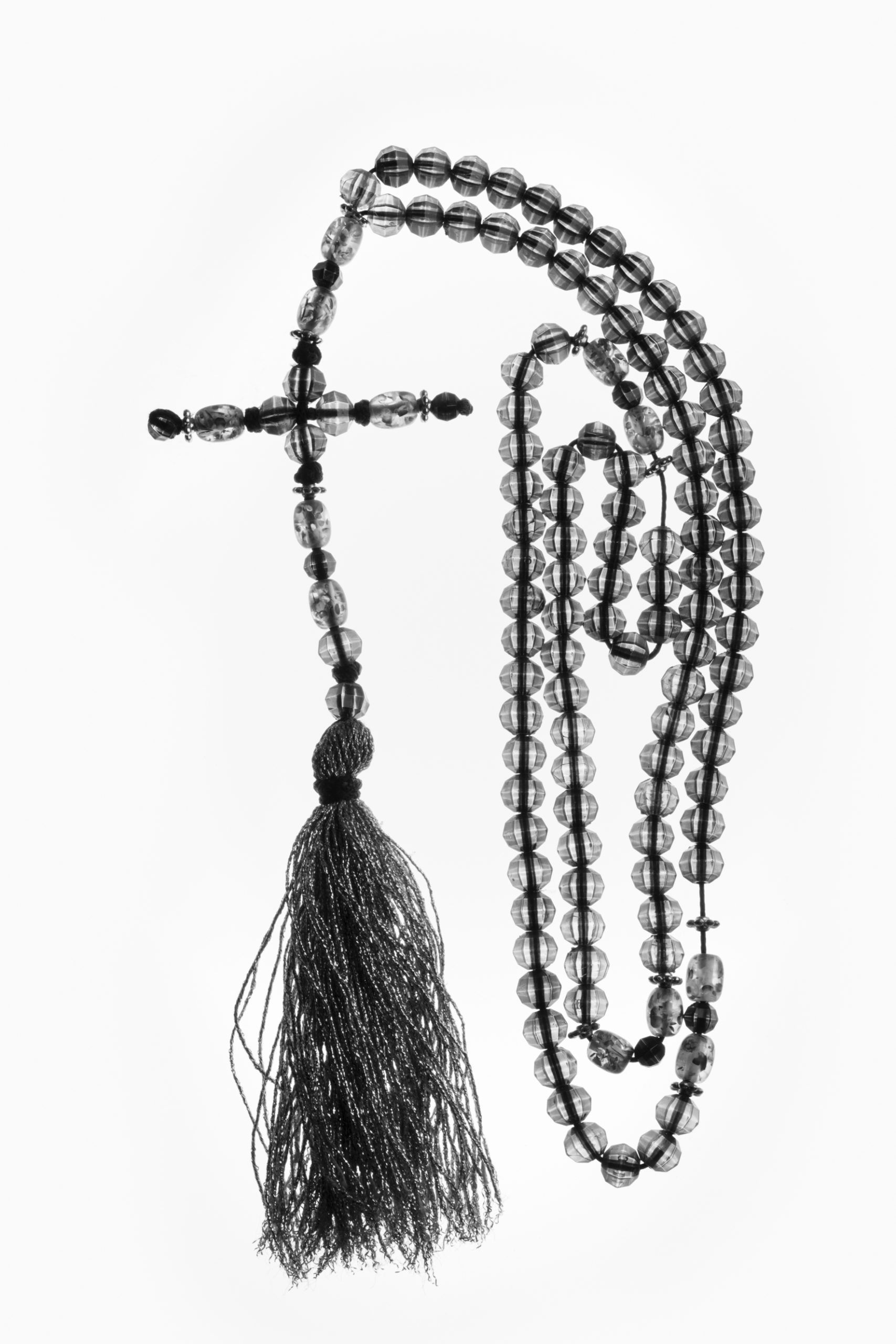 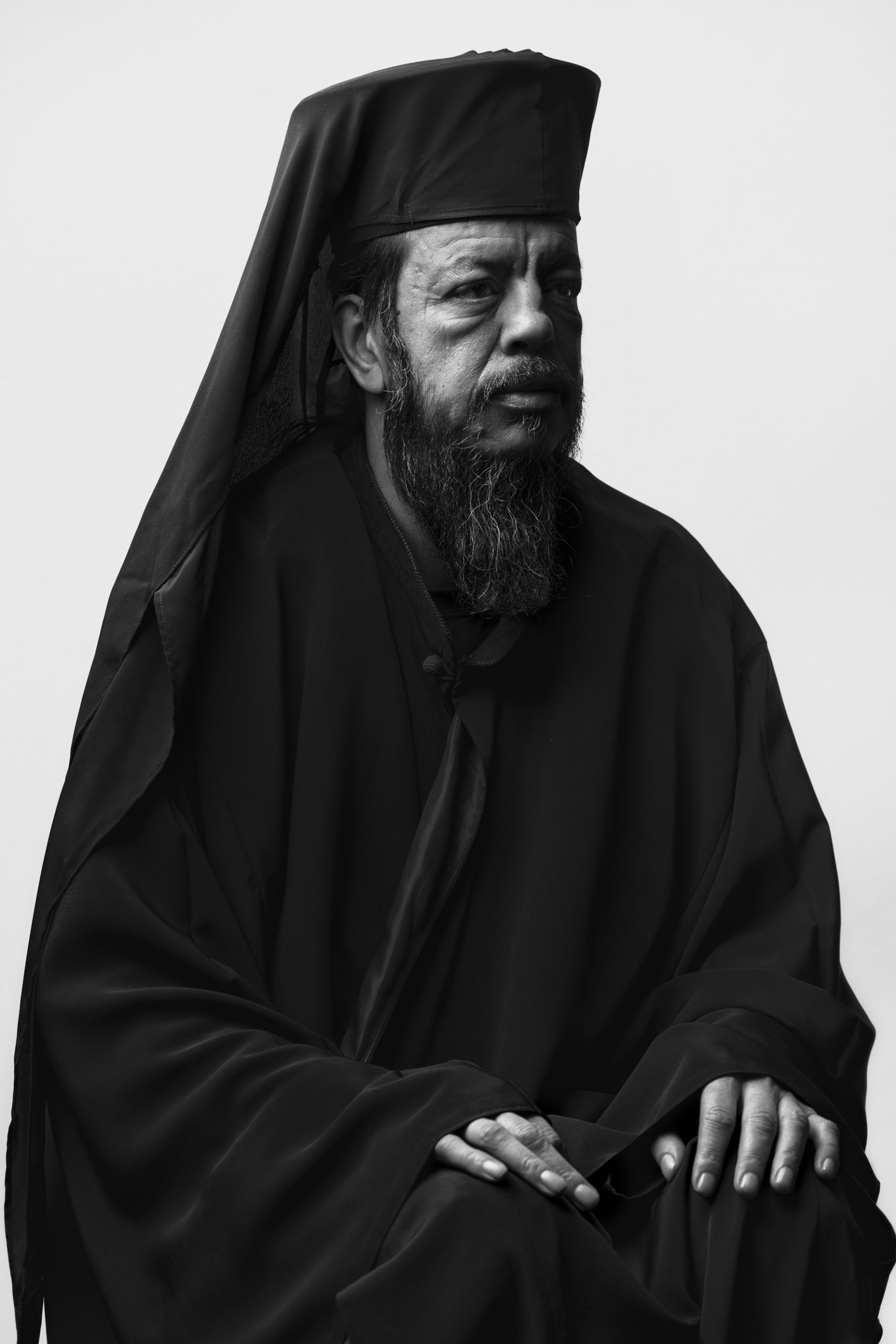 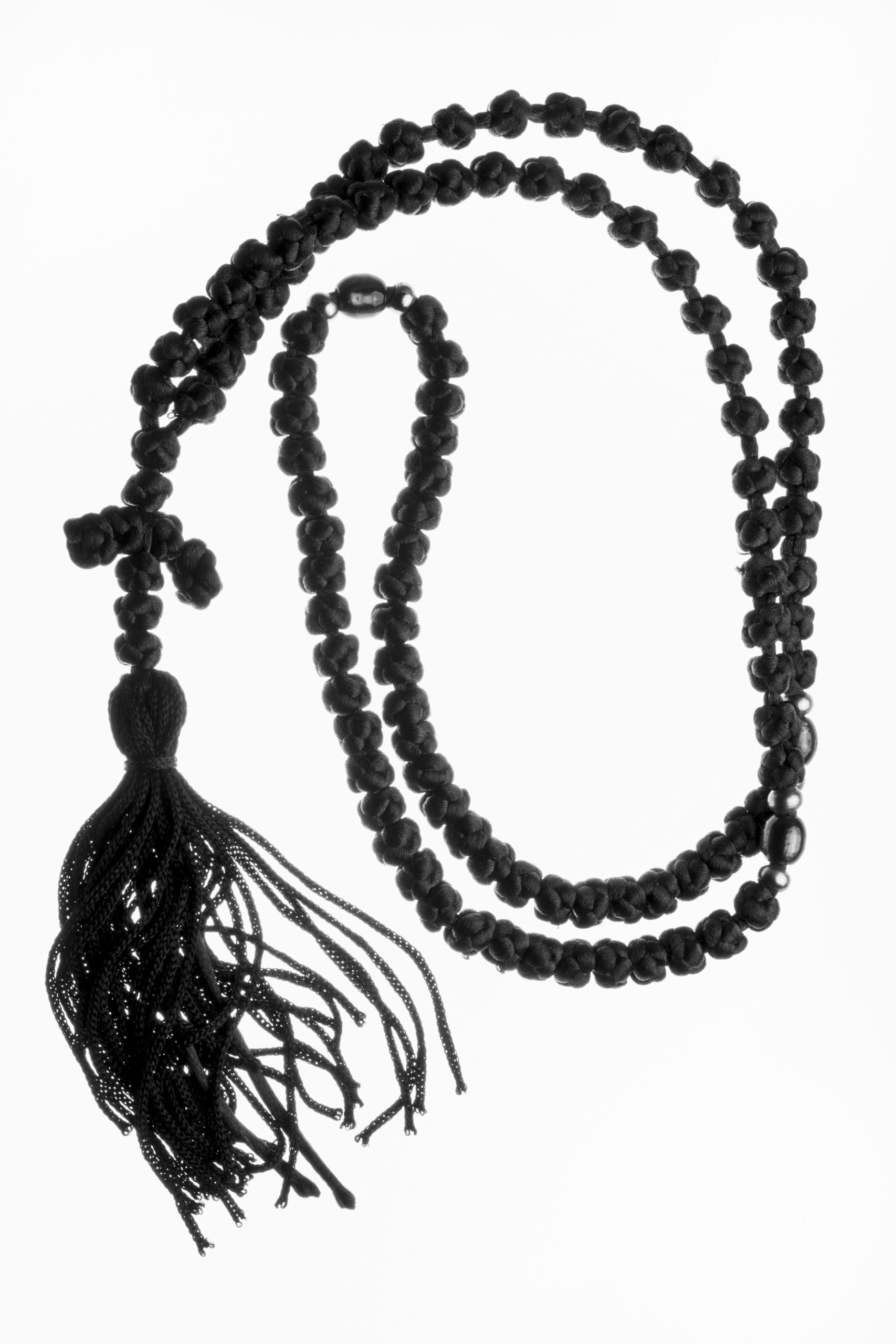 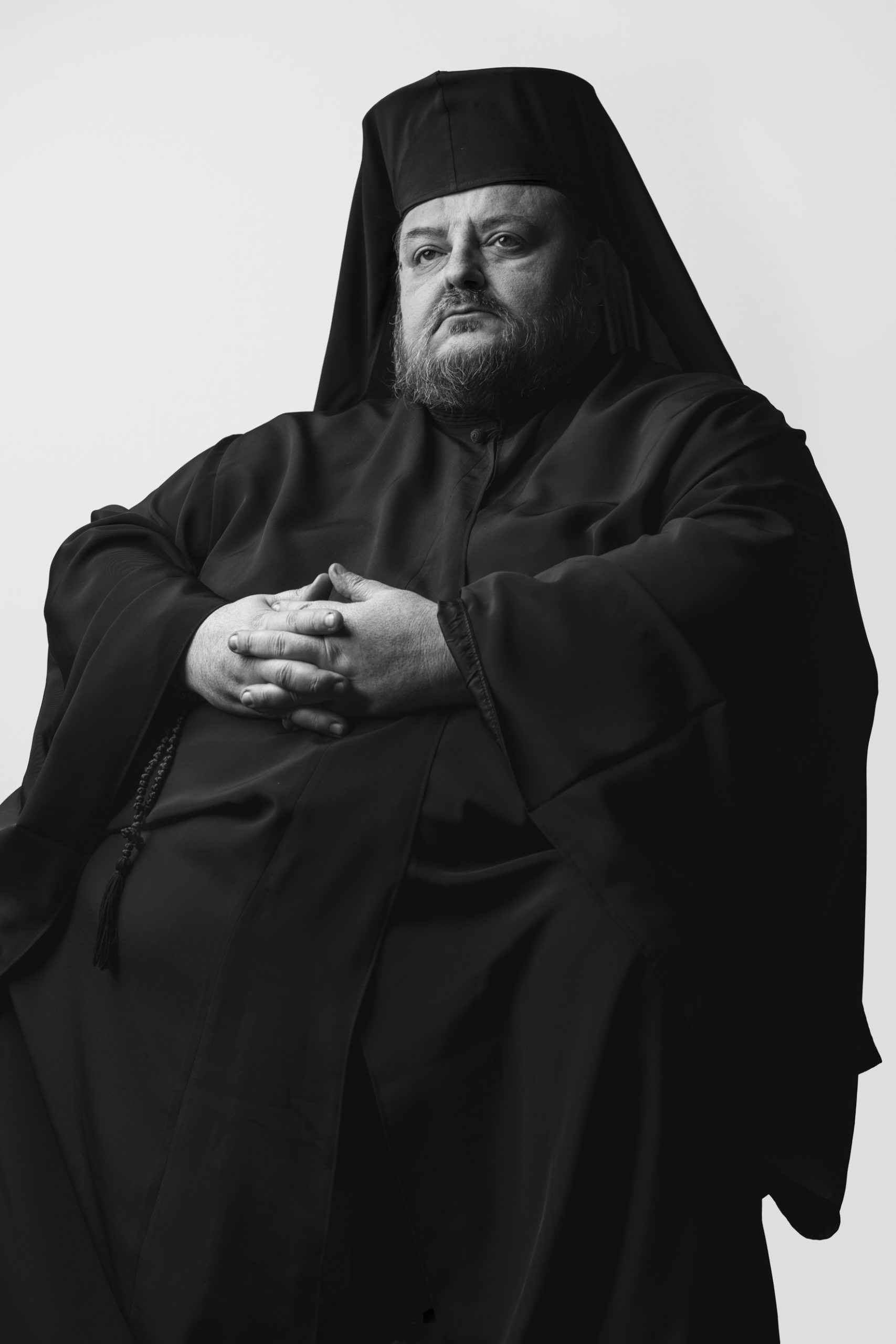 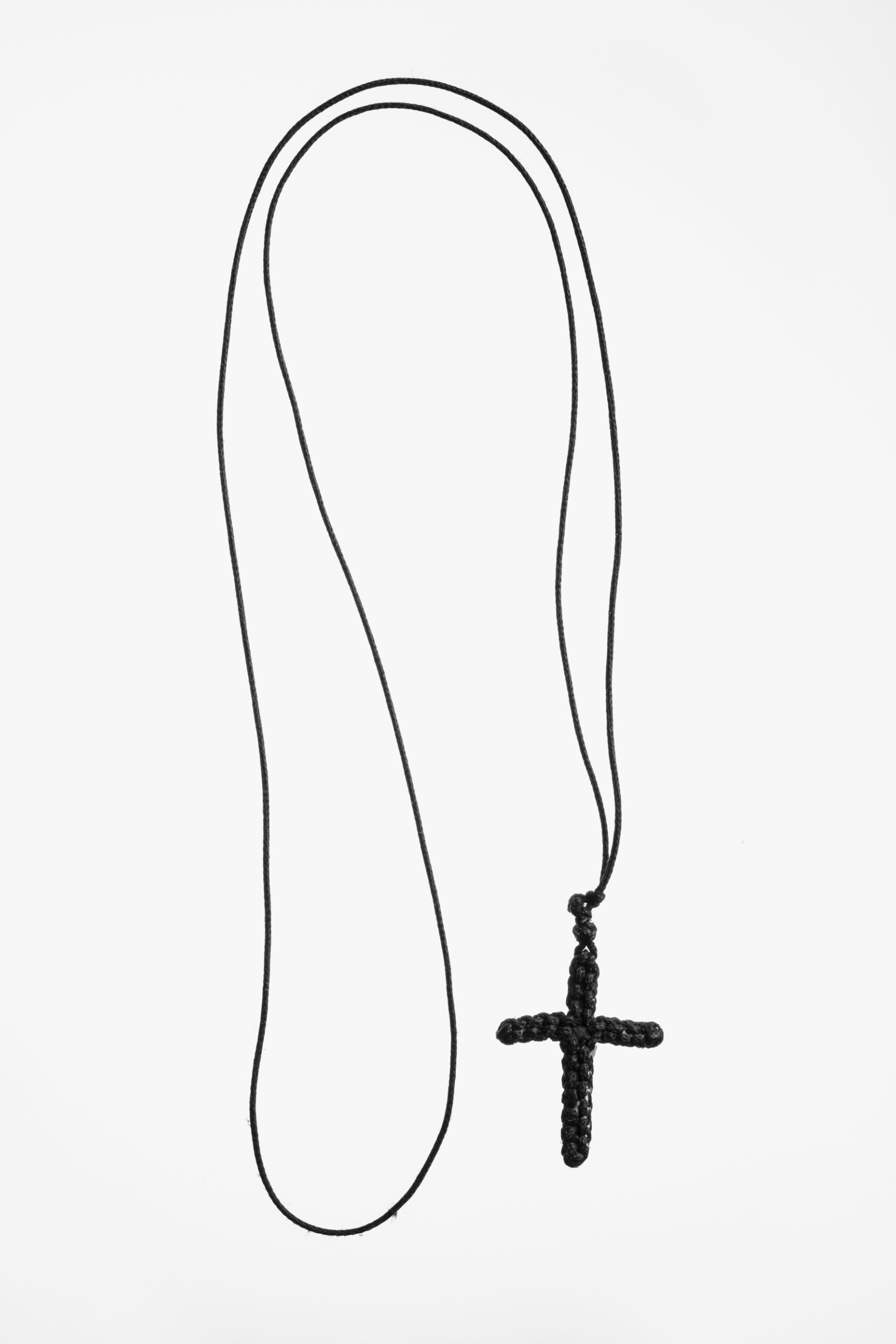 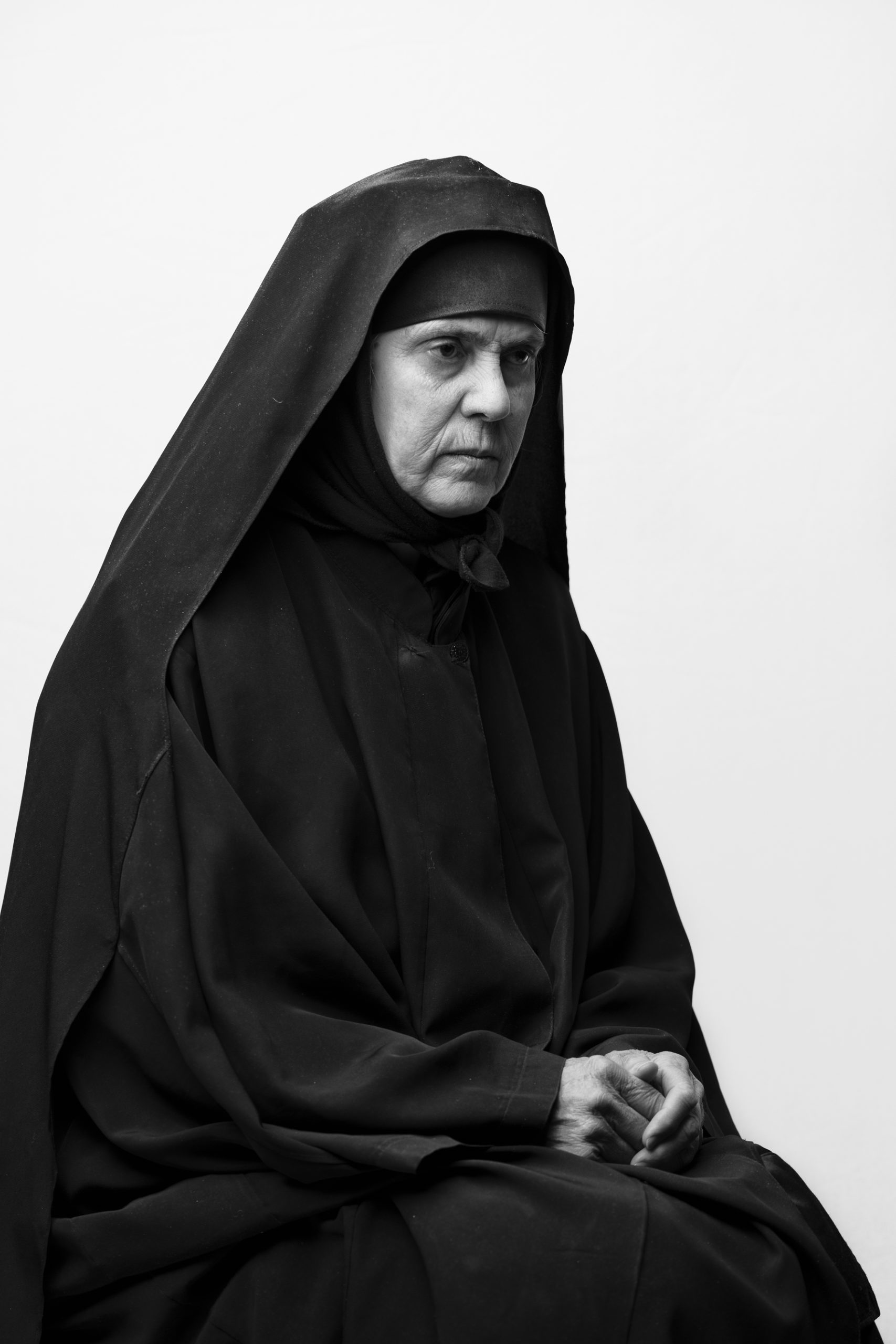 VALERY POSHTAROV: THE MONK AND HIS FAITH

Valery Poshtarov (b. 1986, Bulgaria) has created black and white portraits of monks* from different monasteries in Bulgaria. These portraits are presented as diptychs, with each priest juxtaposed with his rosary. Within the Bulgarian Orthodox Church, this string of beads is typically used to provide a physical method of keeping count of the number of Hail Marys said as the mysteries are contemplated. The Mysteries of the Rosary are meditations on episodes in the life and death of Jesus, from the Annunciation to the Ascension and beyond. These are traditionally divided into four themed groups of five known as the Joyful (or Joyous) Mysteries, the Luminous Mysteries the Sorrowful Mysteries and the Glorious Mysteries. The fingers are moved along the beads as the prayers are recited. By not having to keep track of the count mentally, the mind is free to meditate on the mysteries.

The 13 dioceses of the Bulgarian Orthodox Church are divided into 58 church counties, which in turn are subdivided into some 2,600 parishes. “Whoever takes an oath to become a monk, conceals his past in a black cloak and begins a search for the light,” says Poshtarov.

* Scholars are inclined to the daughters of Czar Boris, Praksi and Anna, as the founders of female monasticism in Bulgaria. The word ‘nun’ is typically used for female monastics, but in the English language ‘monk’ tends to be used loosely for both male and female ascetics.