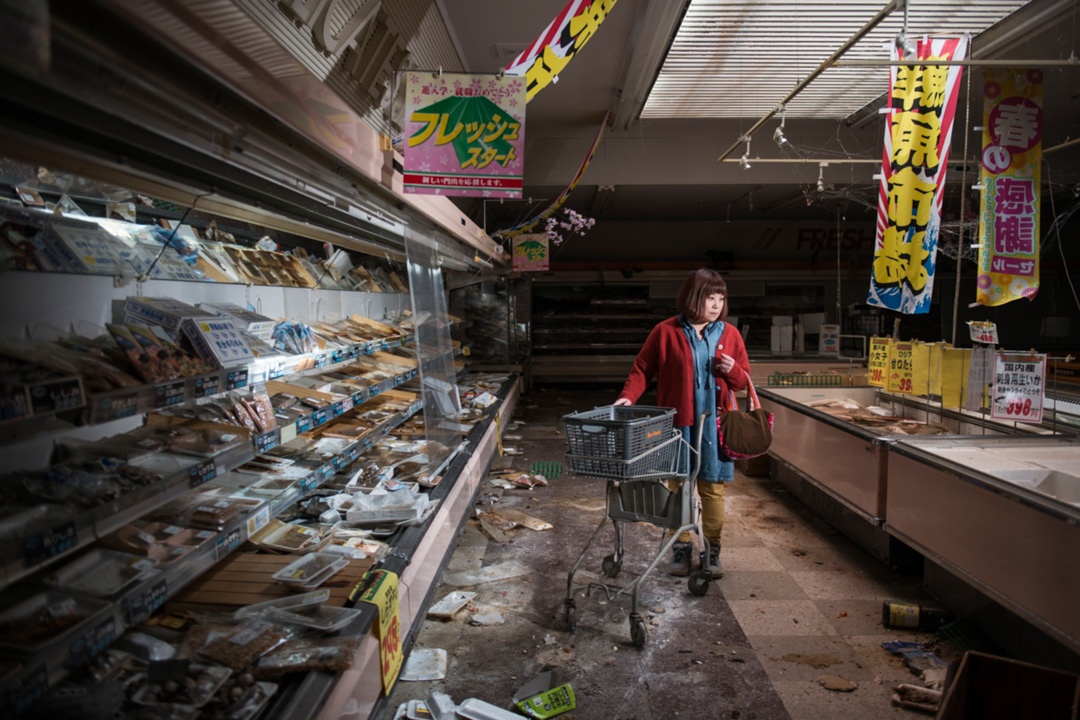 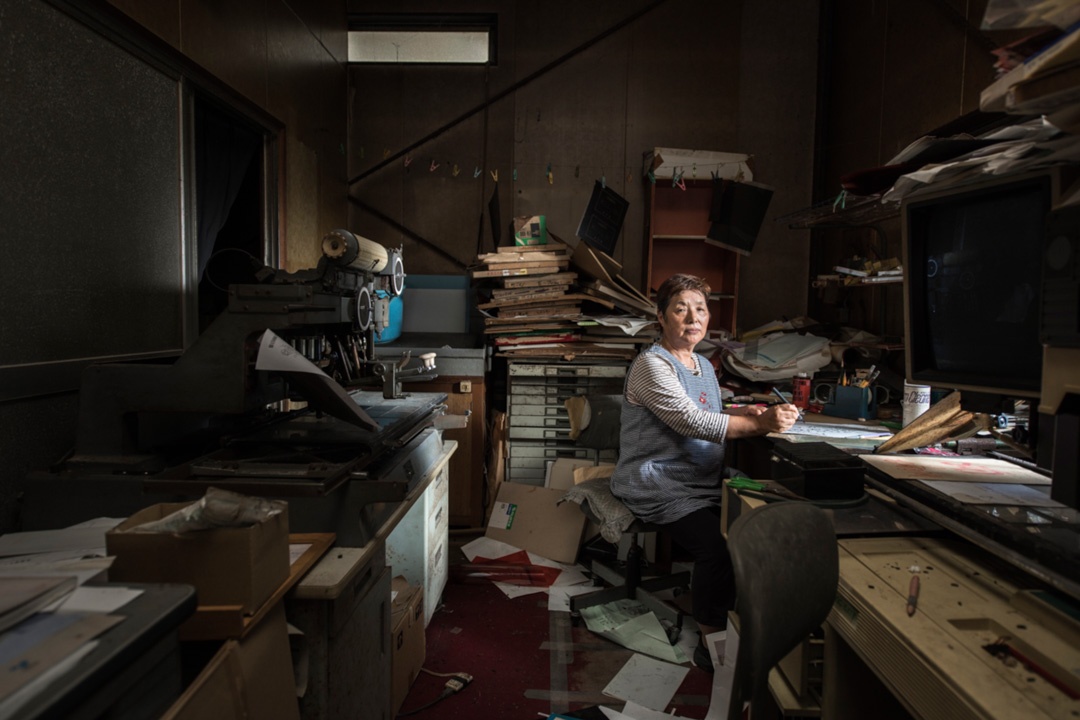 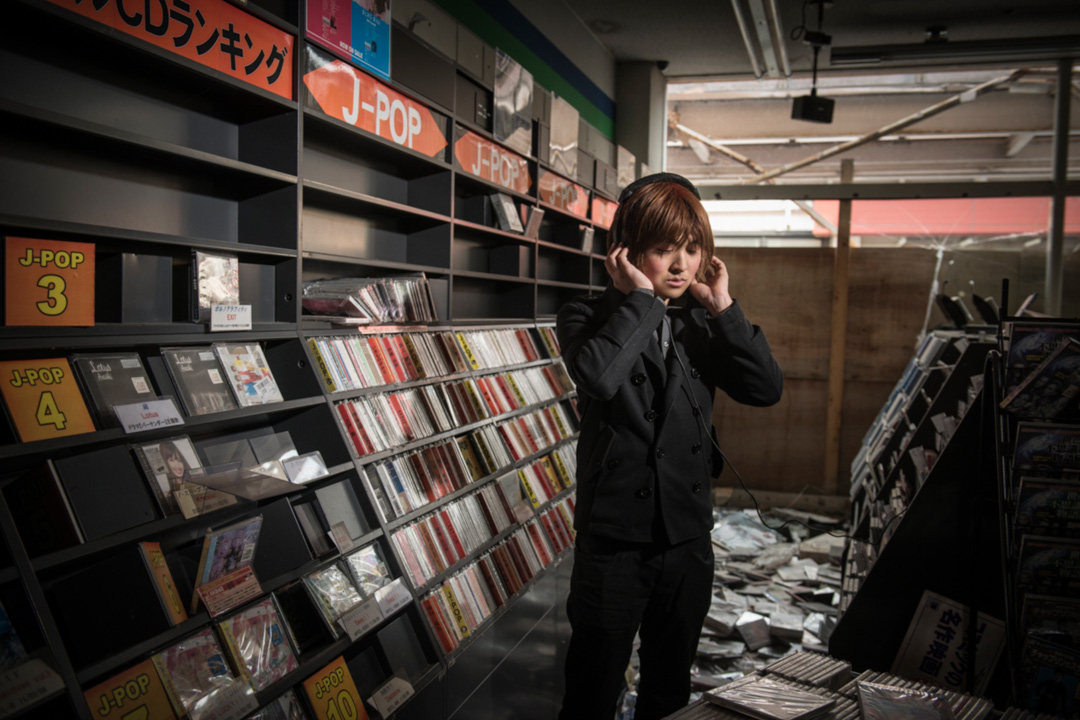 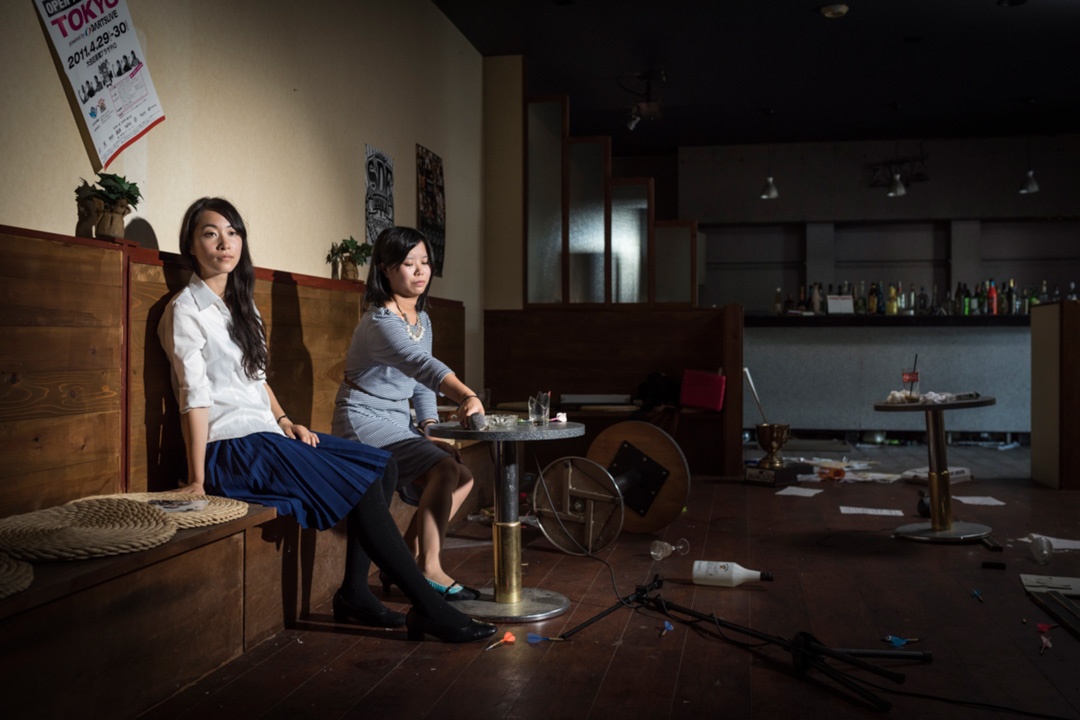 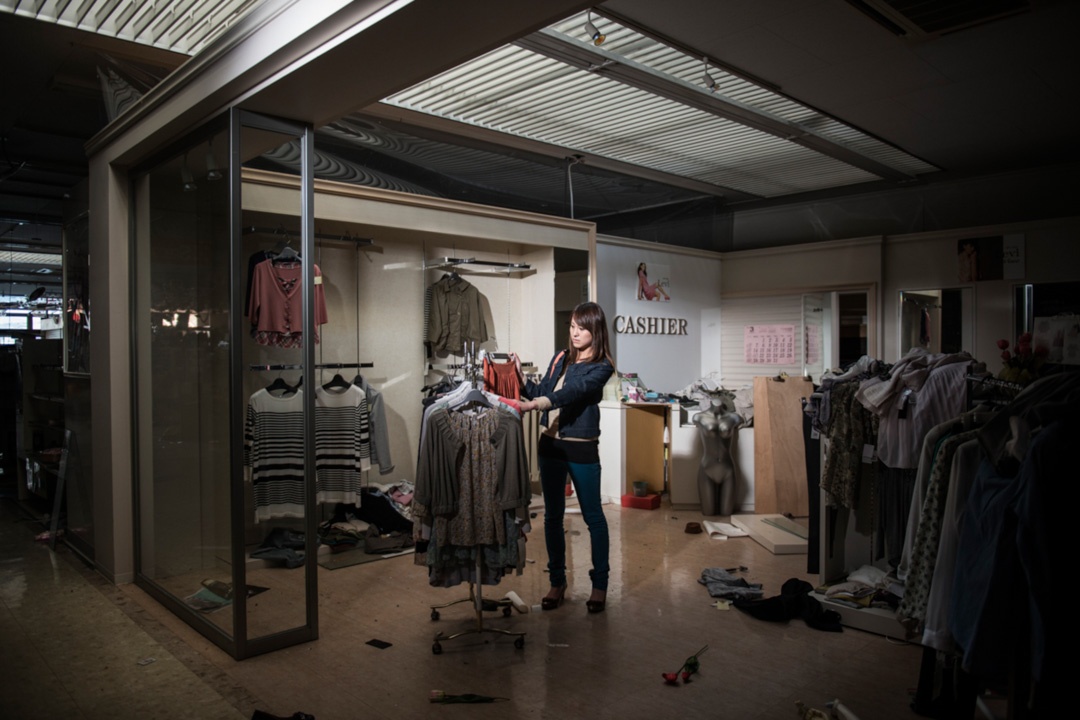 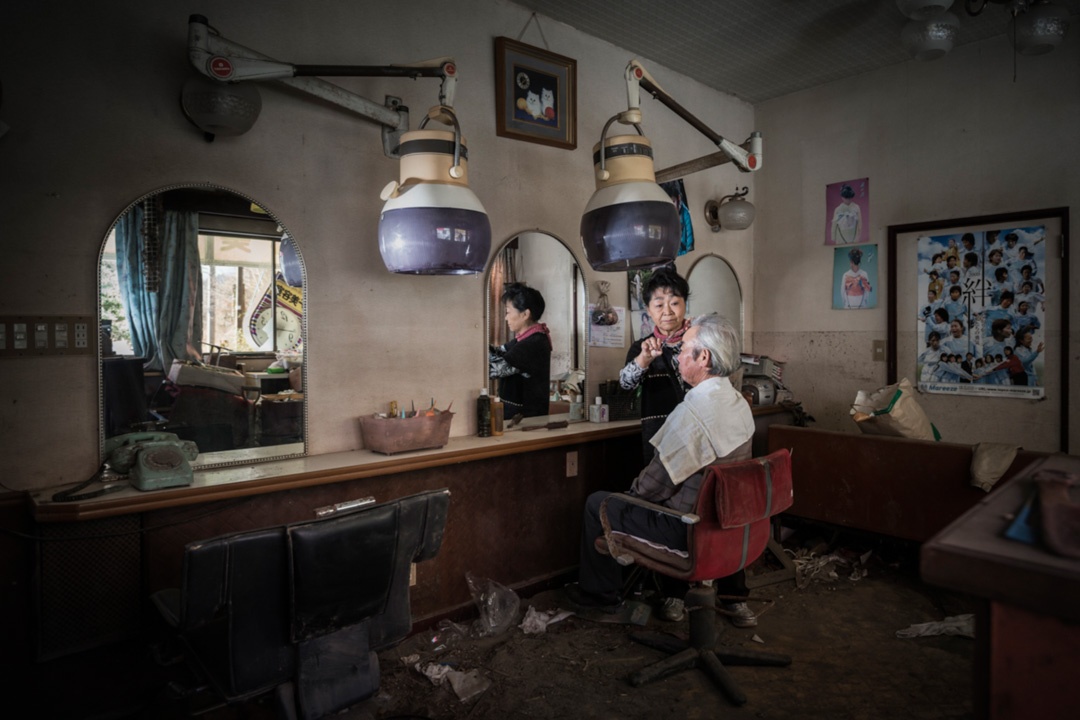 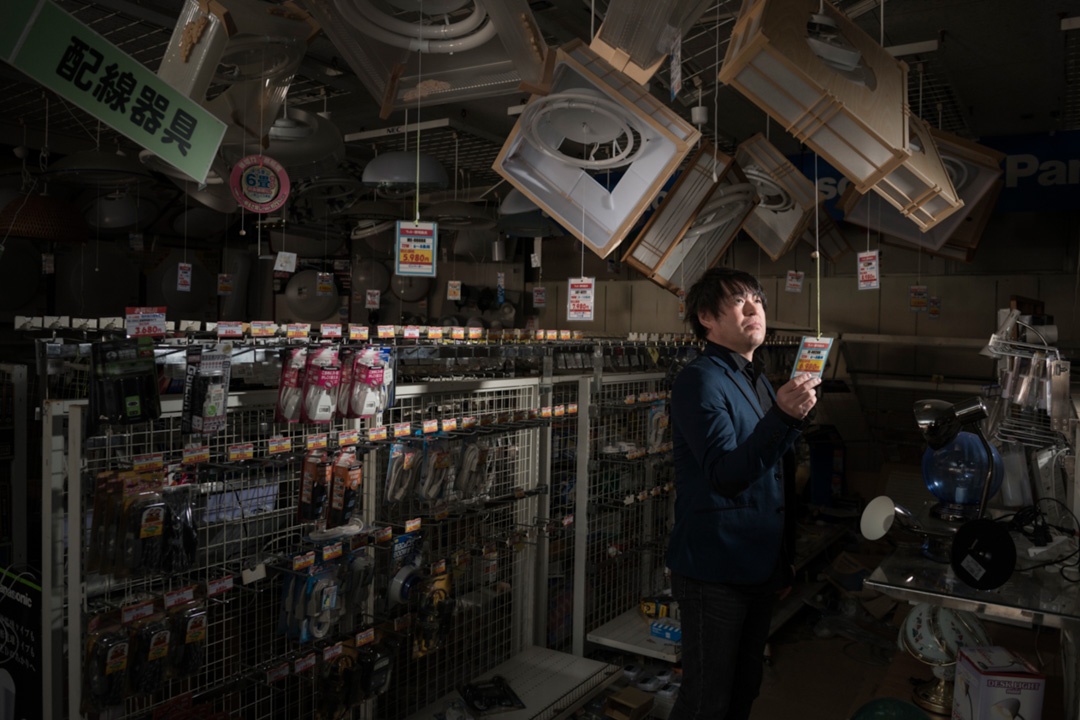 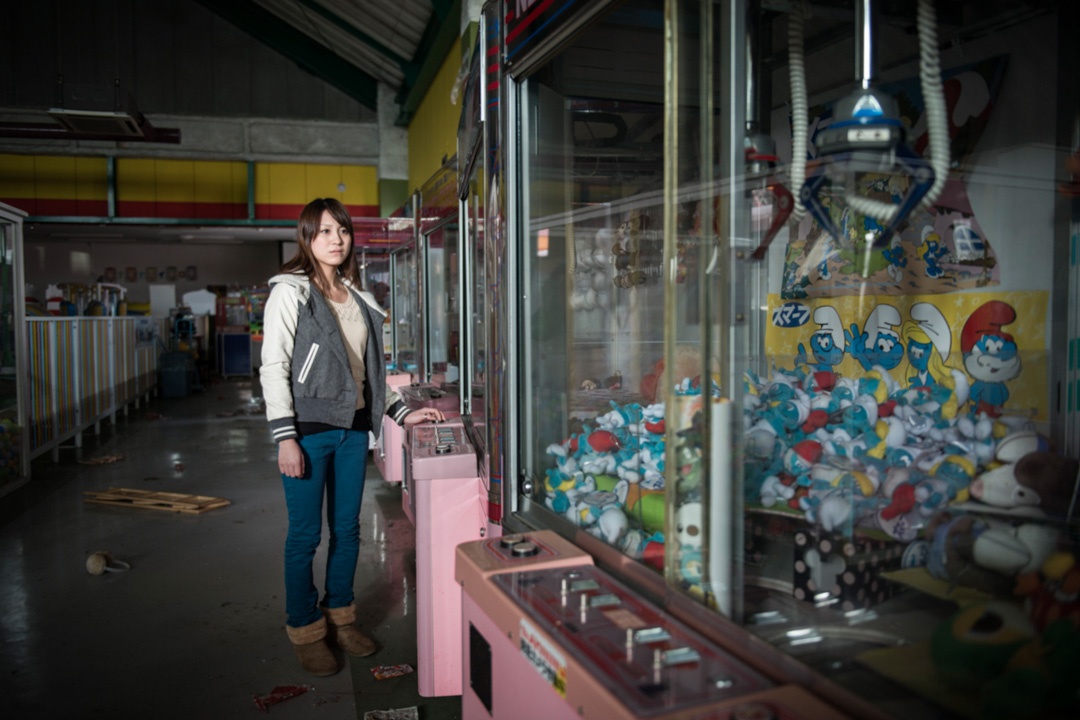 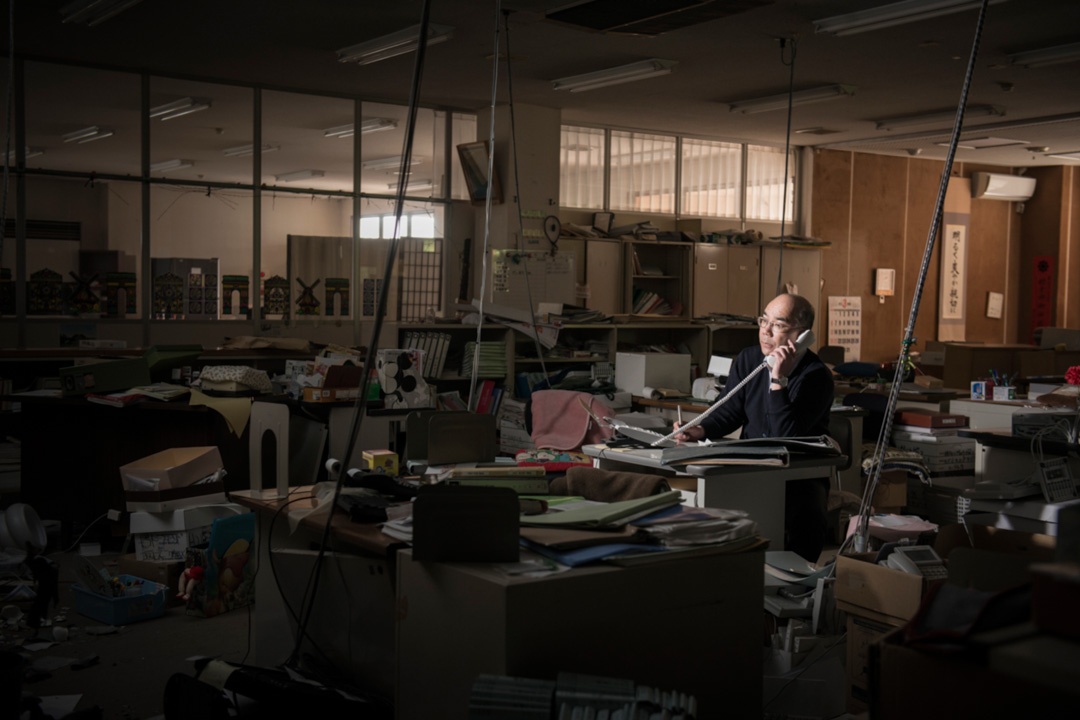 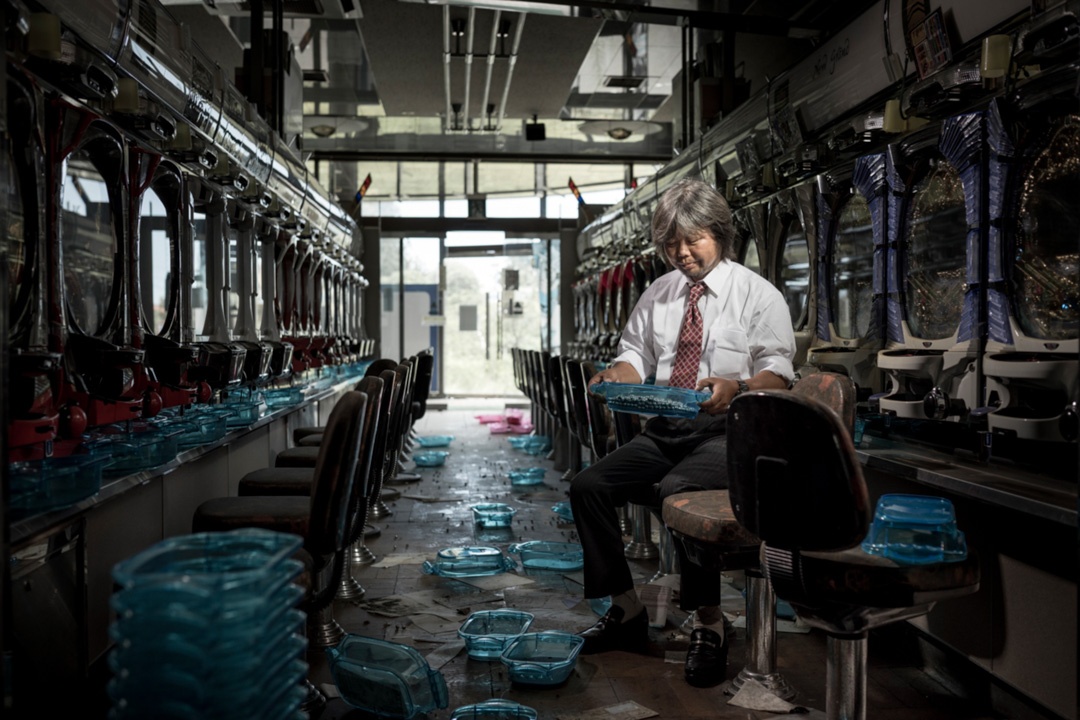 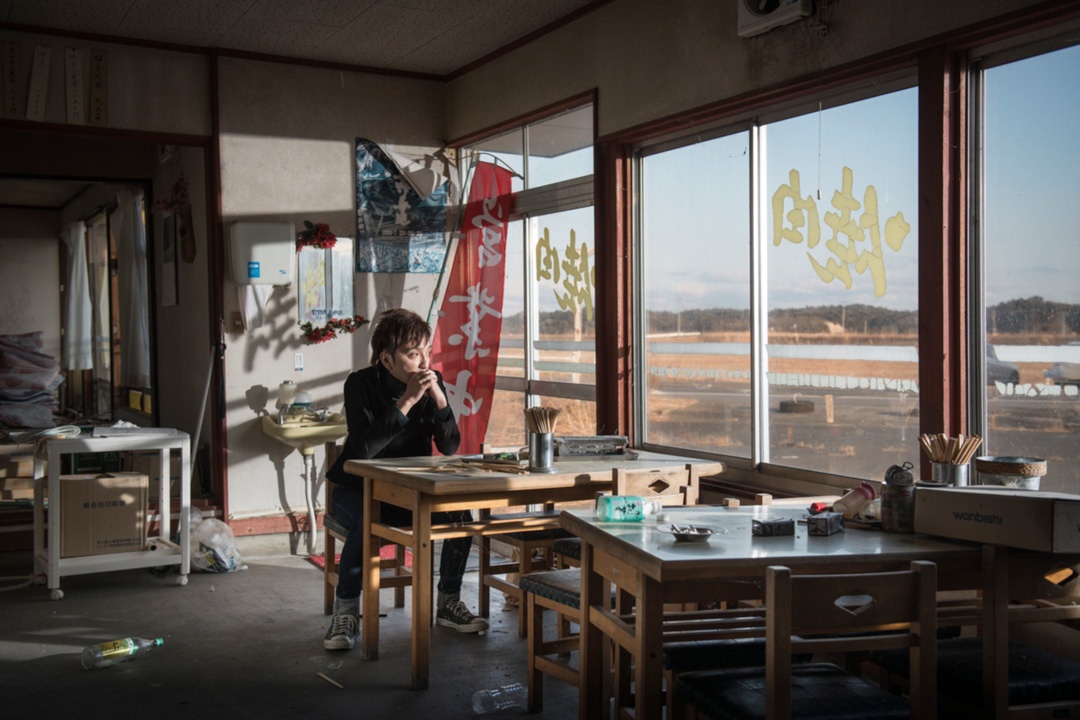 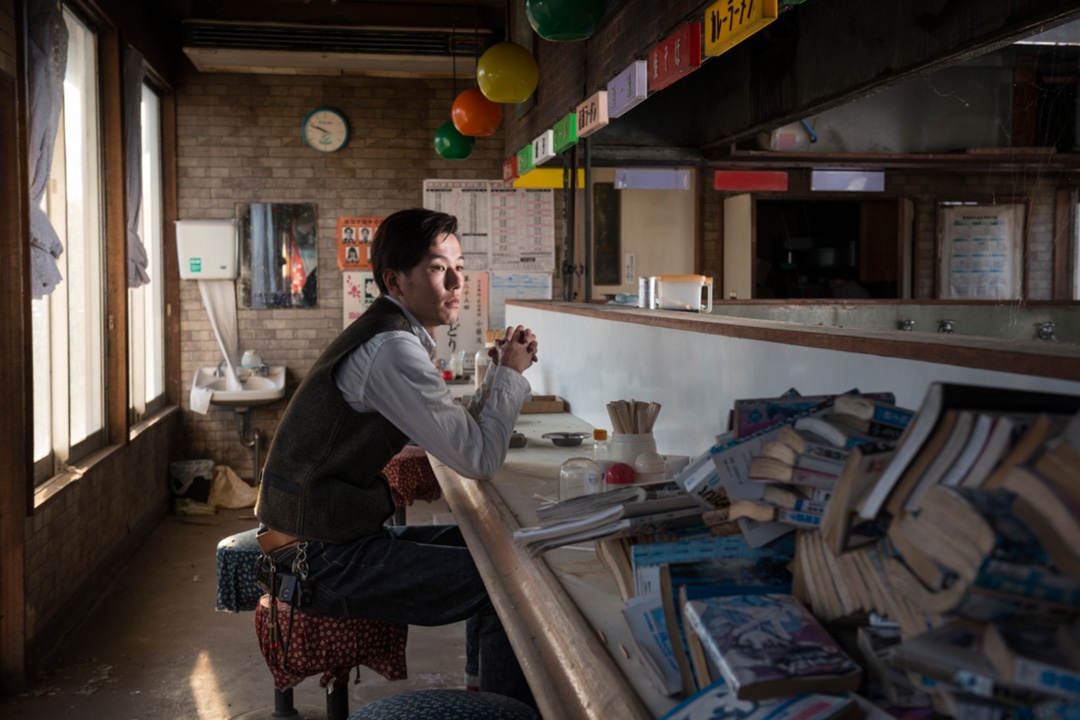 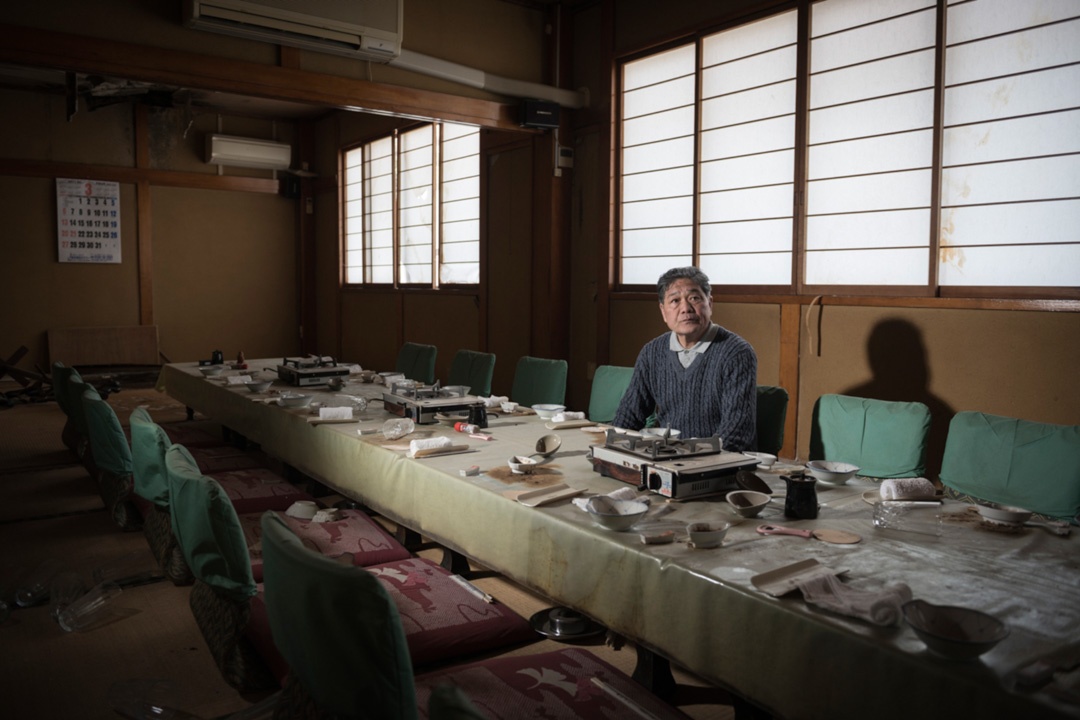 Since the 2011 earthquake of Fukushima, residents have been displaced, unable to return to their former lives. The quake, tsunami and following nuclear fallout which all contributed to Fukushima’s present inhabitability have rendered the city a ghost town, a strangely quiet area that maintains many familiar scenes from its former existence, yet alien in its abandonment and dilapidation.

Retrace Our Steps is part of Guillaume Bression (1980, France) and Carlos Ayesta’s (1985, Venezuela) on-going series on Fukushima: No Go Zone. They asked former residents to return to their old haunts, including places of business, shopping and entertainment, photographing them in calmly posed normality amidst the empty settings. A combination of the banal and strange, the result is a series of disturbingly surreal images. Disturbed objects and empty landscapes only add to the post-apocalyptic feel, all the more dramatic because of our understanding that these scenes are cinematic in aesthetic, but entirely real in content.

Guillaume Bression and Carlos Ayesta’s series Nature, another chapter in their work on Fukushima’s No Go Zone, was featured in GUP#46, the Community issue.