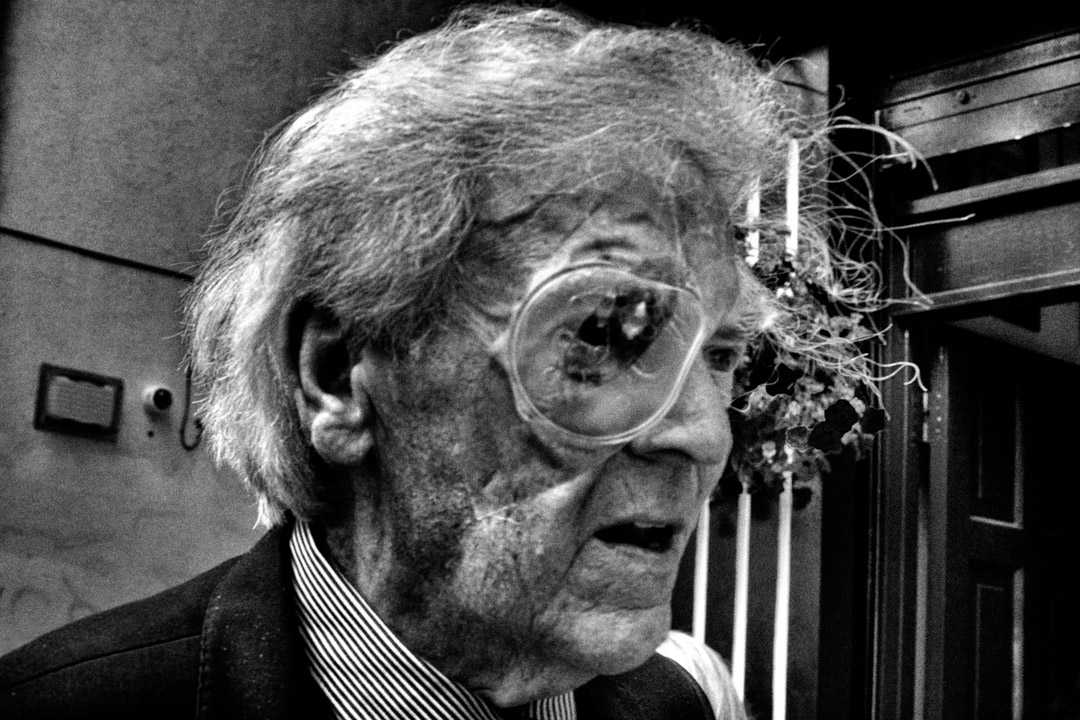 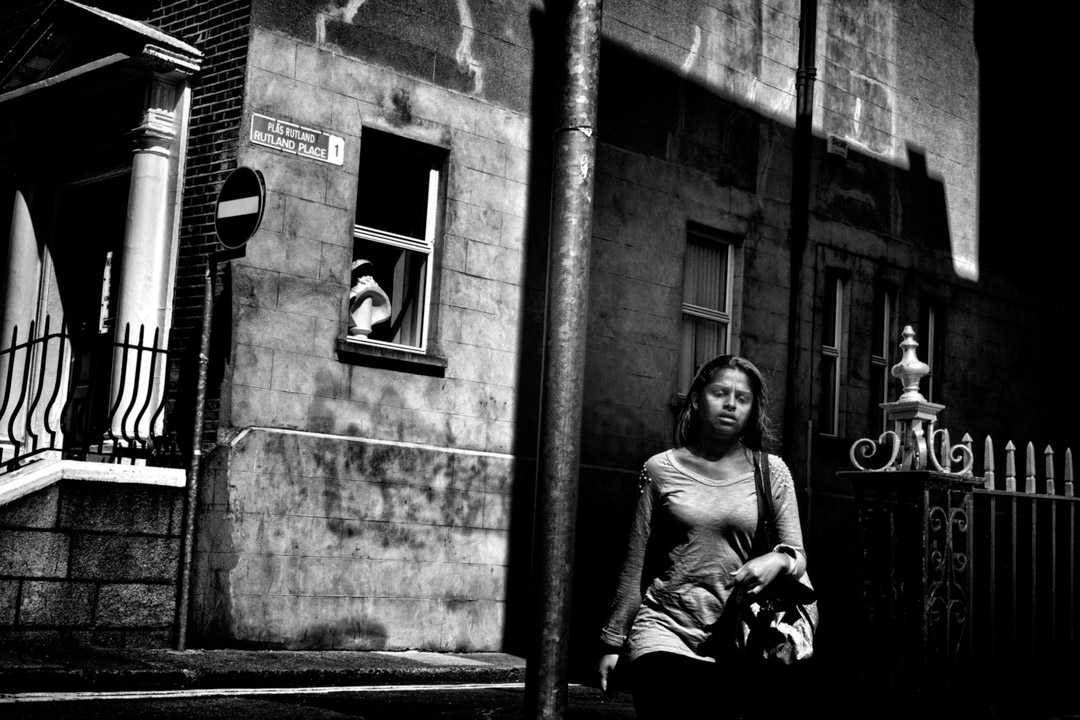 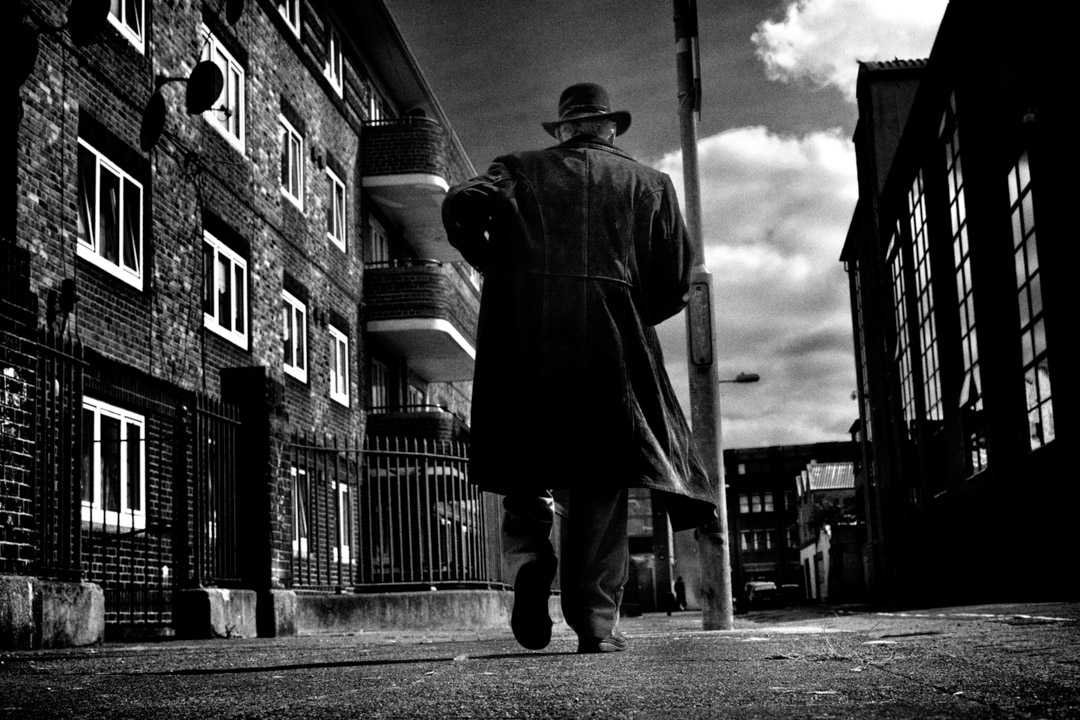 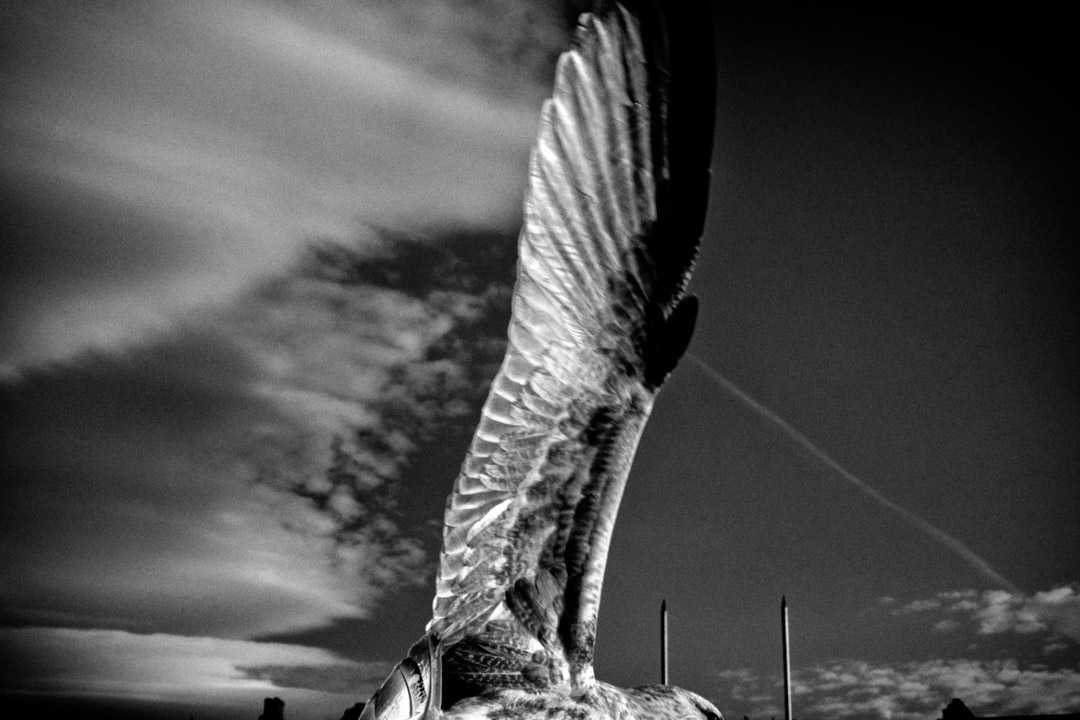 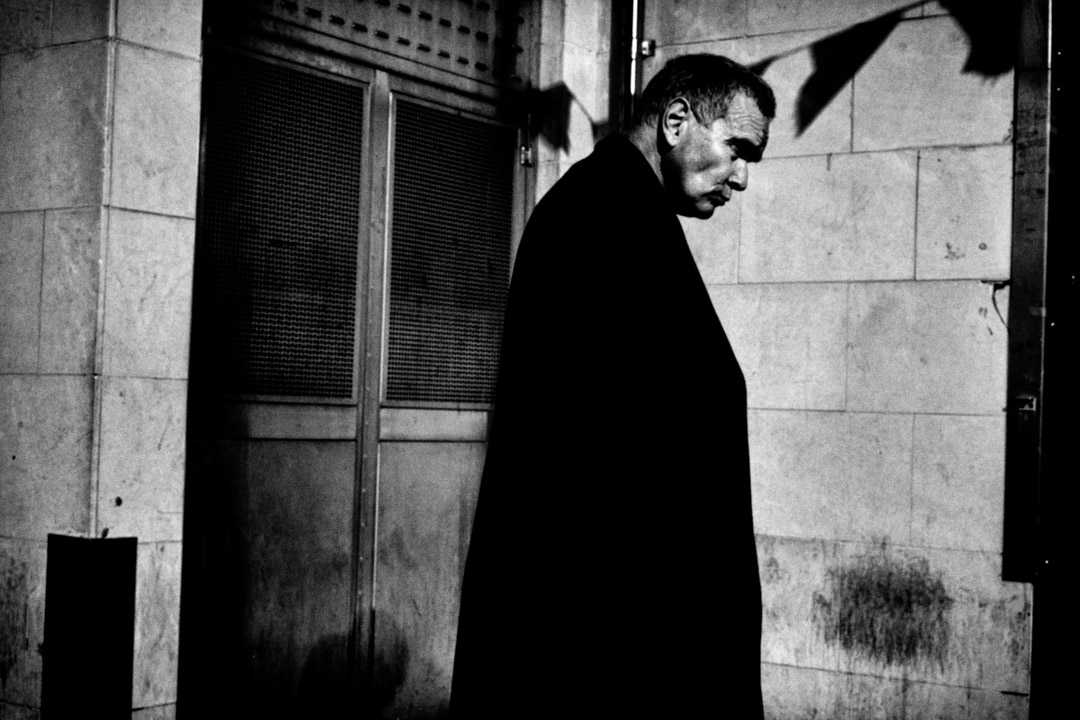 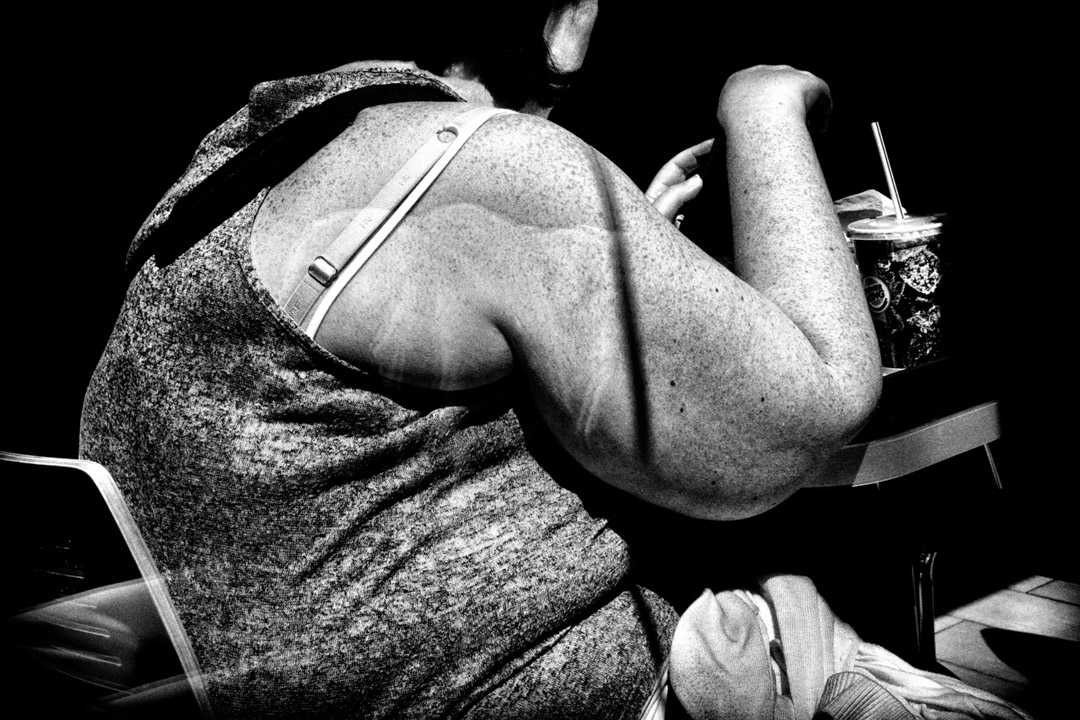 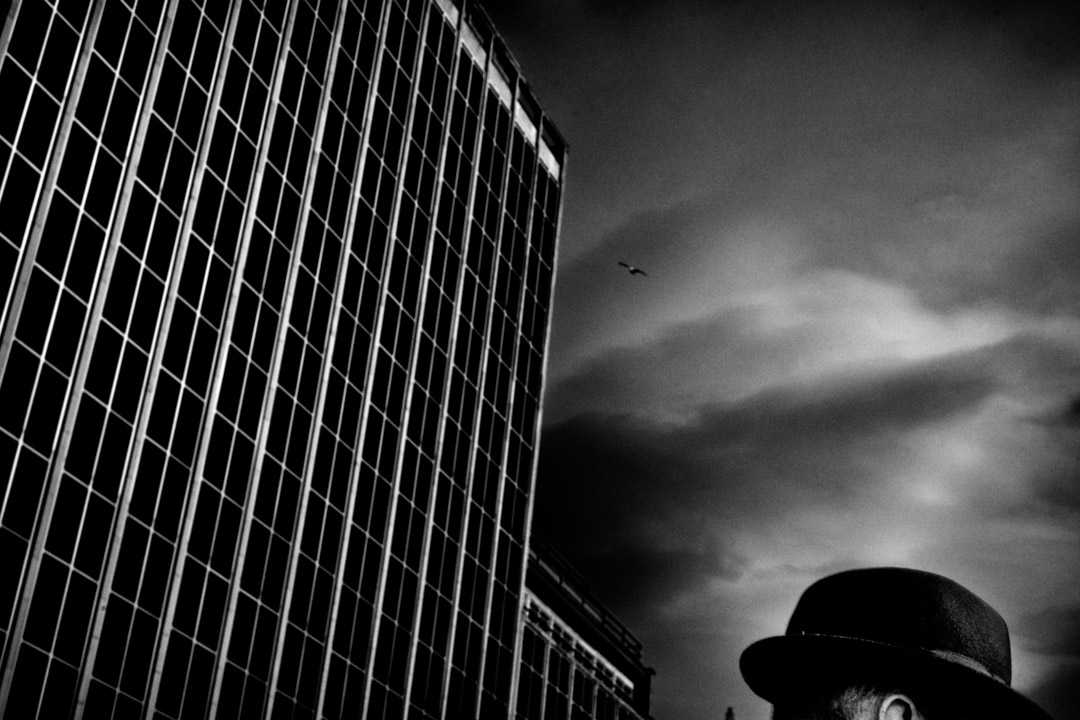 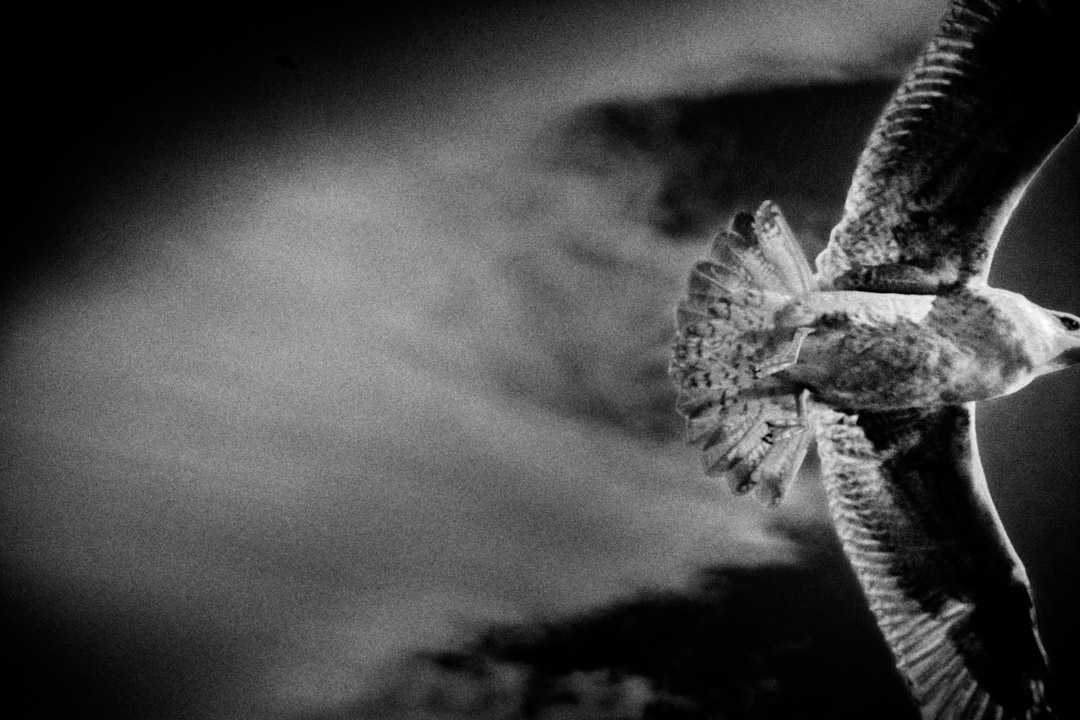 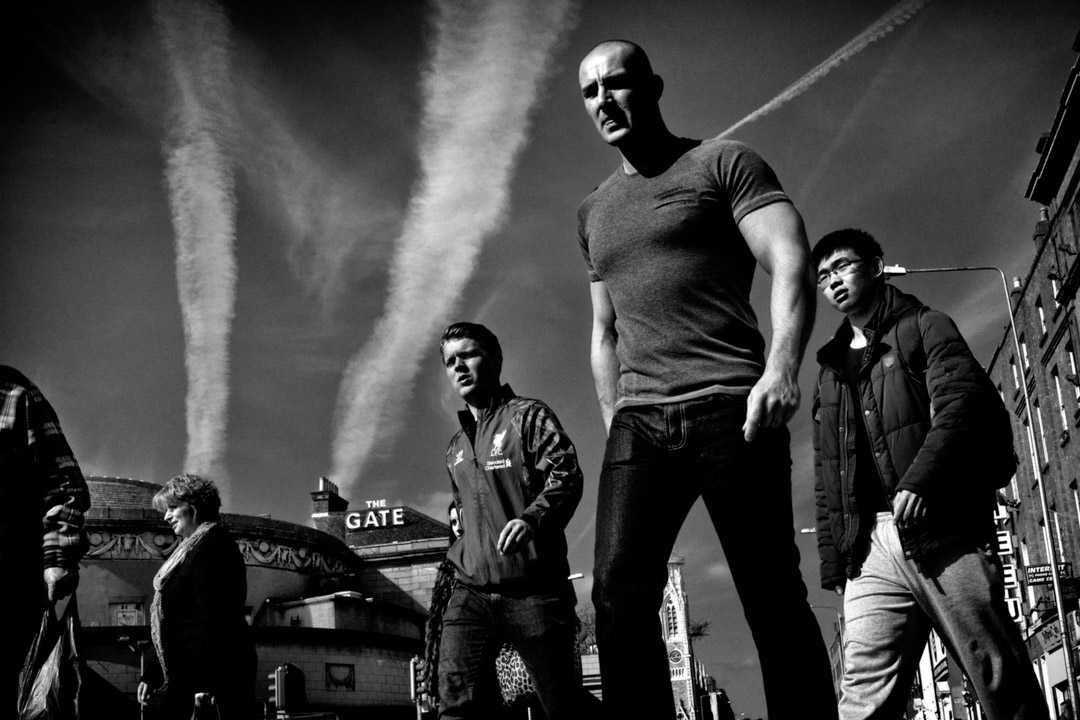 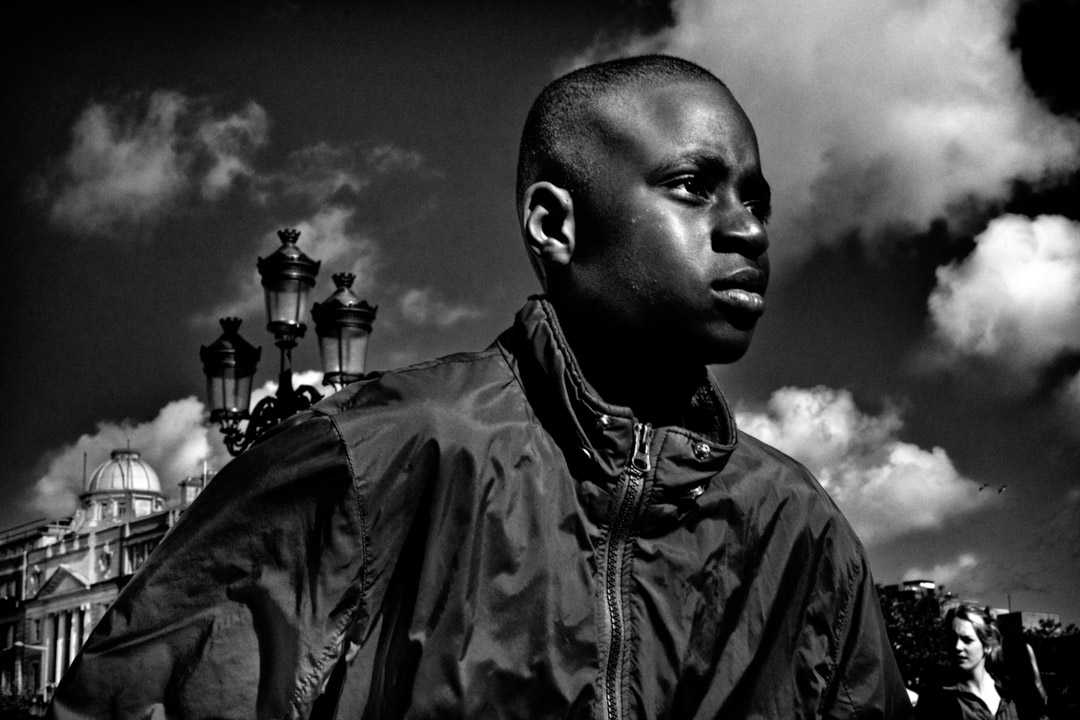 Eamonn Doyle (1969, Republic of Ireland) takes us through Dublin’s main high streets in his second publication ON. Doyle’s street photography boldly interacts with strangers creating garish and powerful figures in his black and white portrayals. Documenting the cultural mix of identities that stalk O’Connell and Parnell streets, Doyle points our gaze primarily towards single individuals, whether actually solitary or standing apart despite others accompanying them in the images.

In ON, Doyle references a stubborn resistance as illustrated by the narrator of Samuel Beckett’s novel The Unnameable, who says: “You must go on, I can’t go on, I’ll go on.” Images span double page spreads with no text incorporated, enabling the fluidity of the immersive journey Doyle takes us on. The large scale of the images – landscape-orientated, and printed across a spread, with most of the images shown longer than 50cm wide – along with Doyle’s aggressive black and white aesthetic gives a dramatic purpose to each individual’s demeanour in their participation of every day actions.

Doyle’s portraits capture individuals’ stature with such striking intention that their presence and character dictate the atmosphere of each image to the audience. Whilst Doyle’s first photobook “i” was comprised of anonymous subjects and obscured figures, his approach in ON directly confronts the figures’ faces and characters with his reductive aesthetic. Although many of the figures treading Dublin’s high streets rarely engage directly with the photographer, those who do appear to challenge the lens, defensive of their own sense of place. The use of severe close-ups and low camera angles (often shot ‘from the hip’) directs our attention to the individual’s rootedness within their own experience, the images’ scale giving a sense of grandness to the everyday inhabitants of Dublin.

ON is available in three different covers, each printed with a different coloured foil and deboss, in a total edition of 999 copies.