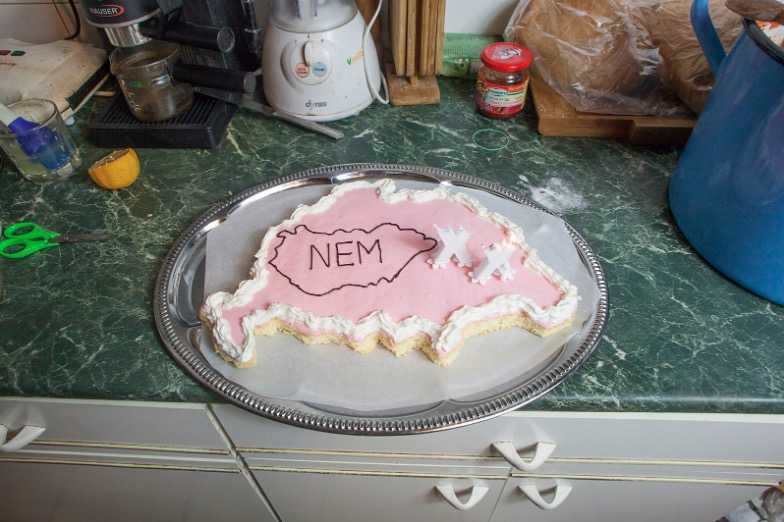 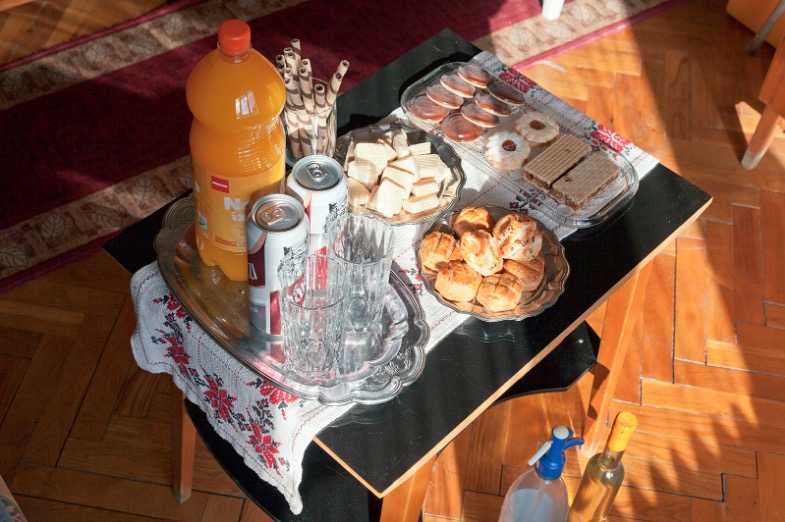 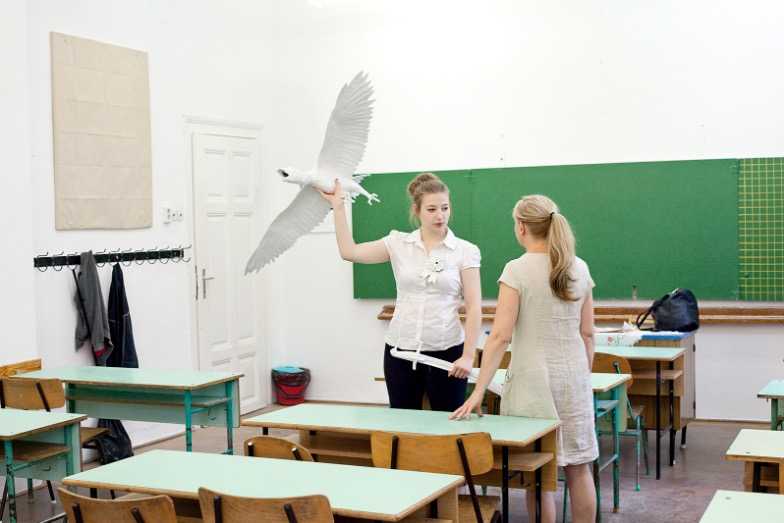 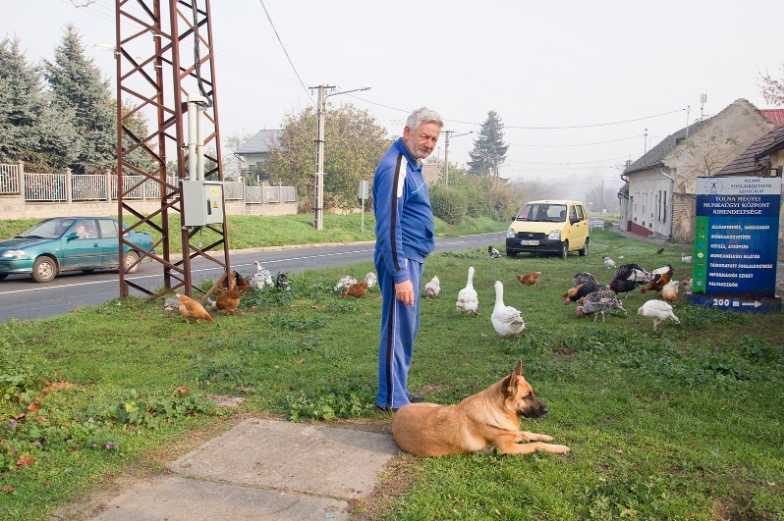 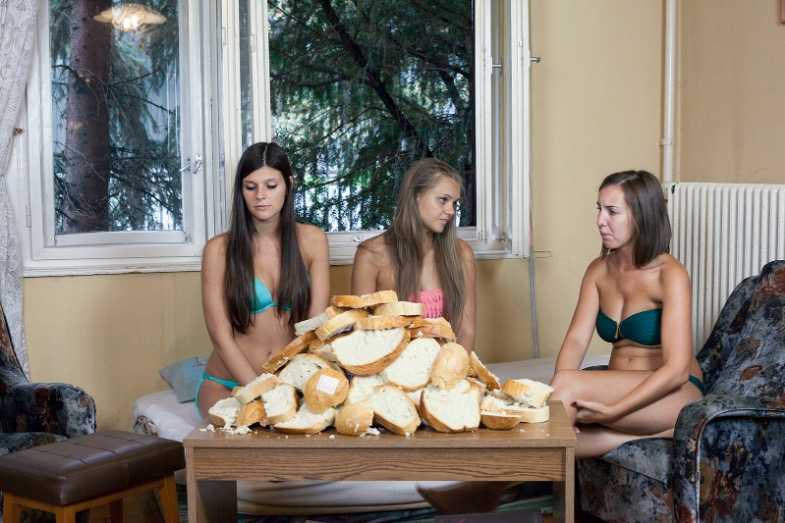 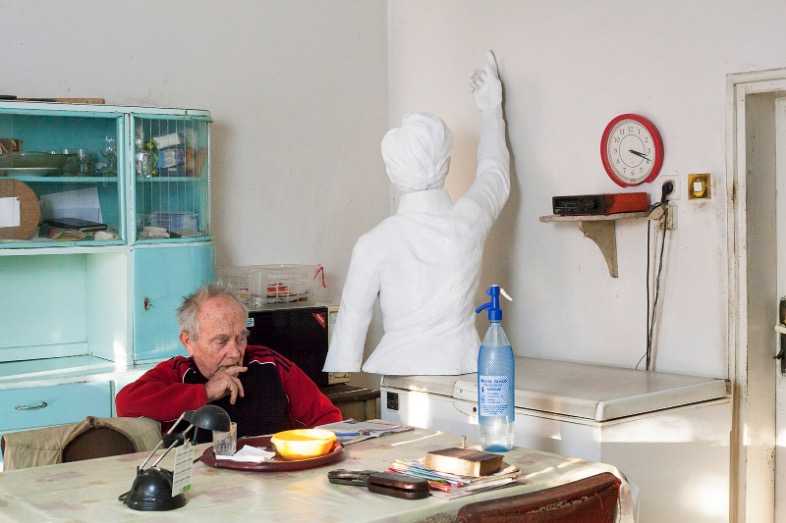 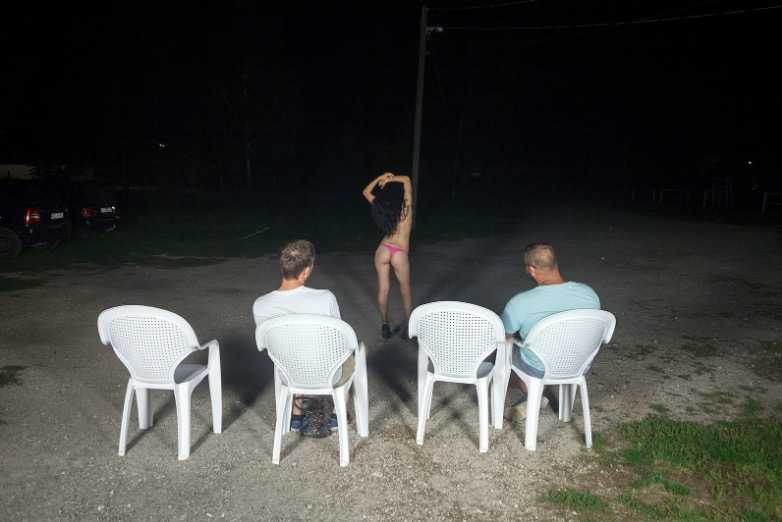 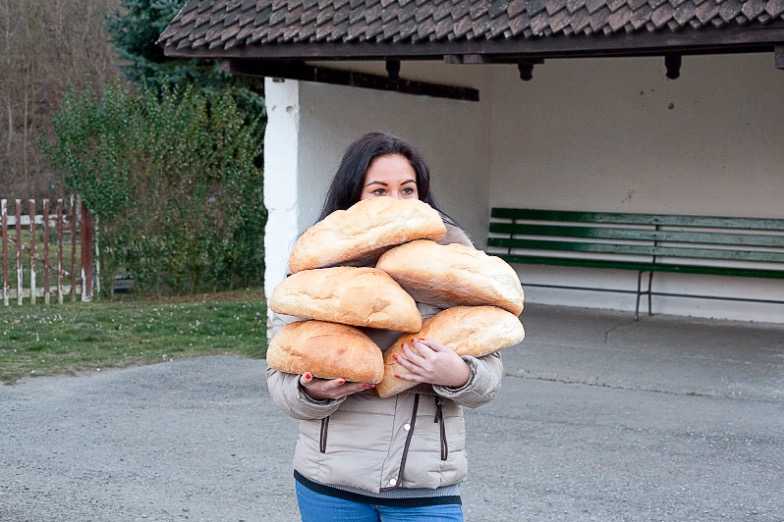 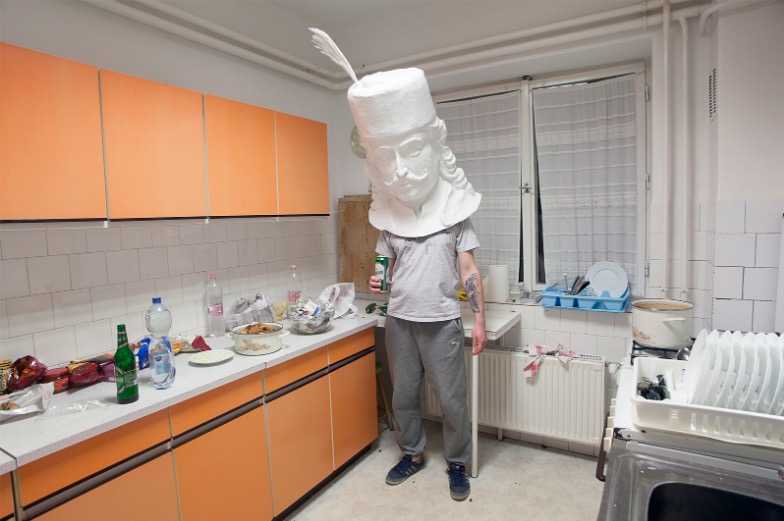 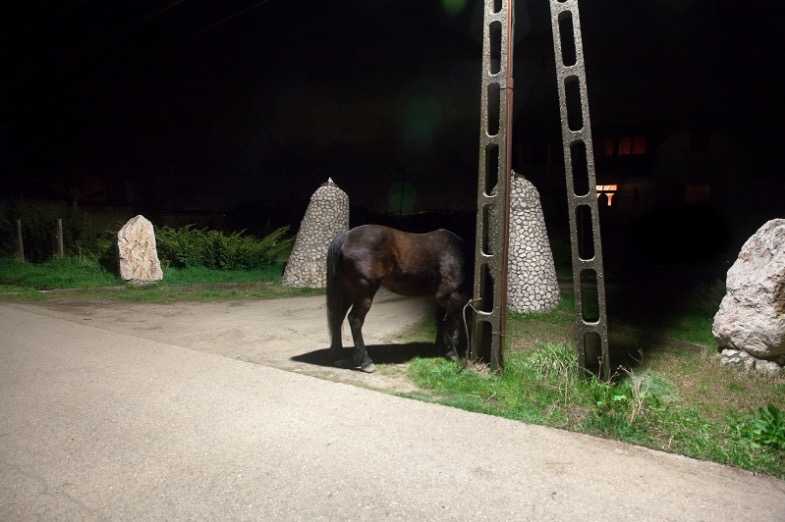 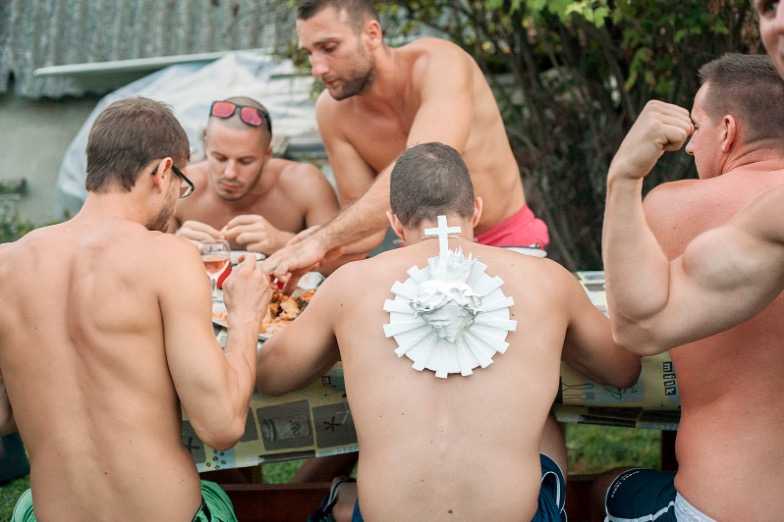 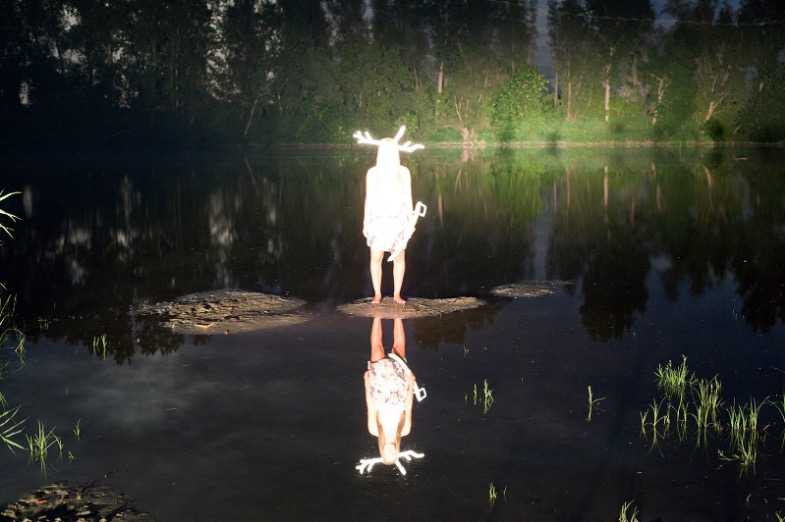 In the series Petőfi’s Corpse, Hungarian photographer Tomoya Imamura (b. 1991, Germany) shows the Hungarian present, where a post-socialist reality nourishes a new form of nationalism. The name of the project comes from the story of Sándor Petőfi, the national poet of the Hungarian Revolution against the Austrian Empire in 1848. He was most likely killed by a Russian Soldier while fleeing the battle – not a very heroic death for someone who called for the protection of the homeland in his poems. However, the exact cause of his death was never confirmed by the authorities and remains a mystery to this day. This is while Petőfi himself became a worshiped figure in Hungary and was even elevated to the canon of saints by the Catholic Church.

Another important symbol that pops up in Imamura’s series is the 1kg loaf of bread. It is a standardised remnant of the socialist system, but also a metaphor of the body of Christ. By depicting people surrounded by huge pieces of white bread, the artist shows his critique of the religious aspects of the Hungarian right-wing-movement.