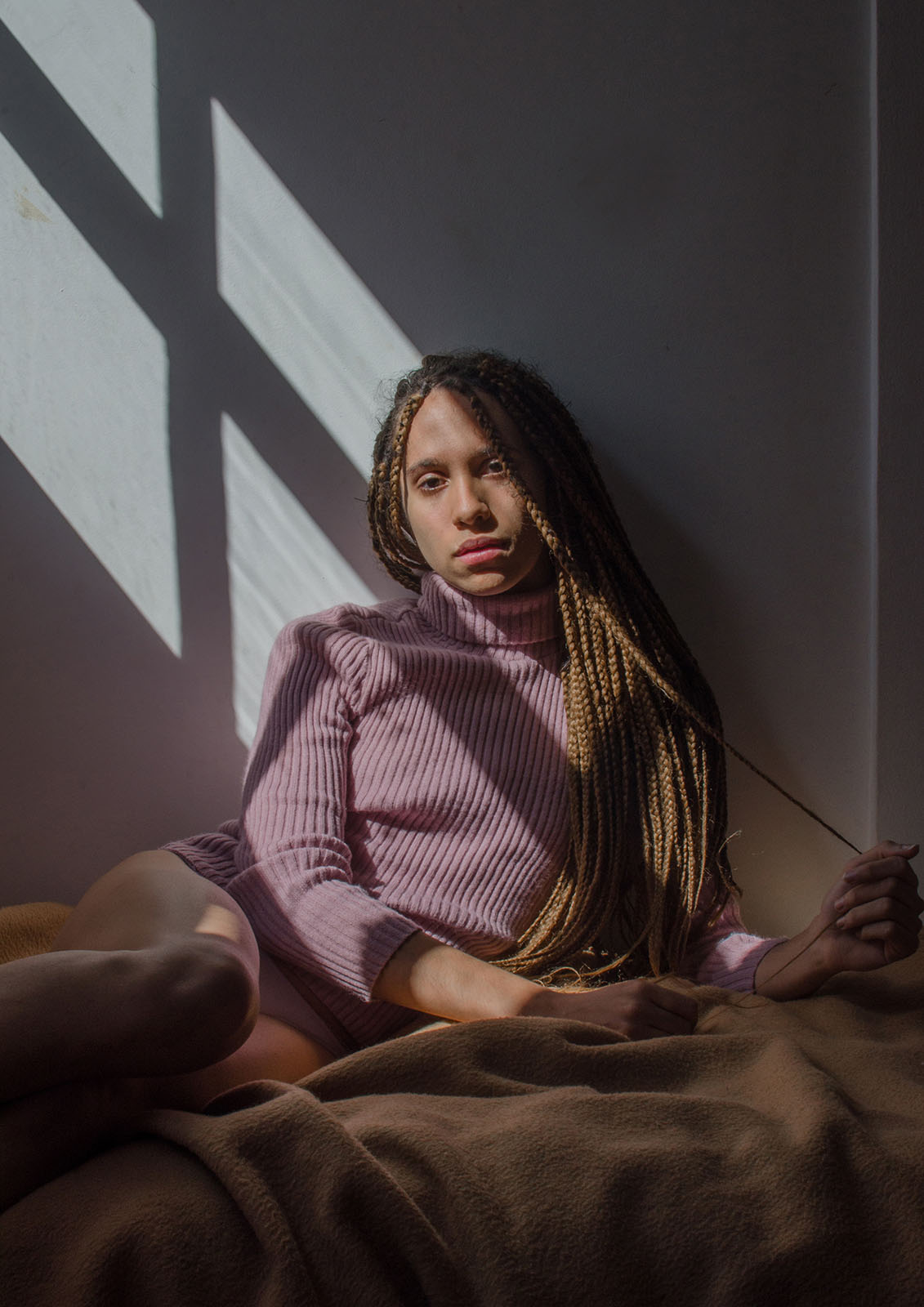 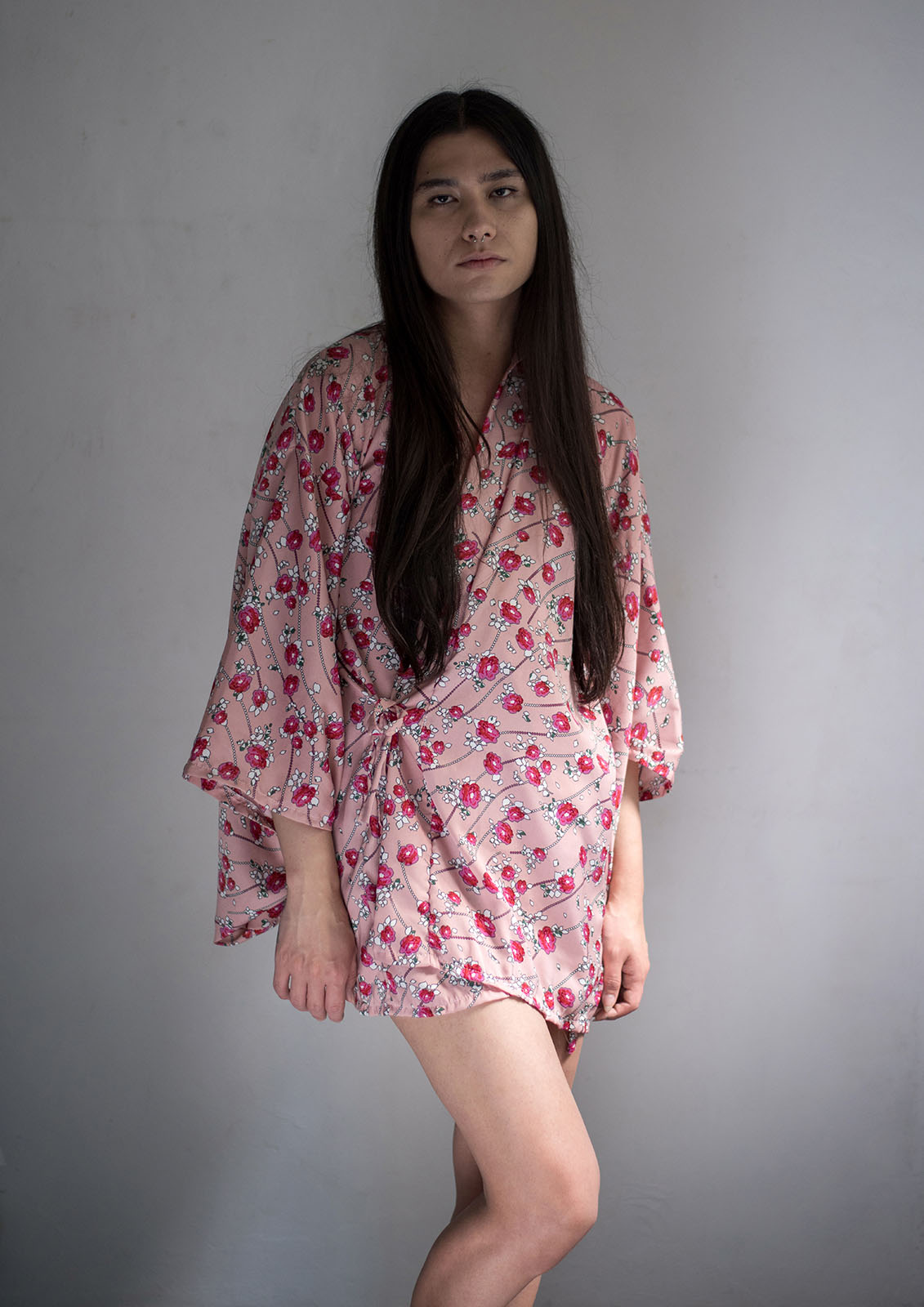 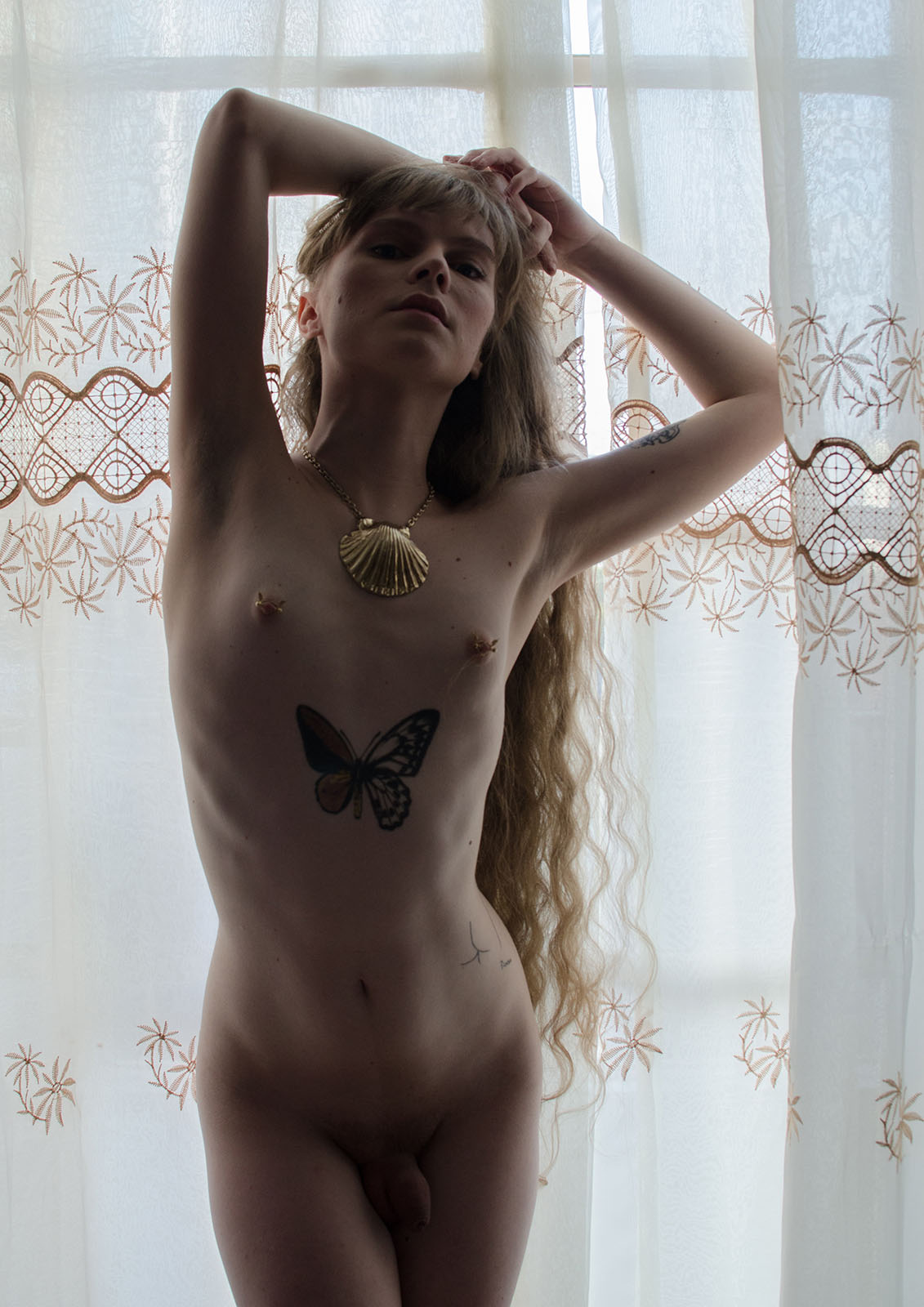 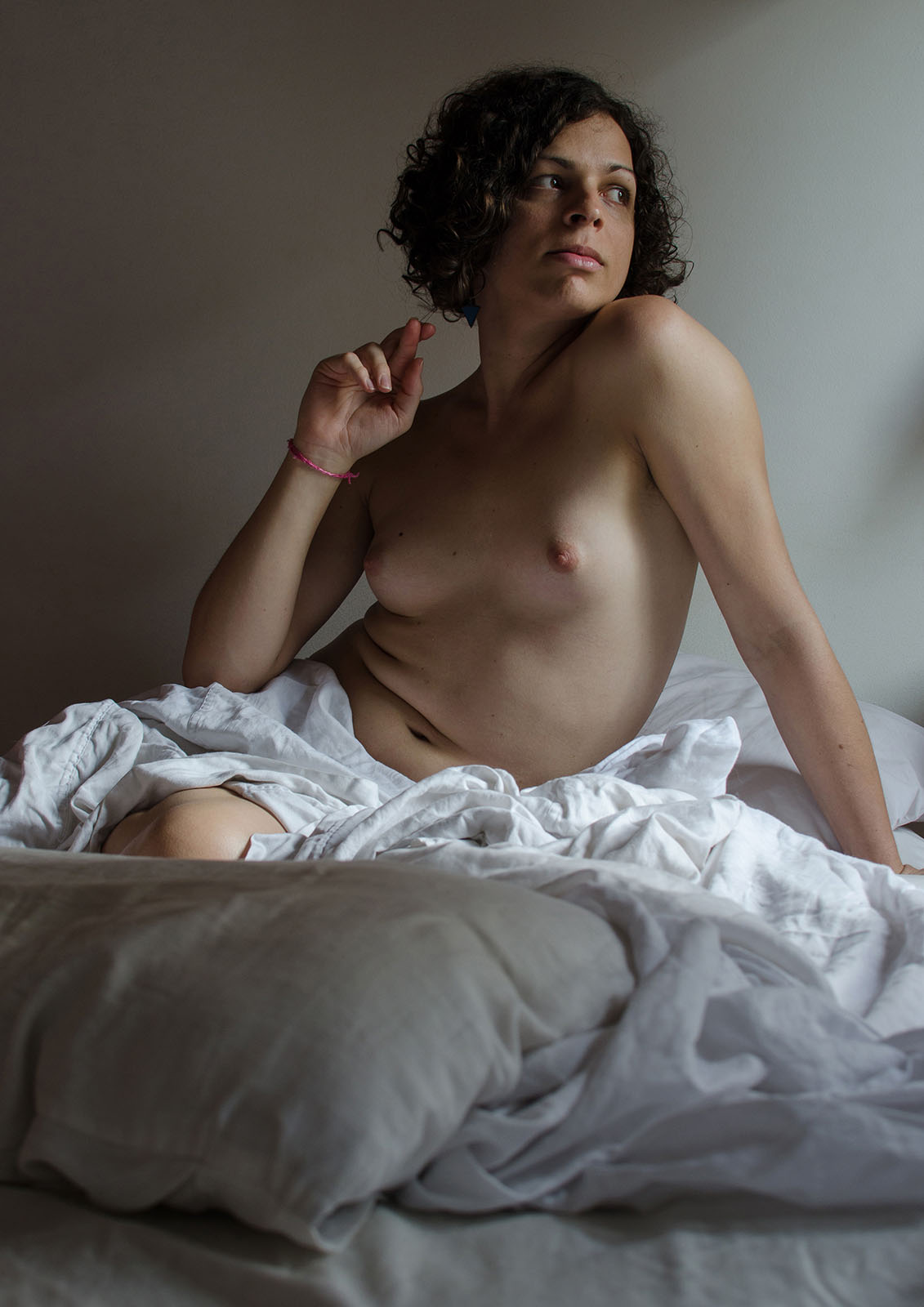 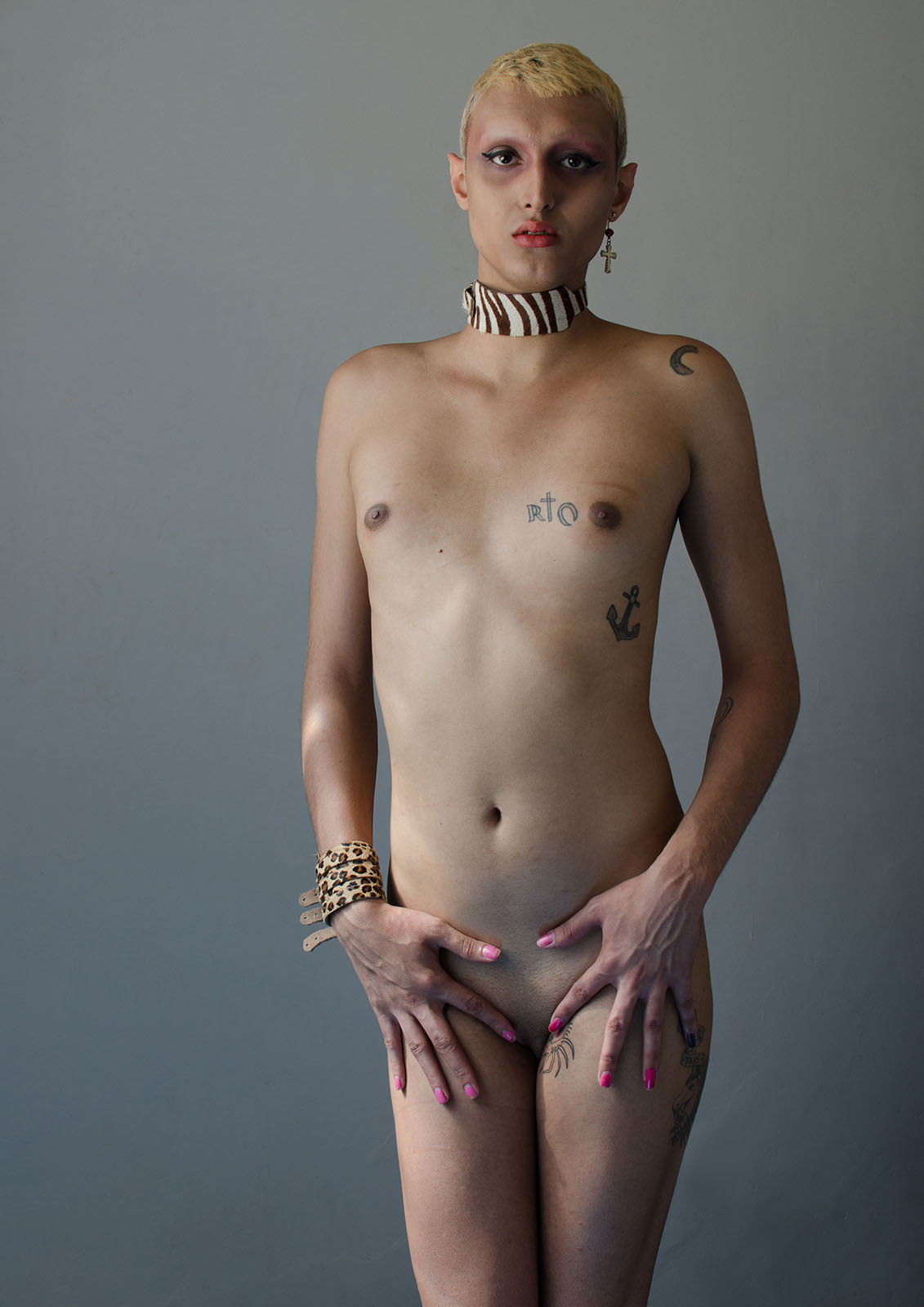 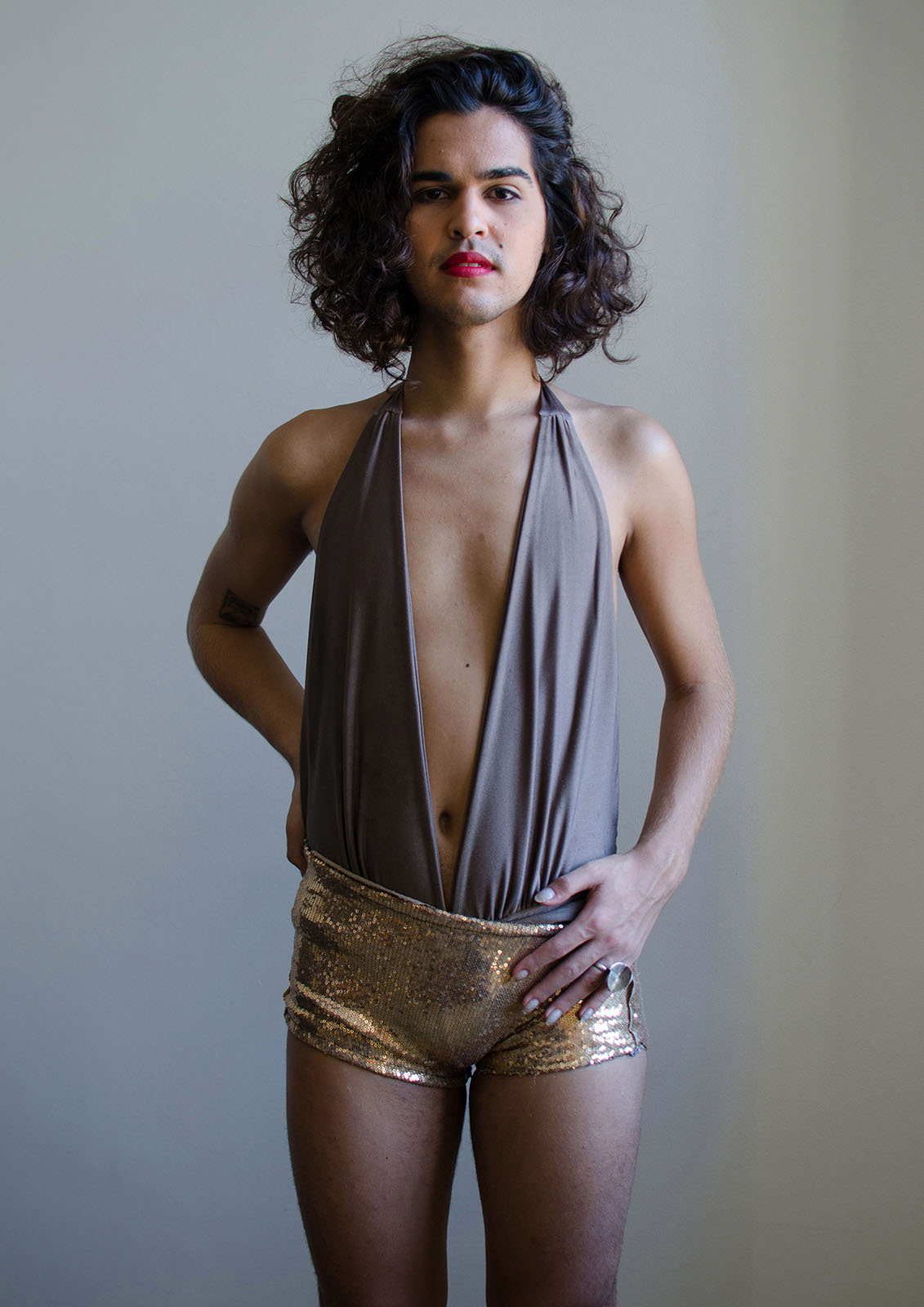 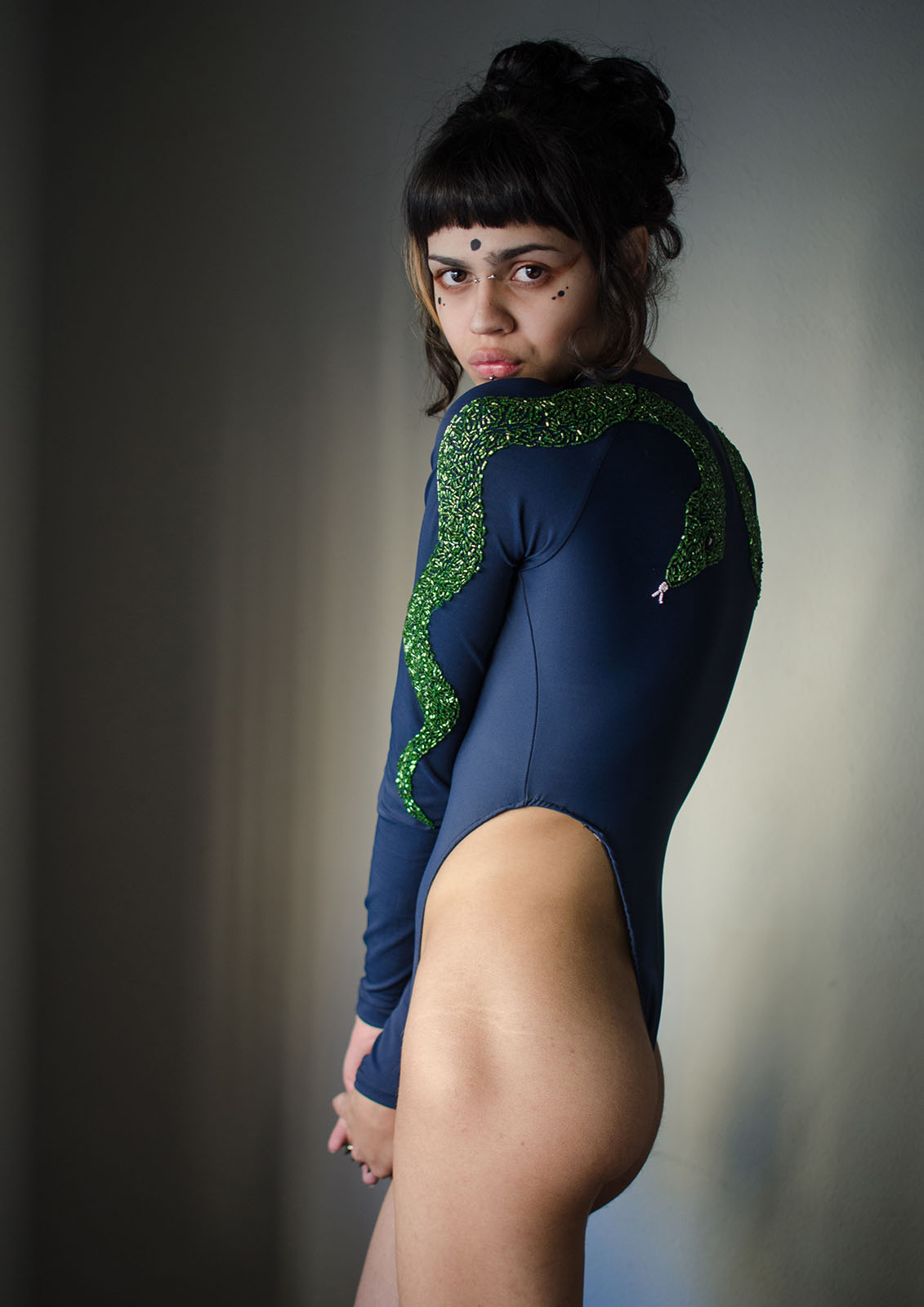 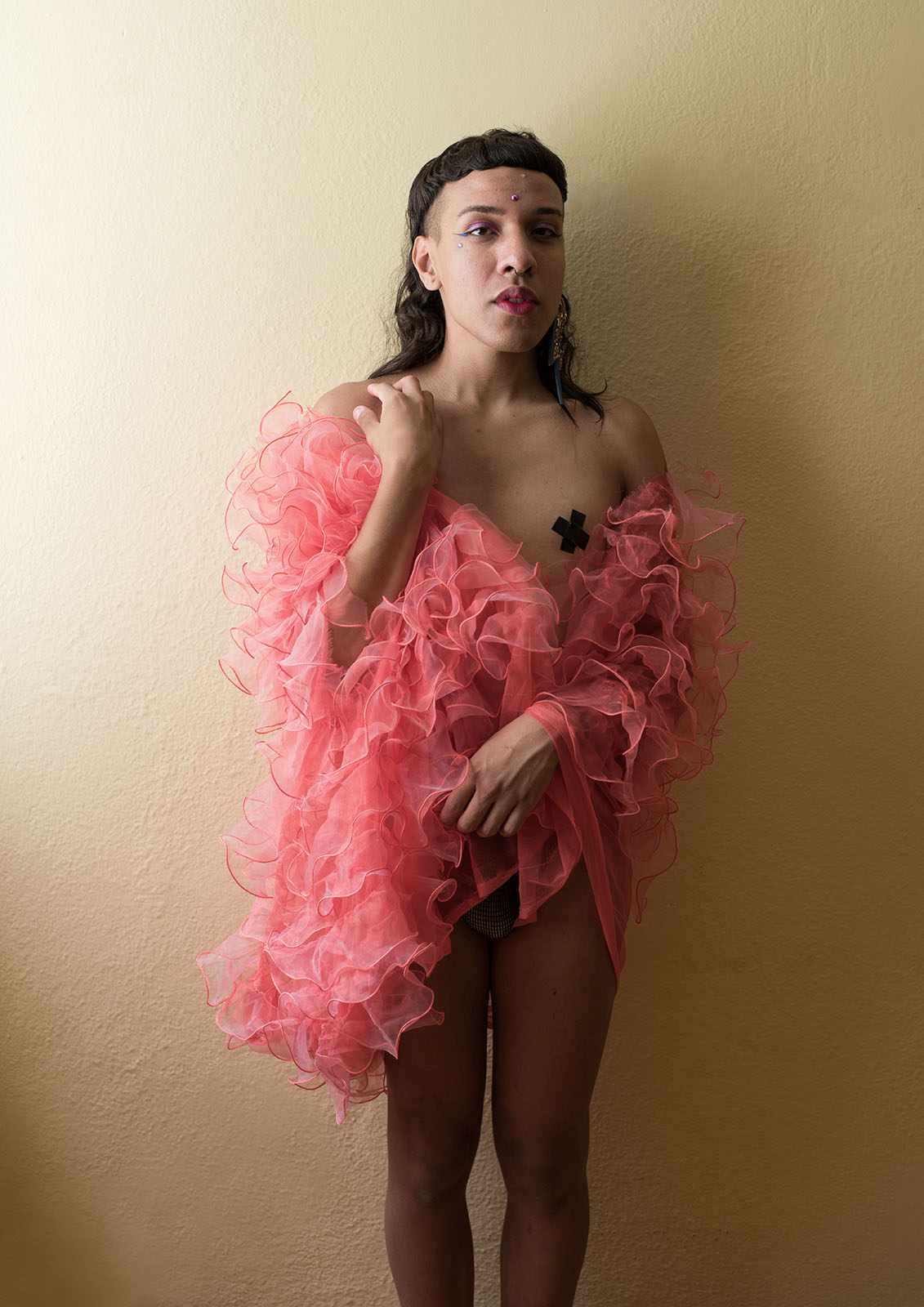 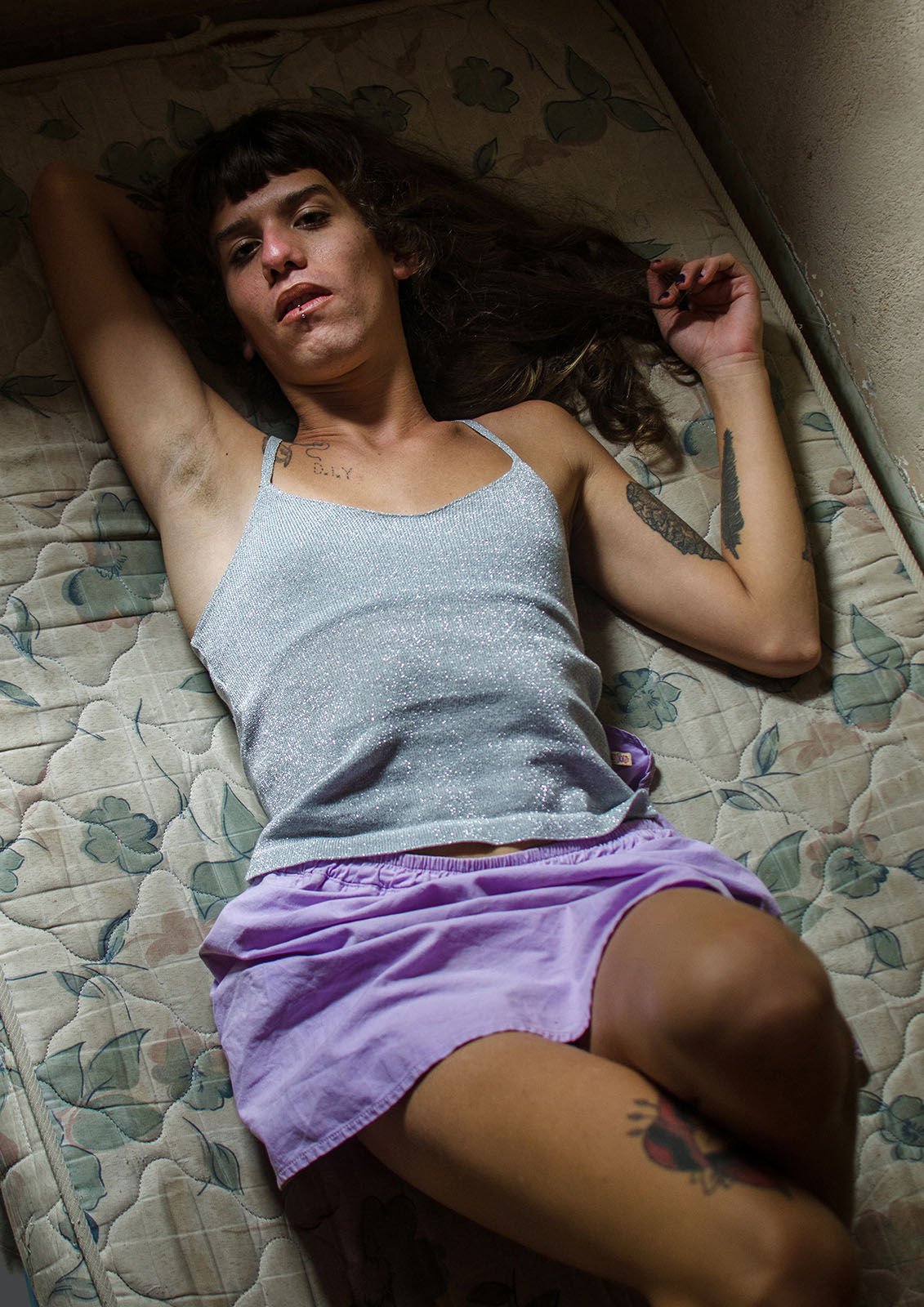 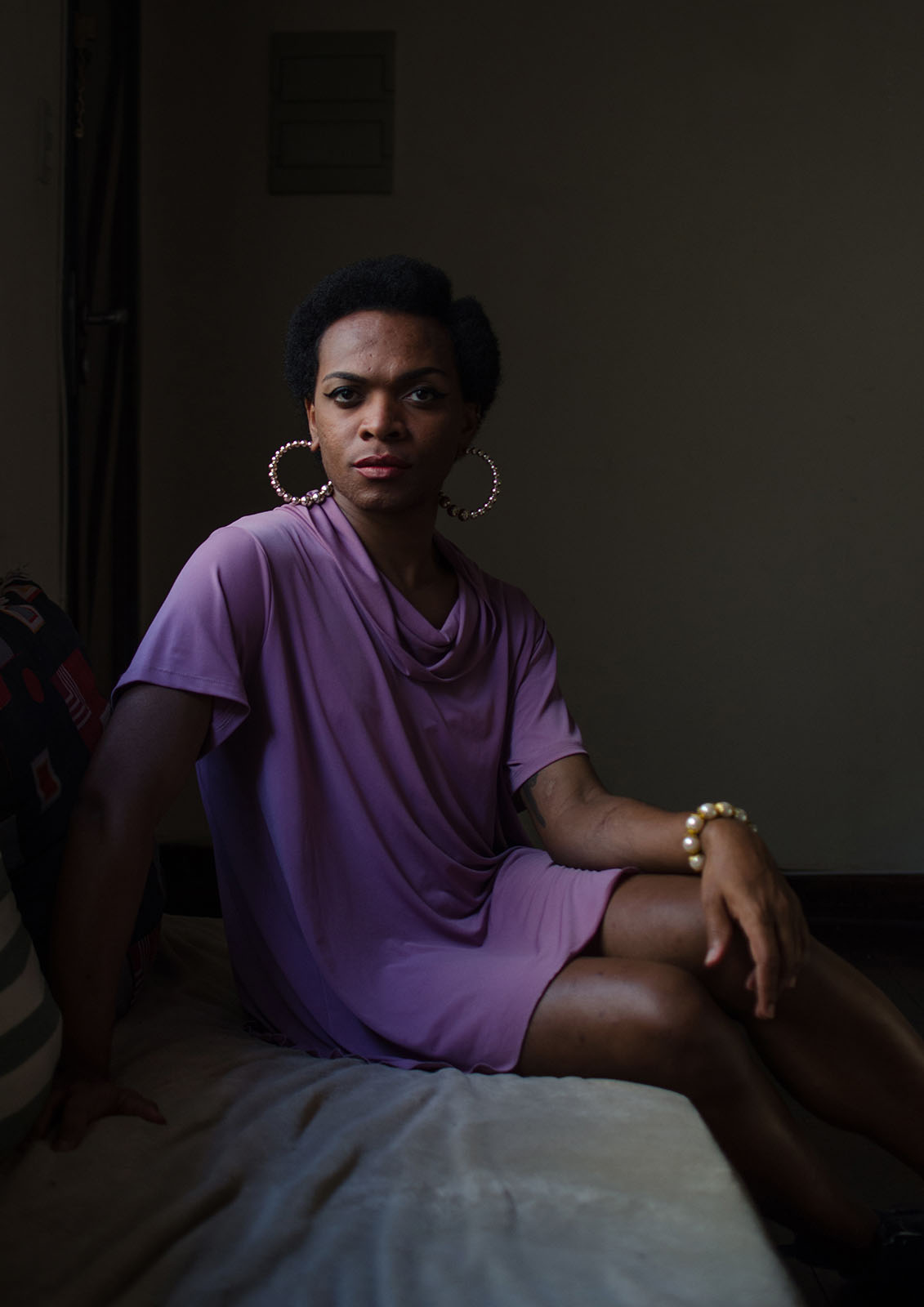 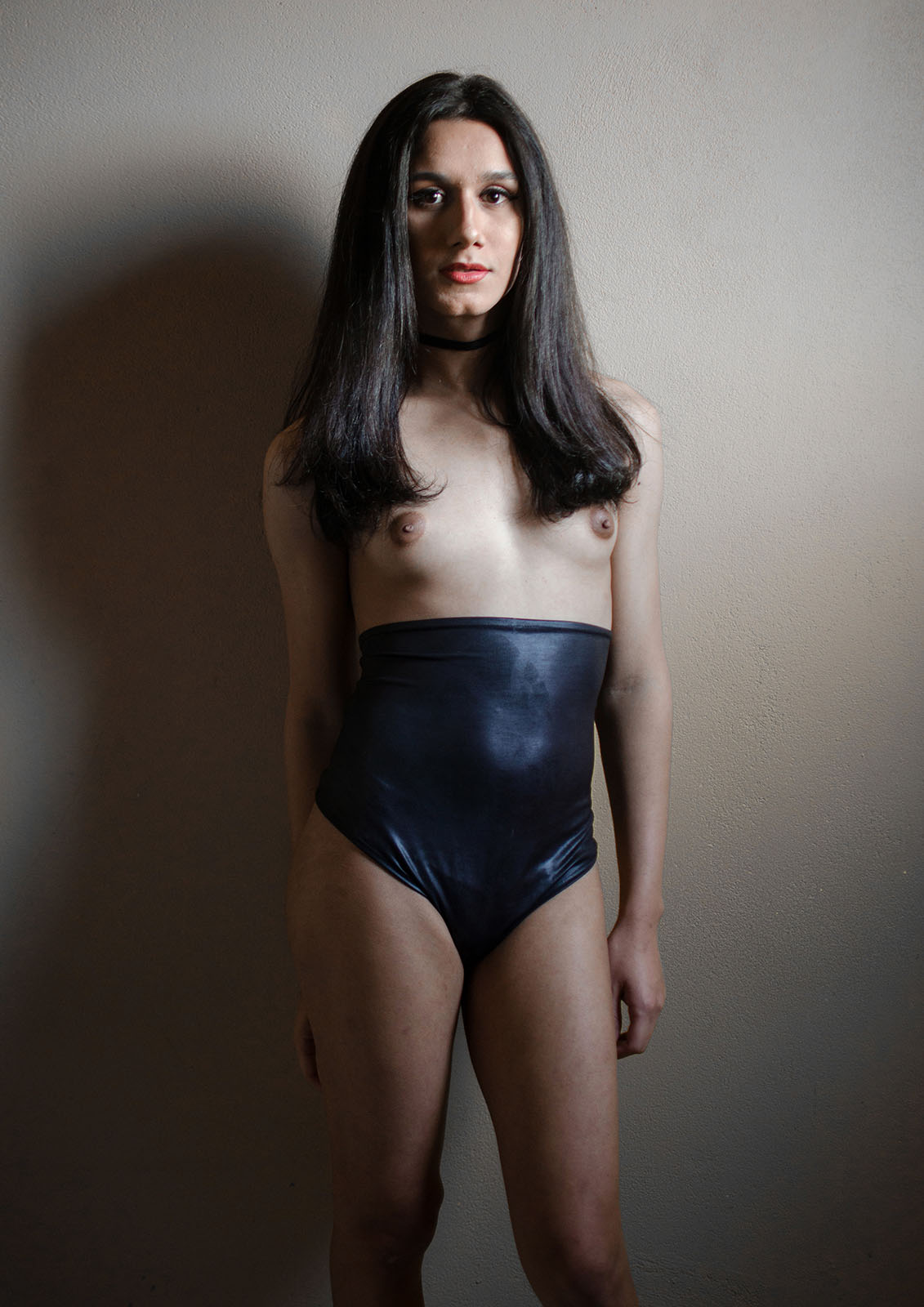 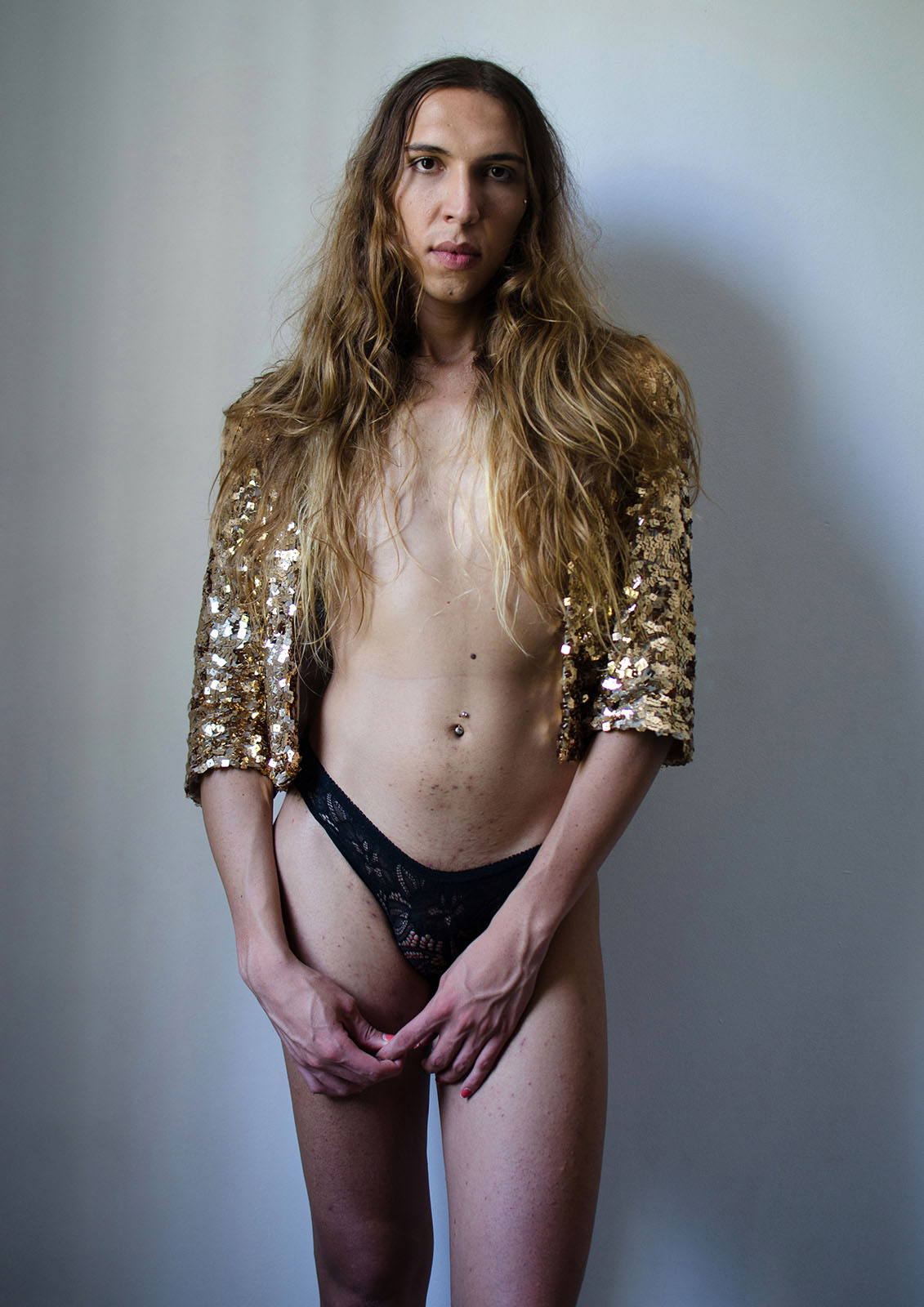 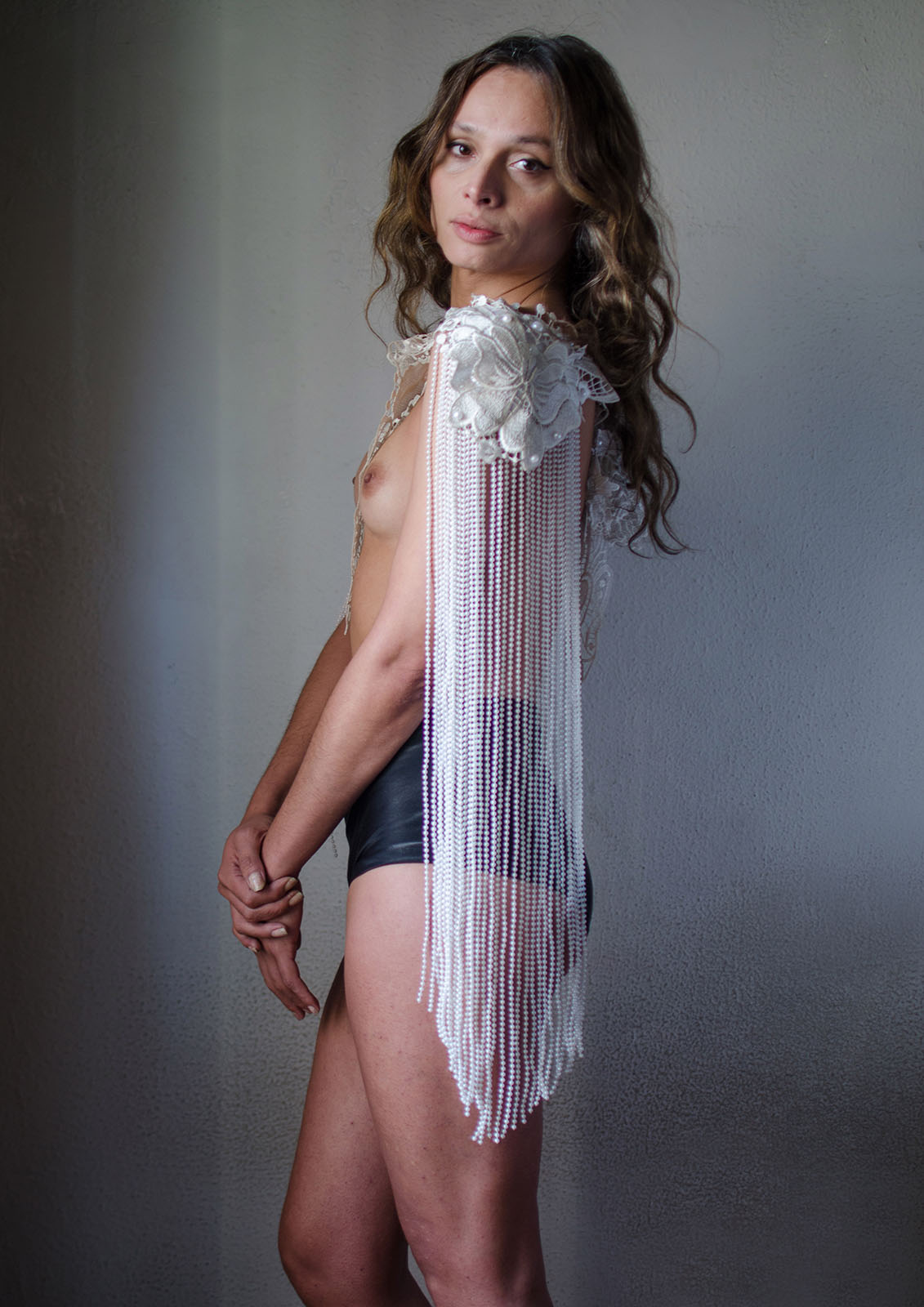 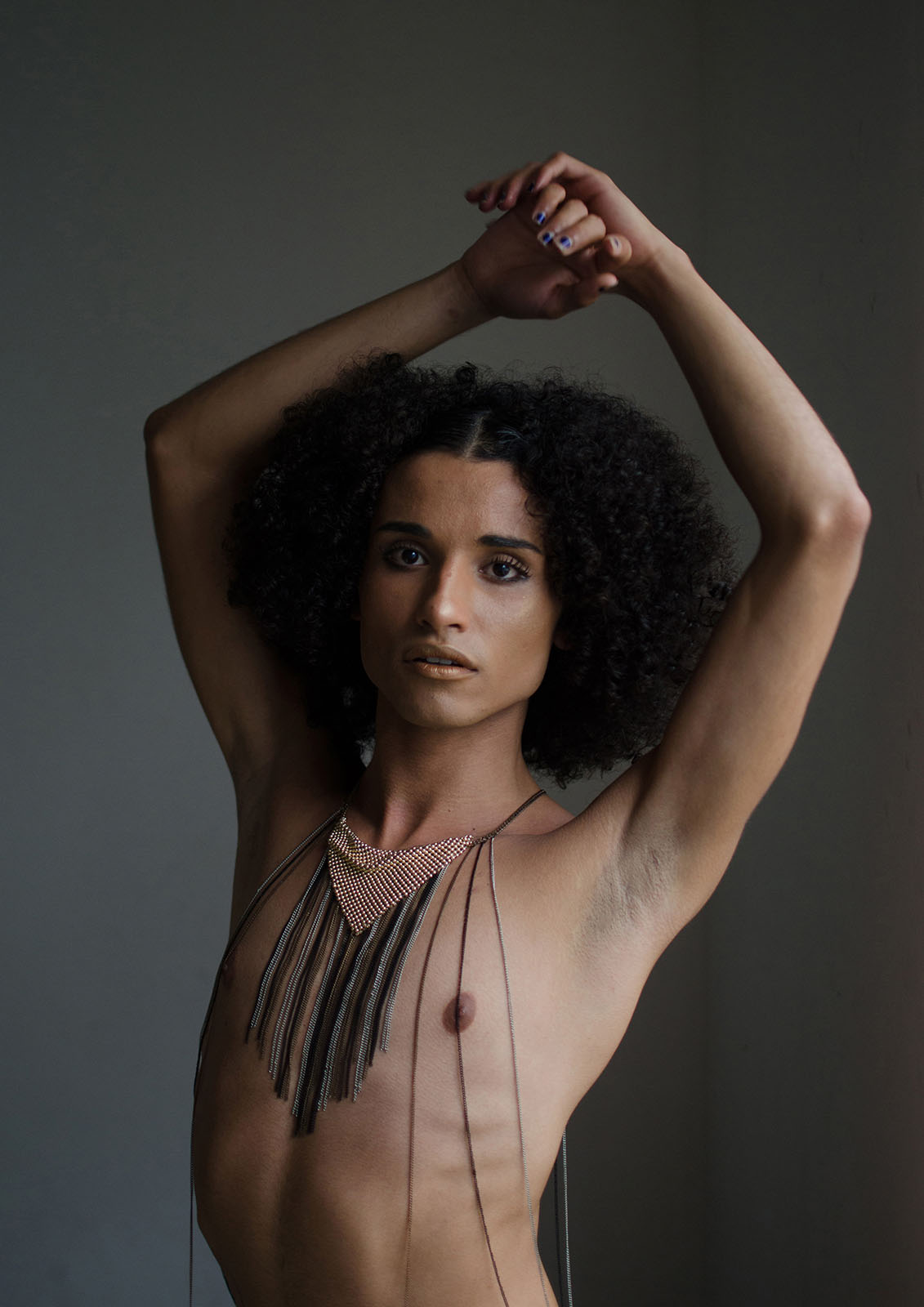 It is somehow complex to translate “Abaixa que é tiro”, the title of the latest series of Camila Falcão (b. 1977, Brazil). It is a reference to the reactions of the portrayed and their friends, who started commenting  ‘Abaixa que é tiro!’, celebrating their bodies exposed on social media. The expression is used widely among the Brazilian LGBT community to address that something really awesome/fabulous is about to hit you. More in general, however, it could be said that “Abaixa que é tiro” signals a paradoxical relationship between fear and empowerment.

When Falcão started photographing the transgender community in São Paulo, Brazil, during her volunteering period at the Centre for Reference in Defense of Diversity, she started to post the pictures on Instagram. Eventually, this would become a 3-years research project.

It is interesting to notice that although most of those portrayed are partially naked, Falcão never asked any of them to take off their clothes. After building a trustful relationship with them, it became clear to her that one common desire was shared among her ‘models’: they all wanted to forge cis pattern-free models of femininity.

Despite being a cisgender female, Falcão is well aware of the complexity of her position in relation to the portrayed, as well as the discriminations they still suffer. ‘Abaixa que é tiro’ reveals a delicate deconstruction of stereotypes commonly related to trans women and transvestites.

Through simple decisions, such as choosing natural daylight and neutral backgrounds, and letting the portrayed choose how exactly they would be photographed, Falcão turns her work into an honest collaboration, breaking a rigid bias to present a normal, imperfect trans body that doesn’t want to be labeled as male but it refuses to reach an impossible female body.

Camila Falcão is a photographer and art director based in São Paulo, Brazil. She focuses on documentary and portraiture and she is currently documenting transgender women in Brazil.