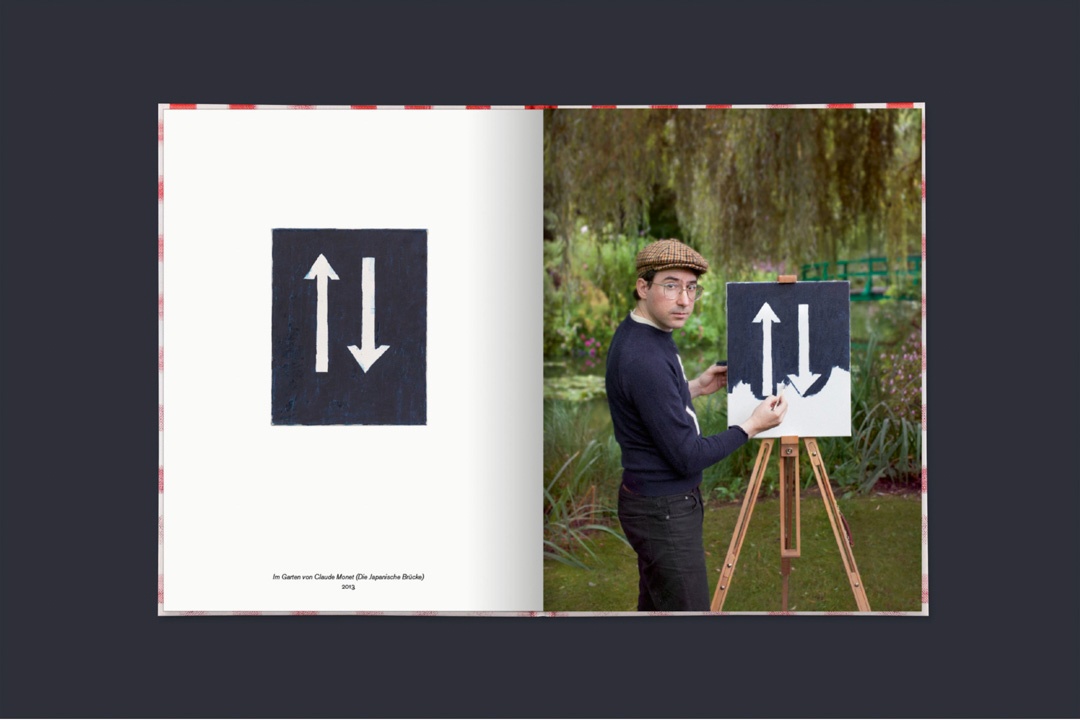 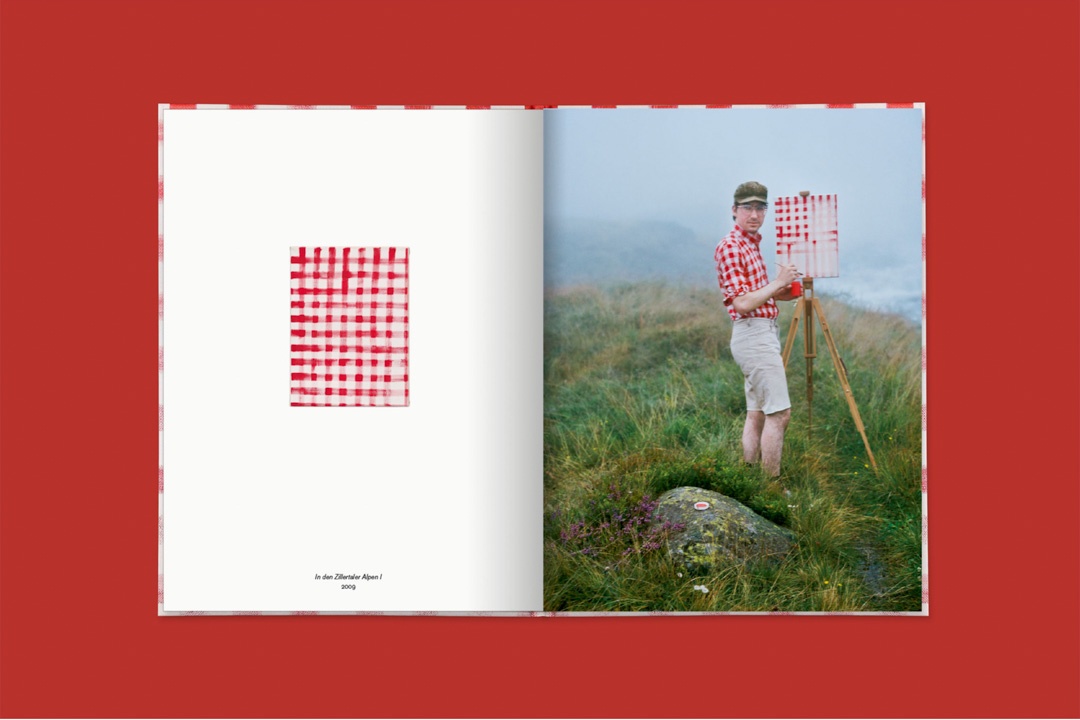 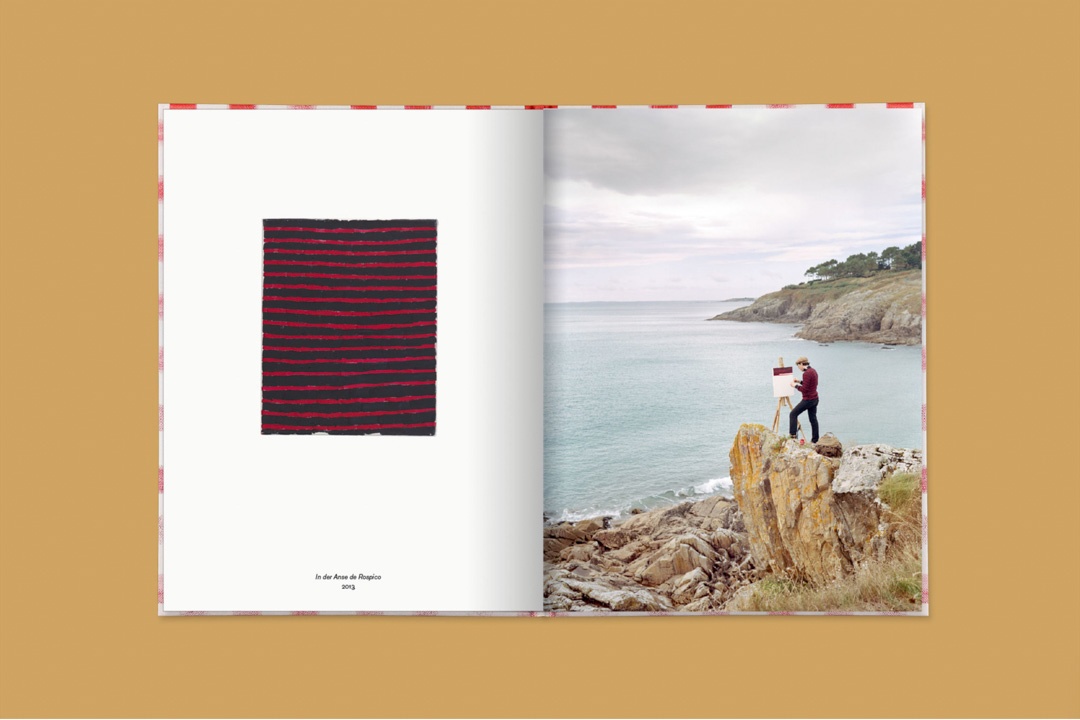 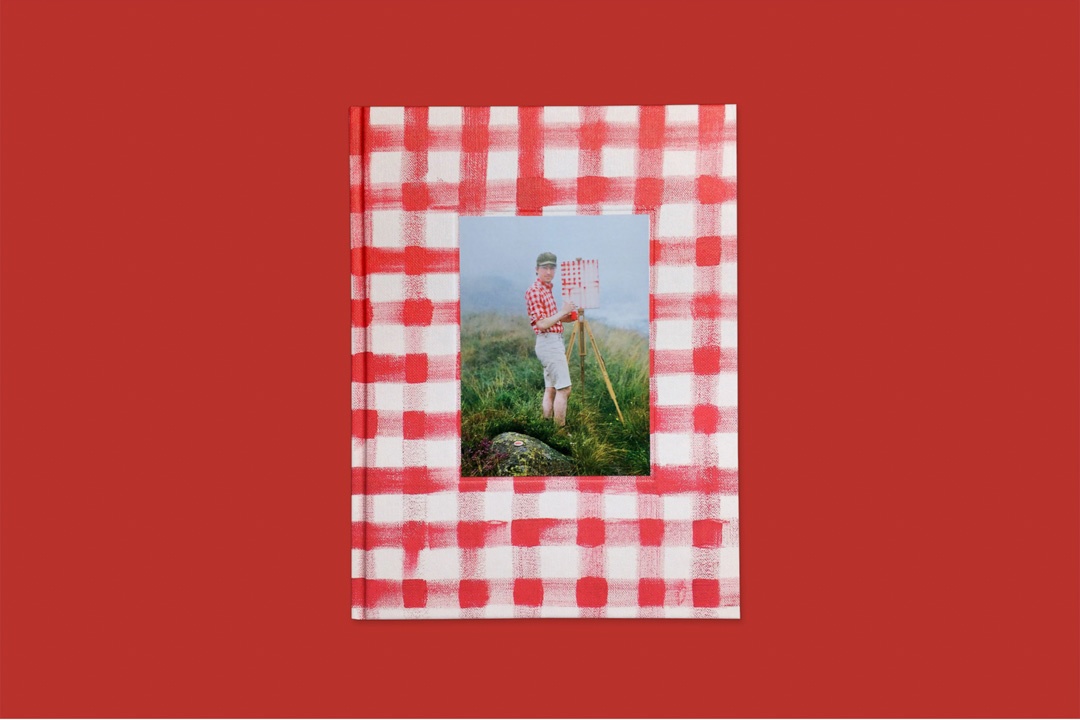 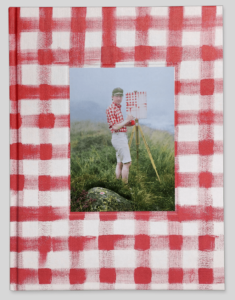 Beret and an easel in check, artist Hank Schmidt in der Beek and photographer Fabian Schuberthave collaborated on a series of images that lampoon the en plein air paintings immortalized by 19th century impressionists. In each scene, we see Schmidt in der Beek play his role as the artist – but it’s not the breathtaking landscape before him that he’s painting, it’s the print on his own shirt.

The photographer – artist duo have documented their collaboration on this unusual and amusing series in a peppy, checkered hardcover book, Und im Sommer tu ich Malen, which translates in English to ‘And in Summer I Do Paint’. Pictures of the artist at work in nature are positioned side by side with his completed painting, putting the work in context, and reminding us of the absurd and fun way of turning the tables on tradition.

As humorous and straightforward as it seems, each photograph presents the viewer with layers: a photographer taking pictures of a painter, who paints the patterns of his own shirt, in locations that visually refer to a time past. With their pilgrimage to these places, the artists overtly acknowledge the work of their predecessors, but the bold stripes and checks on the canvas demonstrate a rejection of a bygone era, creating a paradox of reverence and irreverance.

This subversion is probably why Schmidt in der Beek appears so nonchalant in the photos. By defying expectations and painting the unexpected, his attitude reflects the mindset of the impressionists, who pursued the creation of art that was modern, deviating from the norm at that time. The paintings, and Schubert’s photographs, resonate with the modern tendency for art to look to the self, rather than the world around – even amidst a beautiful natural scene. The result is a contemporary work that makes a playful jab at the rigid pretentiousness of the art world and the self-absorption of modern life while being hilariously funny.

Und im Sommer tu ich malen was published in 2016 as a first edition, which sold out, together with a limited special edition. The book has now been released as a second edition and is available from Edition Taube.