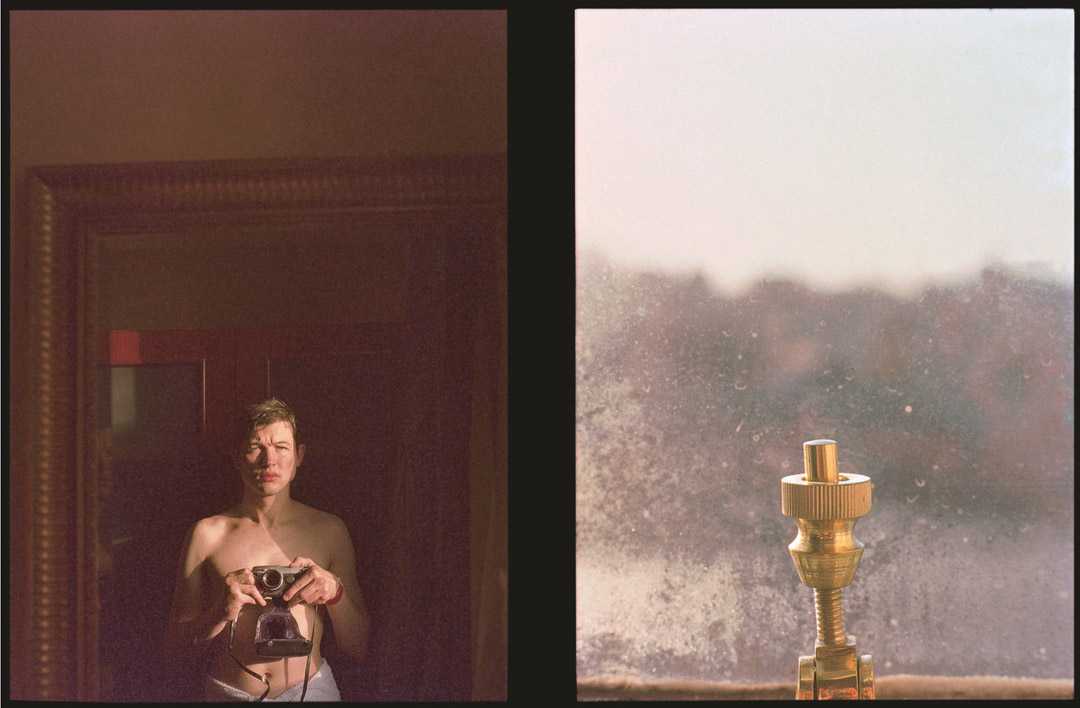 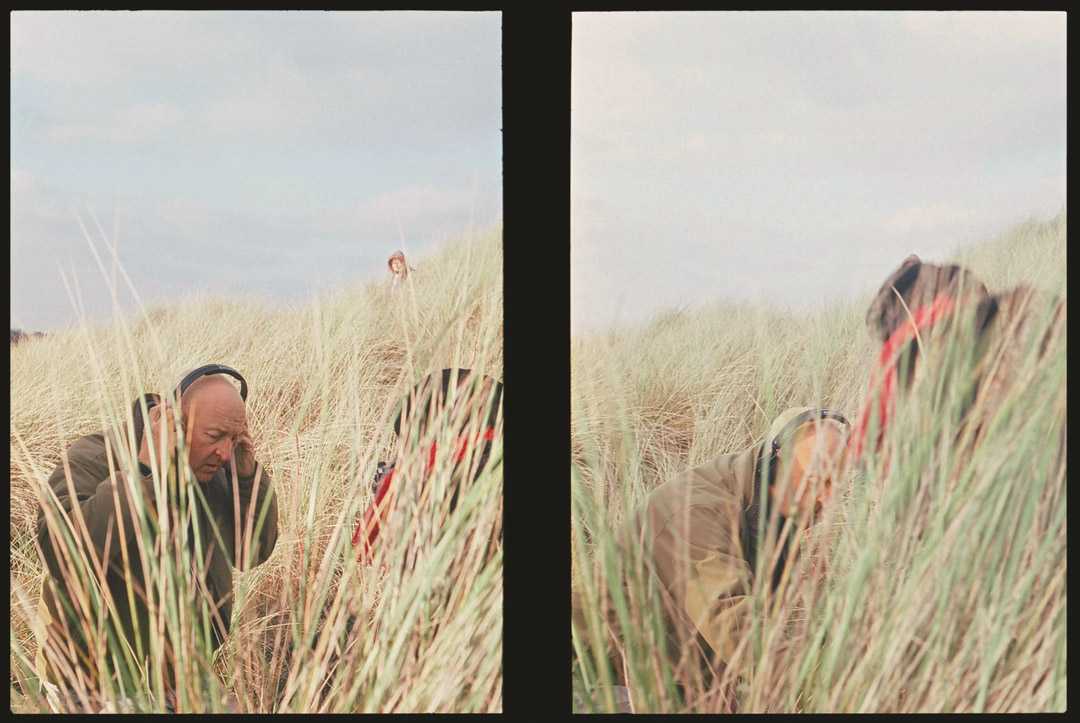 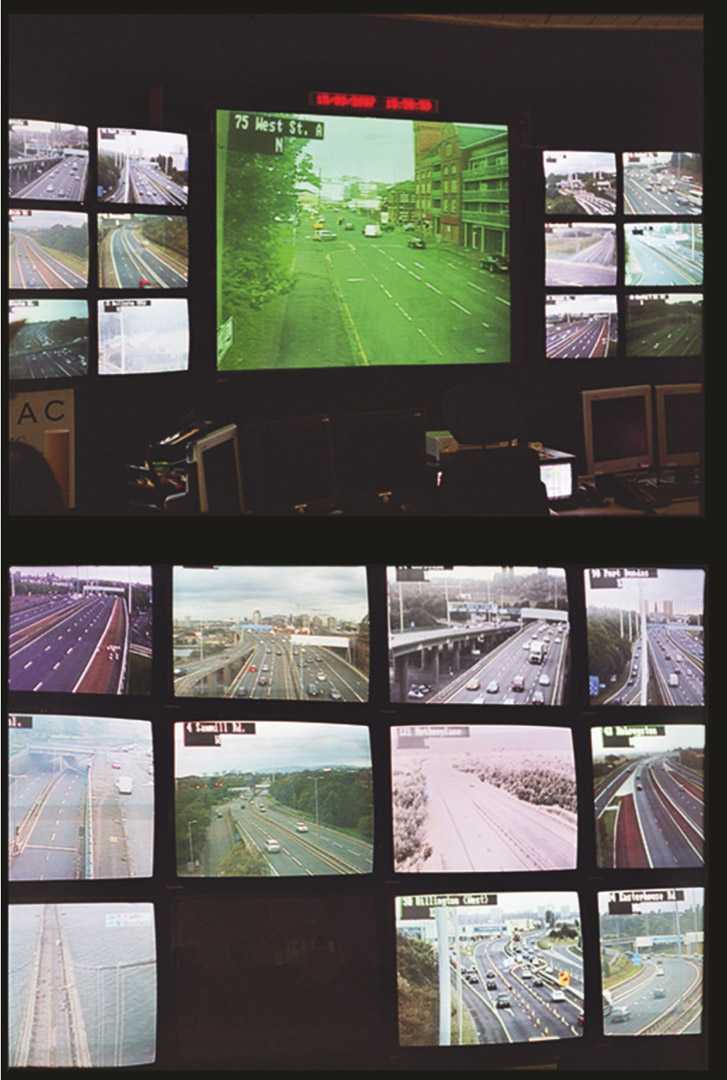 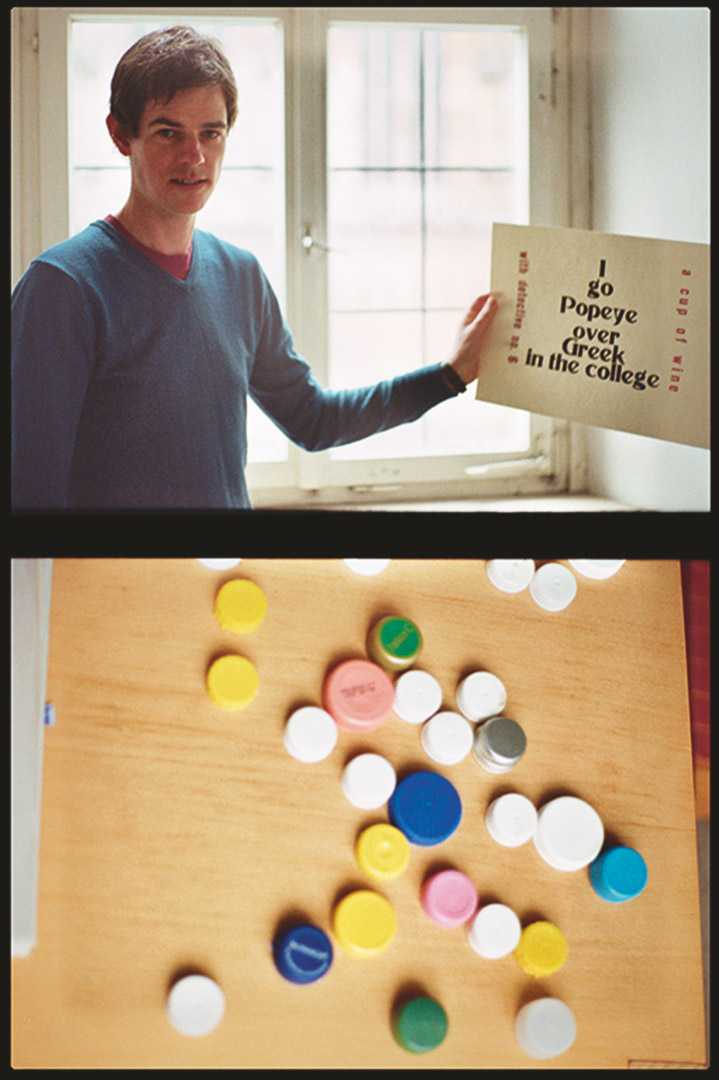 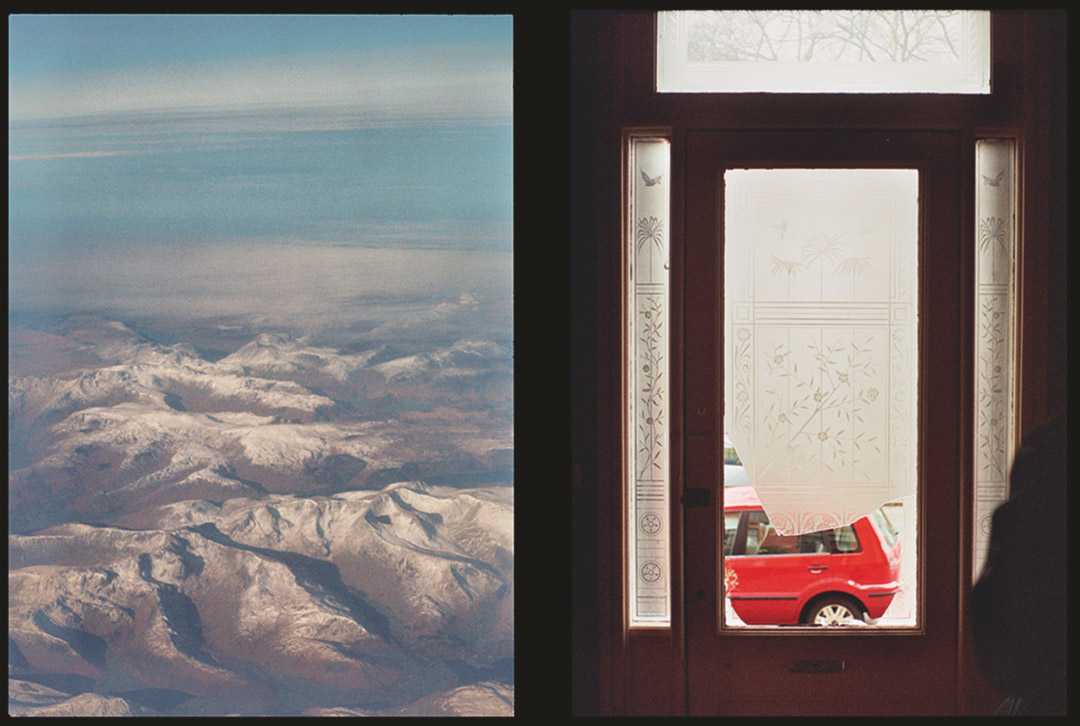 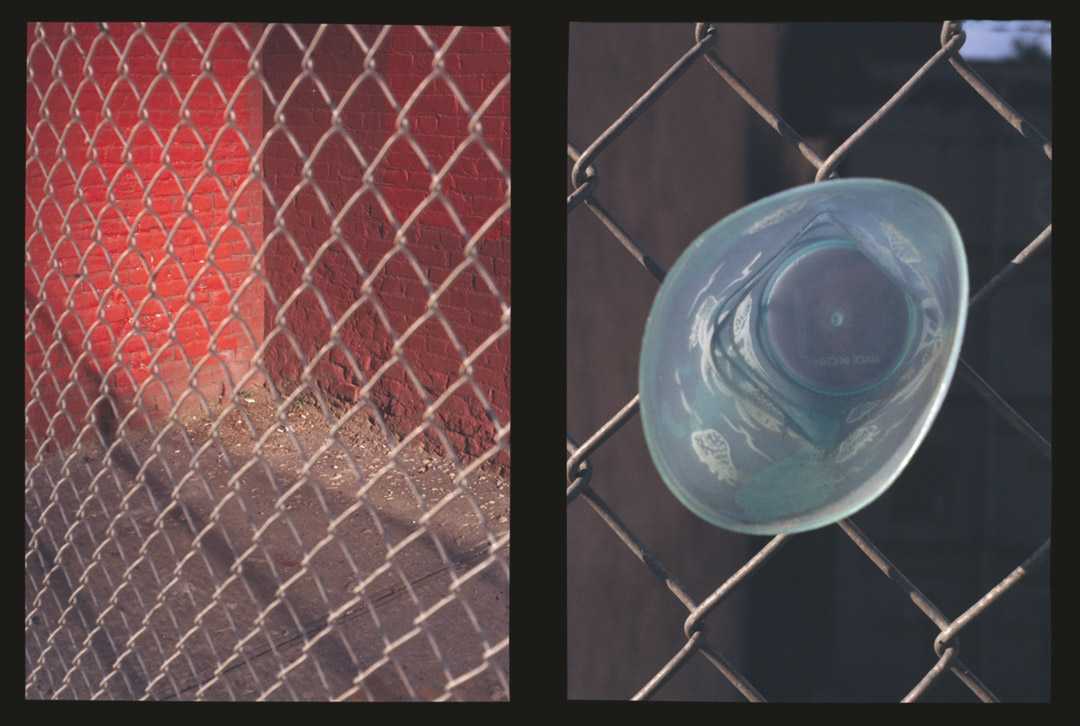 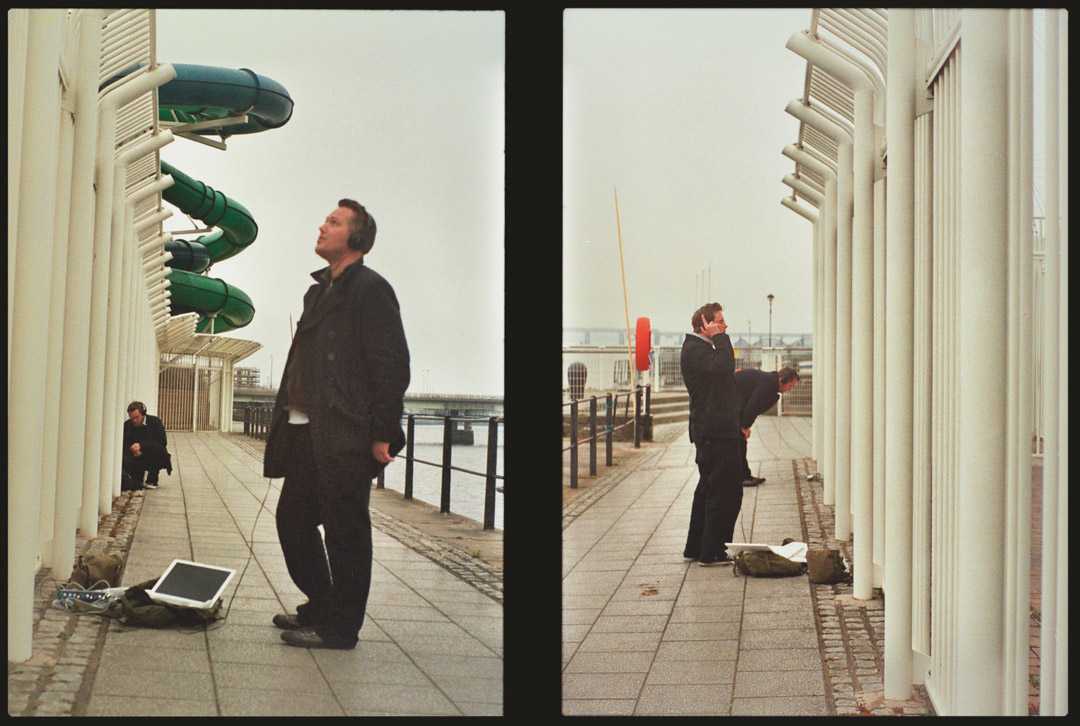 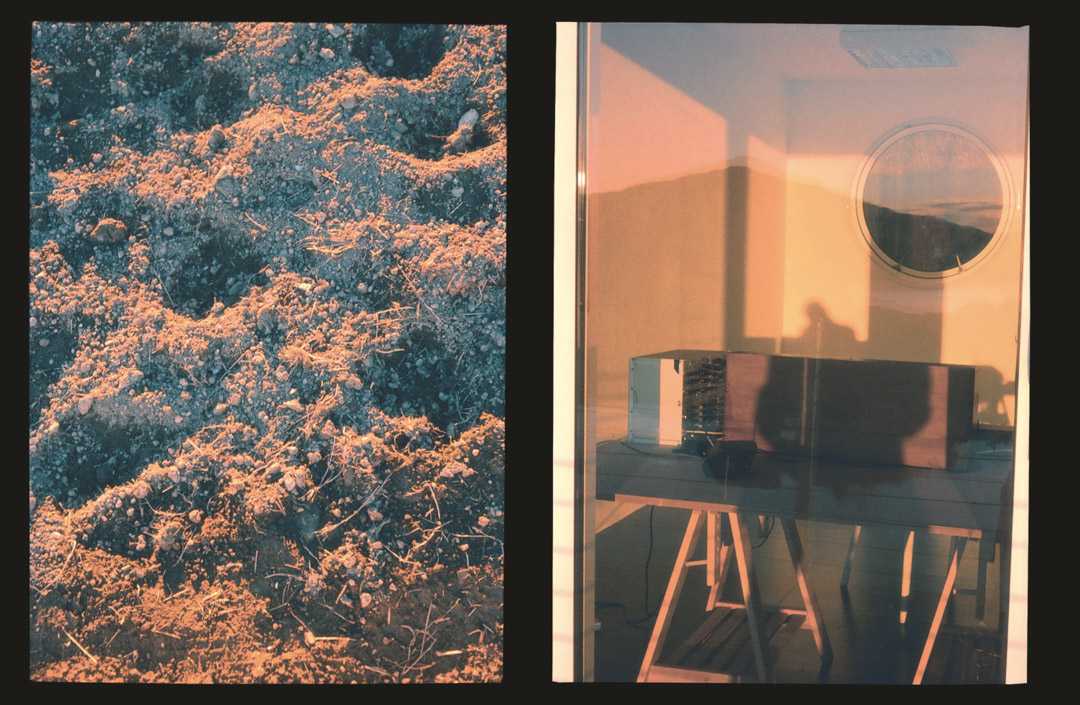 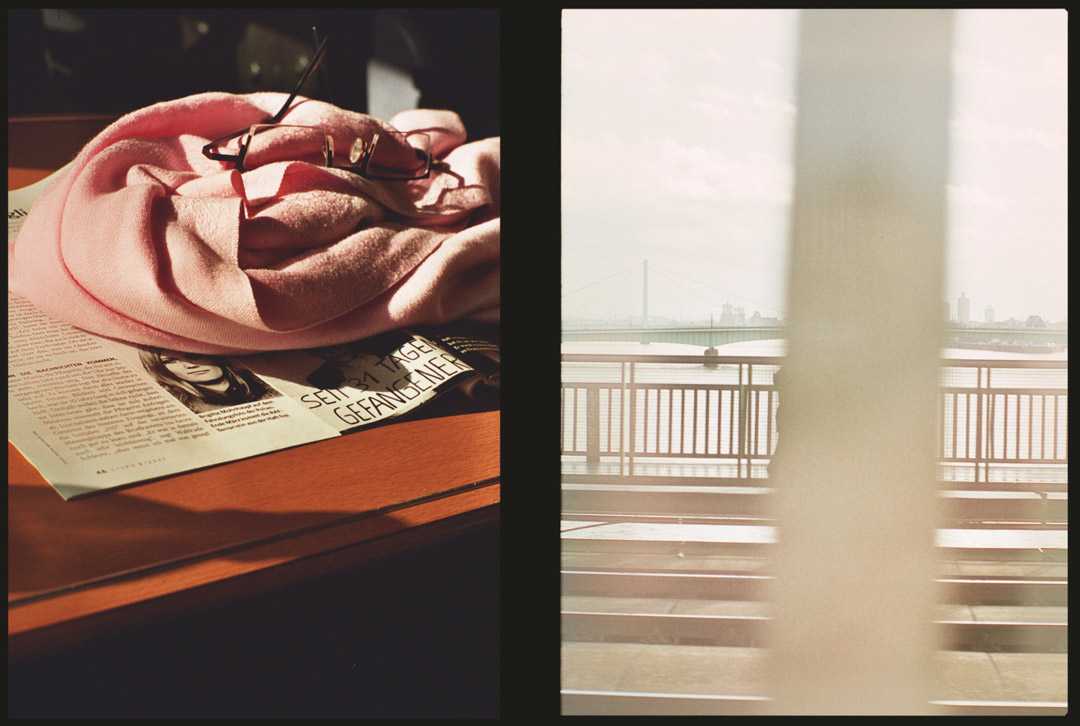 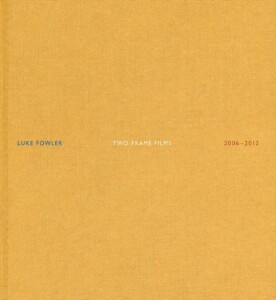 It is said that there is a fine line between film and photography. In 2006, filmmaker Luke Fowler(1978, Glasgow) borrowed an Olympus Pen F to document his artist residency in Bamburg, Germany. Fowler created the double images by using a half-camera frame, exposing two images in one 35mm frame. After developing the first roll, he was struck by the role that chance had played in the resulting diptychs. This signalled the start of a new project, resulting in his book Two-Frame Films: 2006-2012. The book addresses the fine line between photography and film, as the photographs, which are reminiscent of film-stills, question the limits of photography as a medium of representation.

In the introduction Fowler discusses how the idea of ‘in the blink of an eye’ has a different meaning for us as human beings than it does with the camera. When we blink and close our eyes, we are blind to the world in that instant. A camera, on the other hand, takes in everything in that one blink, when we press the button. Since we are blind in the instant that the photographic image captures everything, these images are not reliable and in some ways a false representation of life, Fowler maintains. By printing two different images alongside one another, he aims to emphasise the momentary nature of a photograph.

The images that are paired together were taken moments apart in some cases, while they were taken at entirely different times in others. For example, one diptych shows a street drummer in two instants, playing as a group of children watch him. The photographs, clearly taken moments apart, look like film-stills, as if there might be a more elaborate story behind the photographs. In another image, two men on the left photograph are listening to or looking at something outside the frame. In the photograph on the right, a man, sitting in a bar with a beer, looks like he is having a conversation with someone outside of the photograph. Though it looks like the photographs were taken in different places, the direction of the people in the photographs suggests that they are having a conversation with one another. Fowler has created a new narrative in this one image between people that are most probably strangers.

The way in which he combines the images in Two-Frame Films shows that Fowler is first and foremost a filmmaker, creating a narrative of, and an interaction between, multiple images. These new narratives created by the diptychs, question photography’s reliability as a way of documenting ‘real’ life in a single, still frame. He shows us how we can create a story, or tell our own story, through combining the chance fragments as exposed by photographs.