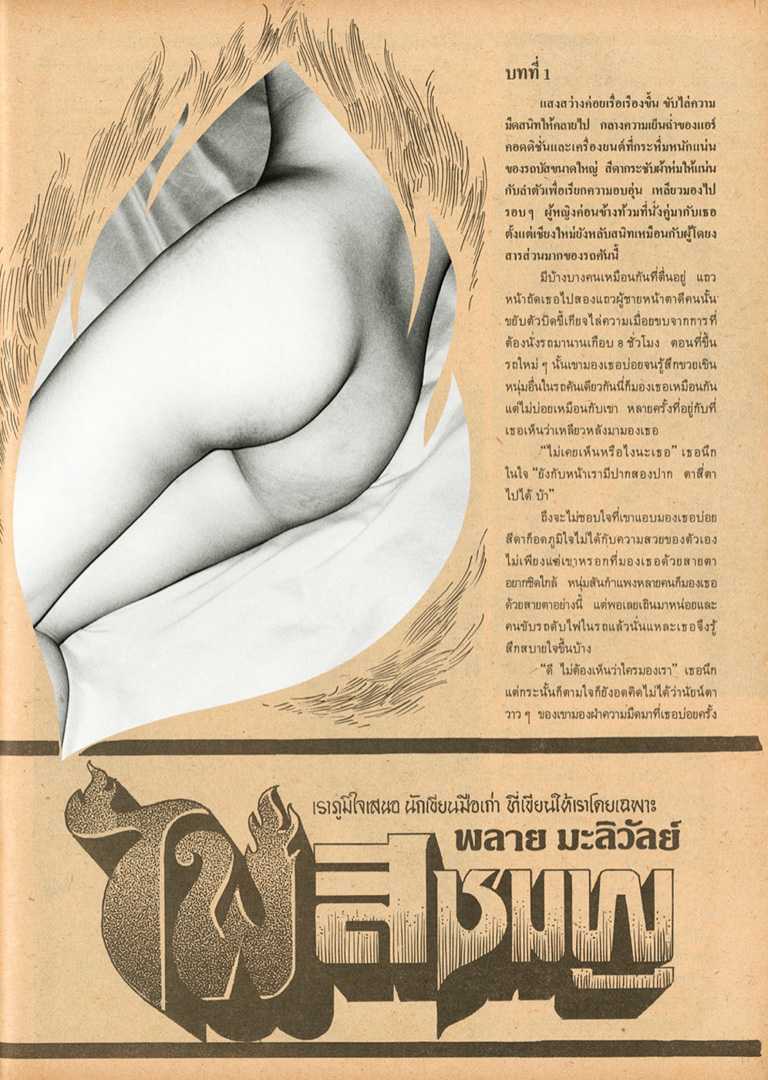 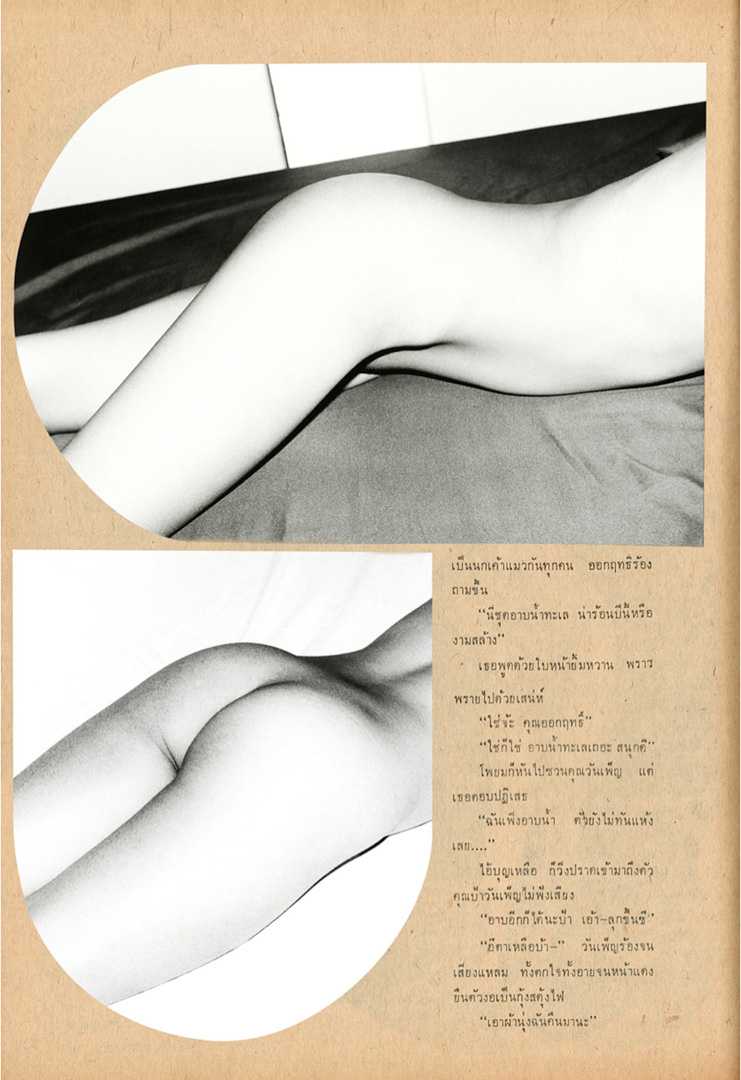 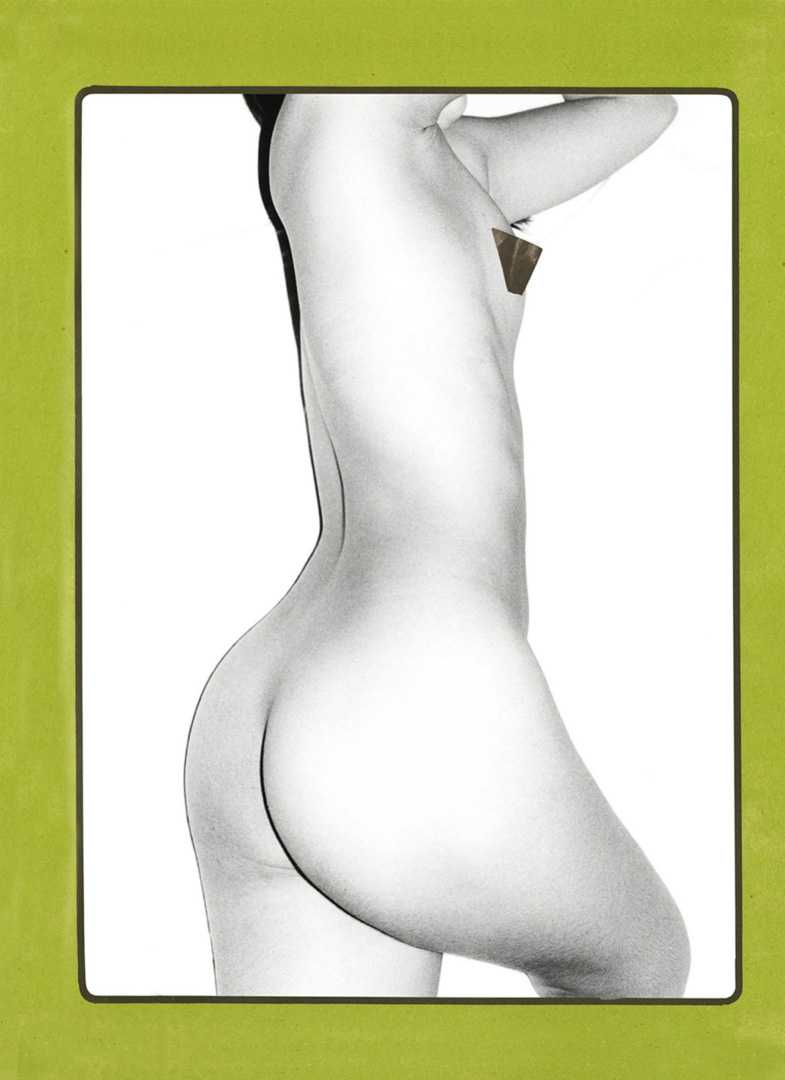 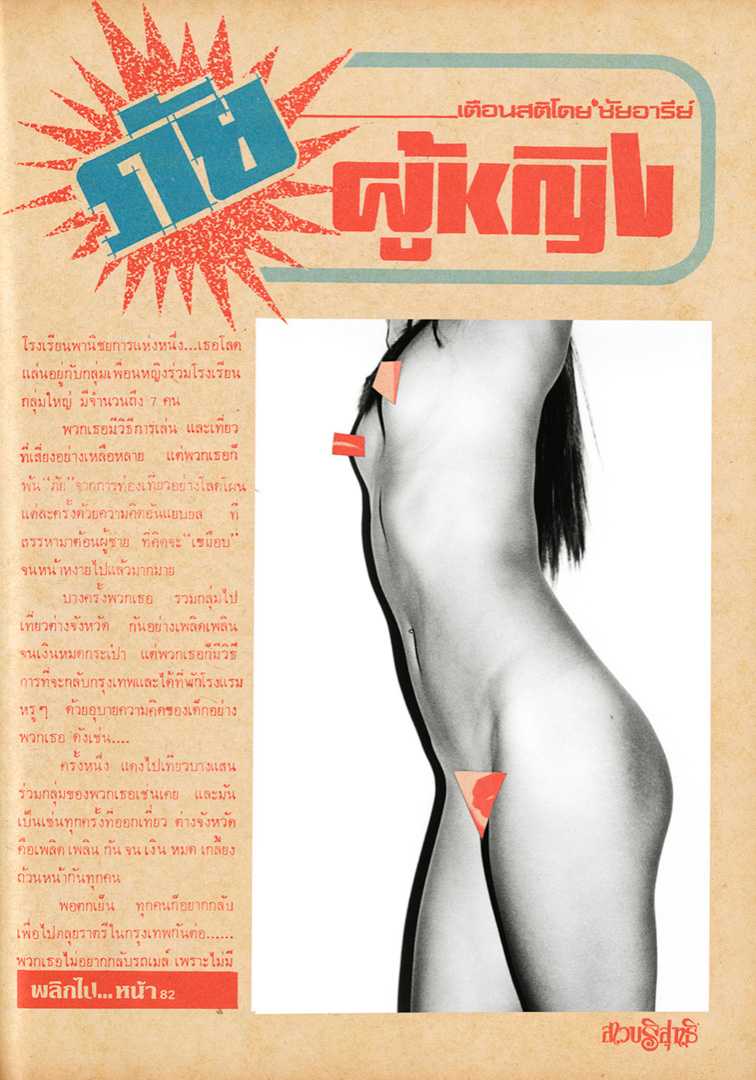 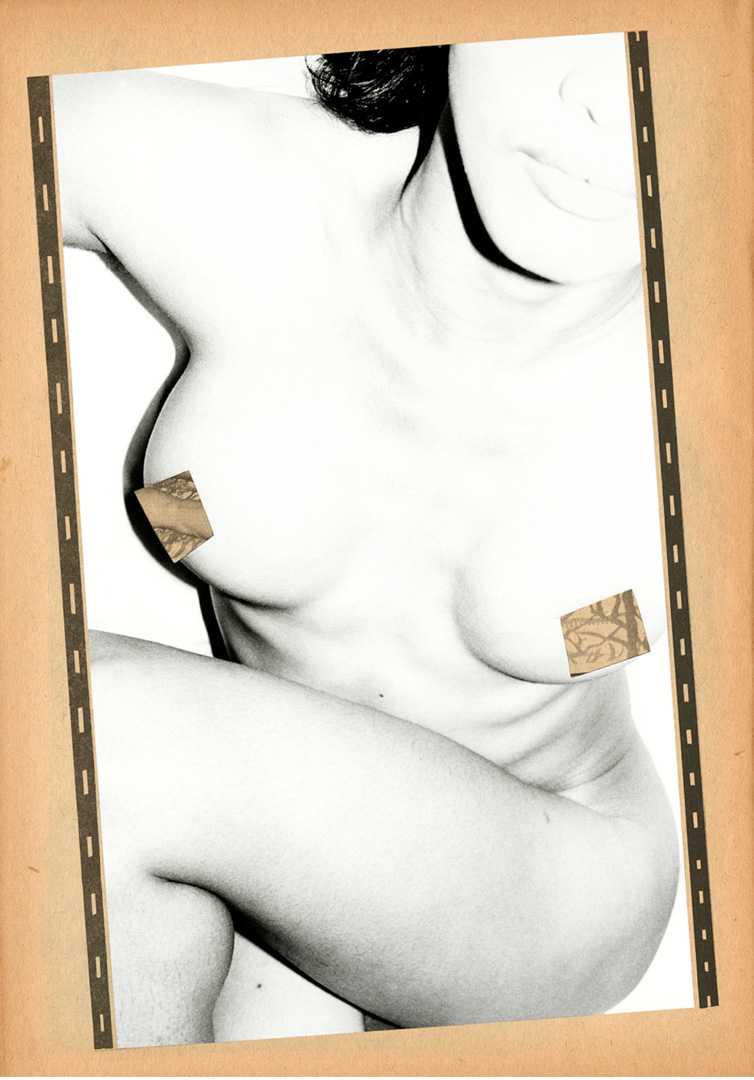 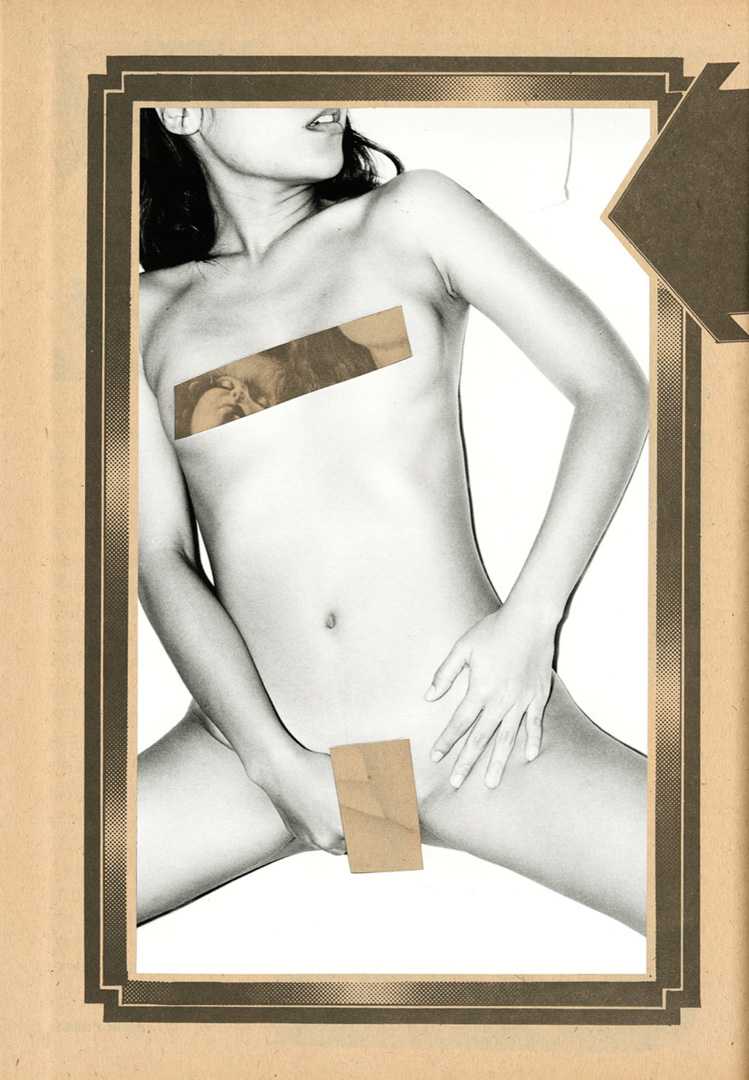 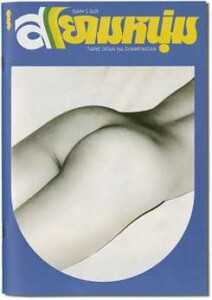 More than merely touching on the subject of the (sexualized) human corpus as a creating visual artist, Tiane Doan na Champassak (1973) is also a prolific publisher of books that surround that very same theme. He has already released over a dozen books with a fresh, contemporary graphic design, but Siam’s Guy (the third collaboration with RVB Books) is his debut when it comes to blending together self-produced and re-ap­propriated material.

Champassak – who grew up in Europe but has a mixed heritage with partly Asian roots – stumbled on, among other things, a stack of copies from a (censored) Thai adult magazine from the 1970s at a flea market in Bangkok.

Paying tribute to the characteristic design of the initial periodical, Champassak selected 68 pages directly from among the 100 or so issues that he retrieved. The edit is then superimposed with a selection of his self-established nude portraits, keenly layered over its antecedents (thus placed exactly where the original images were located). This results in a bridging between two different eras: the one from which the magazines arrive (’60s/’70s) and the contemporary (by means of Champassak’s recently shot nudes).

In close collaboration with the guys from RVB (Matthieu Charon and Remi Faucheux), Champassak has managed to translate the idea of ‘covering’ the subject in a clever way. The word ‘covering’ is deliberately chosen here, as it applies so perfectly to the very concept of ‘Siam’s Guy’:

Besides substituting the earlier images with new ones, there is also a reintroduction of segments from the older (original) nude photographs; cut-outs seemingly arriving from the issues of the Thai nude magazine in Champassak’s collection, serving here as an integument for the private parts of the women in the contemporary pics made by Champassak himself.

Somewhat in line with OVR SXE DSIR (a collection of impudent newspaper and catalogue cut-outs collaged back together that he self-published in 2015), Siam’s Guy is yet another carefully pieced back together salacious issuance. The distinctive and quirky design of the initial nude magazines of the 1960s and ’70s has been kept intact, including the illegible ‘code’ of the Thai language, while at the same time having been completely refurbished into a ‘hot’ item, including a typical inside spread in the middle of the book created from the same paper as the cover.

Regardless of the (slightly interrupted) spicy content, it all together makes for something that any treasure hunter operating in the realm of independent art and design publications just needs to get his/her hands on.