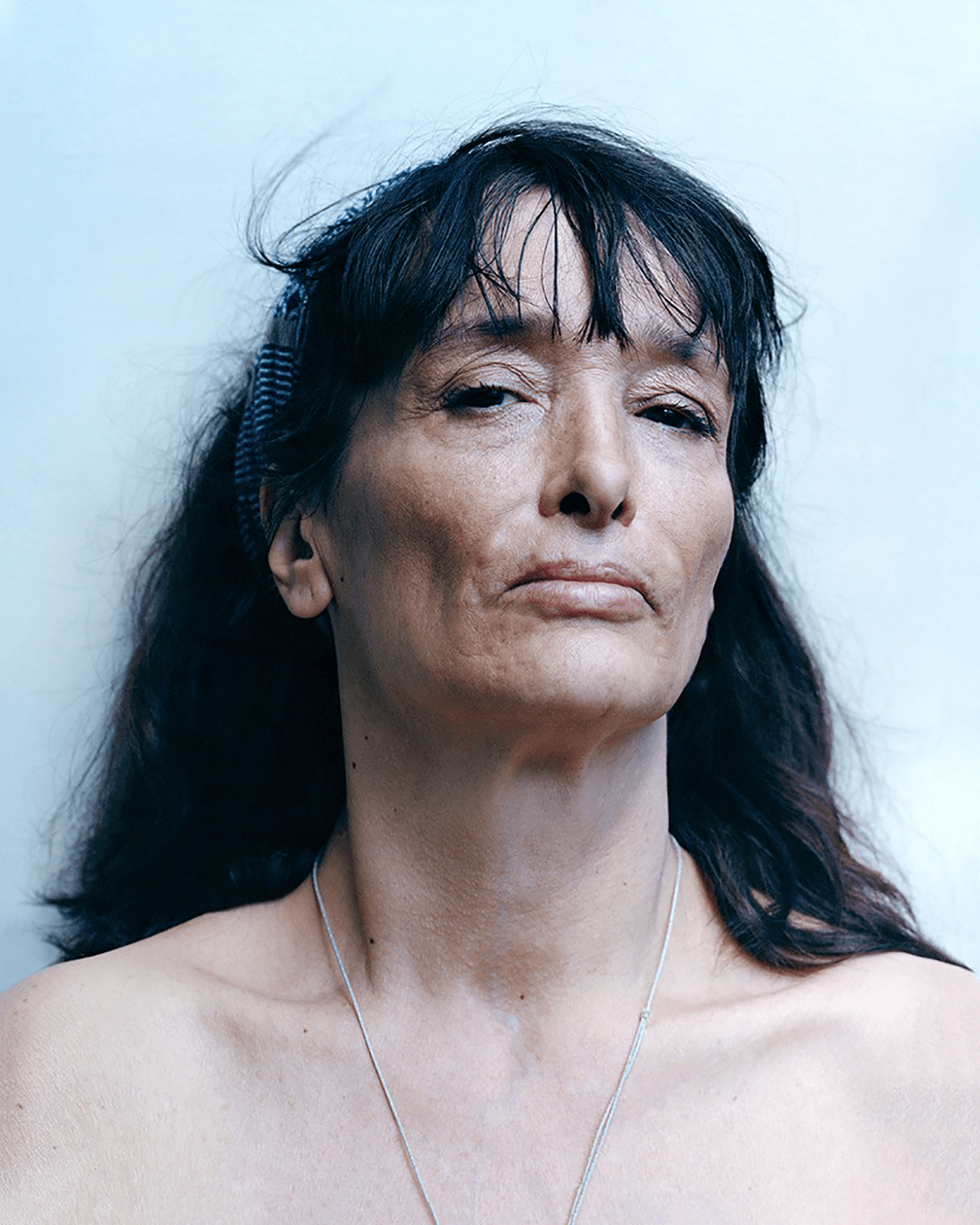 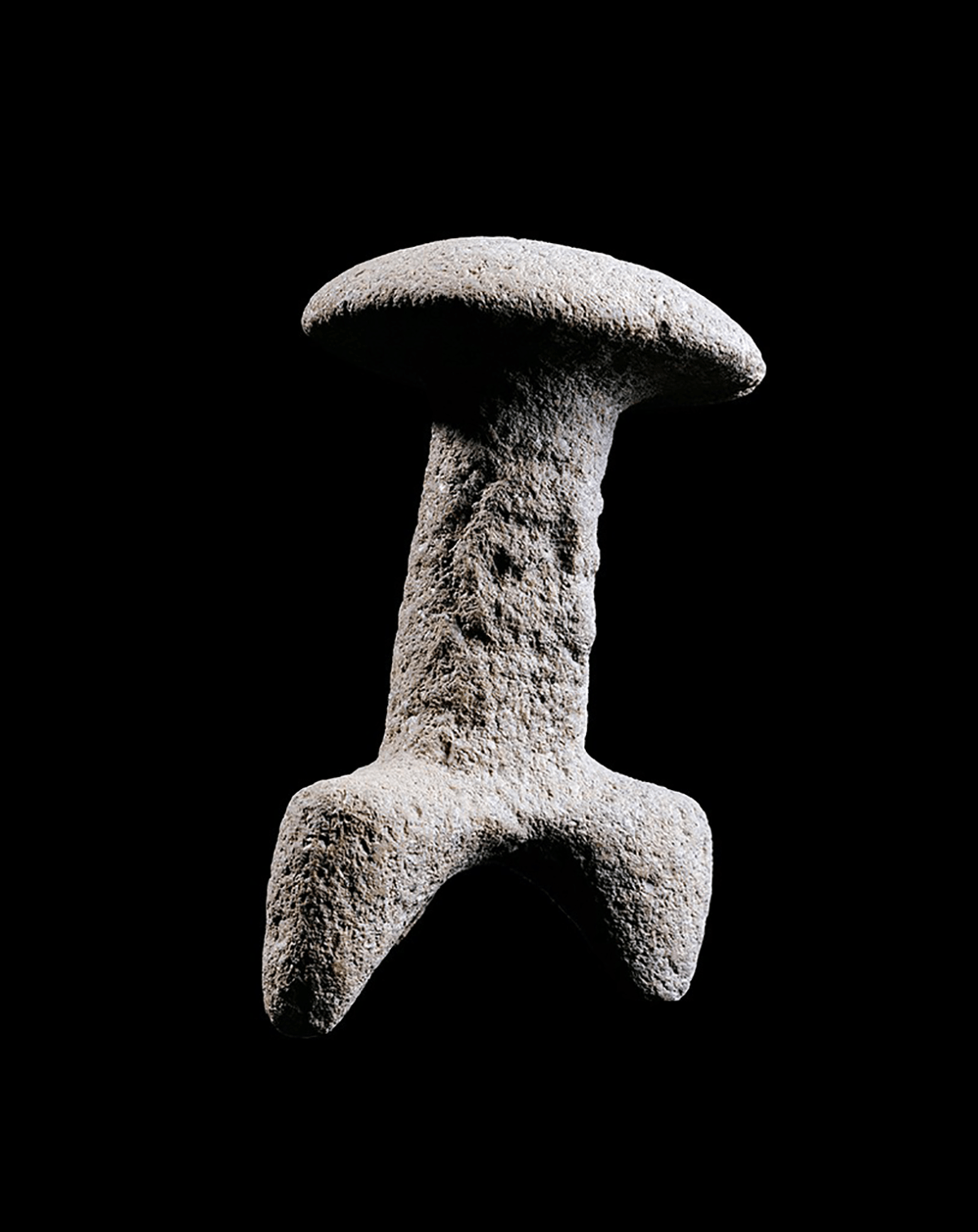 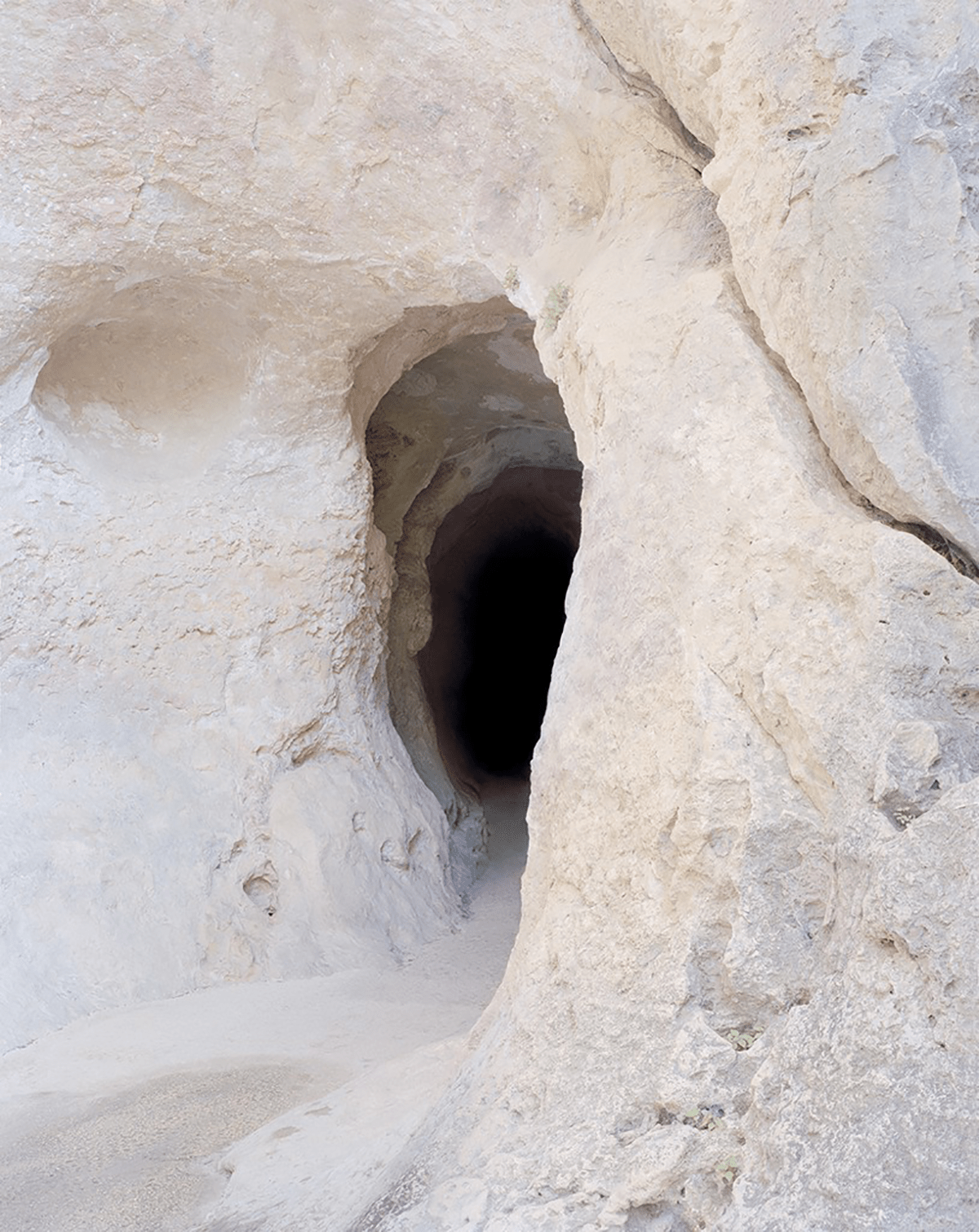 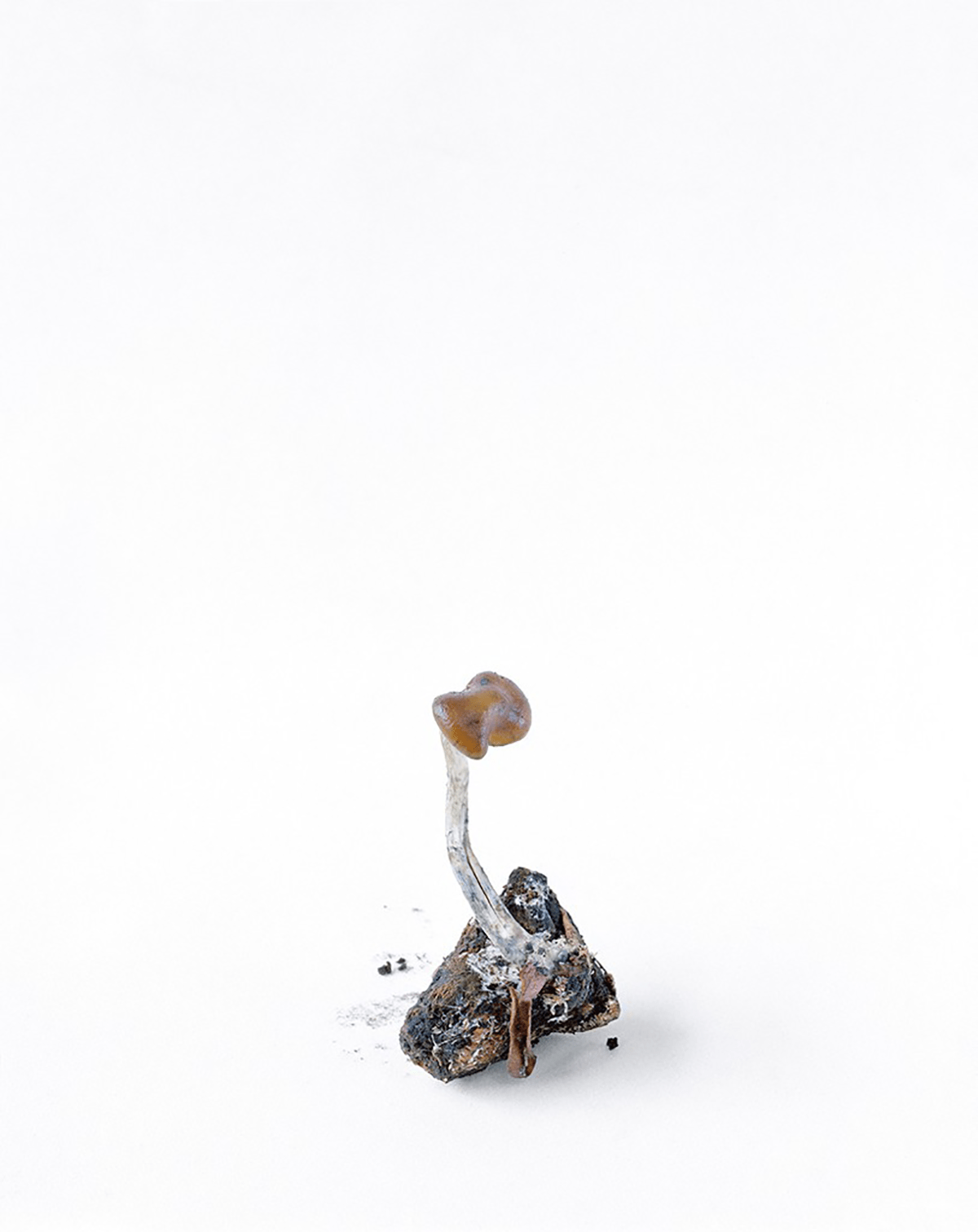 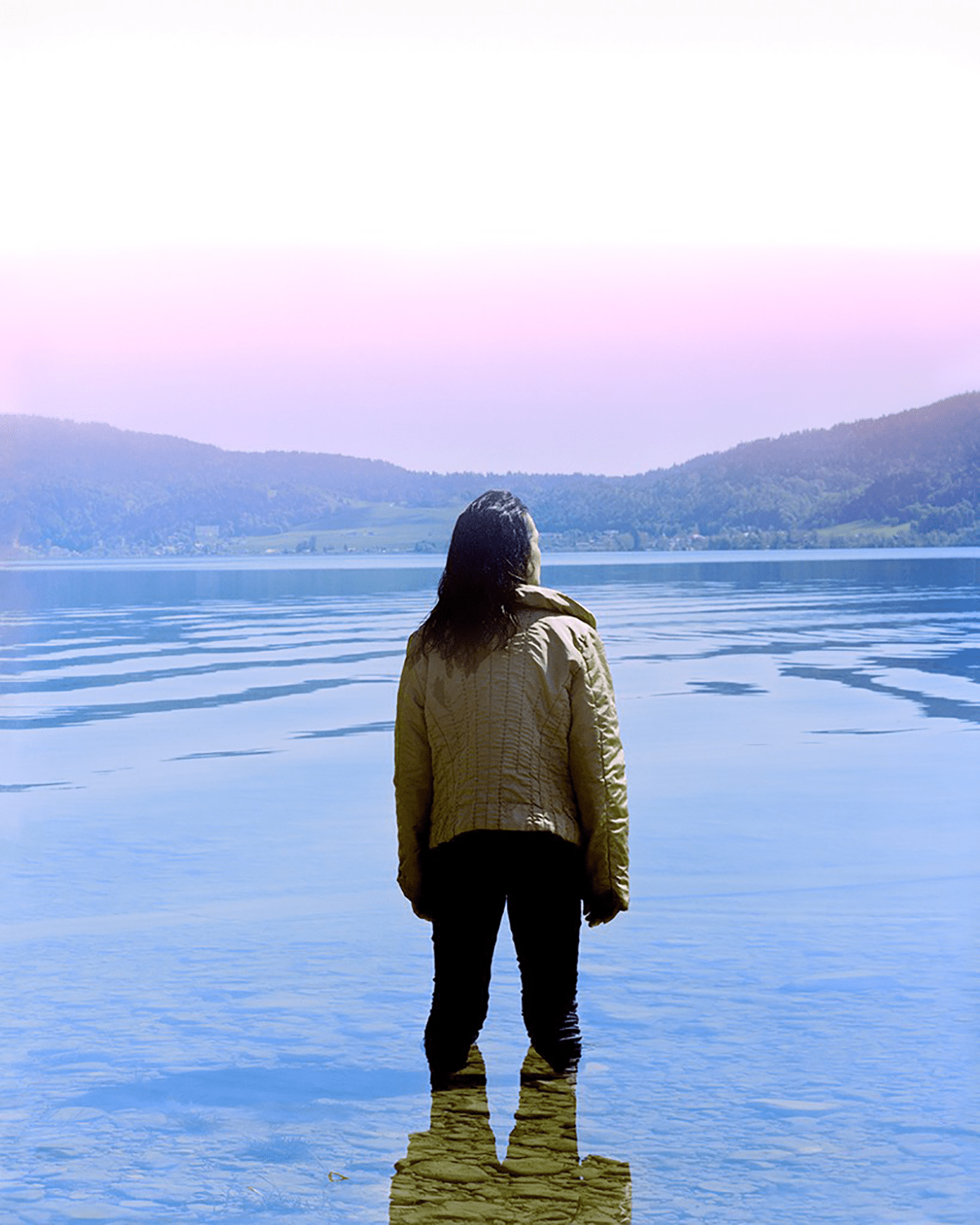 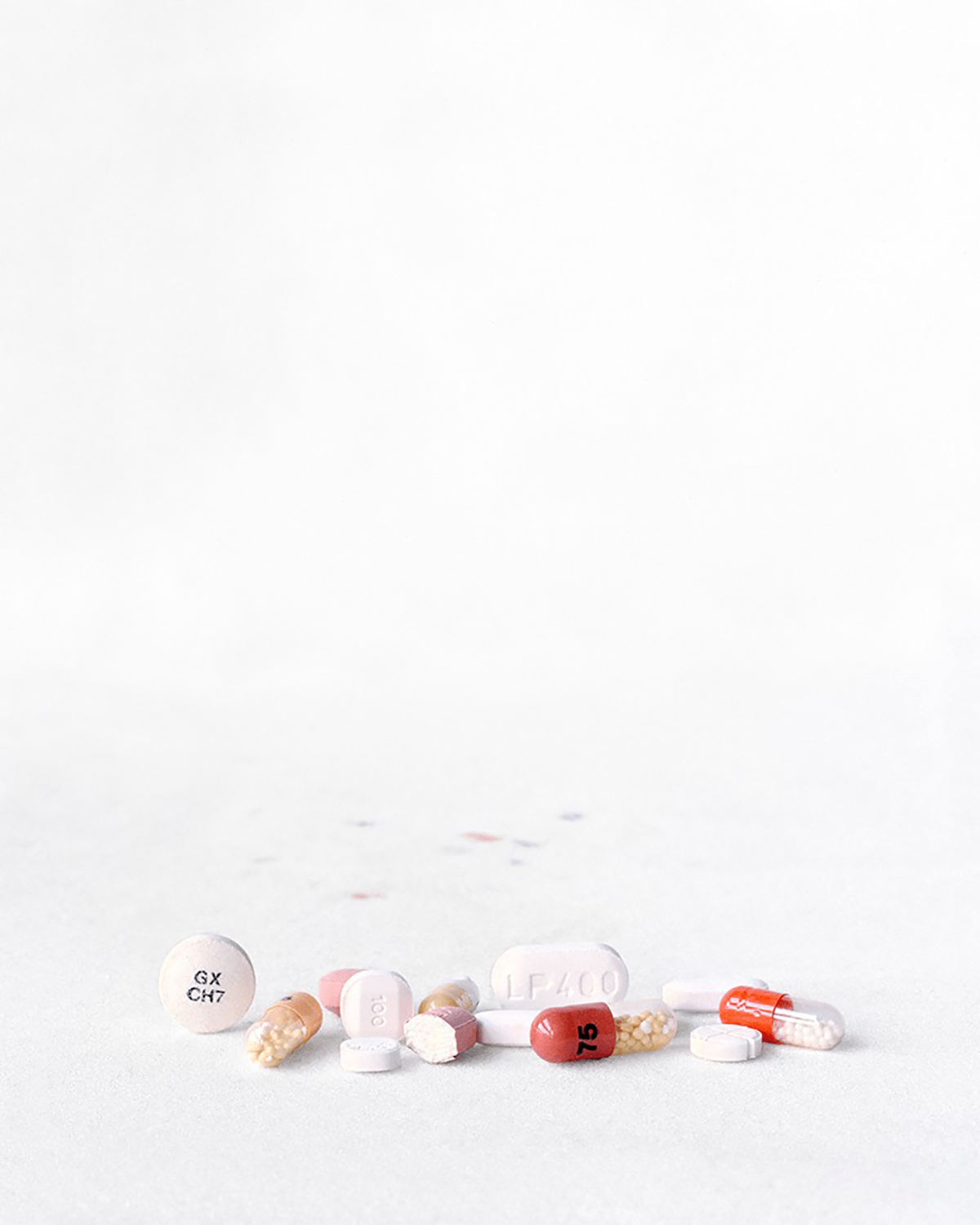 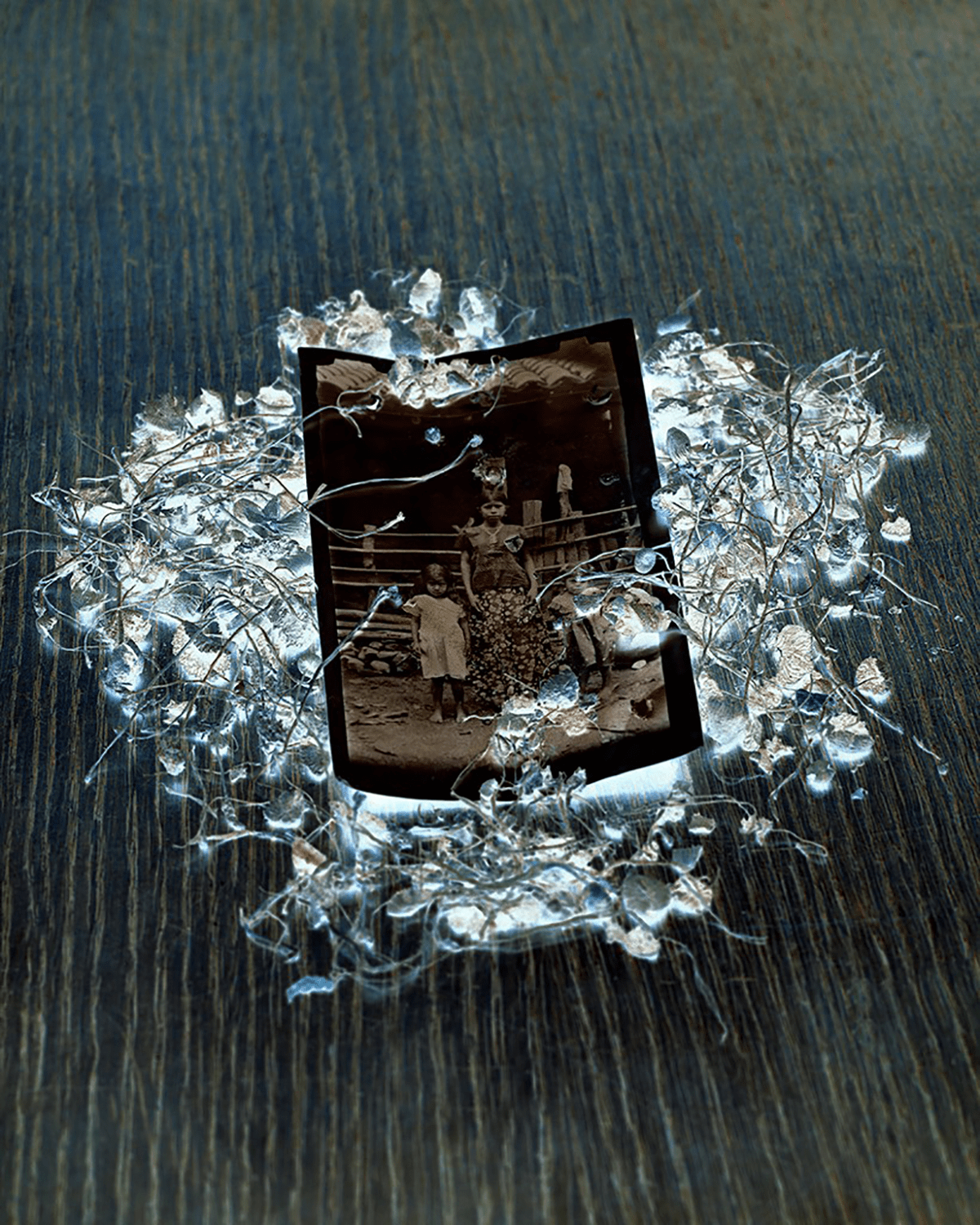 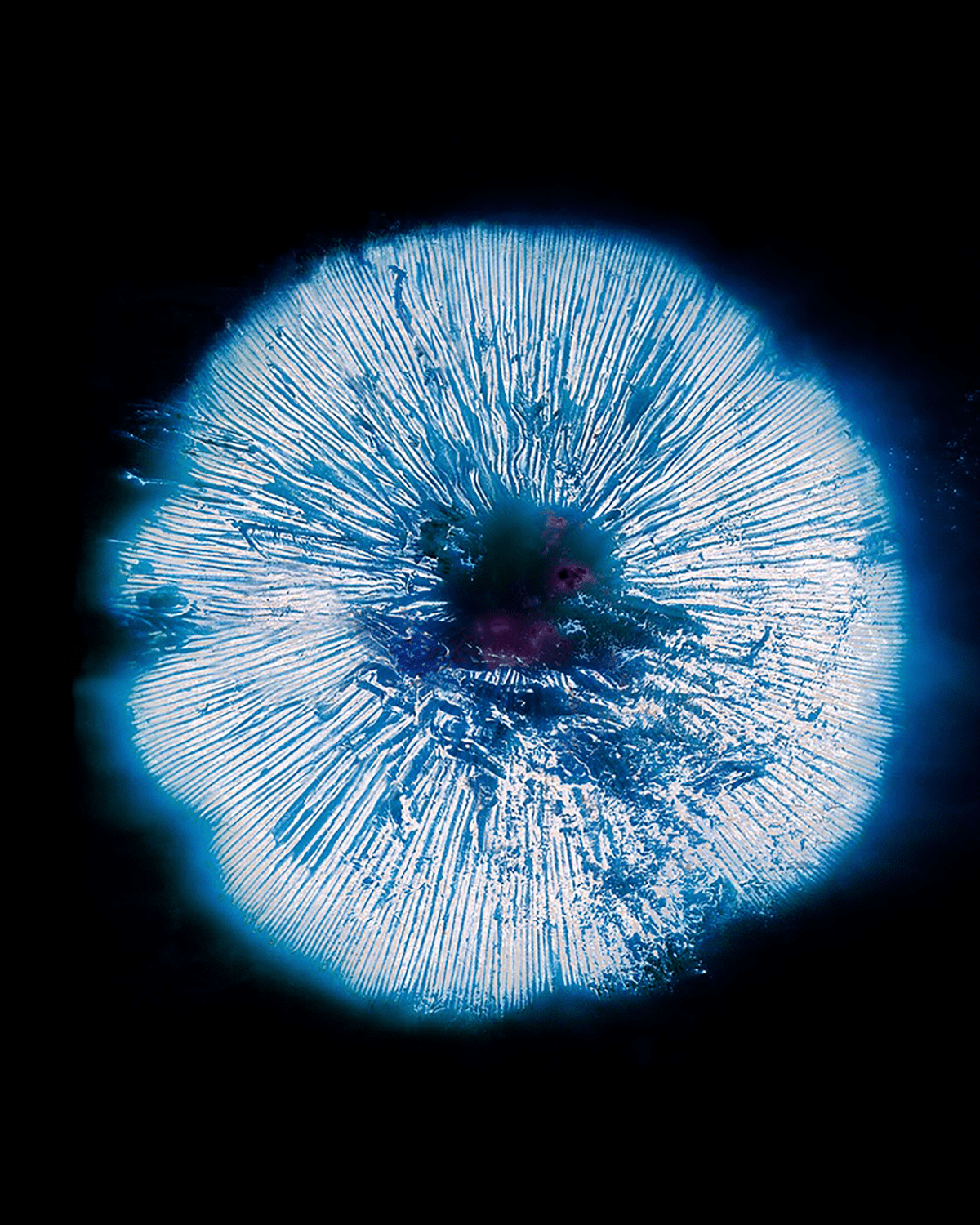 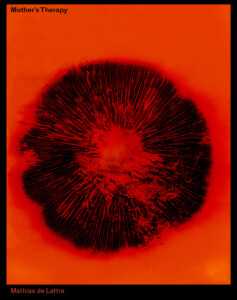 Paris-based artist Mathias de Lattre (b. 1990, France) developed a specific interest in natural psychedelics, in particular, hallucinogenic mushrooms. After more than four years of research and photography, ‘Mother’s Therapy’ brings together the artist’s work on psilocybin (a naturally occurring hallucinogen produced by a myriad of fungi), mycology and medicine – together they define an ambiguous realm ranging from subjective observation to ‘hard’ science. Inspired by his mother’s experience of bipolar disorder and her subsequent treatment with prescription drugs, this photo-textbook is not meant to be didactic. Instead, it’s more of an explorative study, a creative quest for an alternative path for treatment.

The book opens with an intimate text, an account of his mother about her fight with bipolar disorder and struggles to get the necessary help in a Western medical system. She entered a mental health facility in Parisian suburb Les Mureaux and reflects: “The brutality of mental suffering frightens us when we are forced to bear witness to it. It reminds us of our own finitude… Even if love has nothing to do with good feelings, it is, I am certain, the only thing that can save us from the worst”, she concludes her text.

Experiences filled with despair, guilt and shame co-exist with longing for relief… 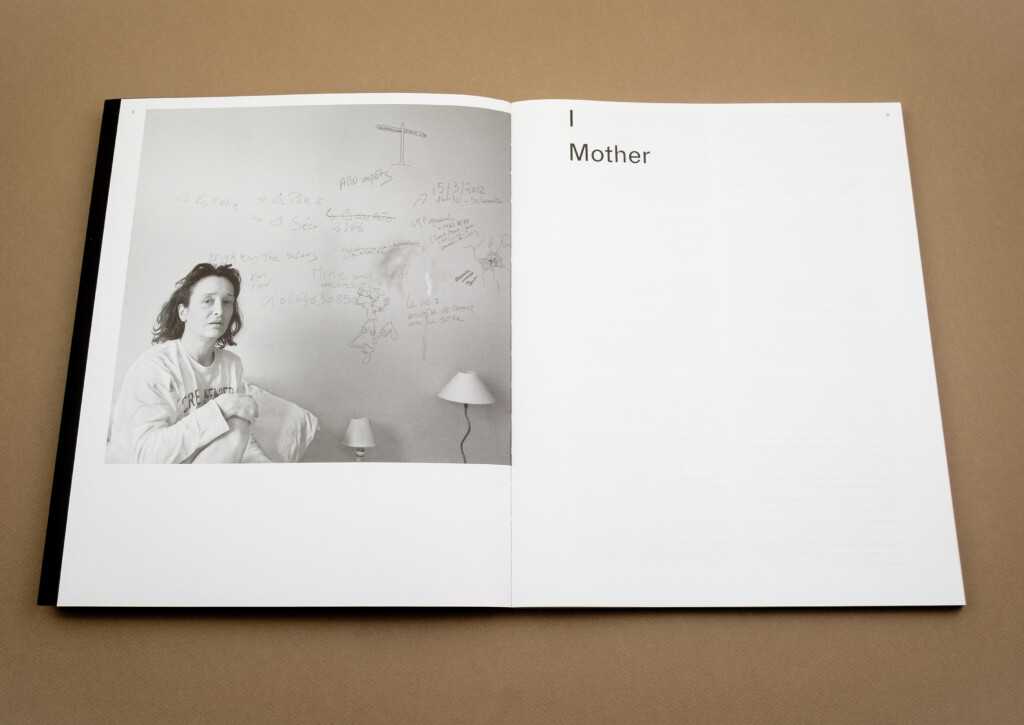 This touching introduction leaves a mark in our mind that carries itself when browsing through the book and perhaps even after. Love becomes the driving force of de Lattre’s research, manifested in the form of ‘Mother’s Therapy’. We enter a world that oscillates between the personal and universal, which in this case, both domains influence each other. The artist seems to adopt a zoom in and zoom out strategy with the edit of the book – searching for leads in the history of scientific research on hallucinogens, rock art alongside indigenous and spiritual approaches to these substances.

In the main part of the book, portraits of researchers, texts, ornate caves and Mixtec codex are presented. The majority of the photographs are neutral, shot with a clean approach. The last section, however, is highlighted with intimate portraits of de Lattre’s mother, shifting our former curiosity into an empathic engagement with the photographs. The artist’s reflection might appear arbitrary, it simply flows as thoughts do – from one thing to another yet forming a one-of-a-kind whole in the end. 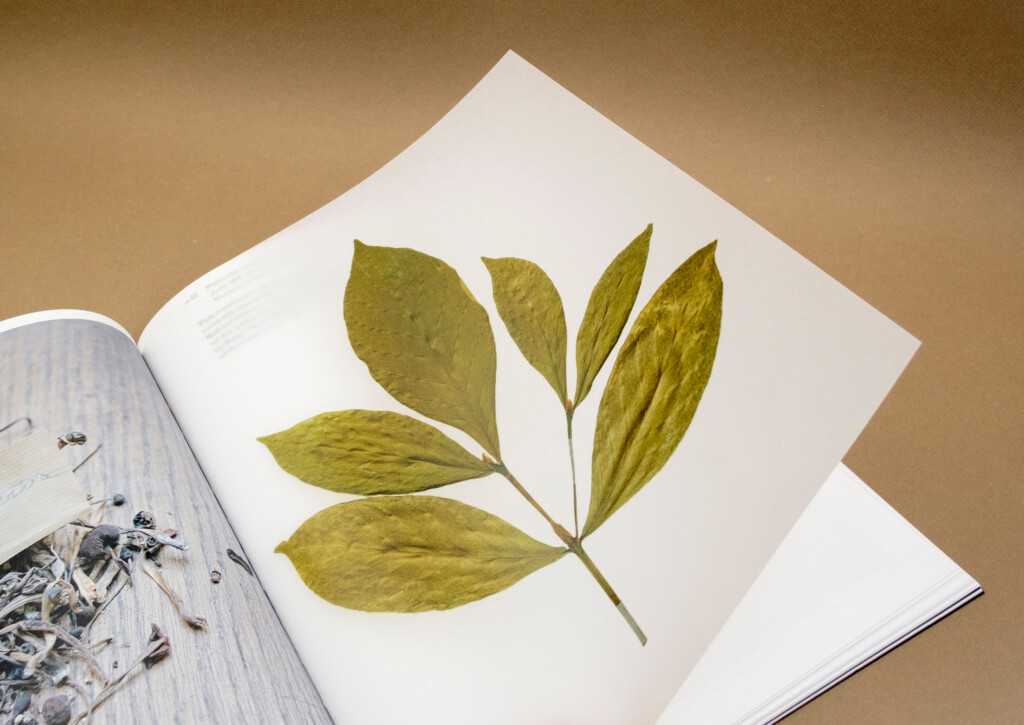 One begins to sense de Lattre’s position – that of encouragement of psilocybin’s adoption in the treatment of mental health in the dominant Western medical system. As his research shows, there have been no meaningful discoveries about bipolar disorder in the past 70 years. Hence, he is justifiably critical about the system due to his personal experience with its ineffectiveness and the subsequent desperation it caused in the family. “I could not continue to witness her decay. I had to try to find a solution to see her regain her true face, her personality, her alertness, her culture, her spirituality”, he says.

In the end, he reveals that ‘Mother’s Therapy’ functions as his testimony as hallucinogenic mushrooms did contribute to the improvement of his mother’s health, stating: “My goal has never been to proselytize, but simply to share my testimony, recounting this personal experience that has been full of hope and perseverance. This is my mother’s story. Just the story of a human being, of her journey and her subjective truth.”

Mathias de Lattre is a 2012 graduate from the Icart-Photo school and a former portrait and press photographer. Later in his career, he shifted towards still life in the luxurious industry alongside teaching at various American universities. Now he additionally focuses on personal projects that have been exhibited at art venues in Paris and Brussels. ‘Mother’s Therapy’ is de Lattre’s first monograph.

‘Mother’s Therapy’ additionally includes essays by Remi Coignet (psychologist and author of books on the therapeutic use of psychedelic substances), Olivier Chambon (psychiatrist and a pioneer in behavioral and cognitive methods of care for chronic psychotic patients), Jacques Mabit (founder of the Takiwasi Center) and Vincent Verroust (doctoral researcher focusing on the discovery of psilocybin fungi and its heuristic consequences in France). The title is available for purchase here.