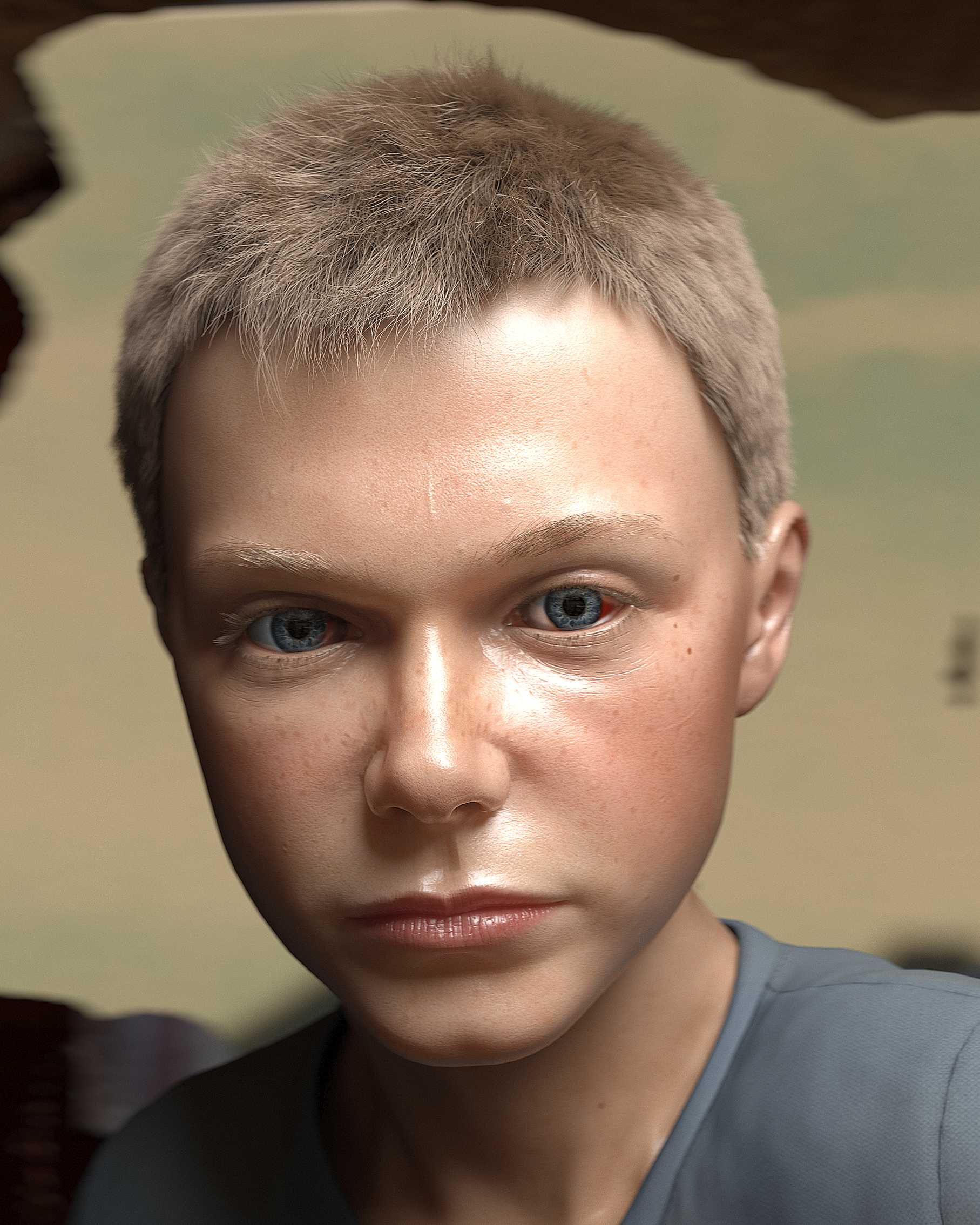 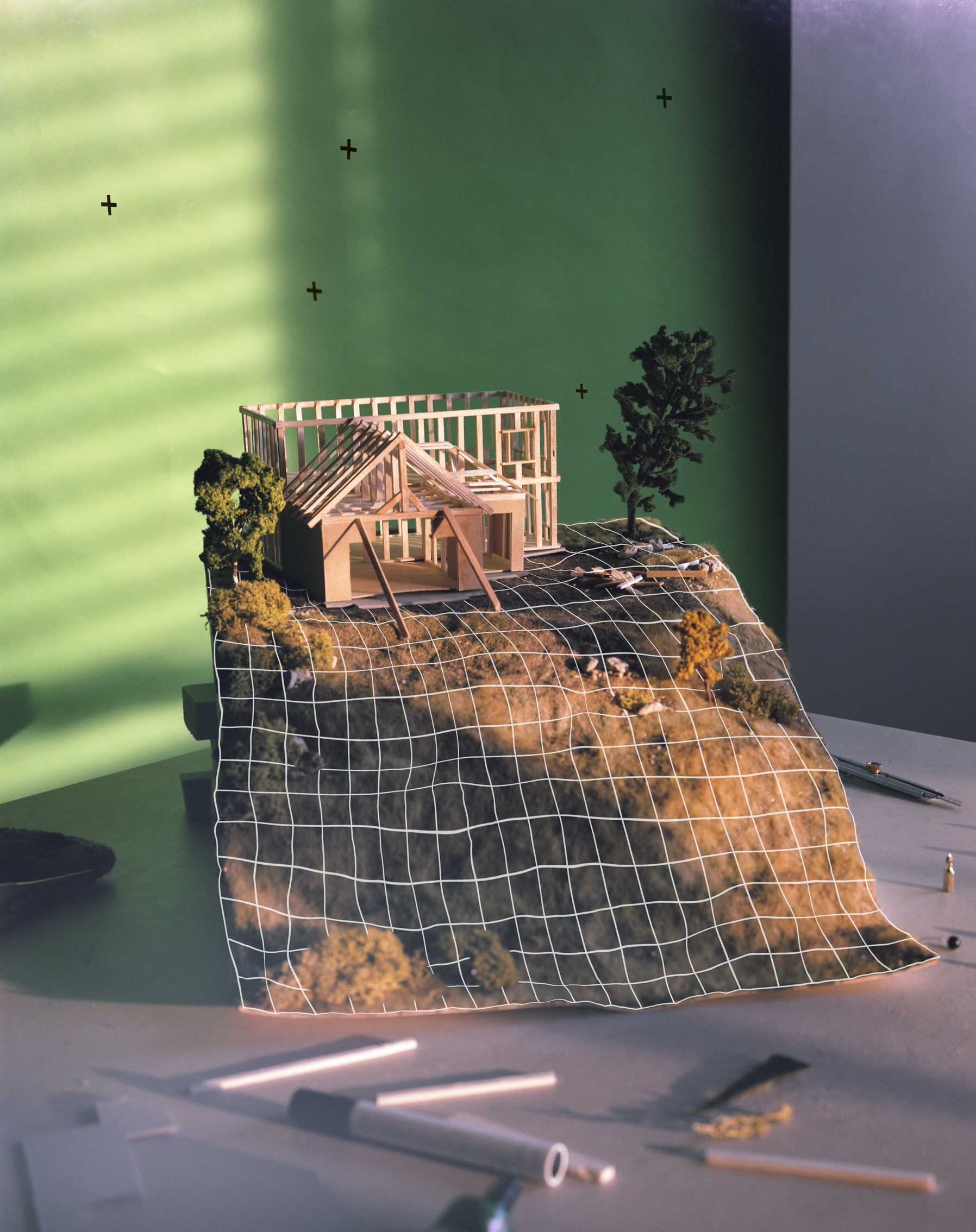 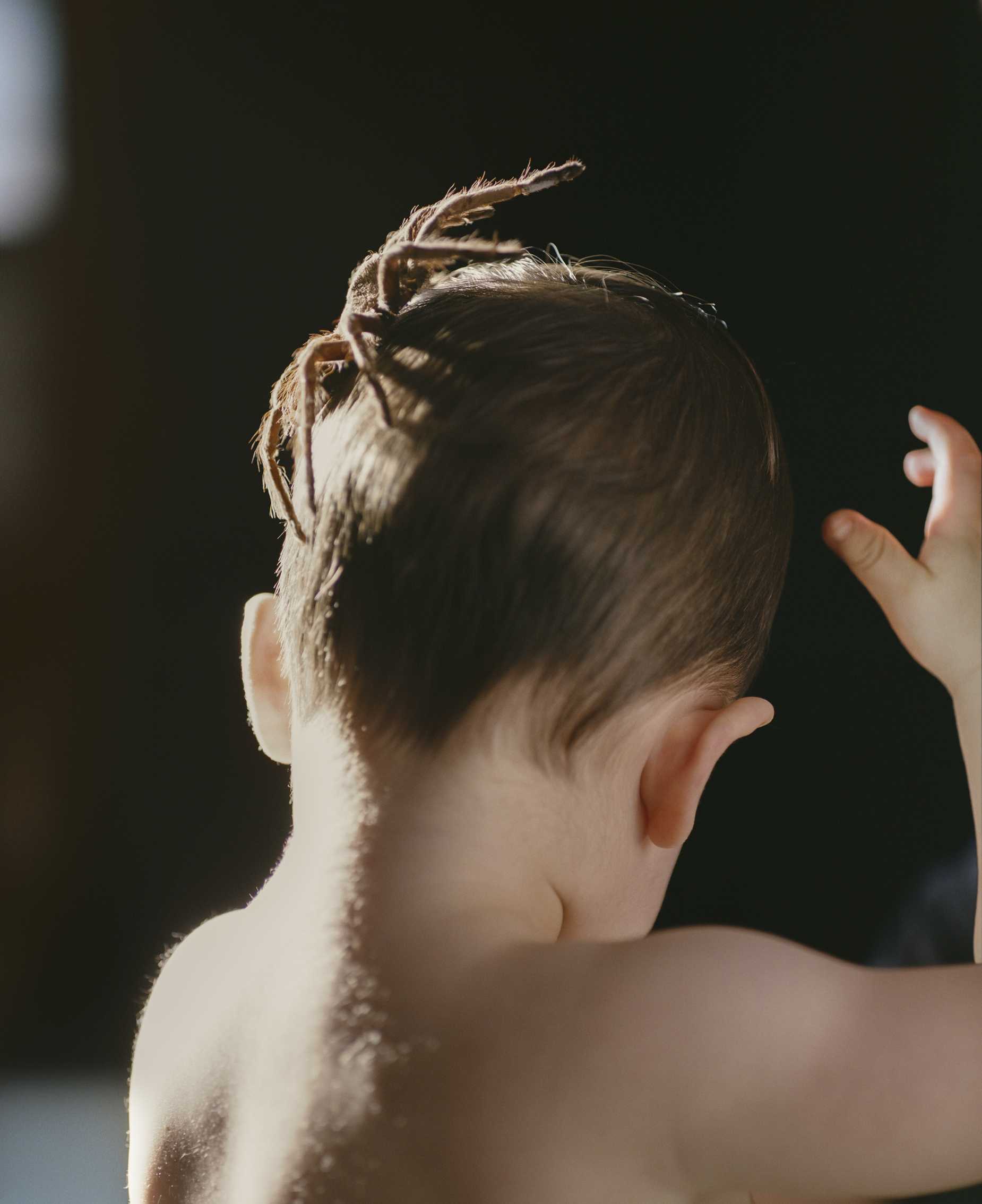 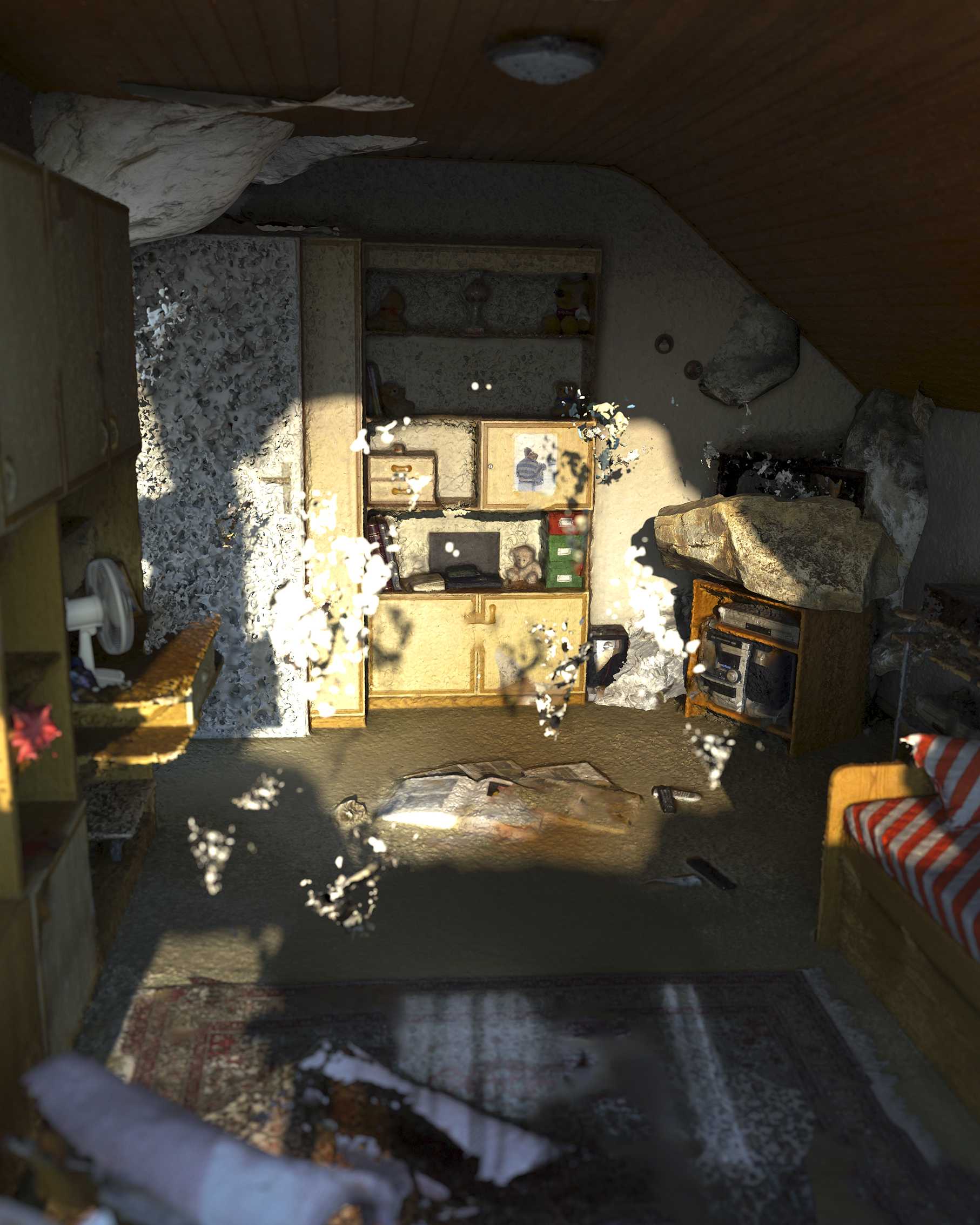 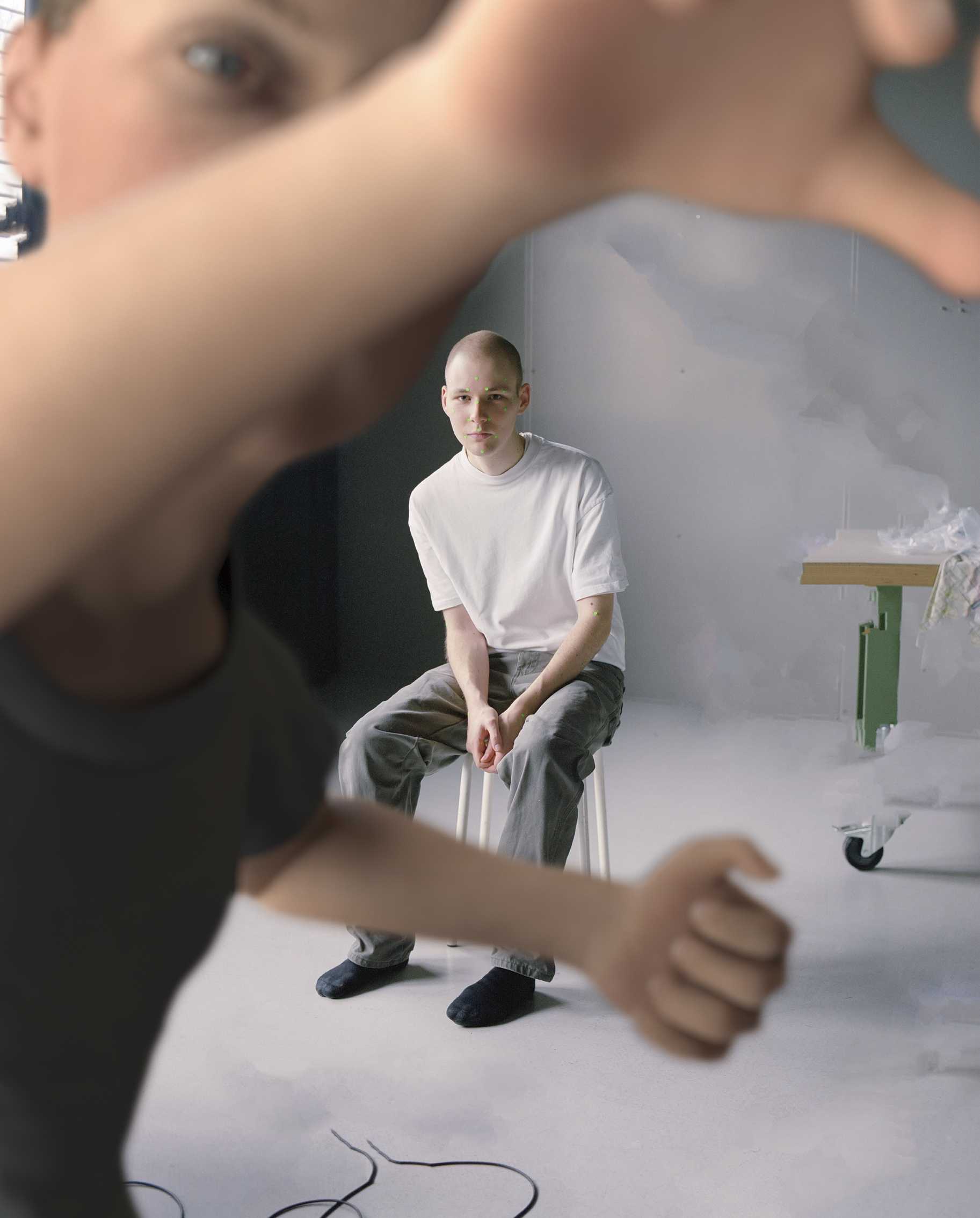 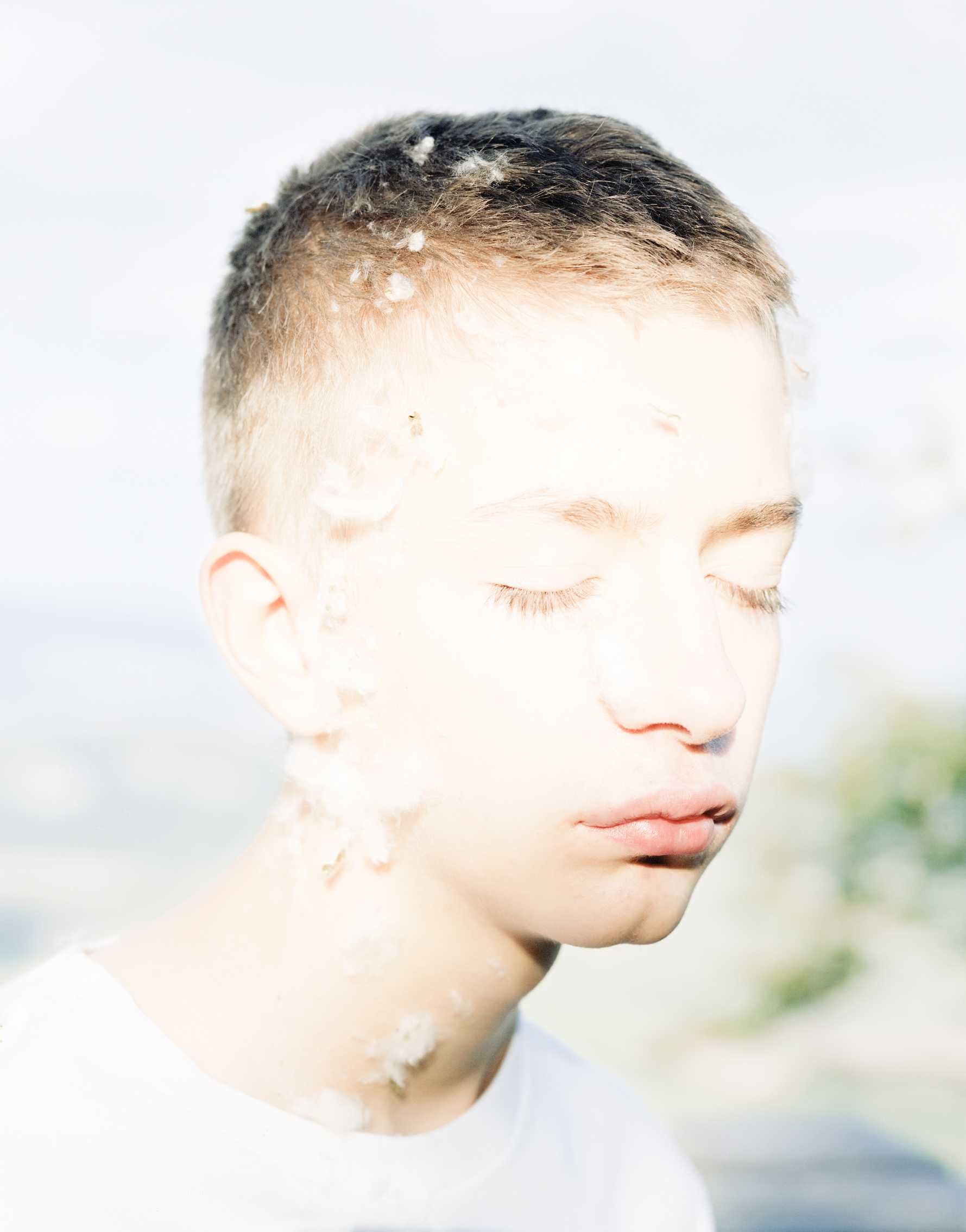 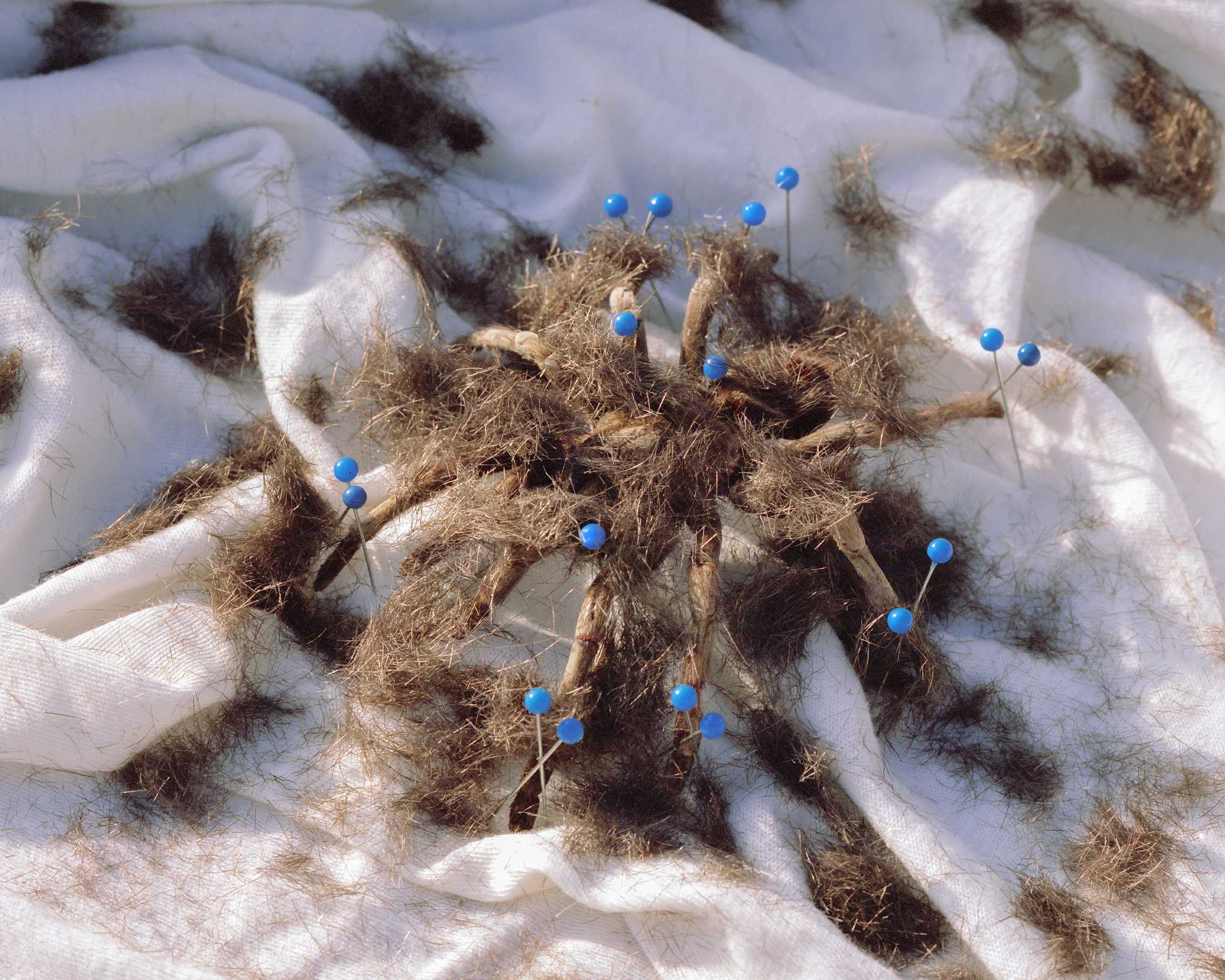 With this question in mind, Simon Lehner (b. 1996, Austria) gave shape to his ongoing series ‘The mind is a voice, the voice is blind’, which he started in late 2019, a year before he was diagnosed with complex post-traumatic stress disorder (C-PTSD). In essence, the series studies the cognitive dialogue at play between memories and the conscious, and explores how we process, and grasp lived experiences through photography — a medium that has always fascinated Lehner through its ability to capture and preserve past events in images that might then be deciphered at a later stage. Drawing on his exposure to emotional and domestic violence from abusive parental figures during his infancy and late teens, the work is anchored in the autobiographical. It touches on themes of family, youth and mental health, and reflects his search to make the memory of trauma tangible.

“Through therapy, I discovered that I am still stuck in these traumatic events and often fall back into a feeling of being a younger version of myself again”

Structured as a series and designed as an installation, the series is made using extracted data from over 250 pre-existing pictures from Lehner’s personal archive. He transforms them through iterations of high-tech photographic processes, including 3D animated videos, lens-based sculptures and photogrammetry. Once restitched, remapped, realigned and cut up, the original inputs become fragmented, like memory gaps. The algorithmic errors of software create slightly modified versions, some with content that is only visible when looked at from a specific angle. 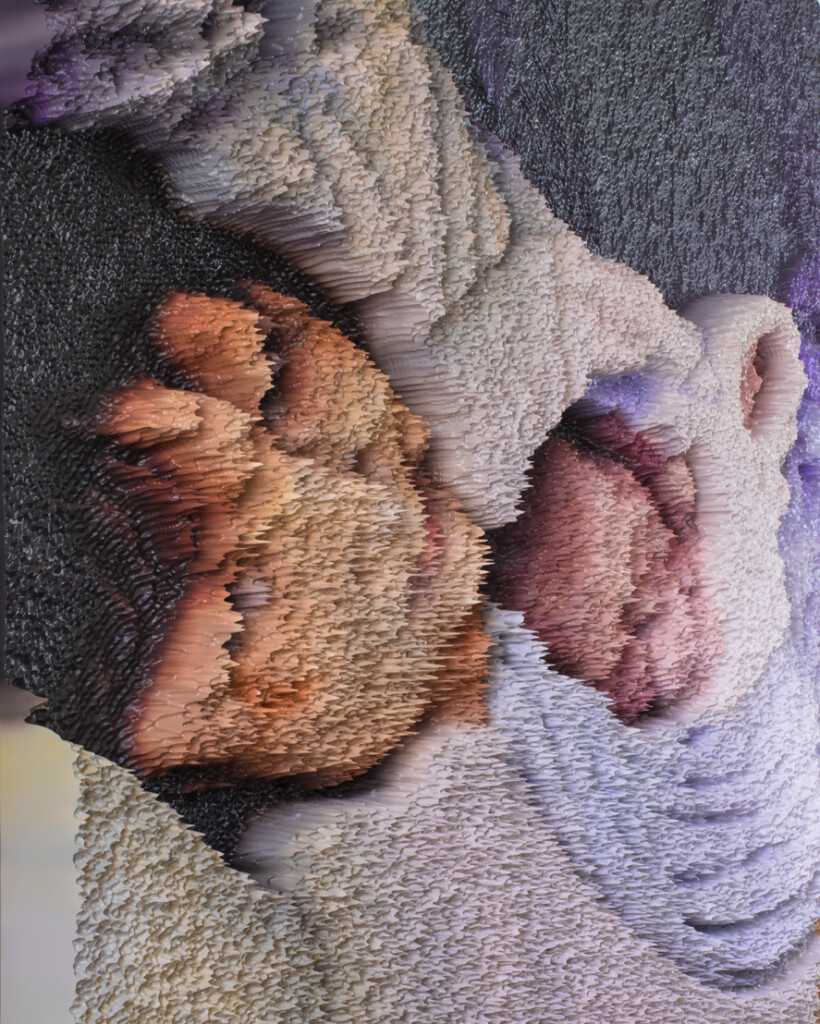 How do memories manifest in consciousness and how can we render them visible?

Reinforcing the duality of palpable reality and remembered imagination, we are introduced to his digitally reconstructed childhood bedroom with floating remnants of objects and four stereoscopic characters which constitute his ten-year-old alter ego. The simulated appearances that struggle along the path of their future through recurring flashbacks can be seen as representations of different stages in life and embody a metaphorical maturation process. Based on genuine photographs, the renderings of his nostalgia reference psychological patterns in their development of identity, connection to society and human emotion.

Throughout the series, Lehner uses various symbols that are iconographic of postproduction film and image-making processes, ranging from green screens to marker points, which are not only used to track, capture and control movements into 3D realms, but also act as a placeholder for longings and fantasies. He shoots the final photographic pieces on film using a 4×5 large format camera and a medium format camera.

Generating a new visual conversance that is created from and with recollections, the integrative and contemporary body of work alternates between emotional distance and immediate presence, playing with the subliminal and sentient. Though the images are evidently not a completely accurate portrayal of the past, they form a fitting analogy of how we as humans also do not always remember situations correctly due to confabulated, intrusive memories. The viewer does not have to be informed about the specific formalities of the work, but instead, is encouraged to fill in the gaps with their own subjective impression, alluding to a more collective and ambiguous perception. In the end, every element that comprises ‘The mind is a voice, the voice is blind’ is fundamentally fabricated to rewrite or overwrite Lehner’s primal anamnesis.

Simon Lehner lives and works in Vienna, Austria, where he graduated in Photography Time-based Media from the University of Applied Arts. In 2017 his ongoing book project ‘Men Don’t Play’ was shortlisted for the Unseen Dummy Award. In 2018 he won the Carte Blanche de Paris Photo and the Maison Ruinart award with his series ‘How Far is a Lightyear’. He was selected as a 2021 Foam Talent and was nominated for the Paul Huf Award, Leica Oscar Barnack, and the New Talent award from C/O Berlin. Previously his work has been featured in The British Journal of Photography, US-Vogue, i-D, Paper Journal Magazine, Document Journal, L’UOMO Vogue and Vogue Italia. 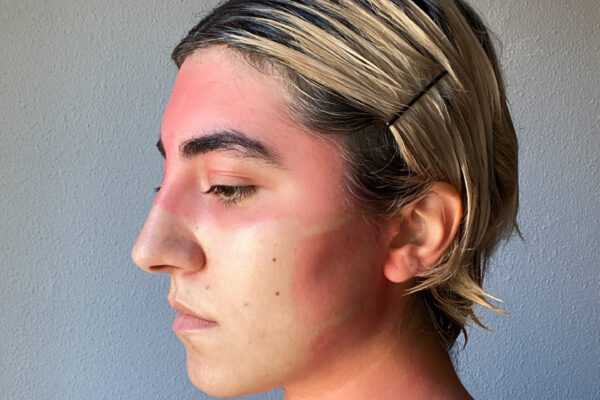 PHmuseum is a curated platform dedicated to contemporary photography. Its focus – to find innovative ways to display photography, engage, educate, and connect – is very much in line with ours and so we, the GUP editorial team, have joined force...