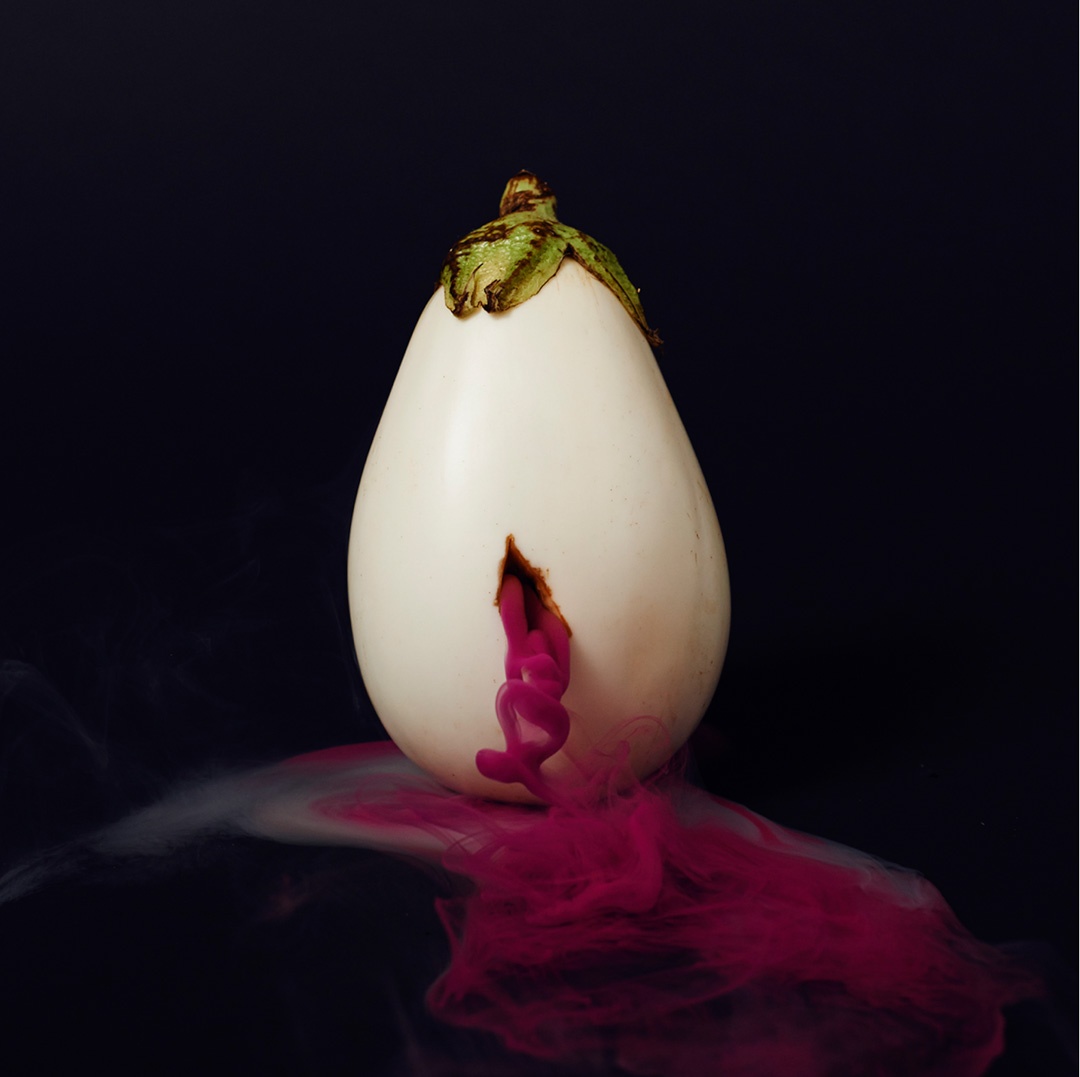 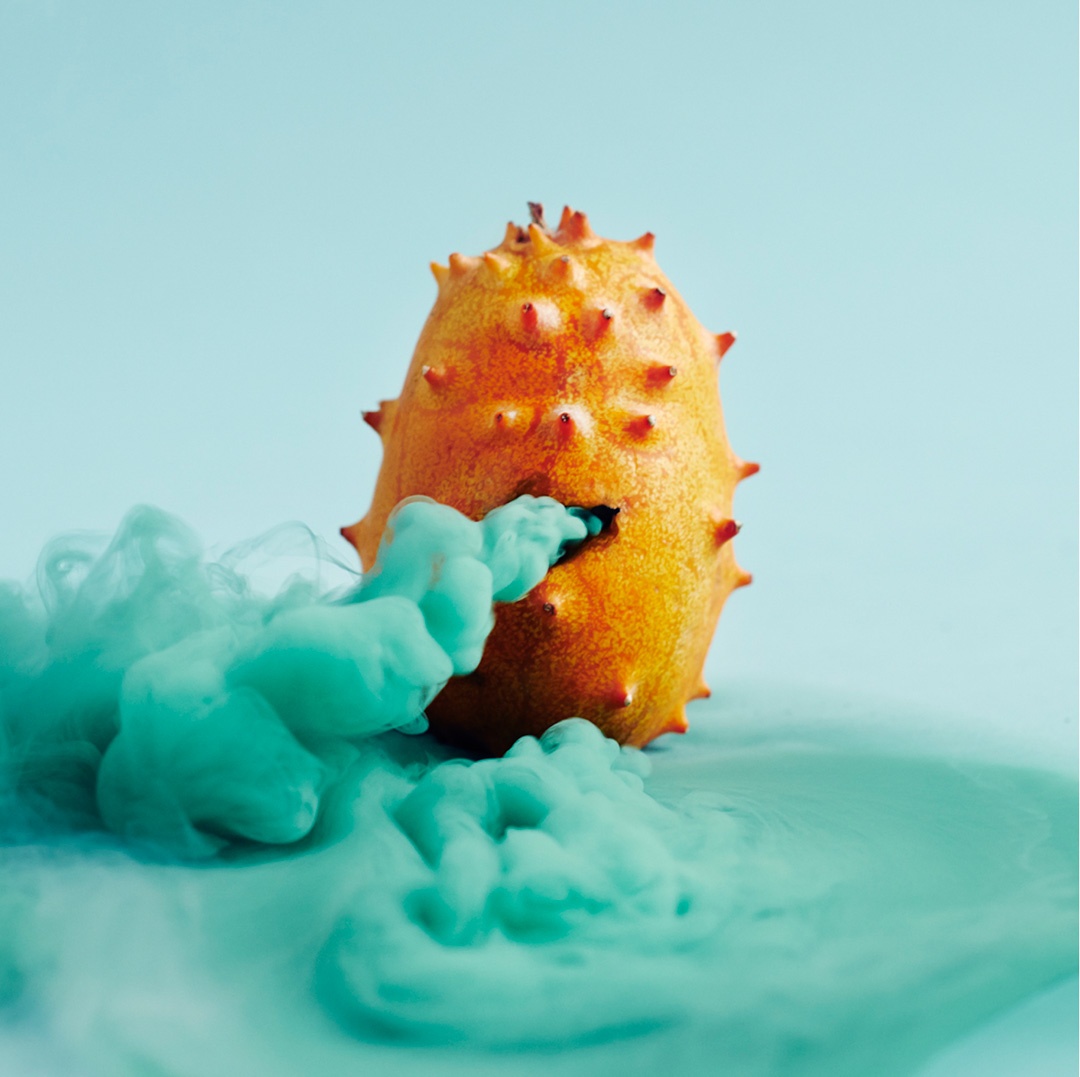 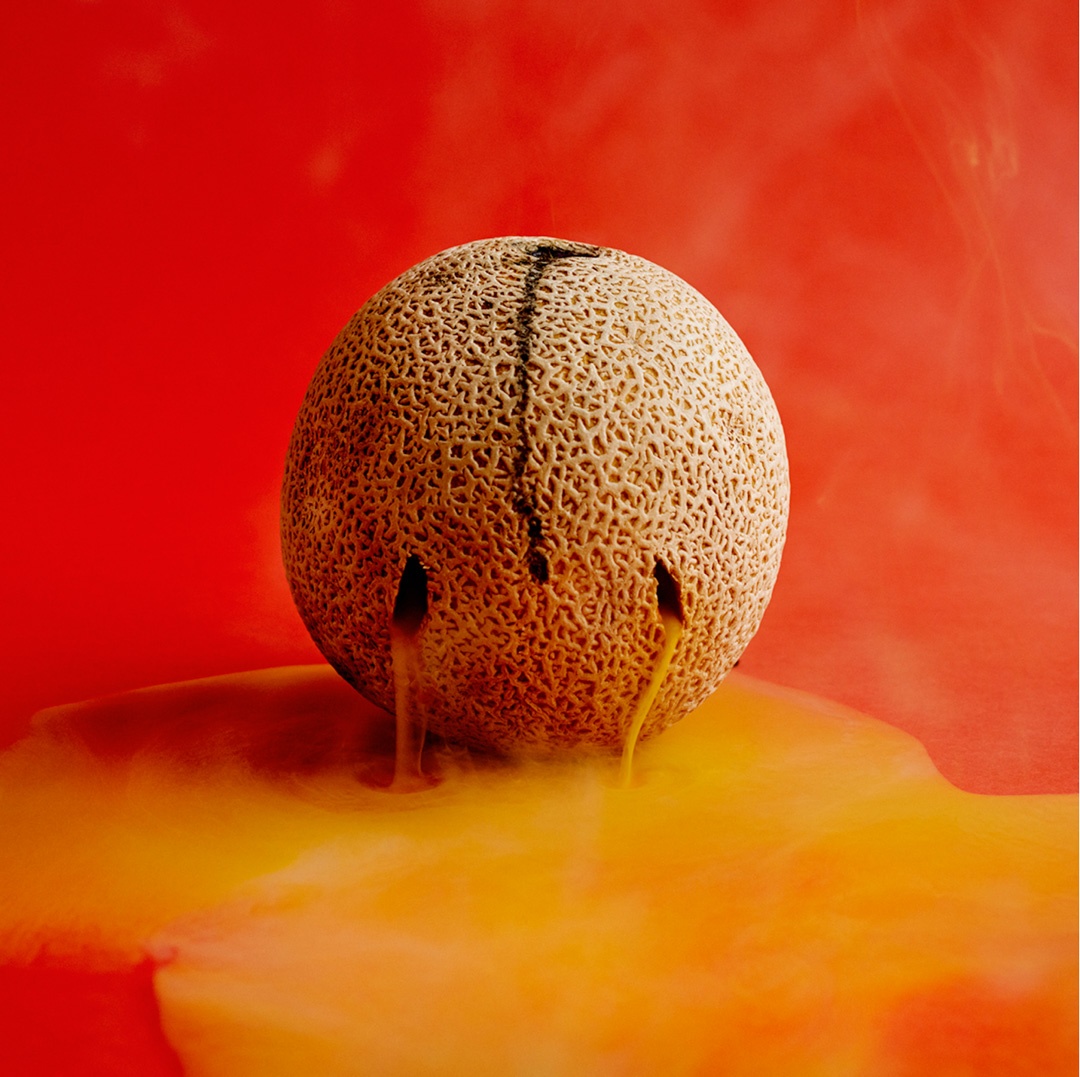 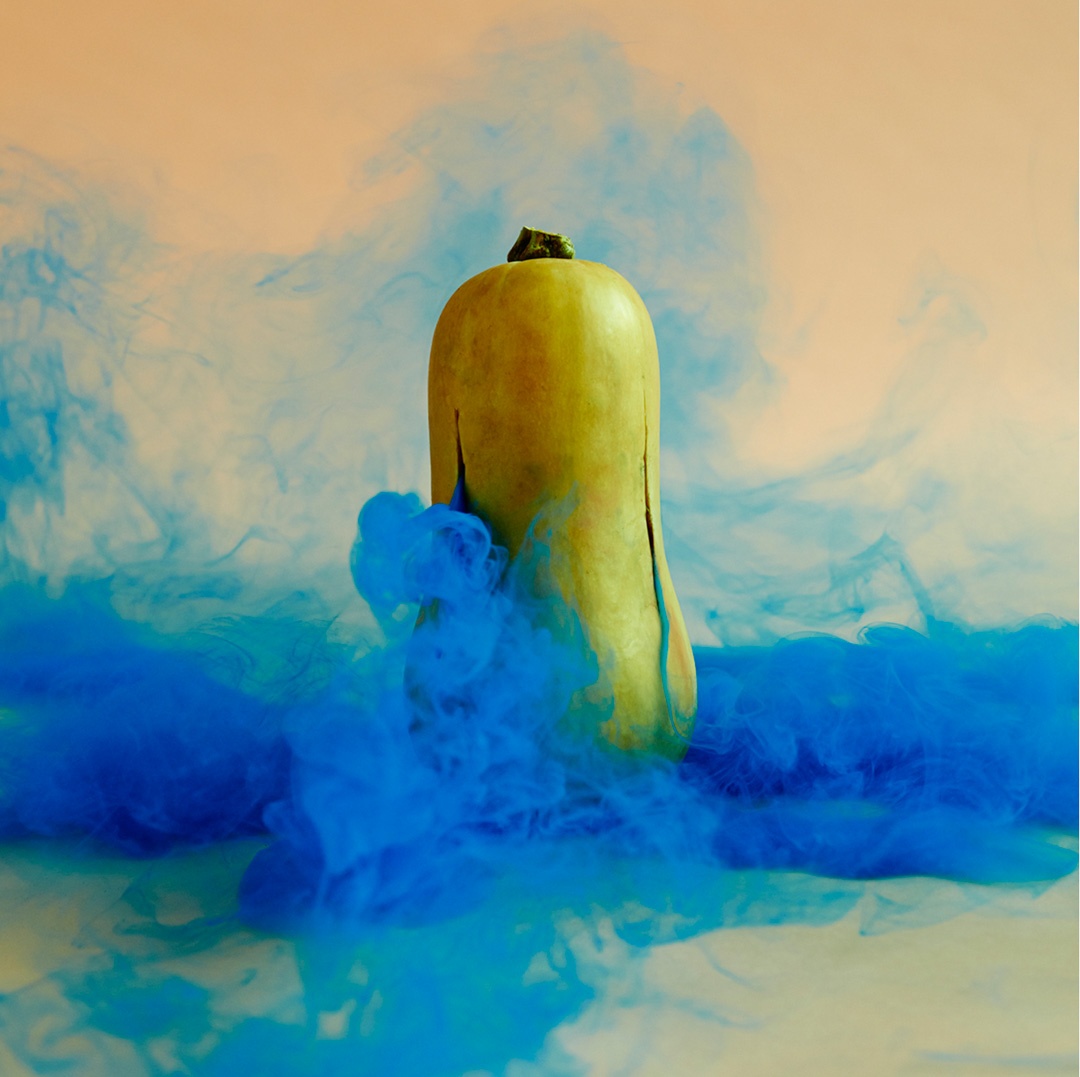 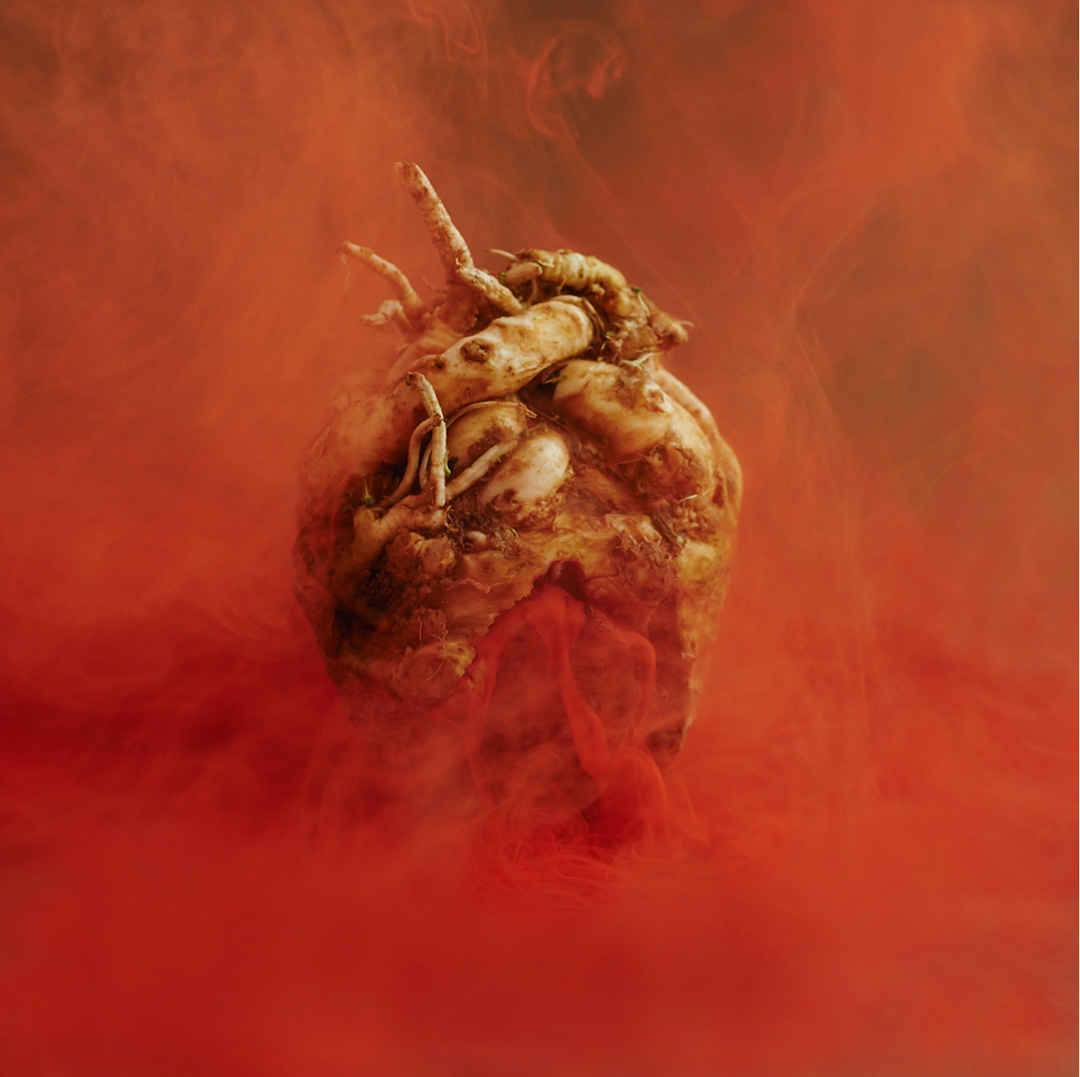 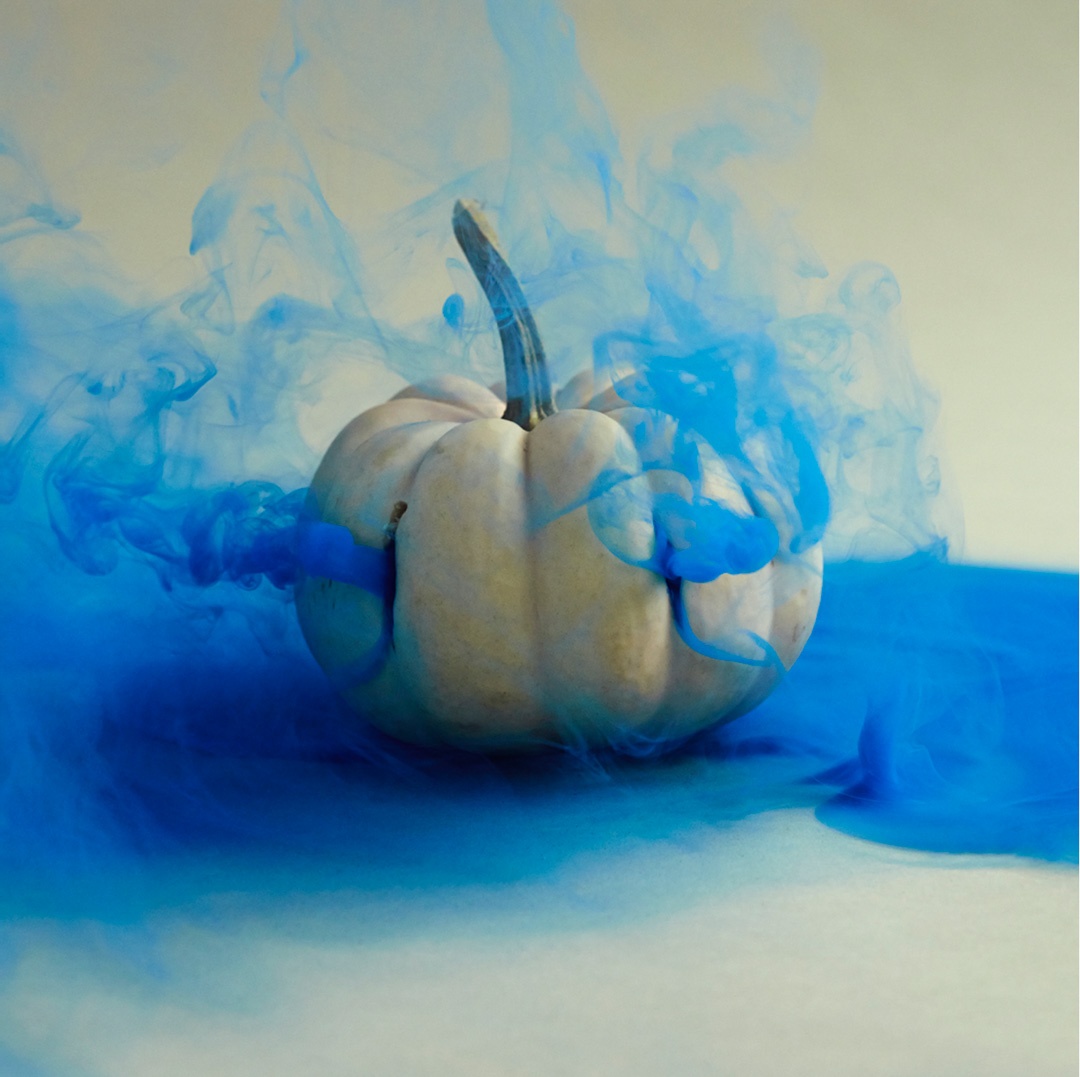 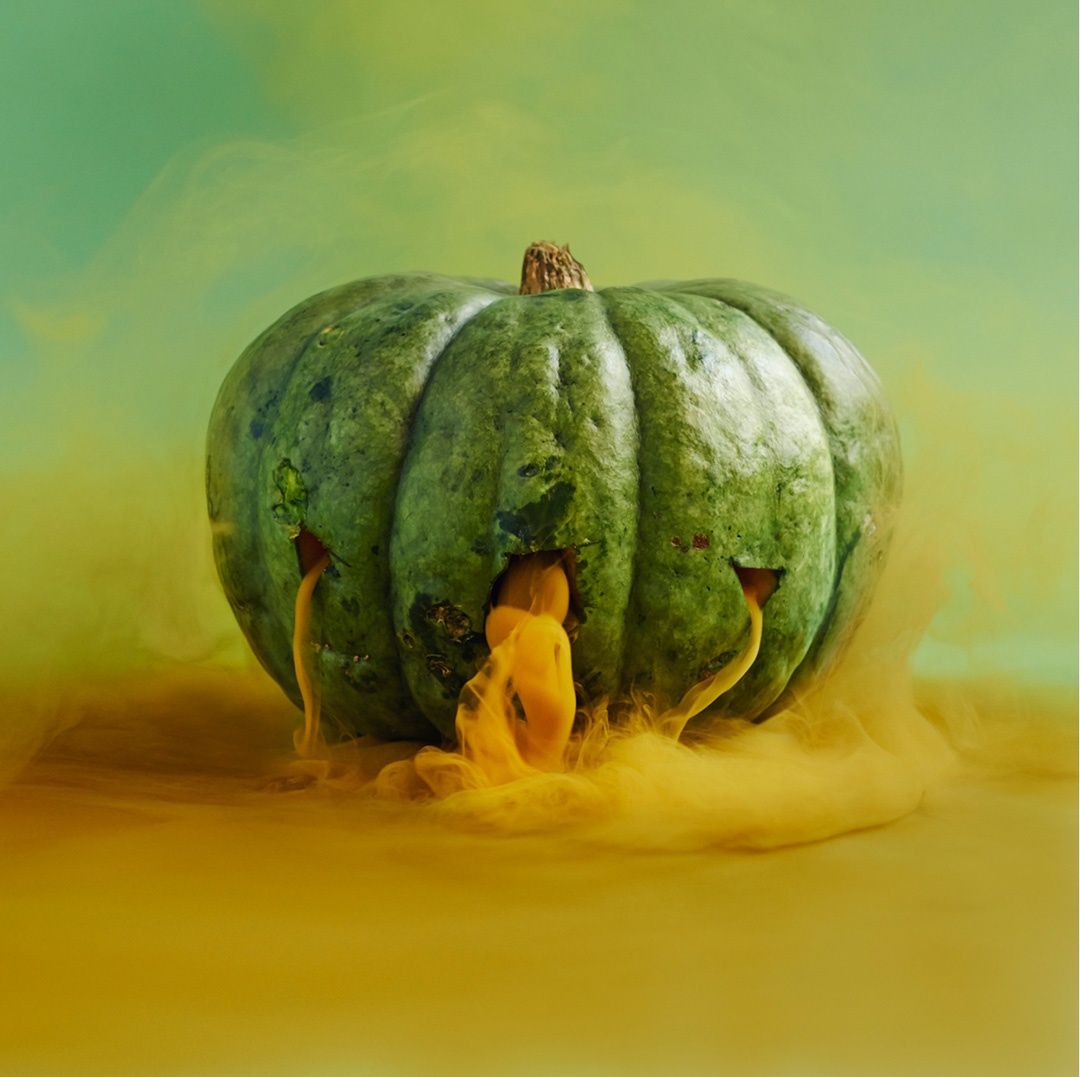 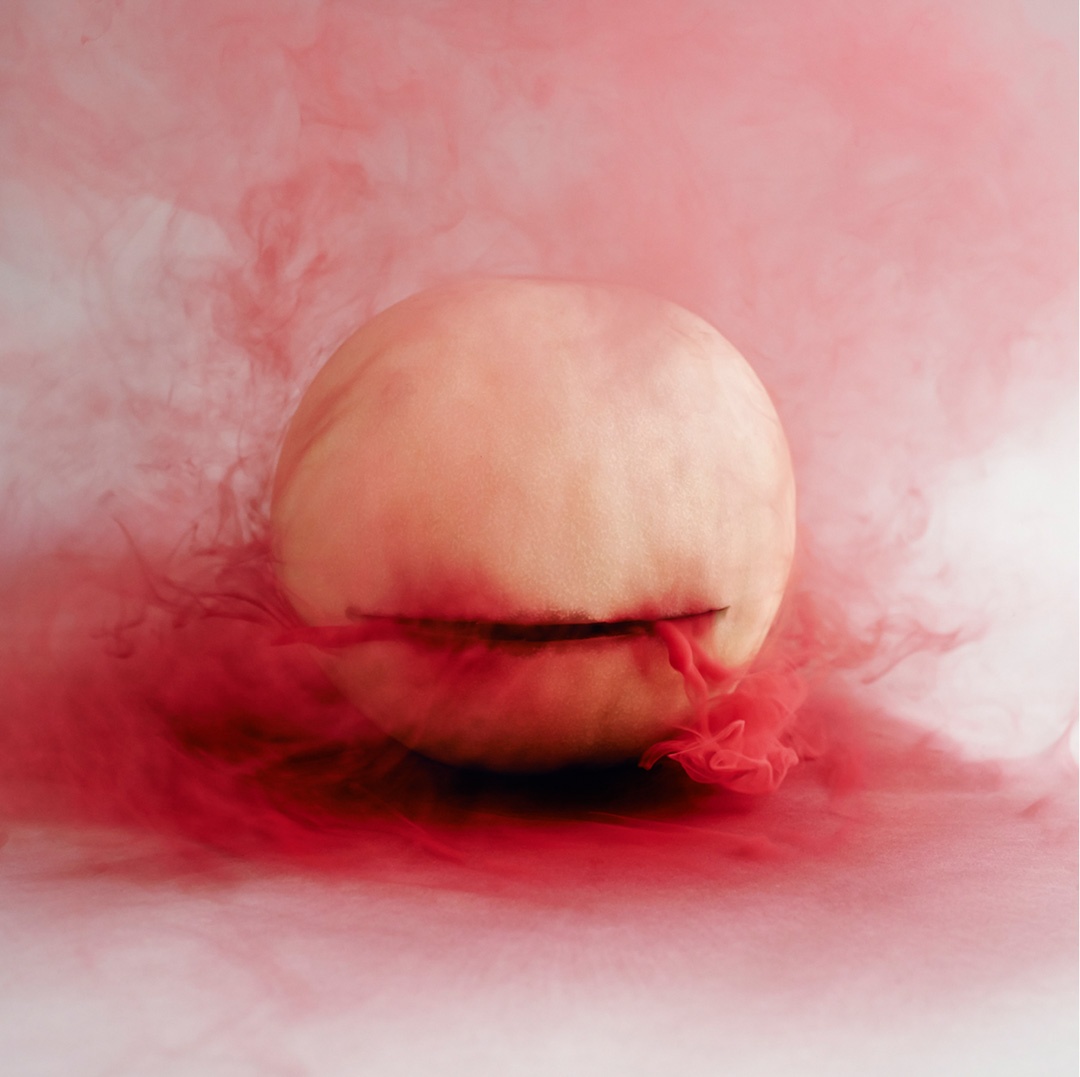 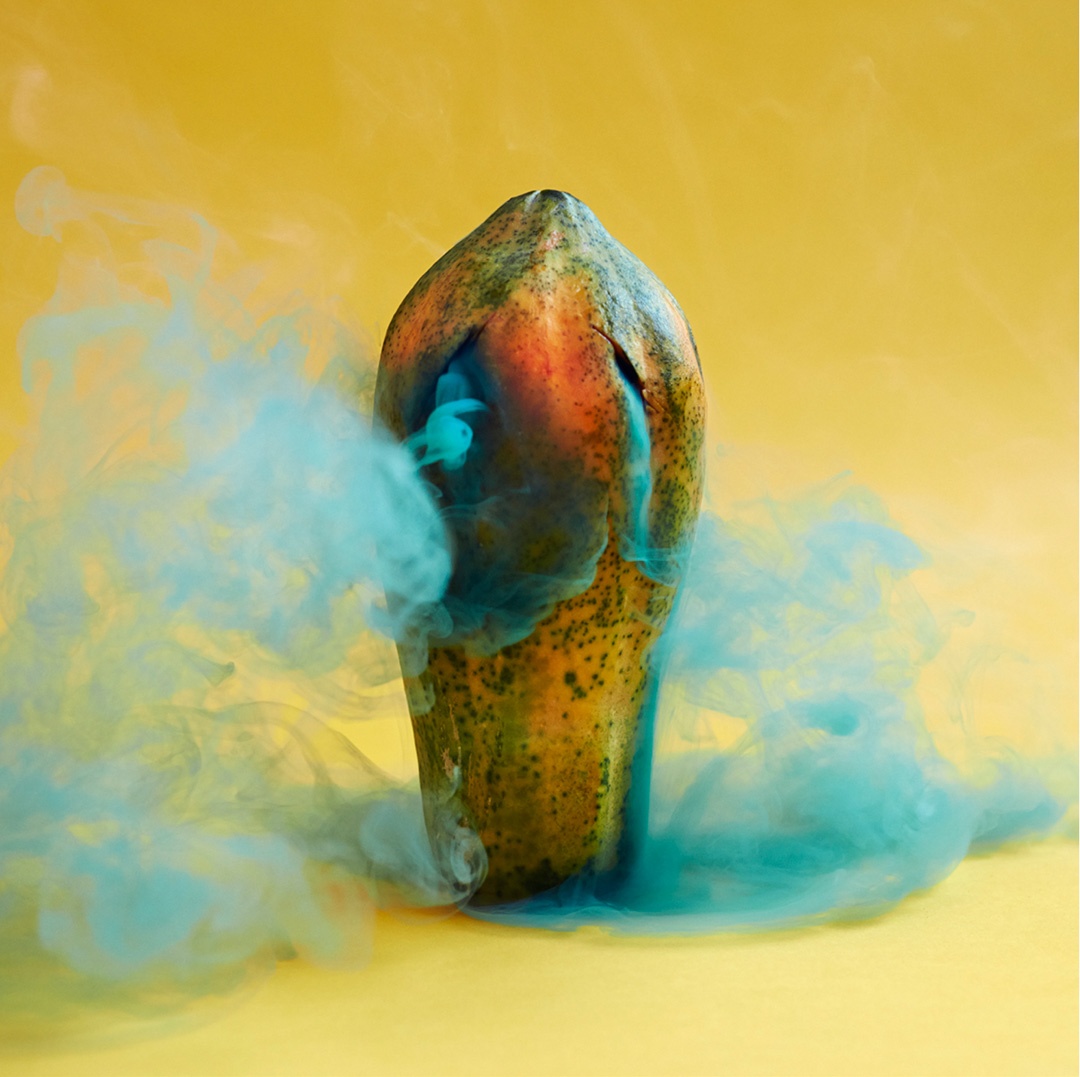 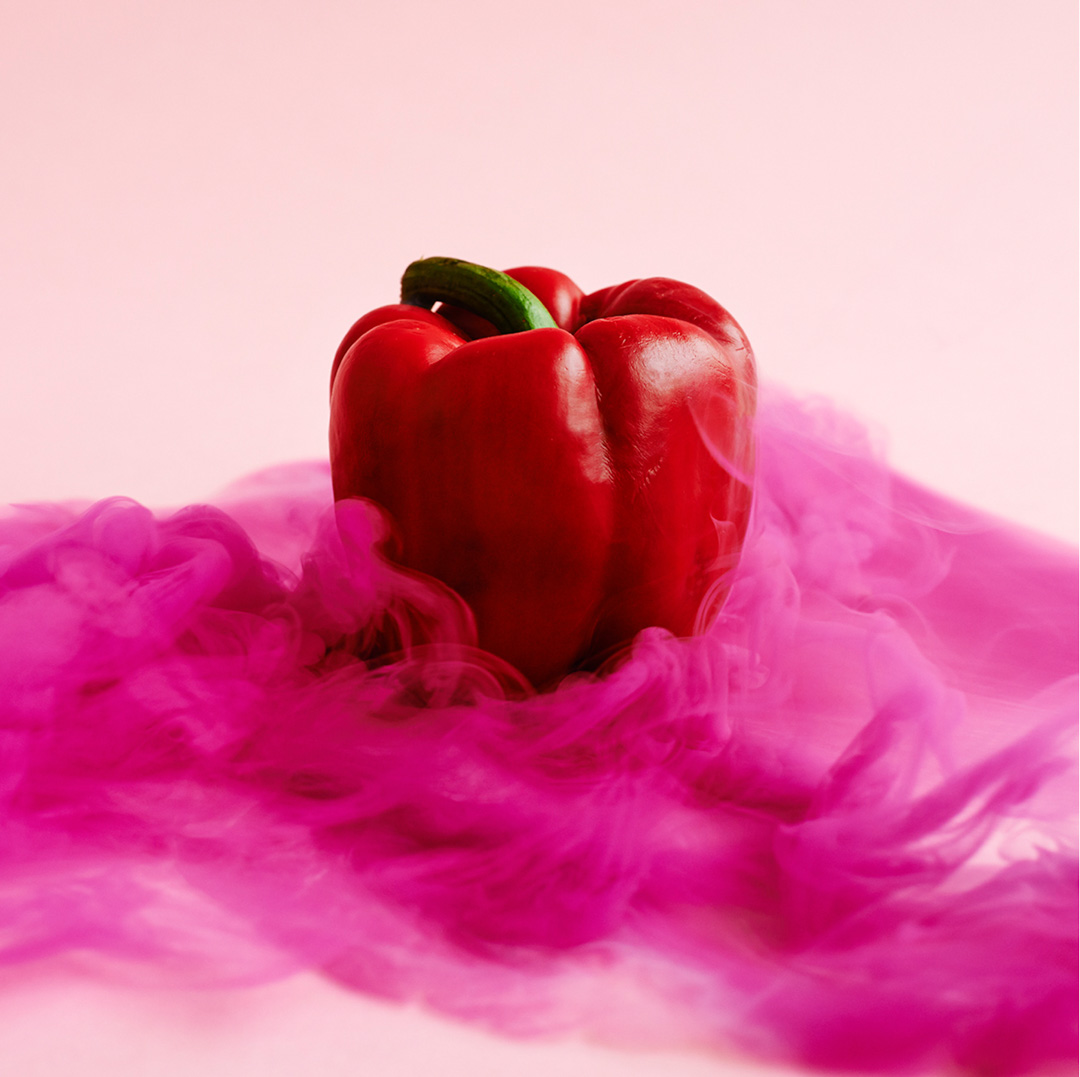 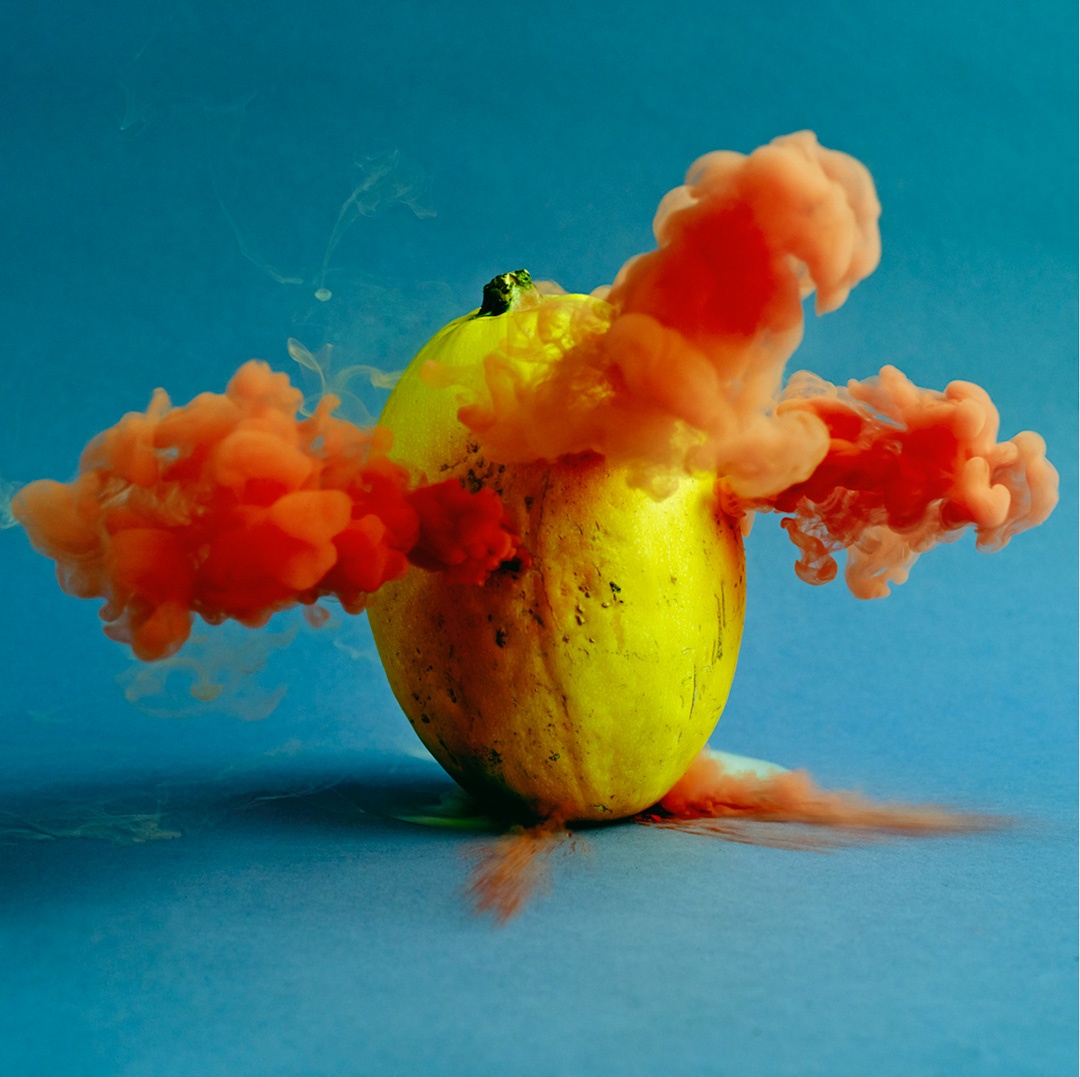 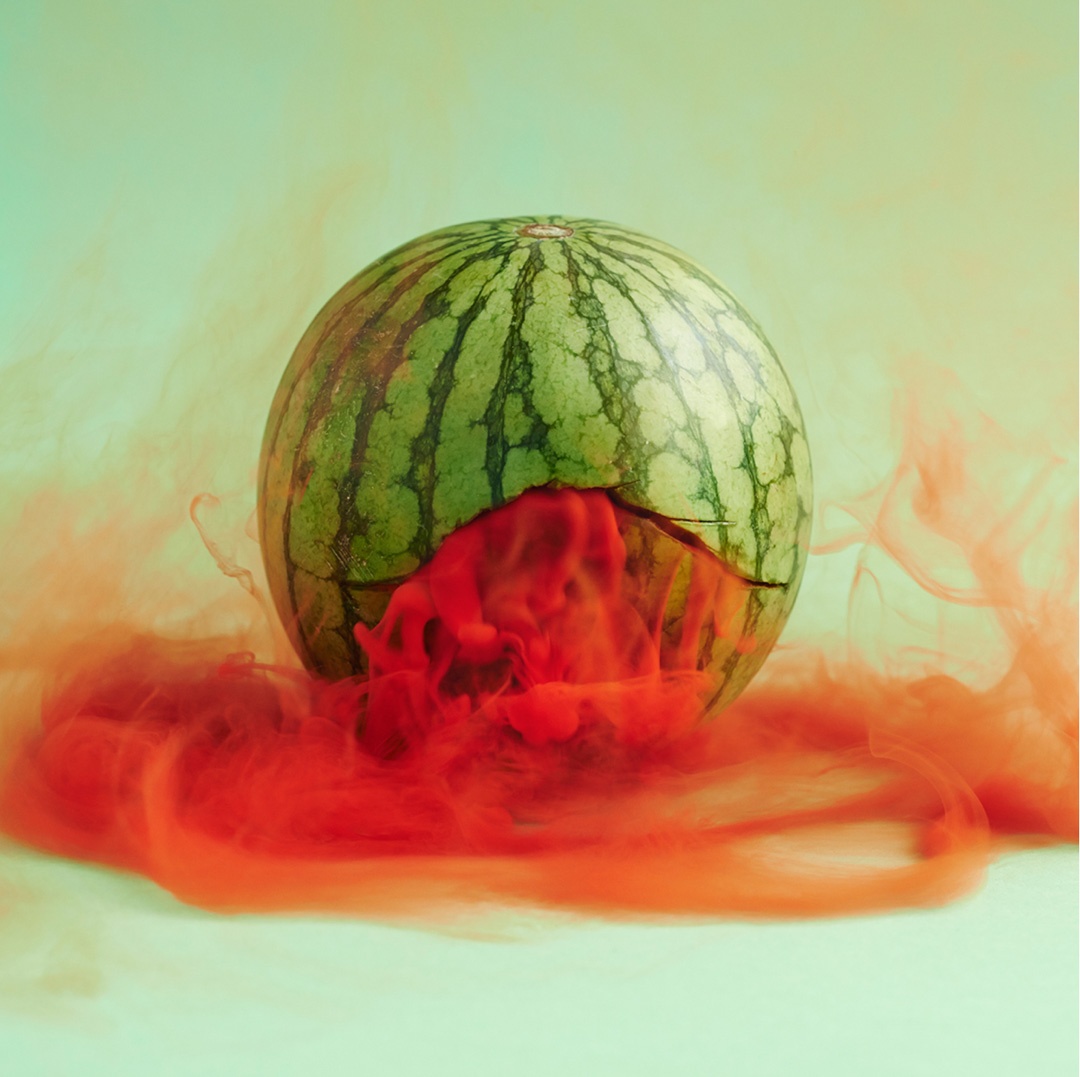 THE SECRET LIVES OF FRUITS AND VEGETABLES

The sight of a gaseous yellow ooze emanating from a cantaloupe melon might be slightly unnerving to most people, but Maciek Jasik (b. 1978, Poland) uses this smoke-like substance to represent symbolism attached to food in The Secret Lives of Fruit and Vegetables. The modern world has separated people from the mythology surrounding fruit and veg, bombarding them instead with messages of nutrition, calories and vitamins. Jasik wants to viewer to remember their mystical importance, for example the watermelon, which was put in Egyptian pharaohs’ graves, known for its water-holding capabilities, to aid them smoothly into the afterlife. A myriad of vibrantly coloured gases, against contrasting backgrounds, escape from vegetables such as an ordinary red pepper and others that look altogether more exotic, like the spiky horned melon. These oddly alluring images shed new light on the humble fruits and vegetables, adding a new element of mystery to something that was previously considered just sustenance.