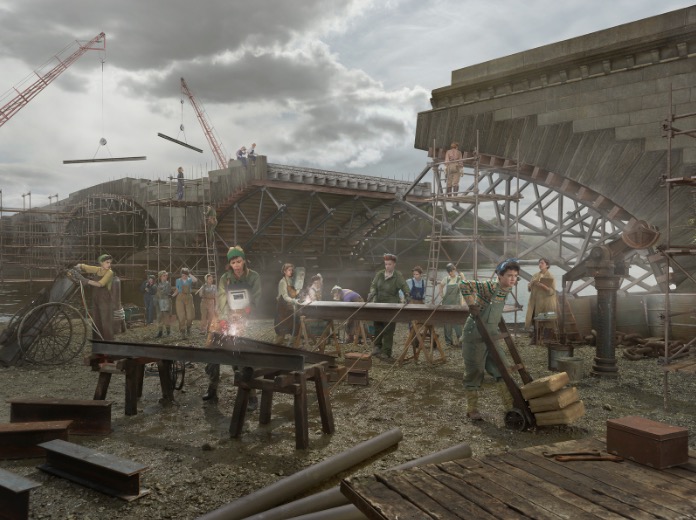 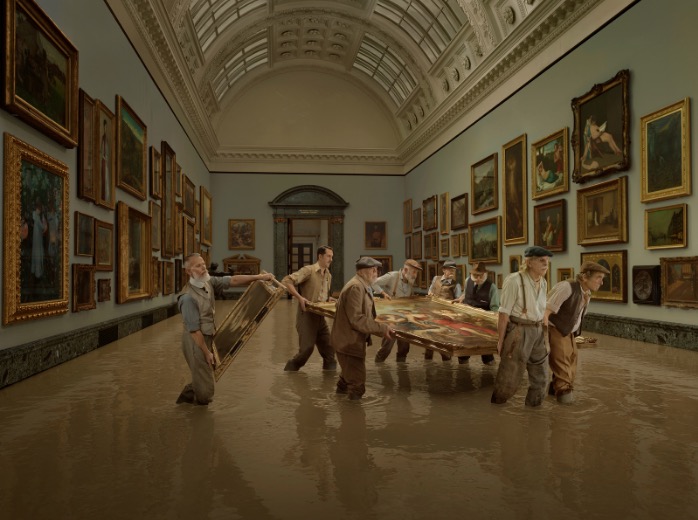 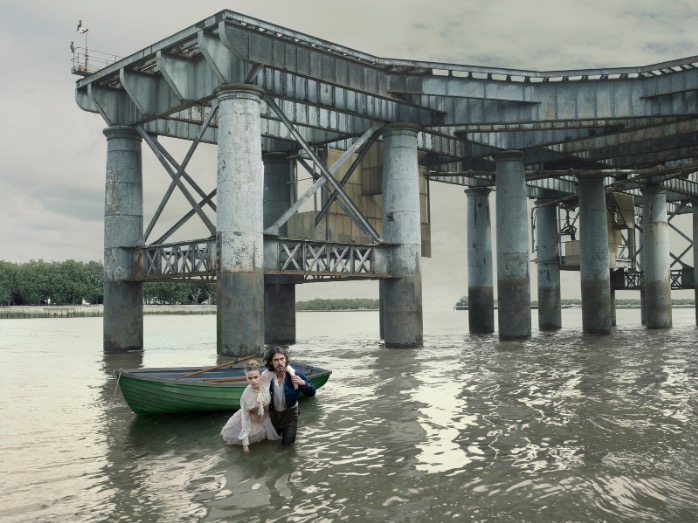 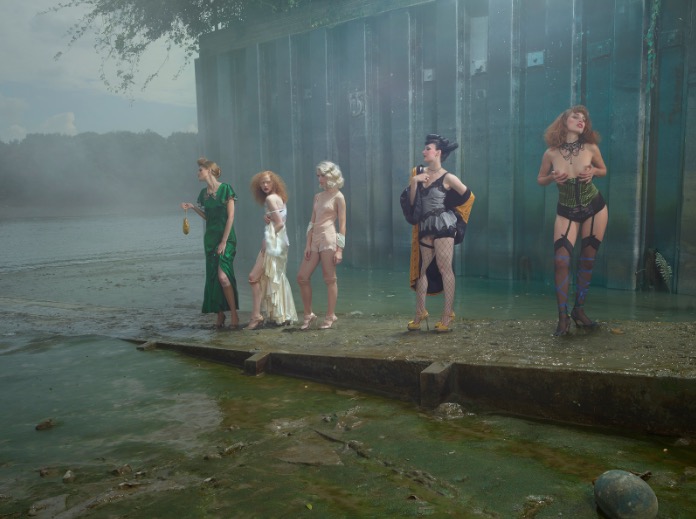 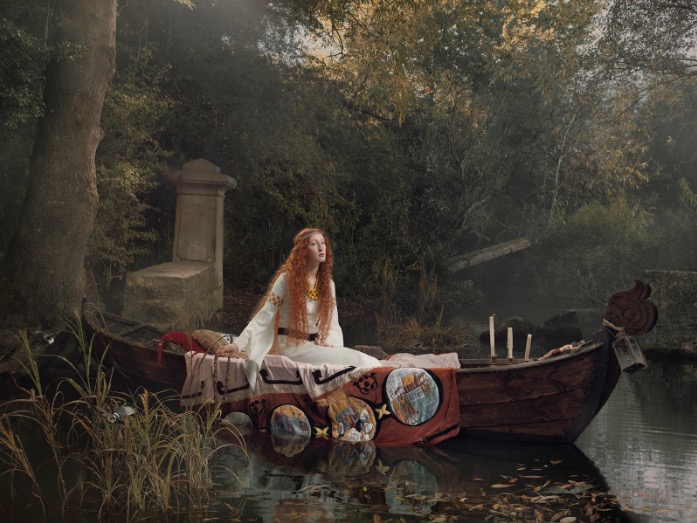 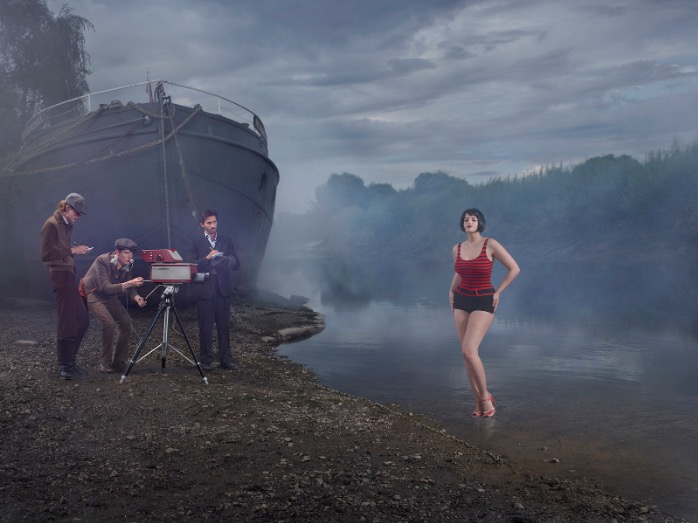 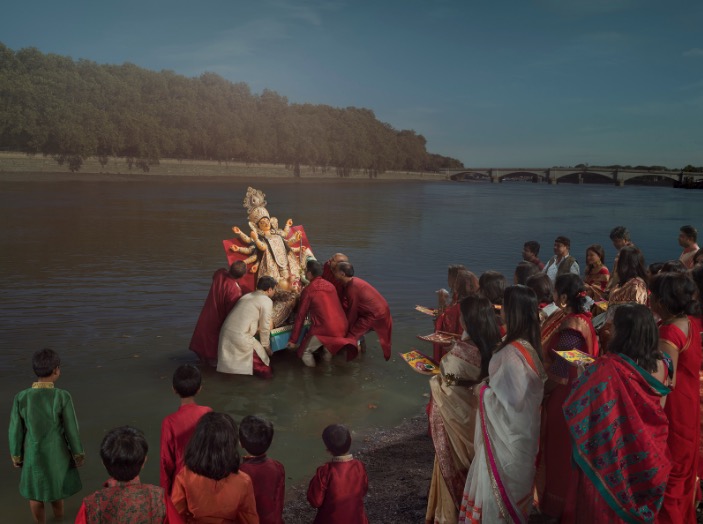 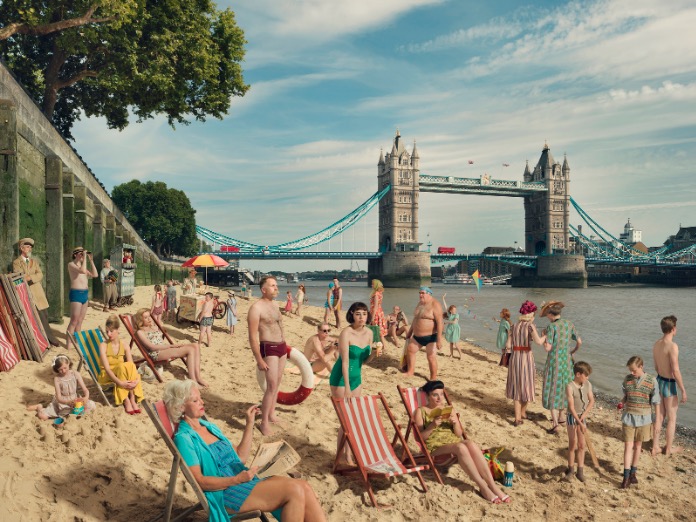 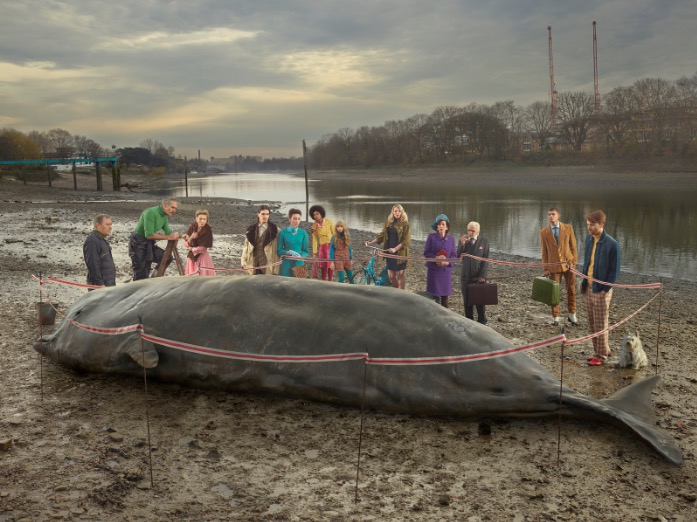 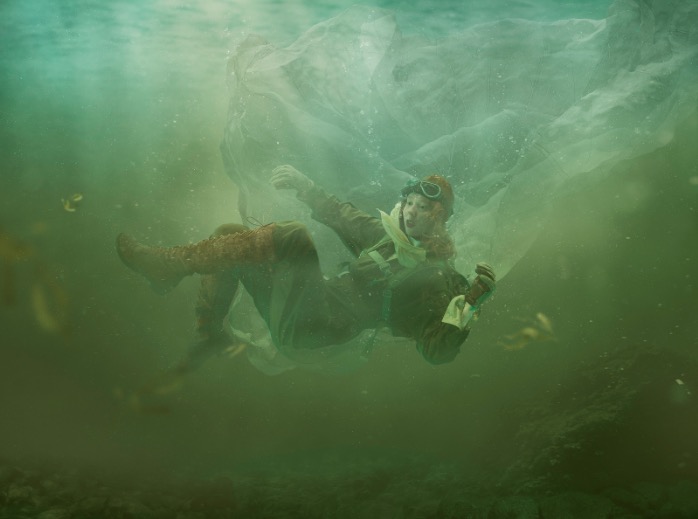 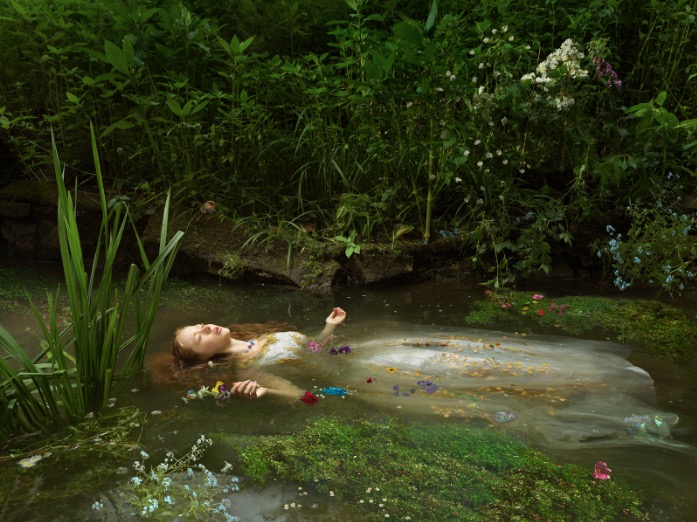 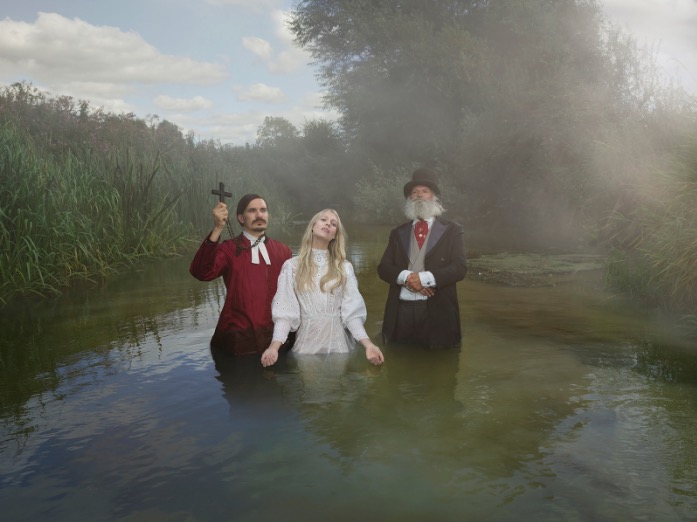 You may have heard of the famous saying by Heraclitus: “No man ever steps in the same river twice (…)”. However, with her ongoing project Old Father Thames (2018-), London-based photographer Julia Fullerton-Batten (b. 1970, Germany) continuously steps in the waters of the river Thames. She does so in order to uncover some of its mysteries and to bring to light the juiciest cultural and historical representations of the river. Among the artist’s favourites are the stories that encompass a human understanding of death and rebirth and highlight whispers of street vendors, gossips of prostitutes and unclear gibbering of fishermen.

Fullerton-Batten’s personal connection with the river comes from the time when she moved with her family to Oxford as a teenager. There, she discovered why the Thames has been a source of unstoppable inspiration for many famous painters like Claude Monet, William Turner and James McNeill Whistler. All three are renowned for their representation of the constantly changing environment of the great Thames. On their canvases, just like in Fullerton-Batten’s photographs, the river is never the same. It is serene, but ill-tempered; it is hostile, but also gentle and comforting. Looking back at all its famous representations in art and popular culture, it is easy to understand why these stories are still heard on its shores.

The main characters of Old Father Thames are Shakespeare’s Ophelia, the Thames Whale who swam down the river through central London in 2006, the brave female pilot Amy Johnson, the rebellious swimmer Annette Kellerman among many others. Fullerton-Batten plays out these scenes together with street-cast models. Sometimes she replicates an original painting, like with John Everett Millais’ Ophelia, while at other times she creates her own interpretations through staging and post-production. The project continues developing while Fullerton-Batten collects the stories, explores the locations and searches for the right protagonists, carefully preparing to play out more of the new-old English tales.