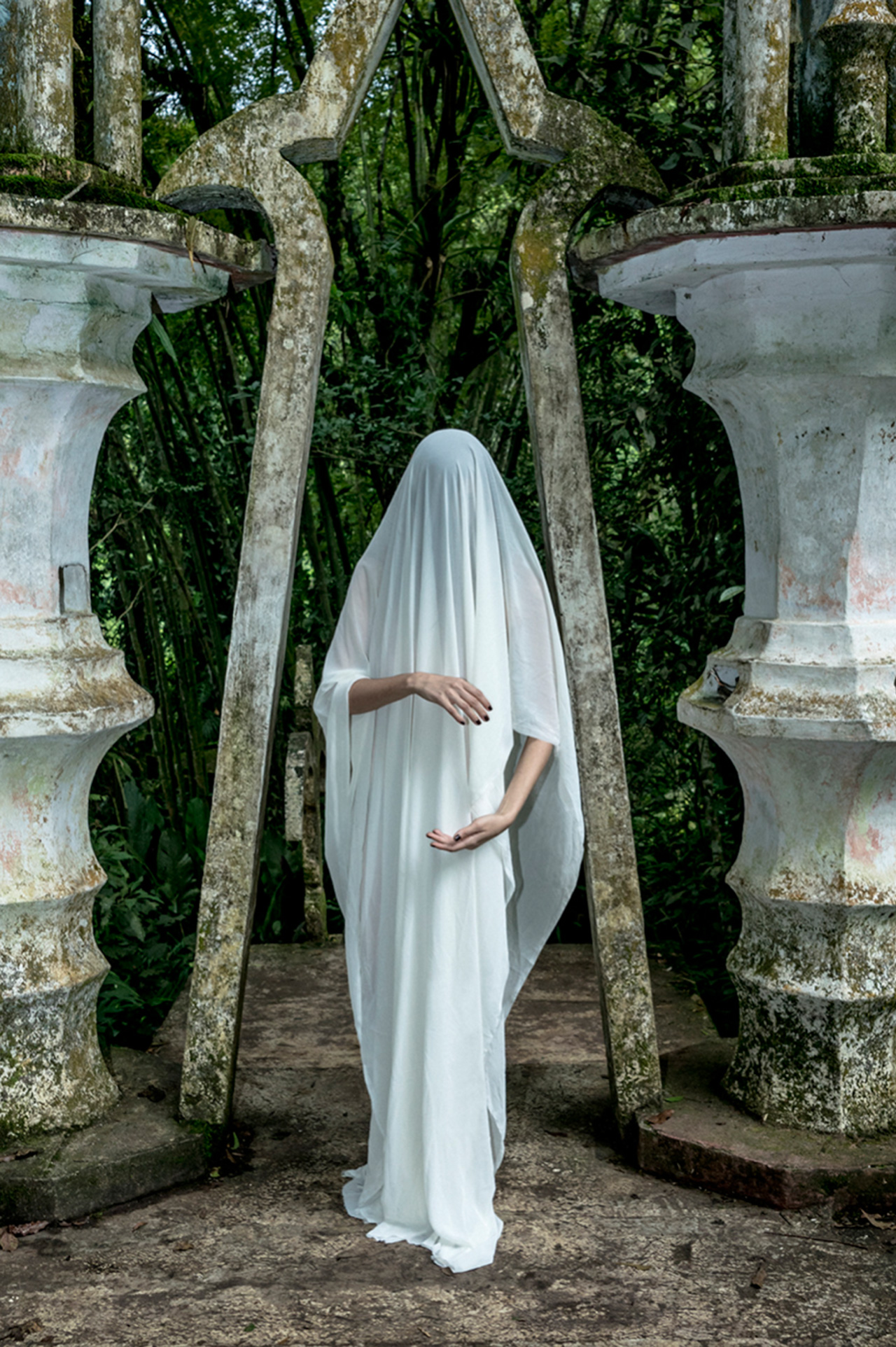 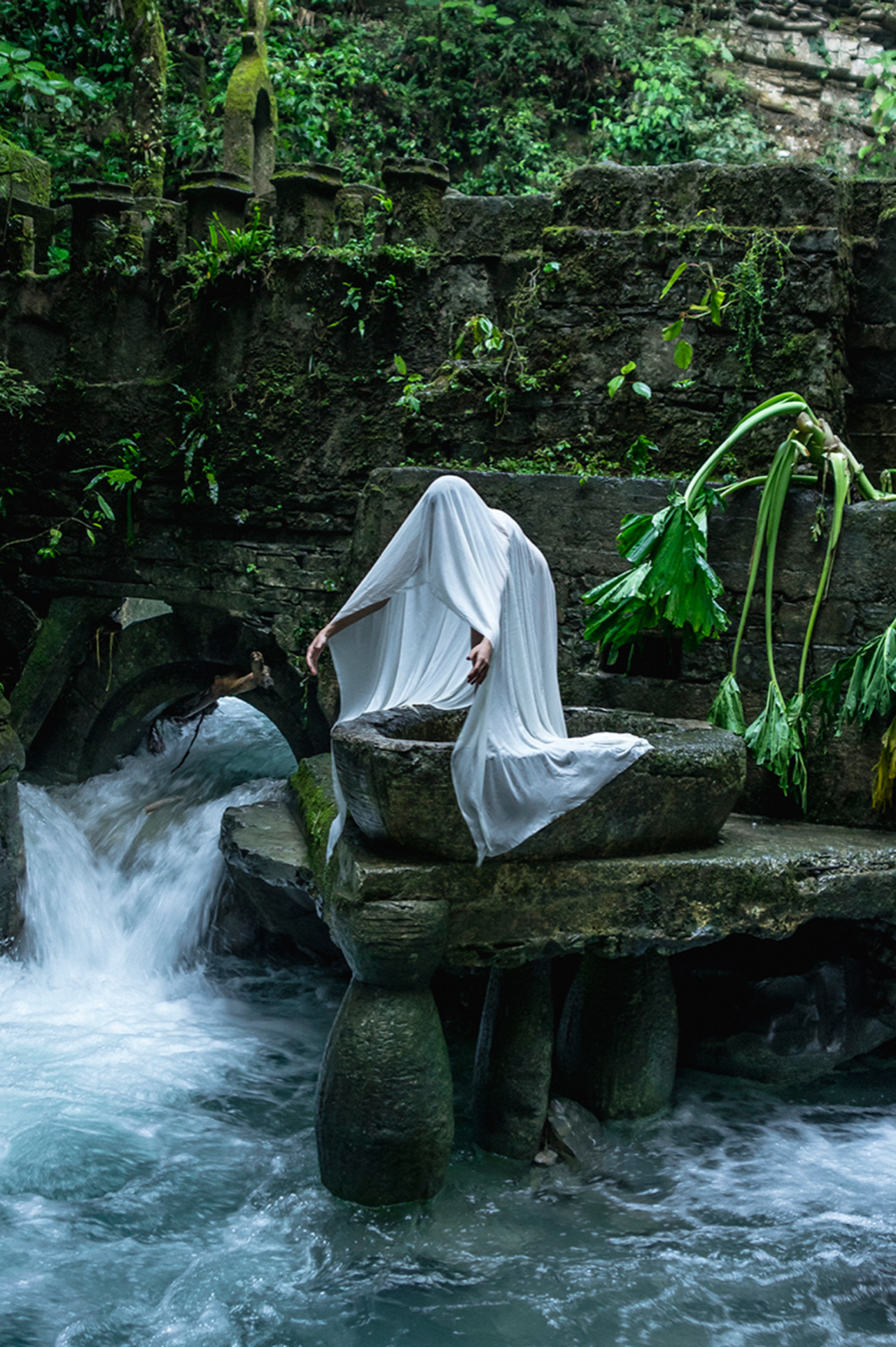 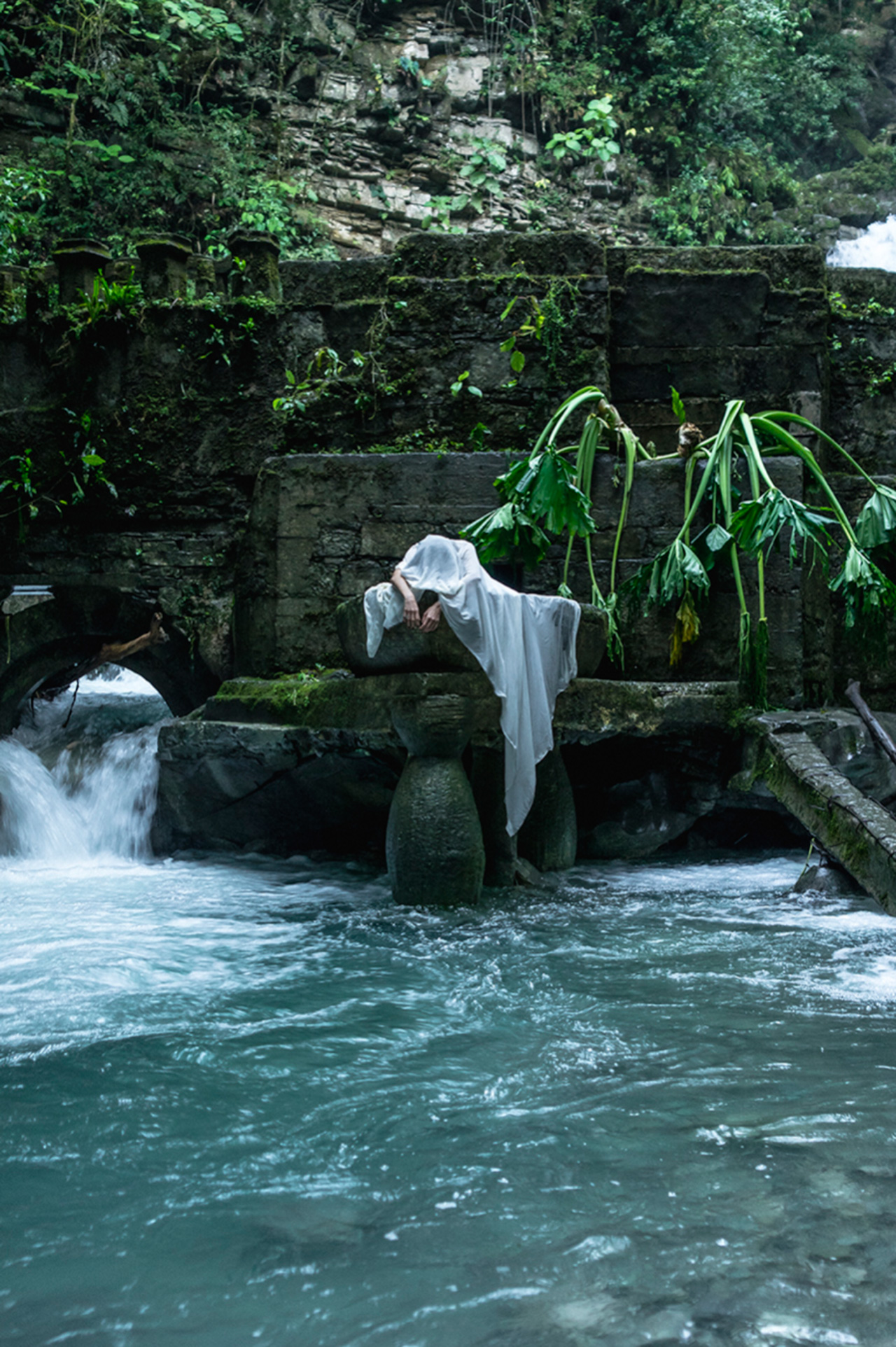 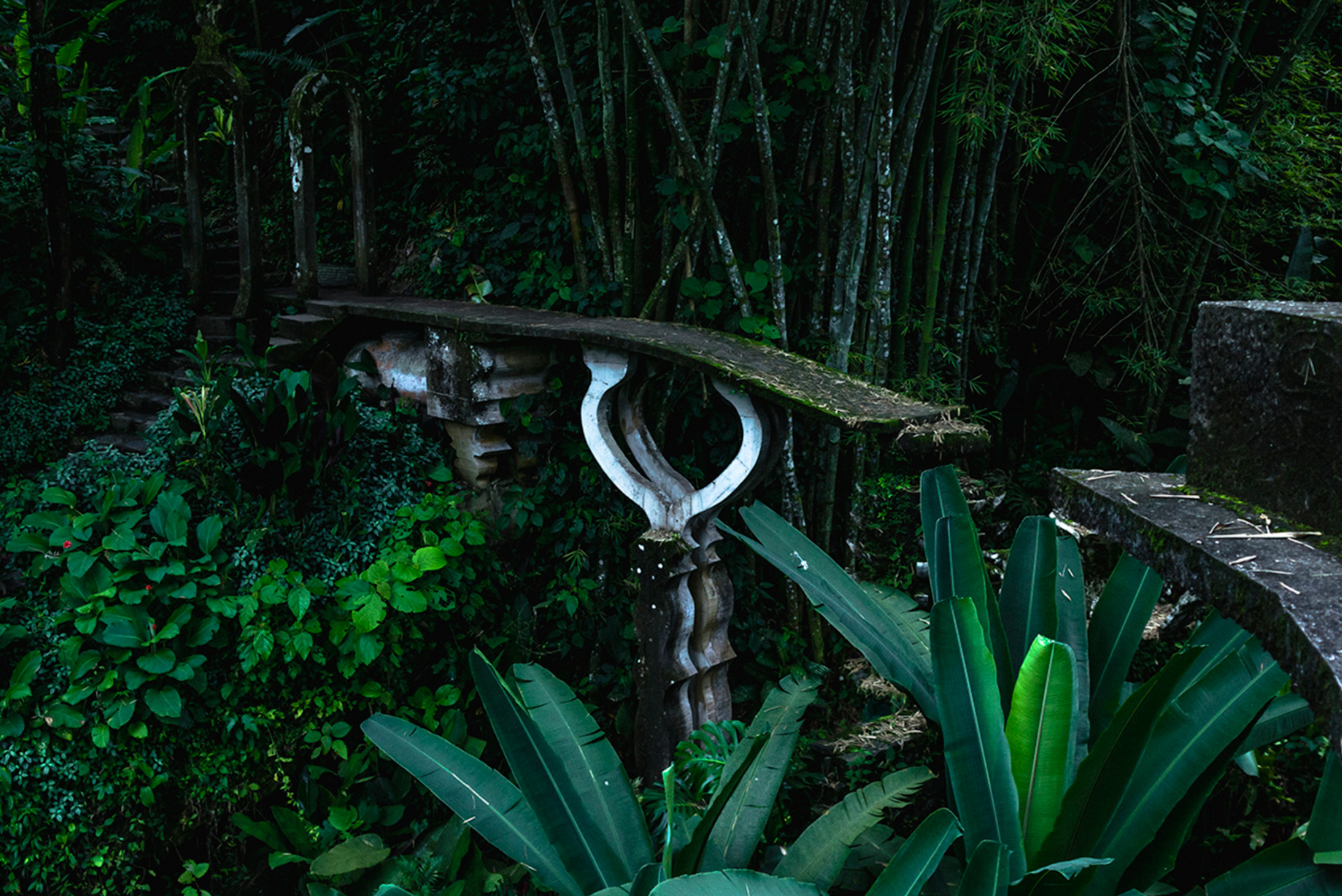 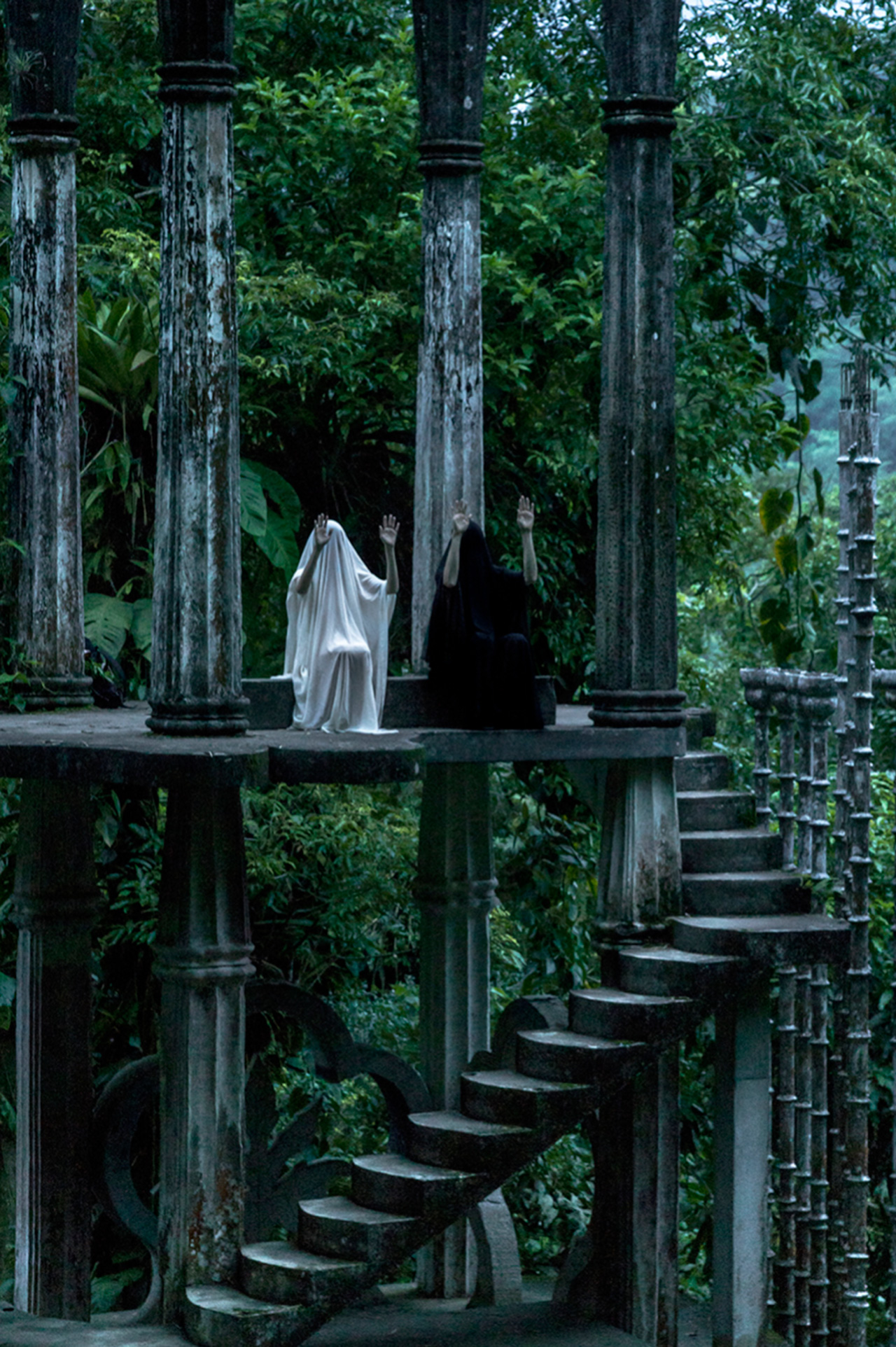 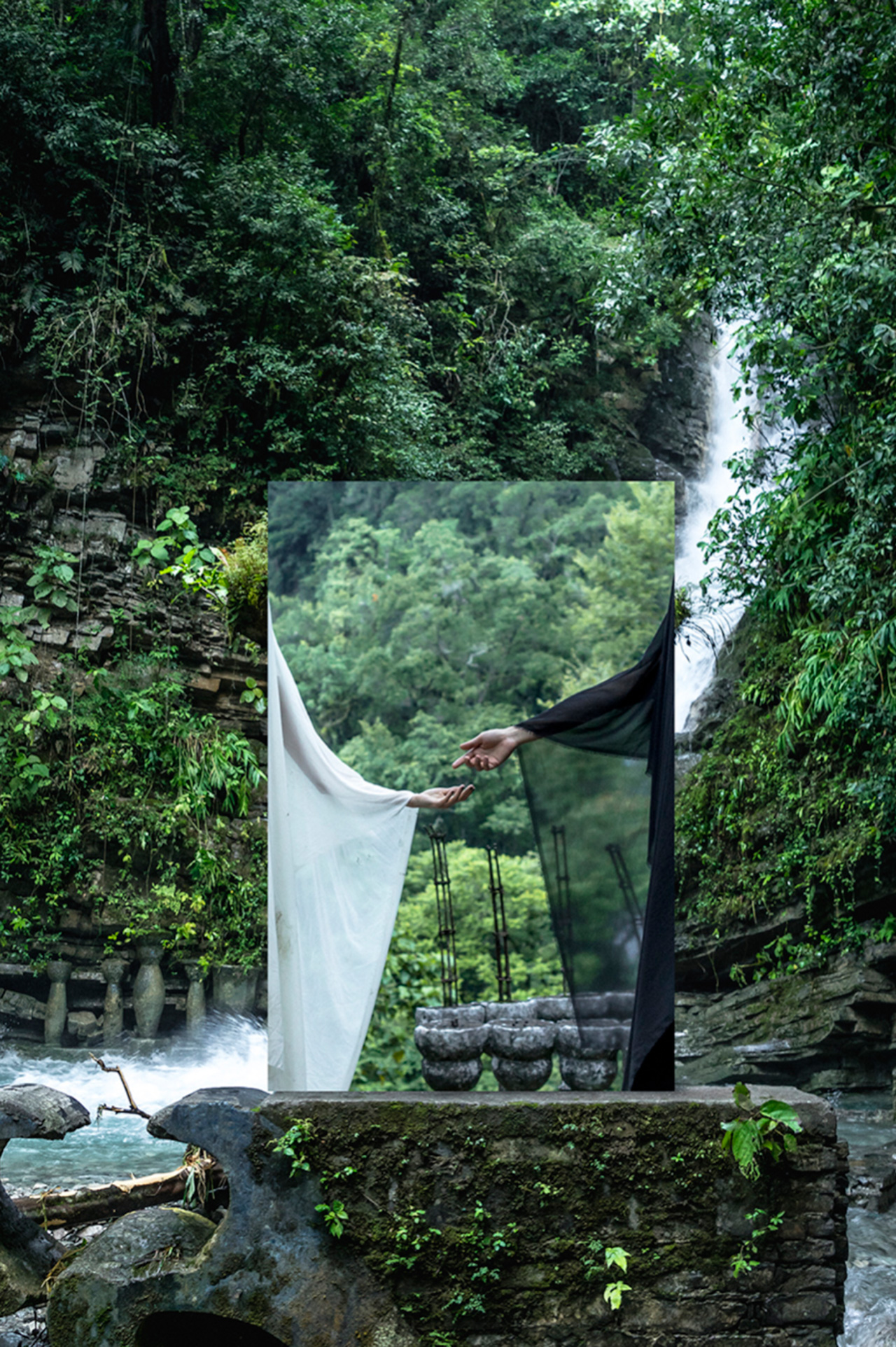 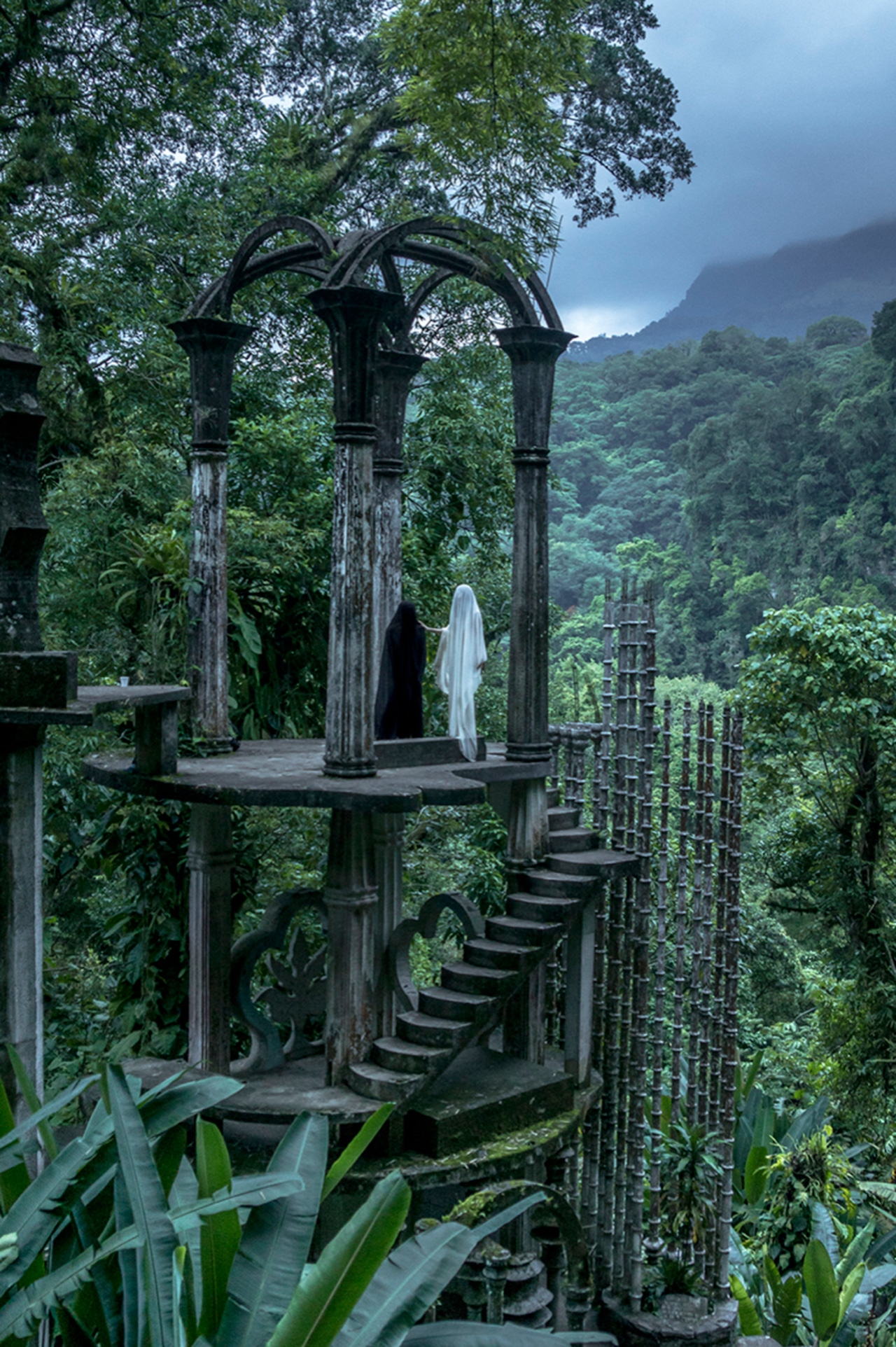 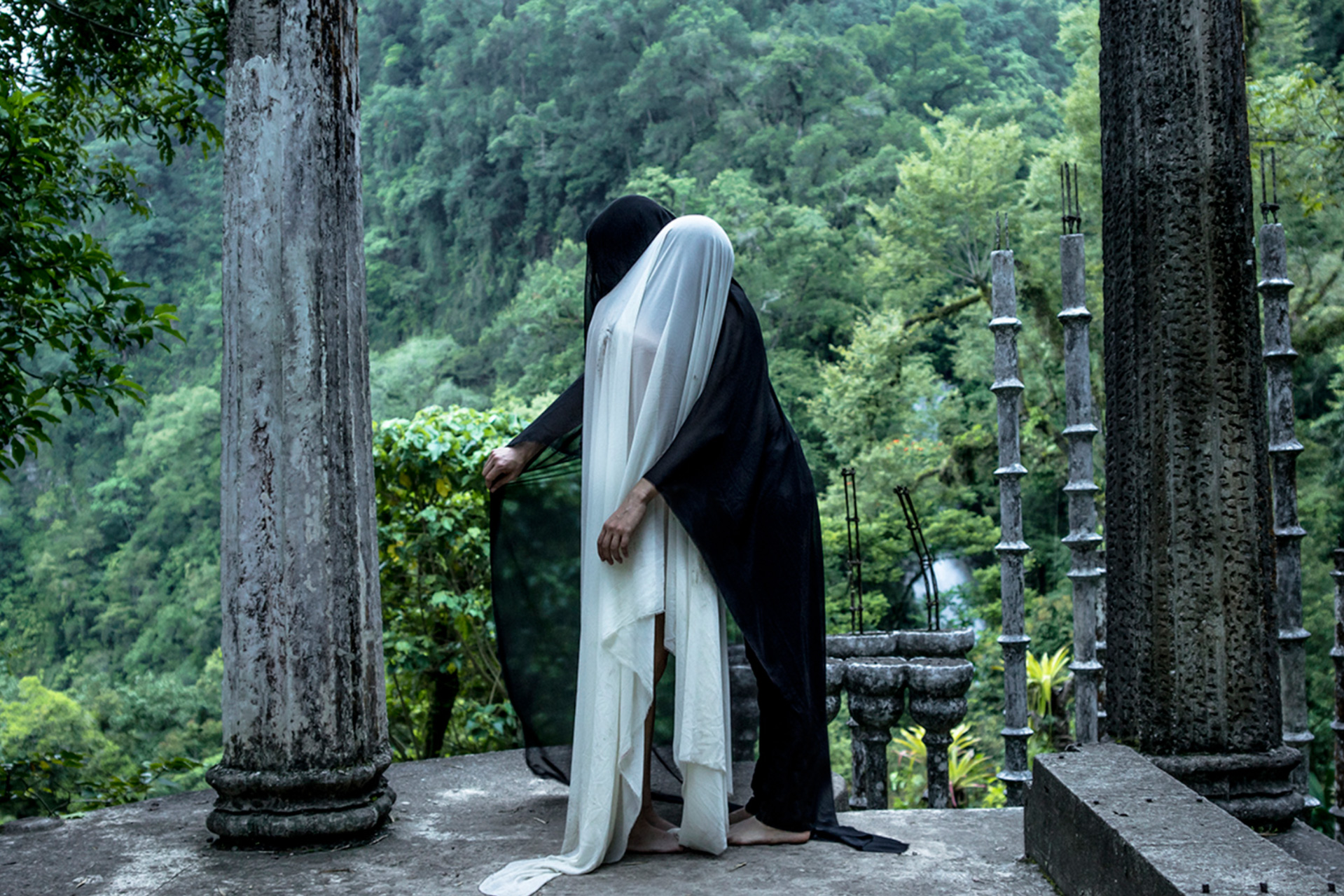 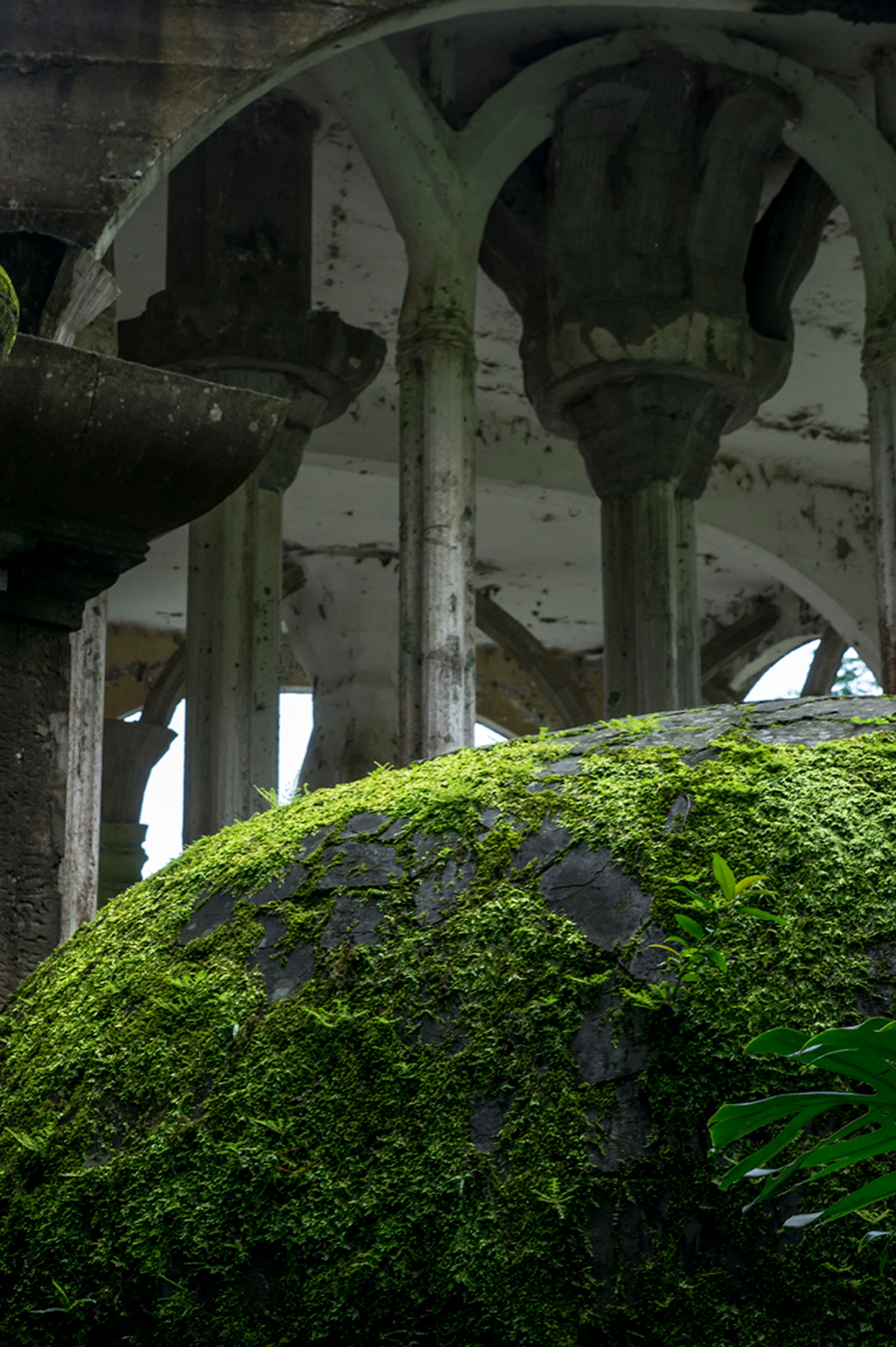 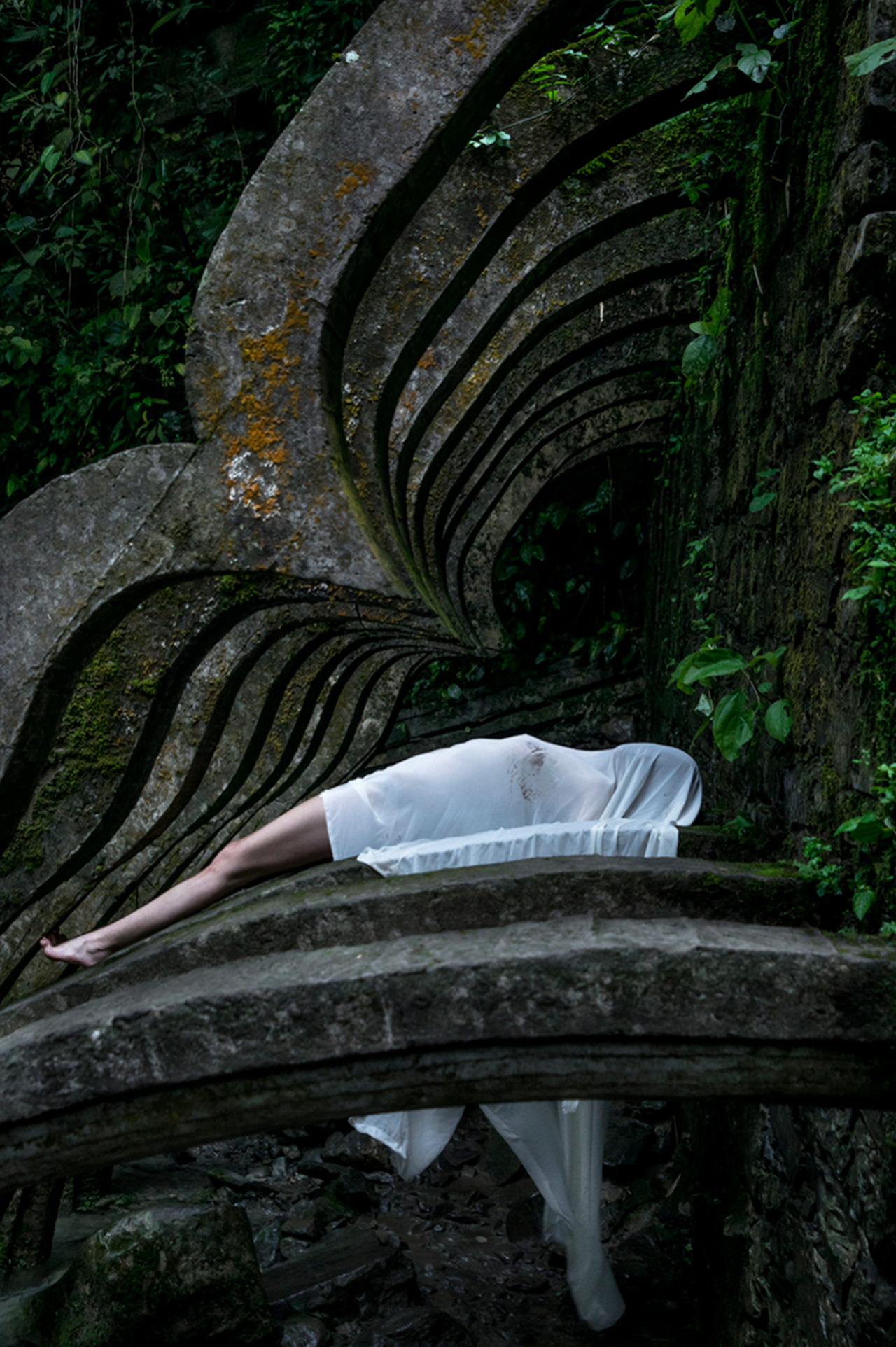 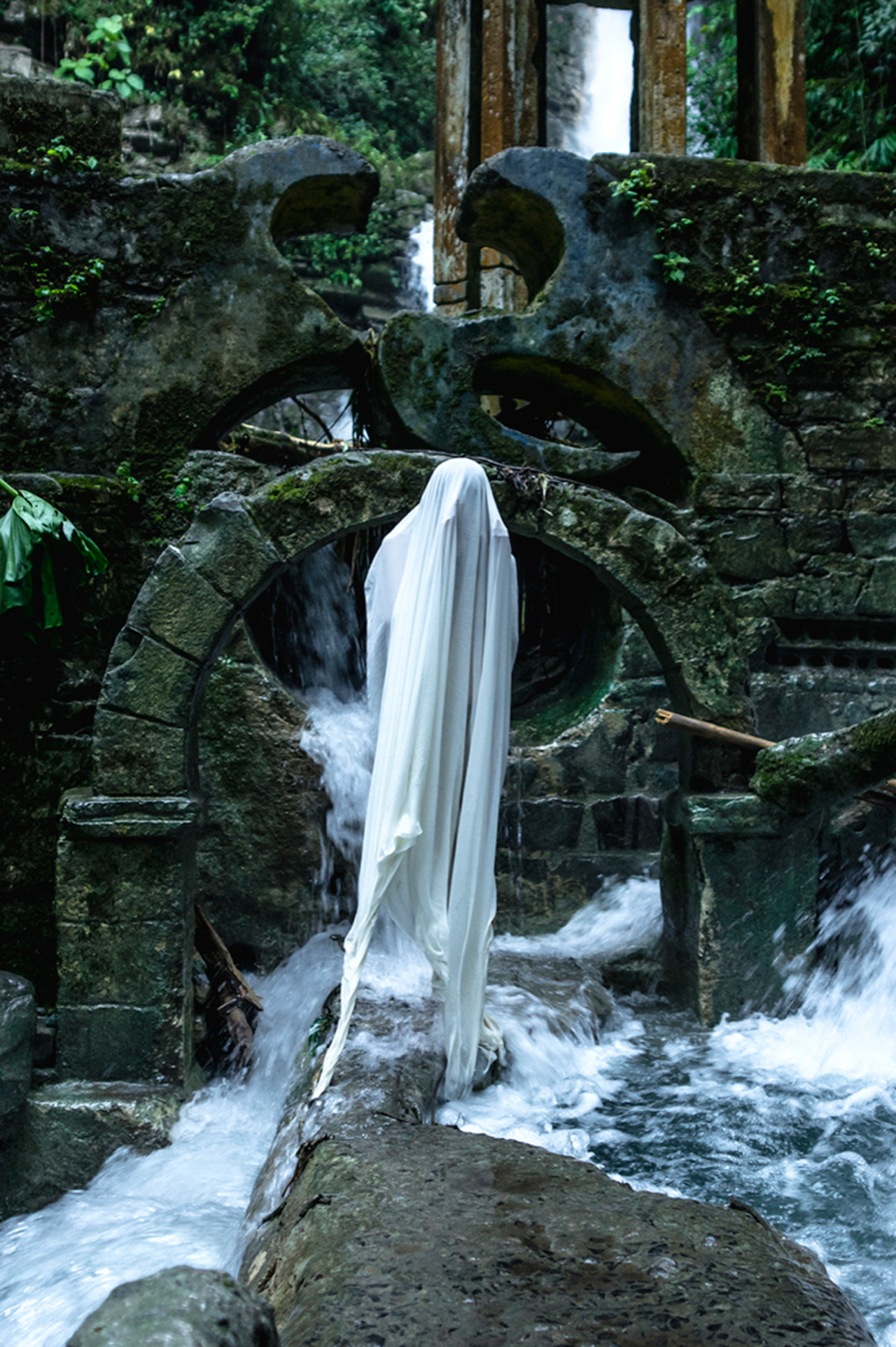 “We find duality, the mirror of ourselves, where all of the lower is in the higher, horizontal expansion, vertical emergence, it seems to be a dream, an illusion.” – Jose Espinola

Jose Espinola (b. Mexico, 1984) pays tribute to the Mexican heritage of surrealism in his series Mirrors of Ourselves. Shot in and around the mysterious castle of poet and long-time supporter of surrealism Sir Edward James (1907-1984) – in the middle of the jungle hours north of Mexico City – Espinola presents us with the image of a human figure covered by a white sheet. The figure, occasionally accompanied by a black counterpart, poses in the gardens of Xilitla – amidst strangely formed structures, bridges and columns. The structures don’t seem to have any purpose, which contributes to the mystical atmosphere captured by Espinola’s work. The ghostlike figures surrounded by the beautiful jungle express an invitation to question what it is to be a human in this world, and other possible worlds alike.