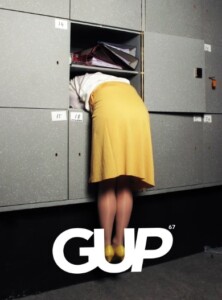 Joana Choumali (b. 1974, Ivory Coast) expresses her artistic vision through photography and mixed media, touching on issues of identity and notions of beauty in relation to the body. Much of her practice focuses on Africa and derives from her own experience as a black African woman. The common denominator in Choumali’s work is a sense of contemplation while also triggering questions about how our self-image can shift depending on social circumstances. In 2019, she won the prestigious Prix Pictet with Ça Va Aller, a compelling narrative on Hope, the theme of last year’s edition.

Grand-Bassam, a beach resort an hour away from Abidjan and the French colonial capital in the 1890s, became a popular tourist destination and craft centre in the late 1970s. In 2016 it was the site of a deadly terrorist attack when three Islamist gunmen came to shore and opened fire at a hotel near the beach, killing 19 people and injuring 33 others. Three weeks after the attack, Choumali visited the town.

Bassam was a place where many Ivorians spent holiday weekends. For Choumali herself, returning to the town evoked childhood memories of Sunday afternoons spent hanging out on the beach surrounded by her loved ones. After that dreadful and violent event, however, the atmosphere of Bassam had changed. A saudade, a kind of profound melancholia, invaded the town.

Choumali decided to leave her normal camera at home, and instead used her iPhone to discreetly document what she saw. Most of her photographs show empty places or individuals slowly wandering the streets, lost in thought. Back home, she felt the need to process the pain and discovered she could do so by embroidery – by sewing directly on to cotton canvas prints of the photographs. Each stitch was a way to recover, to process the turbulent thoughts and feelings inside her head.

The title of her award-winning project, Ça Va Aller – “it’s going to be fine” – refers to a common saying in Choumali’s homeland, used as a gesture of reassurance. In Côte d’Ivoire, it’s not common to talk about your feelings or mental state; discussing a traumatic experience is often seen as a sign of weakness or even mental disease. When attempting to talk about such matters, the conversation is quickly shortened by a resigned “ça va aller”, a phrase of optimism and positivity but also a subtle way to close a conversation.

Initially, the project started as a process of meditation and self-help, a way of dealing with trauma and stress. The metamorphic role of cloth, the performative gesture of adding colourful patterns to the pictures allowed Choumali to come to terms with what had happened; to experience the emotional impact of the dreadful event in full. But also, to counter the immediacy of the act of taking photographs and to spend more time with the images that were captured with her camera.

Apart from the meditative effect, the act of embroidering the canvas was also a way of channeling hope and resilience. As she said in her Prix Pictet acceptance speech: “The history with the little ‘h’ is part of the big history with the big ‘H’.” Or the other way around: major events might be archived as ‘historical’, but everything that happens in the world is always also experienced on an individual, personal level. Choumali dedicated this long-term series – and the award – to all victims of the terrorist attack in Bassam and to her beloved country, which still has a lot of healing to do.

Joanna Choumali was born in Abidjan, the largest city in Côte d’Ivoire, West Africa. What often sparks her art is an ongoing fascination with the diversity of cultures and traditions across the African continent. One of her most critically lauded series, Hââbré/The Last Generation, shows portraits of Burkinabe men and women and considers the practice of scarification – making superficial incisions on the skin, including the face. It is a practice that is slowly disappearing due to pressure from religious and state authorities, but also due to changing urban habits. For Resilients, another portrait series, she documented young, professional African women who, like herself, struggle with feeling connected to their family’s traditional past.

Hope, featuring the work of the 12 artists shortlisted for the Prix Pictet, started in December 2019 in Tokyo. The exhibition continues its world tour with upcoming shows in New York and Verona.