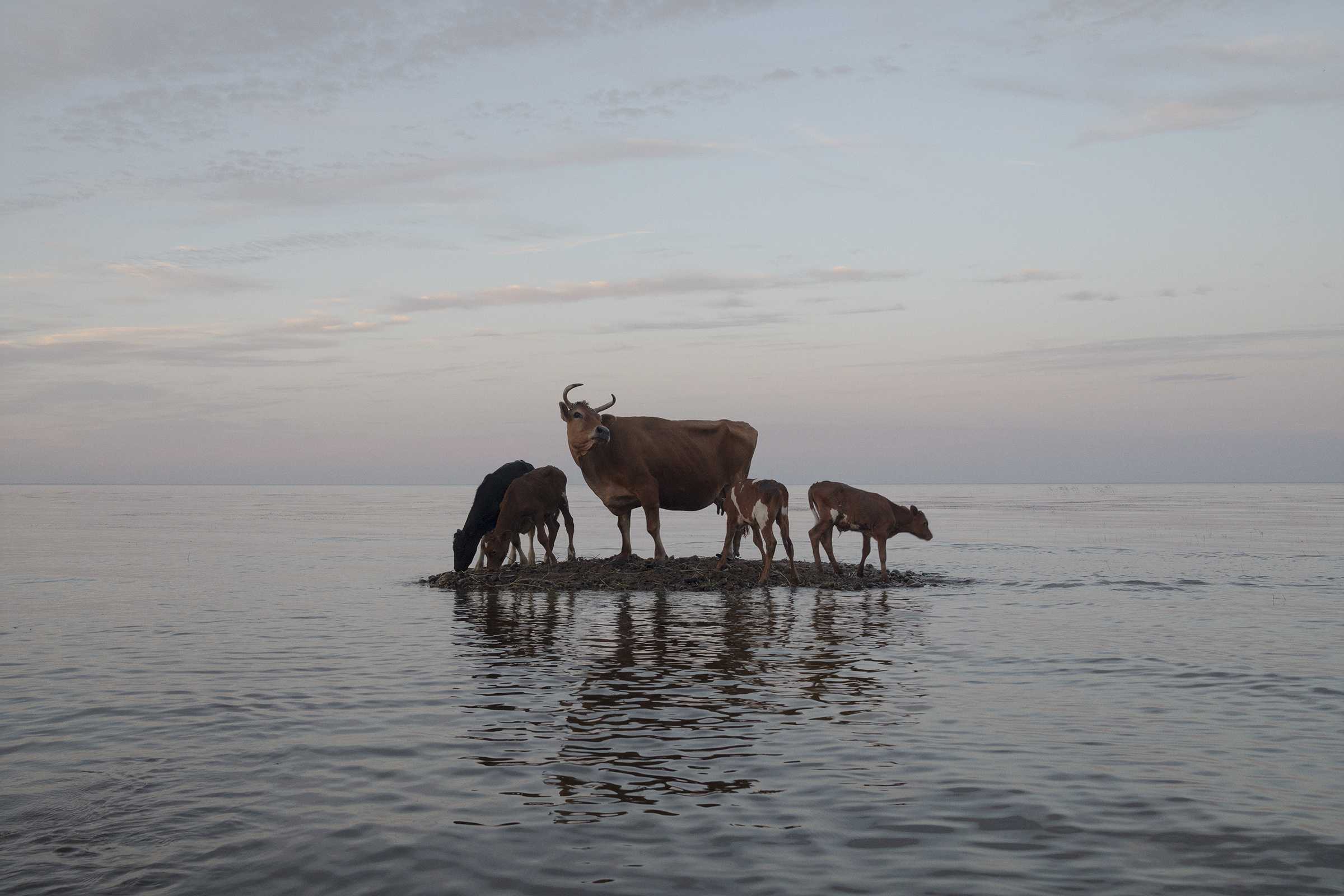 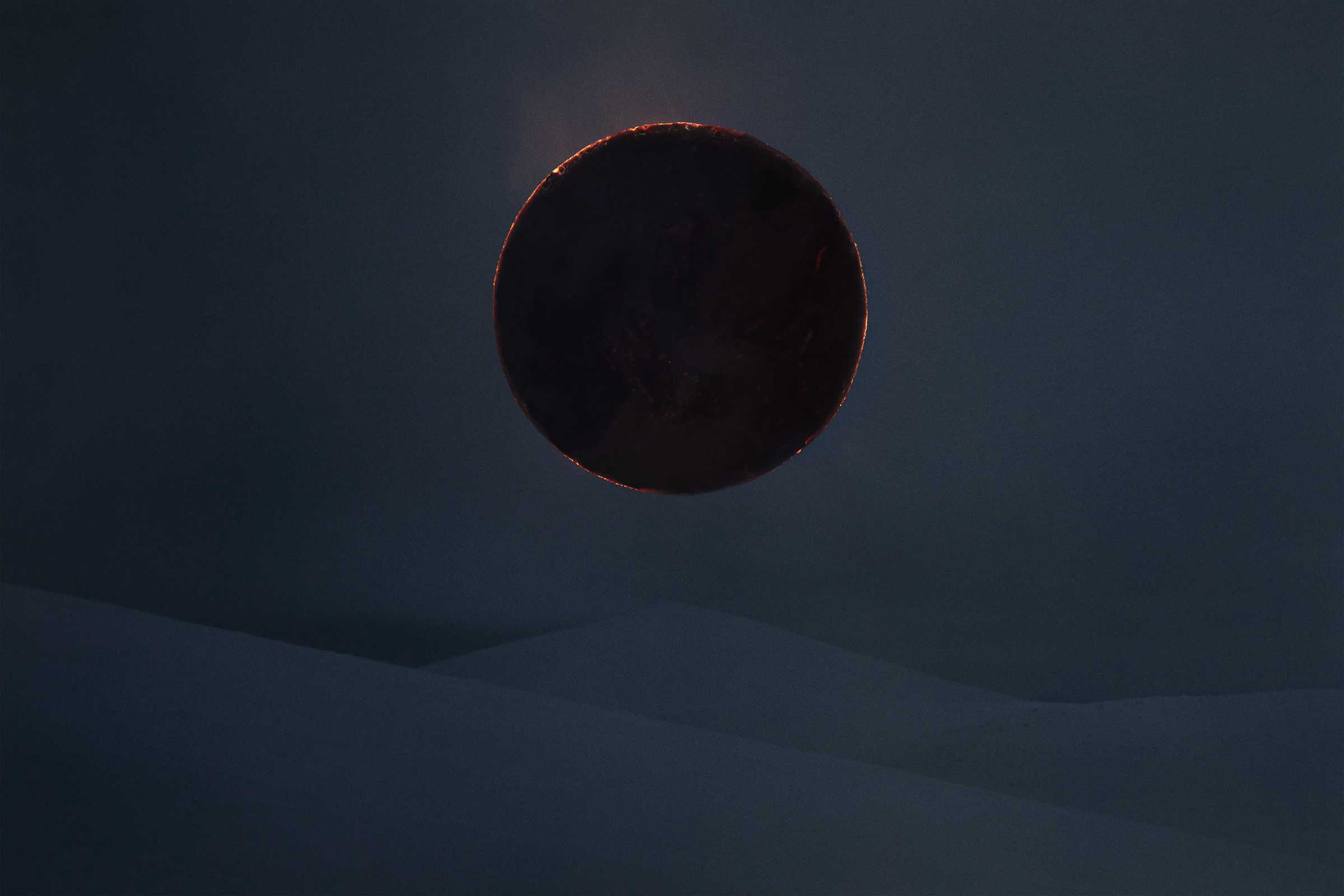 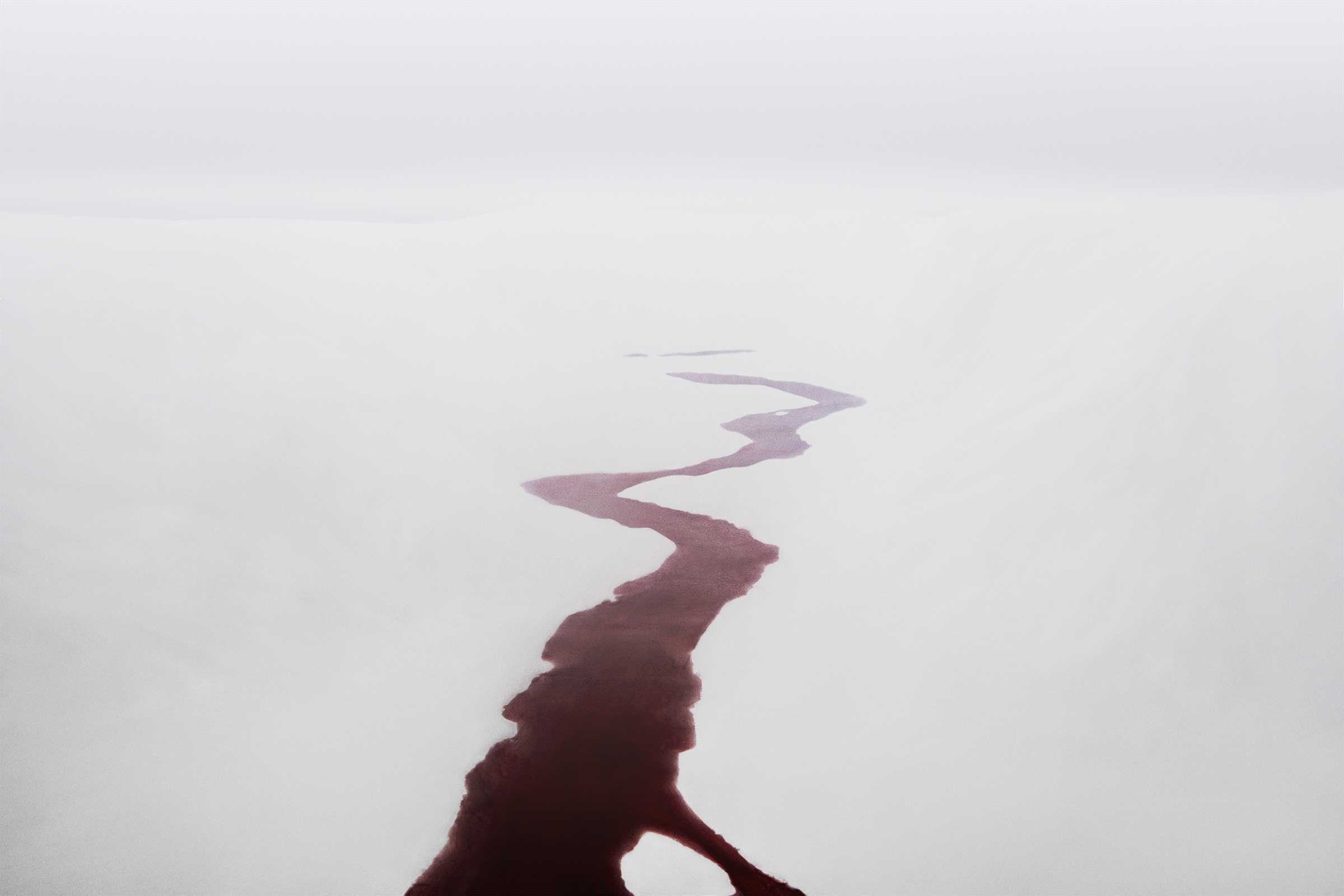 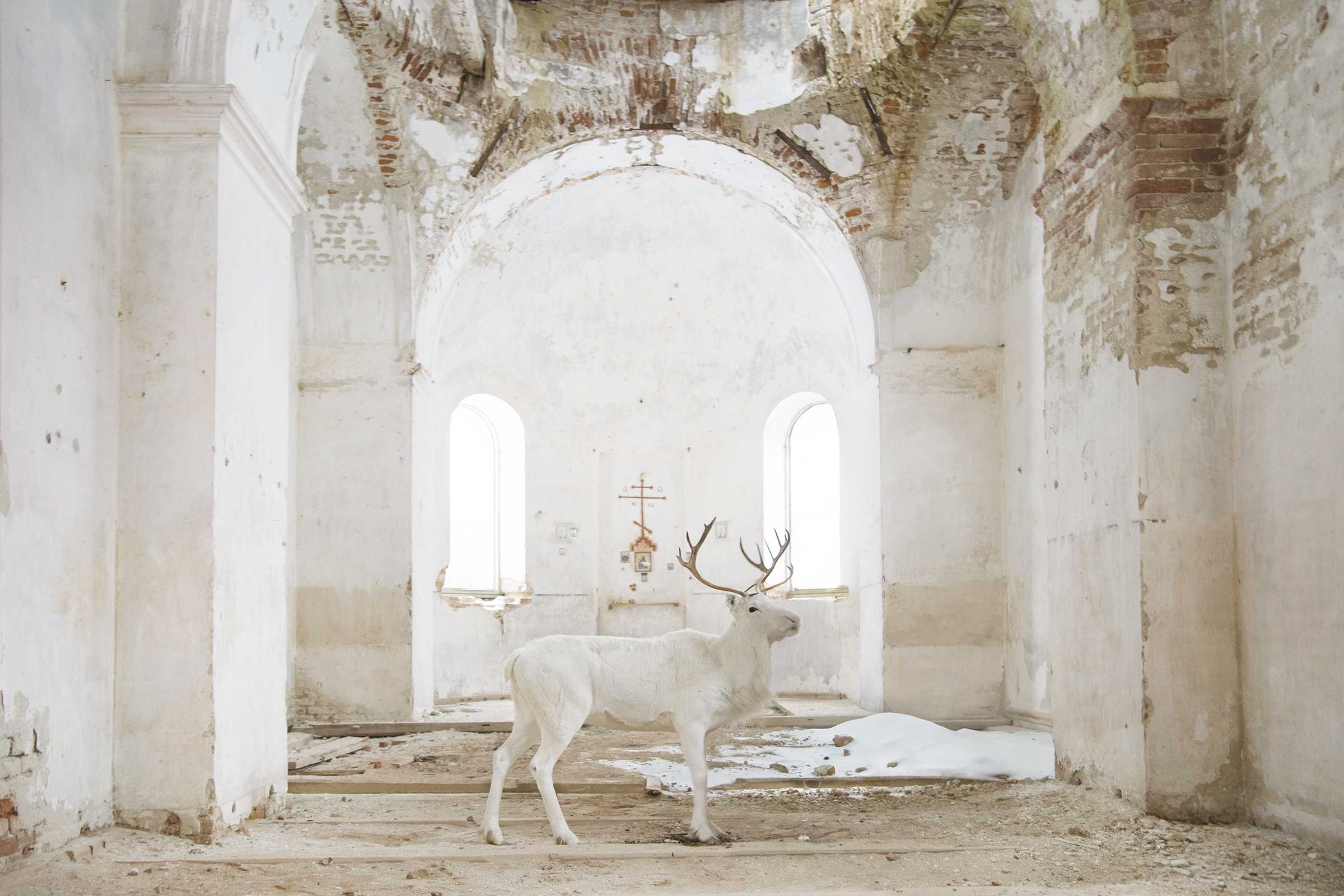 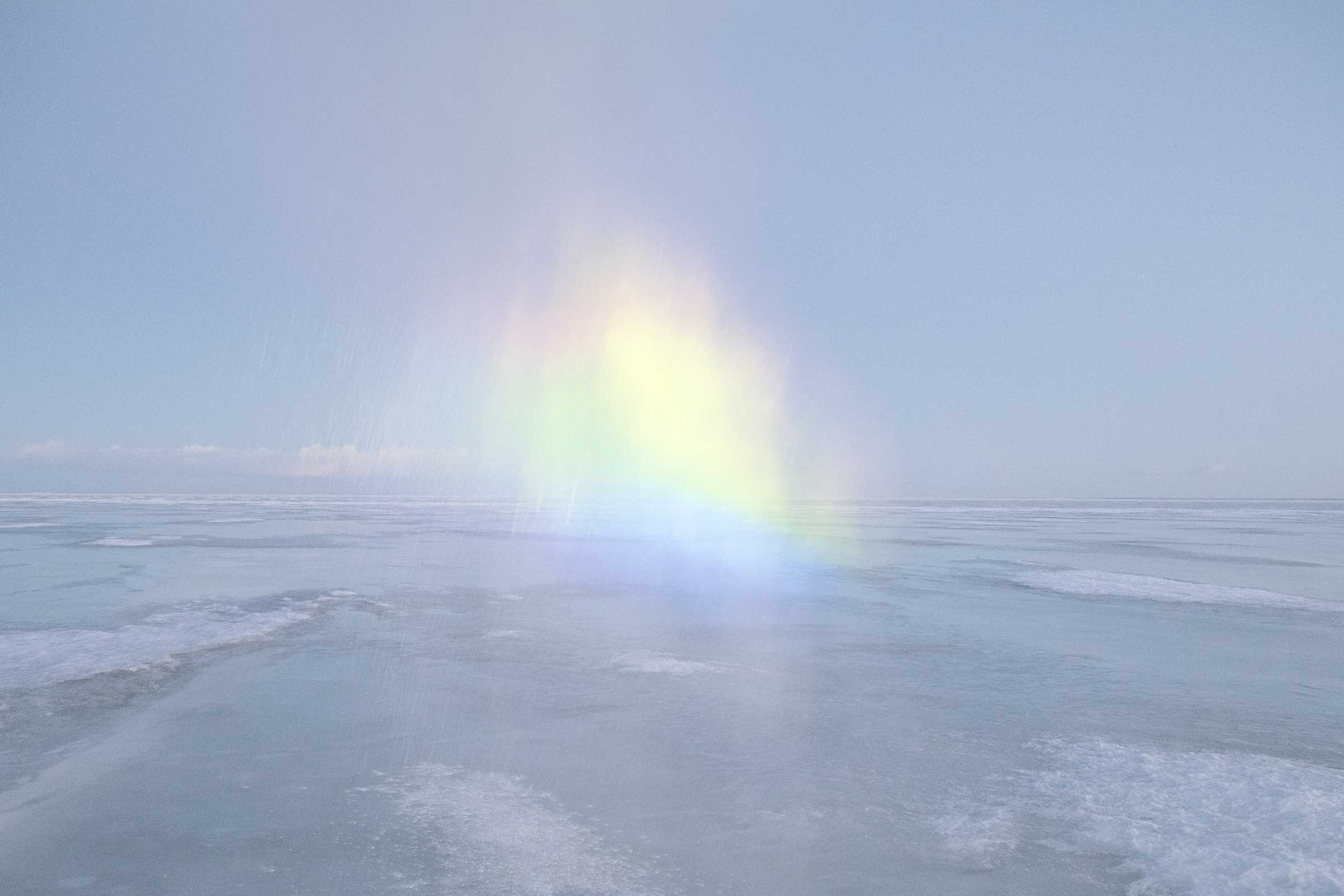 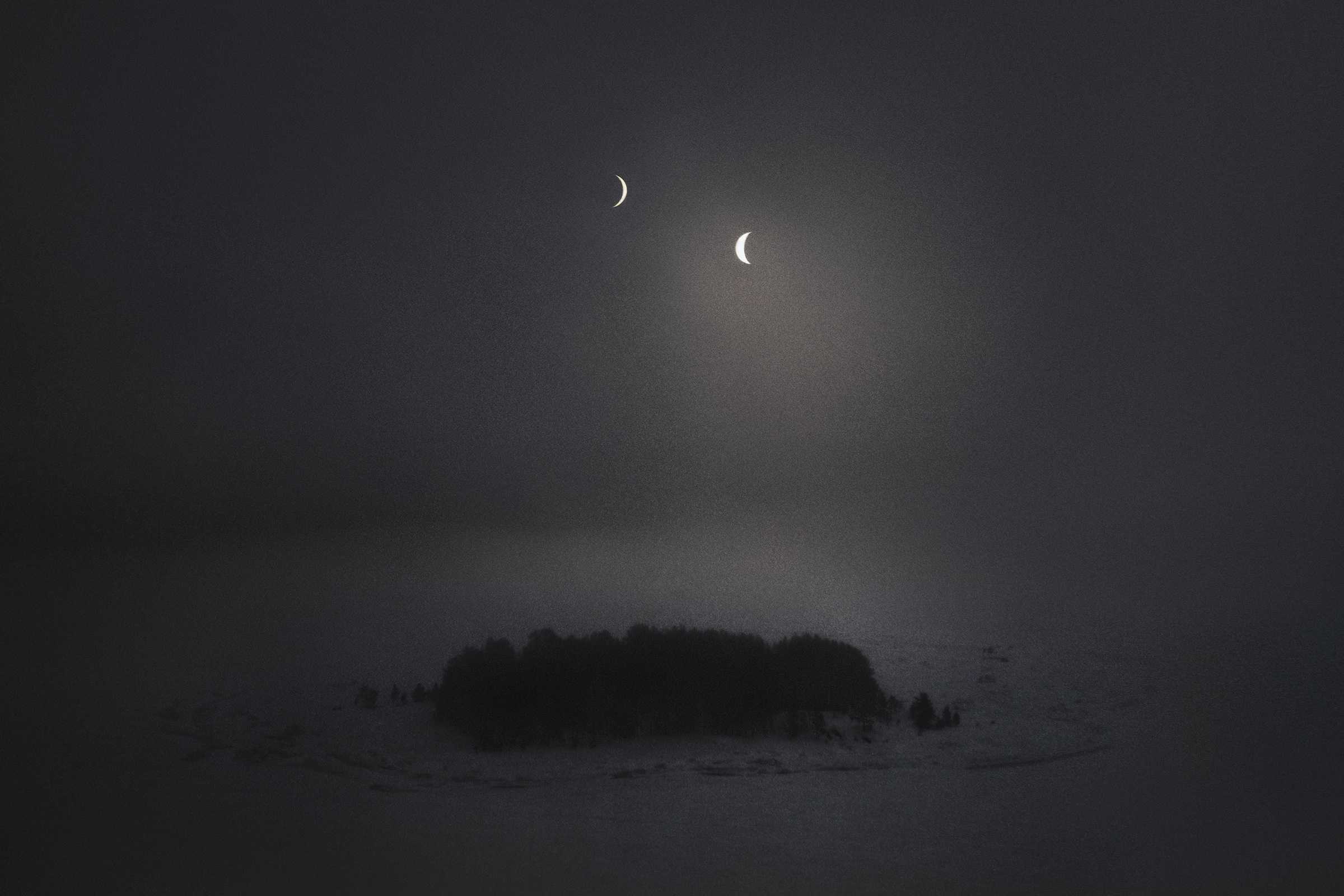 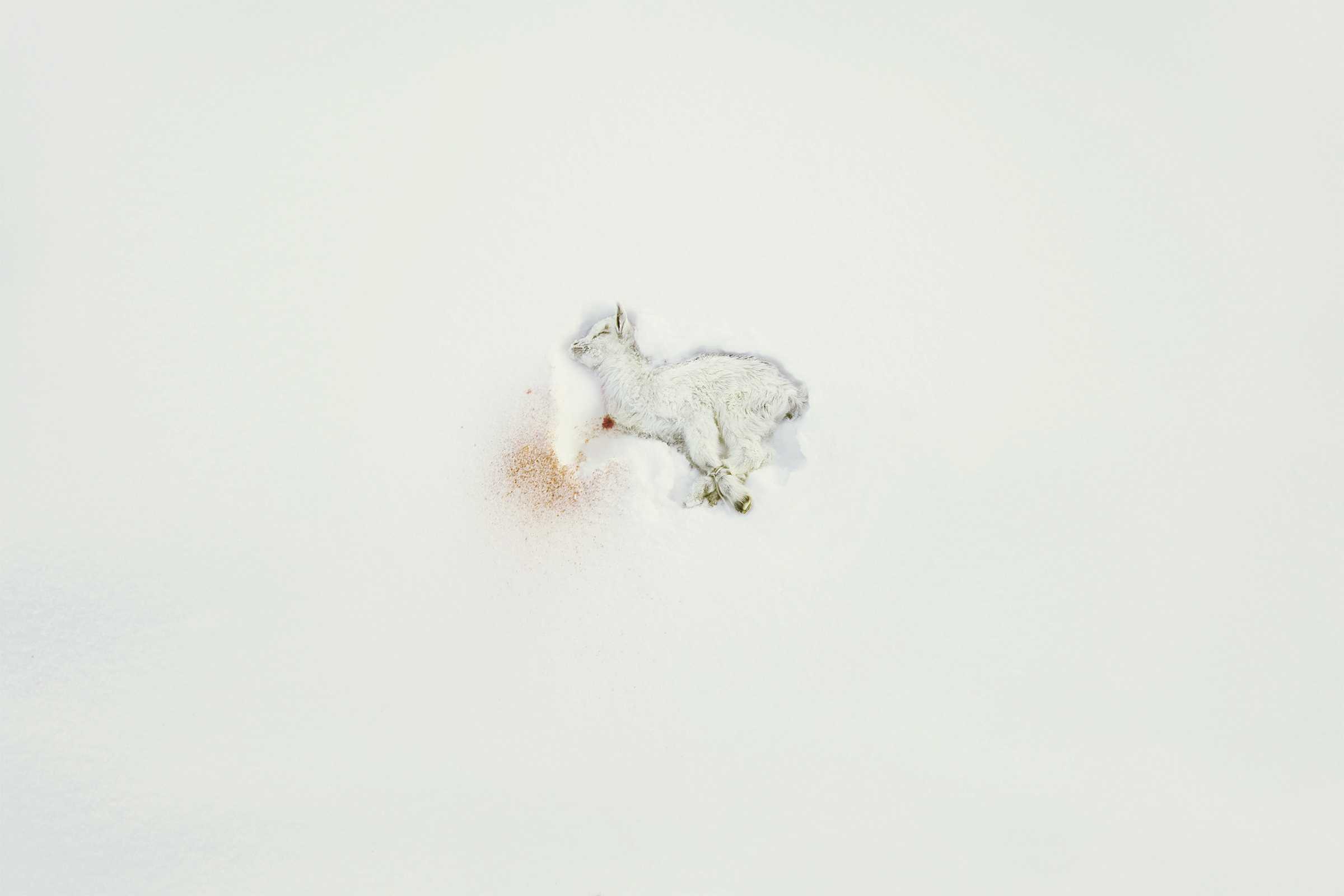 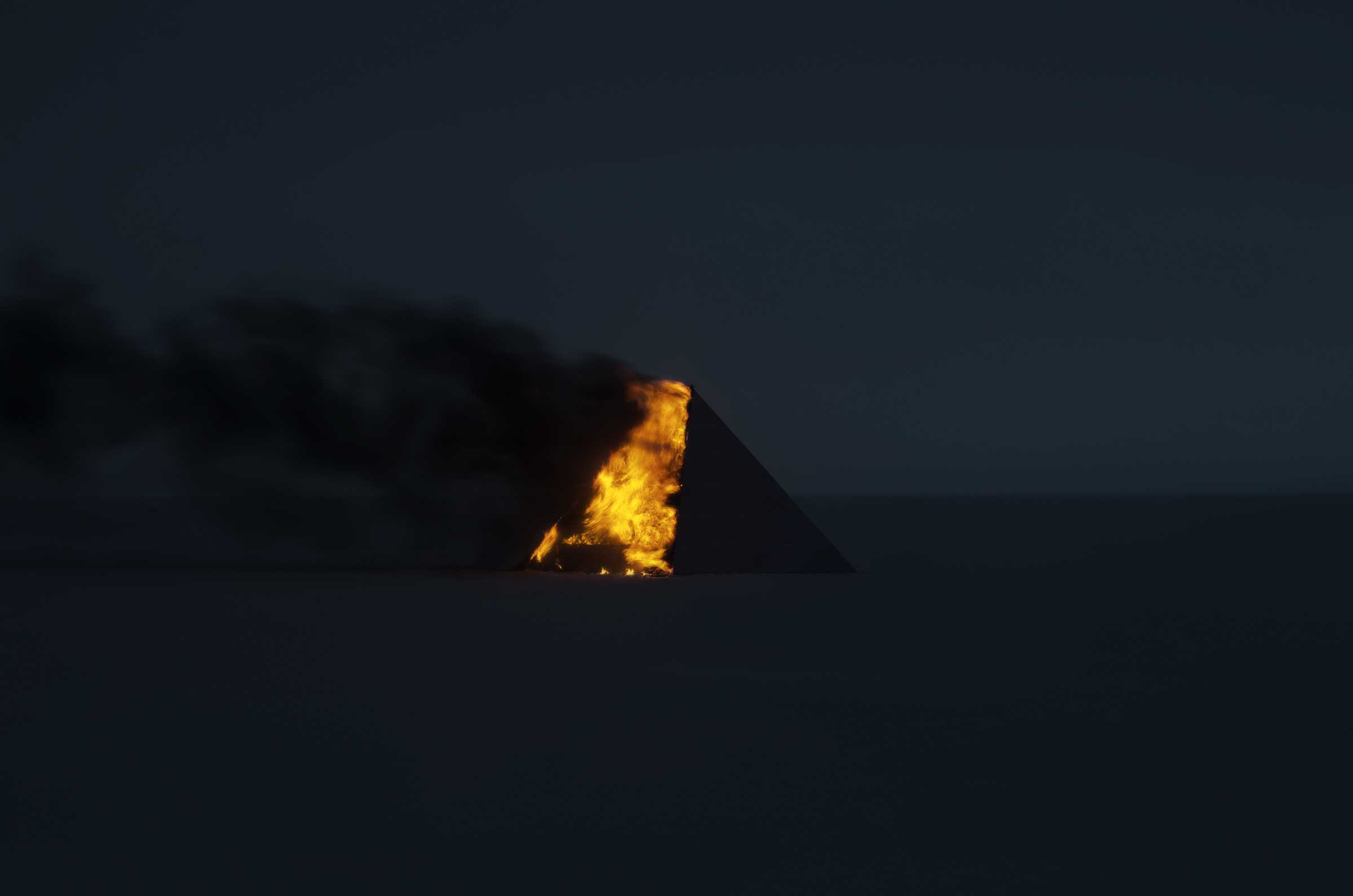 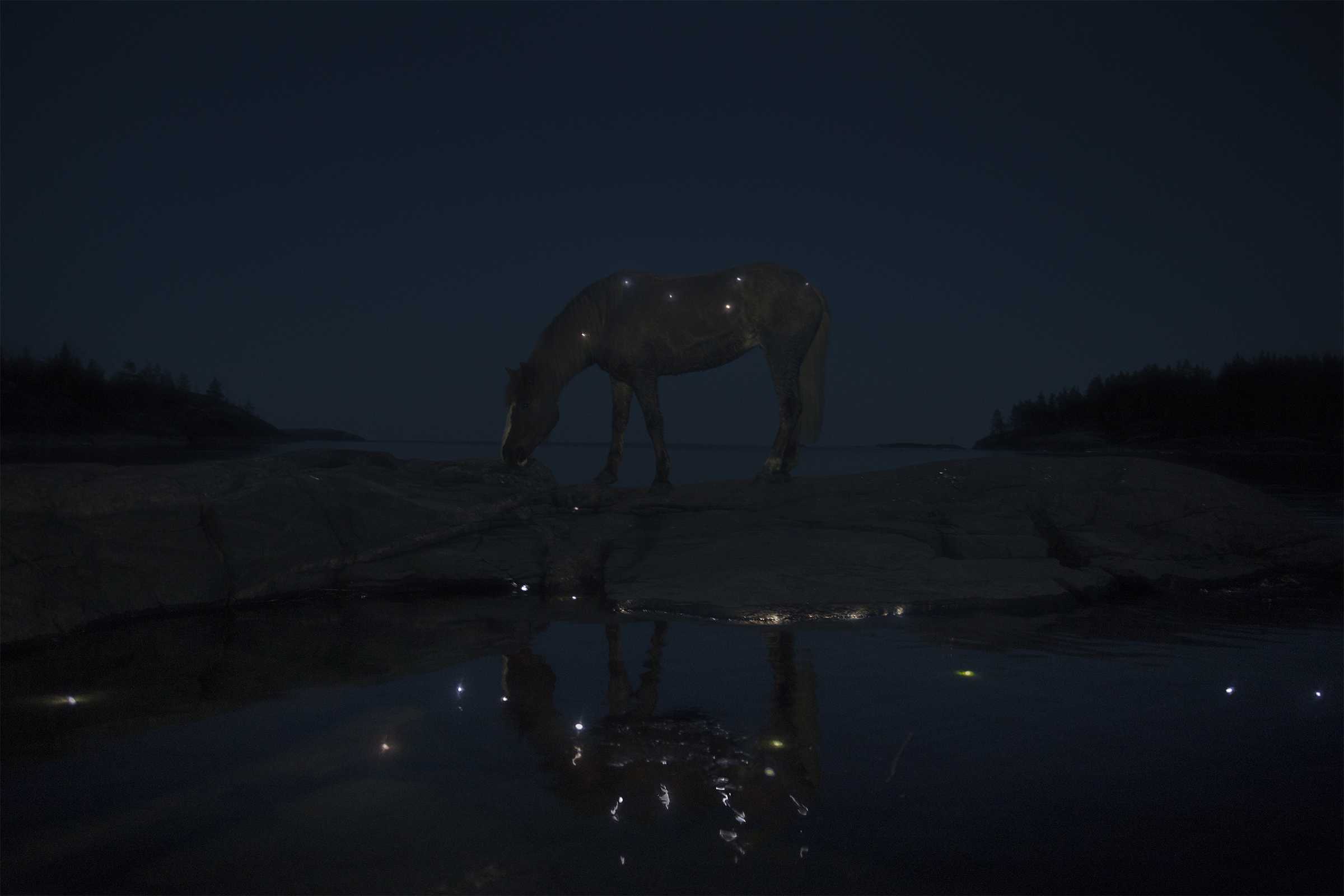 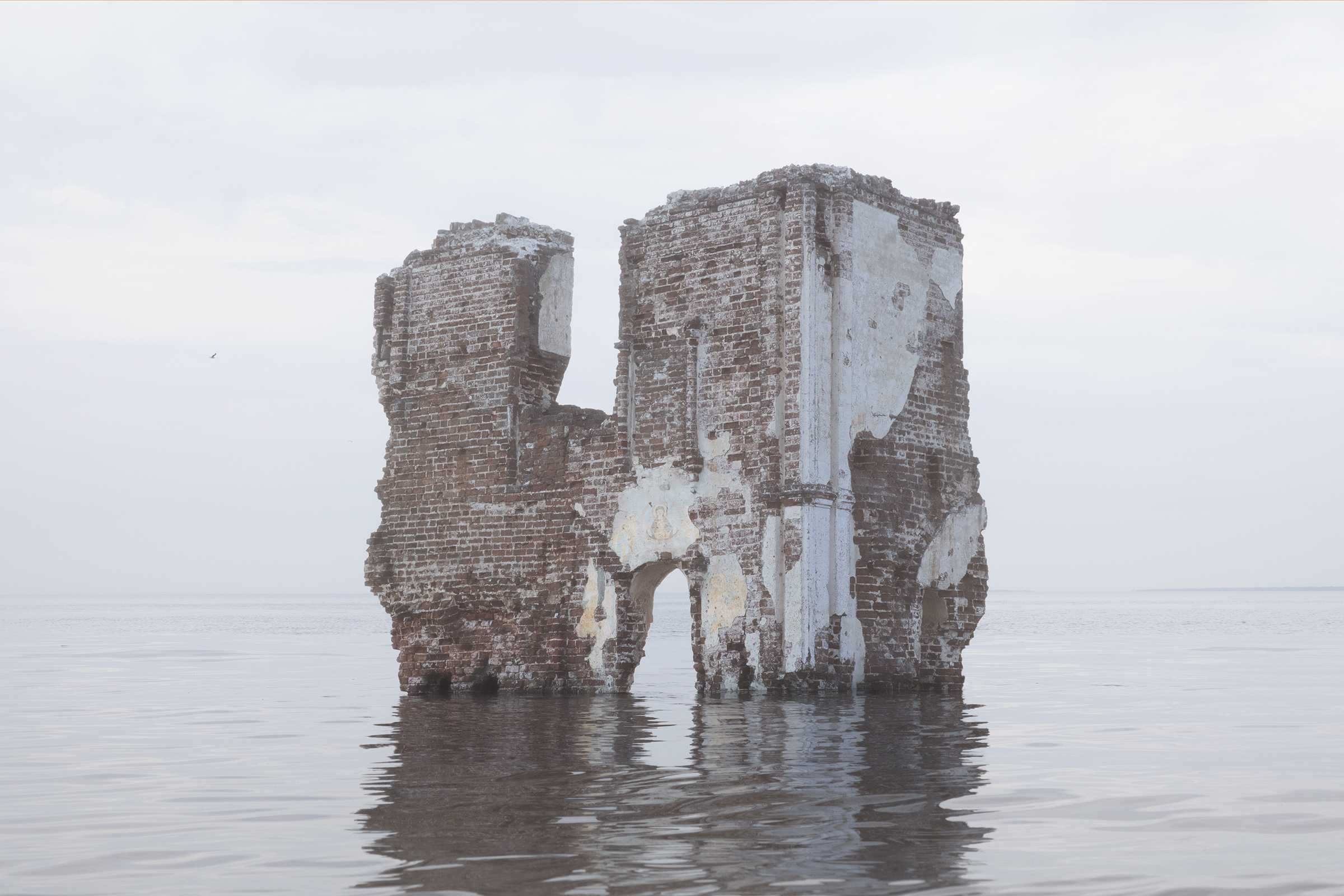 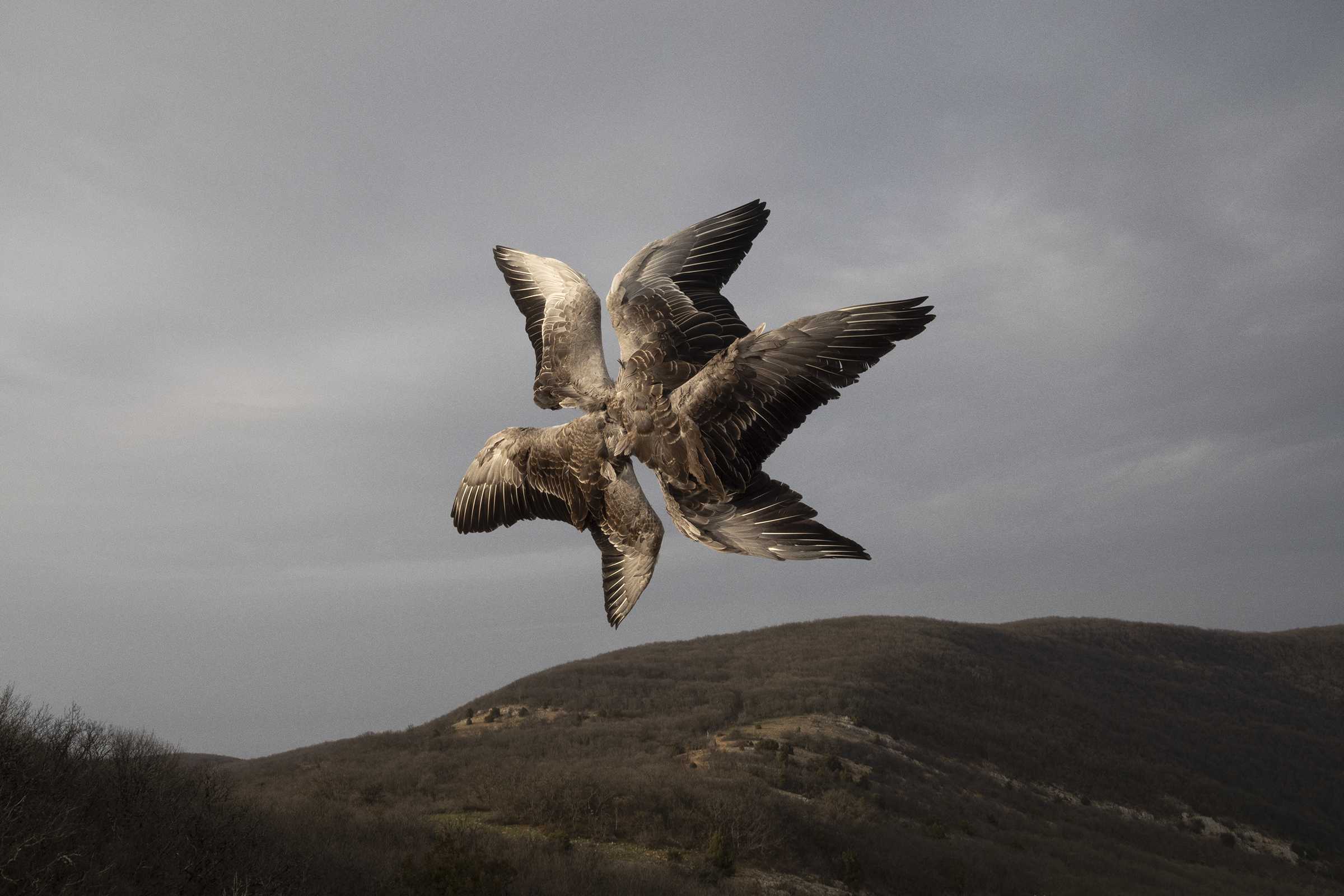 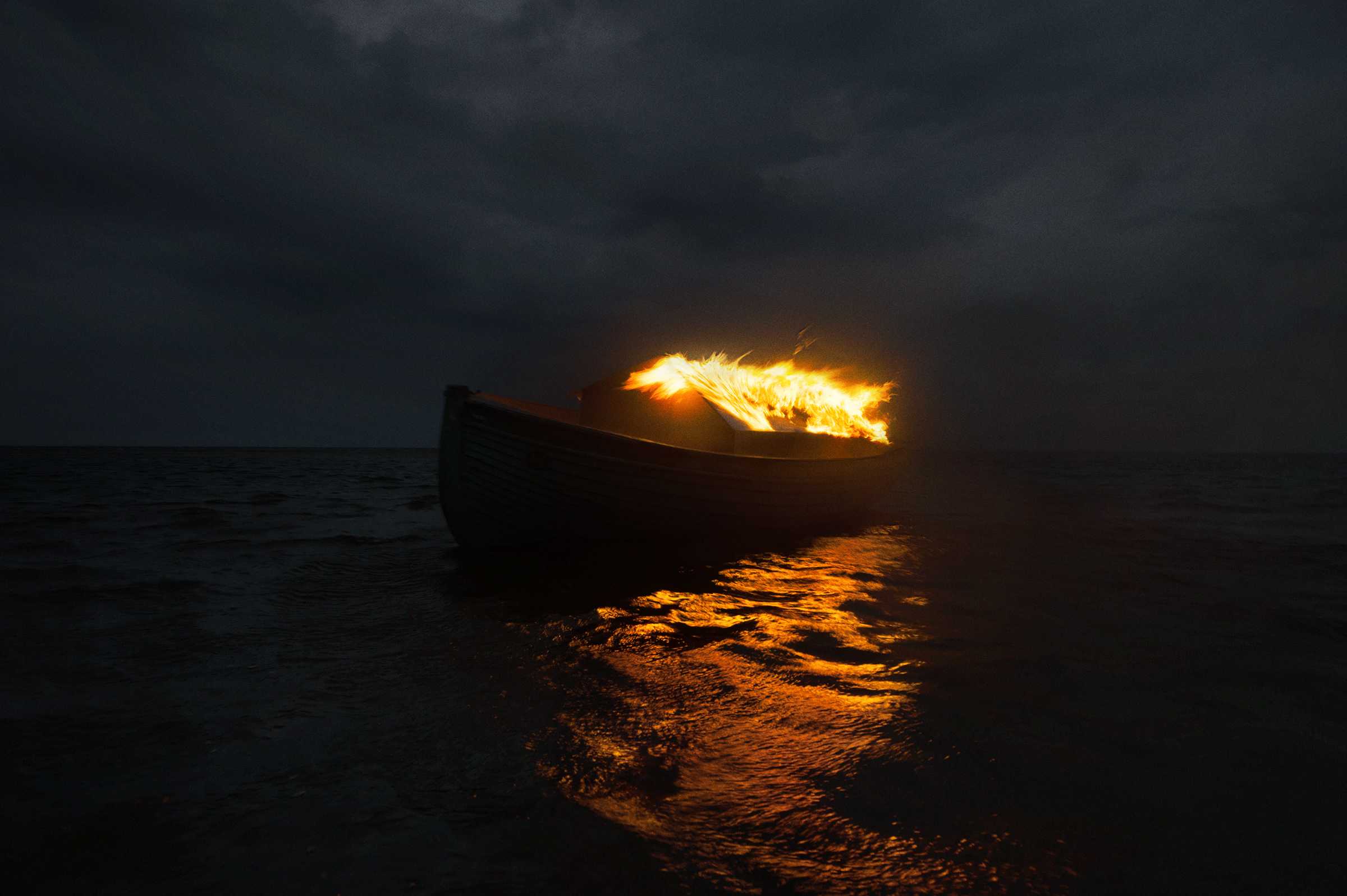 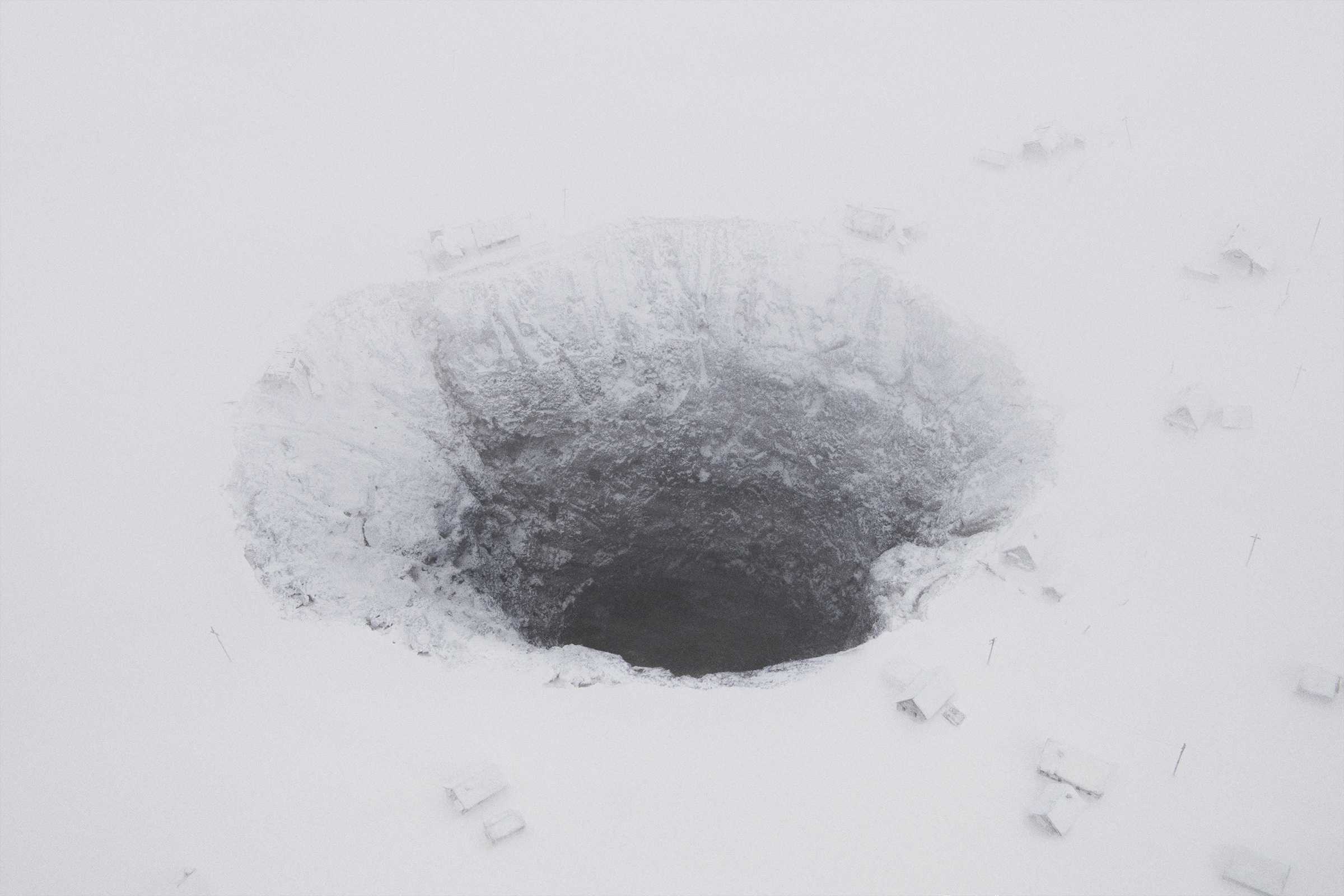 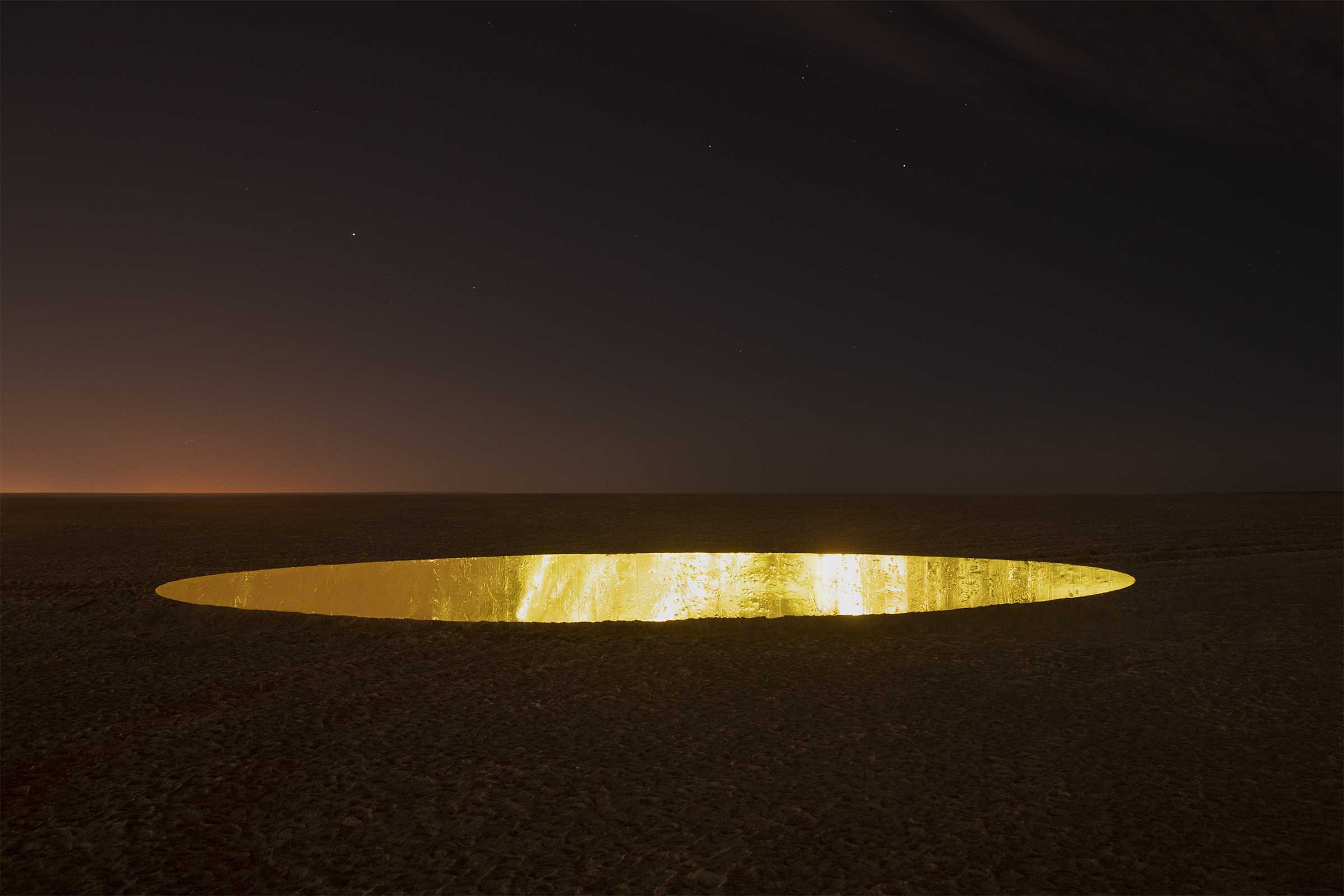 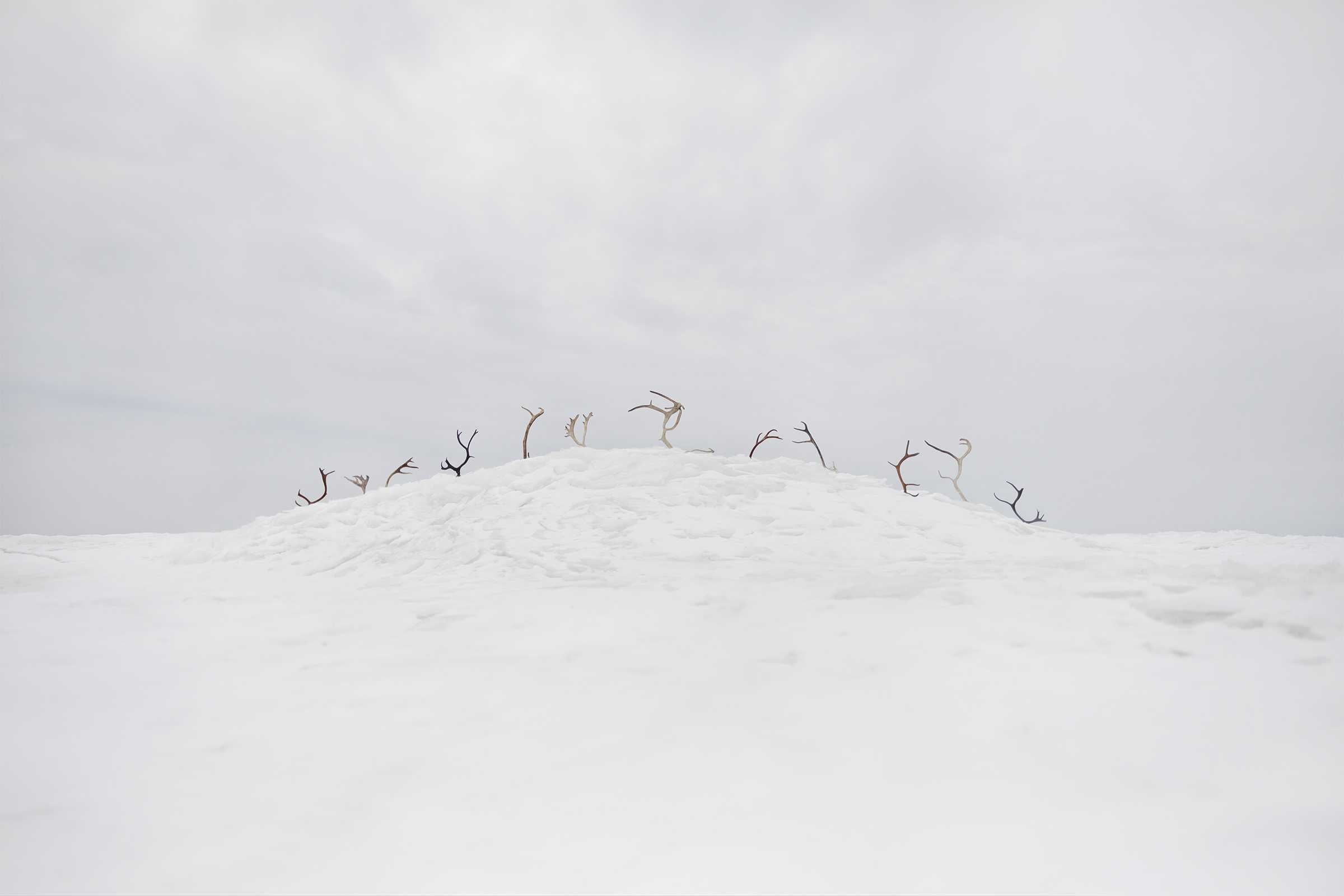 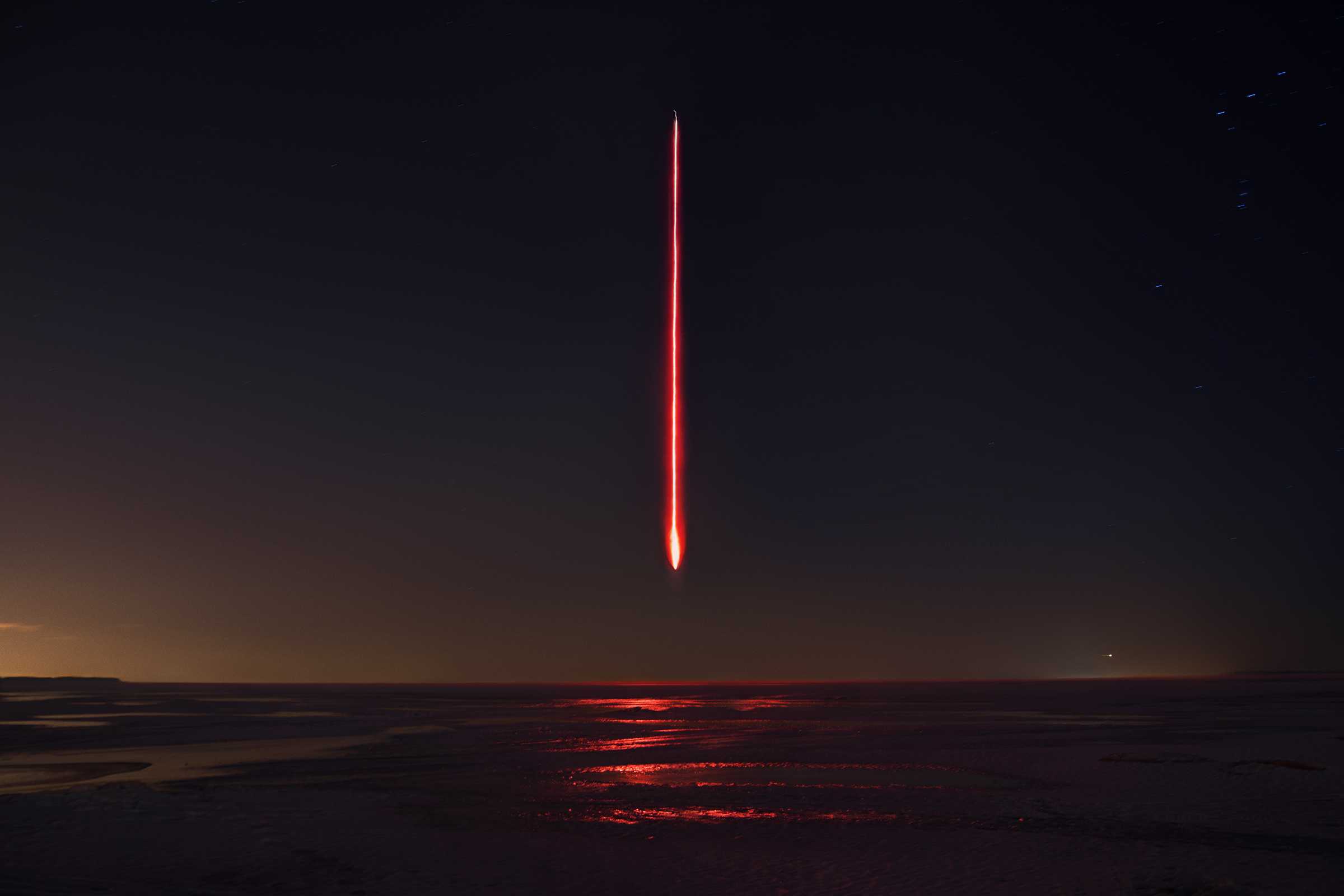 GUP Magazine is media-partnering with Belfast Photo Festival this year. For the occasion, to underline our mutual interest in addressing global issues by way of photography and to make these works available to a wider audience, we have been given the opportunity to select and highlight a few submissions to the Open Call of the Belfast Photo Festival (now closed) from an already incredible longlist. We will feature these selected artists throughout the months of June and July.

The photographs of Igor Elukov, collected under the title ‘Book of Miracles’, encapsulate a delicate balancing act between accident and calculation. One would be so willing to believe that each of these images is purely a culmination of fortuitous circumstances, yet every one of them is in fact an intricately crafted, independent performance. Interventions in space captured on film, translated into images that carry an expansive, monumental quality about them.

The project, which began in 2018, is a reference to the ‘Augsburg Book of Miracles’, a beautiful 16th century illuminated manuscript depicting events from the Old Testament, the Book of Revelations, and non-Biblical events up to the time of the manuscript’s completion. The central, symmetrical composition seen in many of the illustrations of the ‘Augsburg Book of Miracles’, but also the sweeping landscapes and a horizon line in the background, are clearly returning elements in the work of Elukov too.

The relative “simplicity” of the compositions belies the complexity behind it all. In fact, on average, each image took weeks of planning, with the execution of each ranging in difficulty, duration and serendipity. Elukov recalls how, during the creation of the photograph depicting the supposed water locked ruins of a church — which involved the use of a fragile mock-up made of paper — the artist and his assistants were fortuitously met with the perfectly mild weather conditions for which they had hoped. “We arrived at the bay at eight o’clock; by eleven, we assembled the mock-up, fastened it securely with a frame; by one o’clock in the afternoon, we had finished photographing. A downpour started immediately after.”

While the project is, according to Elukov, borne out of a rather extensive and changing body of references, the artist’s long-standing interest in medieval book miniatures is one constant influence. In the early Middle Ages, when the production of illustrated manuscripts was largely carried out in monasteries, the illuminators – most often monks – would labour away in a scriptorium for months on but one manuscript at a time. There is something of the dedication to their craft, infused with a sort of fervent piety evident in each fine brush stroke, that can be seen in Elukov’s style – regardless of the difference in the artwork’s final form. While the illuminator’s task was one of isolation and individuality, the elaborate nature of Elukov’s performances, and his insistence upon a certain level of authenticity to them, necessitated an opening up of his practice to others.

“The very fact of the realness of this event is important to me,” he explains. This “realness” has little to do with concealing traces of his staging: inspired by the works of early cinema, in which filmmakers like Fritz Lang and George Méliès pioneered the use of techniques such as the miniature effect, many of Elukov’s images contain objects that are deceptively monumental in scale. One photograph, of what appears to be an abyssal, burning void reminiscent of the Darvaza gas crater in Turkmenistan (also known as the “gates of hell”) is in fact a handmade 15-meter flat oval structure of golden foil placed upon an alluvium on Vasilievsky Island, illuminated by the lights of distant buildings and a handheld flashlight.

Elukov’s images ring with a latent violent power. They suggest an impending sense of doom, or perhaps even divine providence. Yet, as the artist states: “These images have no specific meaning, but there is joy in creating your own myth, your own cosmology.”

In the end, through Elukov’s carefully executed staging, isolated objects and phenomena imposed upon the natural environment make for a powerful sort of ‘magic’: a consummate moment in which the miraculous and the real coalesce under our momentary suspension of disbelief. Each image in this ‘Book of Miracles’ is a transforming monument to the inextricable connection of man to the elements, and the elements to the immeasurably vast, ungovernable cosmos.

Igor Elukov (b. 1991, Russia) is an artist from a small village in the Arkhangelsk region of Russia, now based in St. Petersburg. “Book of Miracles” succeeds his 2012-2016 project entitled “Severe”, documenting life in the far north of Russia.