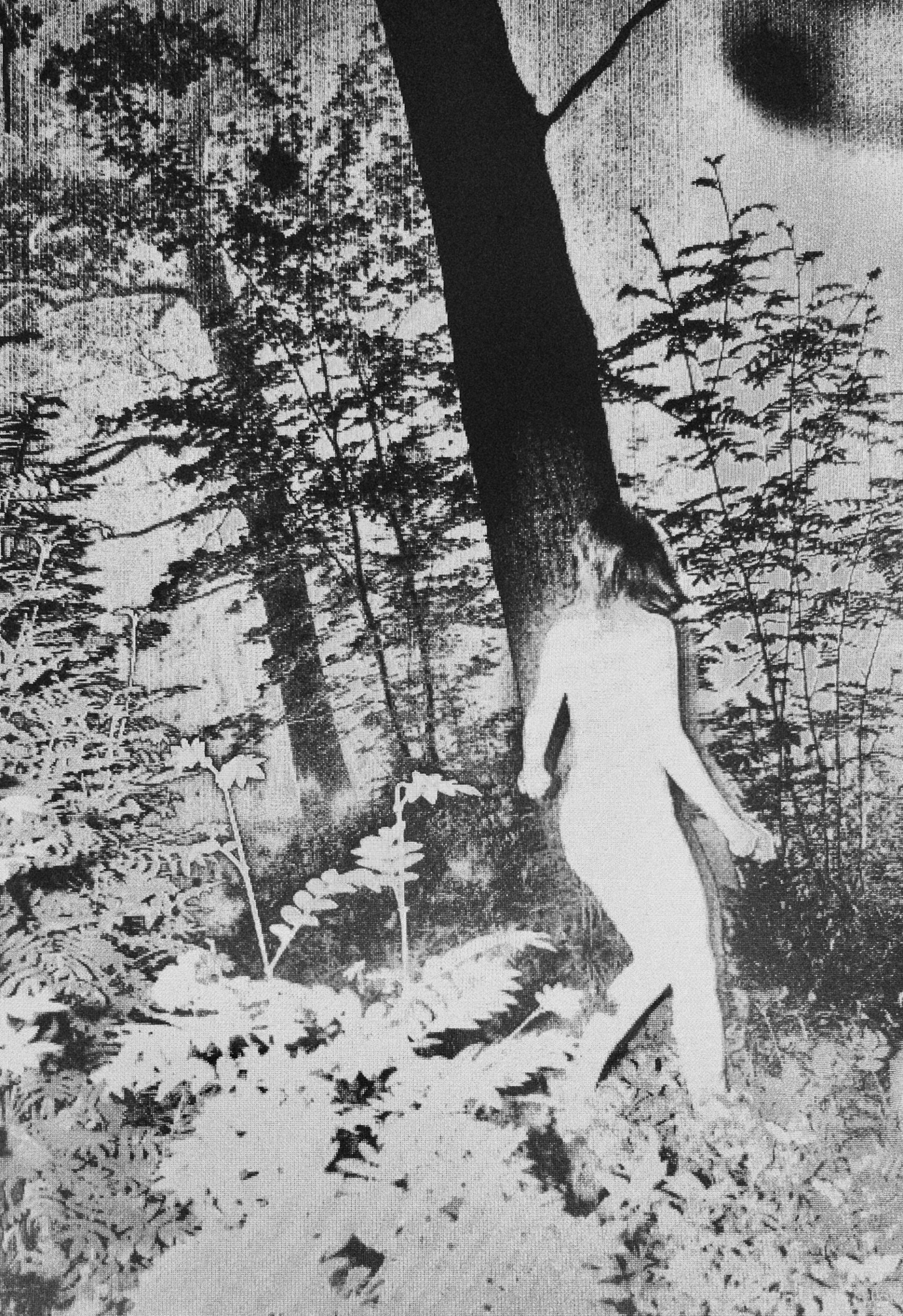 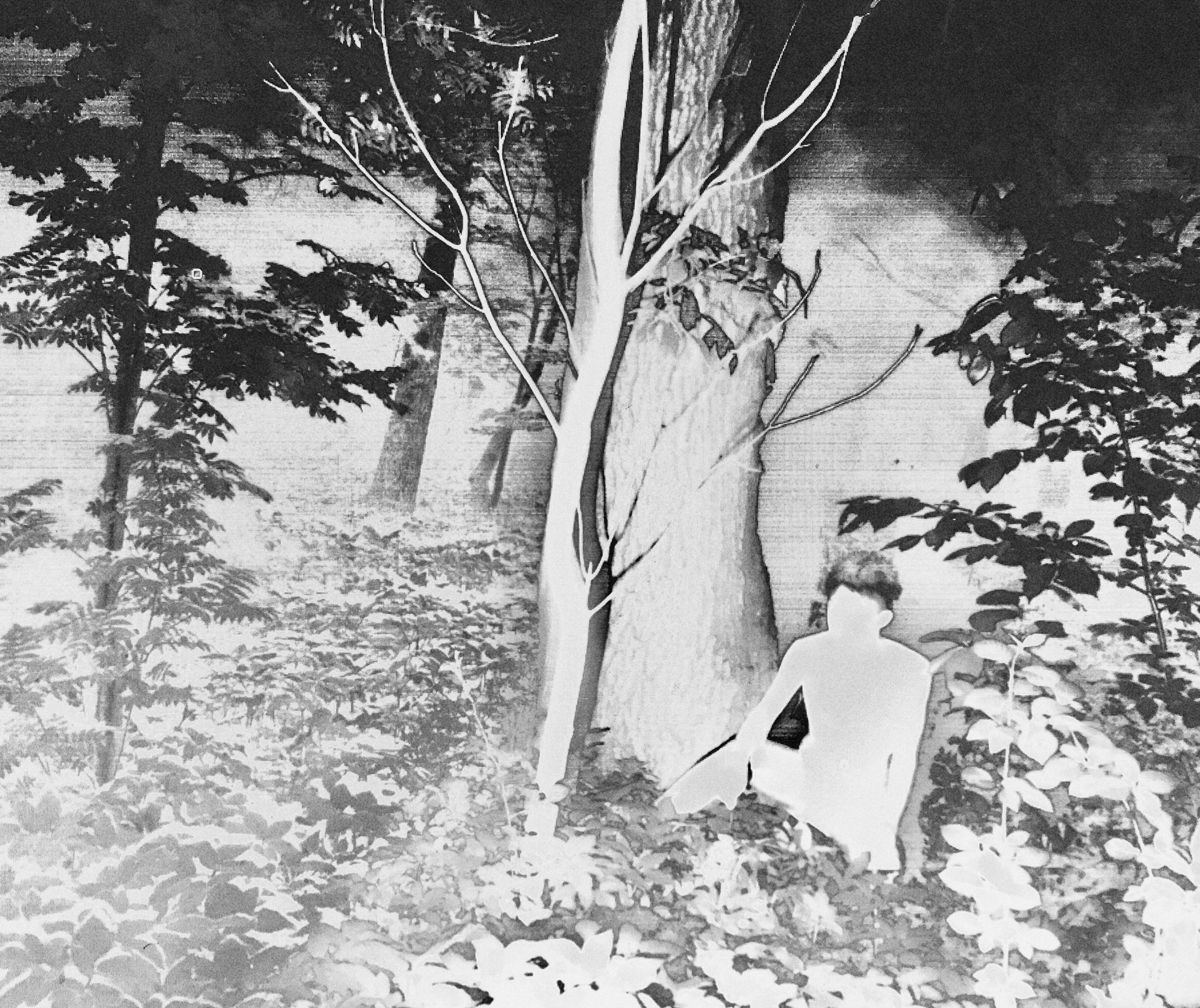 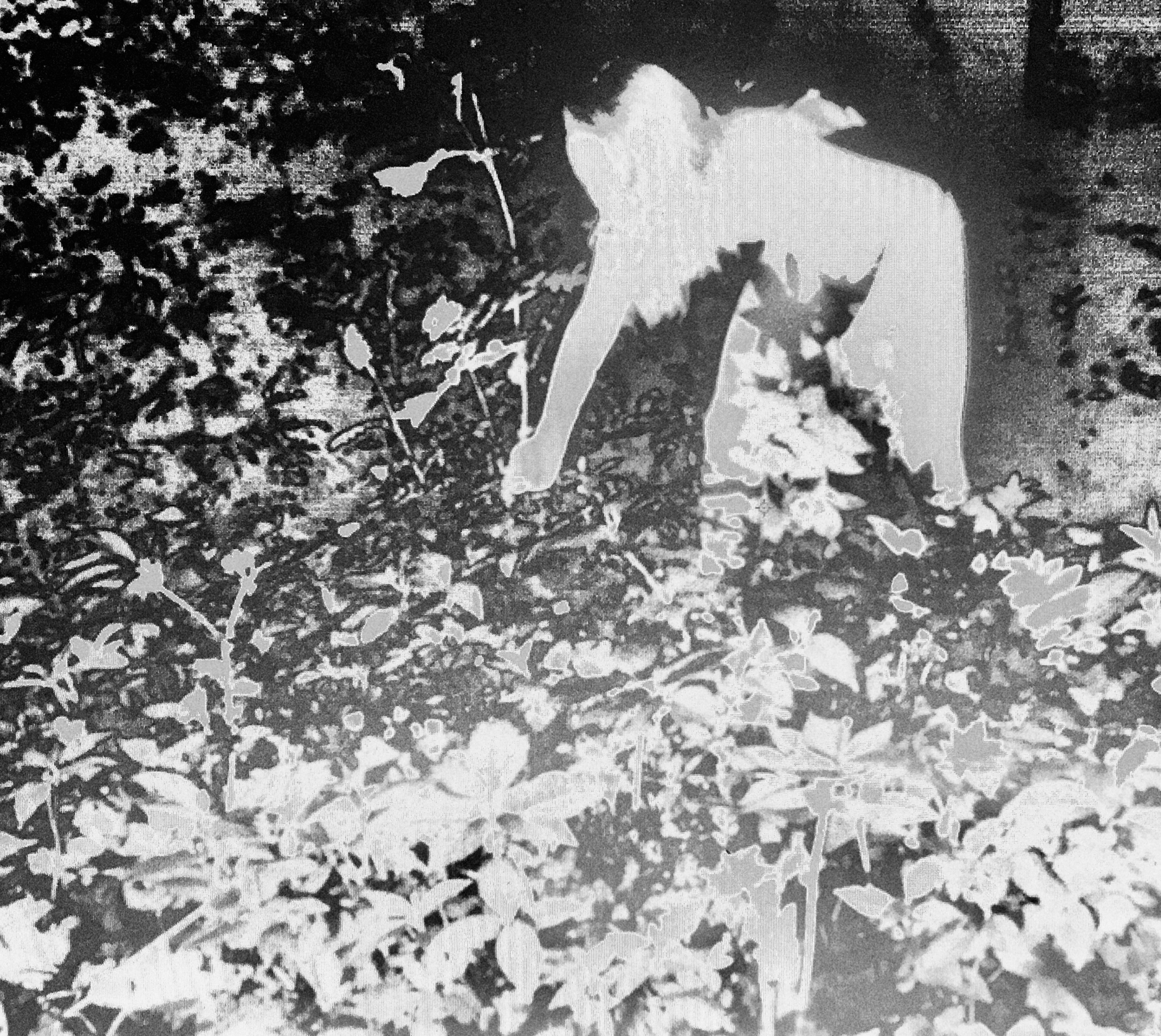 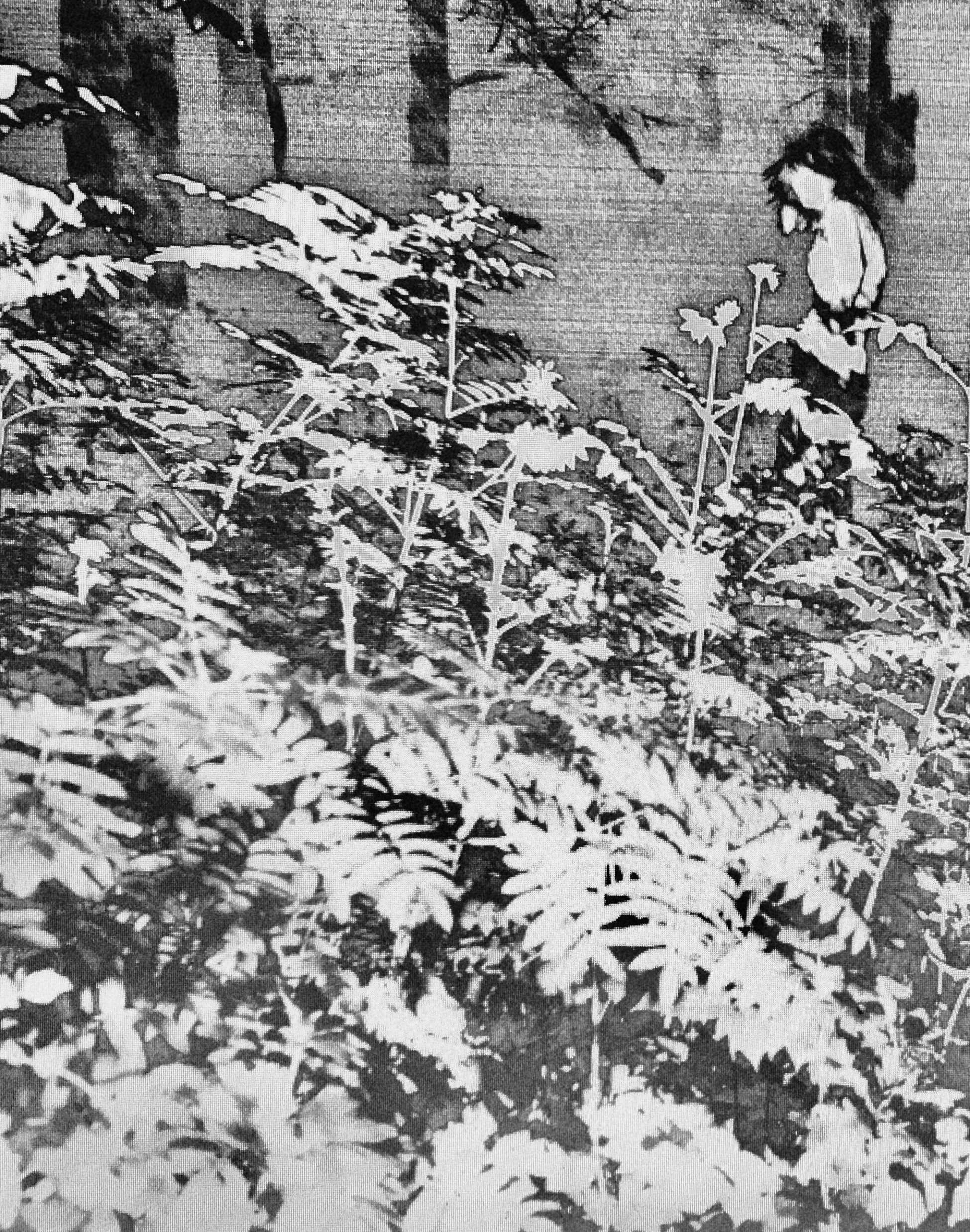 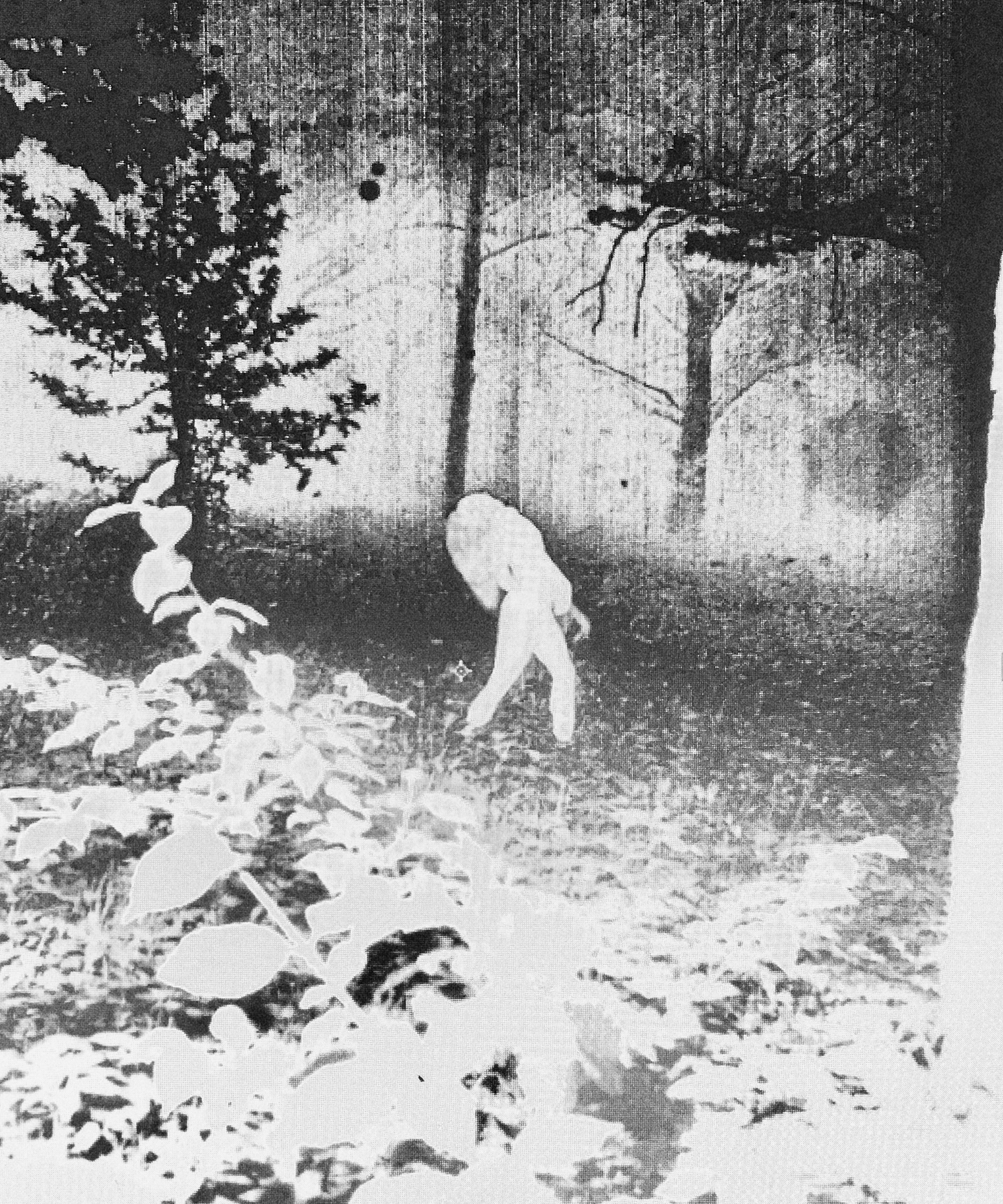 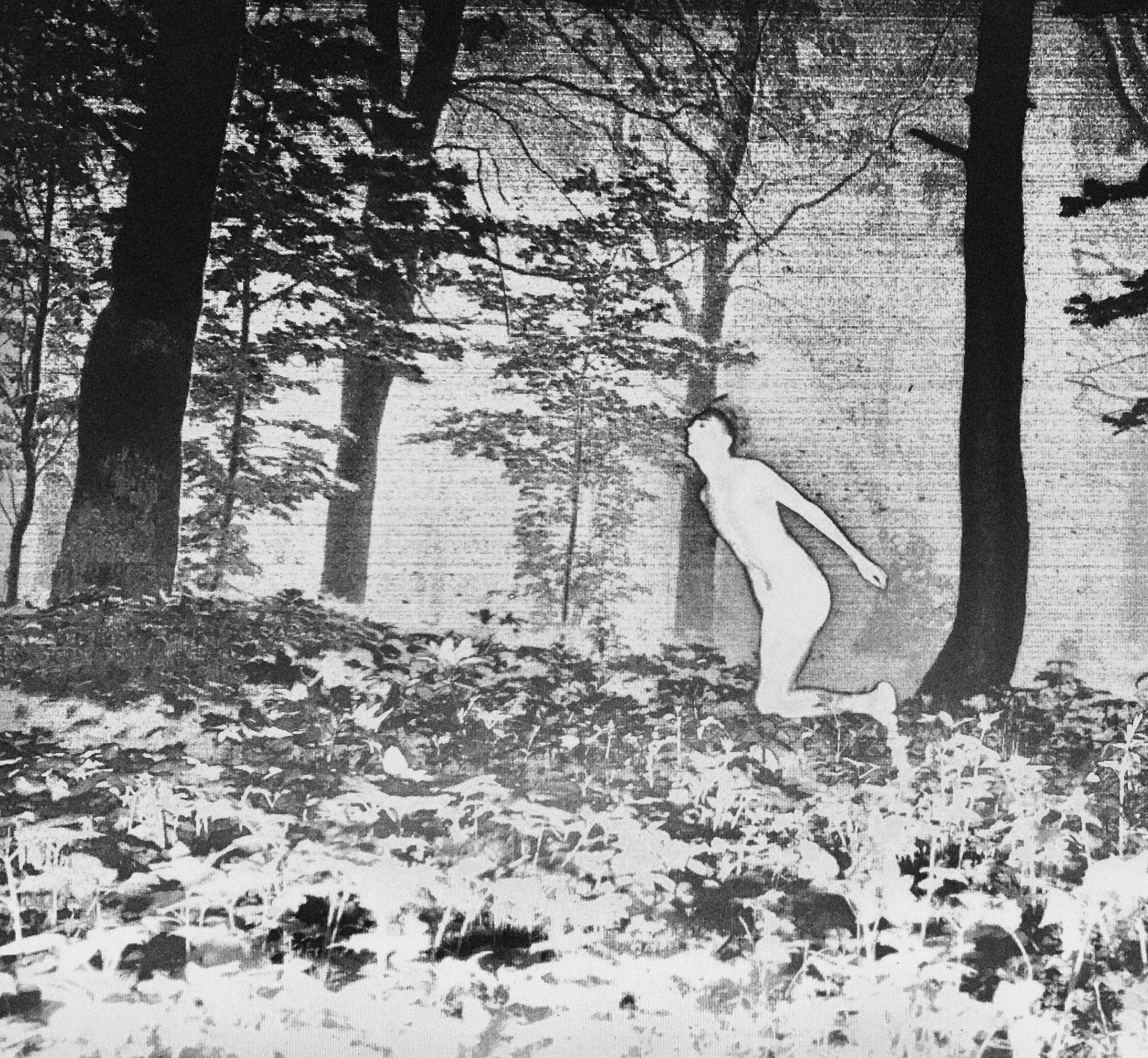 The works of Egor Fedosov (b. 2000, Russia), produced by using digital photography and post-processing techniques, are not just photography. His rather mysterious, high-contrast ‘rephotographs’ are reminiscent of the photocopied quality of ‘zines’ and are made according to such a printing concept.

The title refers to Genesis 1:26-3:24, the section in the Bible that tells the story of Adam and Eve, starting with the verse that says “Let us make mankind in our image, in our likeness, so that they may rule over the fish in the sea and the birds in the sky, over the livestock and all the wild animals, and overall the creatures that move along the ground.”

God created mankind in his own image and now the artist is appropriating the story to his own creative ends. Fedosov plays with the notion of Adam and Eve and their legacy, by showing them as infantile, childlike characters – as if photographed by a night-vision camera. These archetypes resemble frantic nocturnal animals captured by a camera trap. Is this how the first man and woman lived, shortly before being expelled from the Garden of Eden and made responsible for the loss of human innocence?

Samopal Books is an independent Moscow publisher, producing zines and books by Russian and international contemporary artists and photographers. 1:26-3:24 by Egor Fedosov is printed in an edition of 100 copies.