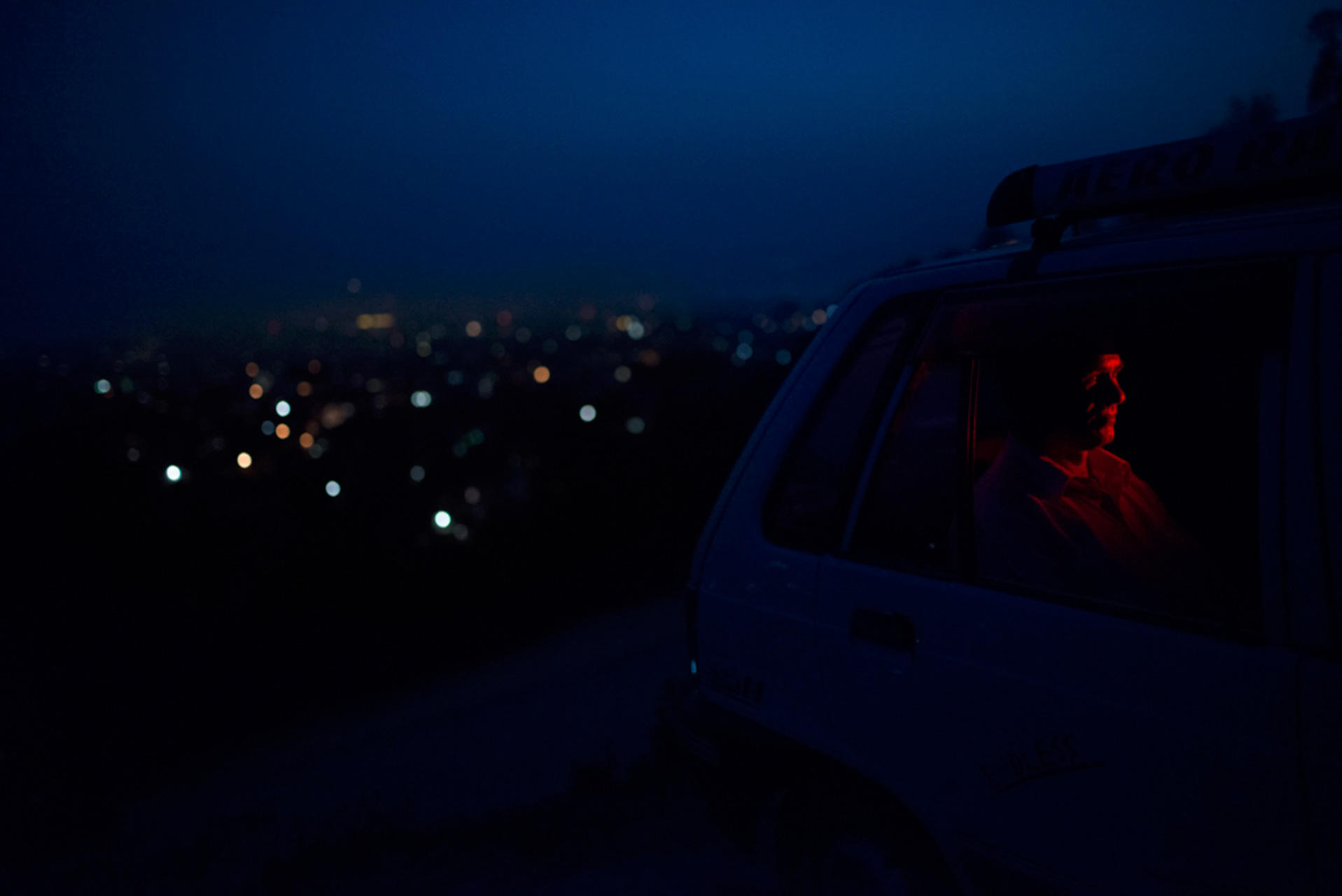 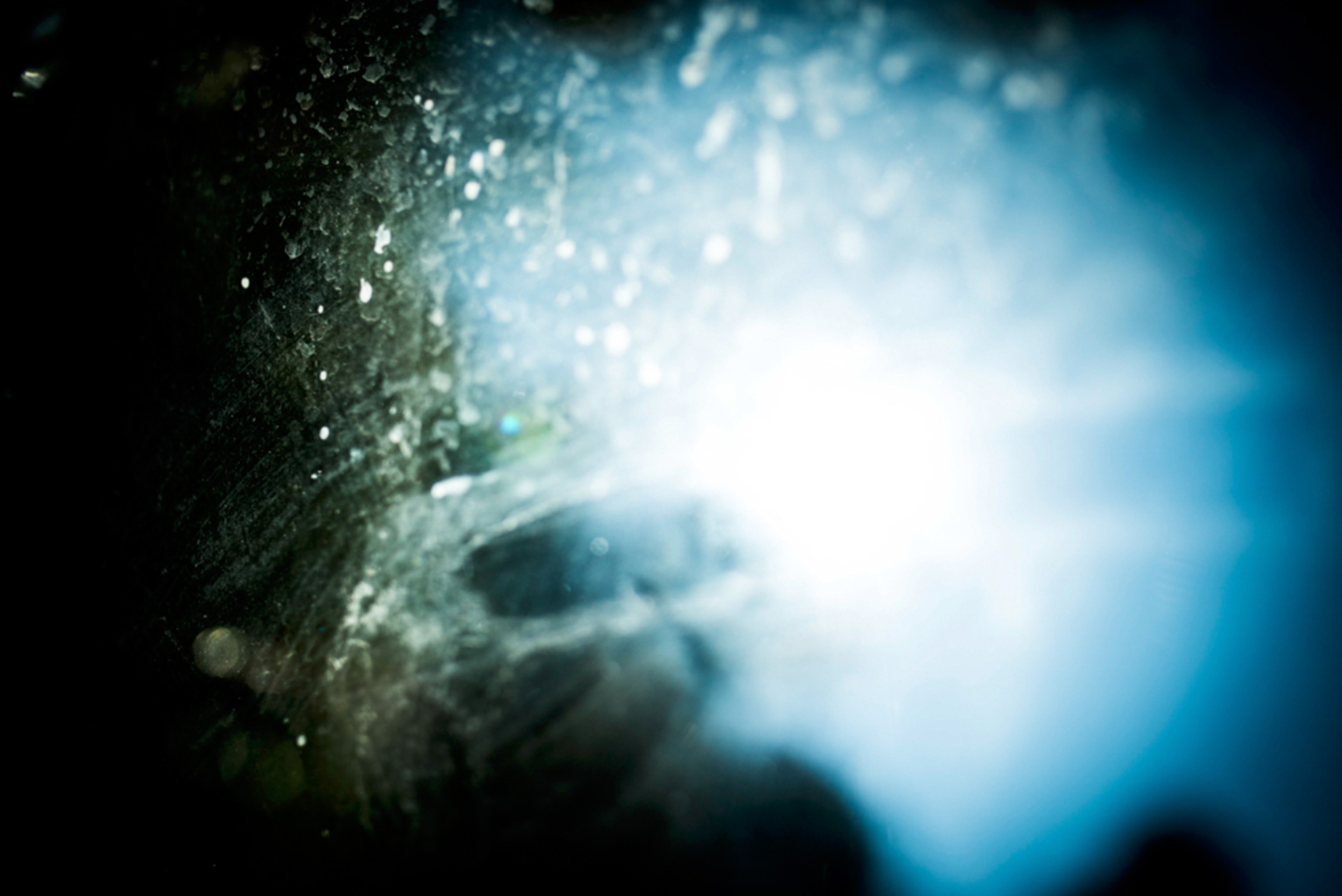 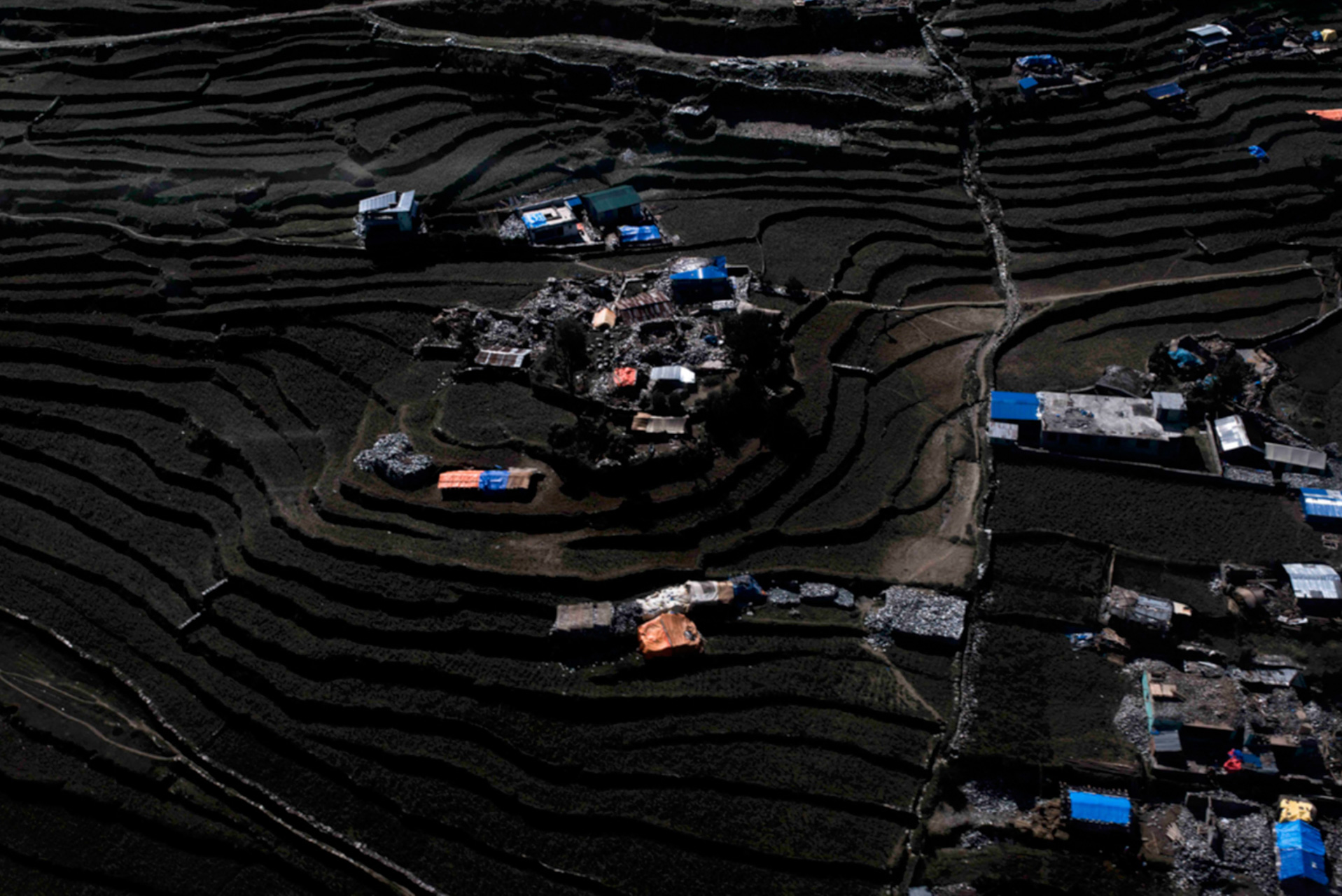 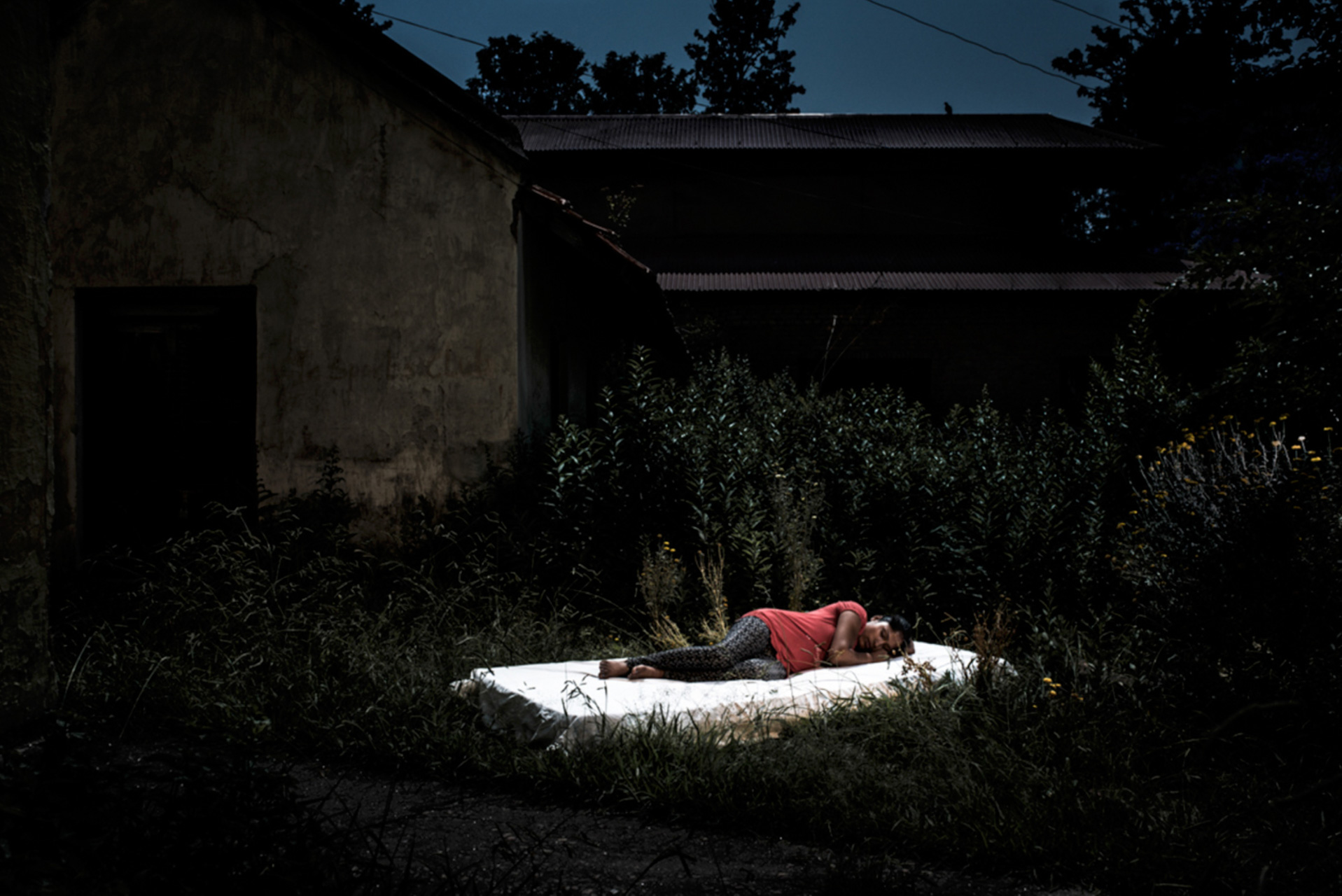 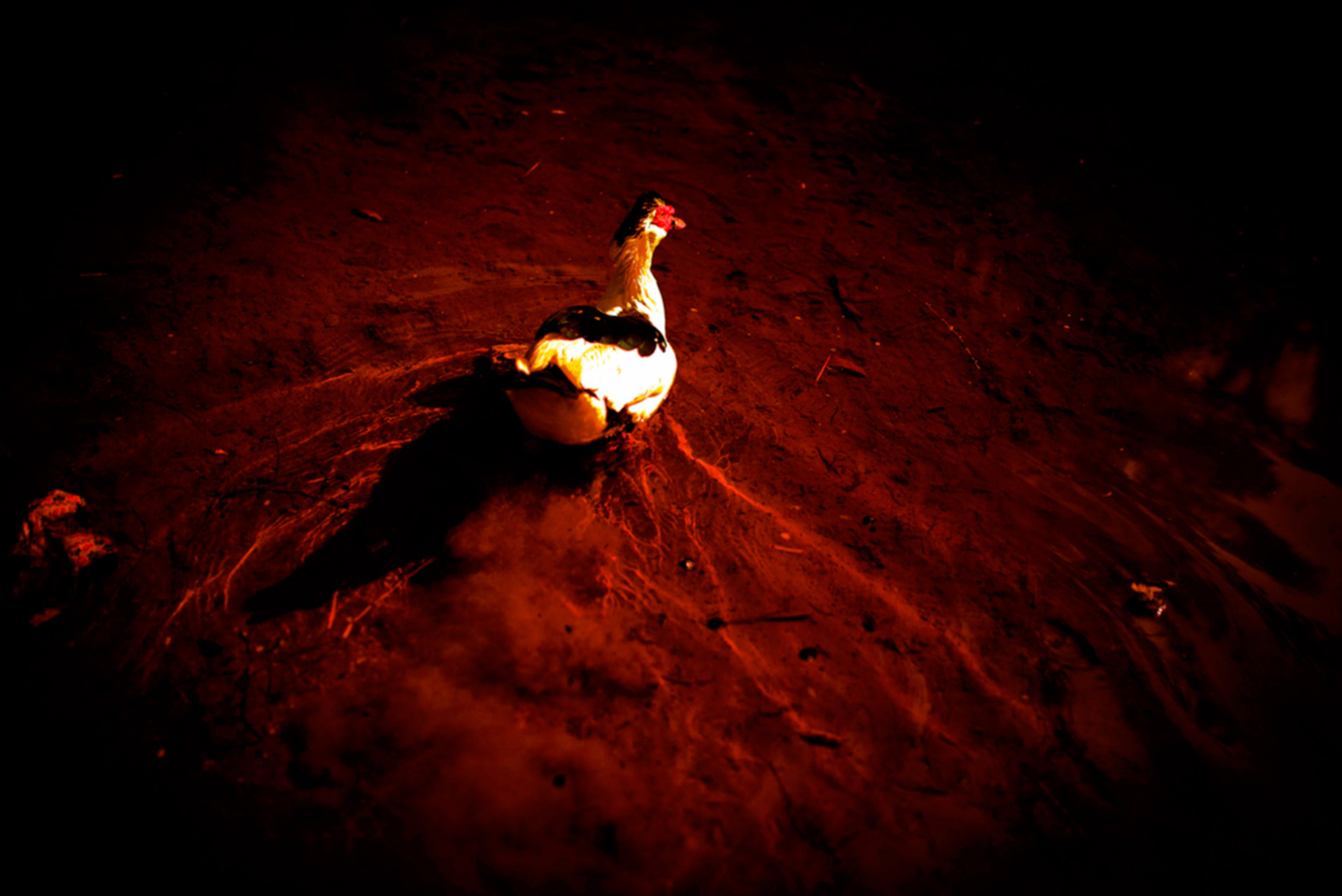 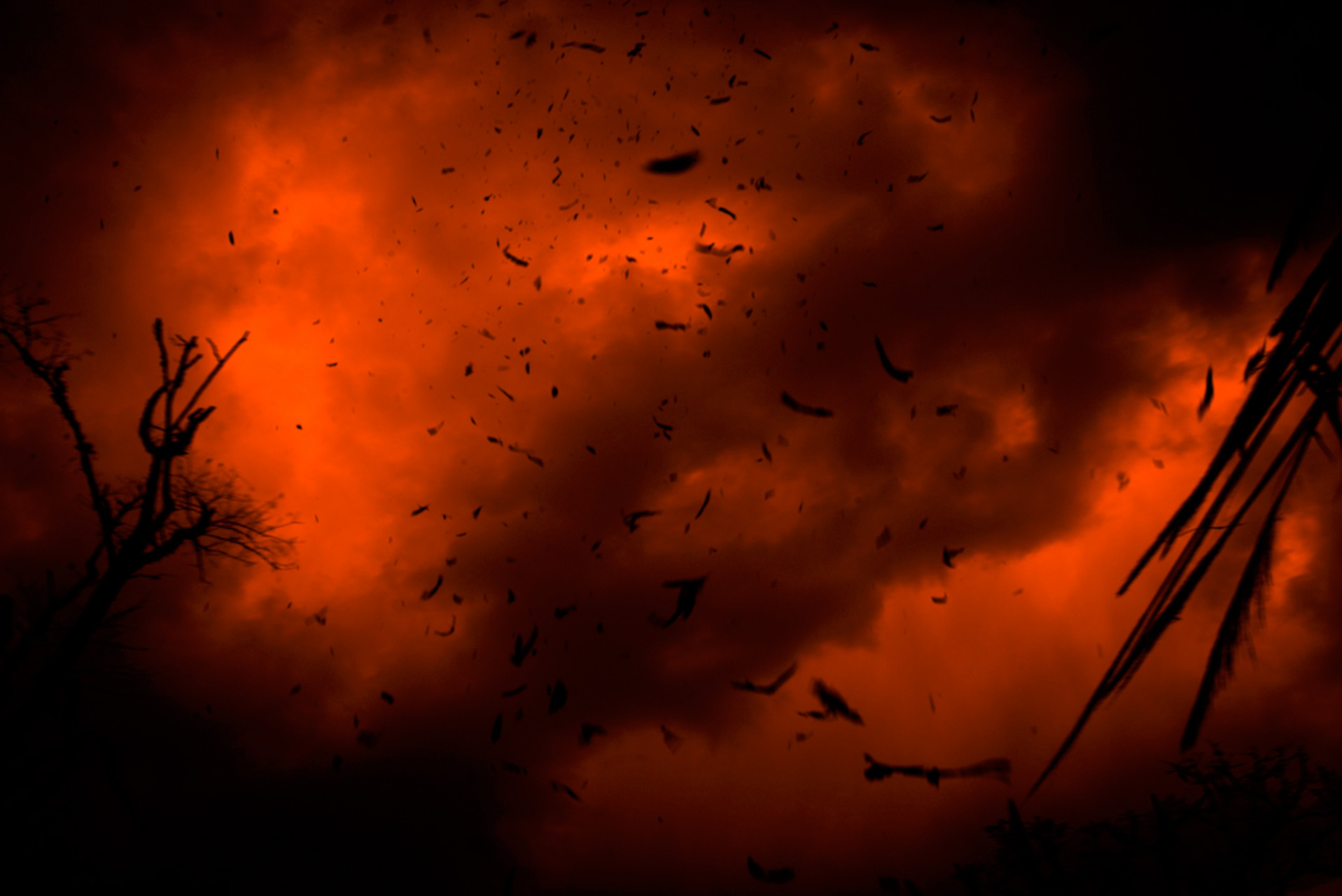 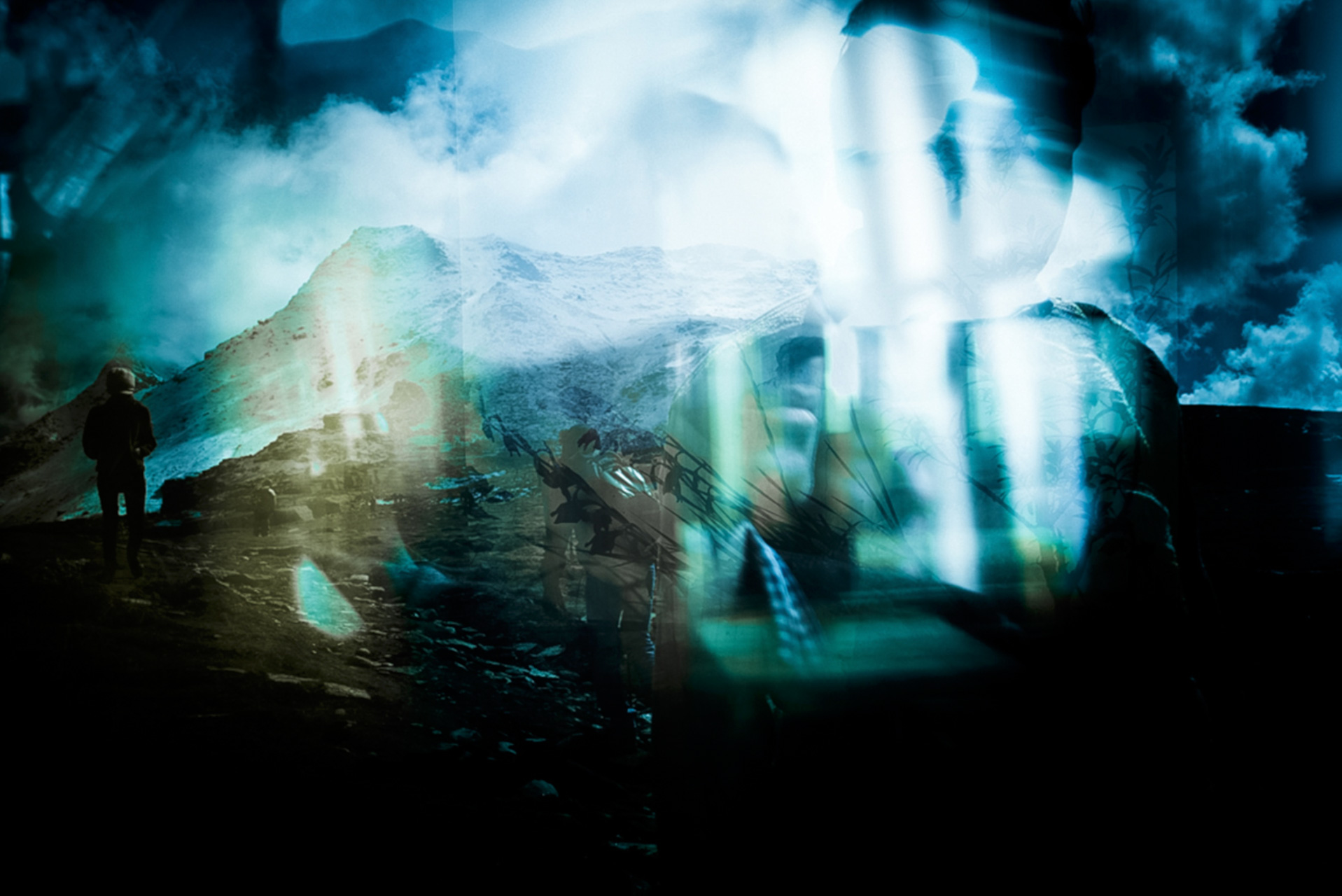 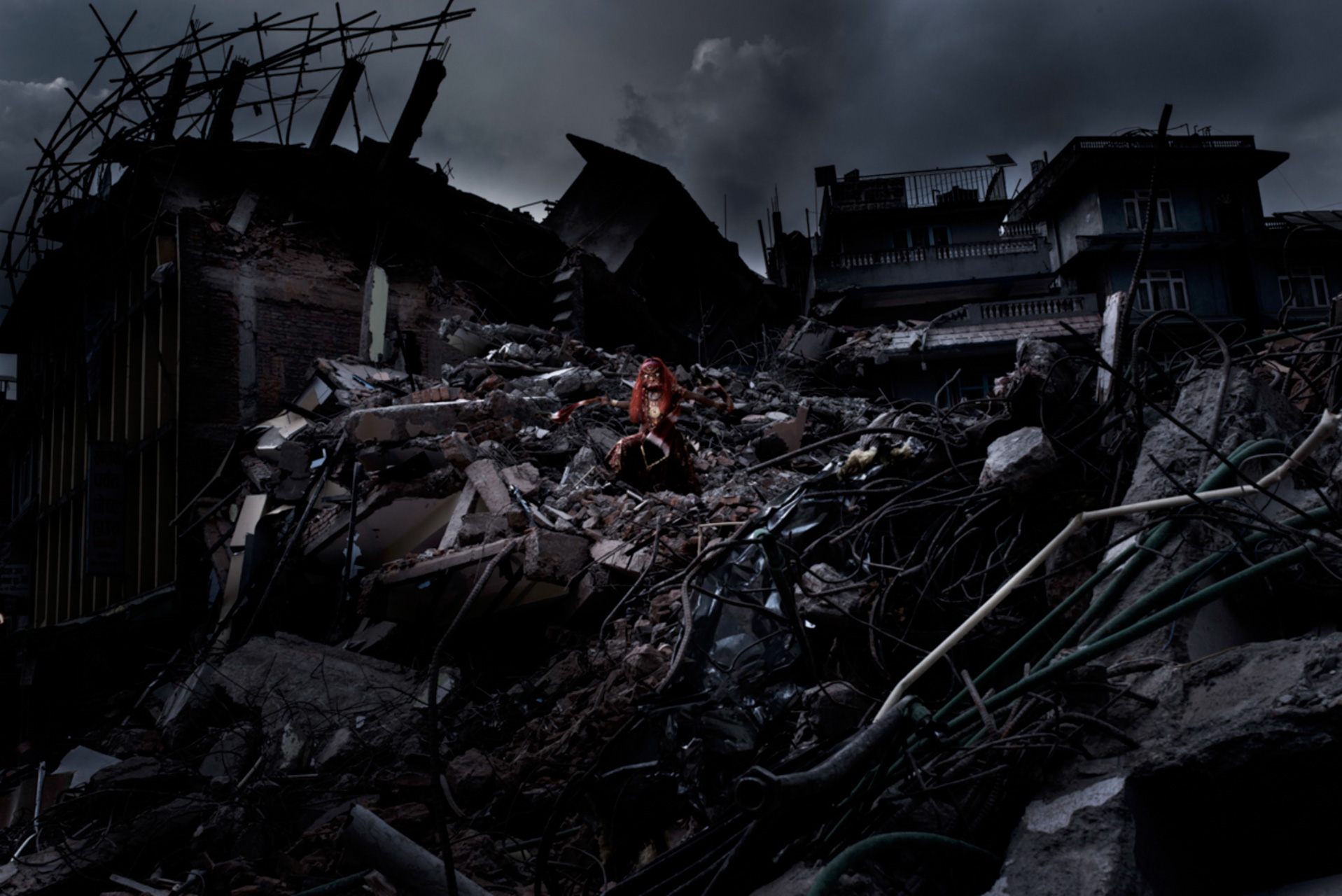 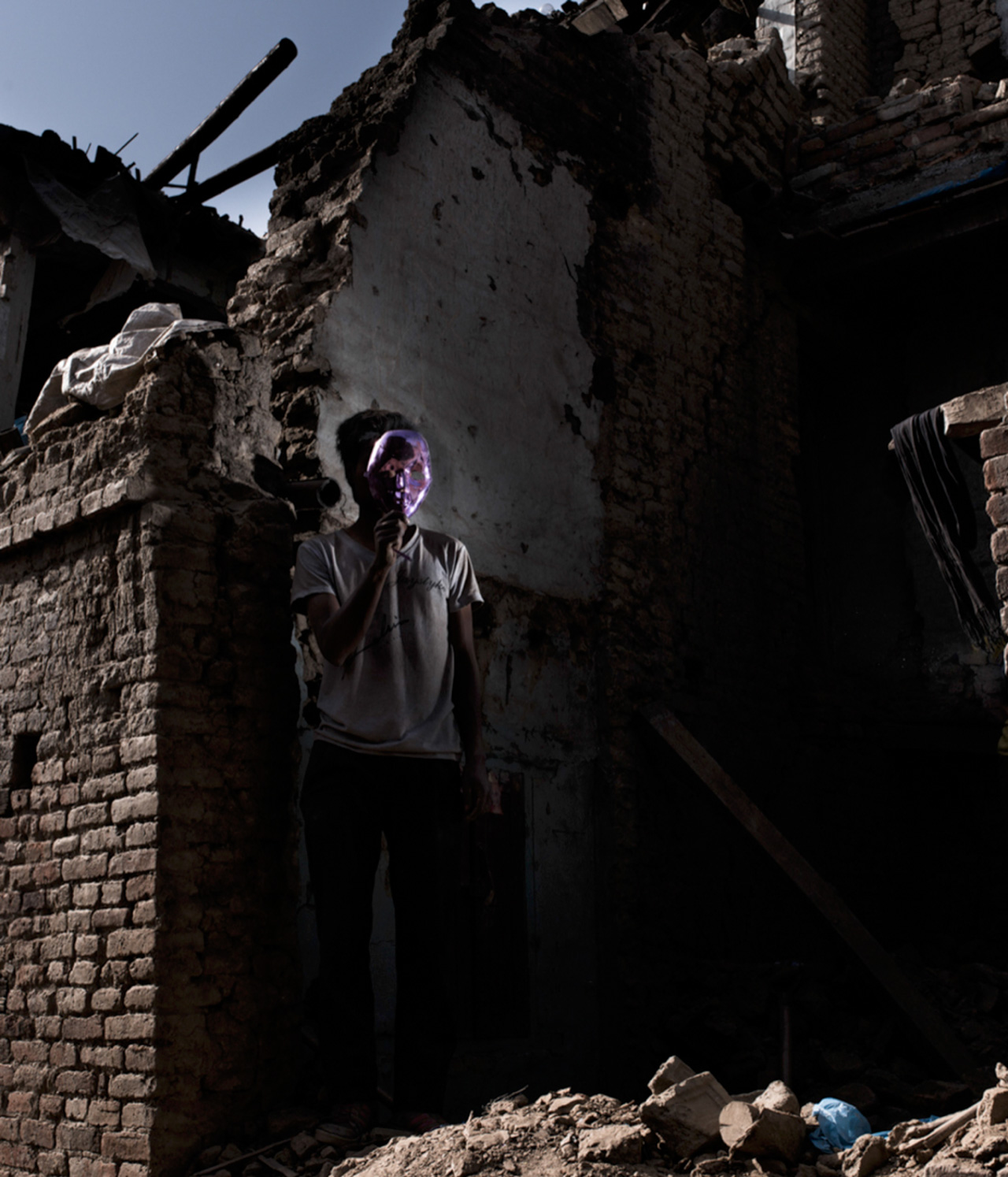 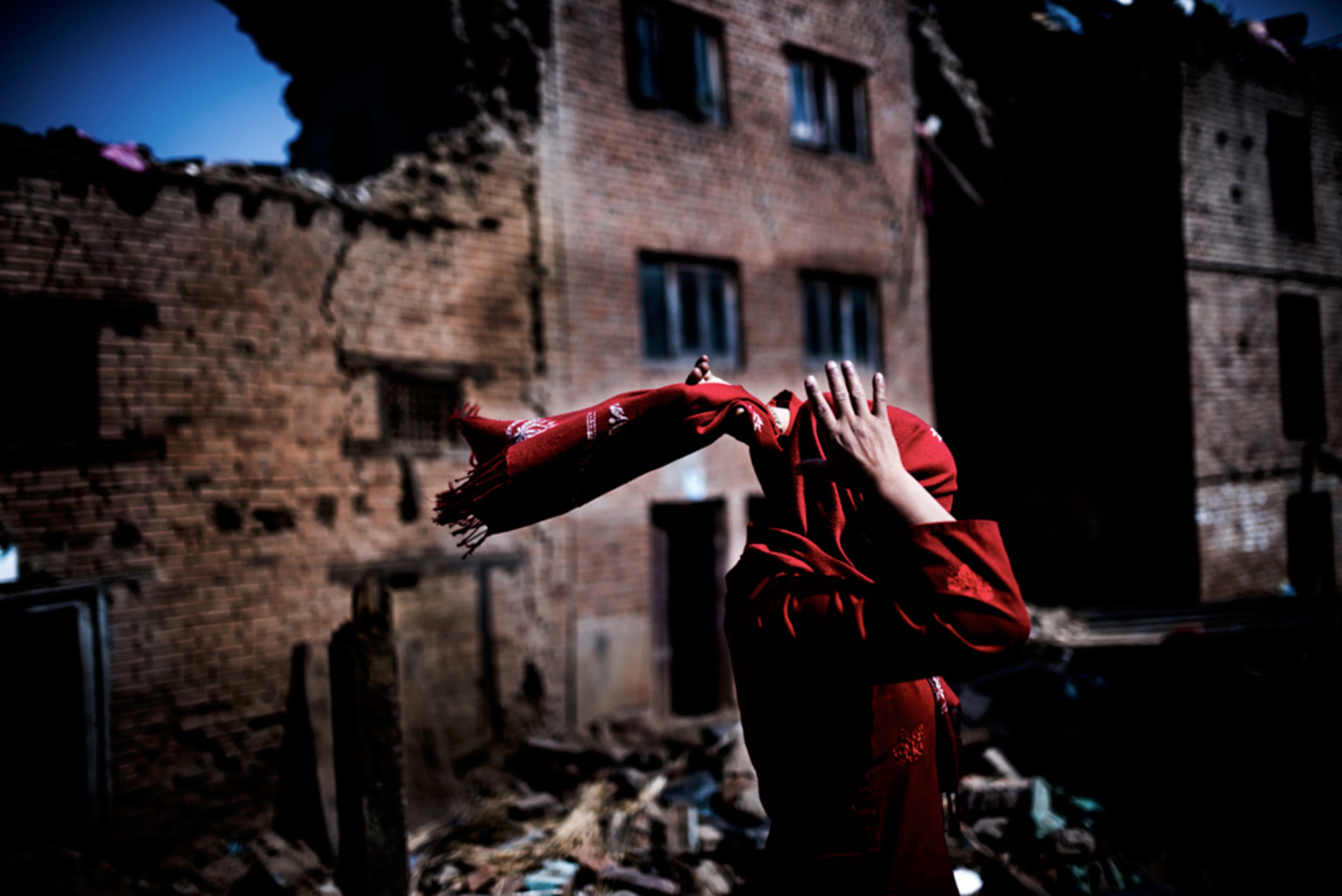 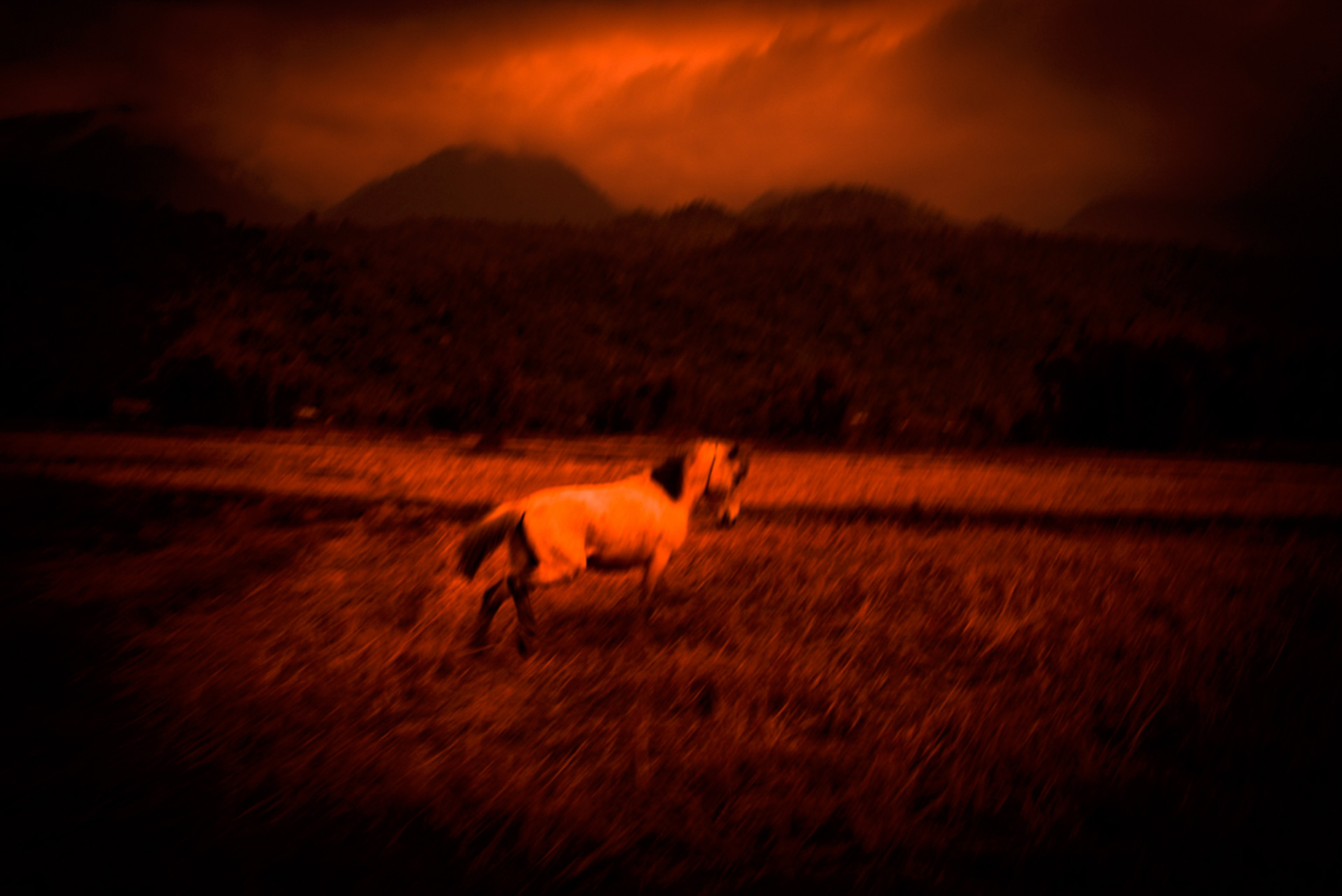 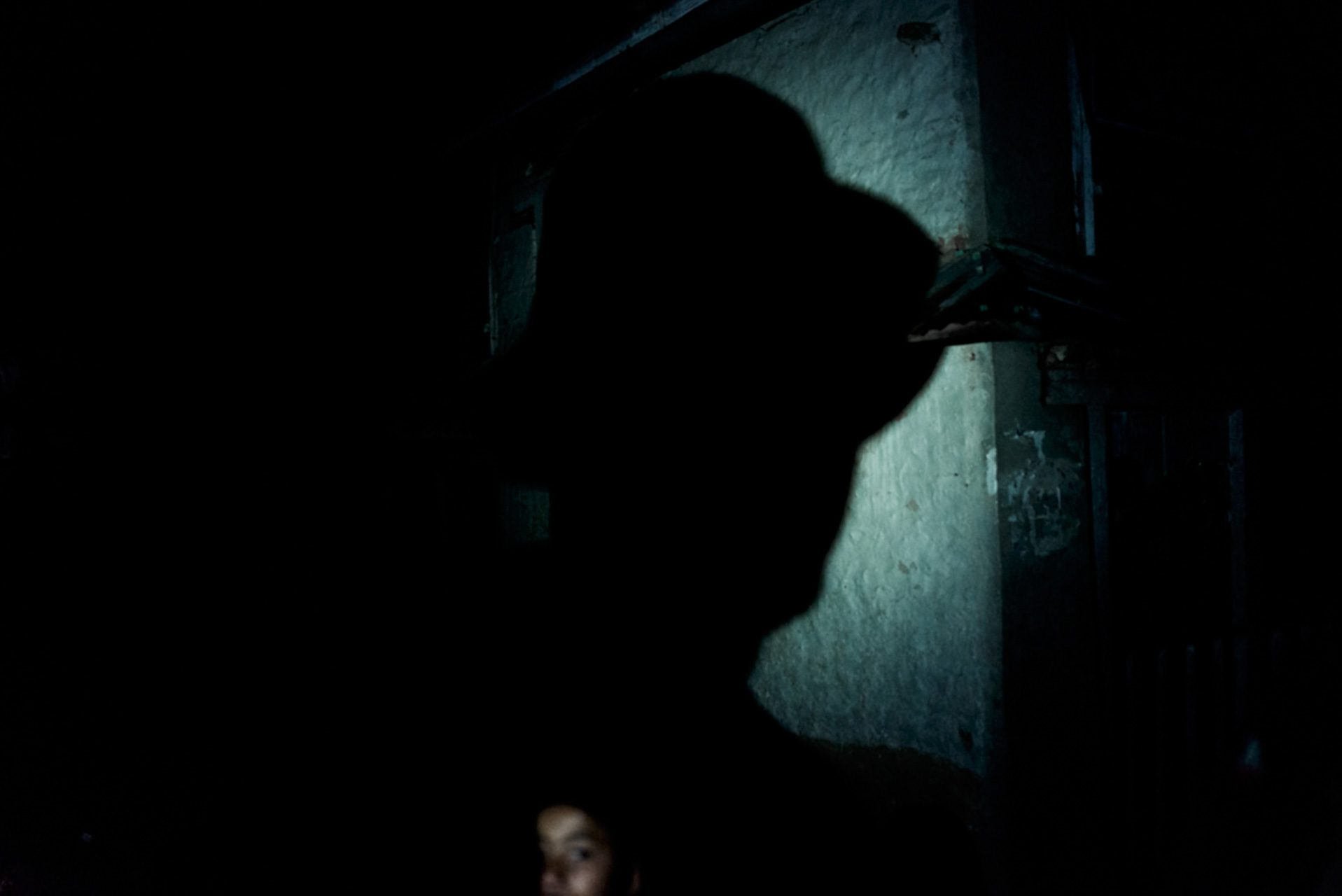 BETWEEN GRIEF AND NOTHING

In 2015, a twin earthquake in Nepal and India killed nearly 9,000 people and affected another 2.8 million. Sharbendu De (b. 1978, India) opted for a creative response to the extreme stress and trauma inflicted by these events. He decided to implement performative elements, all to document a dystopian state of mind; a collective ‘psyche’ of the local community that could not be portrayed by a merely straightforward photographic report of the situation.

Sharbendu wished to somehow grasp the emotional impact of this tragedy on the locals and he aimed to arrive there by the appropriation of Lakhey: a demon god from Nepal’s mythology, commonly depicted with a ferocious face, protruding fangs and mane of red or black hair. The famous psychotherapist Carl G. Jung once spoke of symbolism and mythology as ‘the natural languages of the unconscious’, and the photographer, inspired by that thought, thus used the myth of a figure that is feared throughout the region – even today – as a means to arrive at the mental landscape of the Nepalese in the aftermath of these devastating earthquakes.