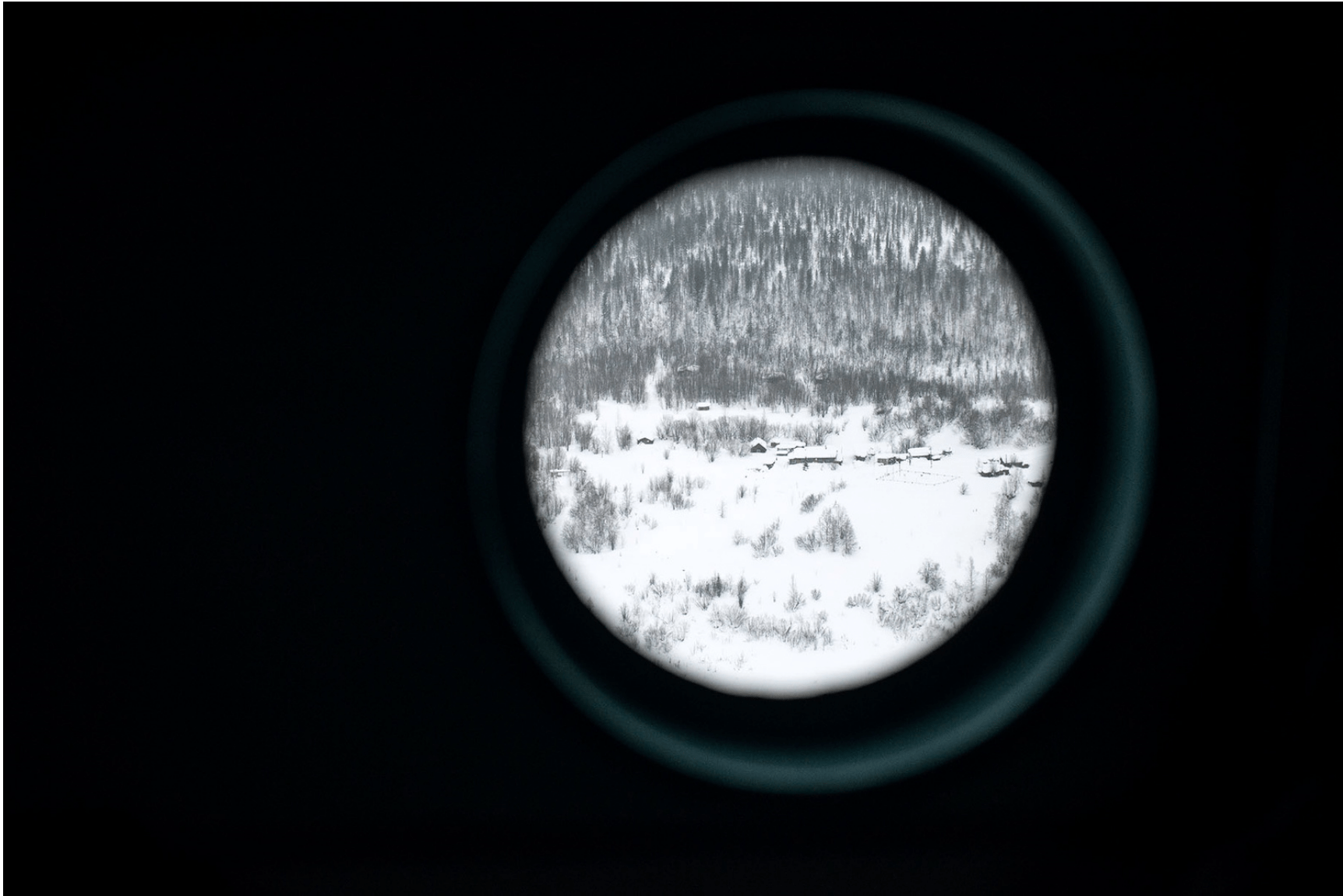 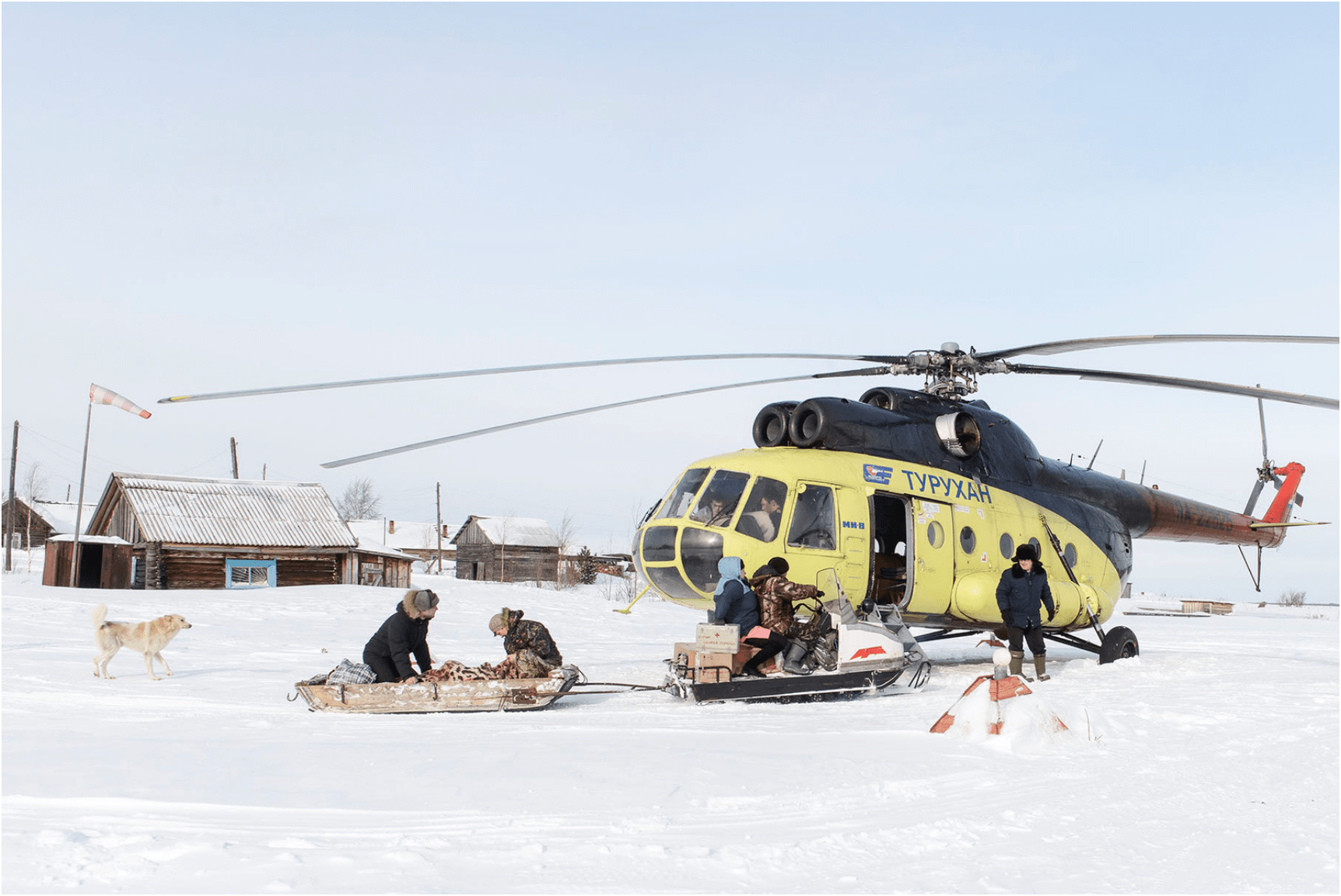 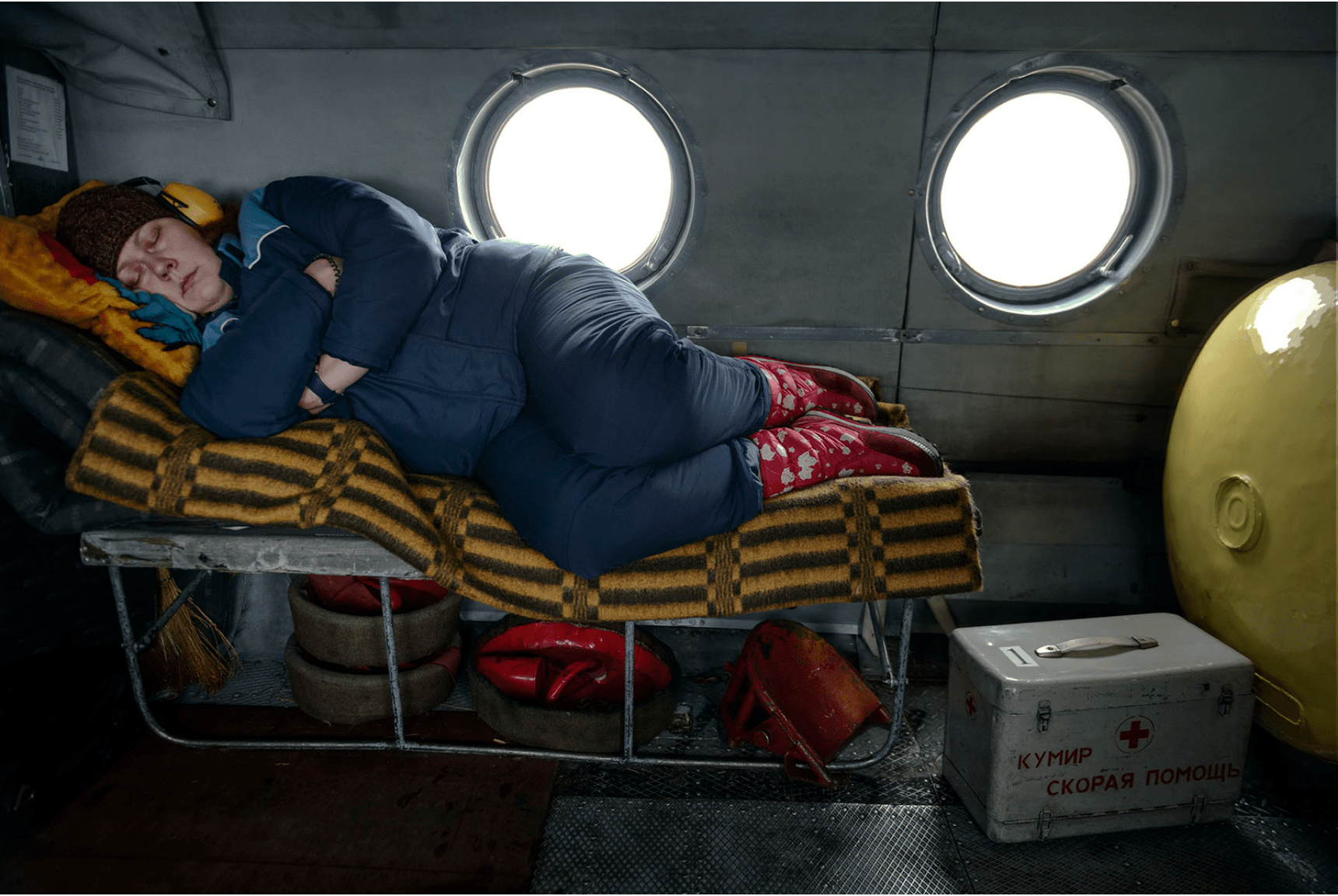 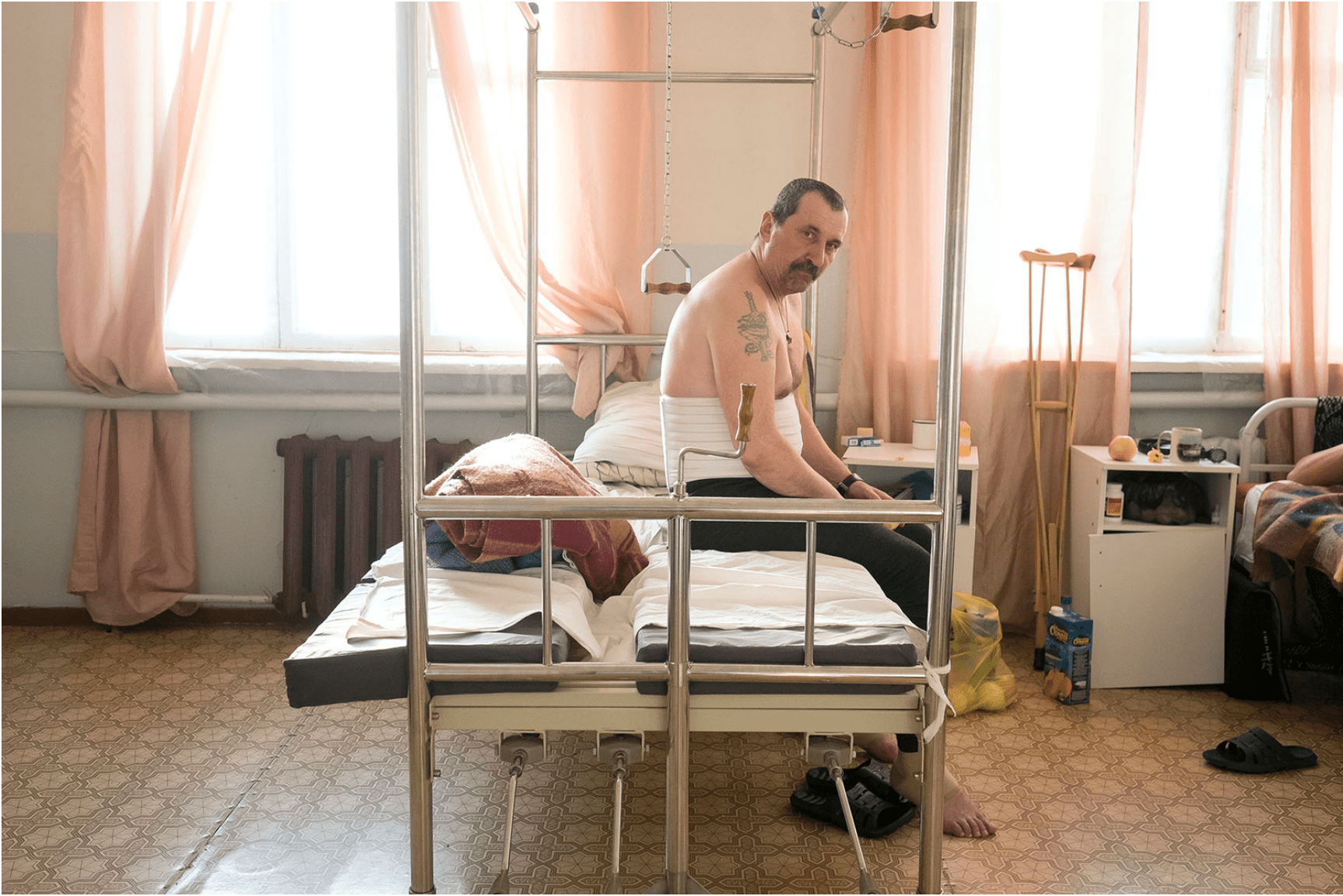 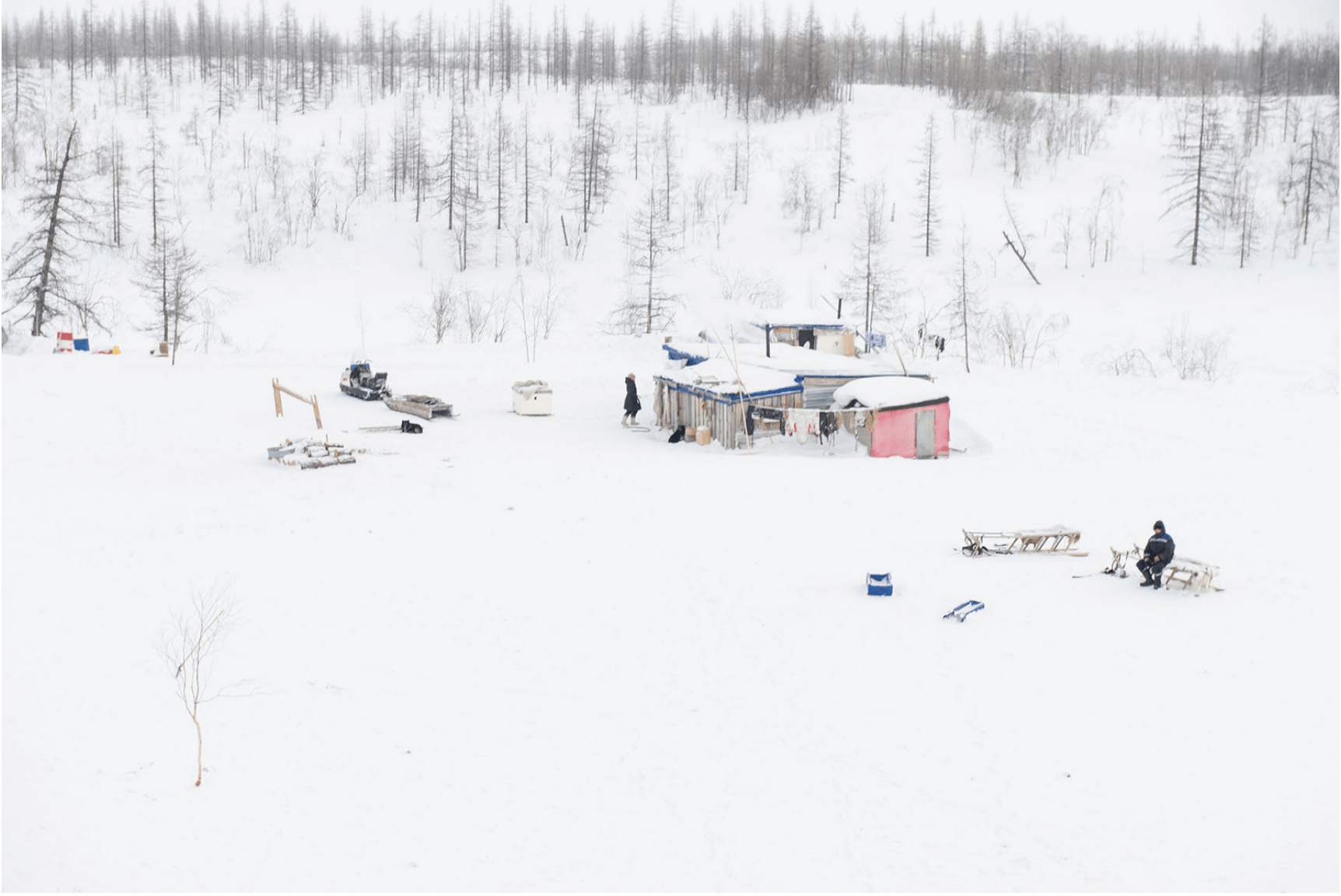 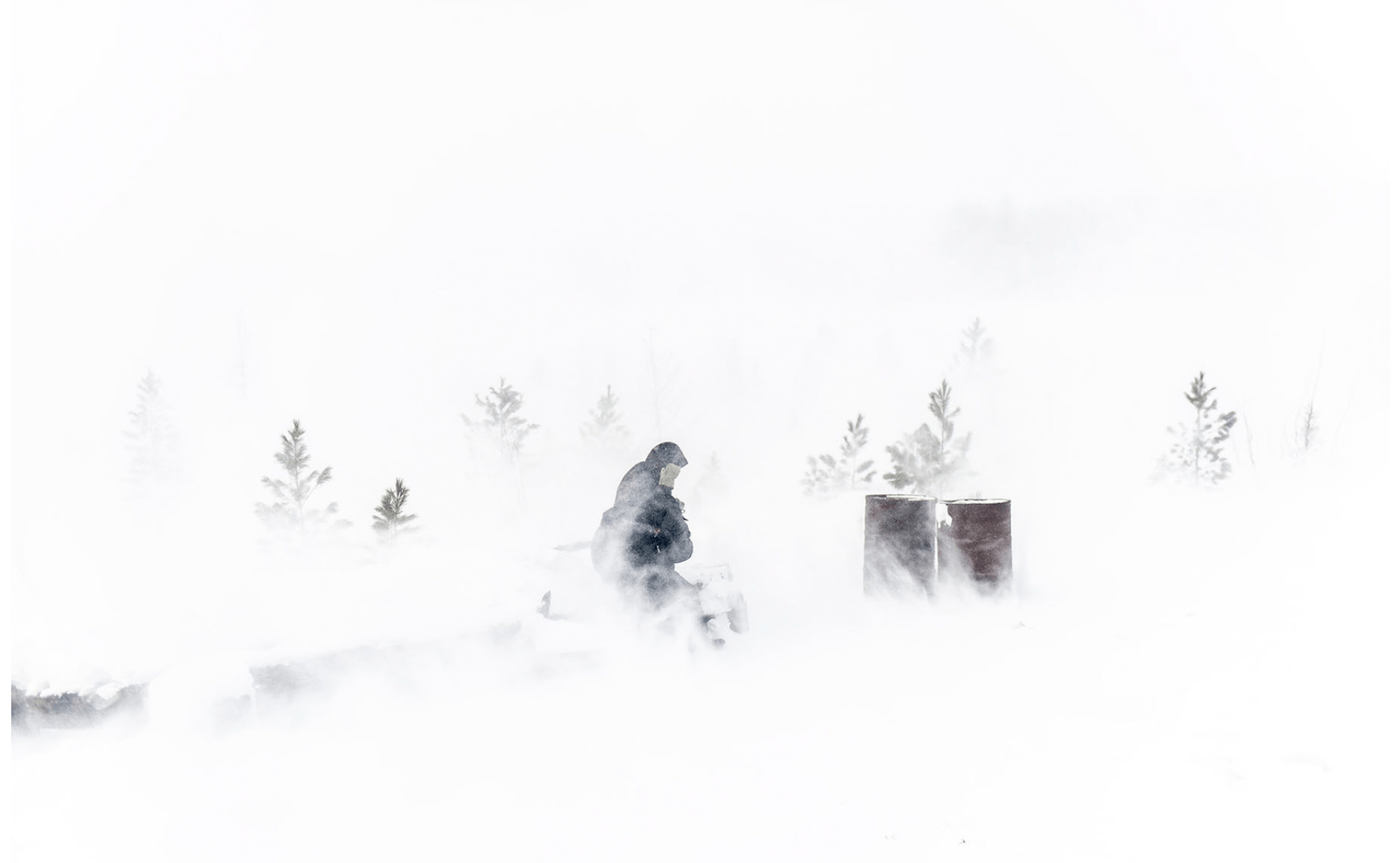 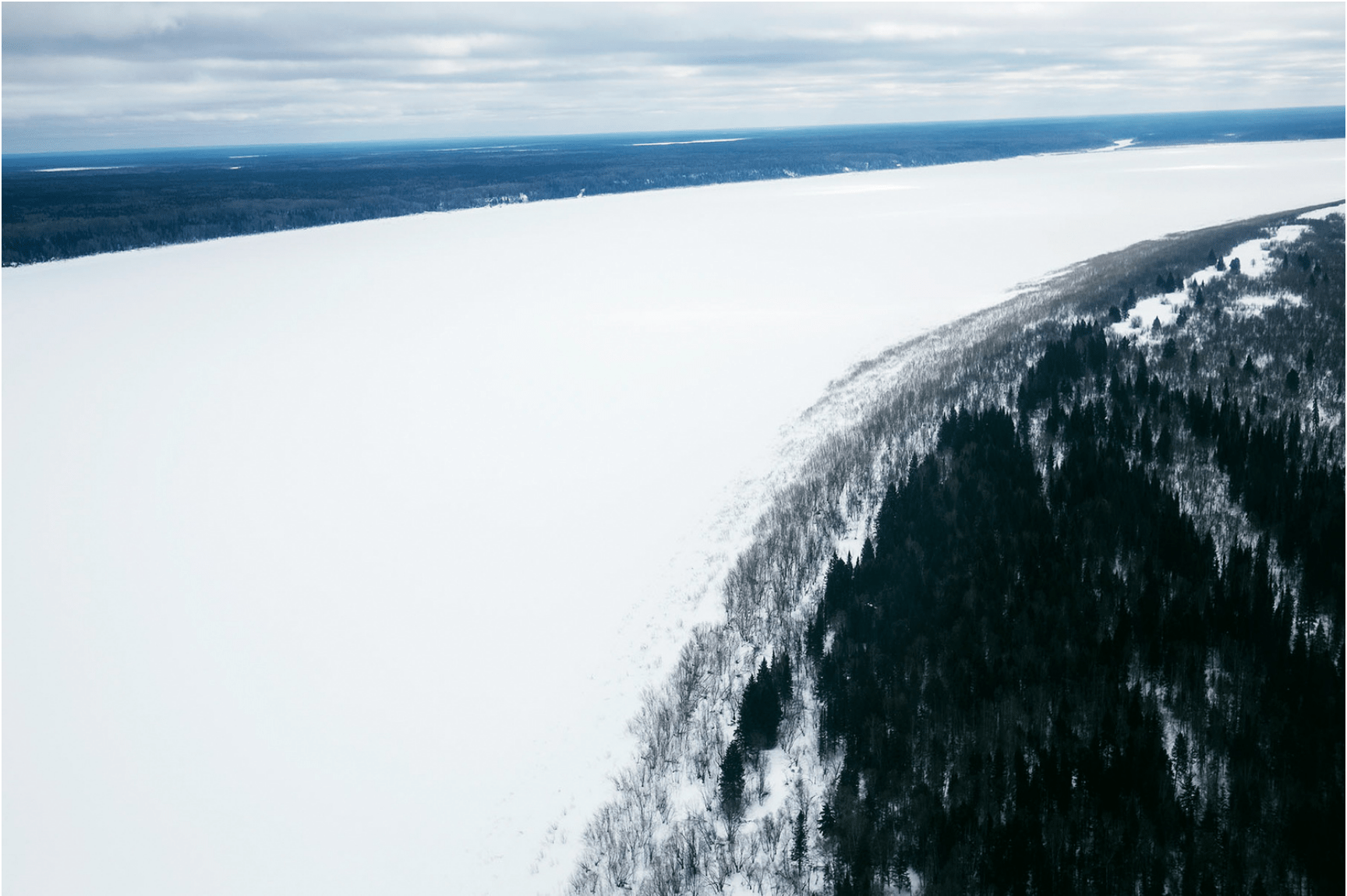 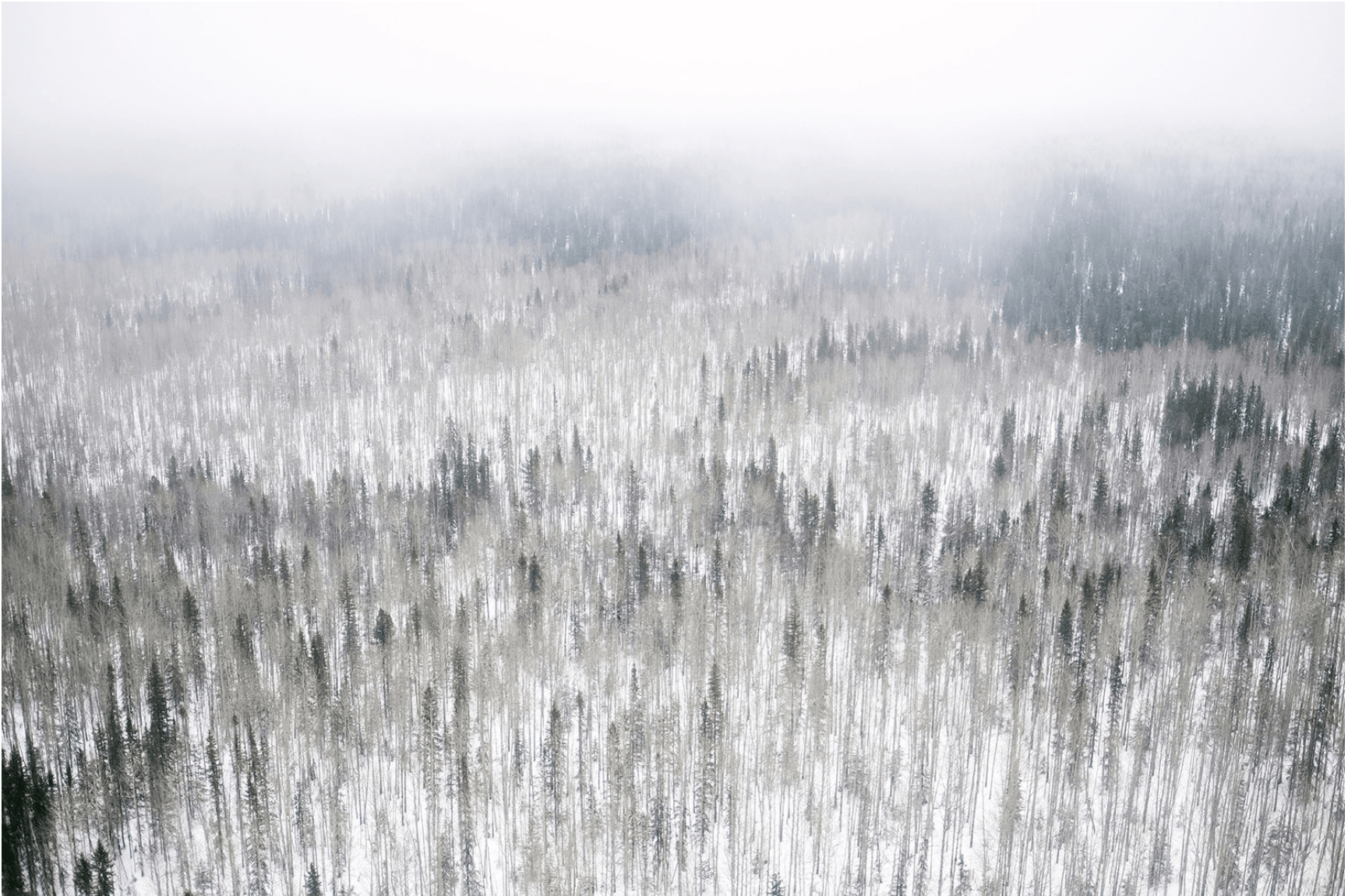 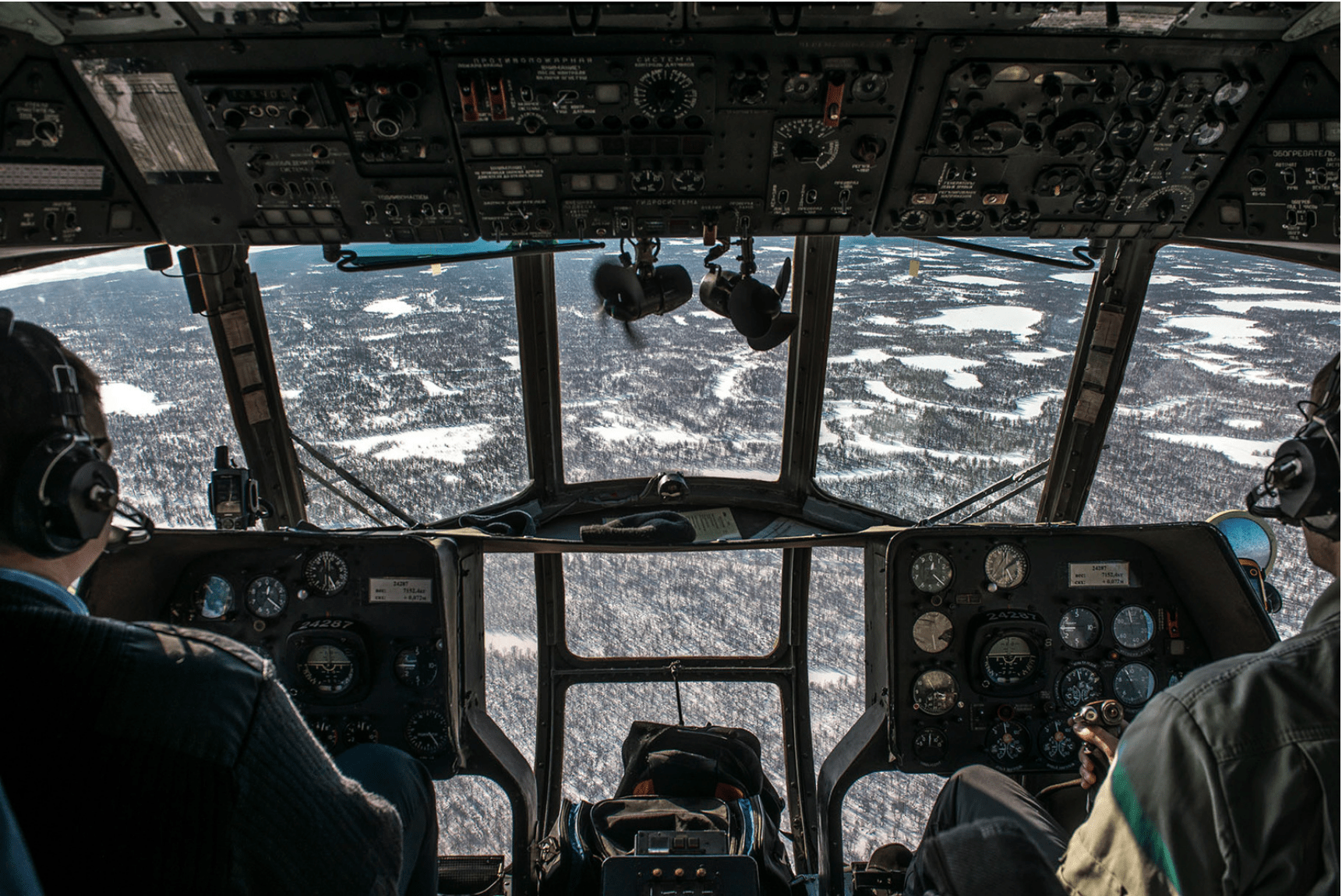 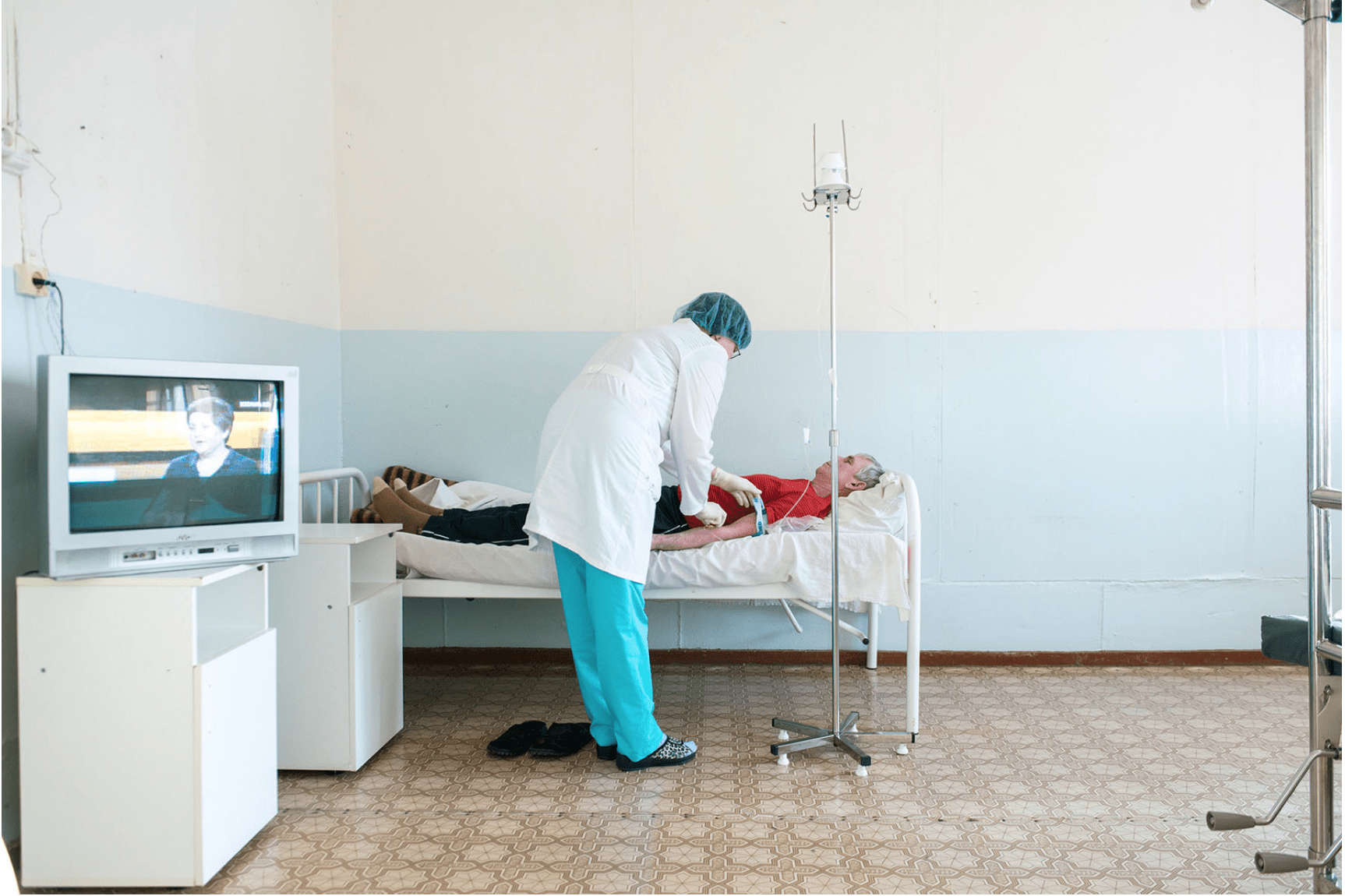 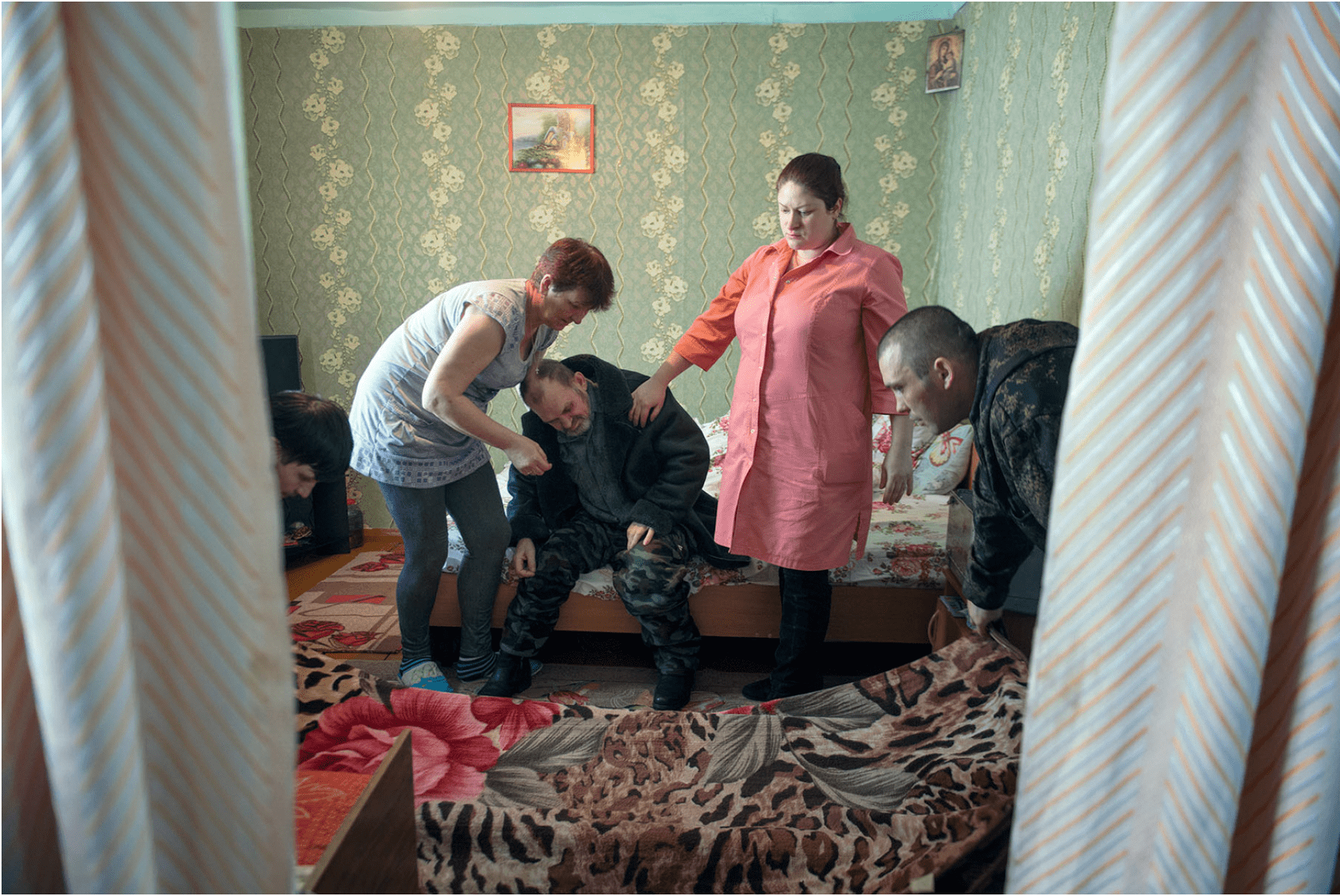 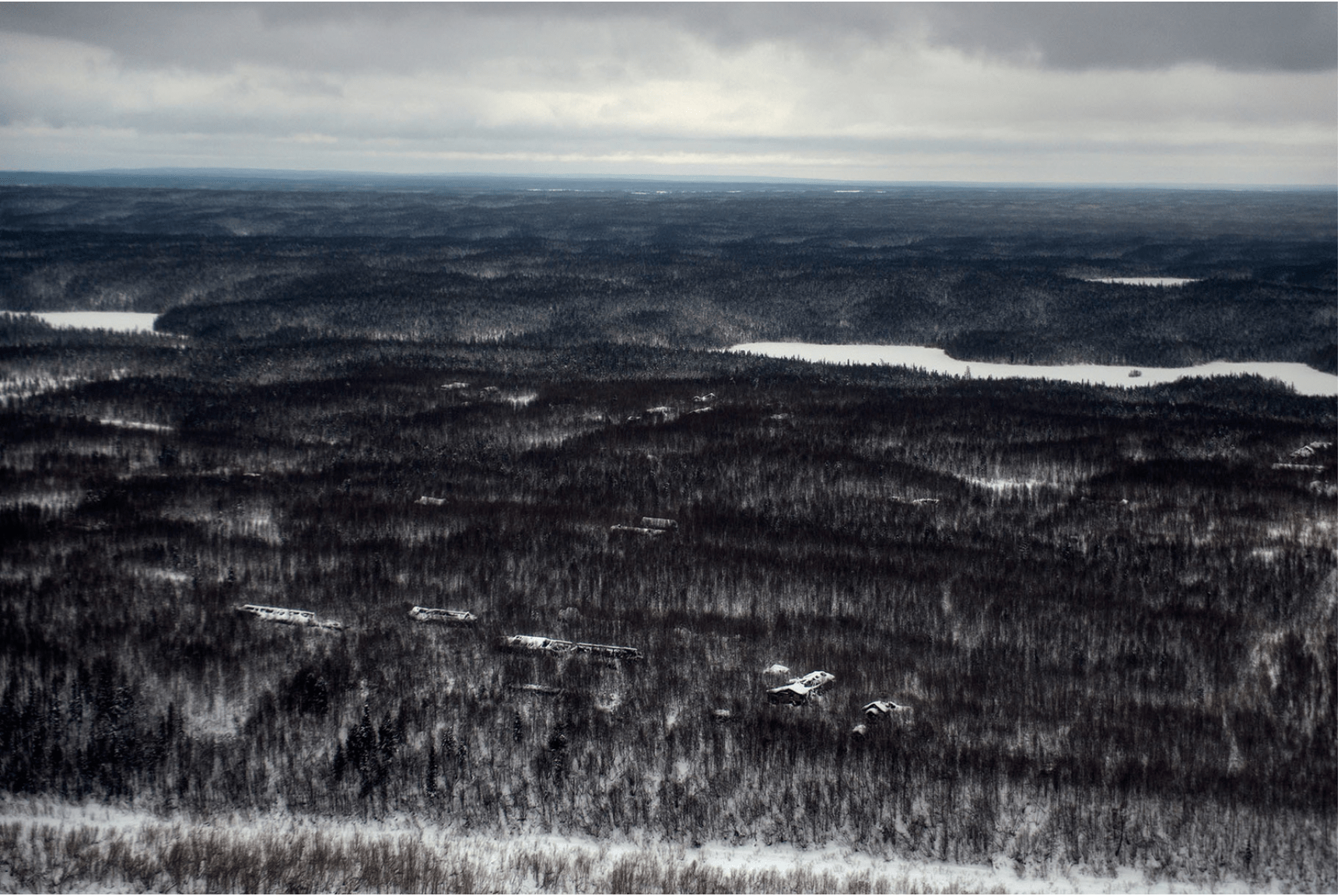 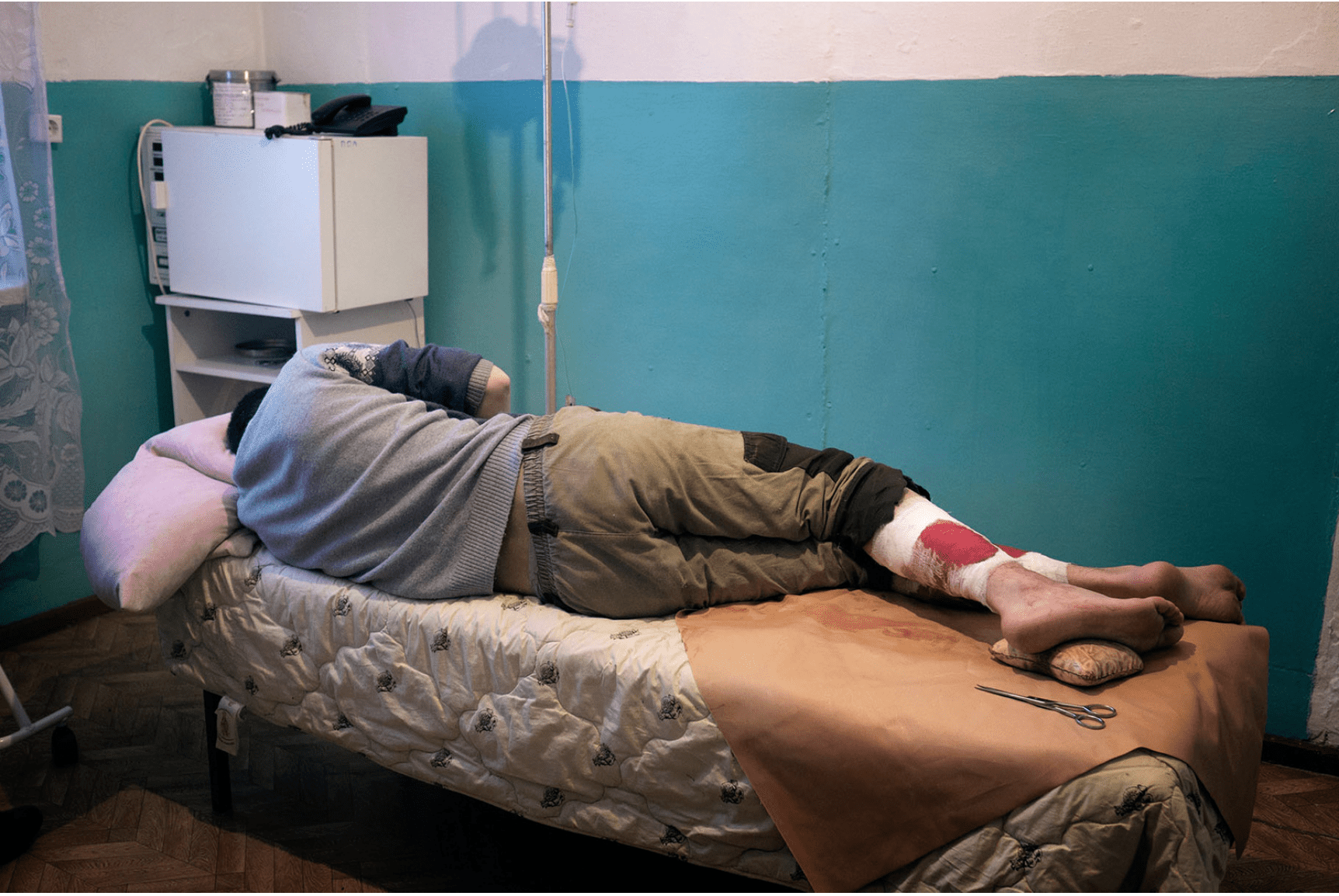 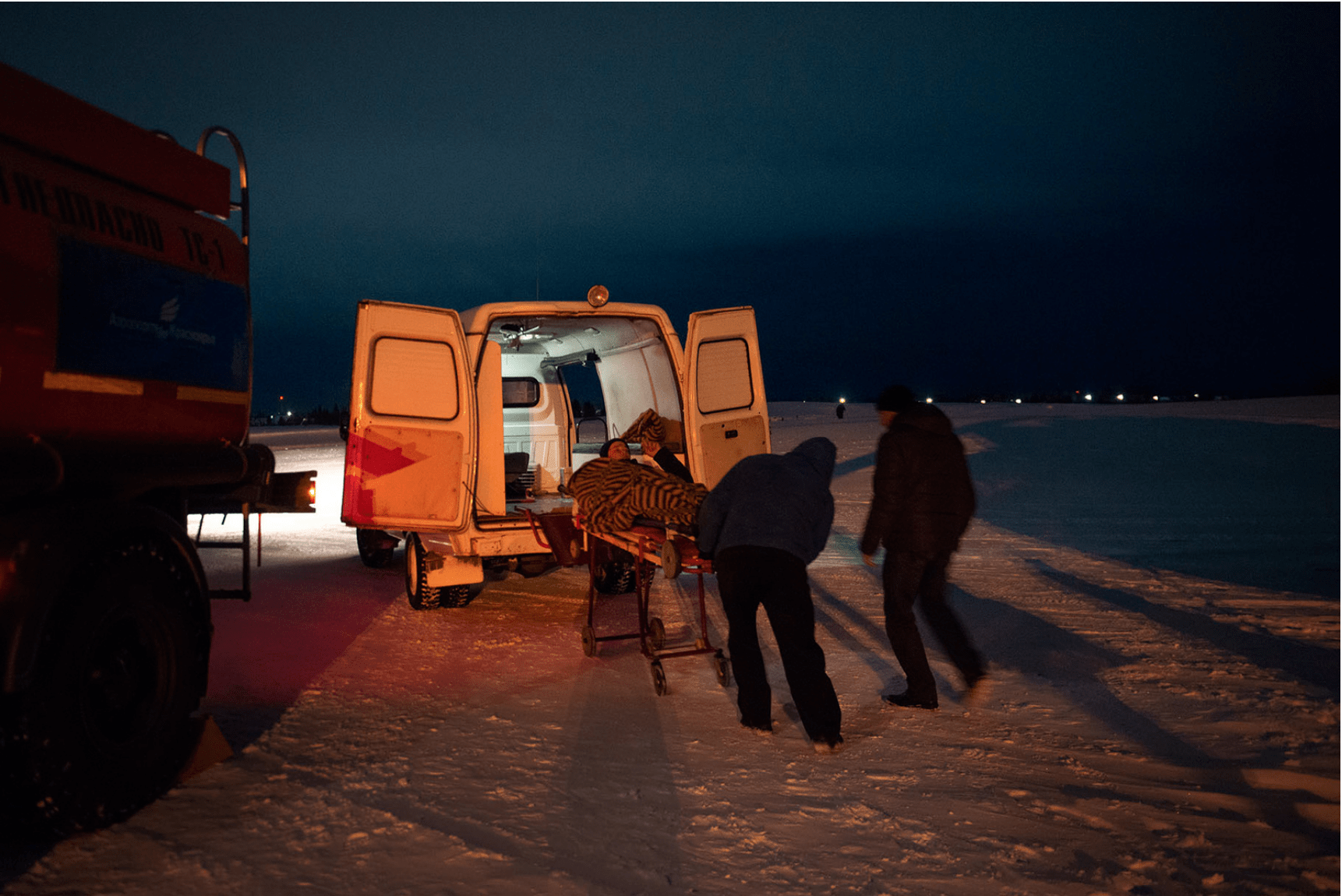 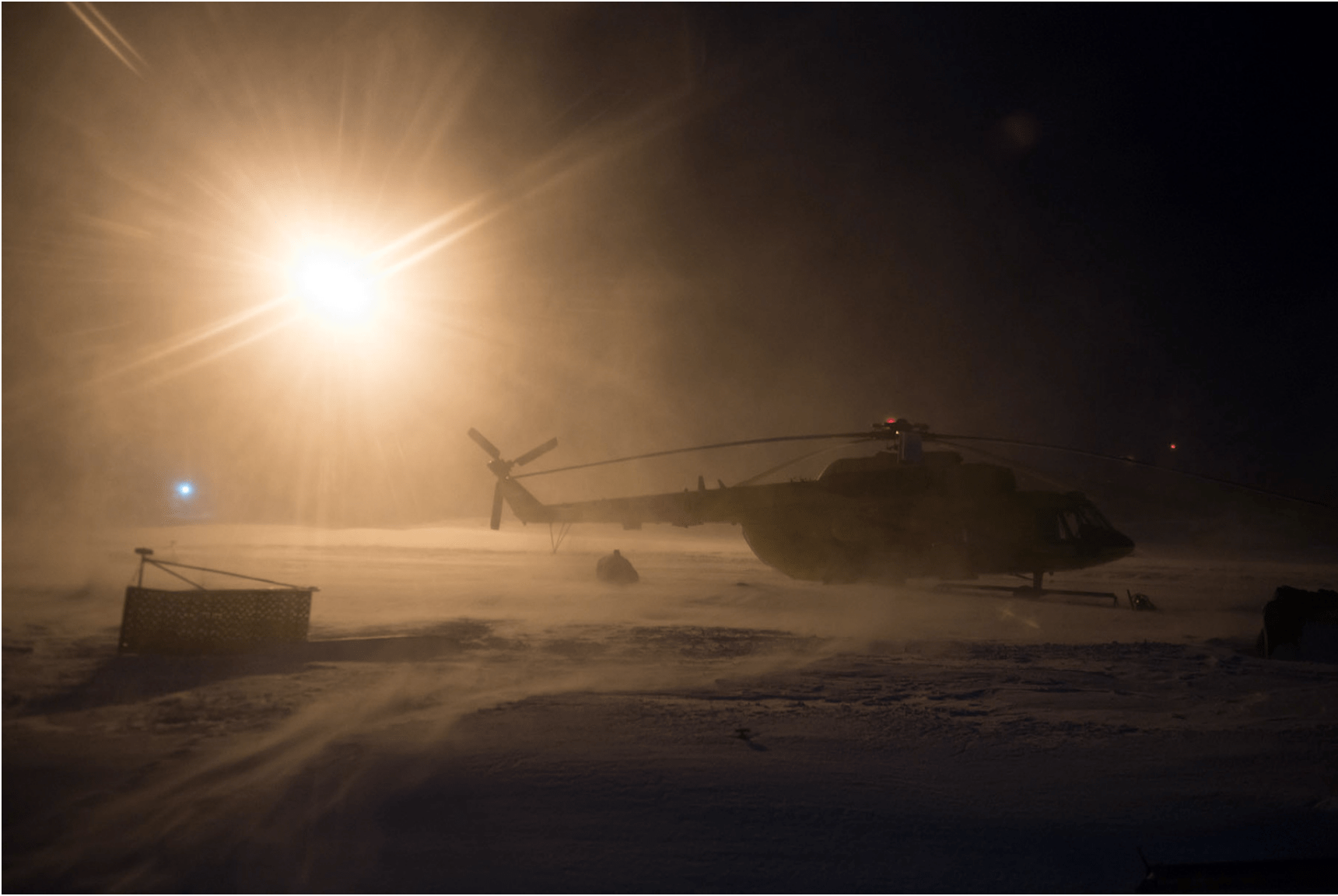 Elena Chernyshova (b.1981, Russia) investigates the daily lives of communities in the context of environmental, political, and economic changes. For two winters already, she has been visiting the remote Turukhansky District, north of the Arctic Circle, to collect visuals for her personal project in progress: Wing Ambulance.

You have once cycled from Toulouse to Vladivostok and back. Could you tell a little more about this epic journey and how it apparently led you to the decision of becoming a photographer?

I have an interest in photography since I was eighteen. My great inspiration back then was architectural photography. But after the roundtrip, Toulouse – Vladivostok – Toulouse, my attention had switched to the impact of certain environmental conditions on human activity, ways of adaptation, and diversity of lifestyles.

Along the way, I encountered people from various cultural backgrounds who expanded my horizon – including experienced photographers, guiding me towards the secrets of storytelling. In short, this trip was an epiphany and I decided to become a full-time documentary photographer.

“(…) after the roundtrip, Toulouse – Vladivostok – Toulouse, my attention had switched to the impact of certain environmental conditions on human activity, ways of adaptation, and diversity of lifestyles.”
What was your very first project?

I’ve lived in France for some time and became interested in how more and more villages are becoming dormitories of big cities. Basically, it’s a visual story about a typical French village where life is balancing between the rural traditions and modernisation. It helped me to win a Lagardère Foundation Grant that led me to a bigger project: Days of Night – Nights of Day, which focused on the daily life of the inhabitants of Norilsk, a mining city in Russia northernmost of the polar circle.

Currently, you are working on Wing Ambulance. How did you learn about this medical service?

That was during my stay in Norilsk. It was operating not that far away from where I was, in the Krasnoyarsk Krai (the administrative centre of the Russian Turukhansky District). With the size bigger than half of Germany, the region has a population of only 16,000 people. There are several small towns which aren’t interconnected by roads or railroads, due to the permafrost or the high concentrations of swamps in the region. So, the inhabitants are provided with a helicopter ambulance service.

What do you need to know before boarding on a photographic journey of this sort?

The most important skill is to be a good manager, to know how to plan things down to the smallest details. It also helps to understand people’s emotional and physical state when photographing them. Furthermore, you need to have your pitch ready: explaining to locals what you are doing and why, showing that your work is as important to them as it is to you.

After having faced bureaucracy in all its manifestations, I needed to be ready for any kind of risk. During the springtime, paramedics travel a lot to the remote lake regions to attend the indigenous peoples of the Russian North like the Evenks, Nenets and Kets. These operations are considered risky because the layer of ice isn’t thick enough for the helicopter to land. The only solution is to jump from the vehicle, flying stationary some meters from the ground. You’ll land directly into the deep snow and from there, it takes long hours walking in the cold searching for the patient in need of help.

“(…) you need to have your pitch ready: explaining to locals what you are doing and why, showing that your work is as important to them as it is to you.”

How did you train yourself to capture these unrepeatable moments?

I am a very intuitive person and can’t say that these decisions are consciously planned. I just simply know when to press the shutter. It might be a gut feeling – it’s hard to explain. The only thing I know for sure is, when you unhurriedly observe life around, the decisions on how to document it in the best way start to appear naturally.

How do you prepare yourself for working in extreme conditions?

The Wing Ambulance is one of my most challenging projects. As always, I collect useful information beforehand from all possible sources and try to understand how the story can be set up into different scenes. It helps to create a storyboard and if needed, I draw some complementary sketches.

But everything is so unpredictable! It’s already extremely hard to even anticipate on someone being sick or not. Once, for the whole week, I was at the location without taking a single picture because of the absence of any emergencies. It’s such a weird and confusing feeling when you think: luckily no one is ill. But time is ticking away while the story isn’t moving any further.

During the days when a medical case was confirmed, paramedics would call me with the invitation to join them. They would pick me up wherever I was by car and take me to the airport where the crew was boarding the helicopter. Sometimes the flights were monotonously long: two and a half hours above endless Taiga is a meditative experience.

“(…) when you unhurriedly observe life around, the decisions on how to document it in the best way start to appear naturally.”
Wing Ambulance is about the sensitive subject of saving people’s lives. What is your approach in these situations?

I would never photograph anyone against their will. If a person can’t respond because of health conditions, then I ask permission of the family.

Usually, people trust me, because they see that I’m a part of the paramedics’ crew. No one has time to ask too many questions, anyways. I shortly explain who I am and what is my role on the spot. As soon as the helicopter lands, everything needs to be done very quickly. I usually only have about 15 minutes to take photographs.