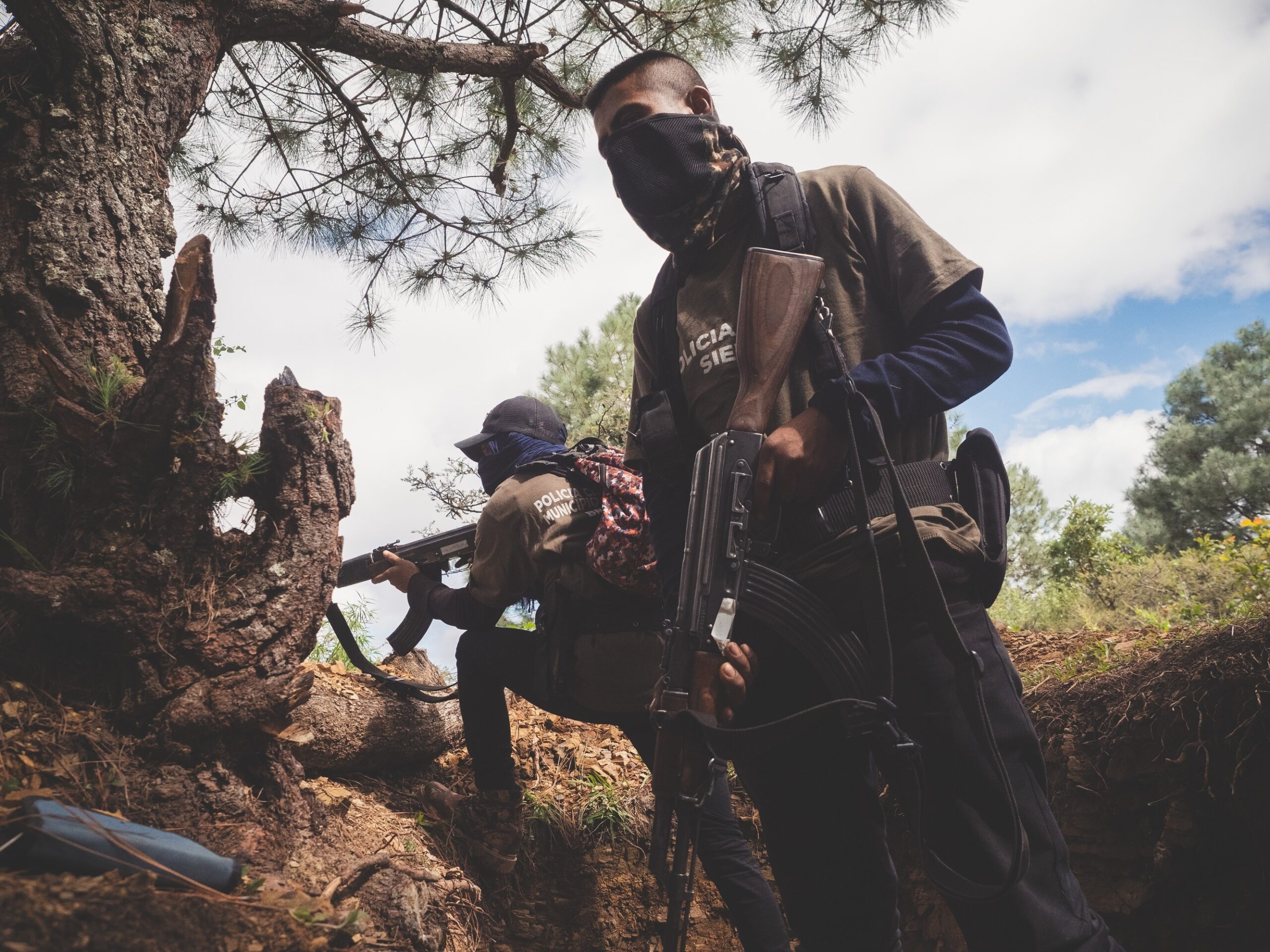 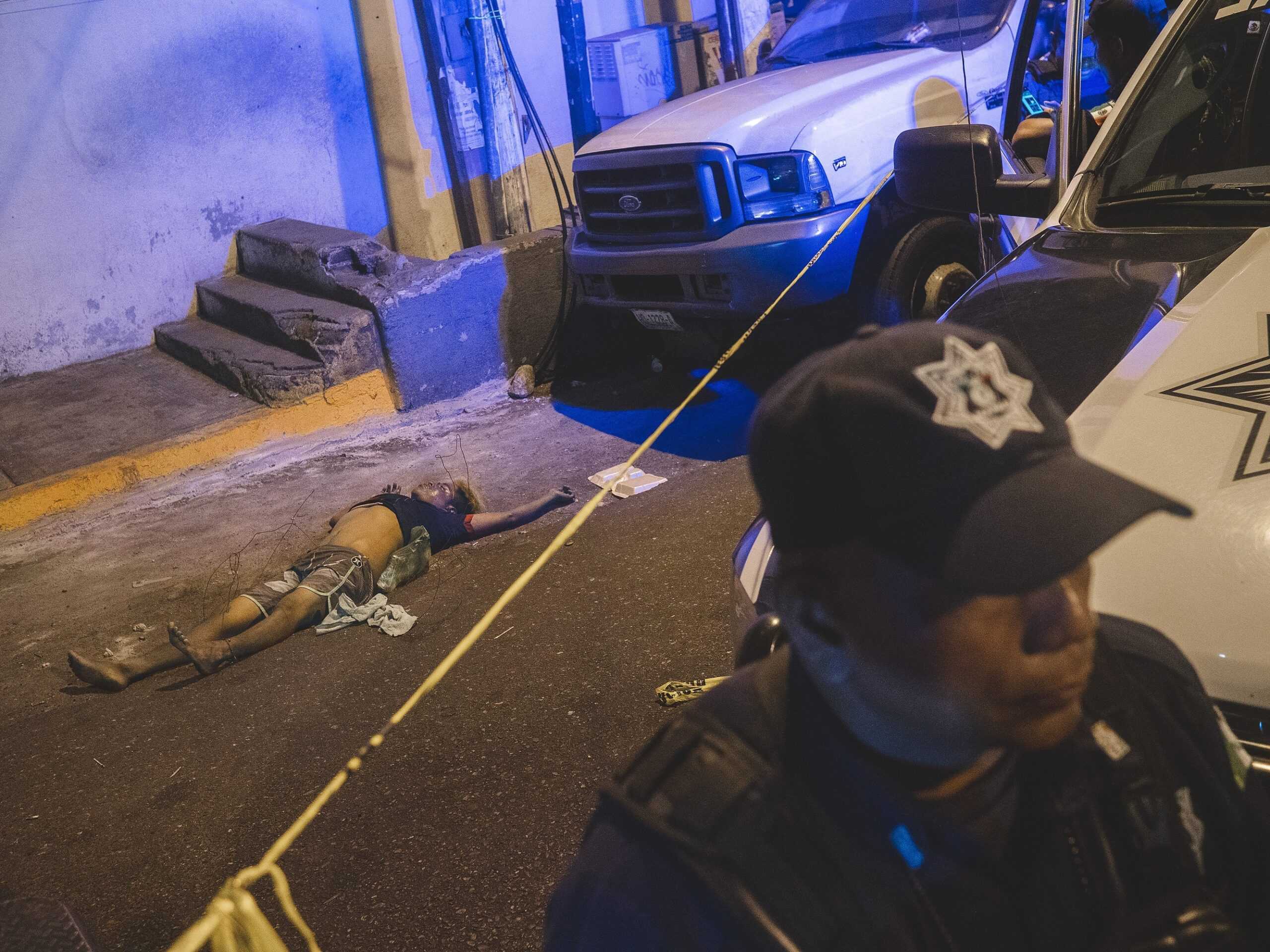 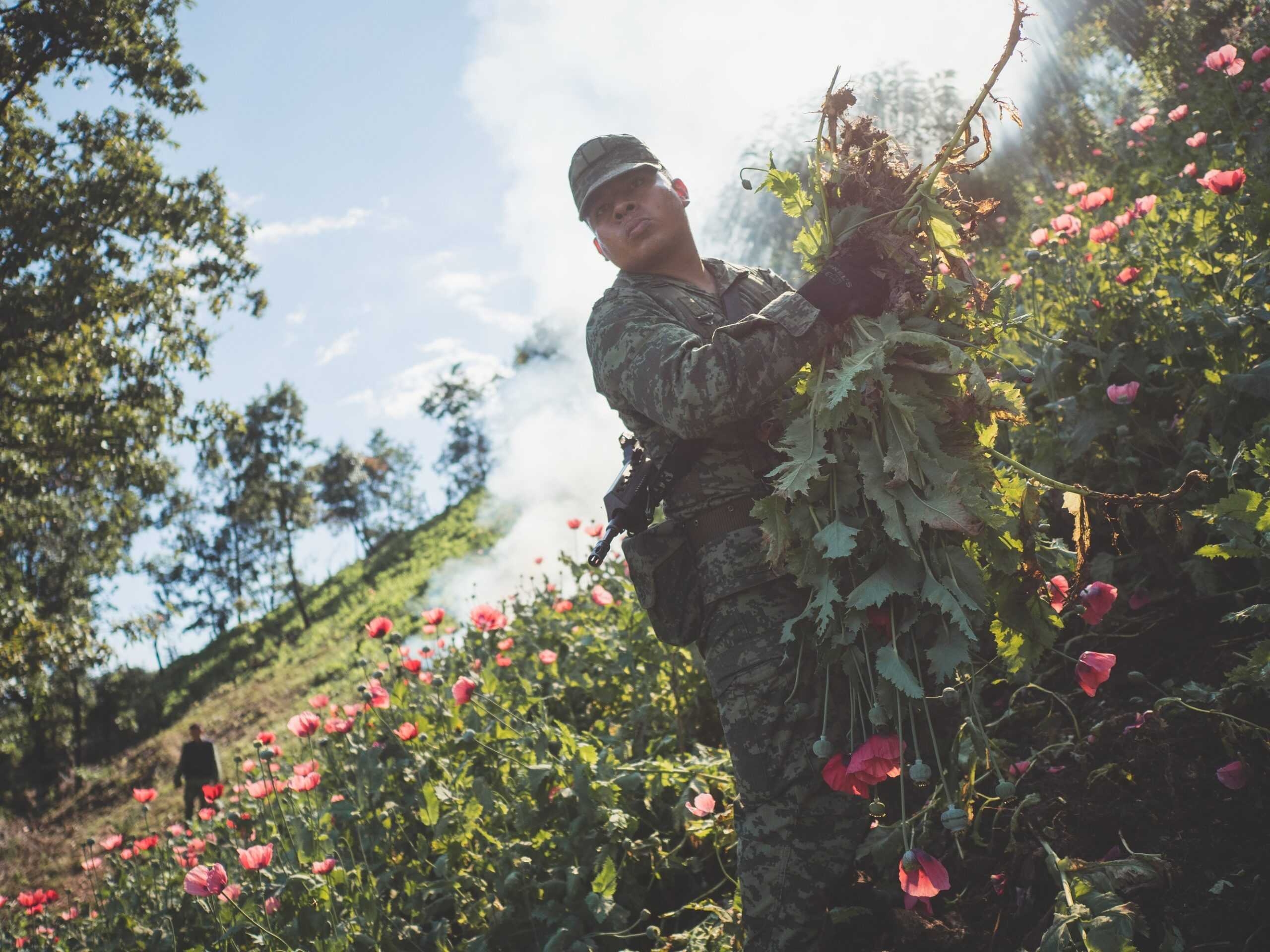 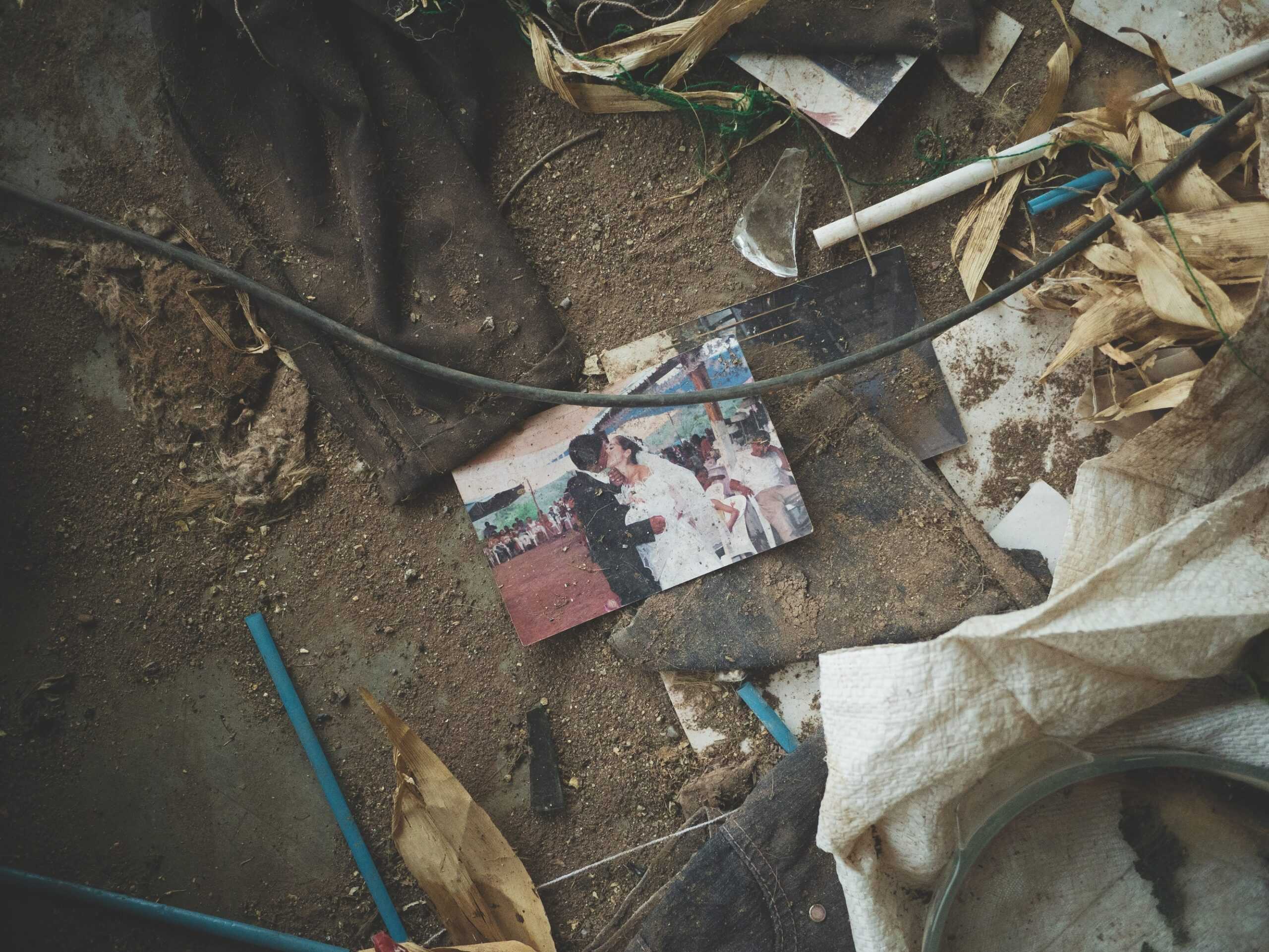 GUP Magazine is media-partnering with Belfast Photo Festival this year. For the occasion, to underline our mutual interest in addressing global issues by way of photography and to make these works available to a wider audience, we have been given the opportunity to select and highlight a few submissions to the Open Call of the Belfast Photo Festival (now closed) from an already incredible longlist. We will feature these selected artists throughout the month of June.

In his reportage project ‘Forgotten Guerrero’, Milan-based photographer Alfredo Bosco (b. 1987, Italy) concentrates on the social and political climate of Guerrero, Mexico – a state, responsible for the largest production and export of heroin in the country. The state is ruled by criminal organizations and drug cartels who constantly fight for power over the heroin supply chain, particularly, the product’s distribution to the USA. The state has a significant influence on the country’s drug war, forming a hostile environment full of terror and violence for its inhabitants.

In this GUP Magazine interview, Bosco shares his experiences when facing the complex reality of Guerrero. 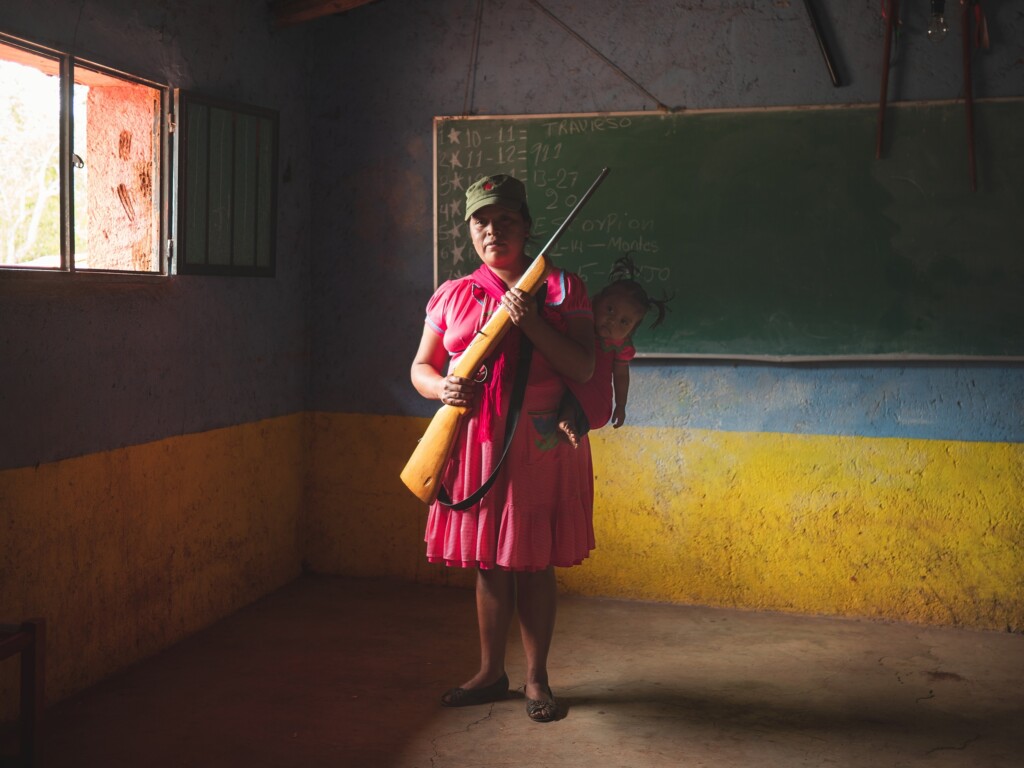 You have covered various conflicts, ranging from criminality and everyday life in Caracas, Venezuela, Kyrgyzstan’s heroin racket to civil war in Donbas, Ukraine. And now, you focus on the drug war in Guerrero, Mexico. Were you assigned for all these journeys?

Not all projects I made were based on assignments, no. Most of the time, I have an assignment on an issue of these places, and when I find that there’s a larger story to bring home, I can continue on my own to work on self-assigned documentation.

The case of Guerrero fits perfectly into the scheme of what I have been doing in the past seven years. The first journey was an assignment for the French magazine L’Obs, with the journalist Pierre Sautreuil. But I’ve also been there another three times without assignments, be it that I sold the work all these times to third parties. Also, around the time when the story was almost completed, I found a few more topics that made me want to go back – based on another assignment I got through Le Figaro Magazine (with the journalist Vincent Jolly). Sometimes it is hard to continue a story that way, but I think that this is the beauty of the process: to also have the possibility to share your work without the influence of an assignment. 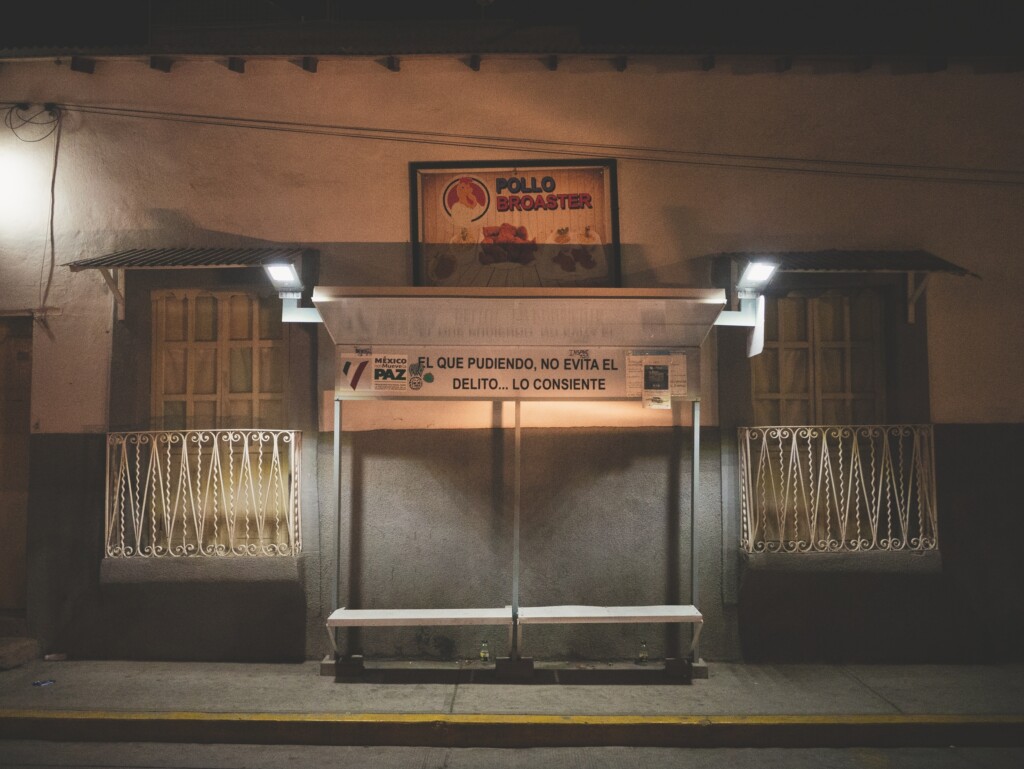 Could you please give a brief context of what exactly is happening in Guerrero?

In the state of Guerrero, there is a war, which is not recognized as a news story – despite the devastating numbers of deaths in recent years.

Guerrero is the main producer of opium poppies in the country. In Amapola, the territory is contested by various criminal groups (about thirty), supported by dangerous cartels such as Sinaloa and Familia Michoacan. The consequences are disastrous, and both the number of victims and missing persons is enormous. Not to mention the many villages that have become ghost towns because people left their homeland in order to flee internal wars between criminal groups.

Authorities have released the first official tally of all historical reports of disappearances: 61,637 people whose whereabouts are still unknown. Acapulco alone has a rate of 106.63 murders per 100,000 inhabitants, numbers from conflicting countries… 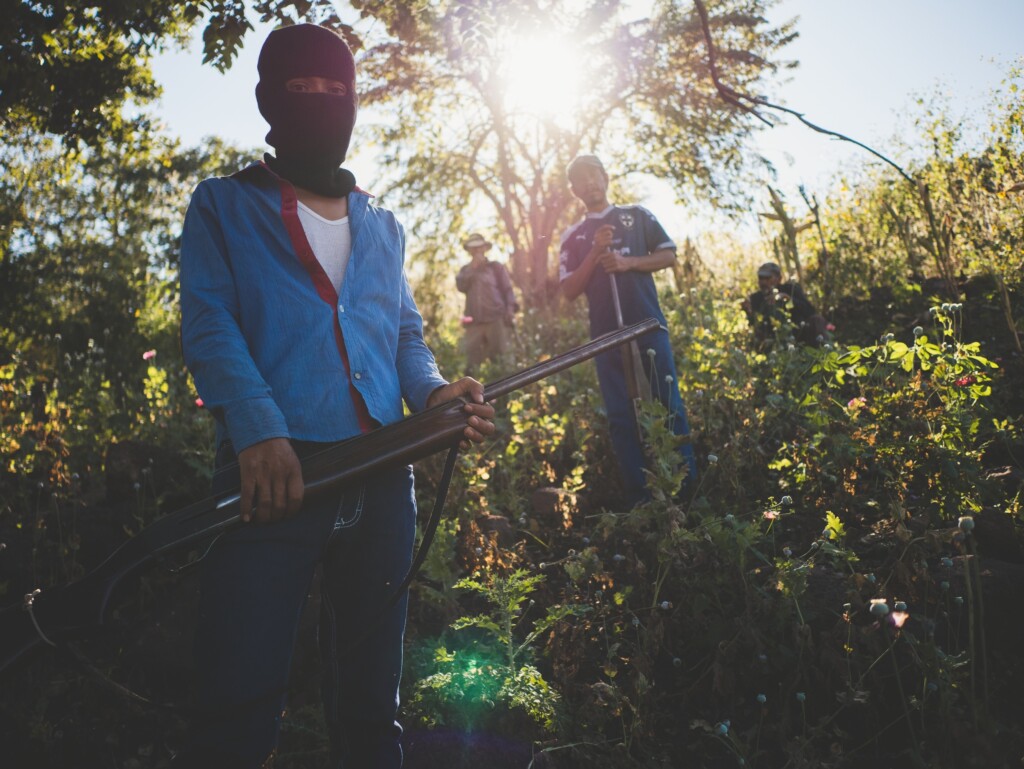 How did you gain access to document the Guerrero communities? Did you have a fixer there?

I worked with two talented journalists who helped me as fixers: Vania Pigeonutt and Clément Detry. With their long experience in Guerrero, I had the possibility to be introduced to the communities I was interested in. Most of the communities are not open to receive reporters because they are scared and I can understand that, so it’s important to communicate with them before coming to see them, to explain well my goals and intentions.

One of the communities that I have followed the most is the one in Rincon de Chautla. I have been with them at least five times and each time, to reach them, you must plan well in advance what to do – as the territory is occupied by a criminal group (Los Ardillos) that, since 2019, has been attacking the community that opposes their pressure. I focused a lot on the village of Rincon de Chautla and the village community police in Ayahualtempa. They started to recruit women and children for armed defence training.

In order to work in such conditions, the role of the fixer is fundamental. It’s better to plan together with them what to do rather than to just go there and see what is going to happen. I am myself coming from an area infested with Mafia, so I already learned years ago to never underestimate the place where you are, especially where criminality is lurking behind every corner.

“Is it necessary to photograph that victim’s body? What message does it convey?” 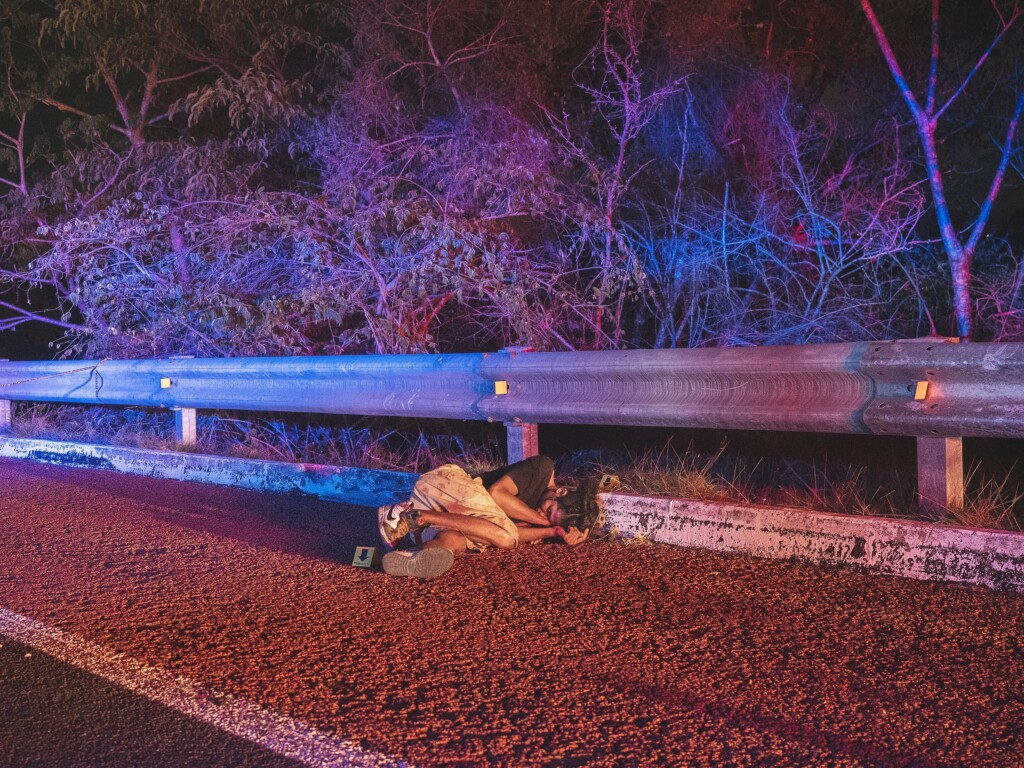 Some of your photographs capture intense and graphic scenes, such as dead or mutilated bodies. How do you manage to emotionally shield yourself when witnessing such scenarios? Also, were there any occasions when you hesitated to photograph to not undermine your safety?

There are many times when I was hesitant to photograph, but I believe it is my job to always evaluate the necessity of sharing such a moment to capture what is really happening there.

Is it necessary to photograph that victim’s body? What message does it convey? Are you just showing yourself that you are in hell and it’s for your ego or are you really unearthing a story that you think is important for others to see?

Violence must be shown, unfortunately. Violence is an integral part of the world. From history, we already know that the thirst for power, cultural differences, man’s selfishness towards his peers or nature, triggered and will trigger various forms of violence. I learned this in 2010, when documenting the Haiti earthquake and then the war in the Donbas region. Obviously, we must always respect the victim and understand that certain images, due to their graphic nature, do not find space in the publishing industry.

“Violence must be shown, unfortunately.” 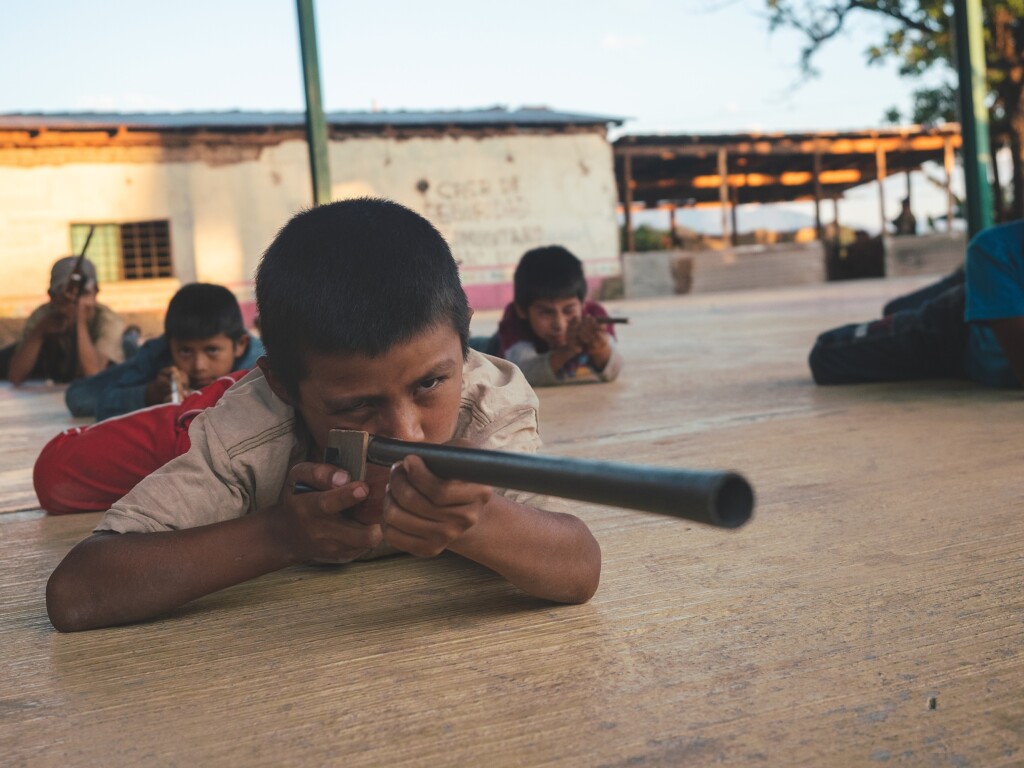 What would you say are the decisive factors for you to press the shutter?

I have no factors, but for sure I need to take photographs only after long dialogues with the people I have in front of me, discussions with my fixer and understanding what the message is to bring back from there.

Only when the subjects start to feel comfortable with me, it is the right moment to photograph. Ironically most of the works I do, especially Guerrero they start with phrases like: “No, you cannot take pictures.” That is why I need to create a bridge to obtain be able to take first, pictures from behind or of particular details and then, finally portraits and daily life. This is the time when I start to photograph a lot as I know I won’t get a second chance at this.

For me, it doesn’t depend on the light, the atmosphere, or whatever, I like the idea to continue, as many reporters before me, the method of “participant observation”. I let the kids play with me, start to talk about food, smoke cigarettes with the members of the community police, etc., and only after I start to document. Before, I prefer to take the position of a Southern Italian who just visits them.

It’s intrusive work and we should remember at all times that it is our responsibility to think of the consequences of having subjects involved in criminal acts in your projects. Especially, when they are becoming (widely) published.

“Only when the subjects start to feel comfortable with me, it is the right moment to photograph.” 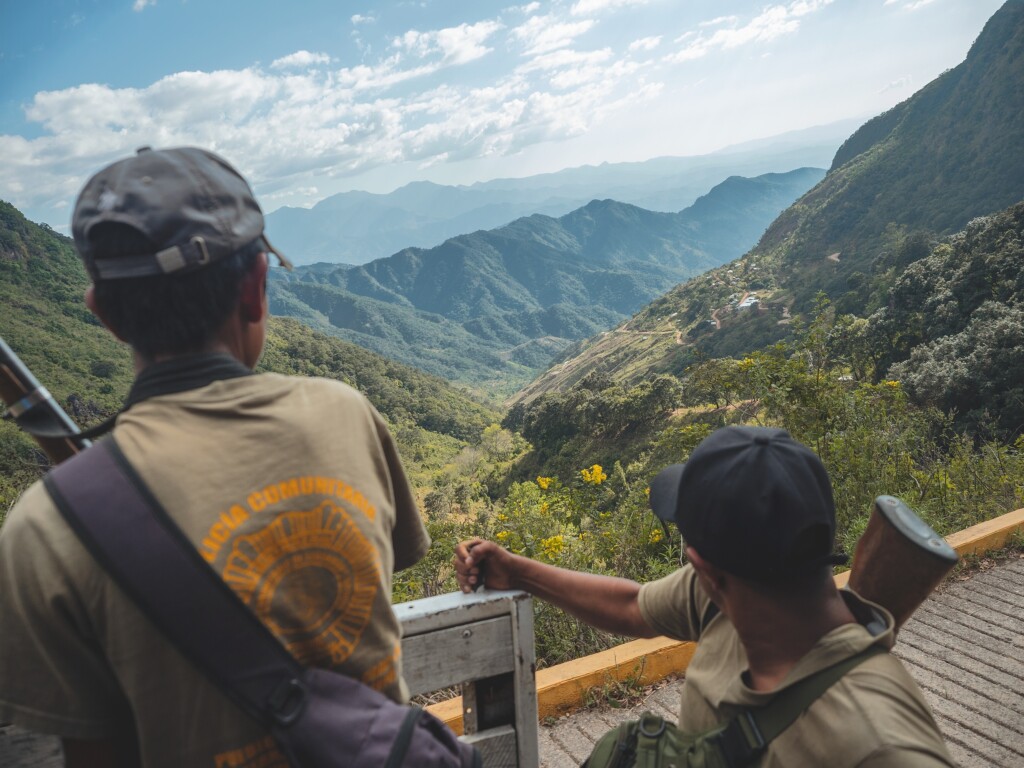 What do you hope to achieve with ‘Forgotten Guerrero’ and has your idea of the place changed after you visited it personally?

My aim to spread the story of this place as much as possible. I titled the project “Forgotten Guerrero” because I noticed that, despite the brutal history of today, most of the media coverage comes from the North of Mexico. I hope more and more colleagues and journalists could cover other stories from the South as well. Perhaps, if there’s a flashlight shining on the state, there’s going to be a decrease in the violence since criminality is stronger in shadow and not when actions become visible and documented.

NGOs, charities and non-profit associations are working hard while they could be targeted by the criminal groups and cartels. As a reporter, I can share the story and get international attention to what is happening there.

Launched in 2011, Belfast Photo Festival is by now one of the leading International Festivals of photography in the United Kingdom. The festival aims to instil and inspire public enjoyment and participation by addressing global issues and by utilising the most accessible artistic medium and bringing it to new audiences in cool and unusual ways. The Belfast Photo Festival consists of exhibitions, talks, symposiums, workshops, screenings, masterclasses, portfolio reviews and tours. Belfast/various locations, 3 – 30 June 2021.