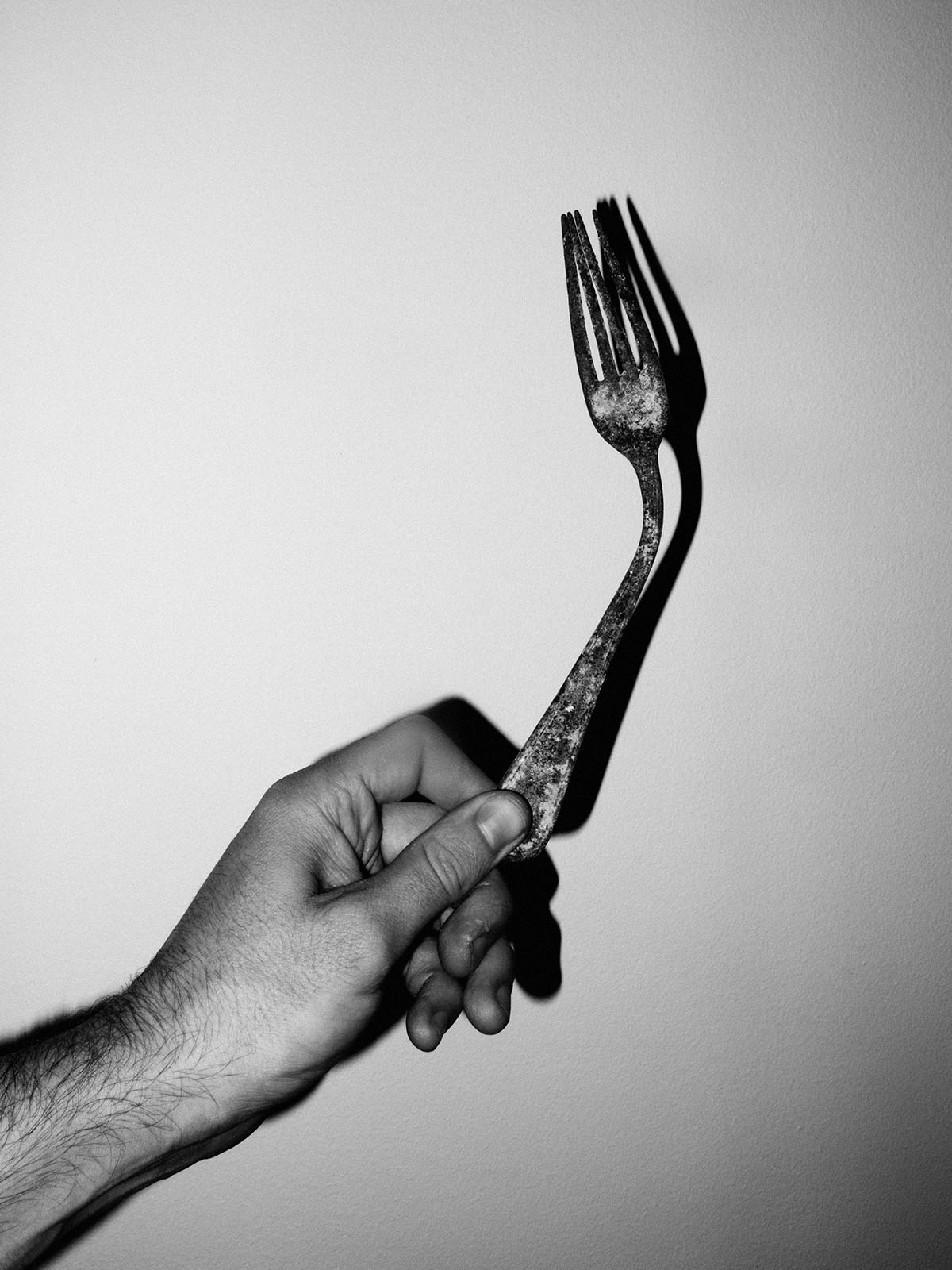 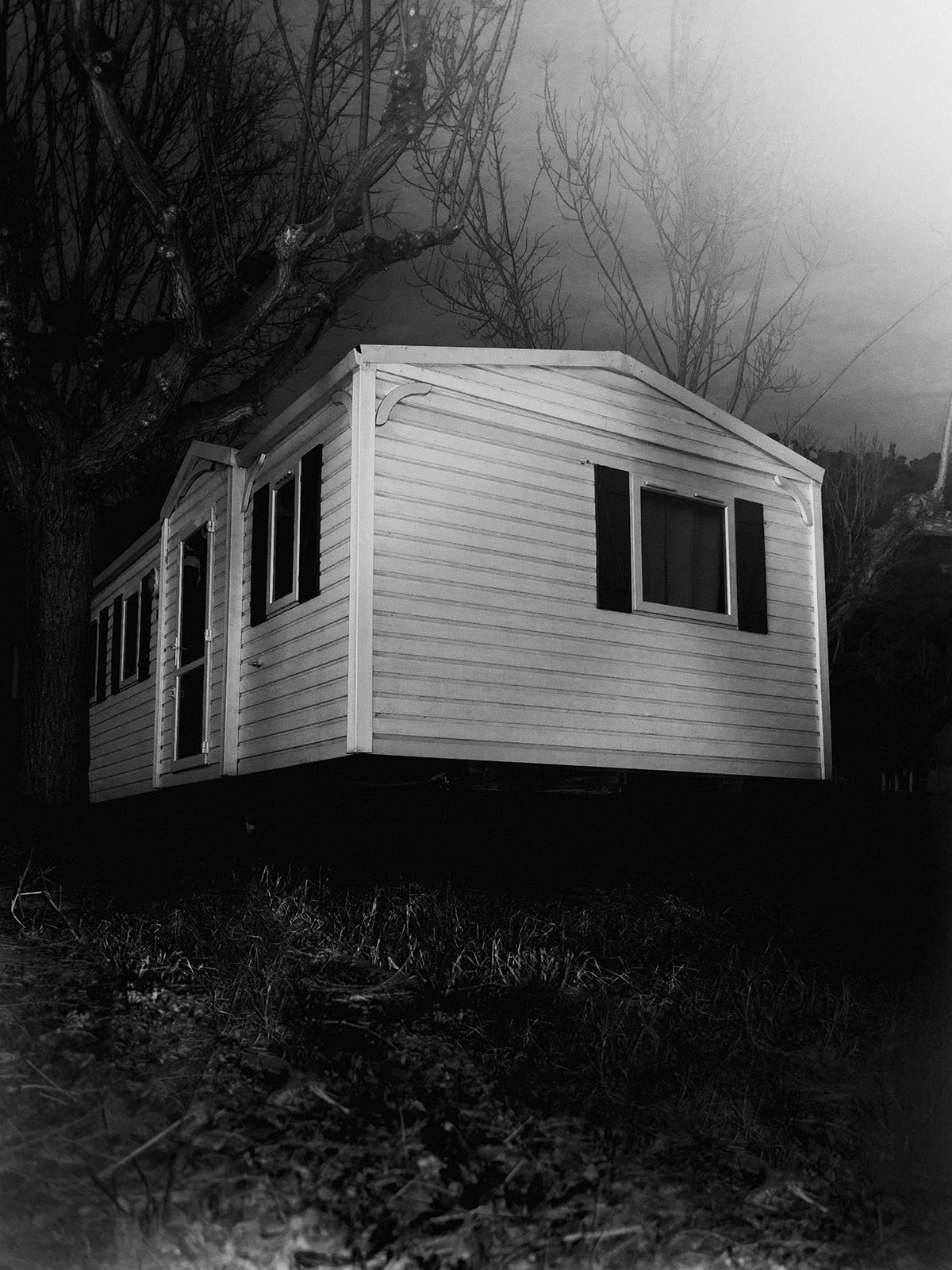 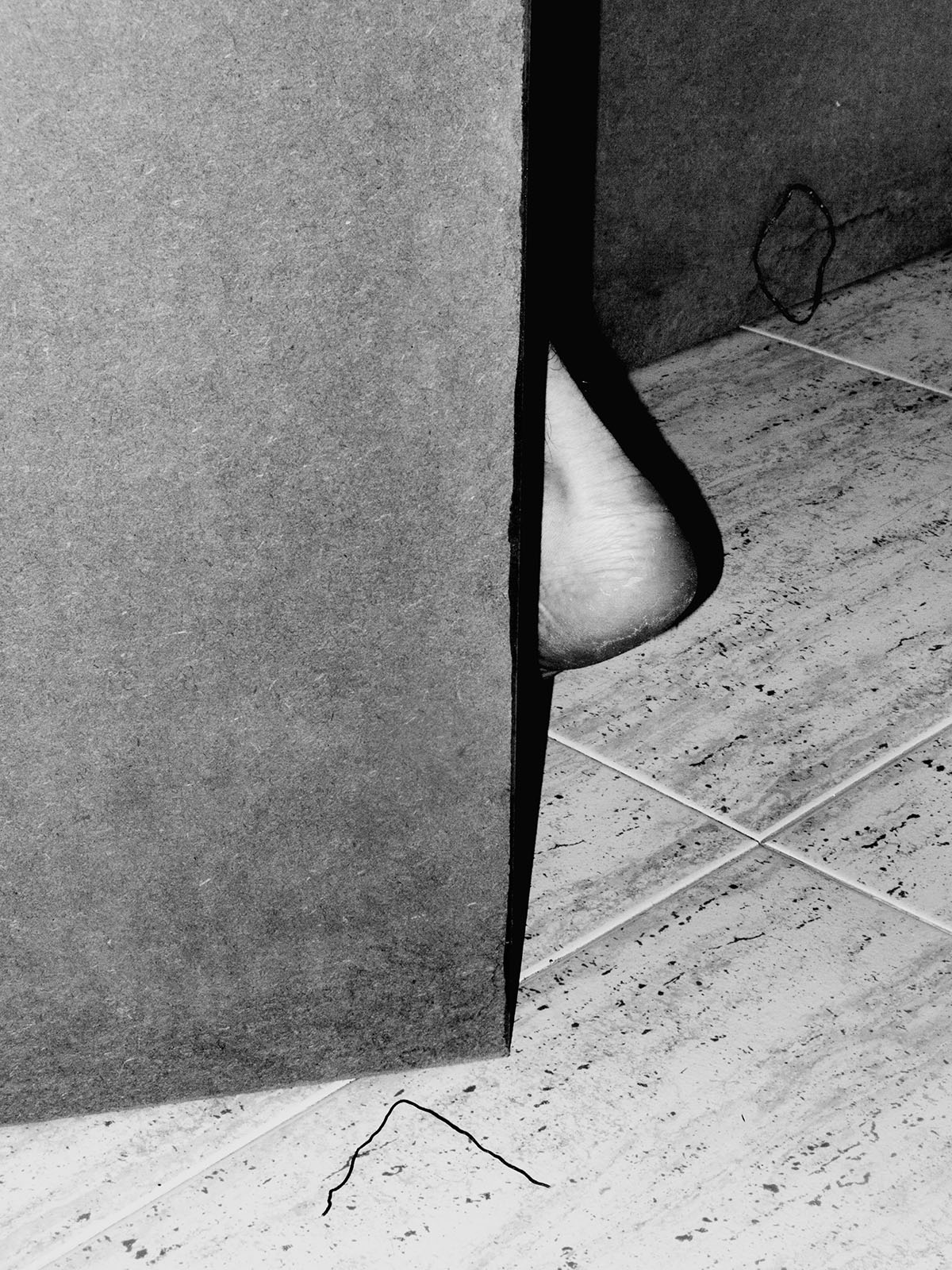 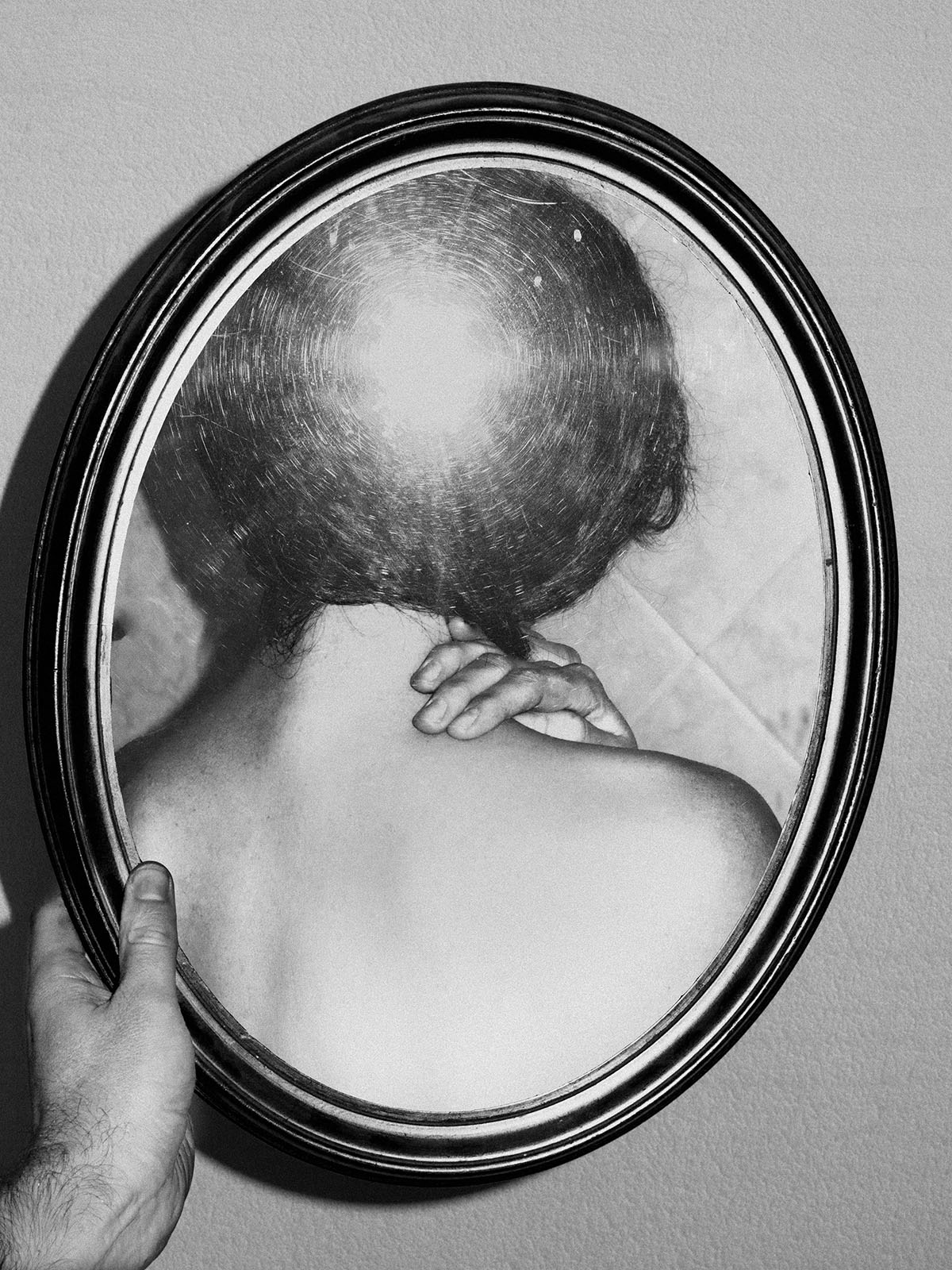 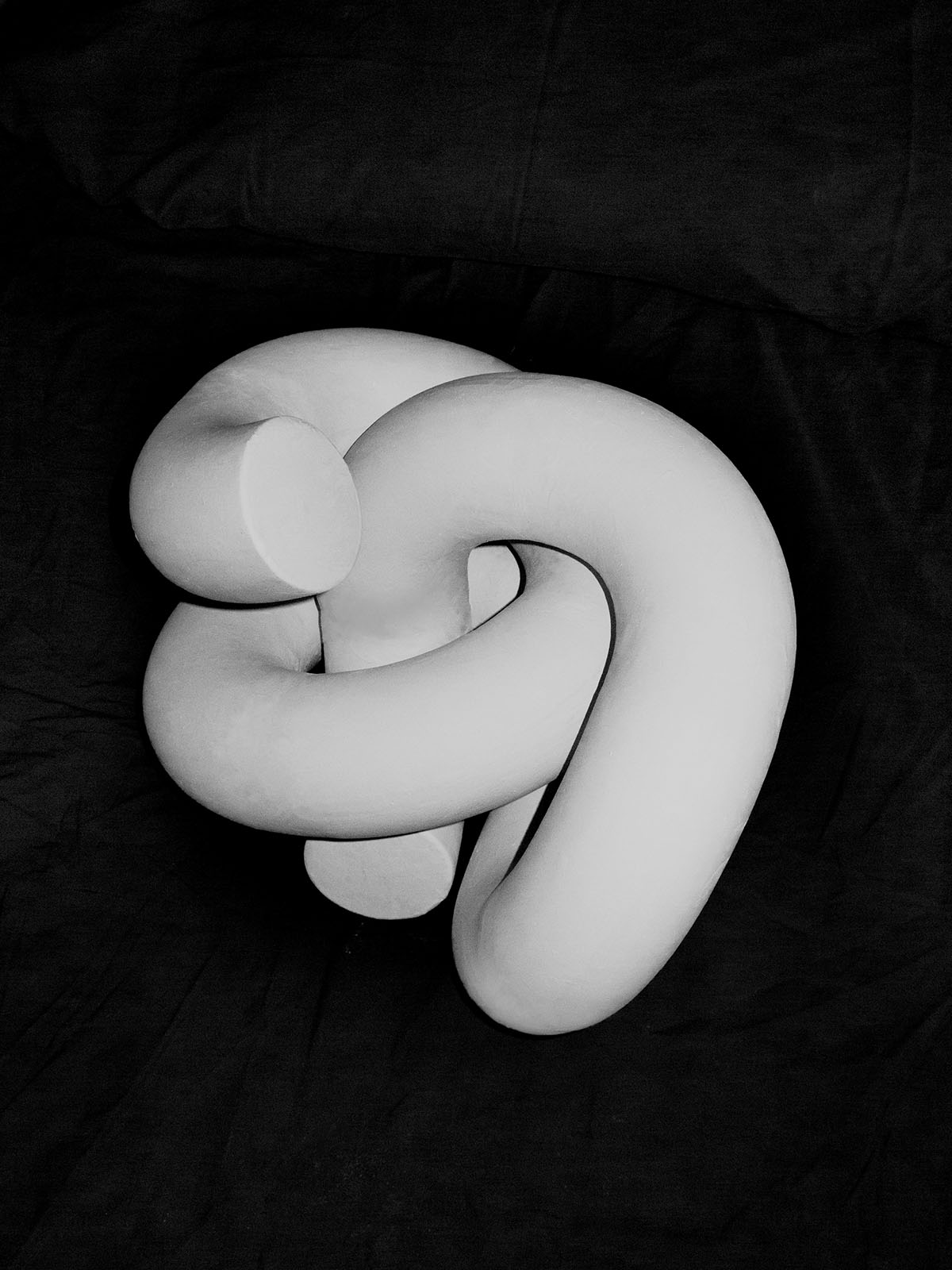 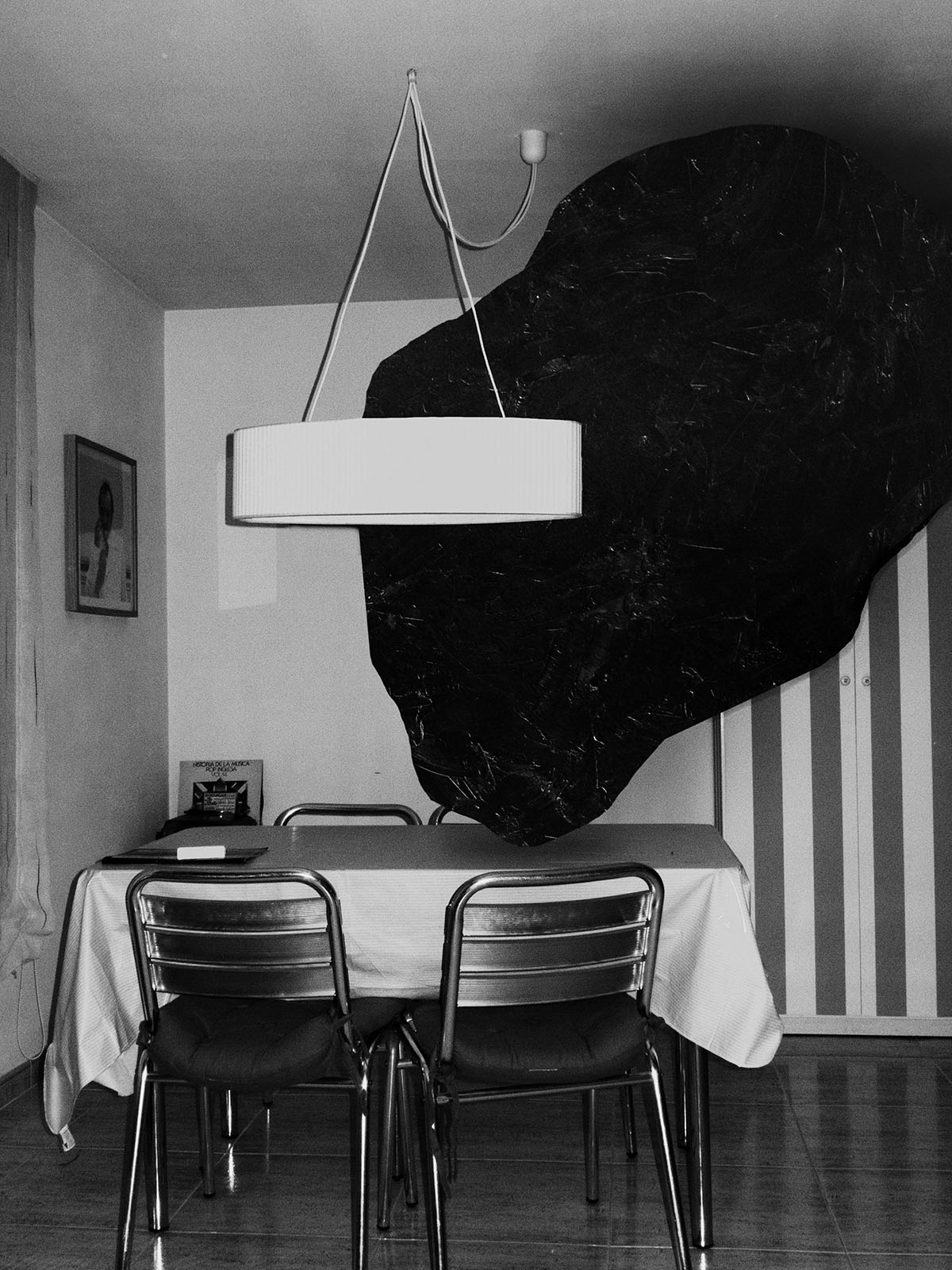 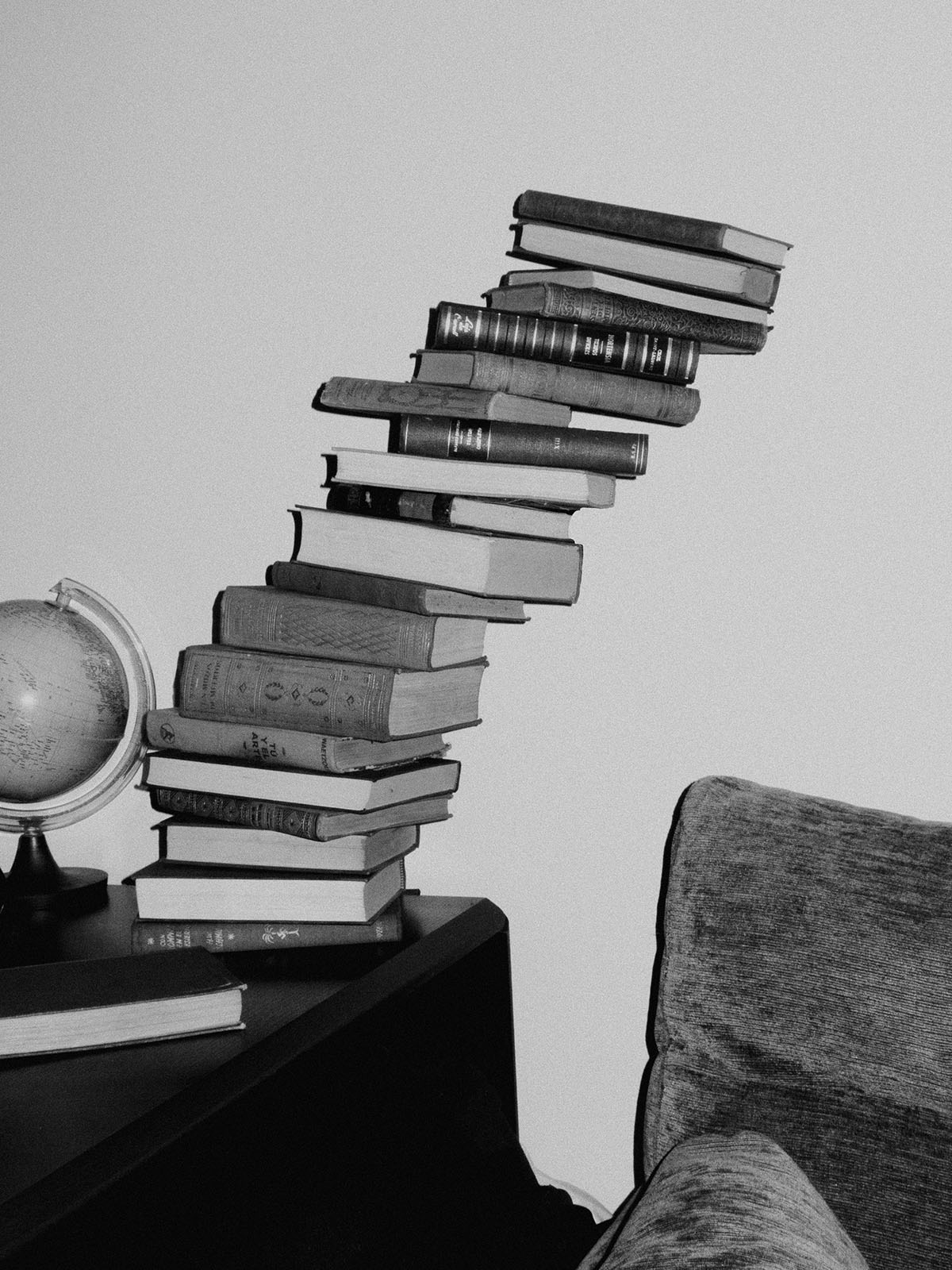 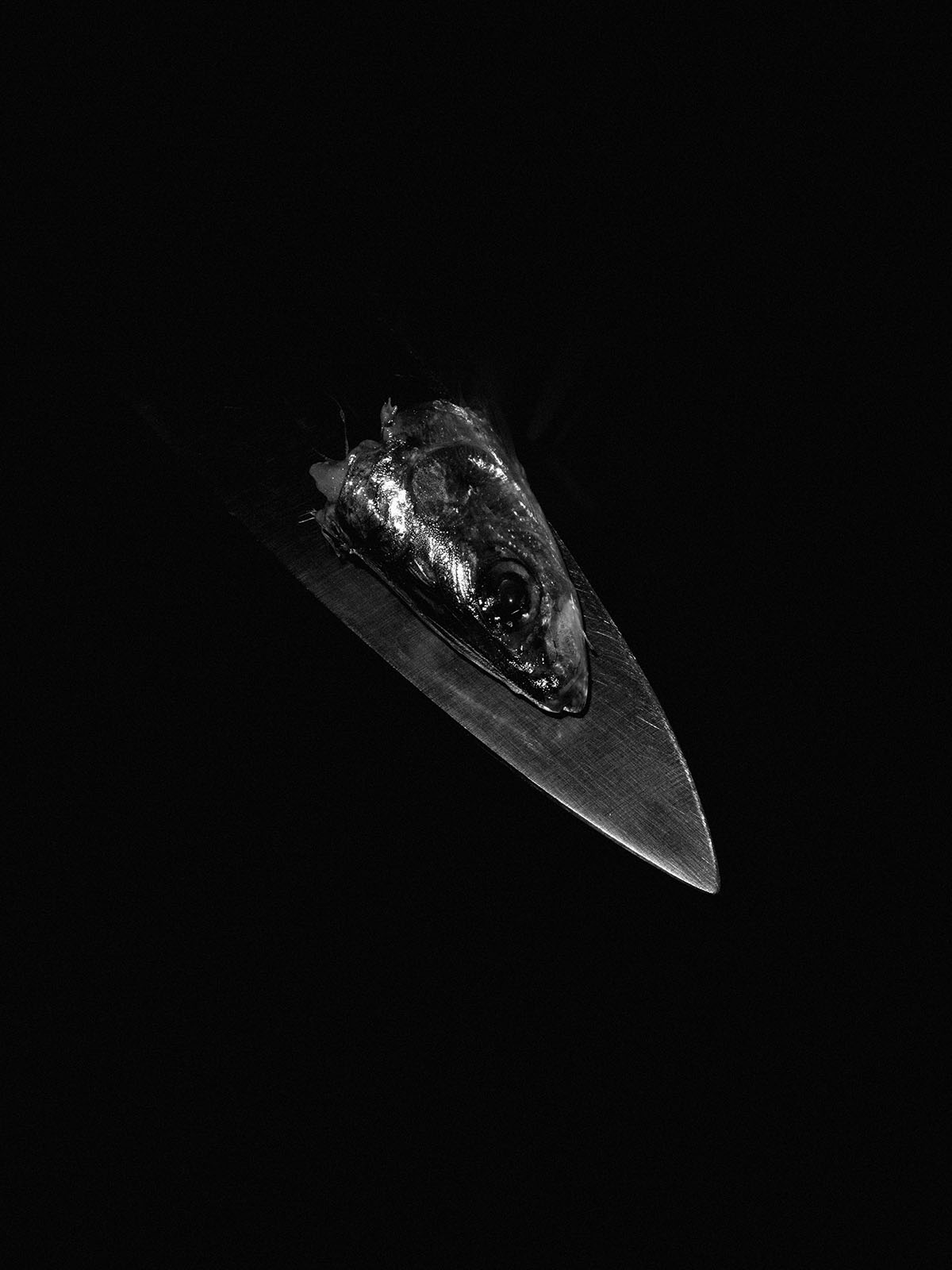 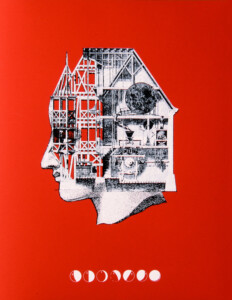 With ‘Dream Moons’, Yurian Quintanas Nobel gives a sneak-peak into the confines of his home. Not in a mundane but in a rather uncanny and surreal manner. Nobel already began his project back in 2015 when he started to explore the diverse possibilities of photography. In Nobel’s world, everything is strange and unstable. 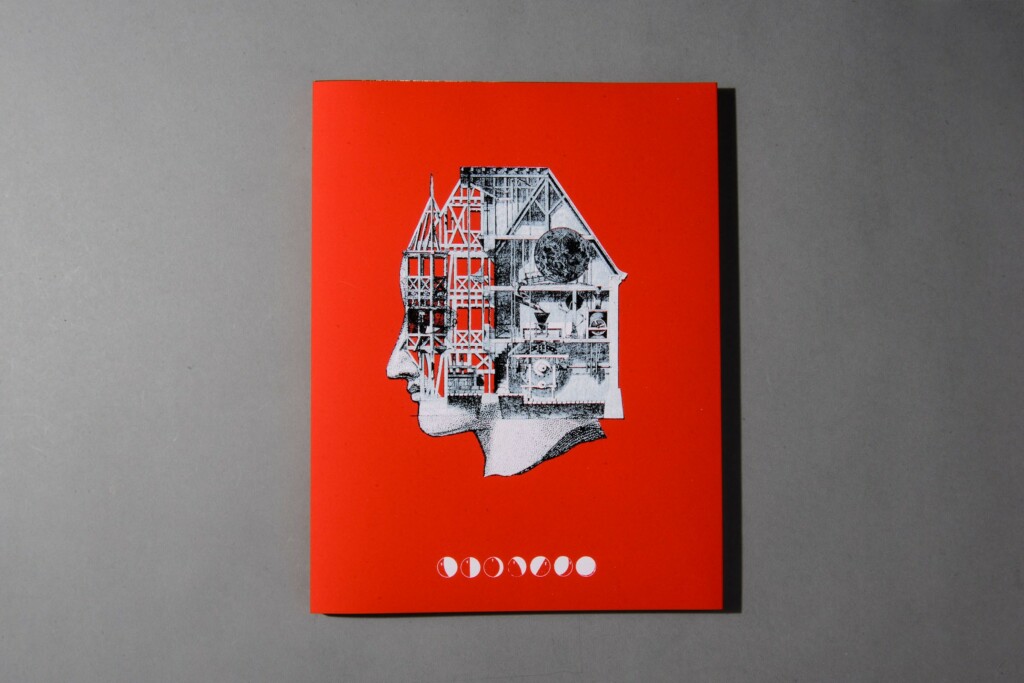 The book’s bright red cover presents an illustration: a side profile of a head that is mysteriously constructed as a house – a mental one. Surprisingly, ‘Dream Moons’ is entirely composed of black and white images. There is always something off with these photographs, as they seemingly defy the logics of gravity. Be it a levitating phone or dark splashes in the interior, Nobel’s clever play with light and shadow opens the door to a dream-like experience. As if we are witnessing a state when the body is asleep, but the mind is awake. 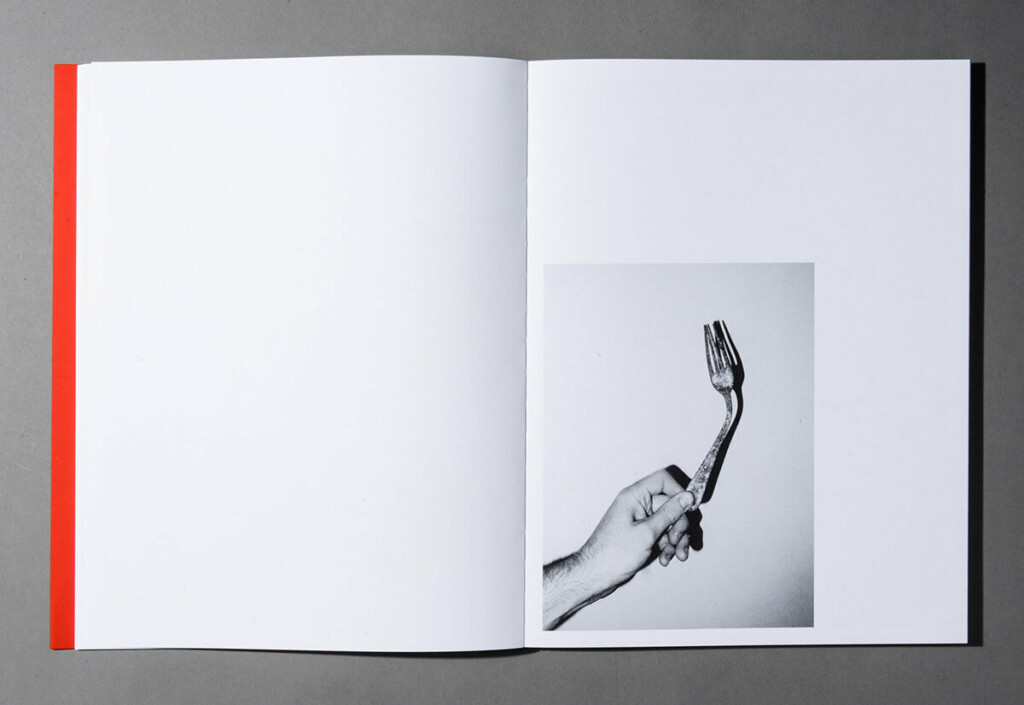 The moon’s position lies in between the sun and darkness, and it has been often associated with the human mind’s oscillation between the conscious and the unconscious – a symbolism also strongly felt from Nobel’s photographs.

In ‘Dream Moons’, Nobel manages to re-model something so solid as a house into a liquid entity while capturing the internal world in images. The book contains short fictional intercepts that Nobel wrote one day in the middle of the night – a poetic, yet fragmented story about a moon that enters the house of the protagonist and transforms everything around him and finally takes him with her to another world – as mirrored in Nobel’s Wonderland. 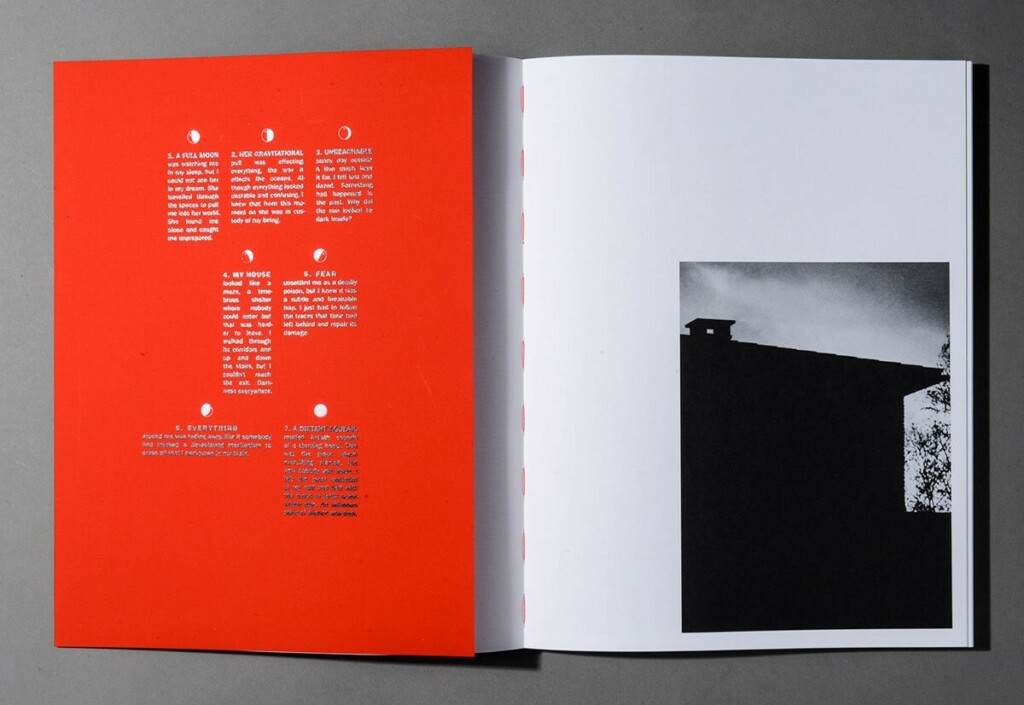 Nobel’s project begins to deeply resonate with the spirit of the time. “The Dream is the liberation of the spirit from the pressure of external nature, a detachment of the soul from the fetters of matter,” Sigmund Freud once noted in his Interpretation of Dreams (1899).  Now, in the context of collective confinement experiences due to the outbreak of COVID-19, it is time itself that allows for an imaginary escape route from the mundane domestic experience. Time, giving new and centrifugal energy to the creative mind.

Perhaps, indeed, being confined at home gives us a range of curious benefits. At some point in the 1650s, the French philosopher and mathematician Blaise Pascal jotted down one of the most counterintuitive aphorisms of all time: “The sole cause of man’s unhappiness is that he cannot stay quietly in his room.” Must we always go to new places in order to feel and discover fresh and worthwhile things? What if, in fact, there were already a treasury inside us?

Yurian Quintanas Nobel (b. 1983, the Netherlands) was born in Amsterdam and is currently based in Catalonia. In his work, he explores the limits of reality and fiction where the medium of photography becomes the means through which he approaches the hidden sides of things and the mysteries that surround him. In terms of his career, he has been selected as the winner of the SFR Jeunes Talents award at Paris Photo (2014), the Open Call award of the Encontros da Imagem (2015) in addition to being selected as the LensCulture Emerging Talent (2018).