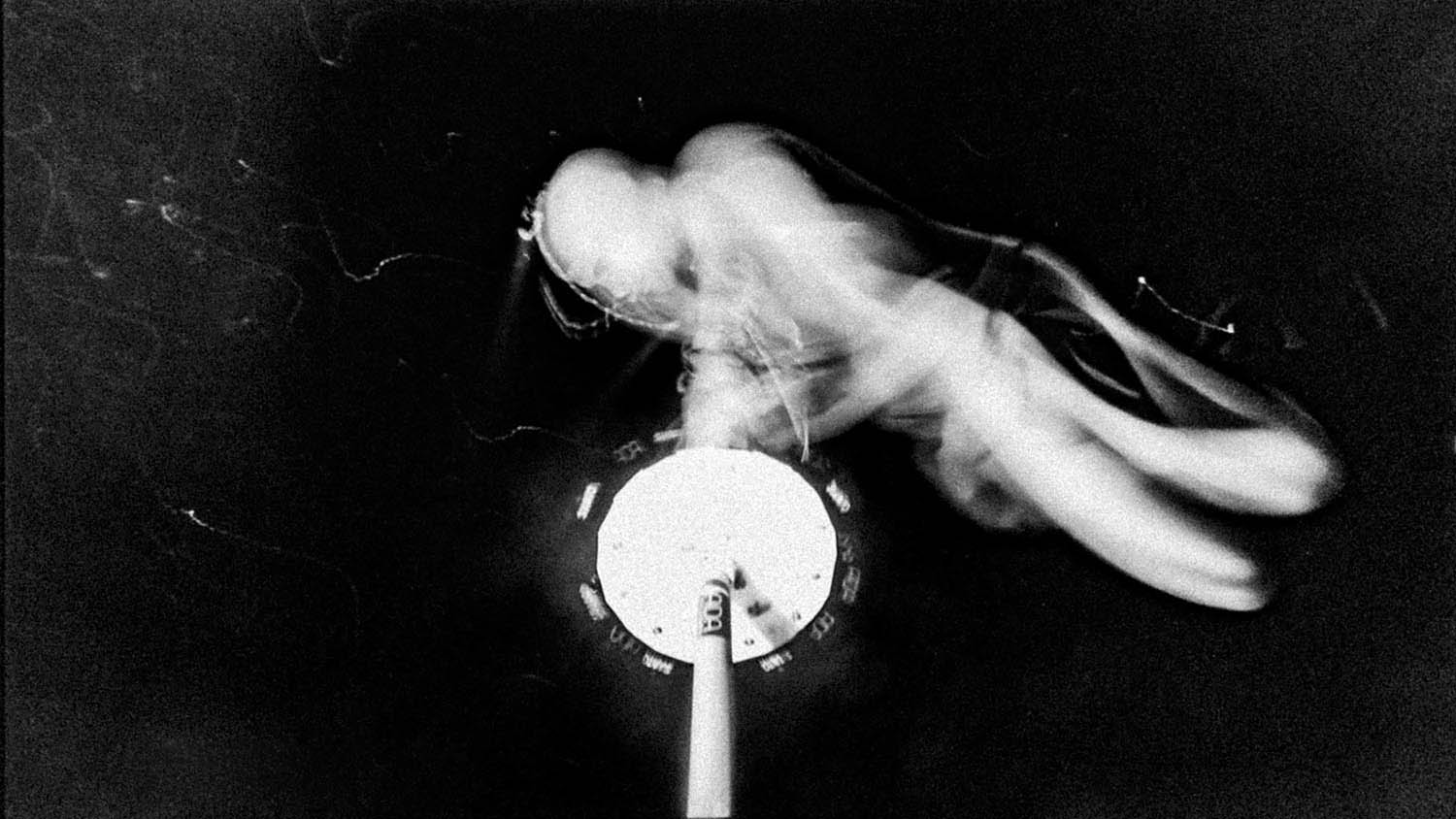 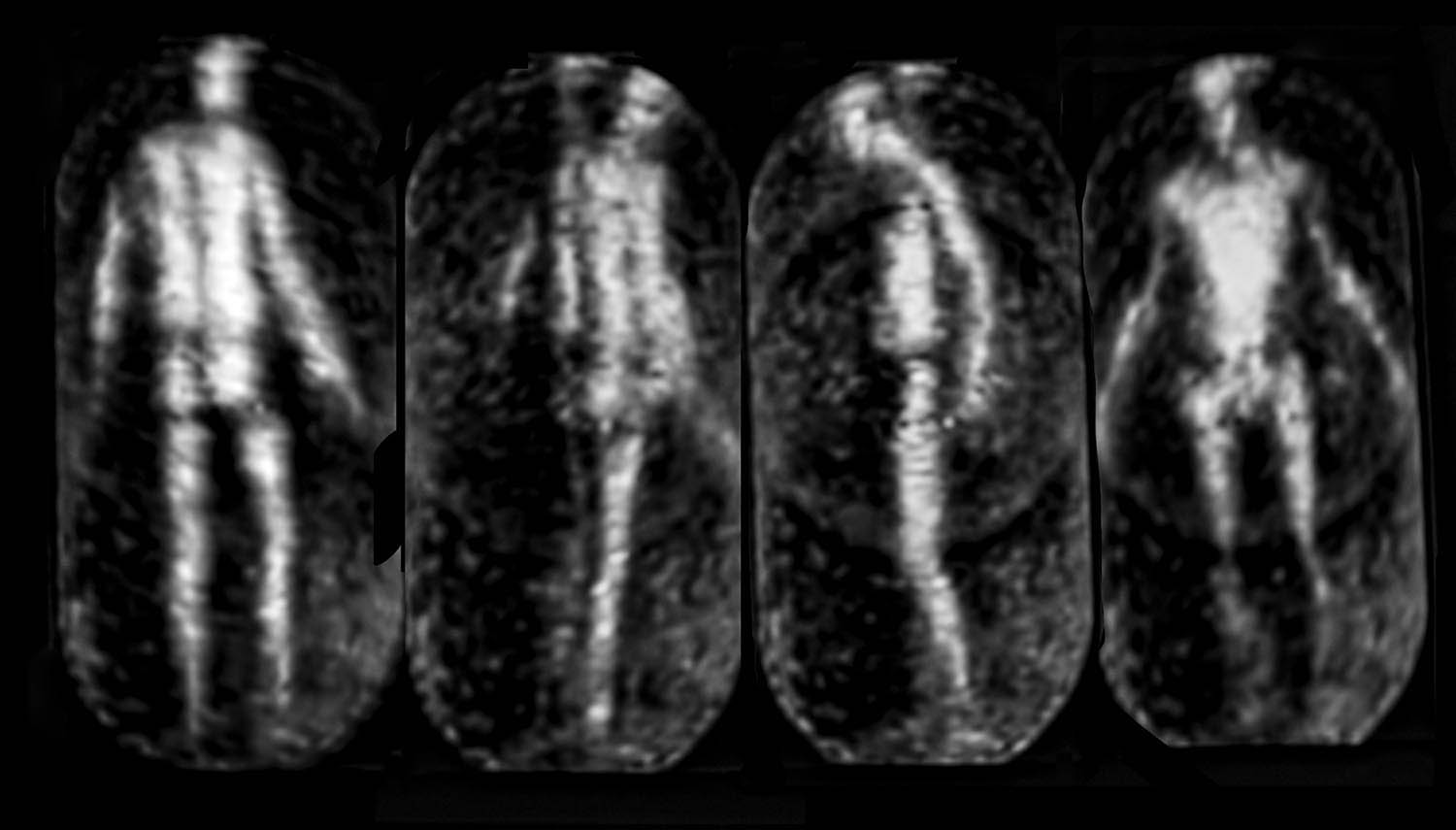 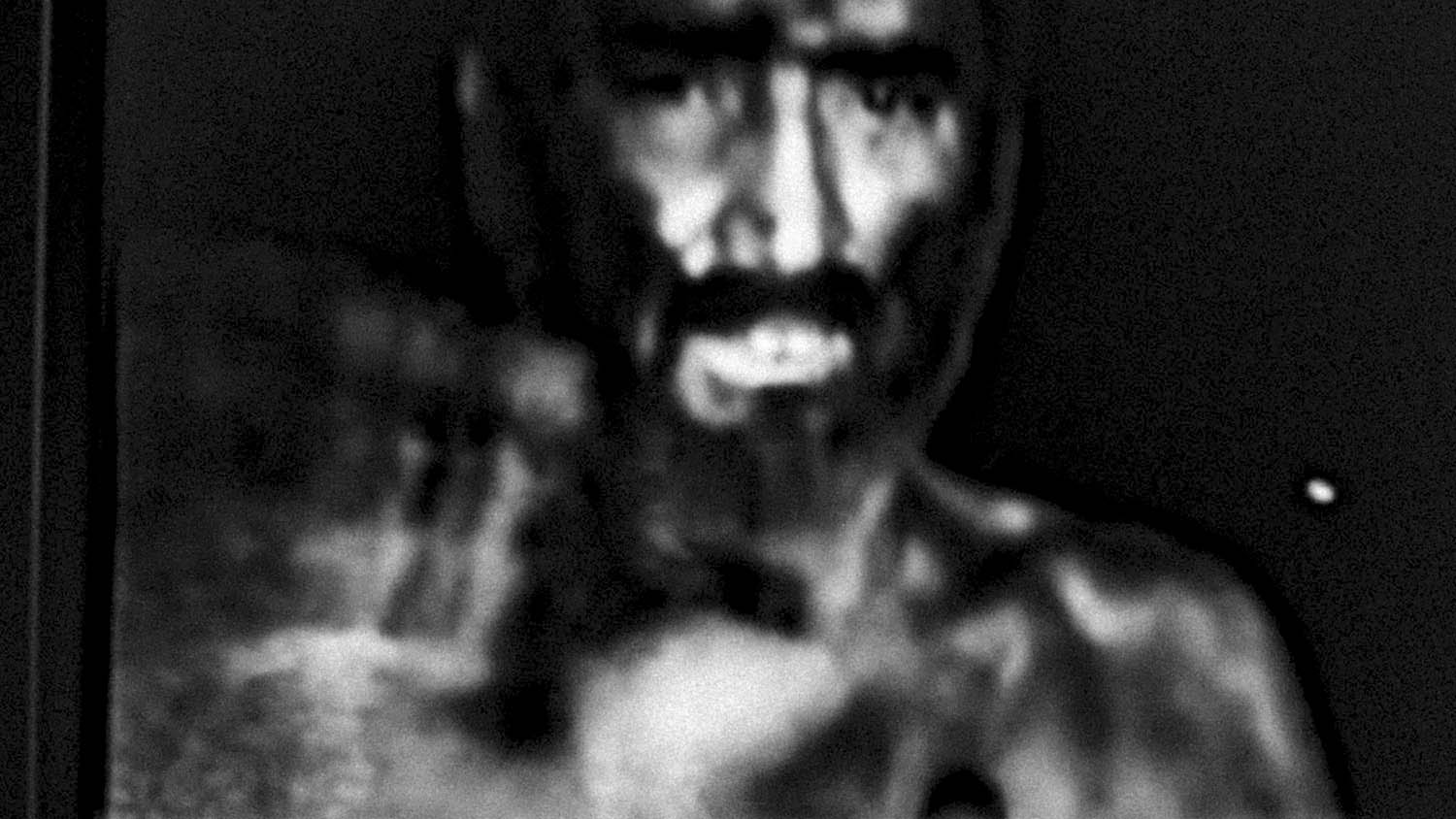 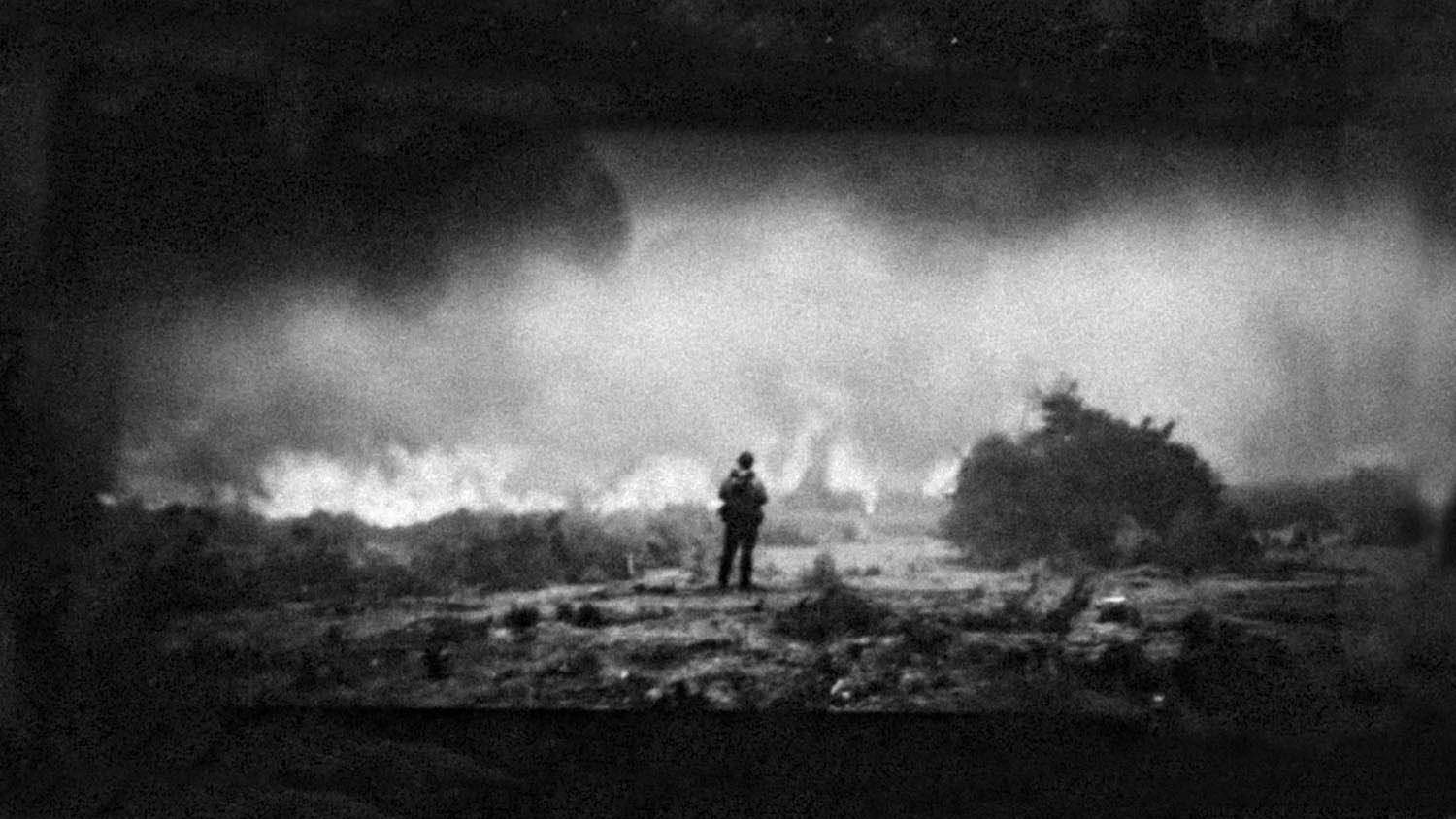 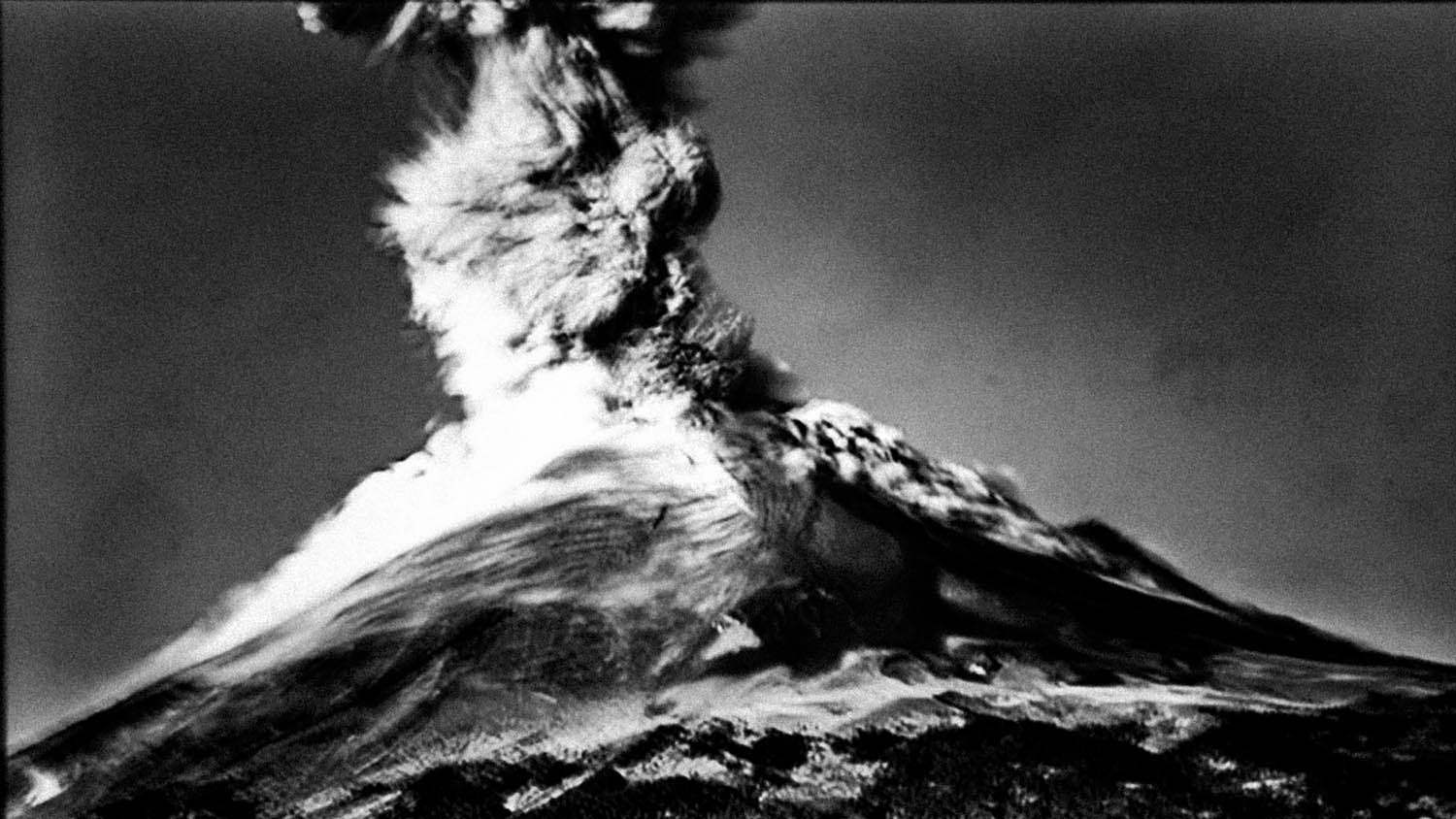 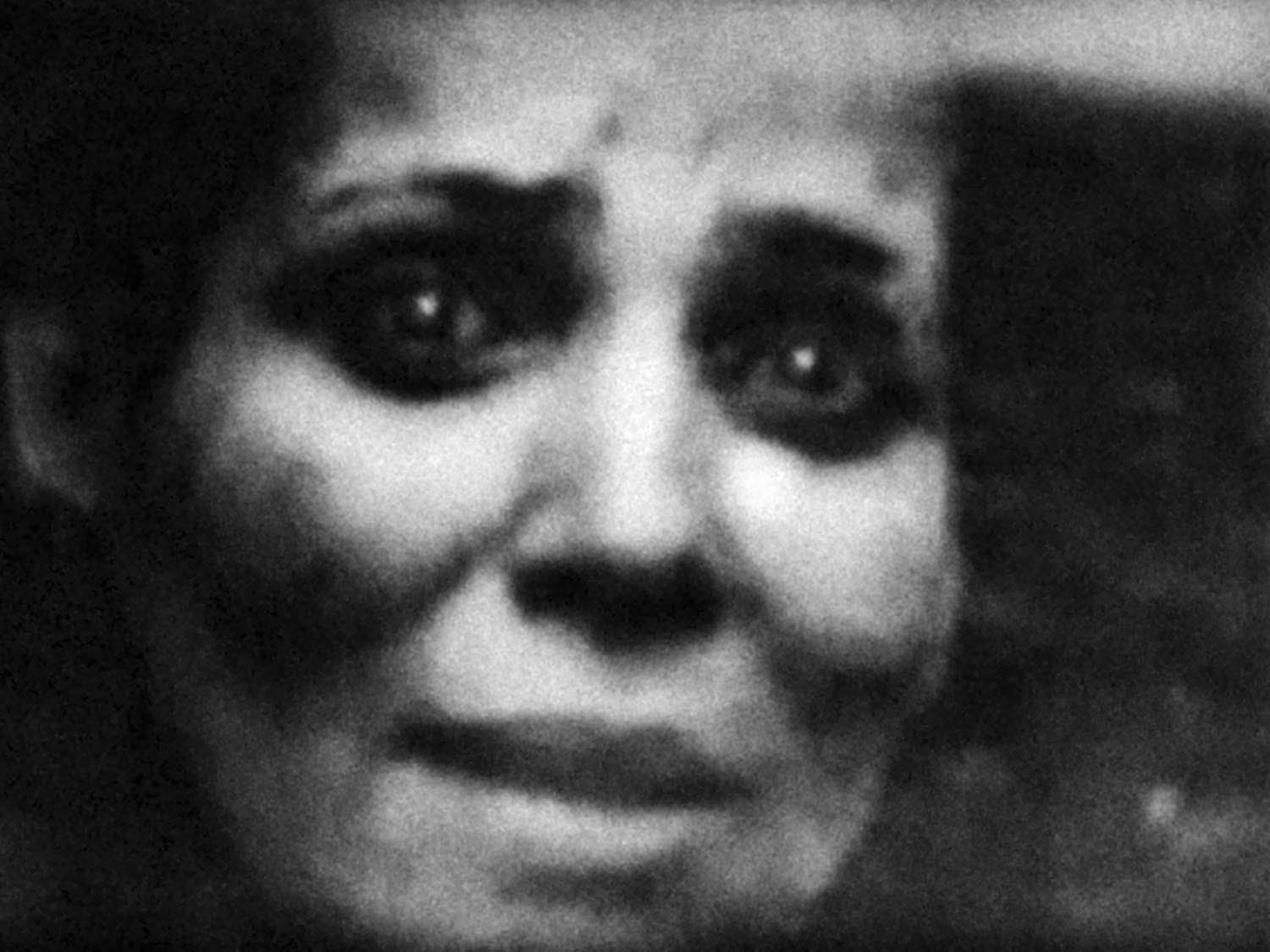 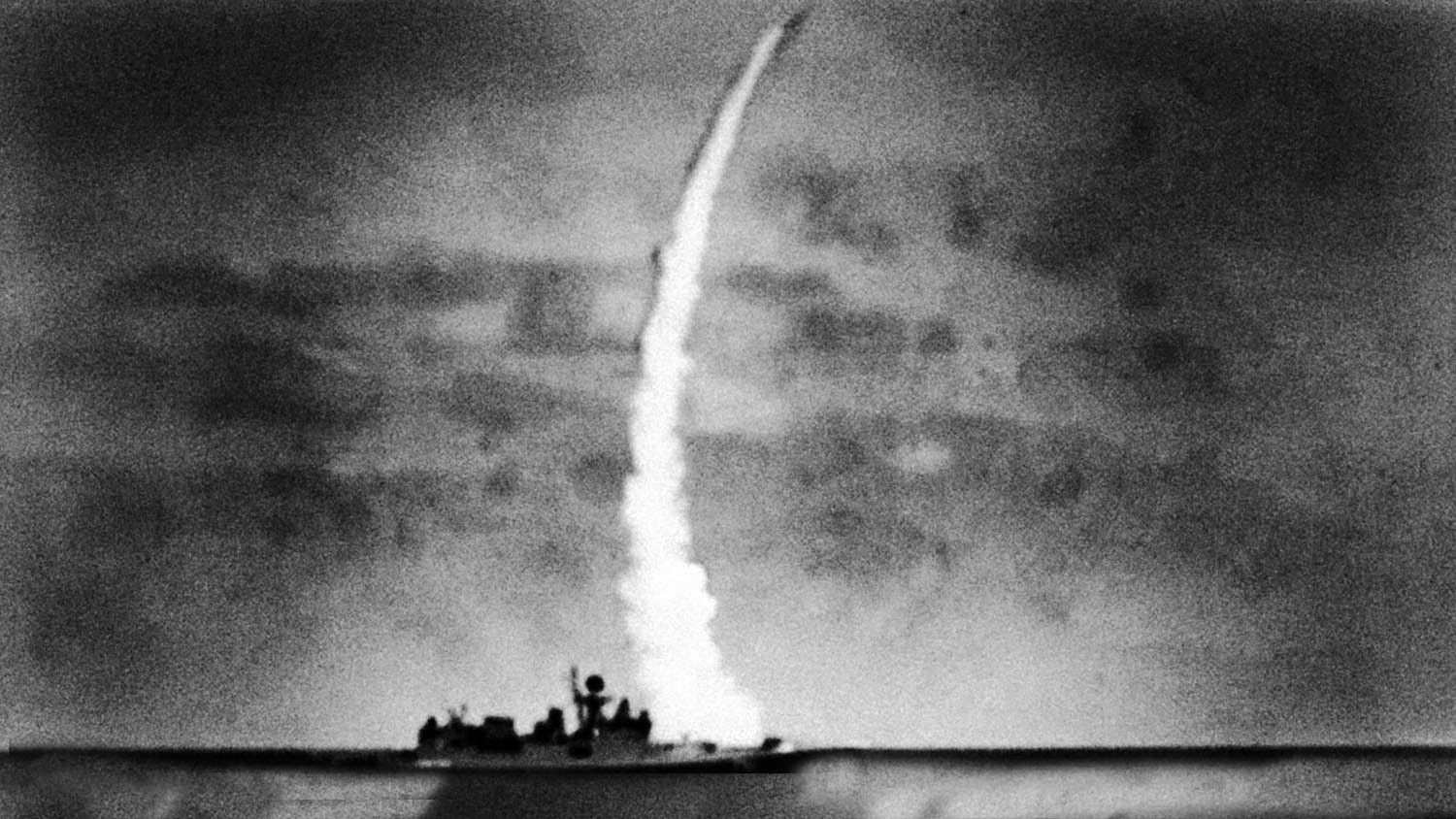 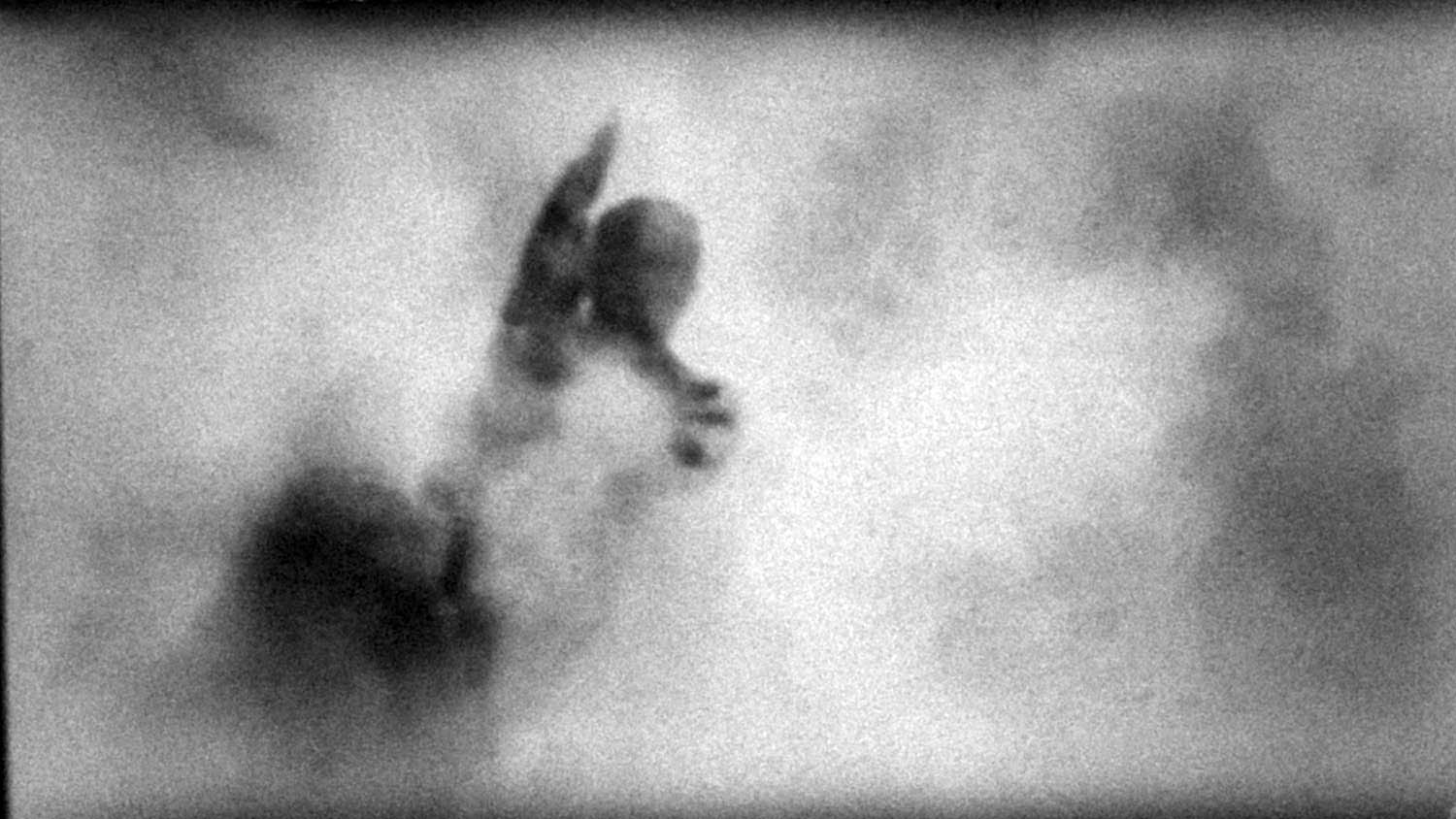 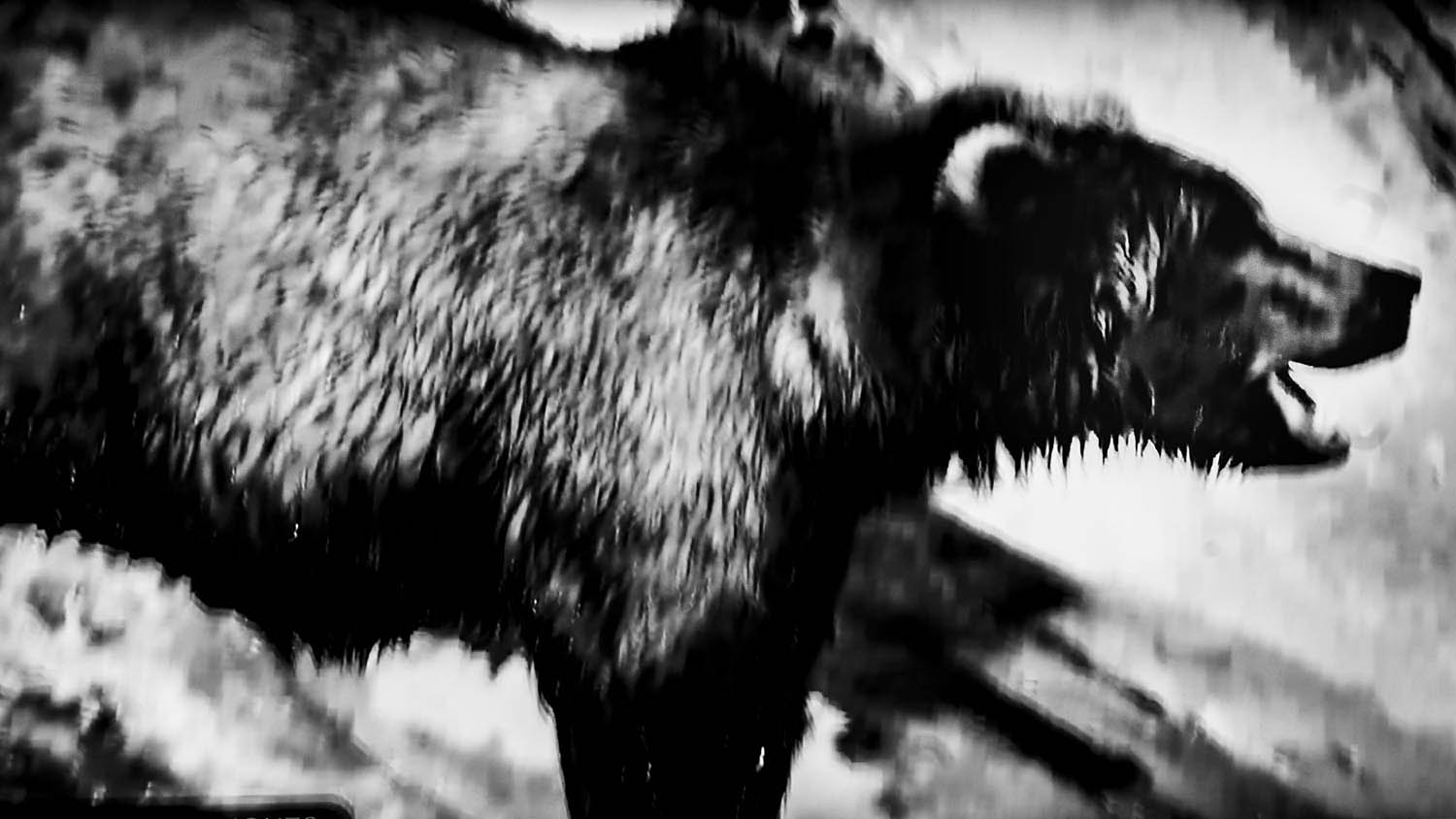 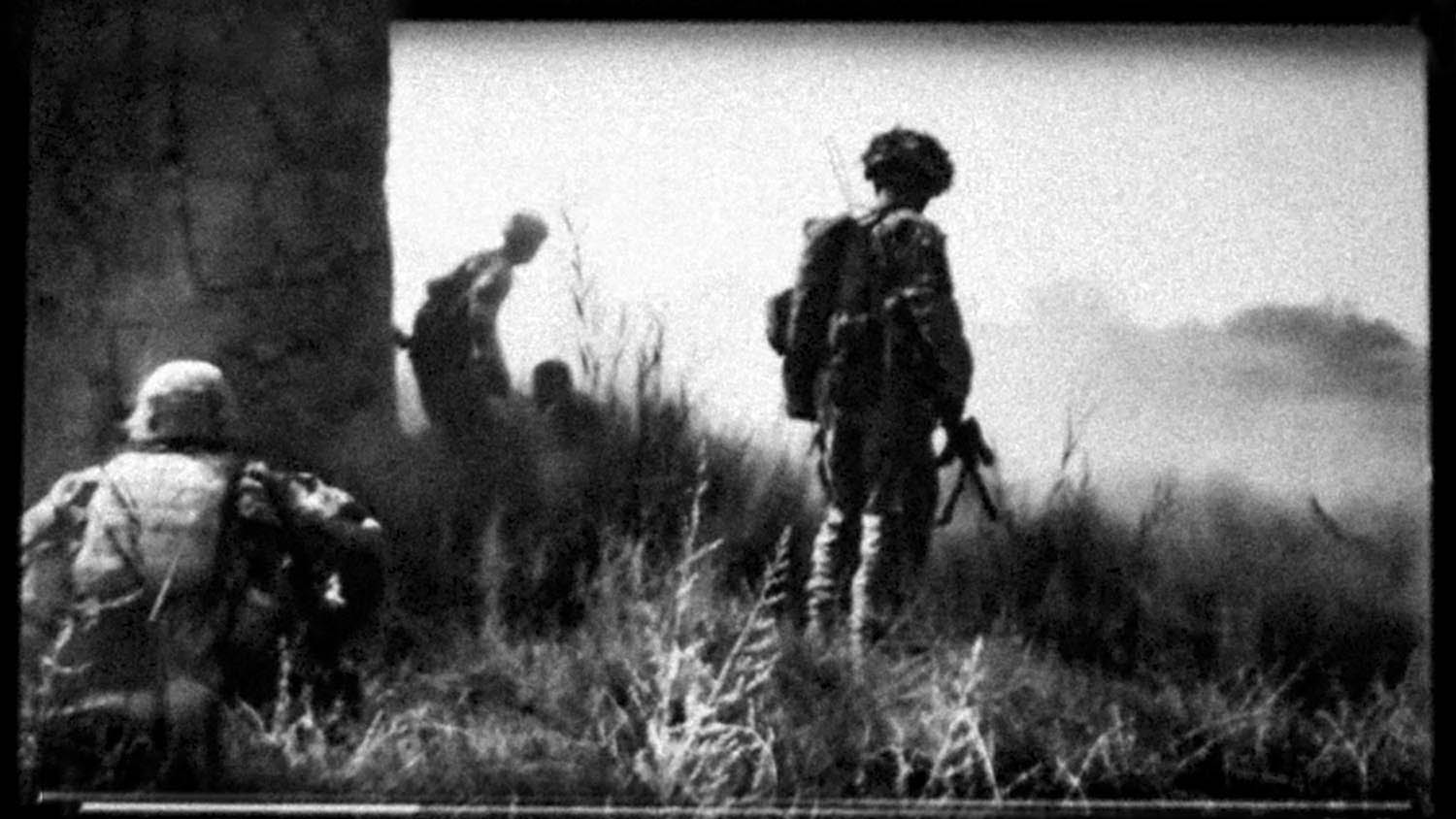 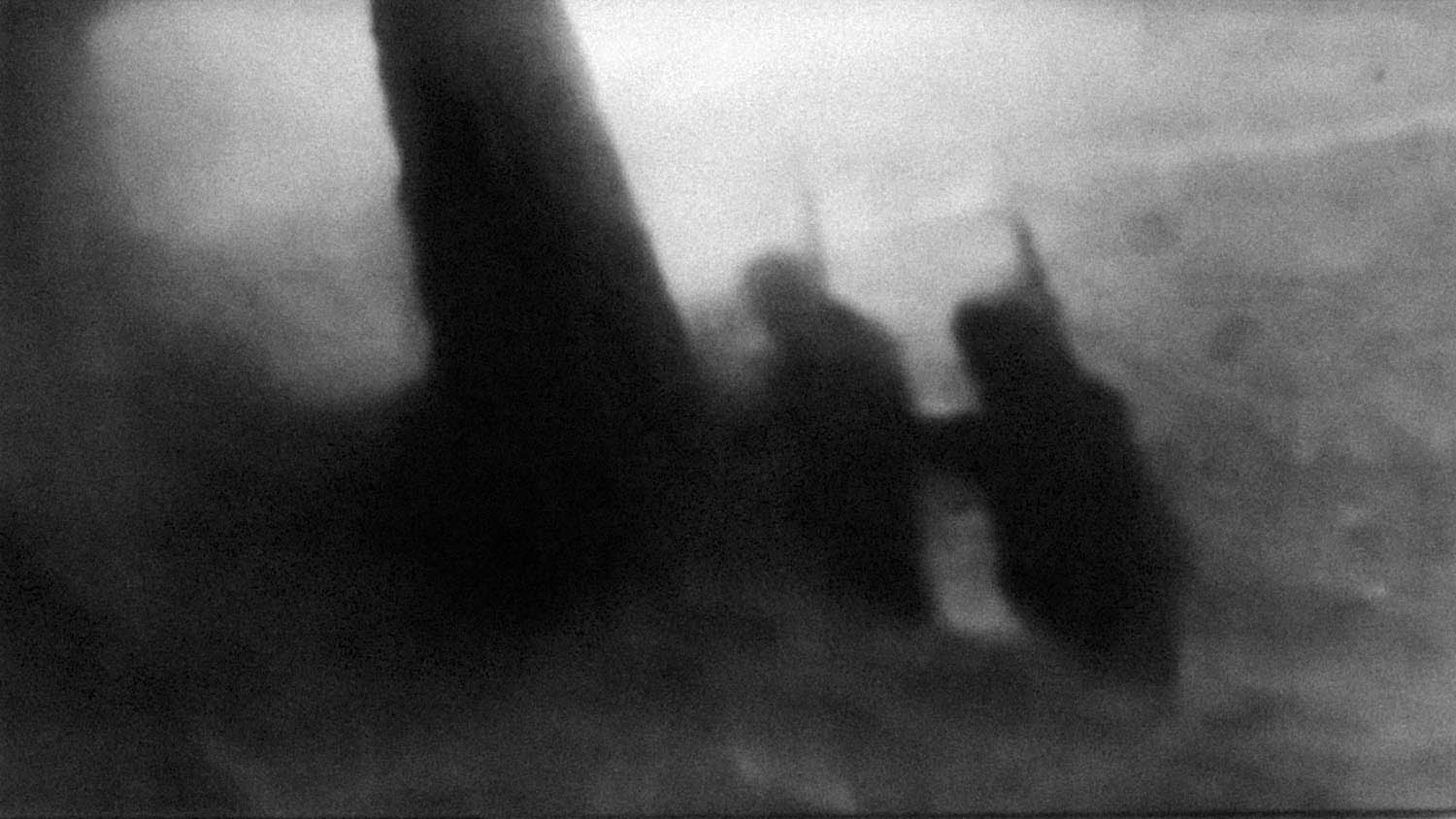 Riccardo Dogana‘s latest work, Panopticon, is unified in its source: the inexhaustible database that is Youtube. Through a highly personal selection process, Dogana photographed fragments from uploaded videos, often exploiting motion blur, or the graininess reminiscent of surveillance-camera footage, to create images purposefully ambiguous in nature — appropriated images redesigned to confuse the viewer, and perhaps the database from which it is sourced.

Out of focus and robbed of colour, the subjects of his images become shadows of themselves: scenes of a violent nature, for example, are reduced to blurred, rudimentary forms, and interspersed amongst images that are otherwise innocuous in content. Therein lies the trace of Dogana’s invisible hand: from within the database of Youtube, he extracts and manipulates, presenting disparate images created by disparate people as one, cohesive body. The agency that takes precedence, then, is the creator’s: much like the Youtube browsing experience, which is largely determined by content recommendation algorithms — that are in turn dictated by the looming presence of global corporations and their sinister interests.

With this, Dogana calls into question the extent to which our online experiences are really still ours. Or not. 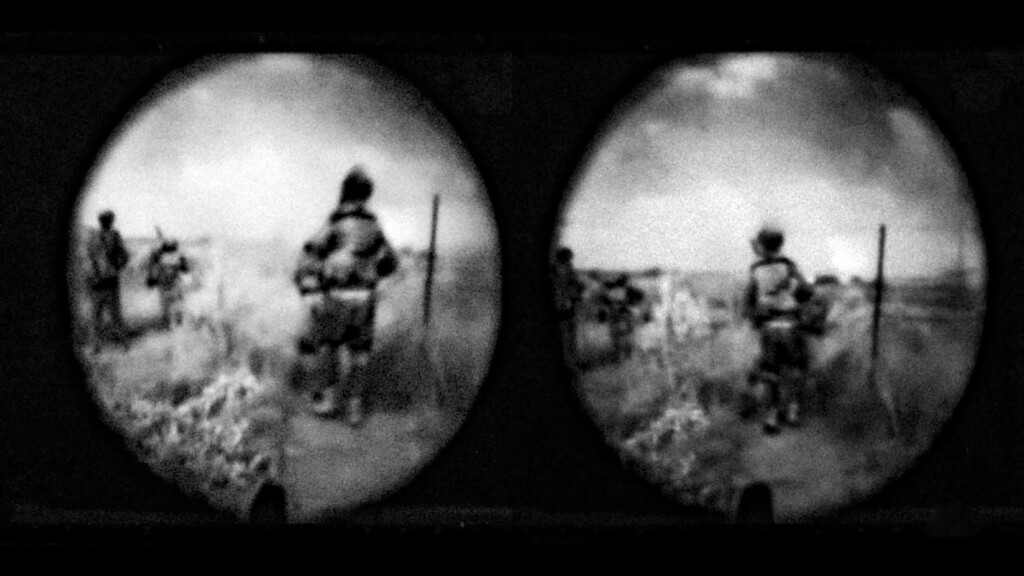 The panopticon, to which Dogana’s book title owes, is a term derived from the Greek word for “all-seeing”, and in 1791 the English philosopher and social theorist Jeremy Bentham first coined it in context of his proposal for the ideal prison:  a  circular structure containing a tower that is surrounded by cells in which the prisoners are confined. The guards reside in that tower, having 360 degree view for the sake of surveillance. From a critical stance, the cell’s occupants are compelled — within this structure — to be at the receiving end of “asymmetrical surveillance”, as they are unable to determine when or if they are being watched.

“On a platform like Youtube, one can as easily be the viewer as the viewed, and one can reach notoriety from relative anonymity in the span of a single day.”

At the core of the panoptic theory is the notion of invisible control, in which authority is enforced through psychological means, rather than traditionally physical means. Although Bentham’s vision was never fully realized, contemporary critics have considered the potential of the ‘panopticon’ as an allegory for today’s digital surveillance, in context of social media’s performative aspects. However, the dichotomy between guard and prisoner, between seeing and being seen — which is so central to the original panopticon’s potential success — becomes all the more muddy when applied to social media. On a platform like Youtube, one can as easily be the viewer as the viewed, and one can reach notoriety from relative anonymity in the span of a single day.

Dogana marks the beginning of his project with the Christchurch mosque shootings, a devastating terrorist event that was made even more so by the fact that it was live streamed by its perpetrator. Within an hour, all schools in the area had been placed under lockdown, and later reports emerged of children, whilst under lockdown in their classrooms, watching circulated footage of the shooting before the full extent of the attack had even been established. In a most horrifying sense, the attack’s perpetrator was able to knowingly abuse one of the realities of social media: that our digital footprint is indelible, and that it hardly belongs to us.

We may have moved far from the days when video content was solely controlled by media conglomerates — but the ease of sharing content can have damaging, insidious consequences. In this case: there is no doubt that the footage, although banned by the New Zealand government, still exists, somewhere deeply hidden within the databases of persons unknown.

“…the sense of misdirection is everywhere in the work of Dogana…”

Wanting to distance himself from this indelible digital footprint, and to detach himself from the database, Dogana created an archive of his works on paper, the results of which are enclosed within the book: each photograph is categorized — based on a selection of event categories: politics, social, news, science, among others — with further notations on the date of production, the title of the source video, and so on. The choice to indulge us in this archival information is a crucial one, for it allows the viewer the power — in some cases, and if (s)he so pleases — to trace the image to its source, back into the database from whence it came.

Yet, the sense of misdirection is everywhere in the work of Dogana. A photograph of a wolf, for example, with its eyes glowing and its teeth bared, seems to clearly ring with malevolence and brutality. It is, however, a still from a Youtube video amusingly entitled “When Wolf Mama’s ‘Me Time’ Get Interrupted By Needy Pups”. This is the kind of confusion that is not only enhanced by the artist, in this body of work, but is in fact a key factor in how people who upload videos to Youtube are often playfully deceiving their audience by way of a title that doesn’t necessarily concord with the actual content.

In less than 24 hours, the amount of new content uploaded onto Youtube, in minutes, could last an average person’s entire lifetime — and with all of that, you wouldn’t have even scratched the surface of the site’s entire database. This is our self-created monster of Frankenstein, with a life of its own. Who actually controls it, and to whom does its content belong? What does this make of us, in the position of ‘viewer’? On the one hand, we have fancied ourselves to be like God, in the position of potentially seeing everything. But unlike God, we are a particle of the all-seeing eye. There is no escape from that position. Surveillance cameras are everywhere, the knowledge of which more often than not frightens us, keeps us in check. Yet, we are also surrounded by fellow citizens with a habit of pulling out their phones and cameras to visually mark their territory, the technology for which is becoming more accessible by the day. In that sense, we are inevitably acting in this ‘spectacle’ – sometimes knowingly, but more often not, without our conscious consent. 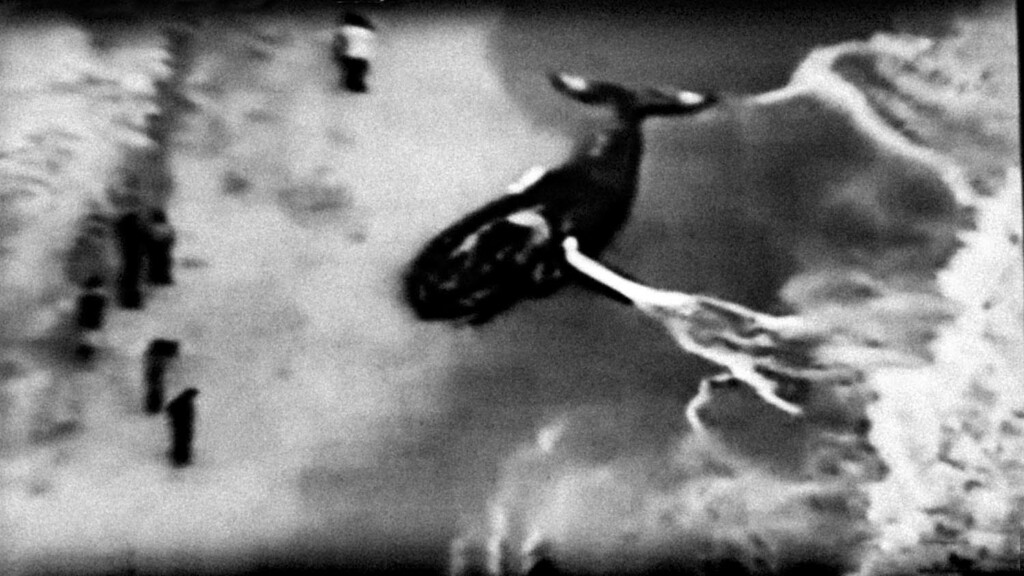 “Then, something changed: in February of 2020, after months of being the voyeur, Dogana found himself on the opposite side of the screen…”

Dogana had originally set out to create a “panopticon of the new millennium” — to become the sole curator of a new database viewed not from within, but without; with his position firmly behind the camera, and not behind the screen.

Then, something changed: in February of 2020, after months of being the voyeur, Dogana found himself on the opposite side of the screen, when a chance train accident led to him unknowingly being filmed for television. He was thus recorded, having become a new potential fragment of his own panopticon — which was to be found and put on replay, utterly beyond his control. This made Dogana decide that his project had reached its natural demise. As encompassed in his final remarks, “Panopticon had to end, the circle had been closed.”

In much the same way, Dogana compels viewers of his book to suffer the same fate, if even for a moment: for towards the beginning of the book is a two page insert of metallic paper with the quality of a weathered mirror, reflecting the onlooker’s face. Features, however, are distorted and blurred, in tune with the effect added to the images that follow.

One database may have reached its conclusion, but the larger one, in which we all inevitably play our part, is still alive and well. Even for the deceased, possibly — a famous case being that of Jeremy Bentham.

During his lifetime Bentham requested that, upon his death, his body be dissected and transformed into an auto-icon. Which actually happened, more or less according to his wish, but far beyond his wildest dreams:  to this day, his skeleton, dressed in his clothes, topped with a wax head of his likeness and fitted with some of his actual hair, still sits in a display case at the Student Center of University College London and he has been recorded, on at least one occasion, “attending” a UCL board meeting. In 2015, for a research project called Panopticam, his body was fitted with a webcam that live broadcasted passersby online.

And so, the pioneer critic of the invisible, all-seeing surveyor, is now actively involved in the age of the digital panopticon. Dogana never referred to this anecdote himself, so we can only assume what he would make of this curious fact.

Riccardo Dogana (1983) is a self-taught photographer from Italy. Panopticon is part of a trilogy, along with the project 16/9 shots, and is his first book project.