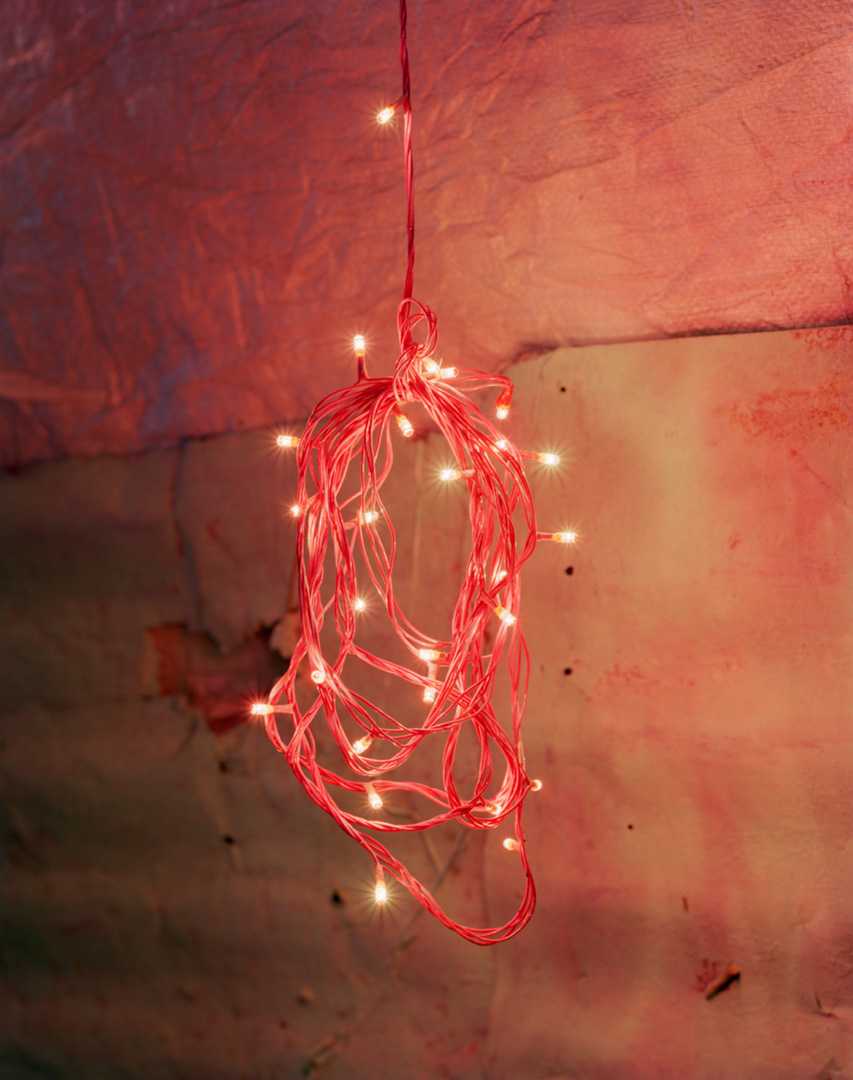 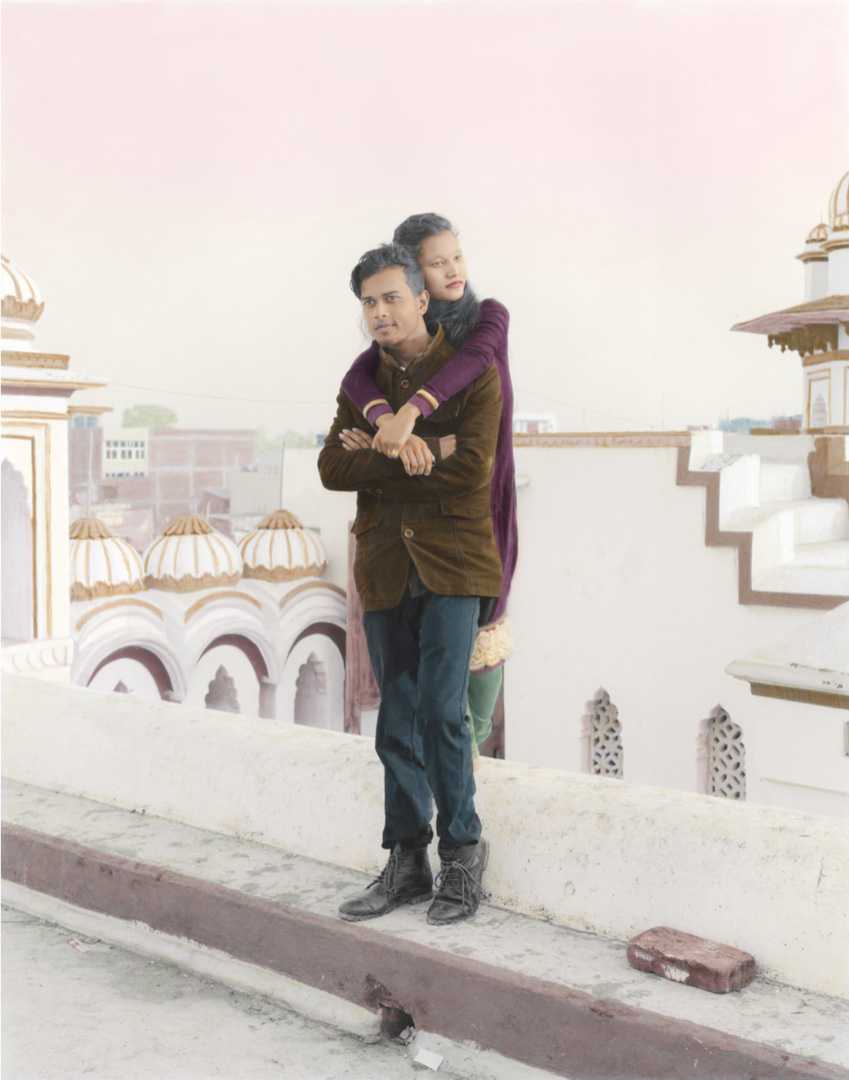 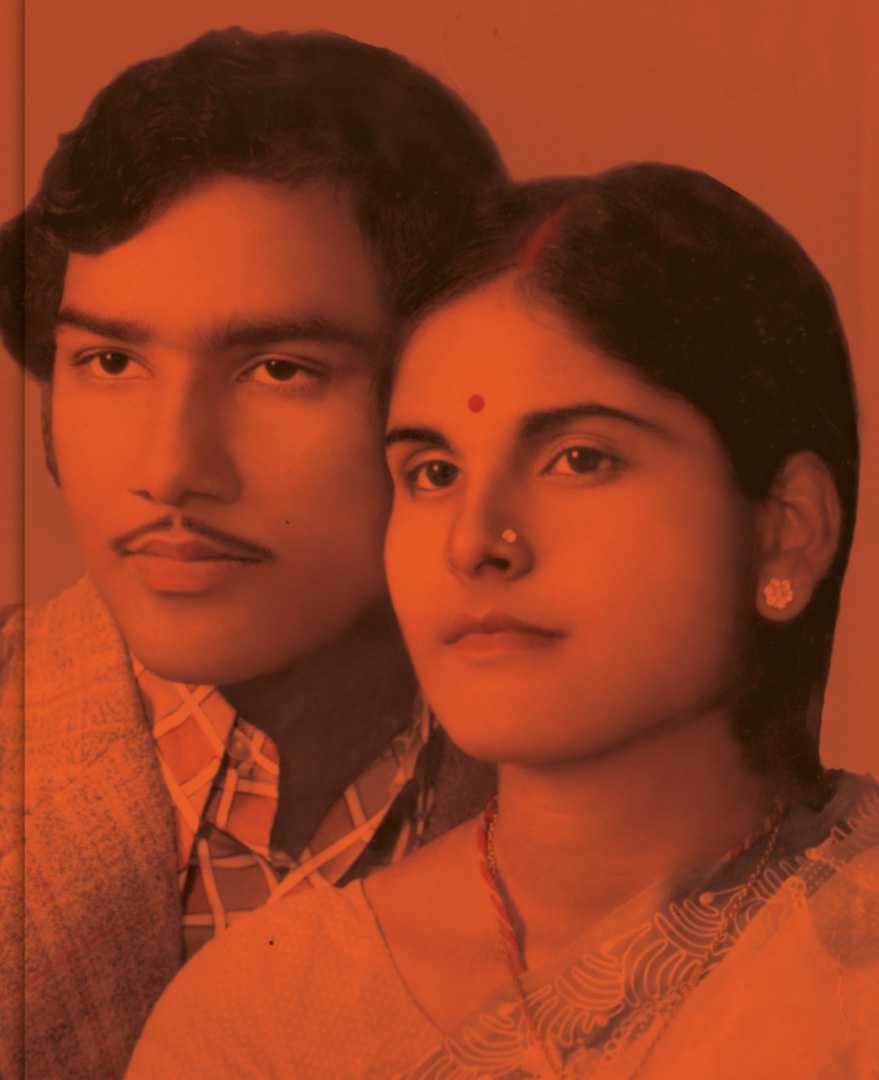 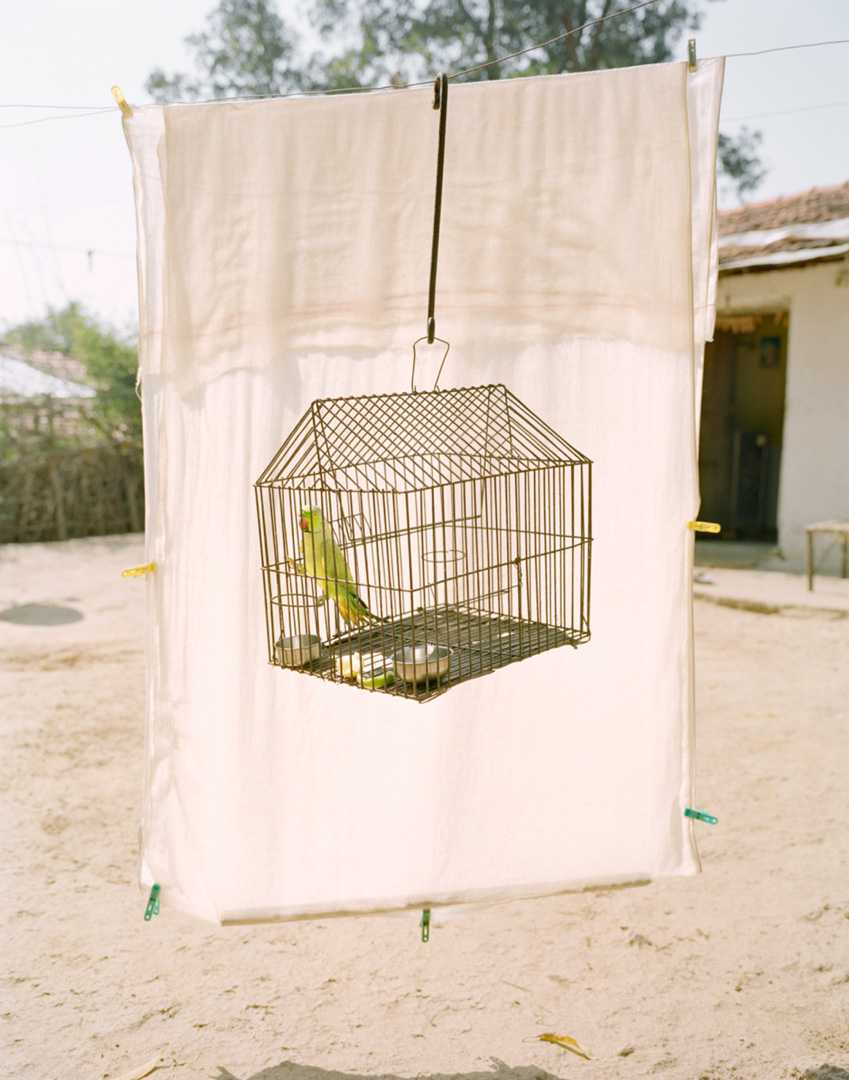 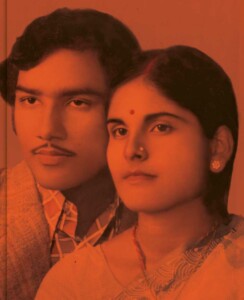 The blurred boundary between reality and fantasy lies at the heart of French photographer Vasantha Yogananthan’s new photobook, The Promise. This book is the second part of his long-term project A Myth of Two Souls, which is planned to ultimately consist of seven photobooks, one corresponding to each chapter of The Ramayana, a Hindu mythological epic. The Ramayana, a tale first recorded in 300 BC by the Sanskrit poet Valmiki, tells the story of the divine prince Rama’s exile and his relationship with Sita, his wife. Yogananthan re-tells this story and demonstrates the myth’s themes of fantasy, love and togetherness.

The Promise is told through a combination of imagery and text. While the images are comprised of conceptual photographs and vernacular illustration images, the text tells in a more literal way the story of The Ramayana – a story which Yogananthan explains has been continuously rewritten and reinterpreted over time, and on this occasion by Indian writer Arisha Sattar. The photographs are a mix of portraits of various couples, bright images of paint and electricity and landscape shots. Many of the images contain juxtapositions of the old and new, such as illustrations of ancient Hindu gods next to electric switches, illustrating the timelessness of the myth. Yogananthan also includes black and white blank pages which can be seen as spaces for us as viewers to personally interpret his mediation of the myth of Ramayana. Collectively, the fusion of text and imagery showcases the living spirit of India.

Yogananthan’s mixed media approach highlights how the text and images can work together to manifest themes of love and imagination. For example, in the beginning of the photobook, Yogananthan includes a portrait of a woman standing in a corridor, staring into the sunlight with her arm resting against a white wall. This photograph is juxtaposed against text that reads, “I saw Rama stride towards the palace […] my heart blossomed with love, as a flower does at the first touch of the sun’s rays”. This is one of several instances where the visual and the verbal express the same sentiment and experience. On a figurative level, the moving in and out of the visual and the verbal parallels a movement in and out of the literal and the imagined. The haze and mist that Yogananthan photographs demonstrate the blurred boundaries between the dimensions of reality verses fantasy. The photographs of haze also highlight the literal dust that covers much of India.

In contrast to the hazy photographs, a large part of Yogananthan’s work is full of vibrant colours and bright lights. This is seen in his photographs of bright pink and white lights sparking and neon splatter paint. Together, these symbols manifest a sense of celebration. This is brought further to light in the middle of the book, where a couple of pages are cut to a smaller size, showing a large group of people in colourful saris, dancing and celebrating. On the opposite side, we see a photograph of a man and a woman, presumably representing Rama and Sita. Having them at the centre of the celebration shows the myth’s centrality to people in India.

Yogananthan’s photobook attempts to re-tell the story of Rama and Sita. While his visuals do express themes of love and blurred boundaries, it’s difficult to reach a satisfying understanding of the story without some previous exposure to the myth. Nevertheless, across the mediums of text, illustrations and photography and across time from 300 BC to the present, we get a glimpse into the overlap of tradition with contemporary life in India.

The Promise is available from the publisher, Chose Commune.