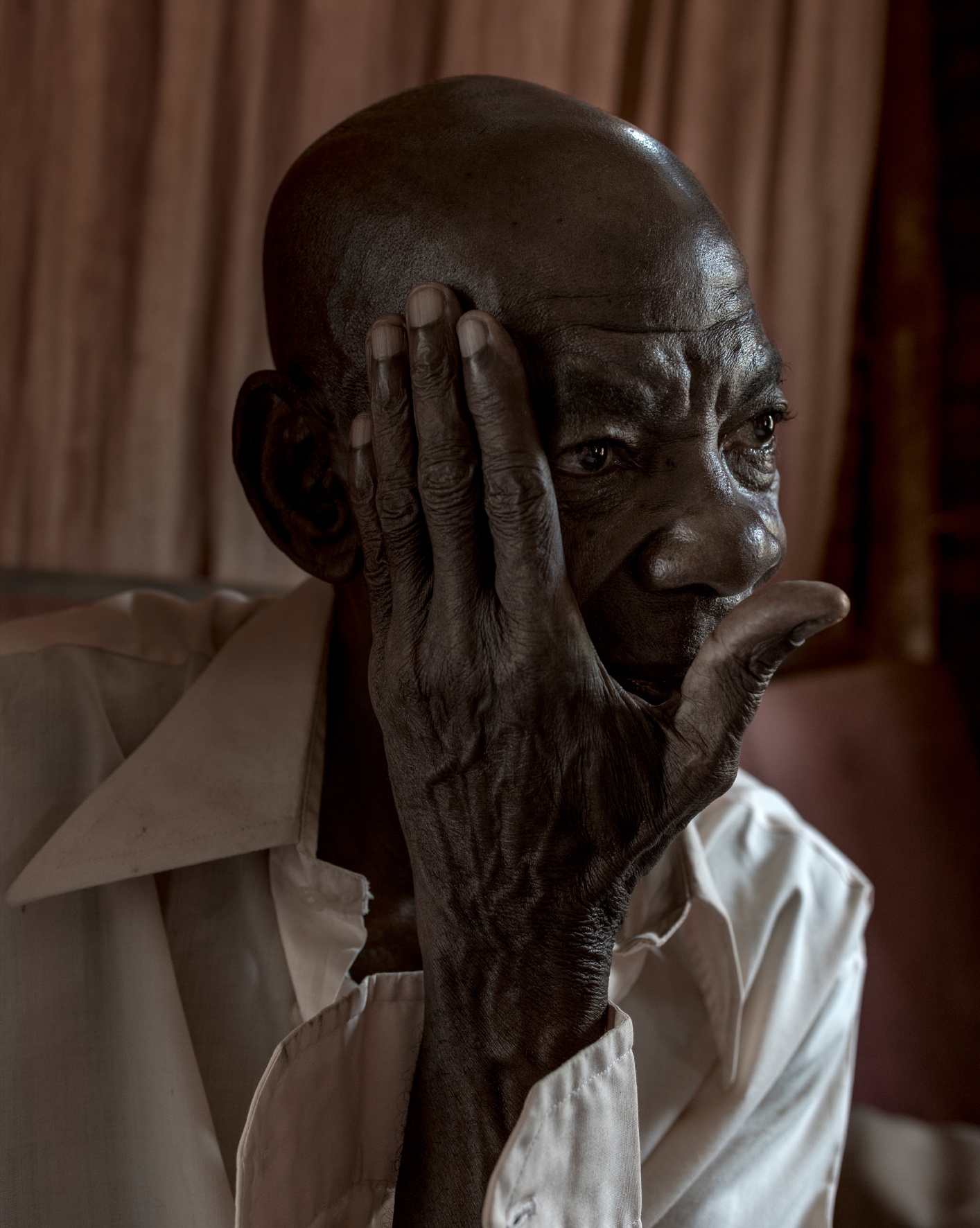 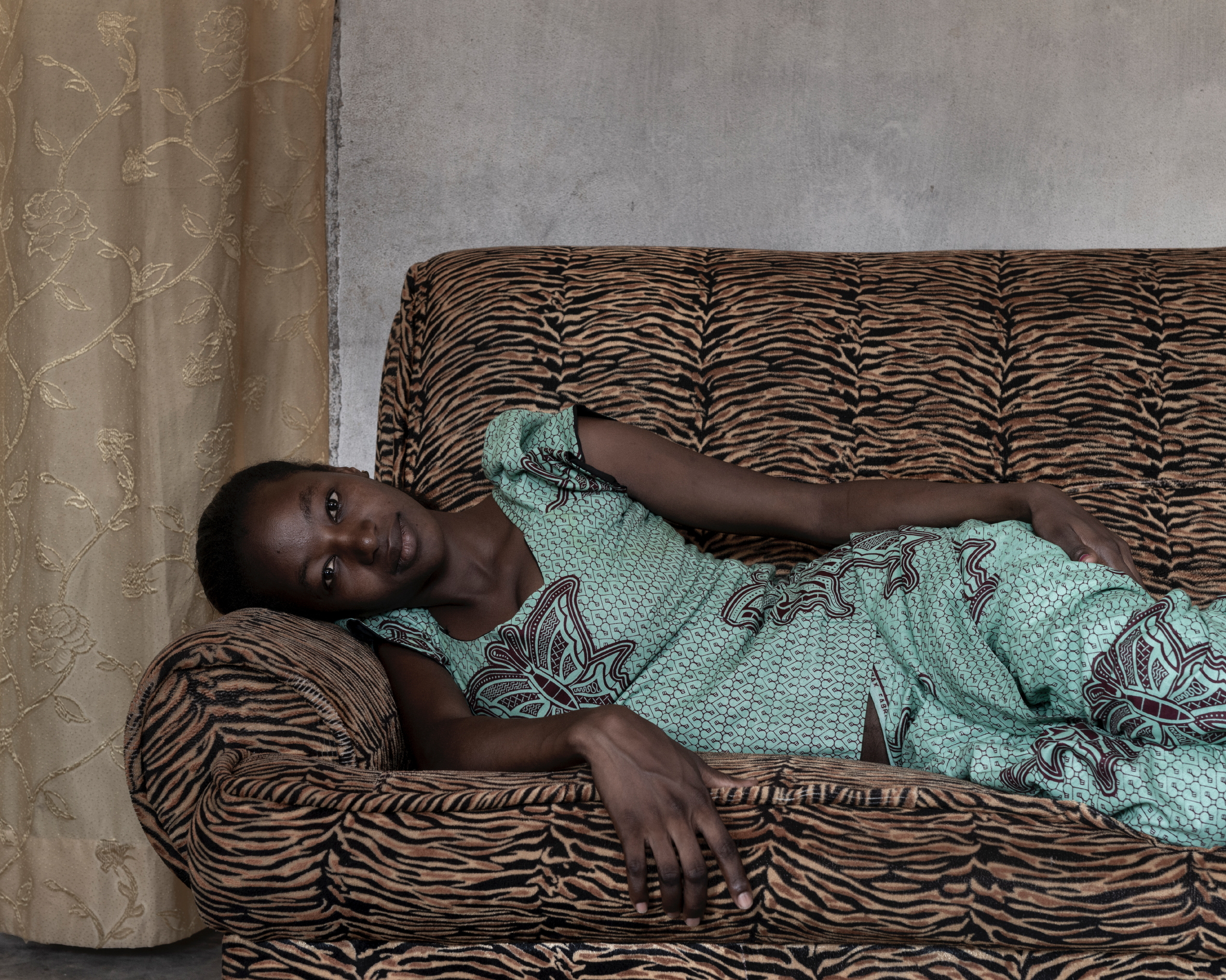 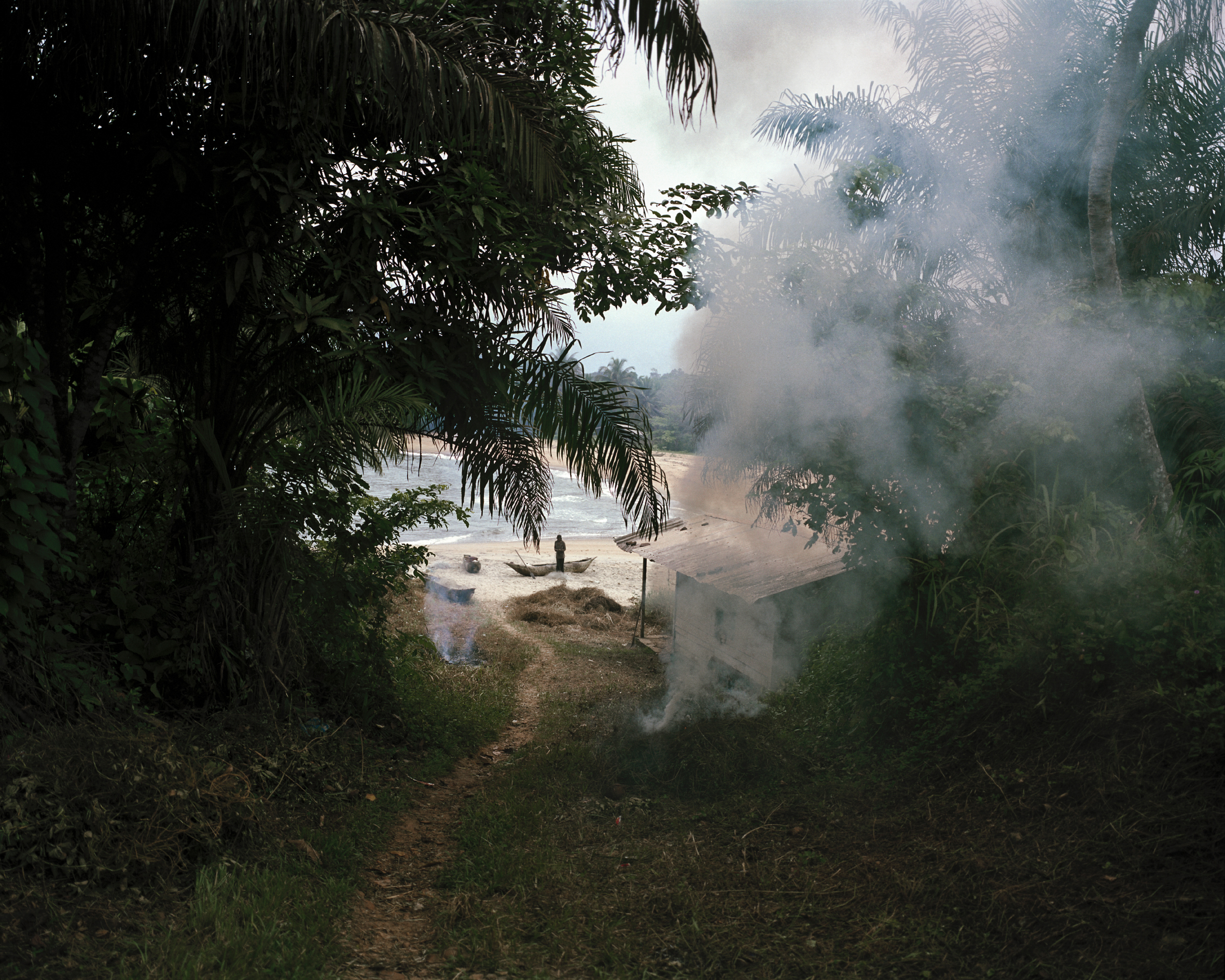 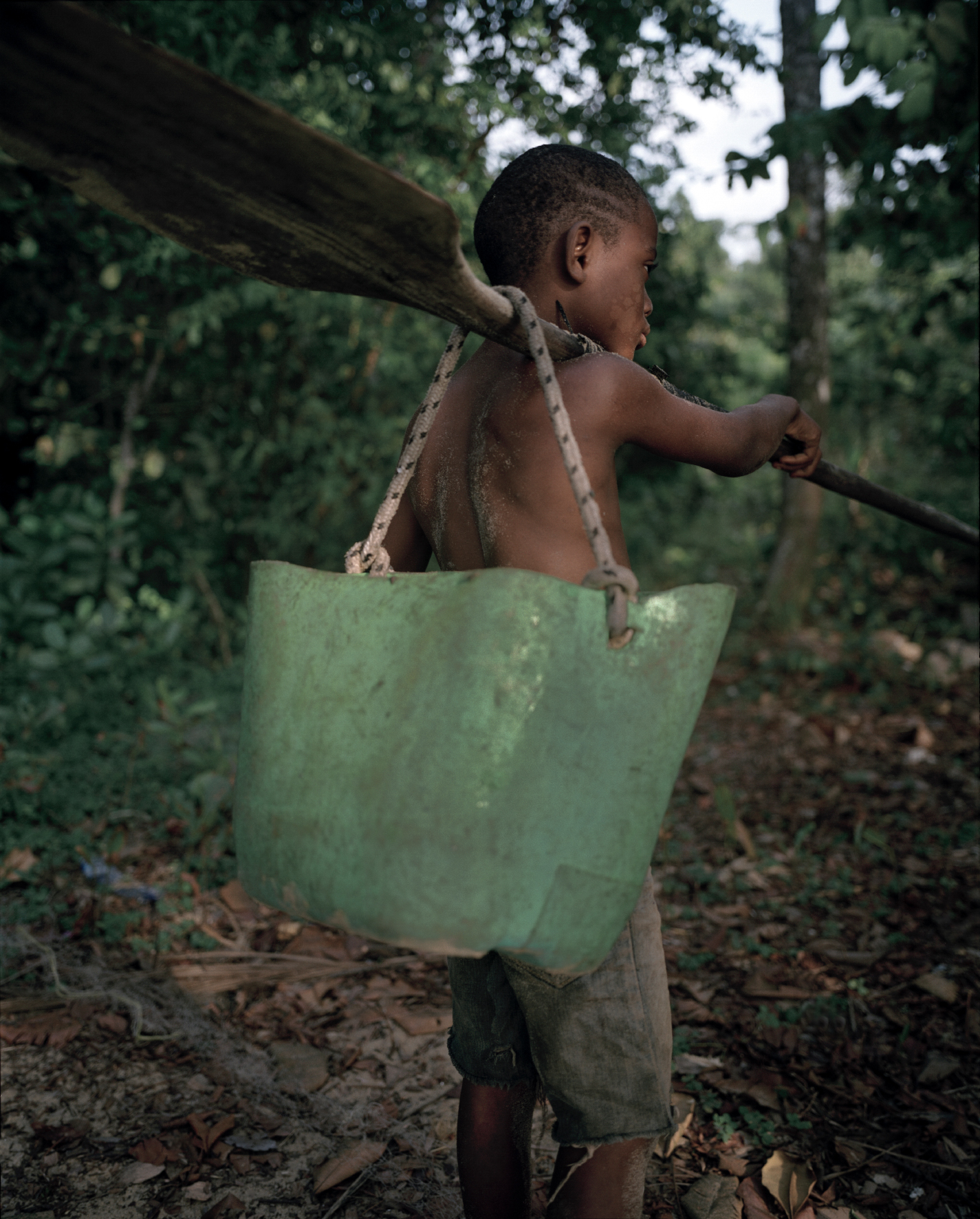 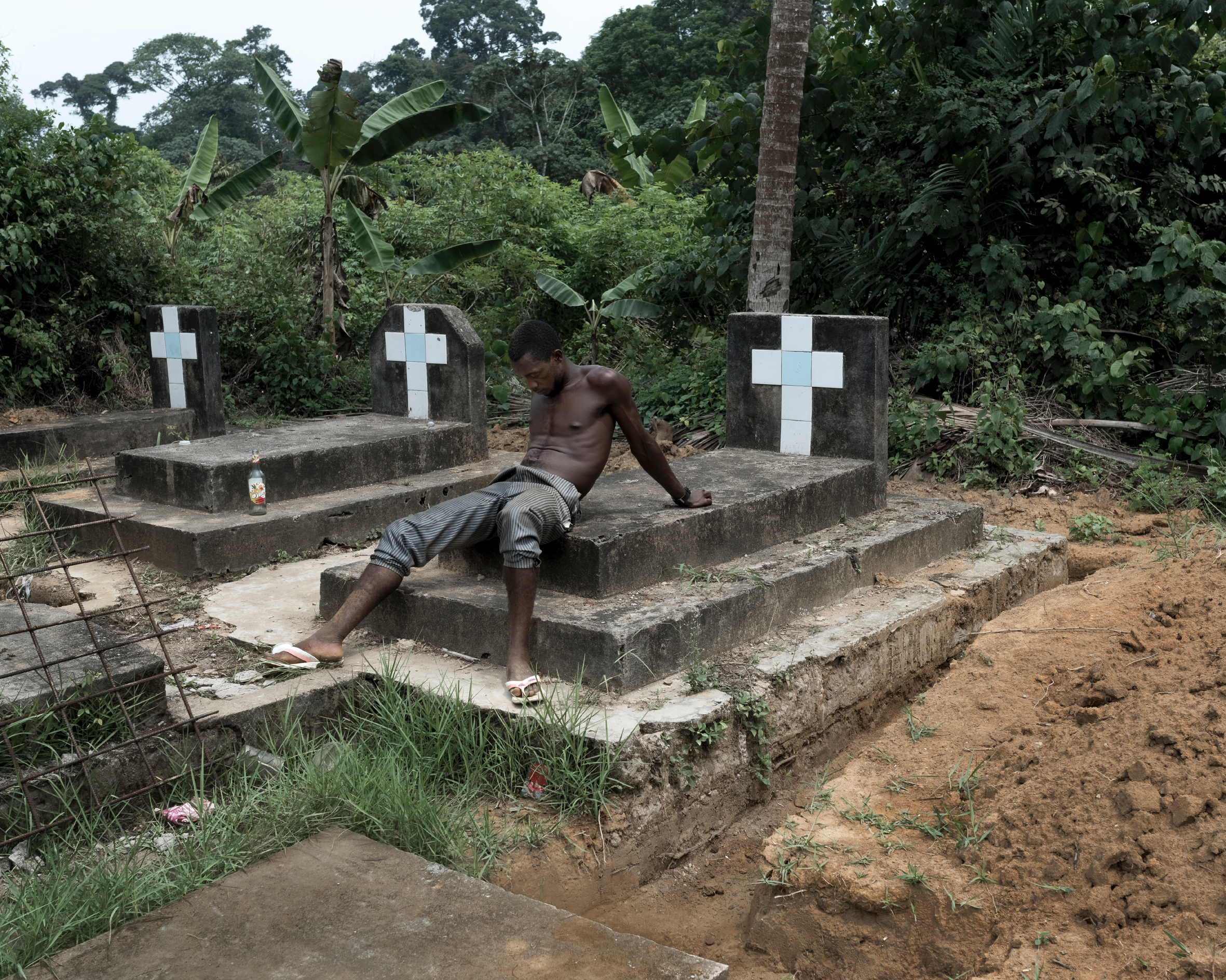 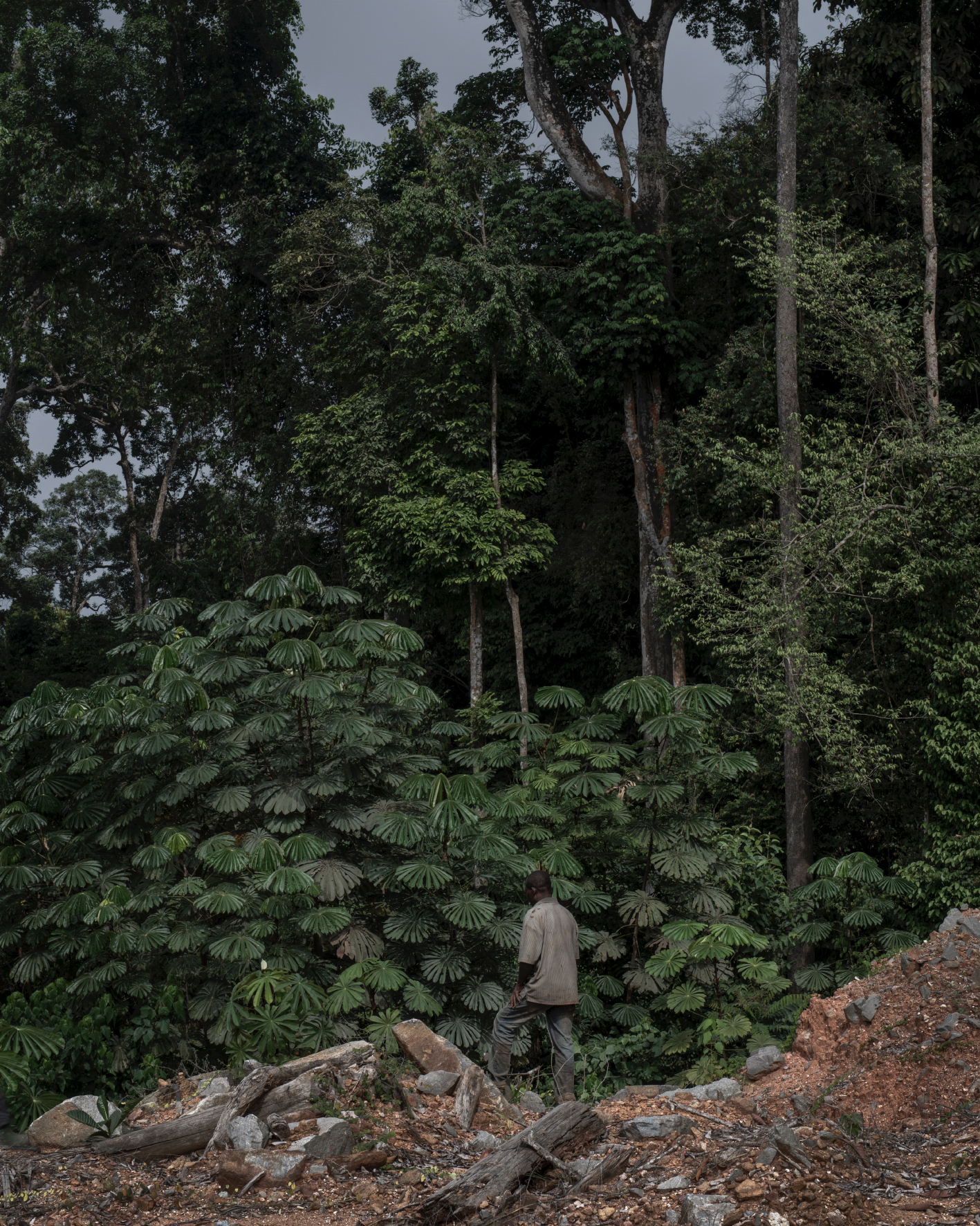 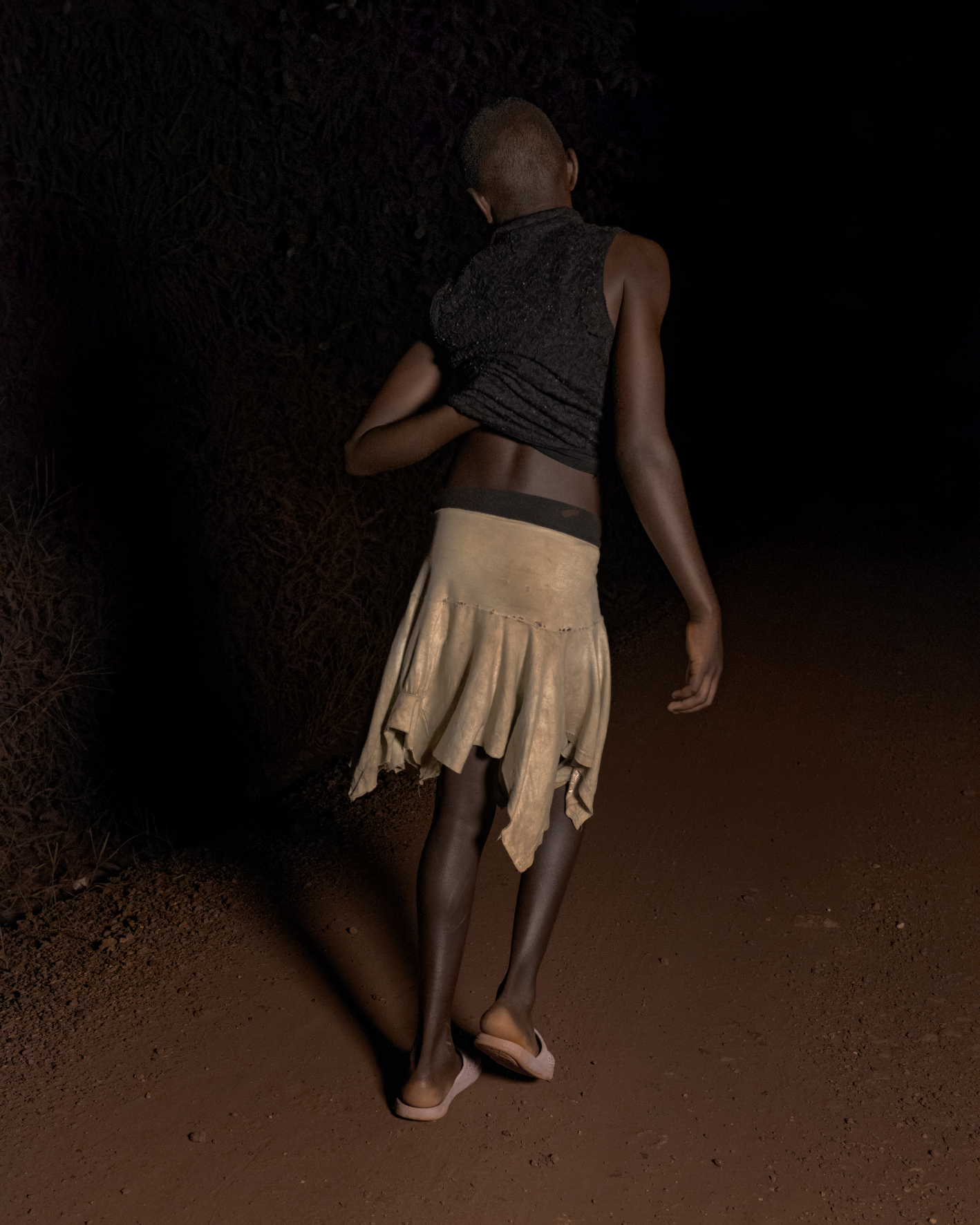 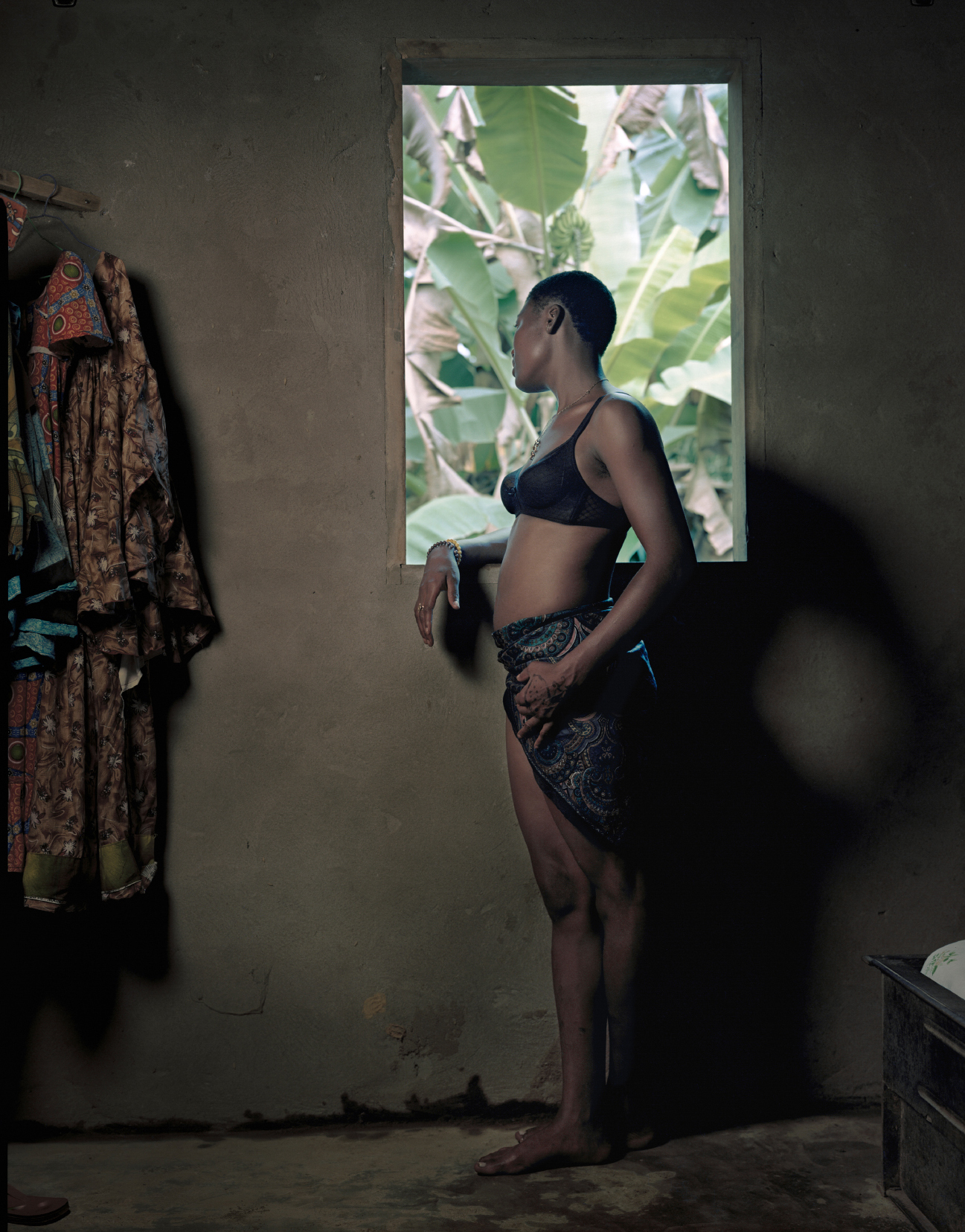 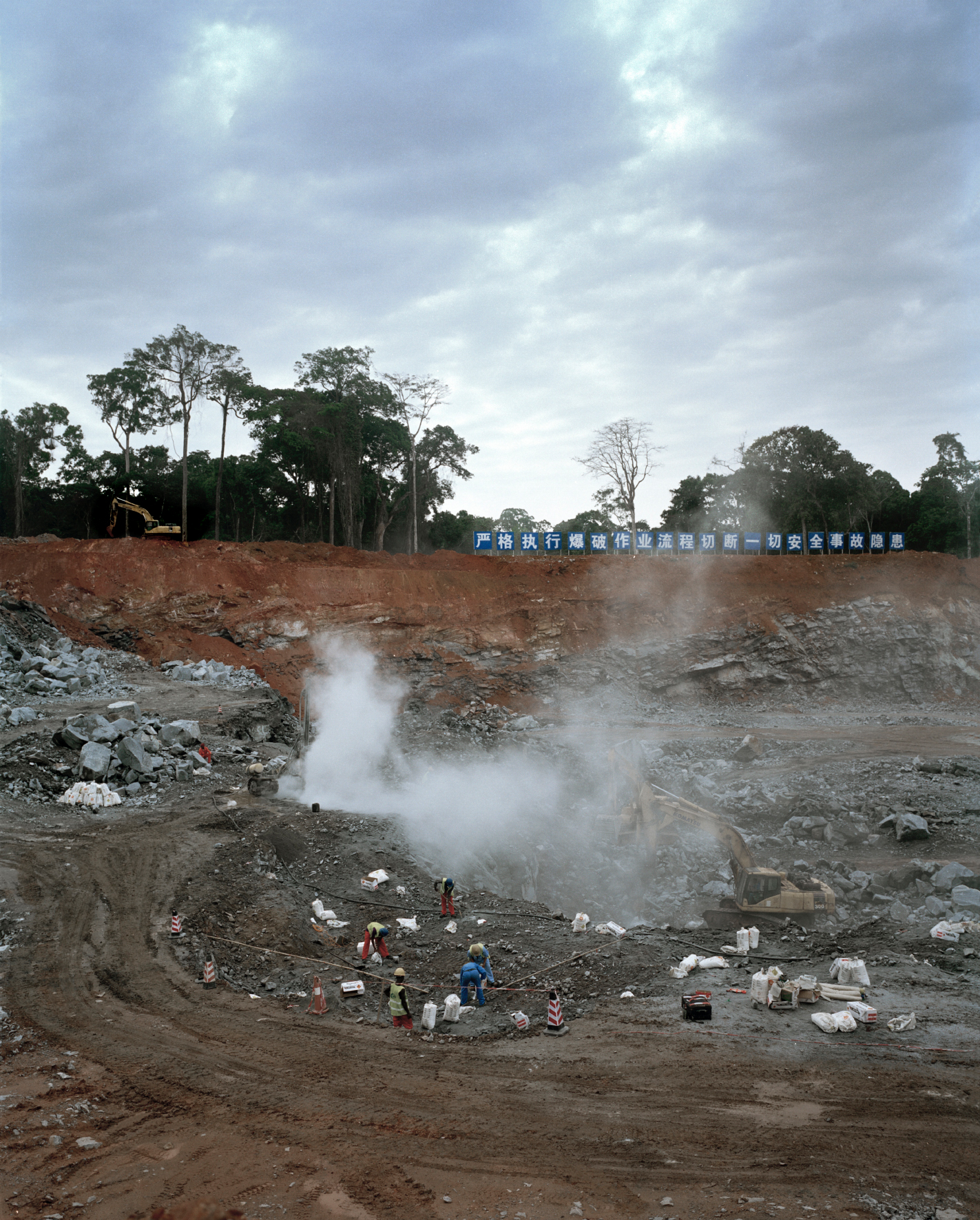 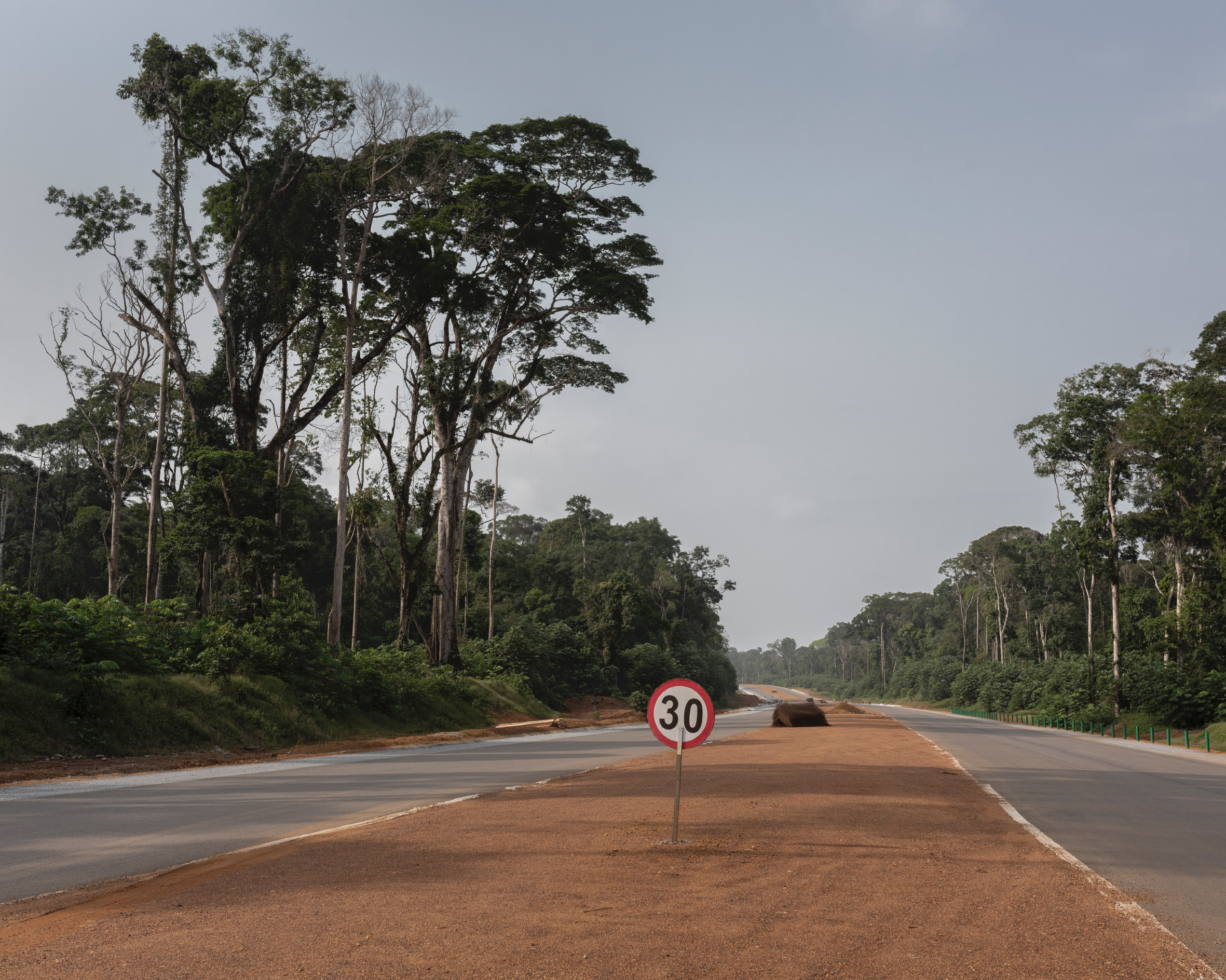 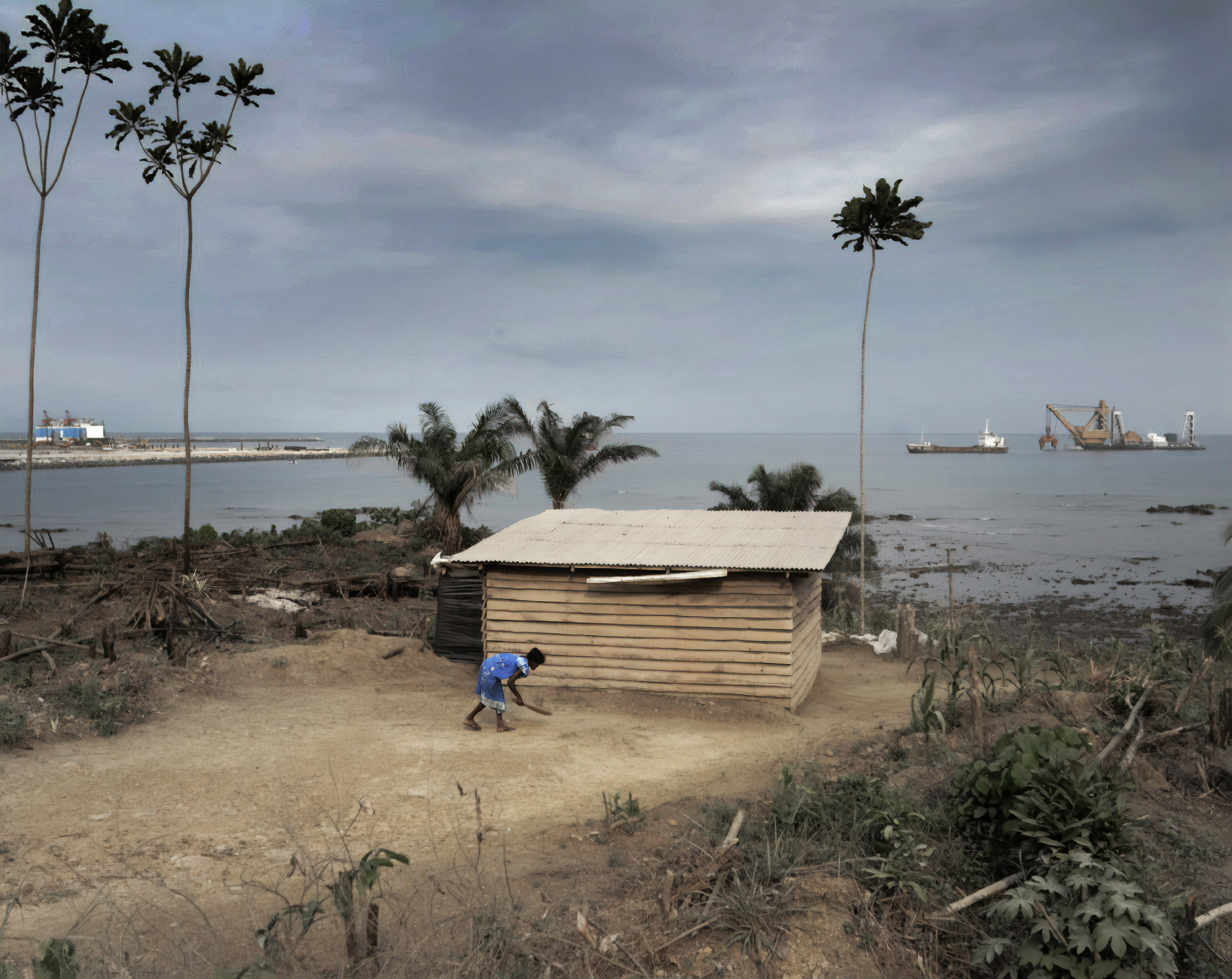 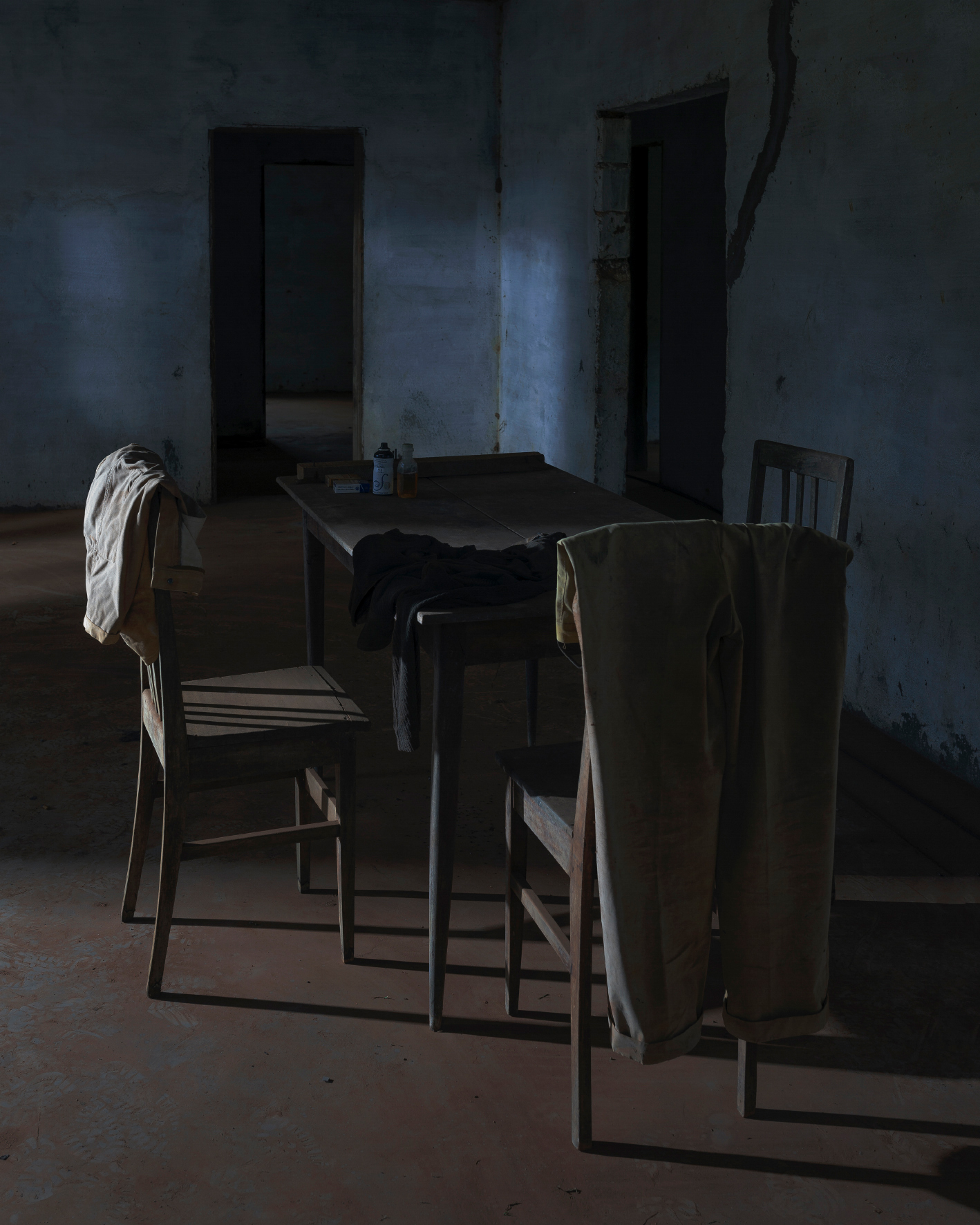 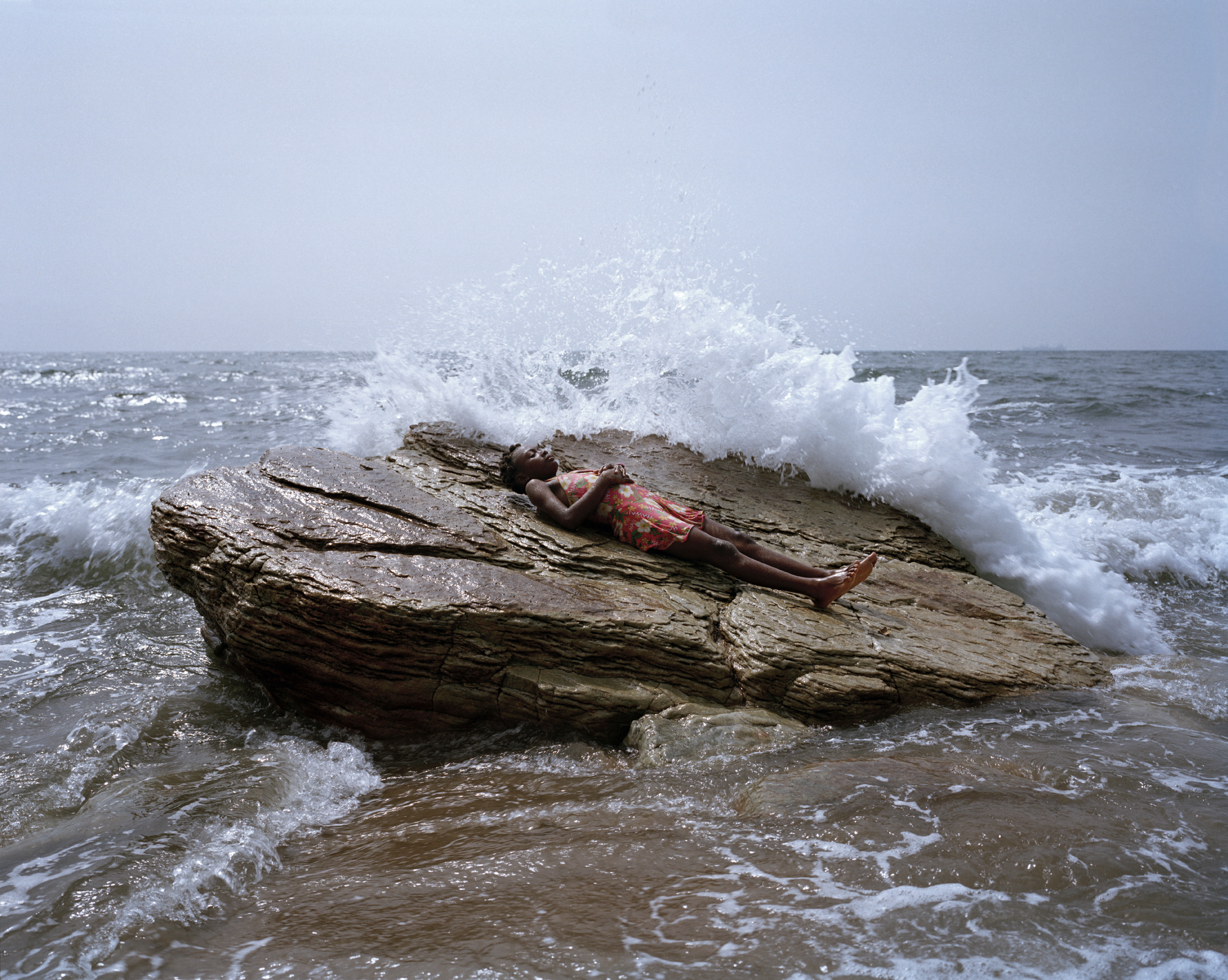 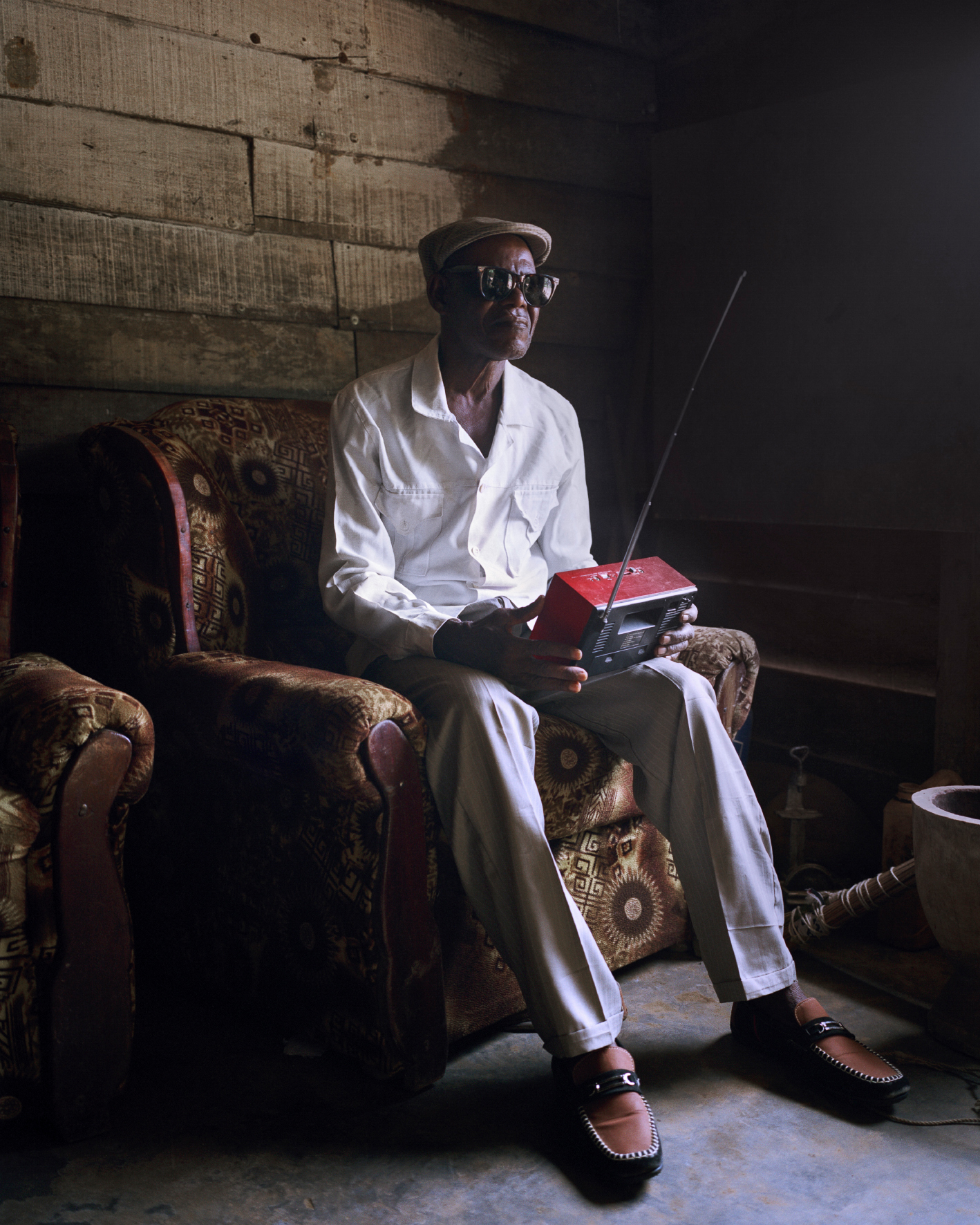 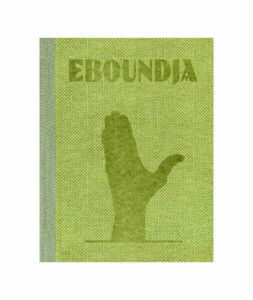 Reinout van den Bergh (b. 1957, The Netherlands) went back and forth to Cameroon for several extended trips between 2011 and 2017, attempting to document the changing reality of one specific village in this West African country: Eboundja.

Less than ten kilometres away from this small fishing hamlet located in southern Cameroon, a Chinese engineering company is building a huge deep-sea port. The resource-ravenous Chinese ‘investment agencies’ are stripping the jungle of its buried iron ore assets but also the local fishermen of their livelihoods. But these companies are not the first foreign presence on this land. In the late nineteenth century, after Cameroon became a colony of the German Empire and remained so until World War I, Eboundja was assigned as part of the French Cameroon until its independence in 1960. On November 23, 1914, the village got largely destroyed due to a battle between the Franco-British and German soldiers. The local population was forced to flee their homes and returned only two years later. This event is commemorated annually under the name of the Day of the Exiles.

It took him some years to make the story of this place, its history and contemporary development, into a book. Van den Bergh’s ‘Eboundja’ is now published with Kehrer and has been carefully designed by Teun van der Heijden (Heijdens Karwei). The carefully designed cover presents a silhouette of a hand – possibly a sign of greeting. The light green colour of the cover and its tactile, organic paper goes well with the content of the publication which, among others, shows nature and the way it’s being abused by humans. The flow of images is nicely abrupt with silhouettes resembling some of the villagers, as portrayed in the book. What’s more, Van den Bergh names all of the photographed characters, giving attention to each individual story.

The book keenly opens with a diaristic essay serving as a personal note by the author, addressing the paradoxical situation. From one side, Eboundja offers a stream of possibilities and serves as an open gate to the outside world.  Yet, seen from another angle, one can’t help to arrive at a feeling of displacement and nostalgia toward the simpler past. The publication successfully captures the changing landscape and the impact of the foreign force that came to extract, abuse, and profit from Eboundja. But perhaps more significantly, as remarked by Azu Nwagbogu (director of the African Artists’ Foundation) in one of the accompanying essays, “Van den Bergh shows that, properly handled, a lens in the classical European tradition of documentary photography can still make a valuable contribution towards conveying contemporary African reality. The intimate moments he has captured deserve to live forever.”