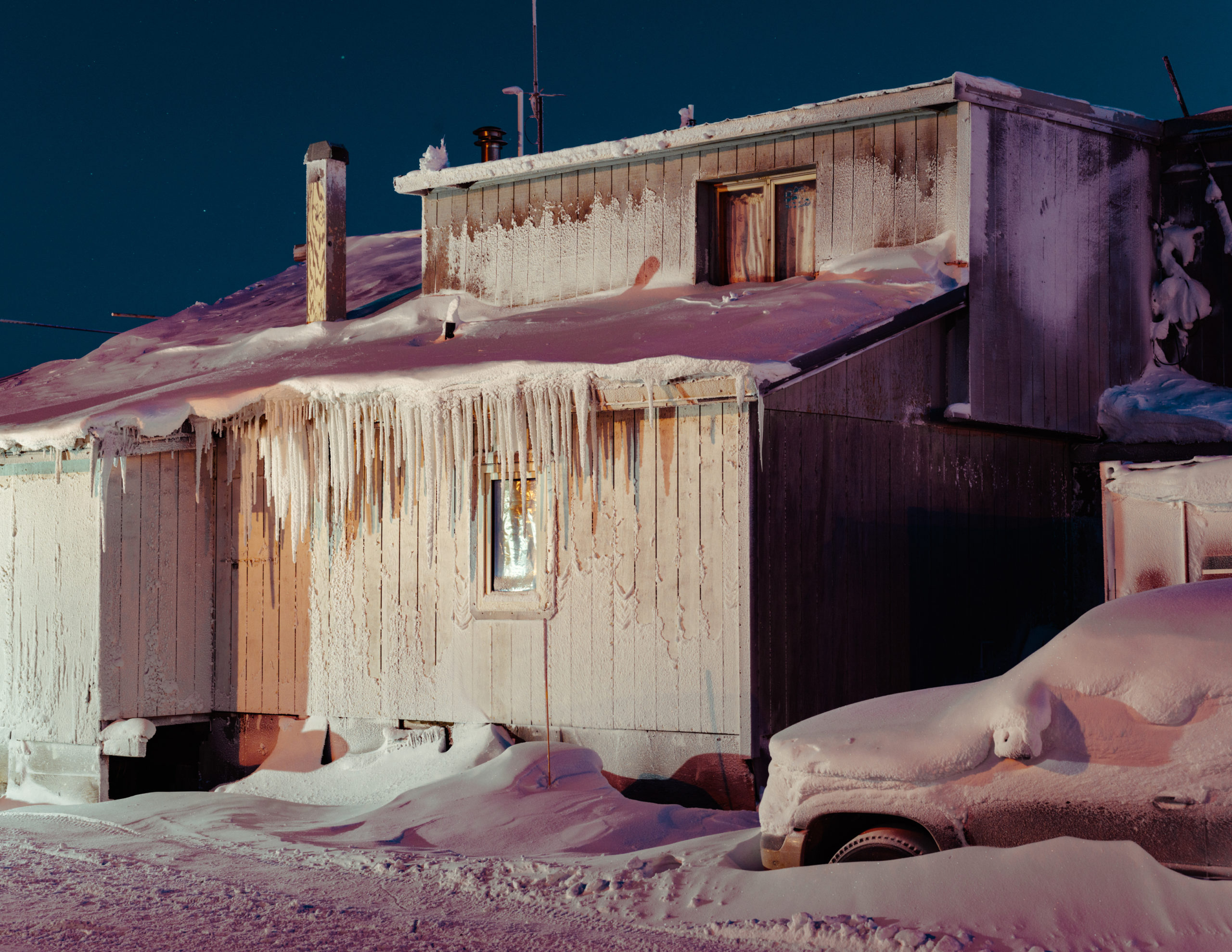 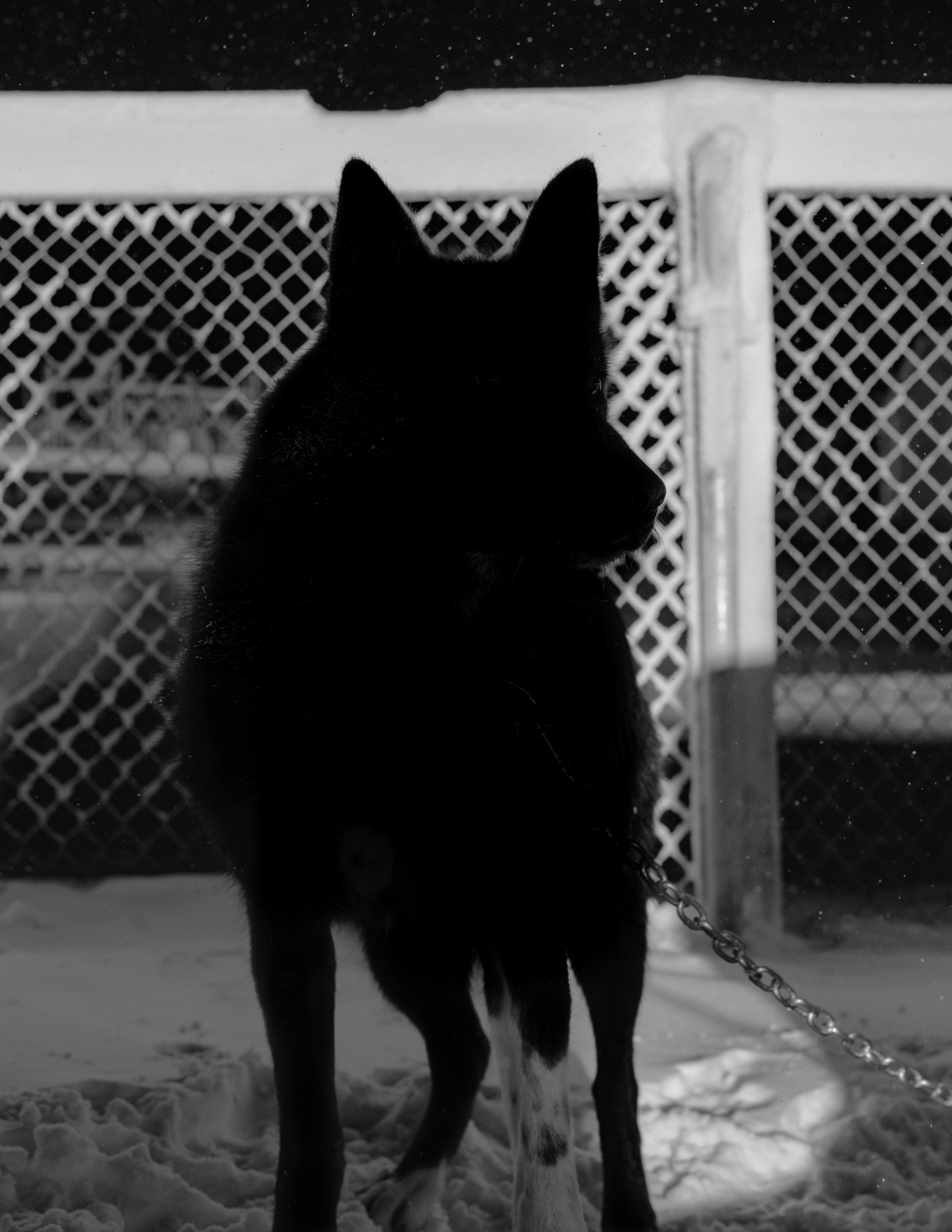 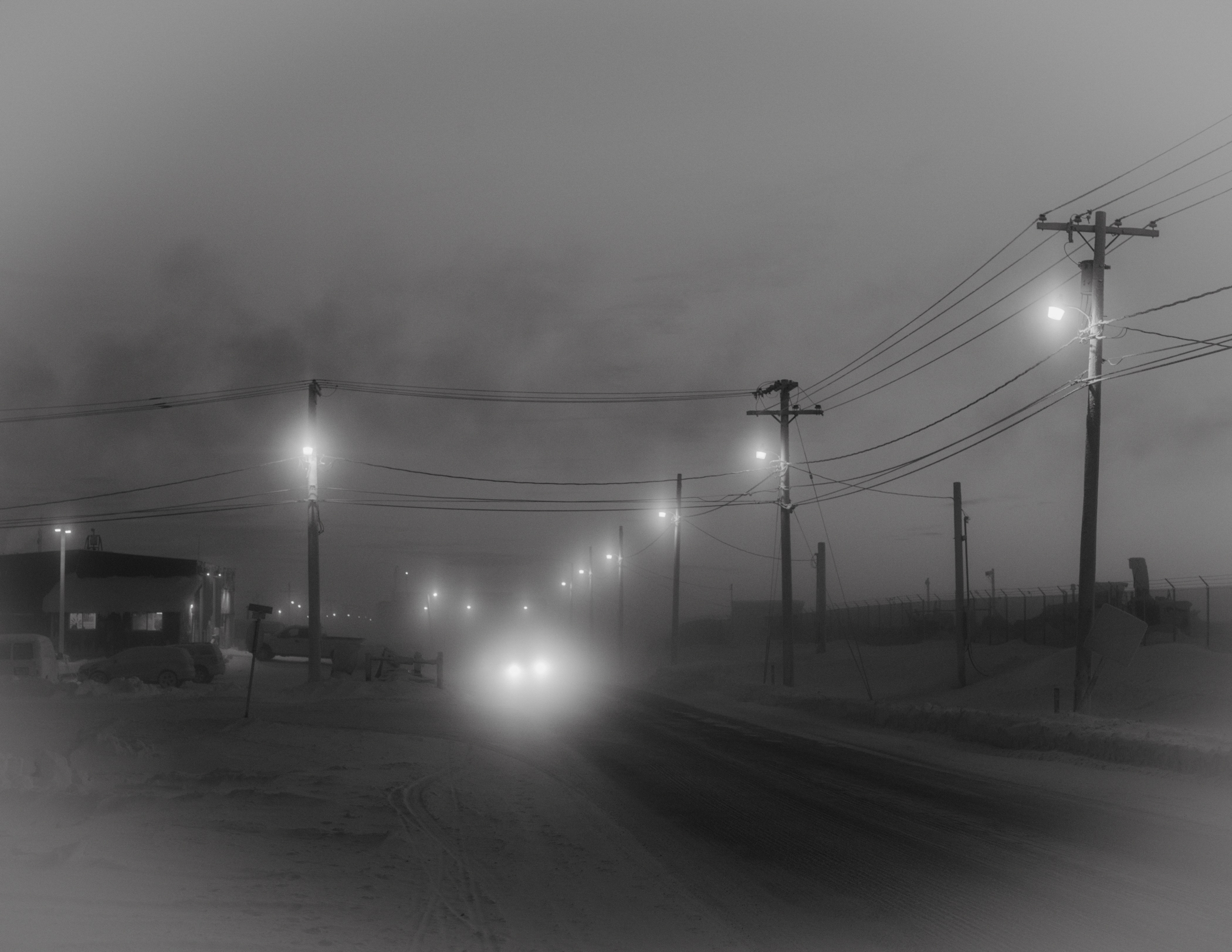 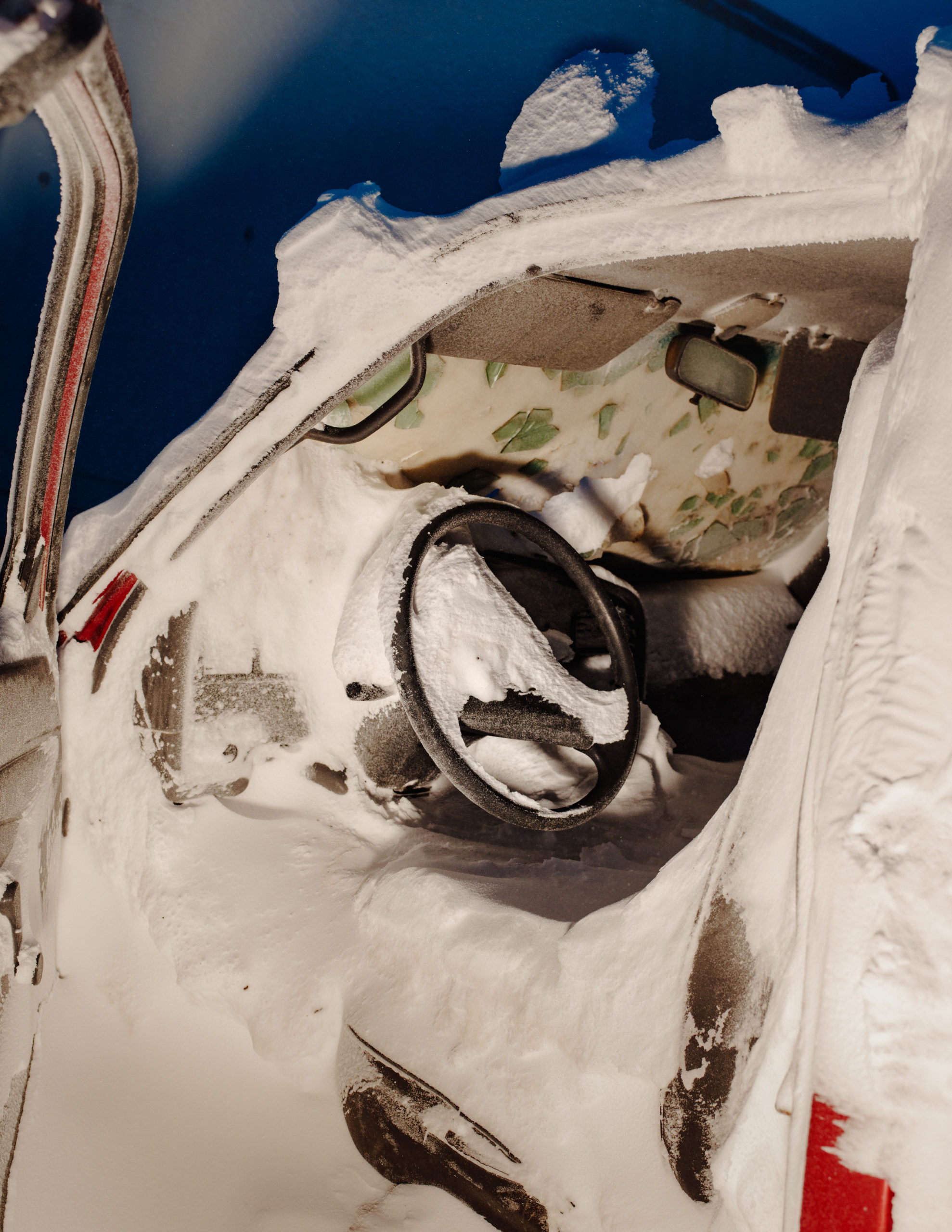 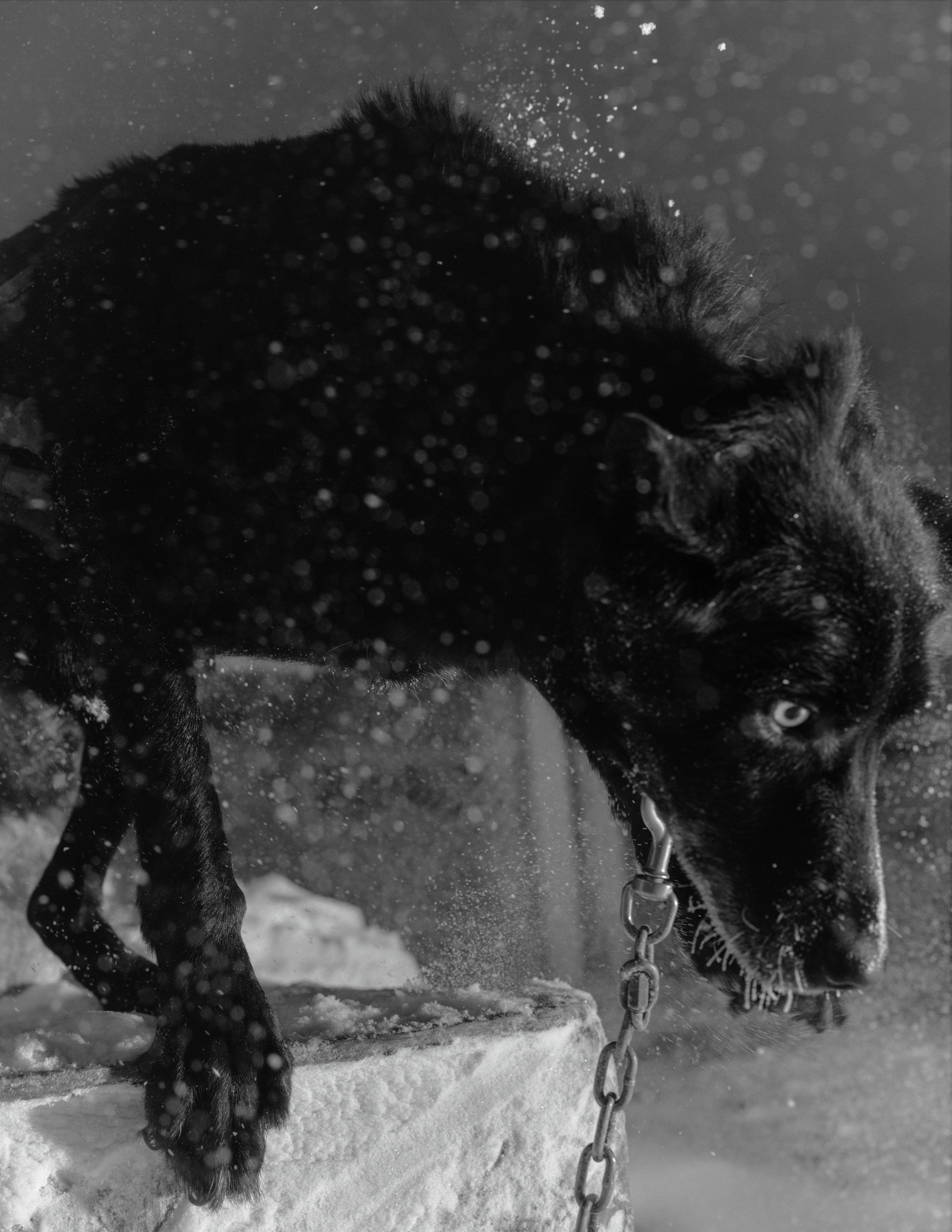 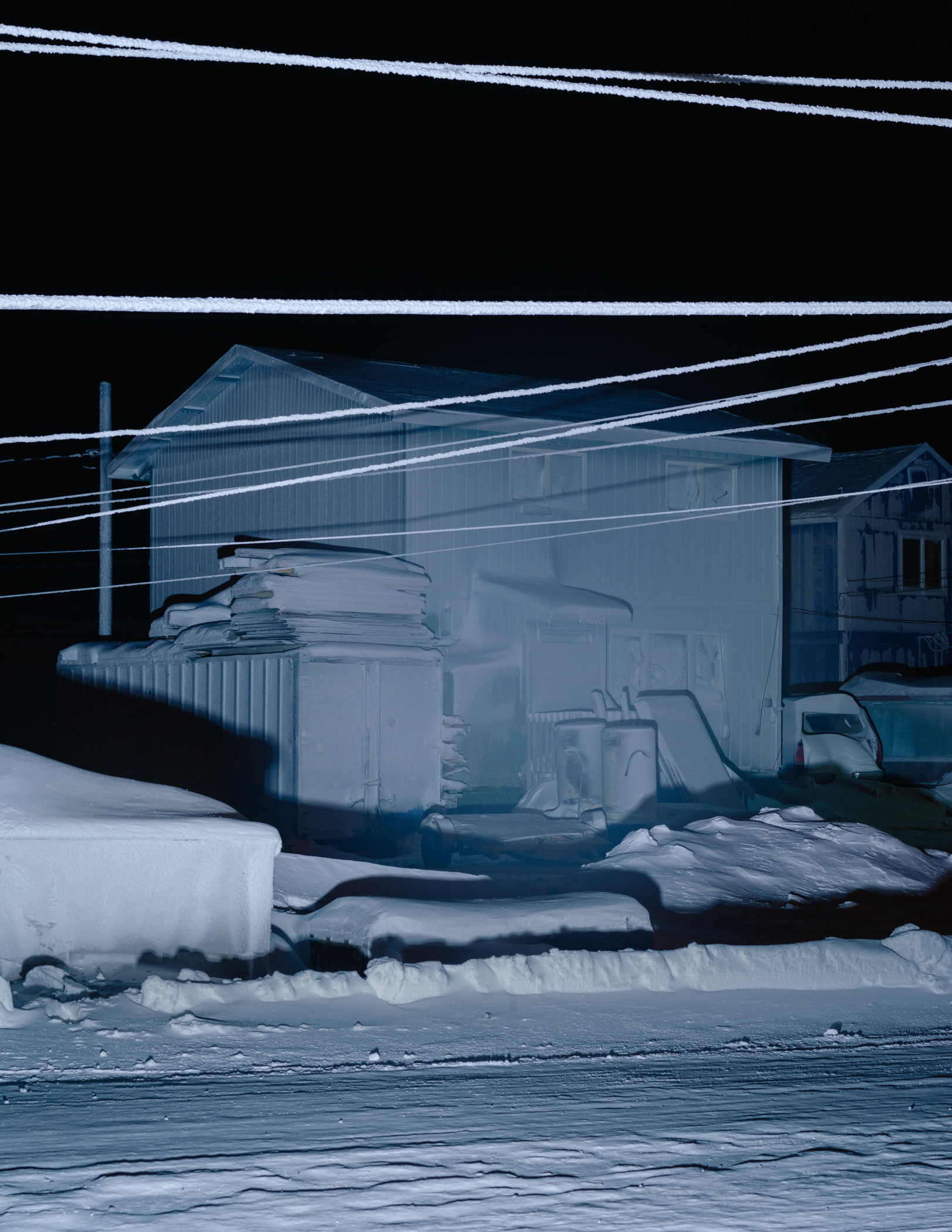 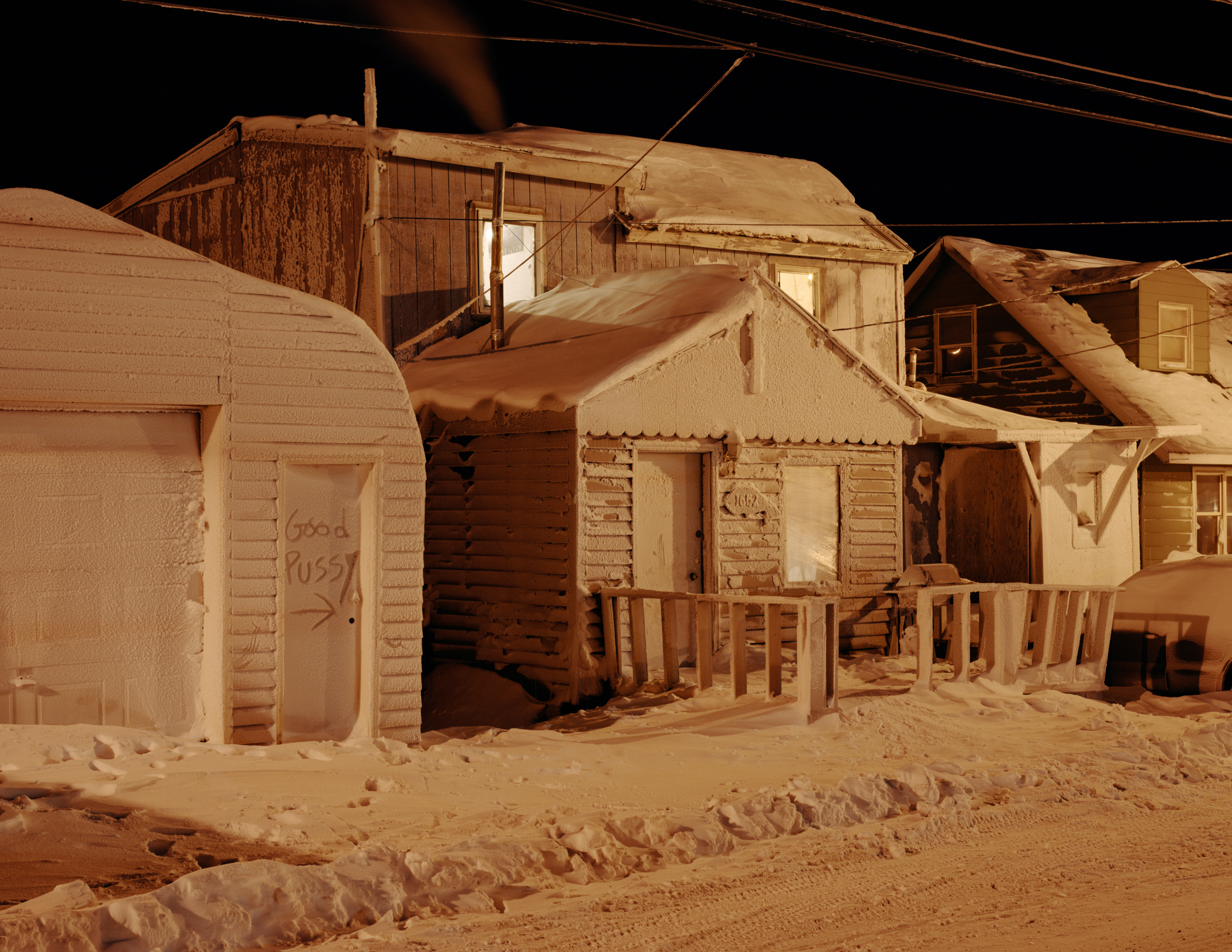 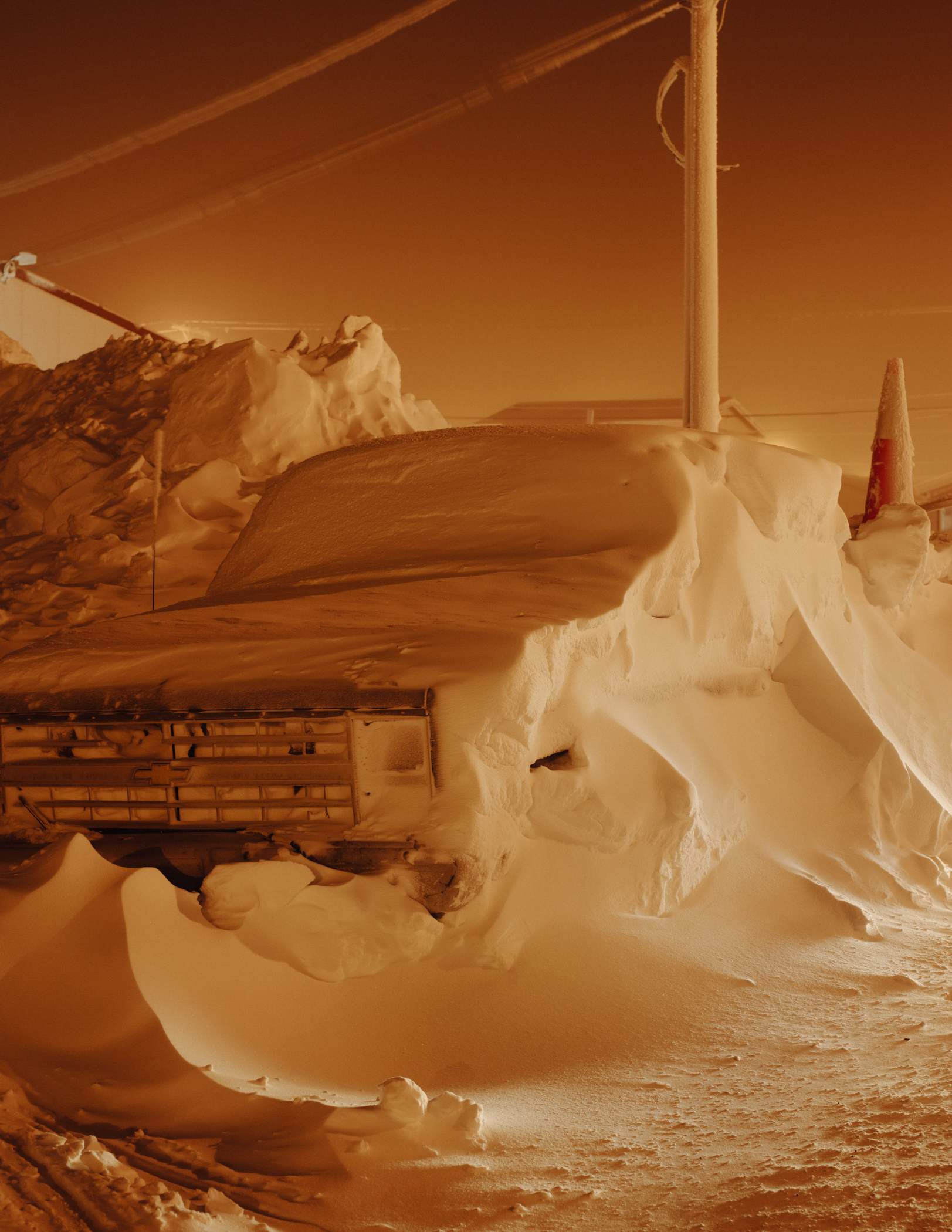 Polar Night: A Visual Poem on an Arctic Town

A strong fascination with the paradox of light and darkness prompted San Francisco-based Mark Mahaney (b. 1979, United States) to make a personal journey to Utqiagvik. With Polar Night, the photographic result of this Nordic quest, he reports on endurance, isolation and survival. As he witnessed, the unnatural lights that flare in the sun’s absence and the shapes that emerge from the landscape are unexpectedly beautiful in their softness and harshness. But, despite the extreme climate, it’s also hard to see past the heavy gaze of environmental change in Alaska.

Polar Night shows the routine of a remote town situated more than 400 kilometres north of the Arctic Circle. In an interview for the New Yorker, Mark Mahaney describes his experience of arriving there as “dropping down onto the moon.” This dark cold place, full of ambiguous shapes of unknown objects buried under piles of gleaming white snow, indeed quite resembles a scene from A Trip to the Moon, the early 20th-century film by Georges Méliès.

Utqiagvik (formerly known as Barrow) is the largest city and the centre of government of Alaska’s North Slope Borough. It is one of the northernmost public communities in the world. Regardless of its spooky appearance, Mahaney’s main aim was to uncover the routines of the people living in this place, where the night lasts for two unbearably long months and provisions arrive by air on set dates. While revealing the daily life of the inhabitants through photographs of buildings, crystallised cars and the silhouettes of guard dogs with flashes from their sparkling fangs, he discovered another important aspect that adds an extra layer to his story: the residents’ response to climate change.

Alaska is a different place in winter, though, making it still a very tough place to visit as a photographer. Even in our age, despite the effects of climate change, it still has many ‘days’ that are well below freezing – with temperatures reaching beyond minus 30°C still a common occurrence from November through March in the interior part of the state. Also, there are places in Alaska where the sun doesn’t rise for up to 67 days! In addition, insane winds, a crappy economy and polar bears are other things to deal with in the region around the city of Utqiagvik.

“No roads lead in, no roads lead out. No plants, no trees, no fresh food aside from what’s hunted: bowhead whale, seal, caribou, walrus, polar bear,” Mark Mahaney reports. “So dark there’s no end. So cold there’s no feel.” During the ‘daytime’, he would see people making hurried trips to work or to the grocery store; at night, the streets were deserted. He made nocturnal hikes and photographed, in dark blue and monochrome images, how buildings and cars are being caked with layers of snow. Fortunately, Mahaney also managed to capture, in contrasting warm colours, a certain sense of comfort in this town. Or at least the contained prospect of a brighter future ahead – at the end of the polar night.

For the extended version of the interview, visit gupmagazine.com