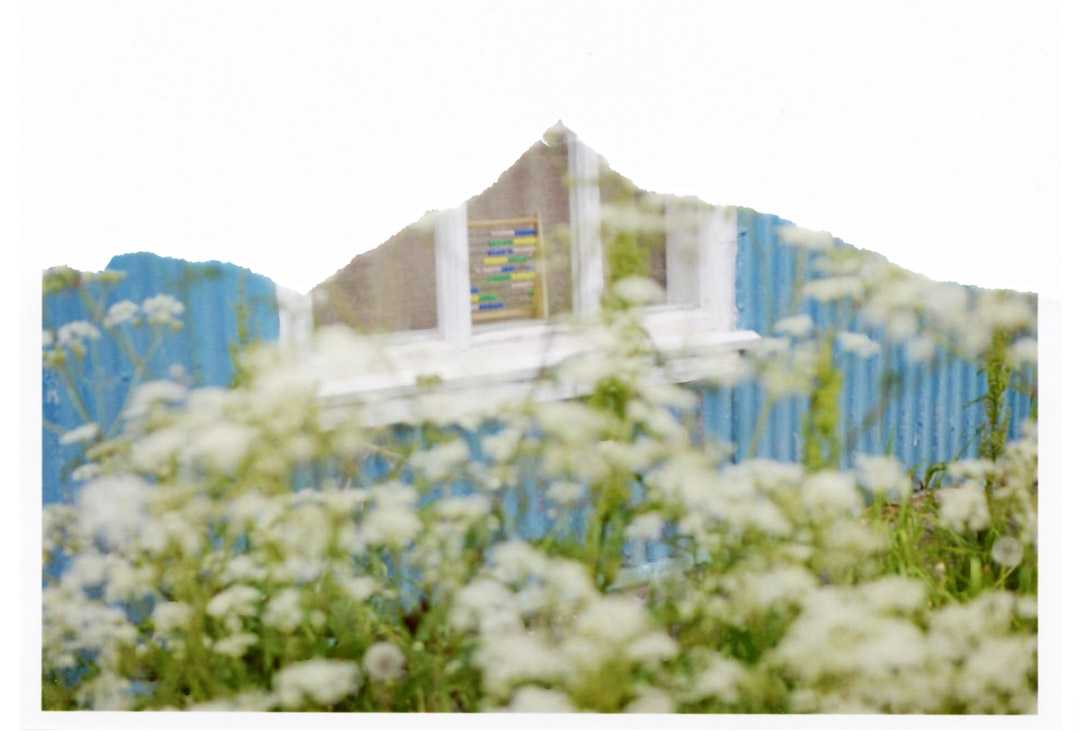 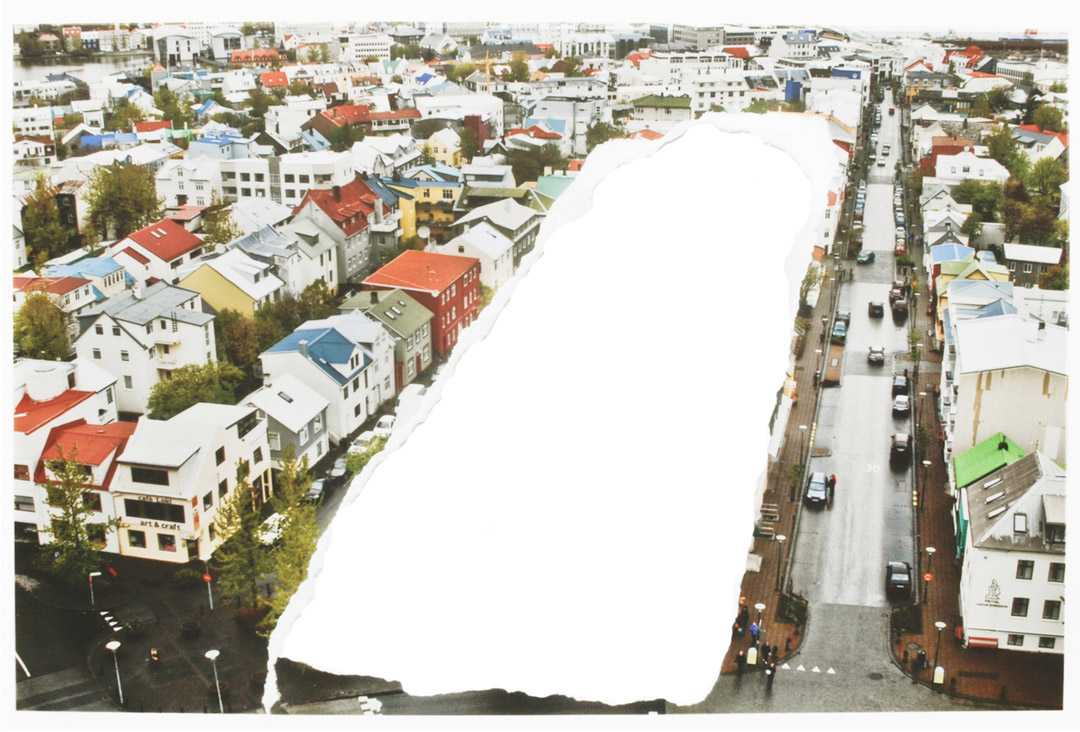 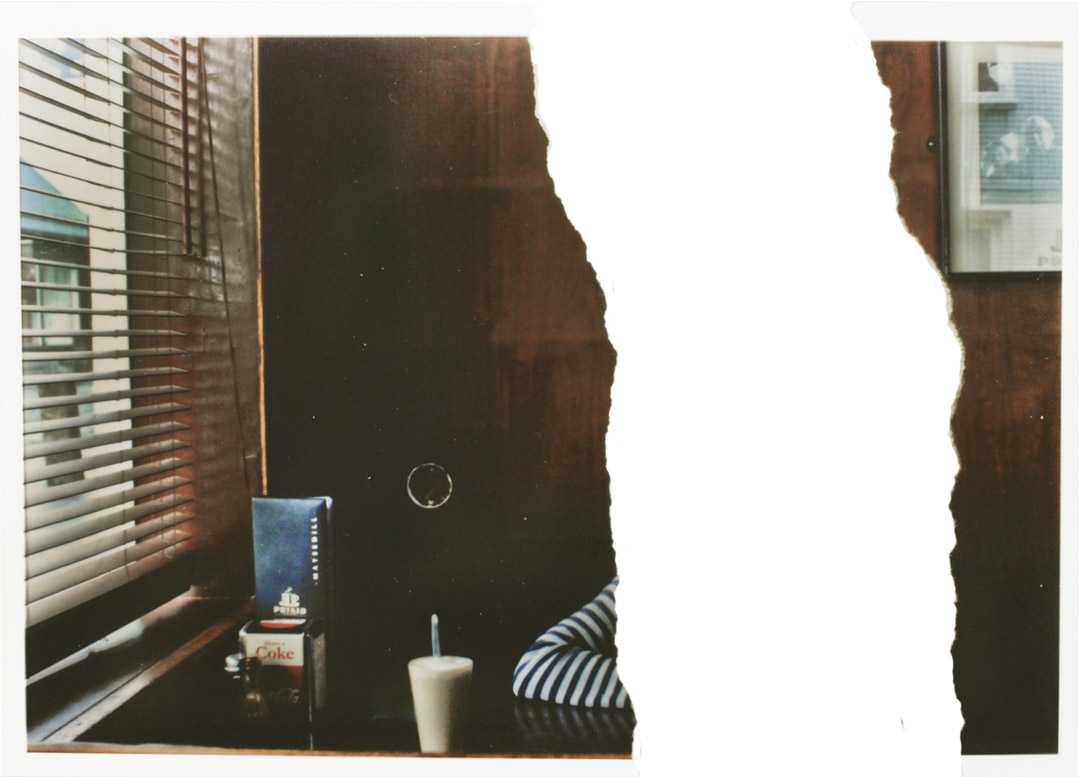 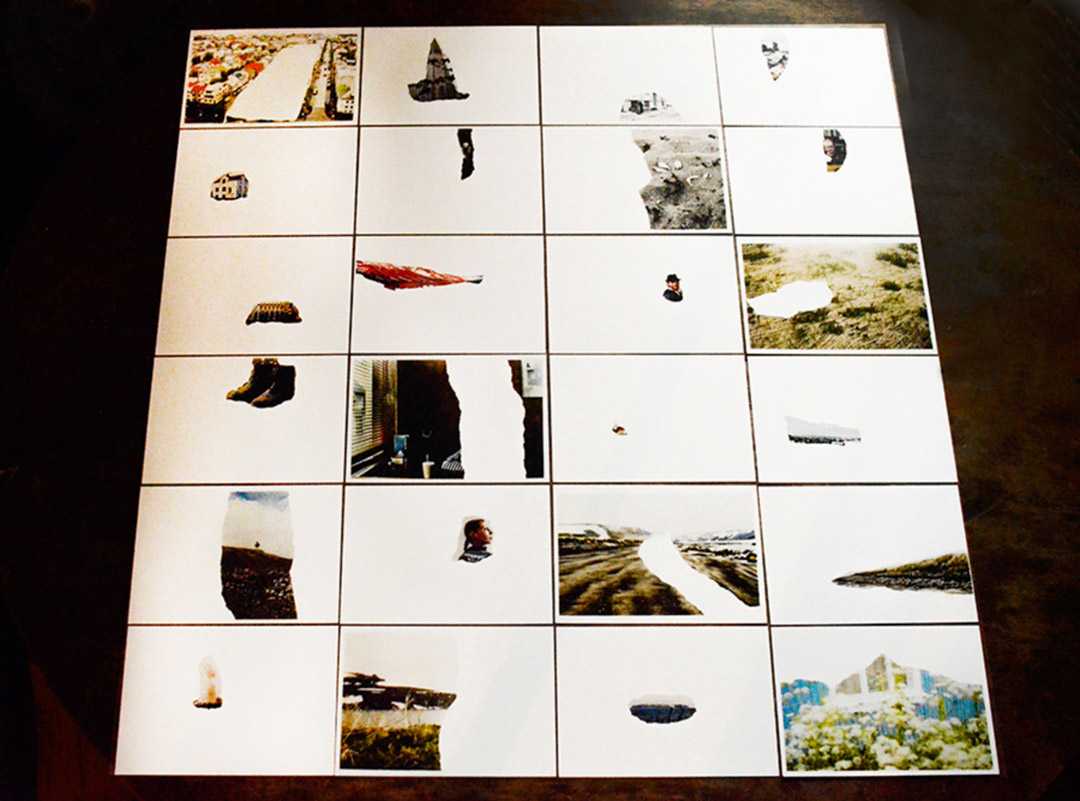 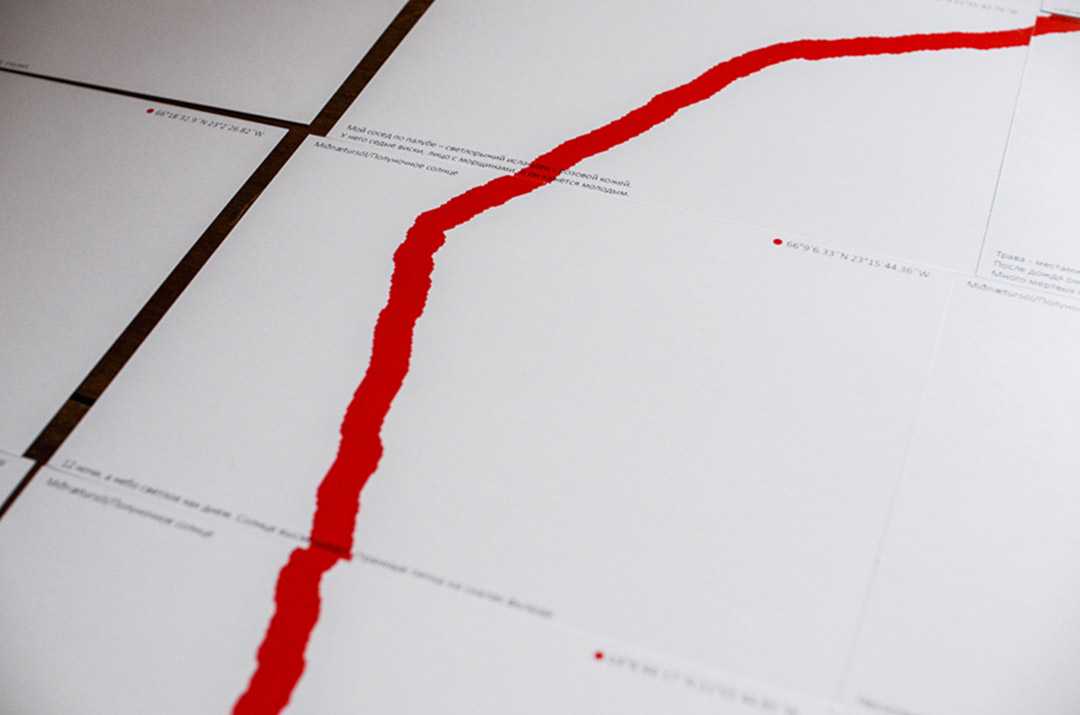 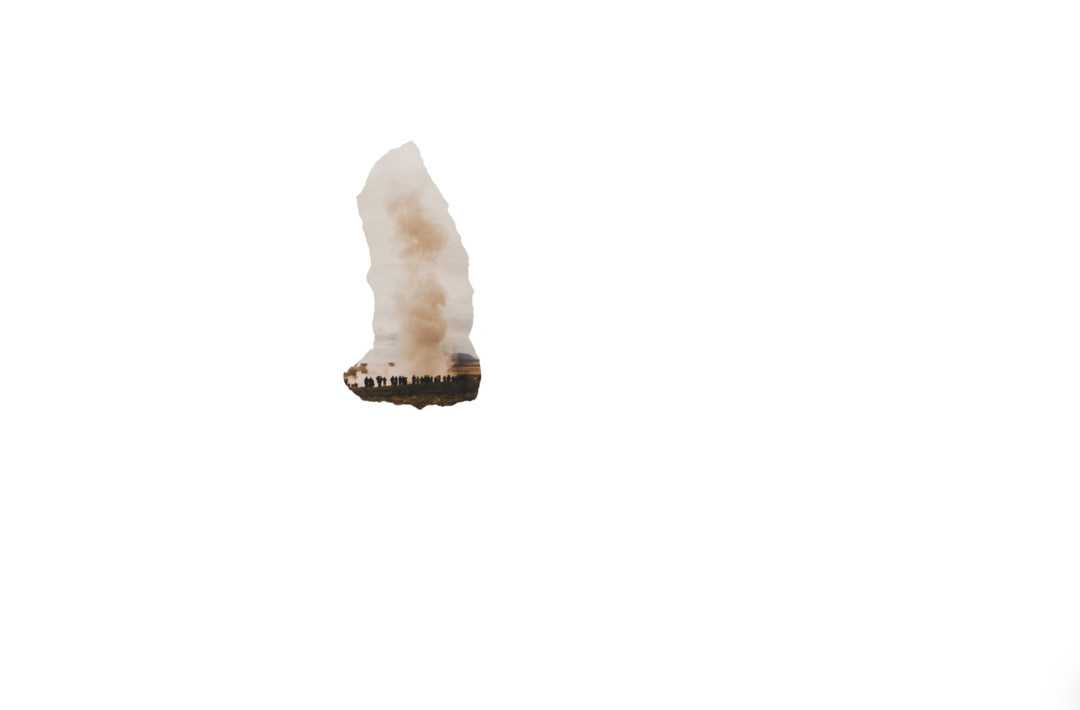 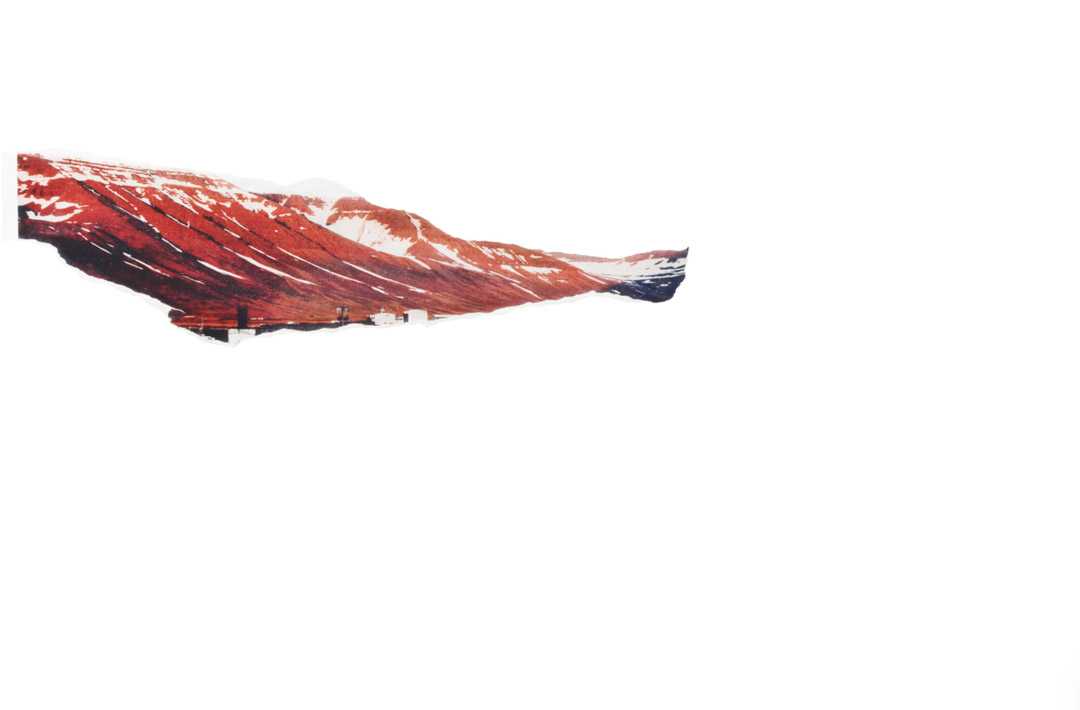 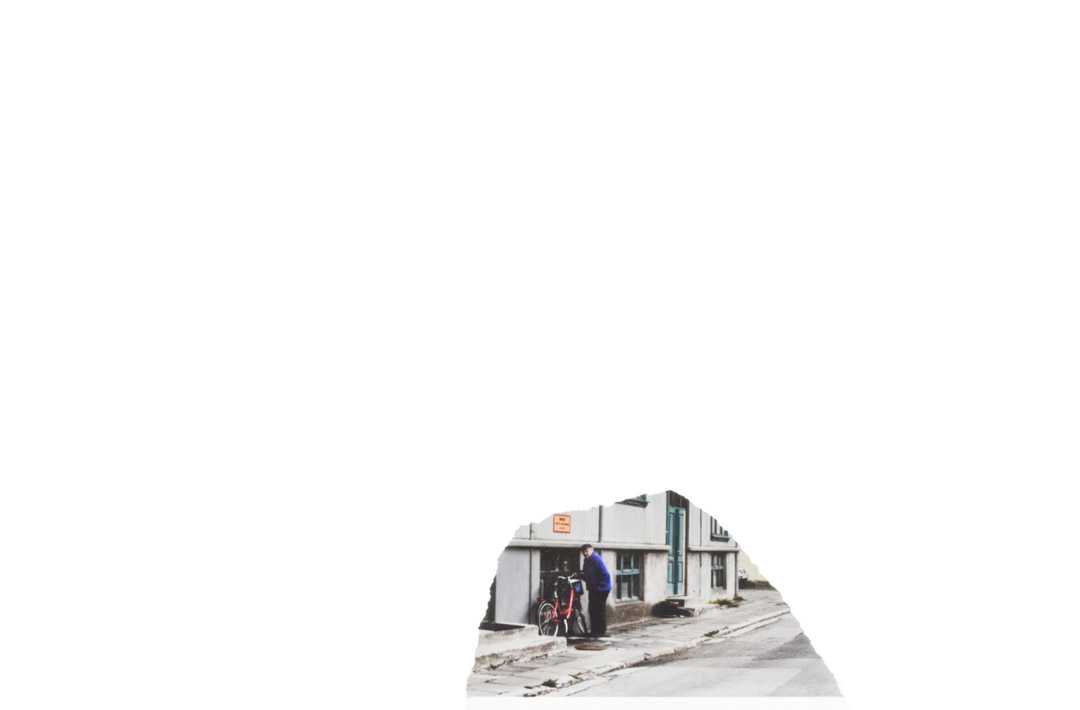 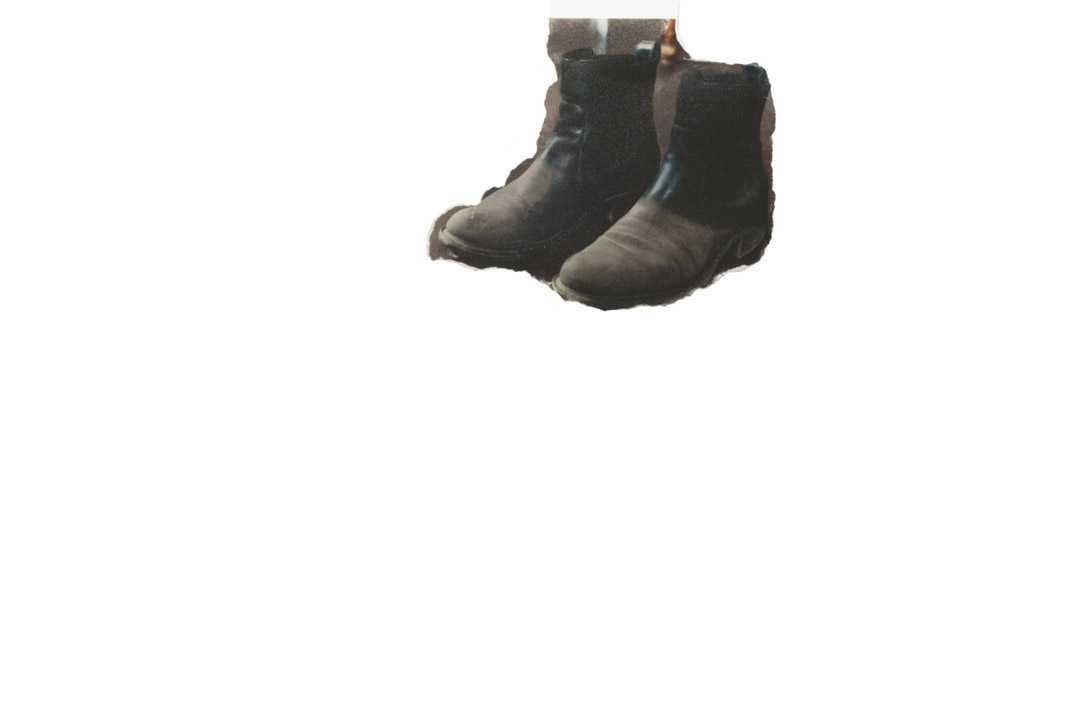 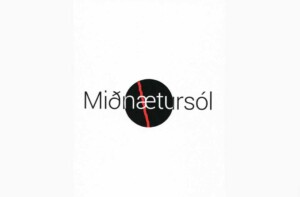 Memory is a fickle, unpredictable thing. Small and insignificant details can be held in the mind for years, whereas important information slips through and is lost in the blink of an eye. Russian artist Alla Mirovskaya reflects on the nature of memory in her new publication Miðnætursól (Midnight Sun), a collection of 24 unbound postcards featuring images she took in Iceland, occasionally annotated with excerpts from her diary.

At first glance, it seems as if Mirovskya’s images have been covered with Icelandic snow – the images are shown as fragments emerging unevenly from a white background. However, on closer inspection, it becomes apparent that Mirovskaya has deliberately excluded varying portions of her holiday album. All that can be seen are, for example, a church turret, a bespectacled face or a few waves on a cold-looking lake. The edges of the image are ripped randomly, in a process she describes as “based on a chance and an impulse”, sometimes forming what looks like a mountain skyline and in others a road running through the middle of the landscape. Mirovskaya removes large sections of the images with the intention to make them resemble her own memories, which can never be reproduced in their accurate, original form.

Re-assembling a splintered puzzle is an idea that continues when you view the postcards placed side by side as a grid, in an order which Mirovskaya demonstrates in an accompanying photo. On one side, the photographs form an accidental scene; old boots sit next to a phantom arm, a chessboard alongside a red mountain. The artist’s aim is for this to resemble an Icelandic landscape illuminated by the midnight sun, the low-hanging light only catching a few objects in its field: just like when someone tries to recall a complete picture of a specific moment in time.

The other side of the puzzle is blank, except for a thick bolt of bold red lightning and a few lines from her diary: musings that do not describe or objectively relate to the images they are paired with. The text fragments are, in this way, similar to the photo fragments: frustrating in their lack of illumination. The postcard medium is well suited to Mirovskaya’s theme of a trip, drawing an obvious parallel between memories in our minds and postcards as physical mementos, but when laid out flat, the objects themselves withhold so much information that they reveal nothing further to her story. In this way, we’re asked not to try to understand her elusive memories, but only to contemplate memory itself as a concept. For the reader, Mirovskaya’s memories, although charming, remain strictly her own.

Midnight Sun is produced in an edition of only 50 and is available in Russian and English. It’s available for sale online.