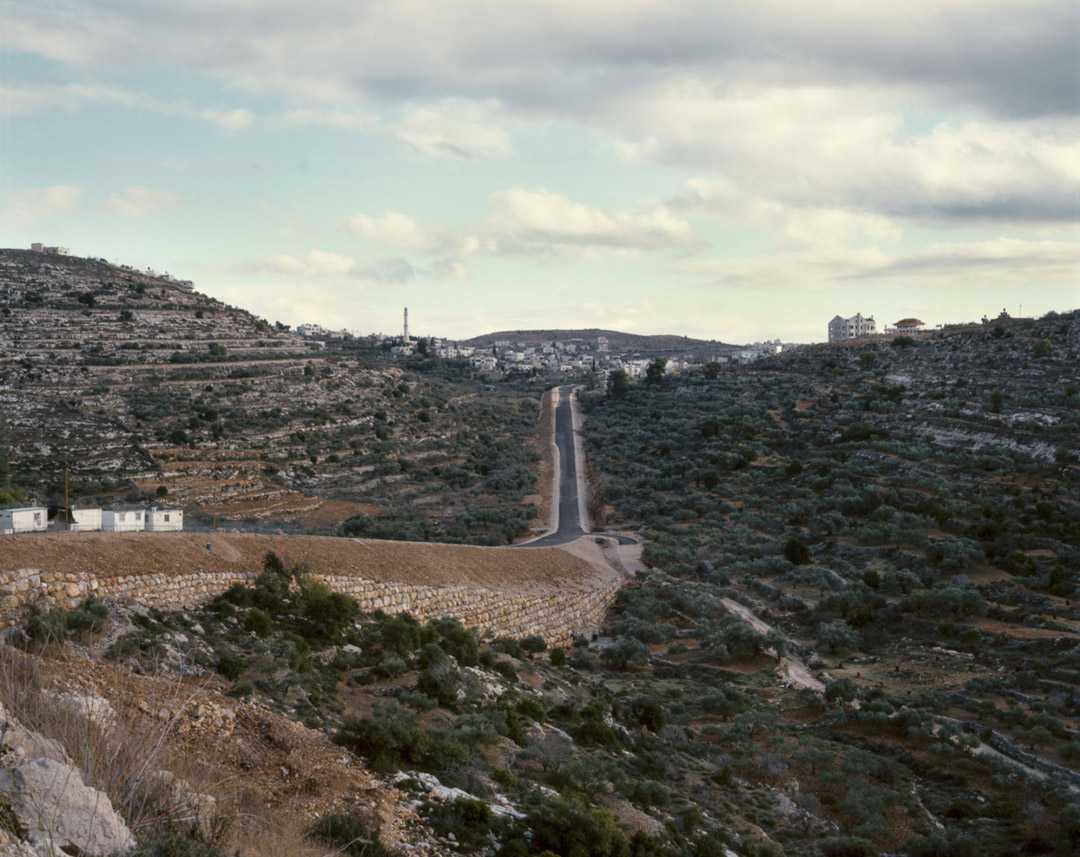 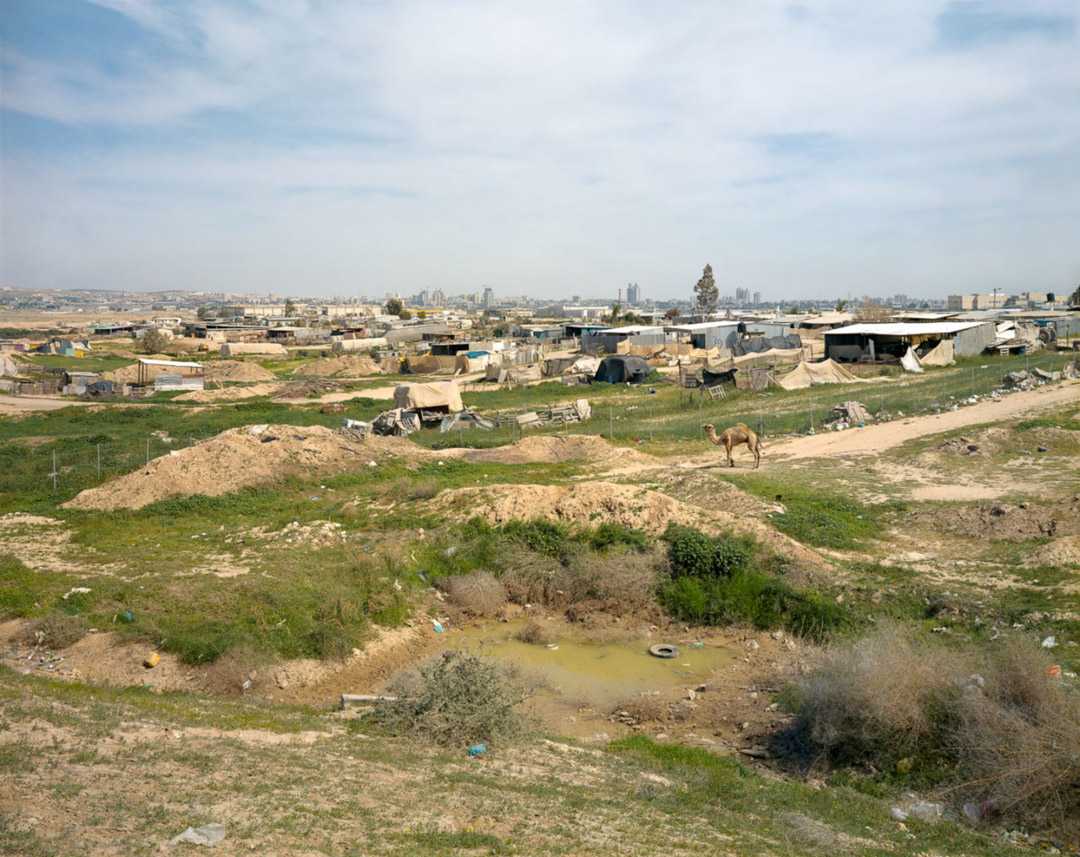 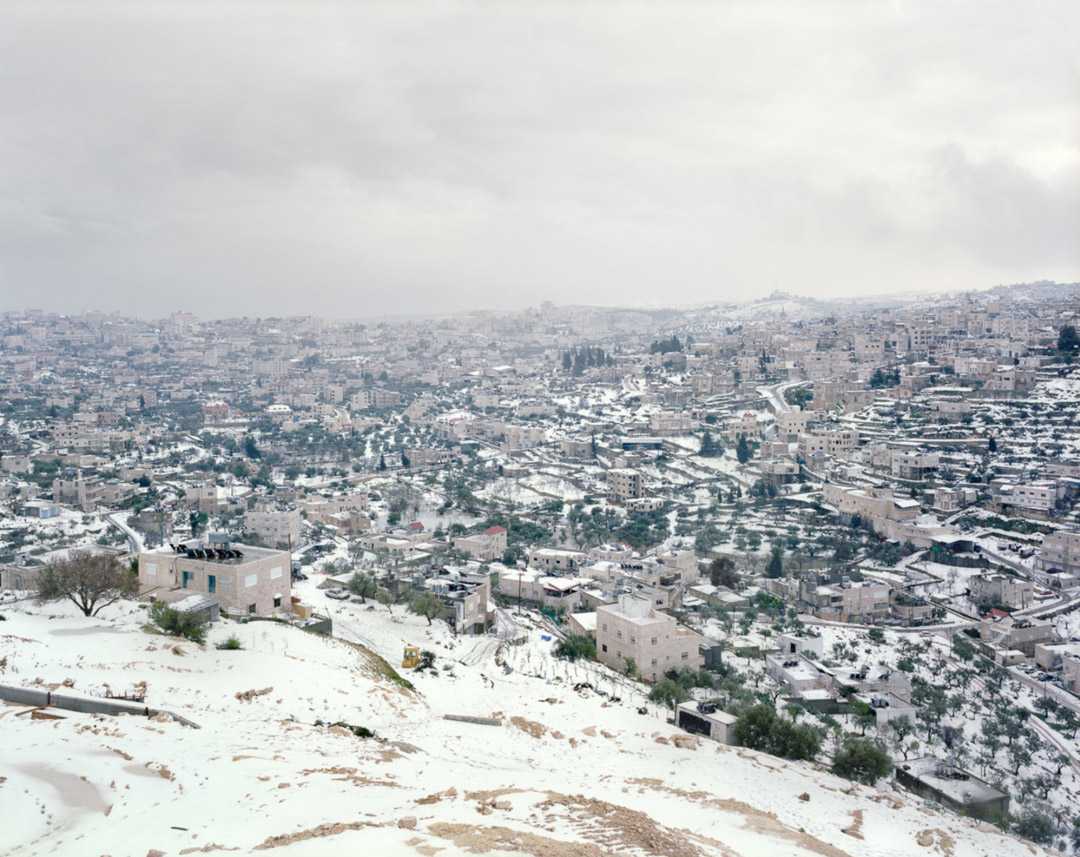 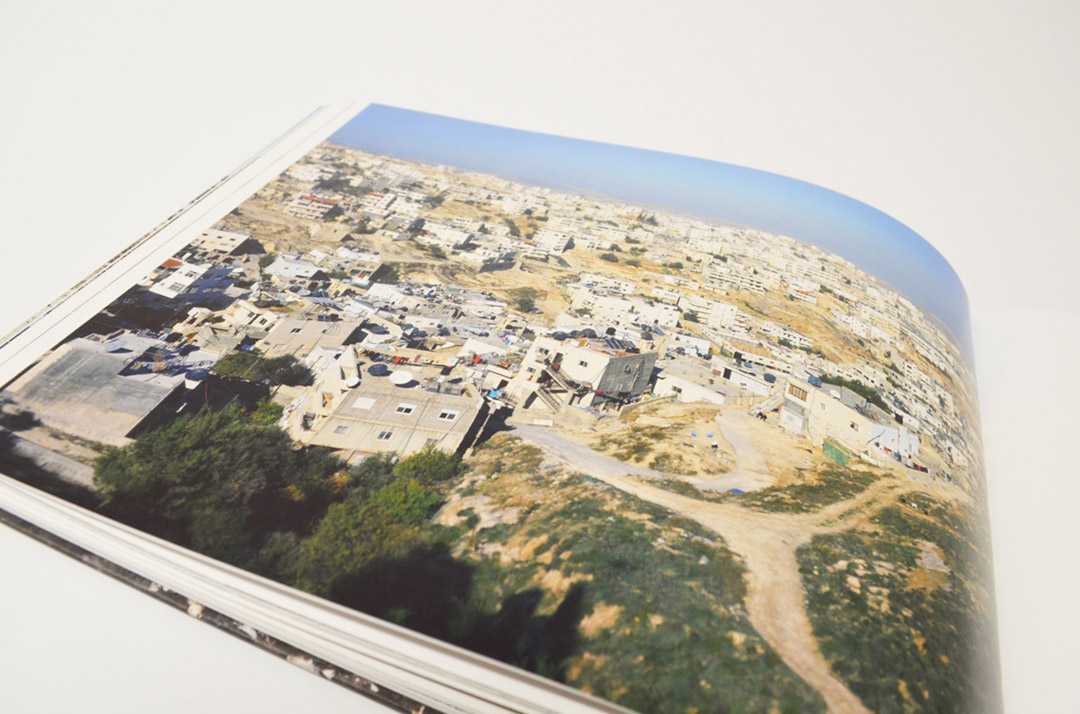 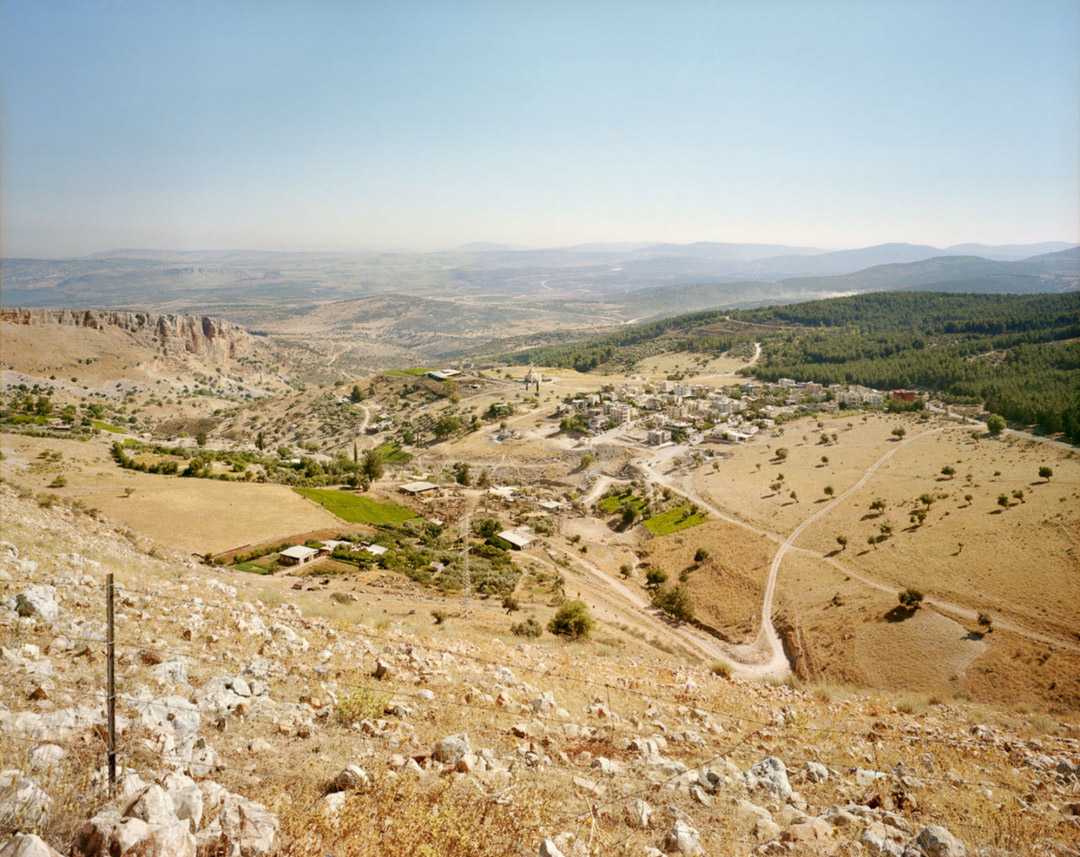 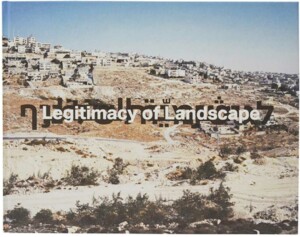 The state of Israel is a conflict-ridden area, full of so many complications that it is a rather intimidating subject to broach. The land, contested between the Israelis and Palestinians, is split in defined areas, although there are often blurred lines and disputes between them. Twenty per cent of the population of Israel is Muslim (not including the Gaza Strip and West Bank), but their towns are underdeveloped in comparison with the Jewish areas, who receive backing from the Israeli government to move in and develop. Jerusalem-based Yaakov Israel (1974) travelled across his homeland in his book, Legitimacy of Landscape, to give attention to these neglected and intersected areas, confronting the viewer with the realness of these ‘invisible’ landscapes.

Every single image in the book shows the sandy, blue/grey-skied landscapes of Israel, from tiny settlements to large towns, and at first glance they may seem quite regular, but on closer inspection, small details betray tension. Barbed wire and high walls form strict borders and the distinct lack of people hints at an underlying unrest. The majority of houses have flat roofs, in Palestinian style, but a few more luxurious buildings with sloped and tiled roofs of Jewish residents disturb the scenery. In some towns, the architecture styles split the areas in two, highlighted by the literal divide in the spread of the pages. Other signs include the development of highways around the Jewish areas protected by fences, whilst roads to Palestinian houses are mostly dirt-tracks, signifying their inequality. The incredibly detailed photographs, taken on a large format camera, are almost like a sort of Where’s Wally for signs of conflict, the viewer prompted to scan every aspect of the image to discern what exactly separates these people, as well as to appreciate the rocky land.

The images themselves contain no captions, which is at first frustrating, as in this complicated and layered country, it would be helpful to have some kind of explanation as to what the viewer is seeing. One later realises that the artist clearly wanted the viewer to form their own opinion of what was in front of them, as it can be difficult to even mention Israel and Palestine without touching on a sensitive subject. These images do not try to sway the opinion of the viewer, they simply show the land exactly how it is, although the essay in the back from Dr Mark Long does help understanding somewhat. The text is written in English, Hebrew and Arabic, highlighting the photographer’s aim to remain neutral, simply showing what he saw.

The areas portrayed in this book consist of pieces of land that many people in Israel wished just did not exist, full of what they consider ‘the other’. In reality, they are just homes of many people stuck in a conflict-torn country and showing signs of weariness. These places can be passed by, turning a blind eye to the reality here, and the photographer has given time and dedication to something which many people would rather ignore, expressing his own exasperation at his home country. Some of these places are not even marked on maps and many times whilst photographing, Israel himself did not know in which territory he was standing. The images in the book force the reader to acknowledge the towns and question their legitimacy, adding yet another layer to a conflict which is complex, polarising and sees no sign of ending soon.