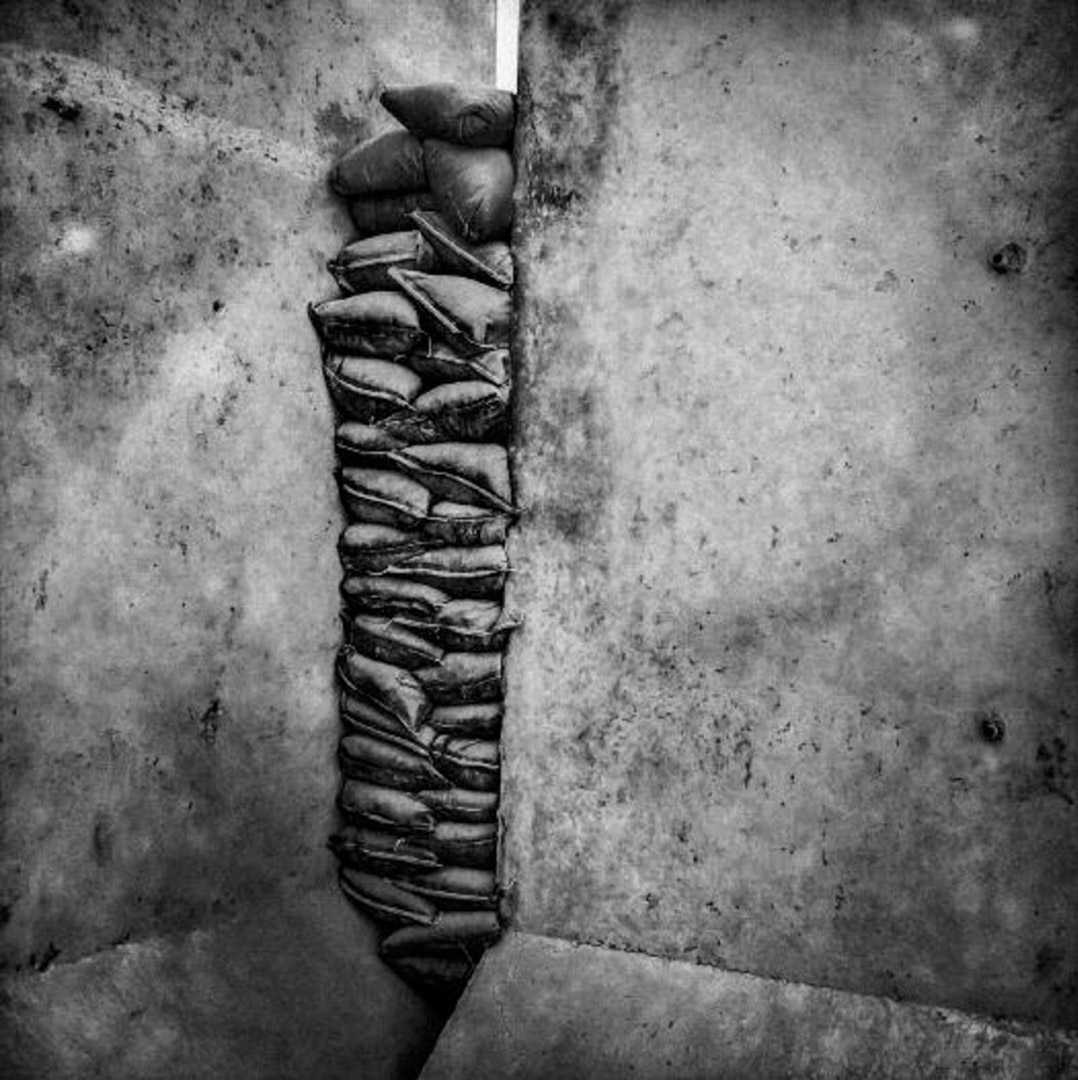 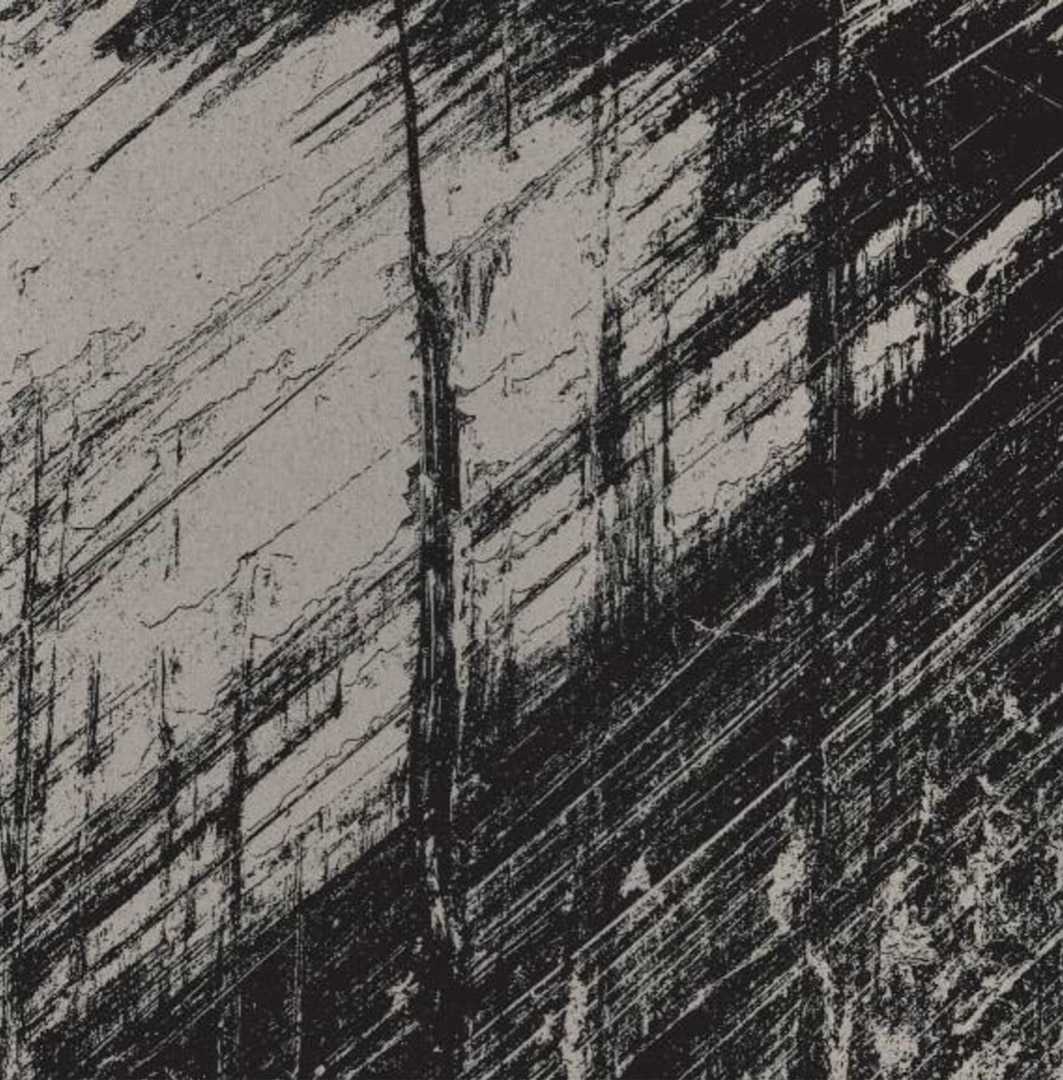 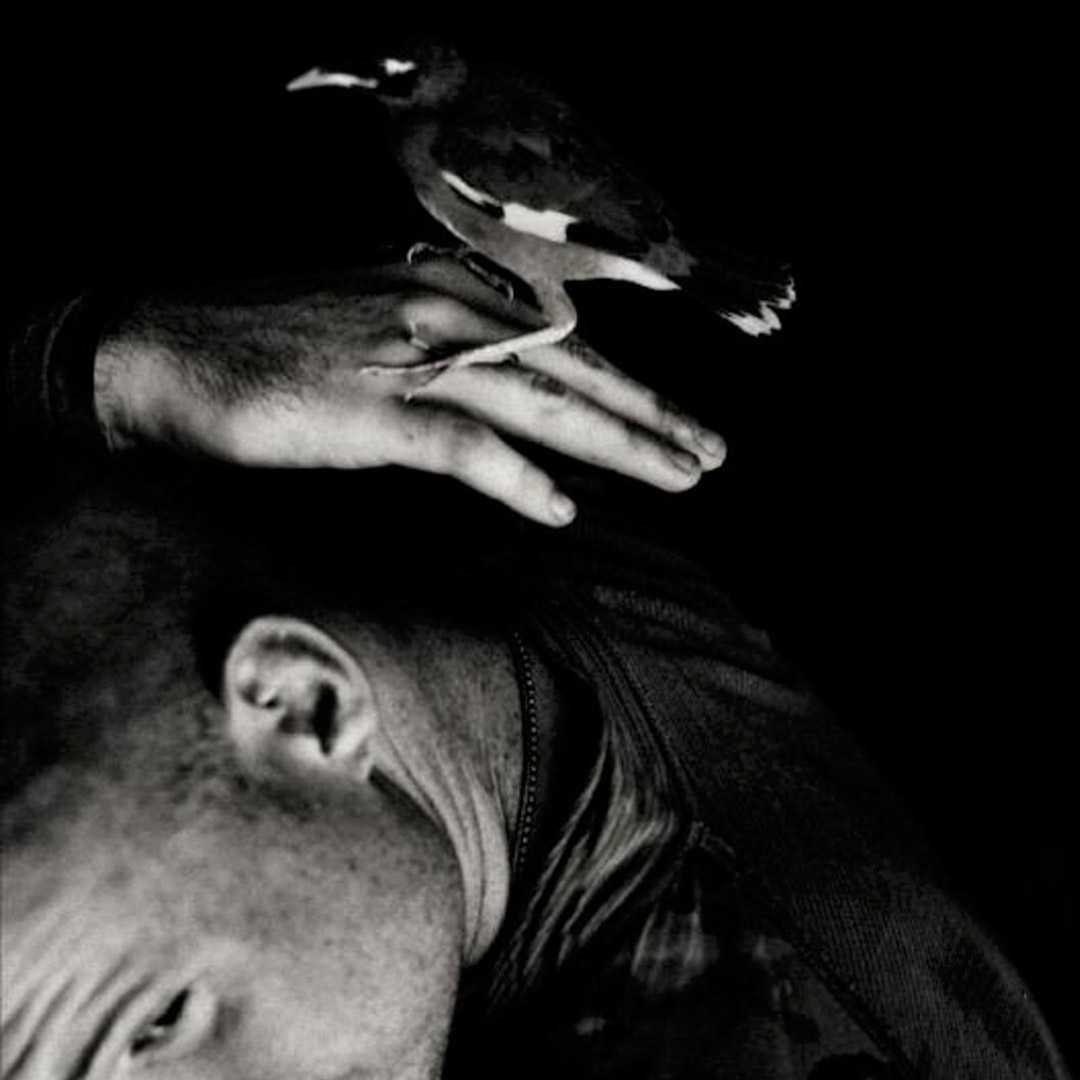 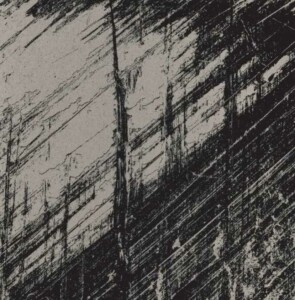 Inshallah, the first monograph of Ukrainian-American photographer Dima Gavrysh (1978), contains grainy black and white images of war. The large format of the book, with a thick cardboard cover, makes leafing through it literally a heavy experience. However, the subject of the book, war, isn’t photographed literally at all, but rather poetically, in gloomy and abstract images.

When Dima Gavrysh was growing up in Ukraine, his country (then the Soviet Union) was at war with Afghanistan, and he romanticised the war, as he writes in his afterword. After the USA, his current country, invaded Afghanistan in 2001, he started exploring his fascination with war.

As a news photographer who works for large photo agencies and newspapers, he was embedded in the US army in Afghanistan for a few months in 2009. The resulting photos, at least the ones that he included in Inshallah, are not typical war pictures; they do not show a clear overview of war, or heroic moments of soldiers, but they rather zoom in on the texture of the floor littered with bullet sleeves, or the pattern of sandbags blocking an opening between two walls. Visually interesting moments of soldiers’ leisure time are also shown: playing with a small bird on one’s hand, smoking cigarettes. Though these photos might have been made during war, they don’t highlight the things that we usually associate with war.

The only reminder that war is something that’s really destructive is to be found in the gloominess and darkness of the black and white photos. Also, some photos look at the wonderful shapes a bombing makes for — but these aren’t straightforward narratives either, since they are at once showing destruction, and visual fascination with that destruction.

Gavrysh’s photos aren’t judging the war, they’re just indulging in the visual beauty of shapes and textures that are around in a place of war. The book is not the romanticised view on war that an outsider has, and is therefore a departure from Gavrish’s youthful fantasies. Inshallah (meaning ‘God willing’ in Arabic) is more the felt experience of a person who is present in a war, with the human need to look away from the atrocities and instead seek out the beautiful, even if it is to be found in the war itself.

Inshallah is available for sale from its publisher Kehrer Verlag.