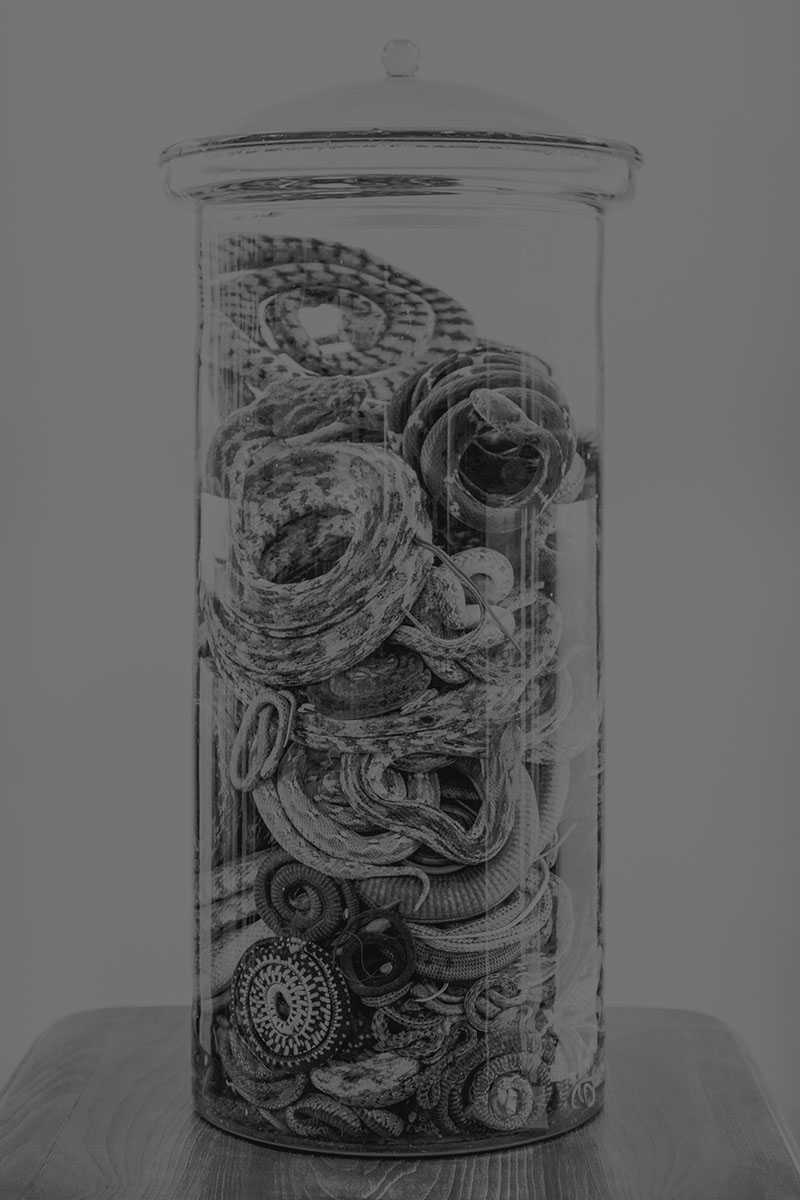 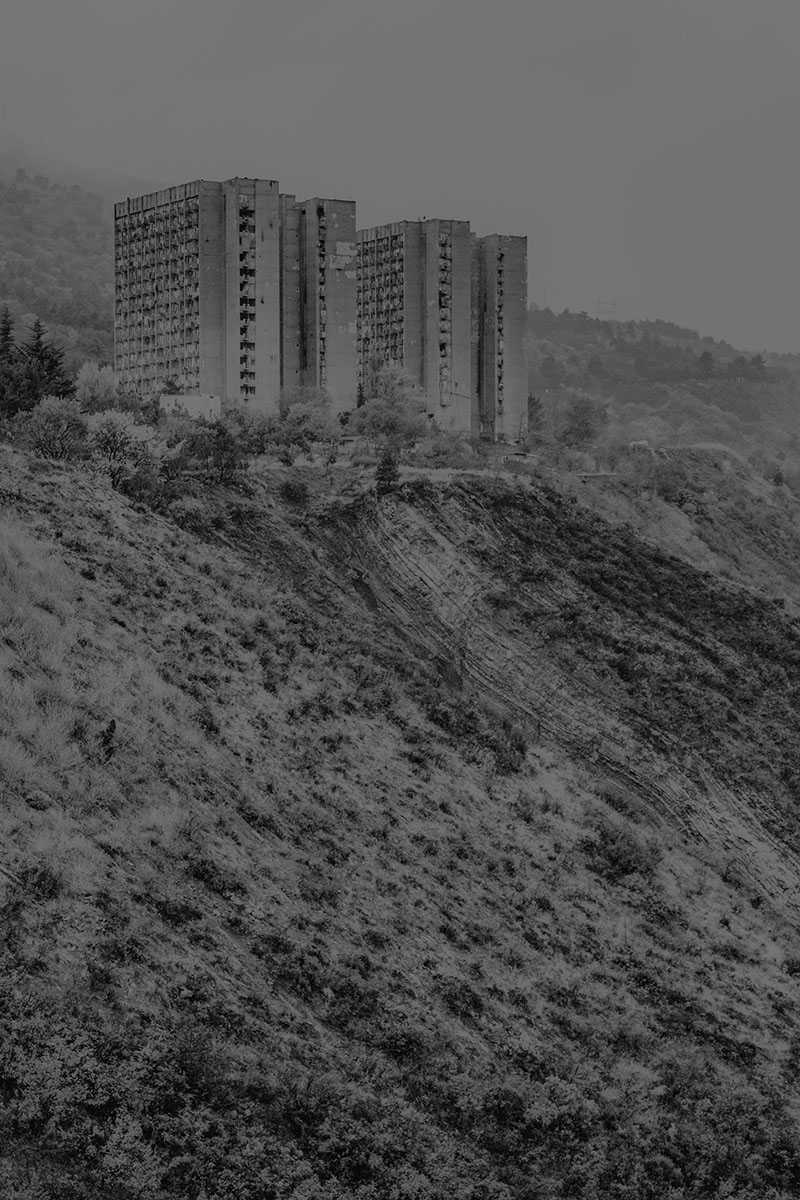 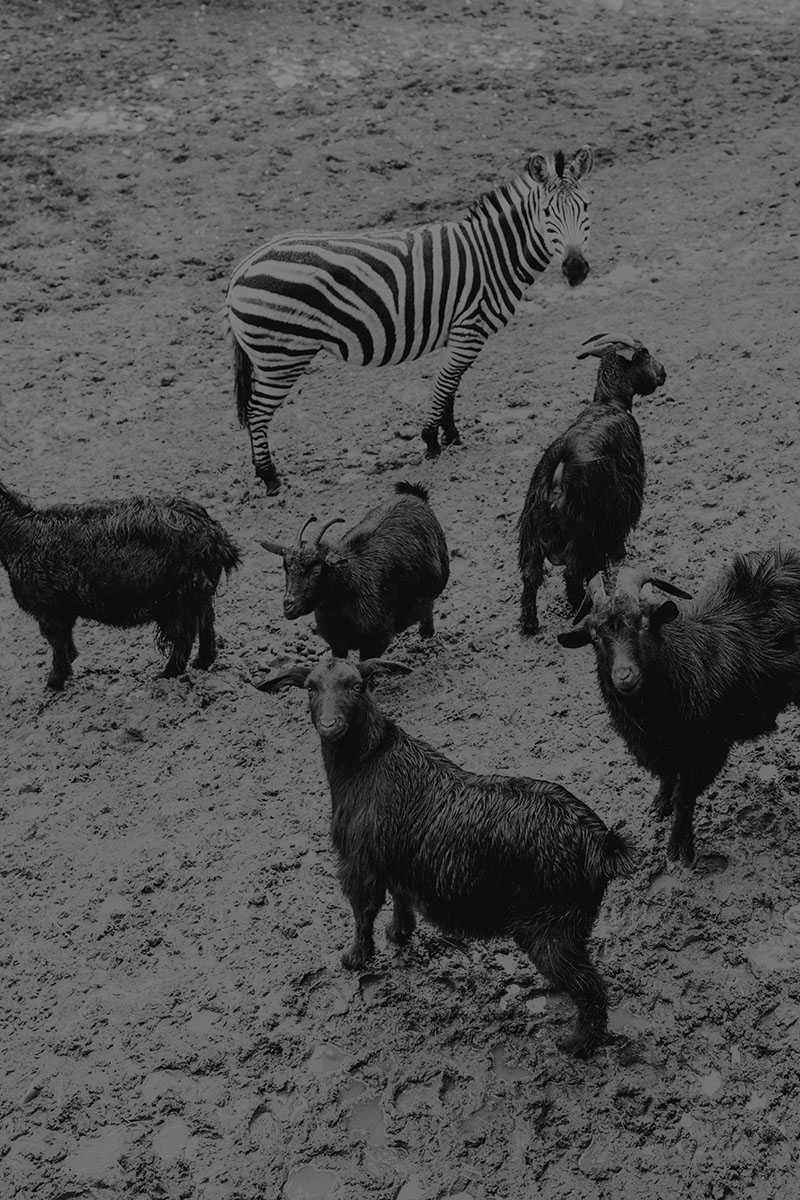 Francesco Merlini (b.1986, Italy) is a Milan-based photographer who focuses on long-term documentary projects that merge the worlds of both photojournalism and the symbolic. Recently, together with VOID, he published a photobook ‘The Flood’, featuring images from Georgia’s capital – Tbilisi. Particularly, his project showcases the story and the impact of the city’s major flooding in 2015. At the time, the Vere River spilled over due to a huge landslide that happened near the city. Consequently, 19 lives were lost, many parts of Tbilisi were damaged, including the local zoo in which many animals died while others escaped. During the same year, the Georgian media showed only a linear narrative centred around the lost lives of humans while the foreign media concentrated on the animals roaming freely in the streets of Tbilisi. The animals lost and environmental damage has been mostly disregarded. The zoo lost more than 300 animals and now only a small fraction inhabits the facility.

The artist visited Tbilisi in 2017 with no original intentions to make a project about the flooding. It was only when he visited the zoo and the surrounding area in person when he felt the impact of the event on the place. Merlini, therefore, decided to critically approach the media reproduction of the event through freeze frames and instead, to present his own perspective.

The book is composed of exclusively black-and-white images, to be more precise, they are rather black-and-grey. His approach and aesthetics can be connected to the genre of late/aftermath photography, defined as images taken after specific events have ended where only traces, fragments and empty buildings are left behind. This genre generally highlights stillness in contrast to freeze frames, which are usually distributed immediately after an event has happened. Instead of being sensationalist or graphic, Merlini’s photographs are open to interpretation – they provide space for contemplation. As if the event lures over the images through the greyness… 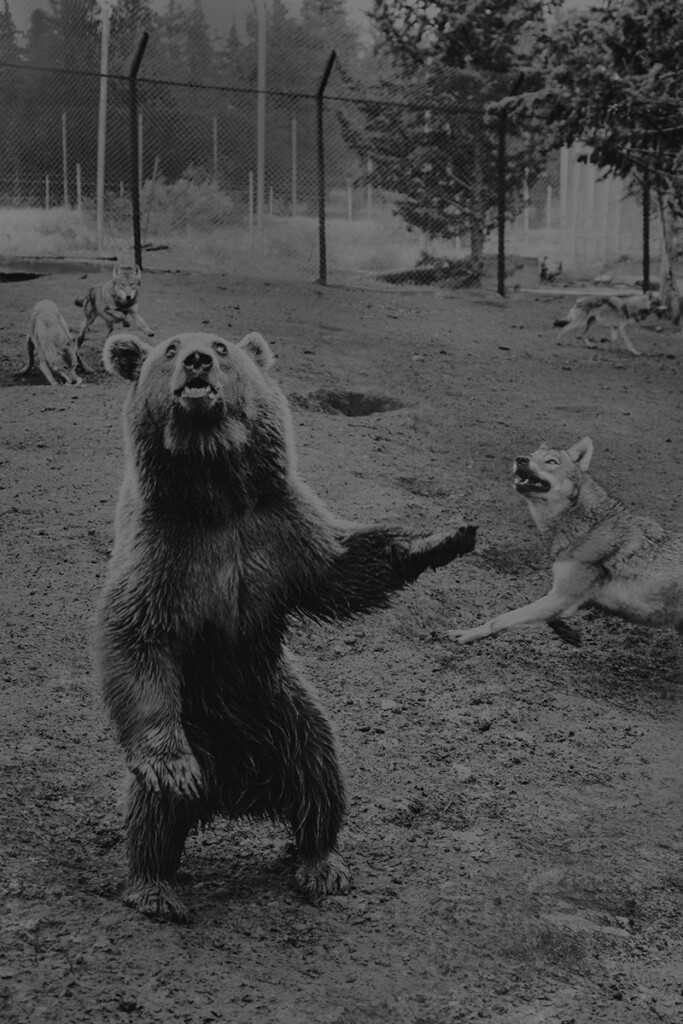 His desolate landscapes and photographs of animals only contain traces of humans and their actions. Merlini’s choice of monochrome palette neutralizes the specificity of the place, creating a sense of distance, emptiness and stillness, in the end, disorienting the viewers. As art historian Donna West Brett argues in her book ‘Photography and Place’ (2015), traumatic events have a direct effect on specific places which results in new ways of perceiving them. More specifically, this new perception depends on how events and the affected historical places, memory and trauma are represented and leave a trace in empty photographs. She states that alike images can be interpreted as “both constructing notions of place, and in turn, as being constructed by place.” Brett connects this notion to empty landscape photographs which to her are highlighted by traumatic and astigmatic vision which reveals “the tension between seeing and not seeing events and places of trauma” where aftermath photographs of particular sites of memory and trauma function as indicators of the initial event. Consequently, aftermath photographs refer “to what is not depicted in the picture frame” and hence, create a different relationship with history and memory.

Merlini, therefore, not only confronts traditional representations of traumatic events in documentary tradition as immediate and easily accessible but also questions viewers’ positioning in relation to the Tbilisi flooding. Through their withdrawn and impersonal aesthetics, his late photographs separate themselves from the dominant visual stream of images, stimulating a critical understanding of the event in contrast to the mainstream narrative. In this case, re-directing our thoughts towards the possible causes of the event. 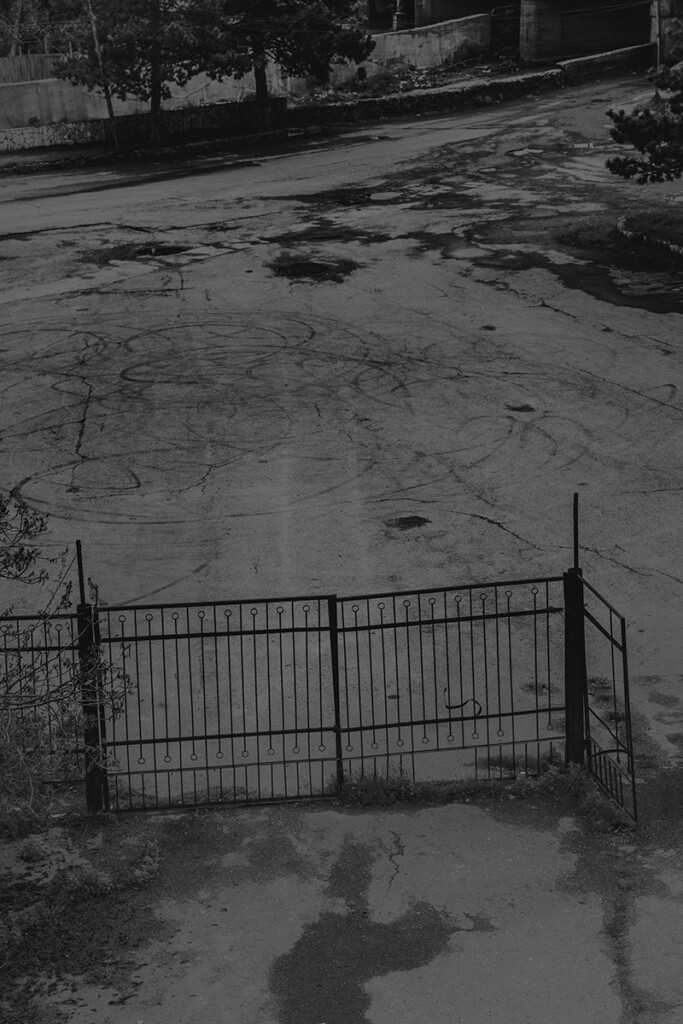 Francesco Merlini is a Milan-based photographer who focuses on long-term documentary projects that merge the worlds of both photojournalism and the symbolic. In 2016 he was selected by the British Journal of Photography for ‘The Talent Issue: Ones to Watch’. In 2020, Francesco was shortlisted for the “Prix HSBC pour la Photographie” and in 2021, he’s been one of the nominees for the Leica Oskar Barnack Award.