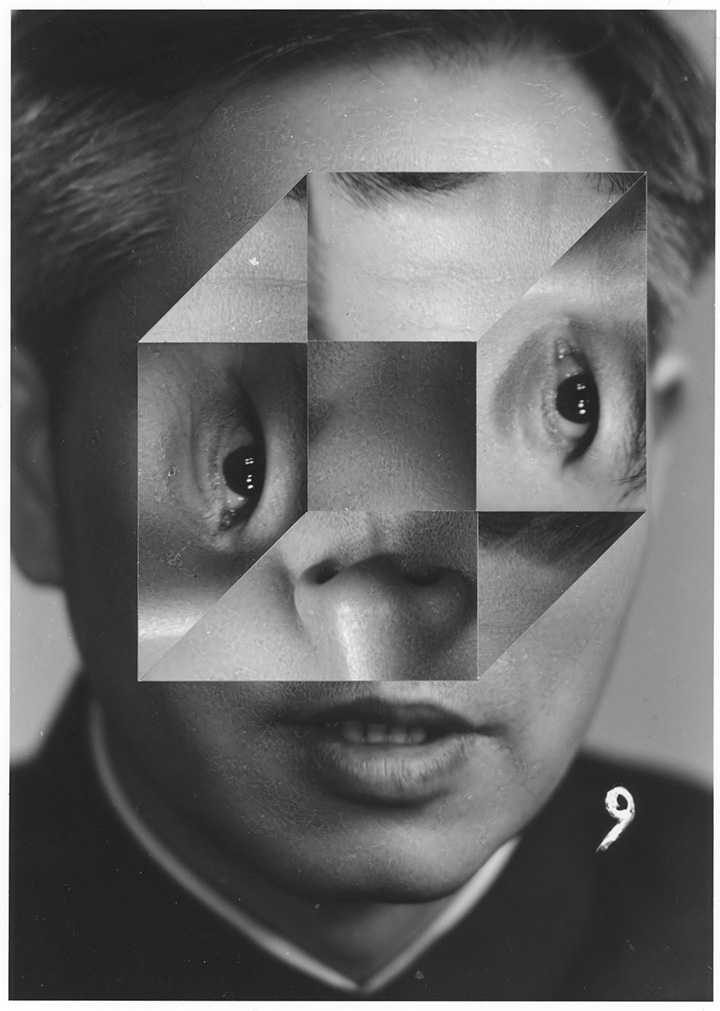 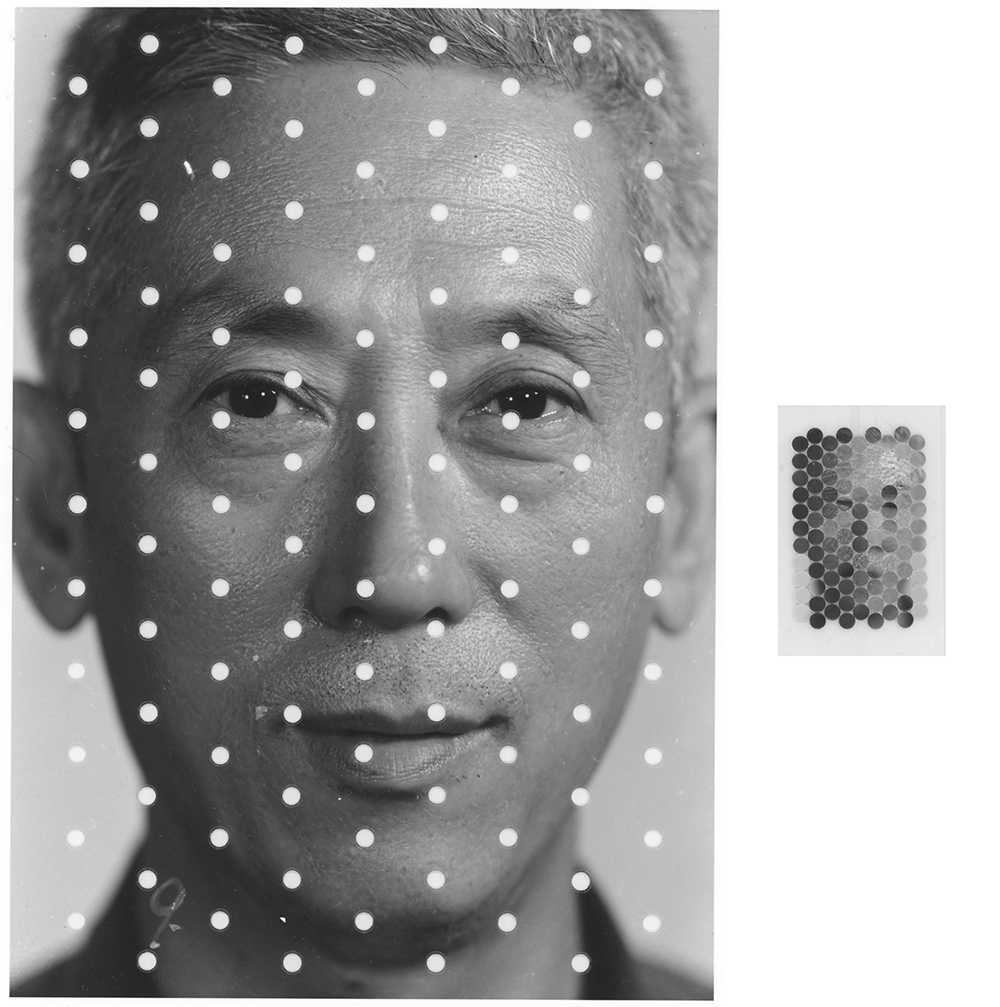 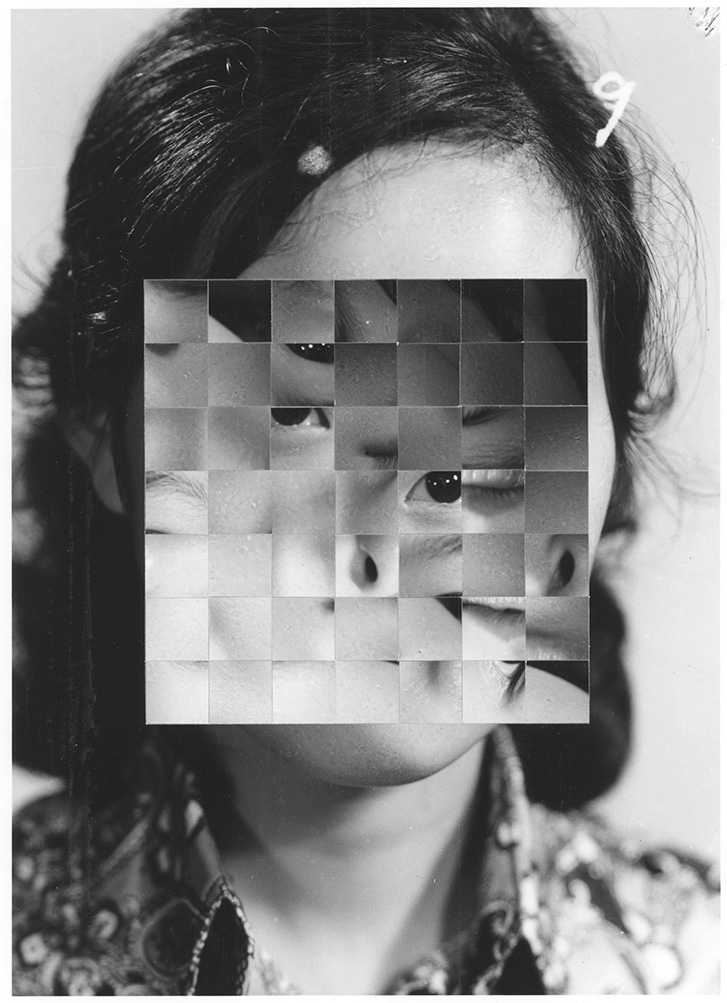 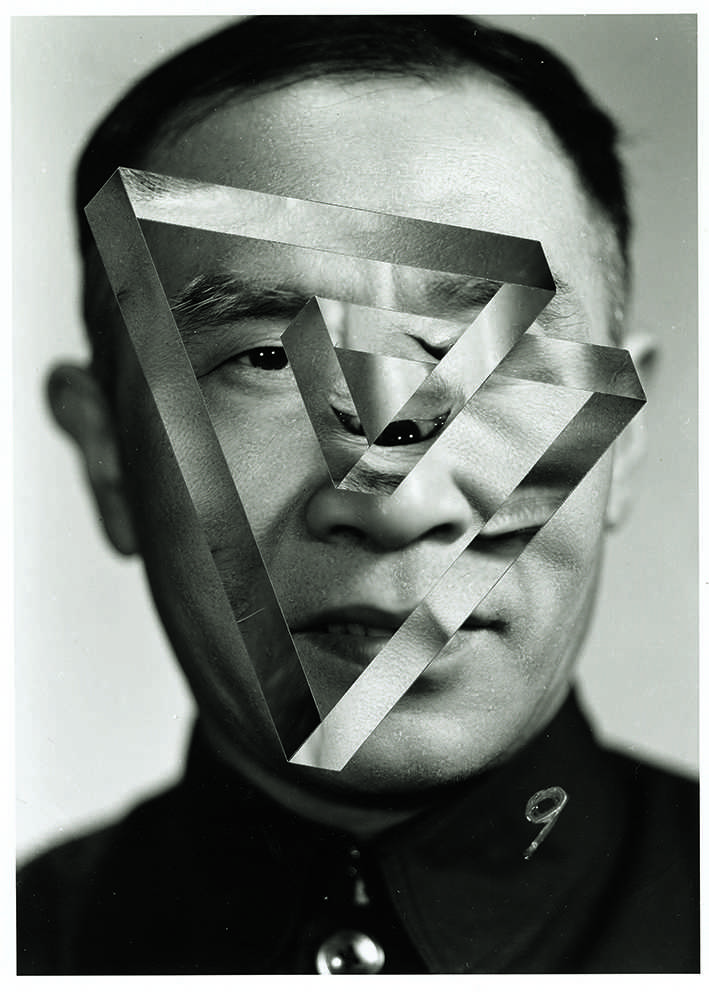 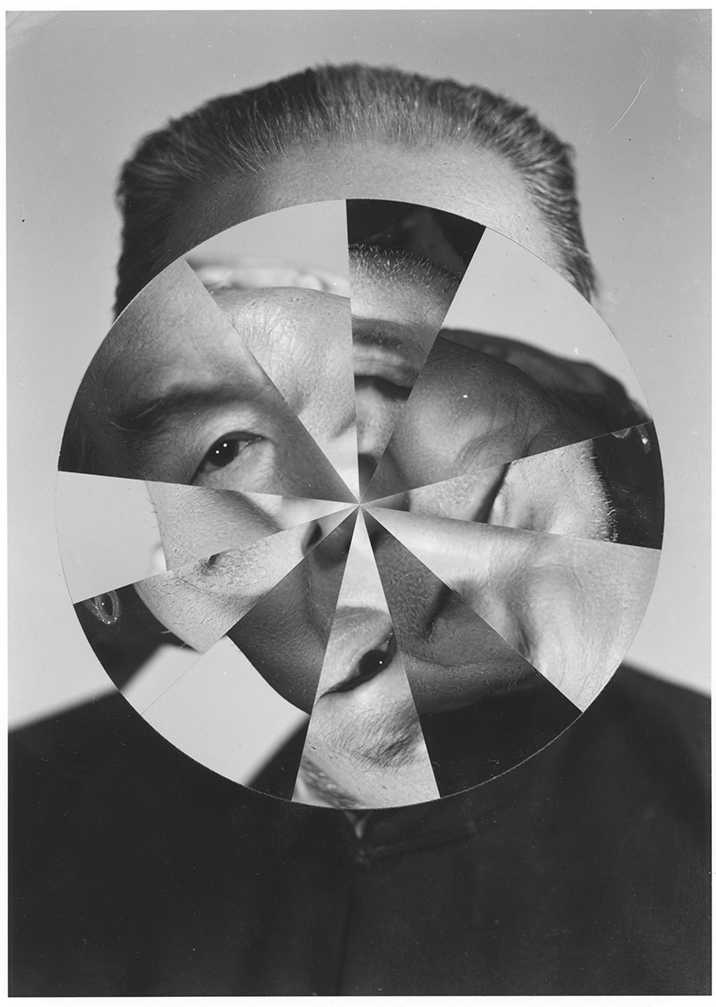 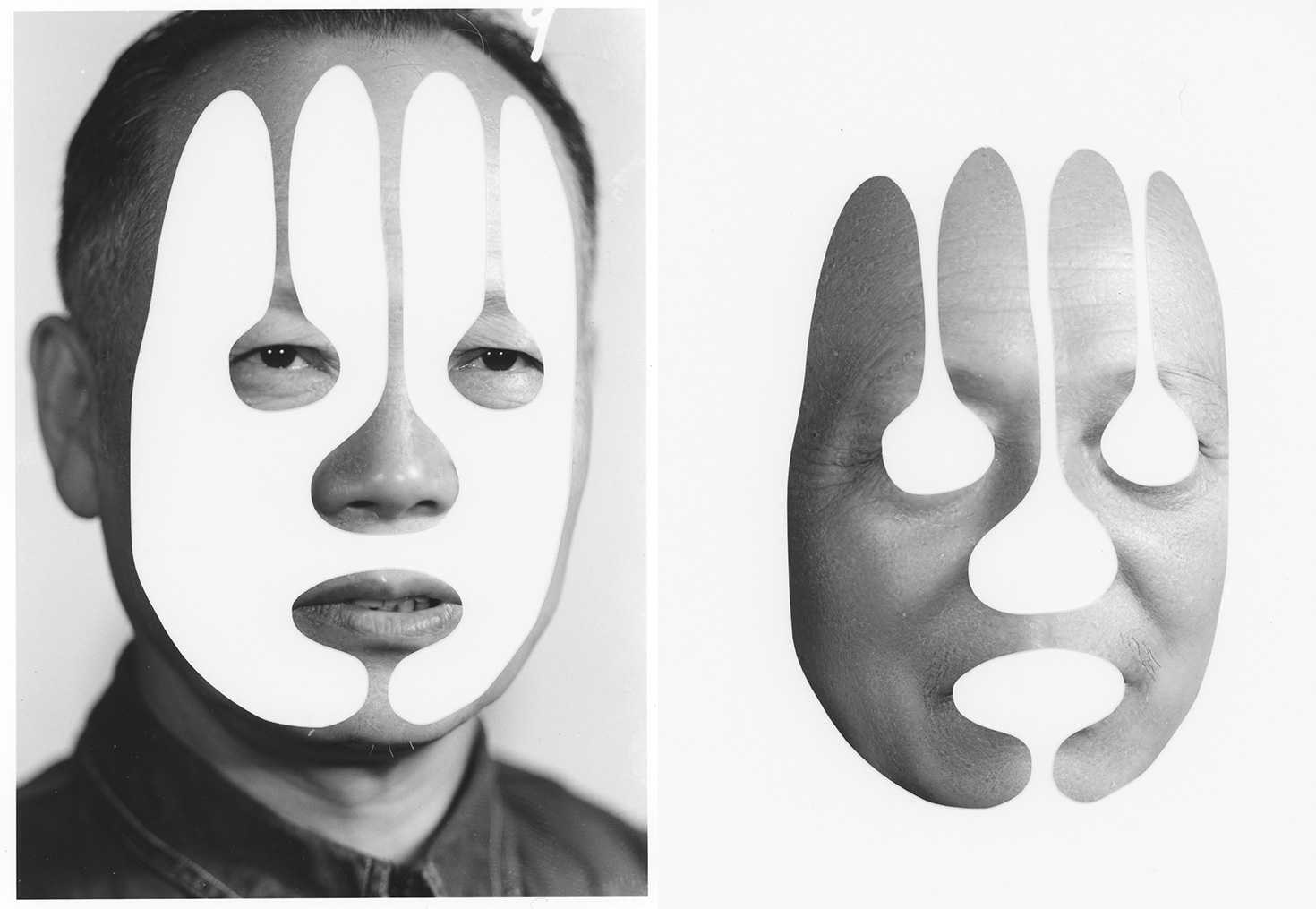 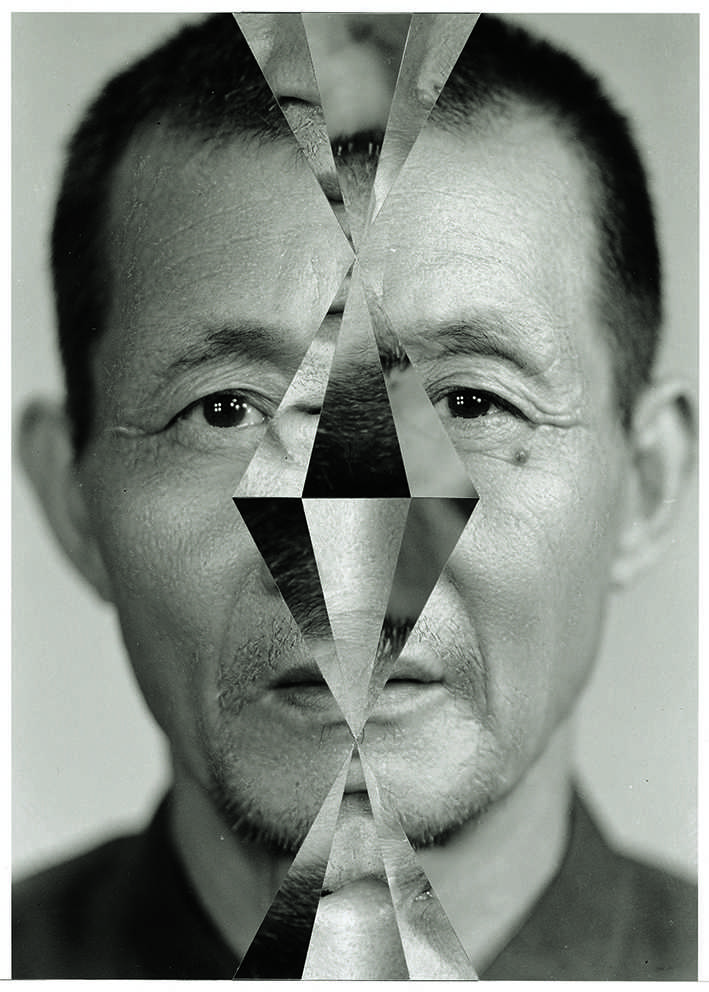 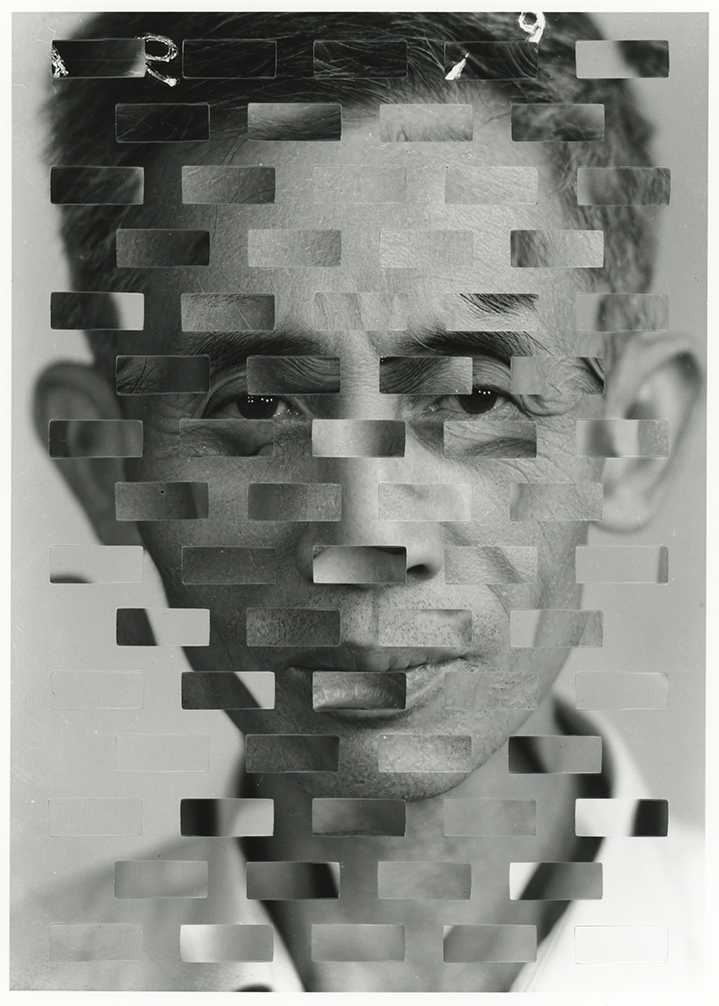 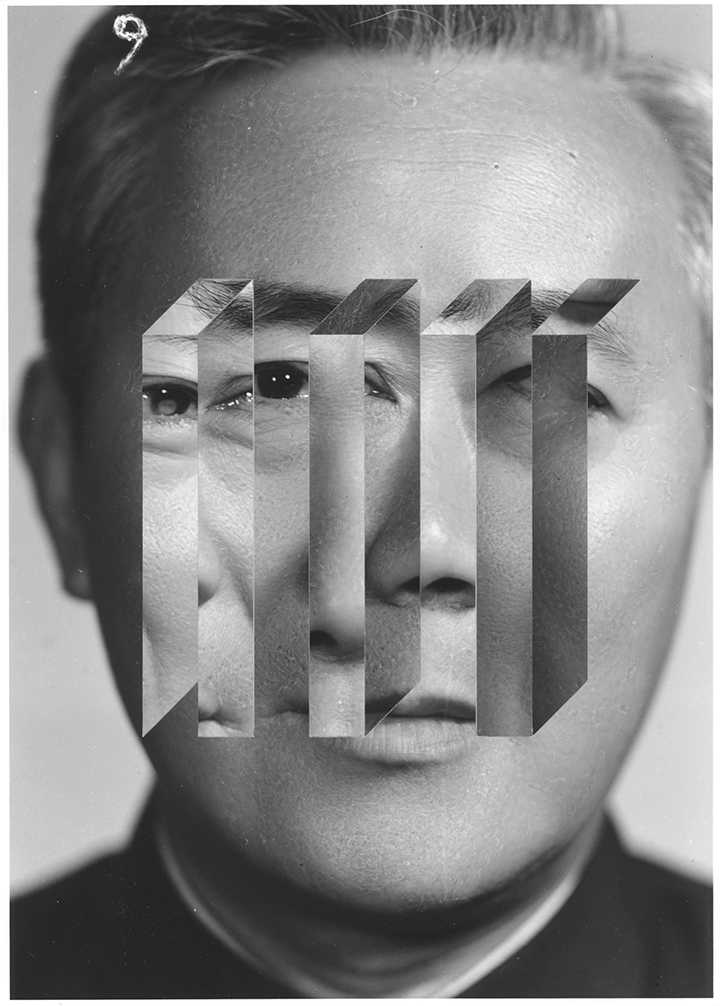 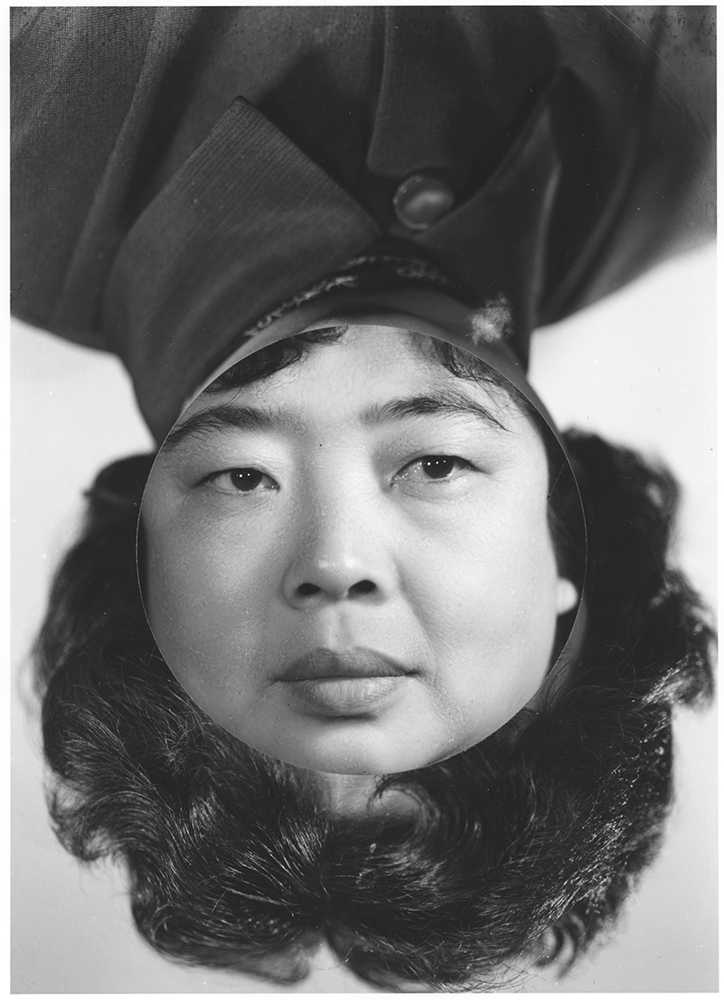 No More, No Less

In 2015, French artist and collector Thomas Sauvin (b. 1983) acquired an exercise book, produced by an unknown photography student from Shanghai University in the early 1980s, which he rescued from a recycling plant in the outskirts of Beijing for about 18 euros. The book, which comprises original contact prints, negatives and written notes by a photography professor, shows evidence of the student’s commitment to mastering the art of portraiture. During a studio visit from Kensuke Koike (b. 1980) — a Japanese collage artist based in Italy, who is equally intrigued by the artistic potential of found images — the two agreed the nature of the material (static, repetitive and dull) was the perfect playground for Koike’s boundless imagination. With a simple blade and adhesive tape, Koike began deconstructing and rearranging the images into mathematically precise reinventions. The result of the experiment is their first collaborative project titled ‘No More, No Less’, which refers to Koike’s one single formal rule: nothing is added or removed.

Sauvin has been collecting photographic curiosities for over a decade, slowly building up an astonishing archive (known as ‘Beijing Silvermine’) of countless pictures, albums, prints and other vernacular objects he discovers at flea markets and online auctions. Having browsed through thousands of images from this collection, Koike’s eye was eventually caught by the exercise book. What started in Photoshop ended with infinite physical prototypes of optical illusions and mind-bending mosaics which challenge our ways of seeing. Through visual agnosia — surrealist spirals, dispersed dots and geometric gestures — the portrayed faces are reconfigured into puzzling formations. Prescribed with his signature style, the images have been given a second life: one of both transformation and freedom, and conservation and constraint. During this process of manual tearing and cutting, he stretches the possibilities of creating something new with the ready-made. 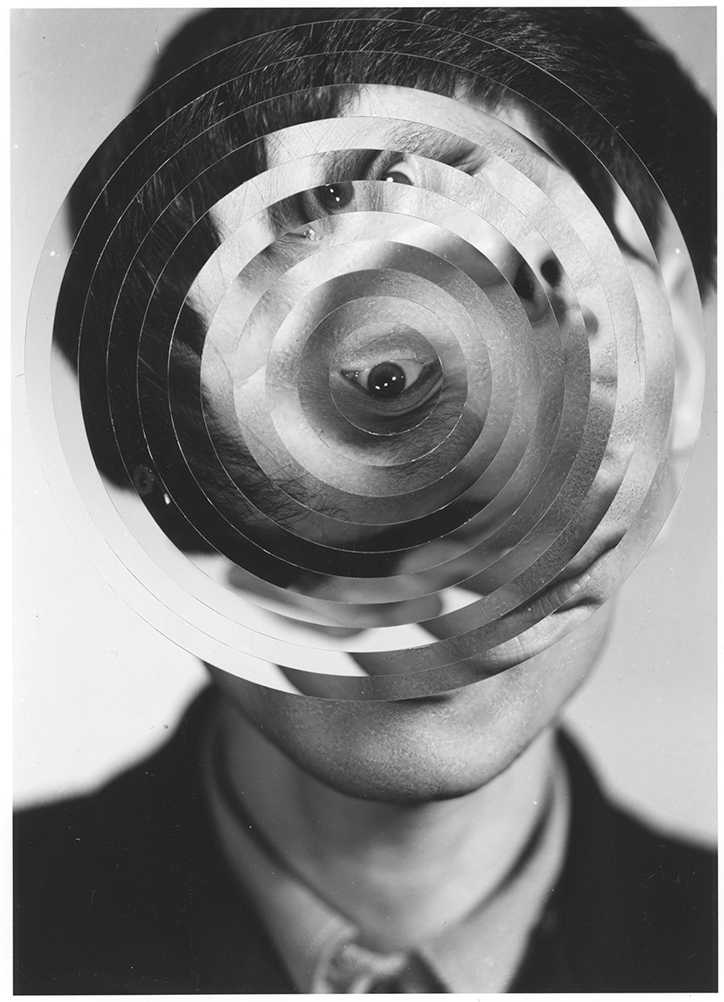 After exhibiting the series, the duo brainstormed about other ways to present the material. A publication seemed like the right fit, but Sauvin — who acted as Koike’s manager throughout the project — wanted to take this idea to the next level, to push the boundaries of the standard photo book. They decided to produce not just a single edition, but multiple versions of the same book, designed by three different publishers. They reached out to Skinnerboox from Italy and The(M) éditions from France (the countries where the artists live), and Jiazazhi Press from China (where the original album came from). Yet again, they set their own rules: the publishers could interpret the material in whatever way they wanted, as long as they made 400 copies and did not contact them about their concepts or designs during any stage of the production.

Ultimately, ‘No More, No Less’ is the playful and profound outcome of the creative exhaustion of an archive — in what can be imagined, envisioned and manifested when put in the right hands. The series is testimony to the realisation that you do not need incredible images to make interesting work. You just need a new way of looking at them. 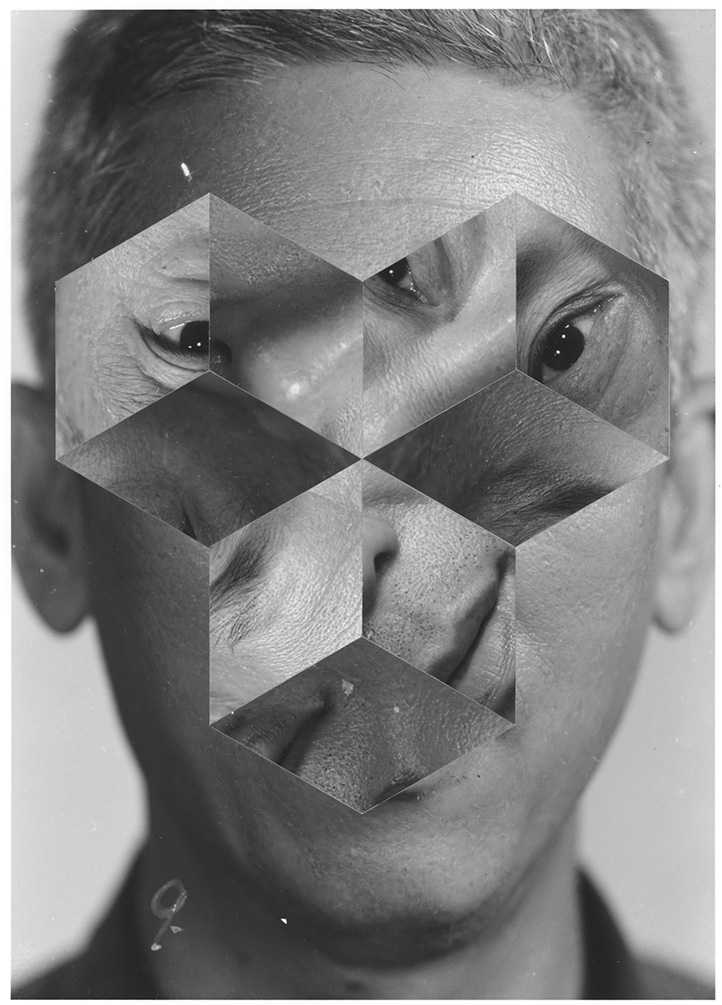 Thomas Sauvin is a French photography collector and editor who lives in Beijing. Since 2006 he exclusively works as a consultant for the UK-based Archive of Modern Conflict, an independent archive and publisher, for whom he collects Chinese works. Sauvin started the Beijing Silvermine project, accumulating more than 850,000 anonymous color negatives (as of December 2019) destined for destruction in a Beijing recycling zone.

Kensuke Koike is a surrealist artist from Nagoya, Japan, who lives and works in Venice, Italy. His research focuses on the origins of imagination and the variations of human perception. He aims to challenge the possibility of image-making by bringing new meaning to archival and found photographs like vintage postcards, mainly through the means of collage, installation and sculpture.