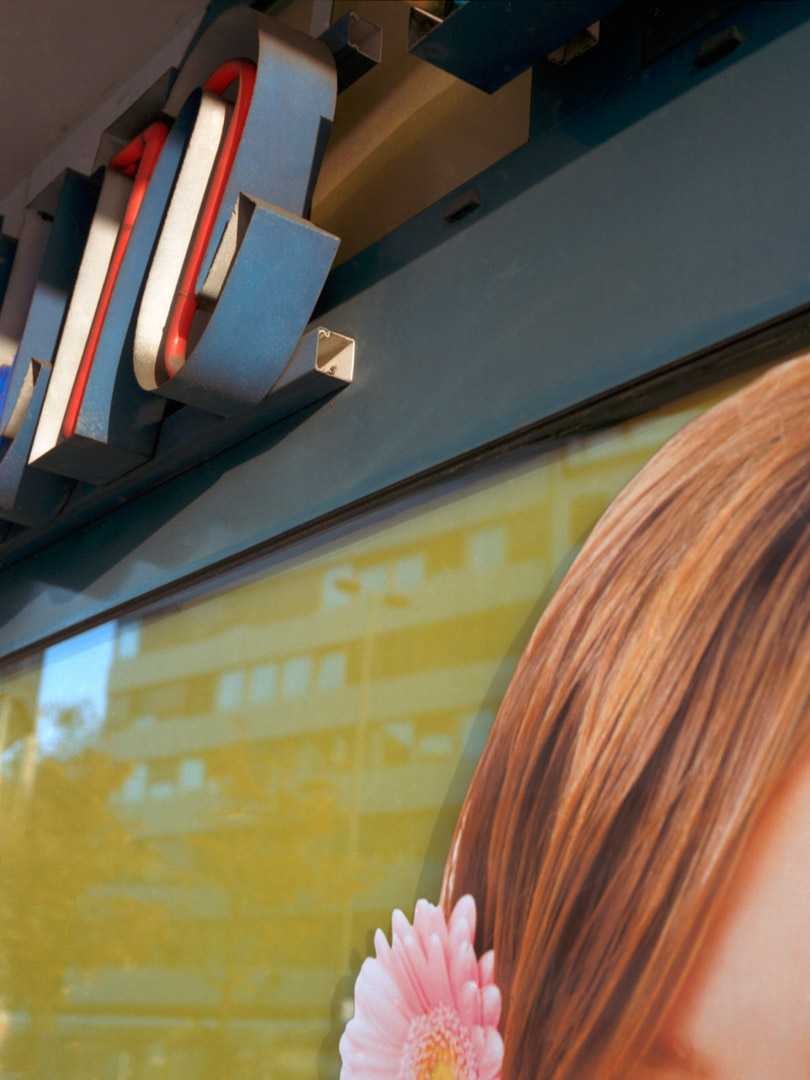 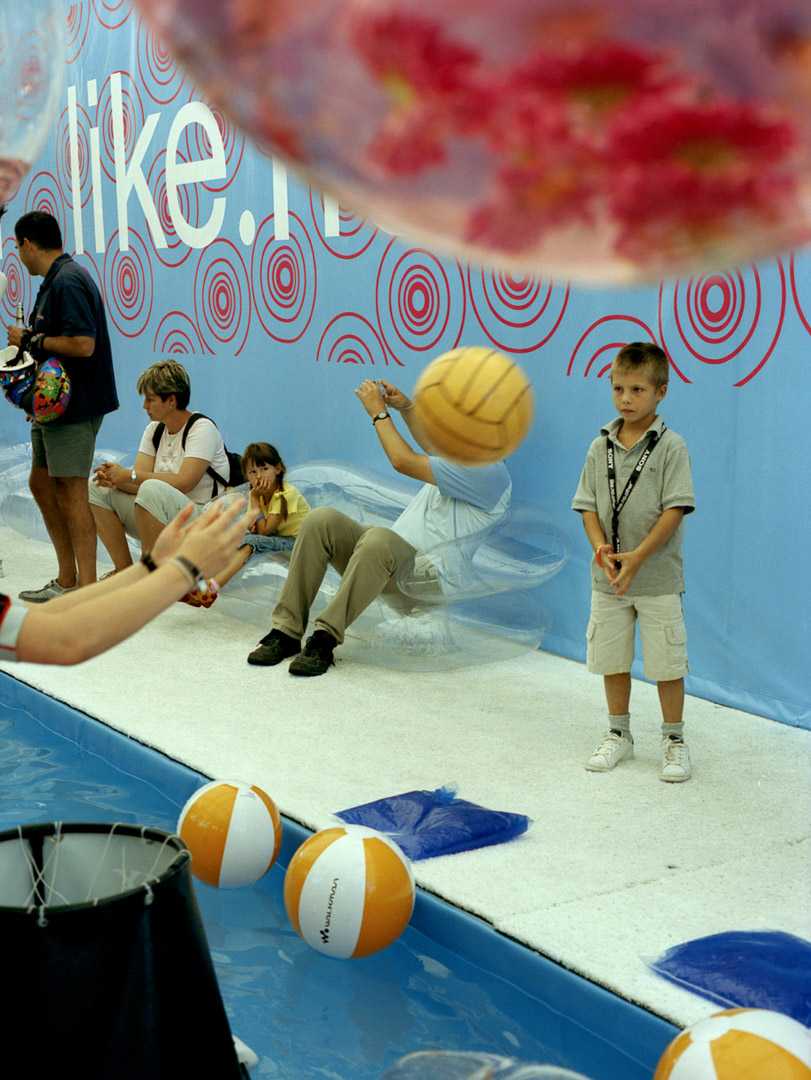 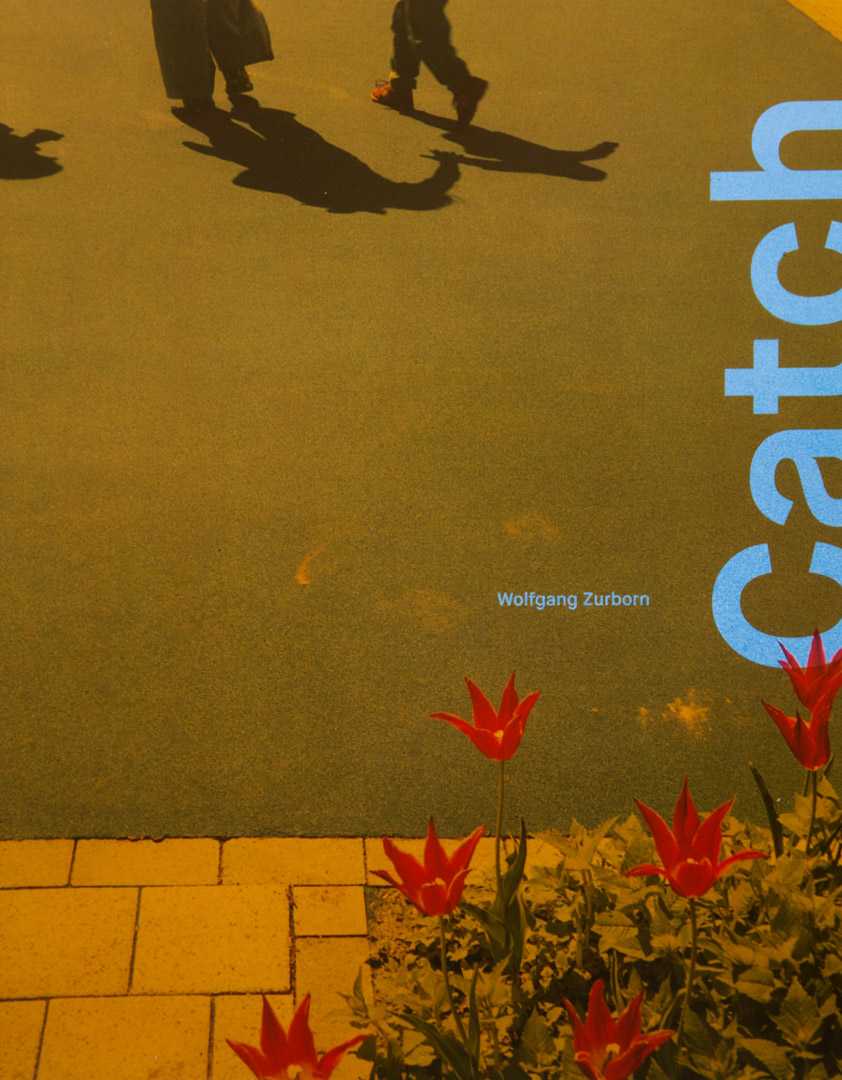 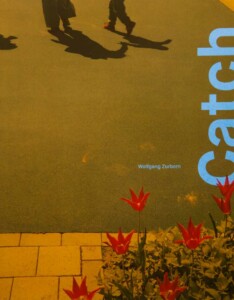 The ‘decisive moment’ is a concept attributed to Henri Cartier-Bresson, reflecting his philosophy of street photography to select the intuitive moment at which to freeze time, in order to capture an action at the apex of its curvature.

German photographer Wolfgang Zurborn works within the tradition of street photography in his newest photobook Catch to draw together multiple seemingly disparate events into one pivotal moment. His photographs seem to be captured in an ordinary glance, perfectly lifted from daily life, but structured in an eye-gyrating combination. The resulting images are simple and at the same time complex in their collage-like assembly.

As a book, Catch demonstrates a mastery of rhythmical layout. On the left page, the paths in a park converge to a line made by the meeting of two panes of glass, which points our eye to the right page where the line splits into multiples, which hold taut a billowed out tent-like structure. The composition is complemented on the following two pages by a hanging fishnet, and further a children’s playground built of converging aluminium skeletons, ending in a squared off angle, amidst a background of high-rises. And so forth through the book.

Catch bangs out a fierce yet loosely controlled rhythm with a jazz sensibility, seeming to meander off beat, but always on. The pace of the book is quick-paced, easy to flip through and catch the beat, but invites further exploration of the individual pages.Zurborn, a German photographer and educator, seems to gleefully break the tradition of the formal, structurally analytical Dusseldorf school, allowing instead the viewer to make their own analysis. In place of the stark tradition of repetitive analysis, Wolfgang’s images burst with colour and energy, challenging us to question our surroundings, stand back, and not take life so seriously.