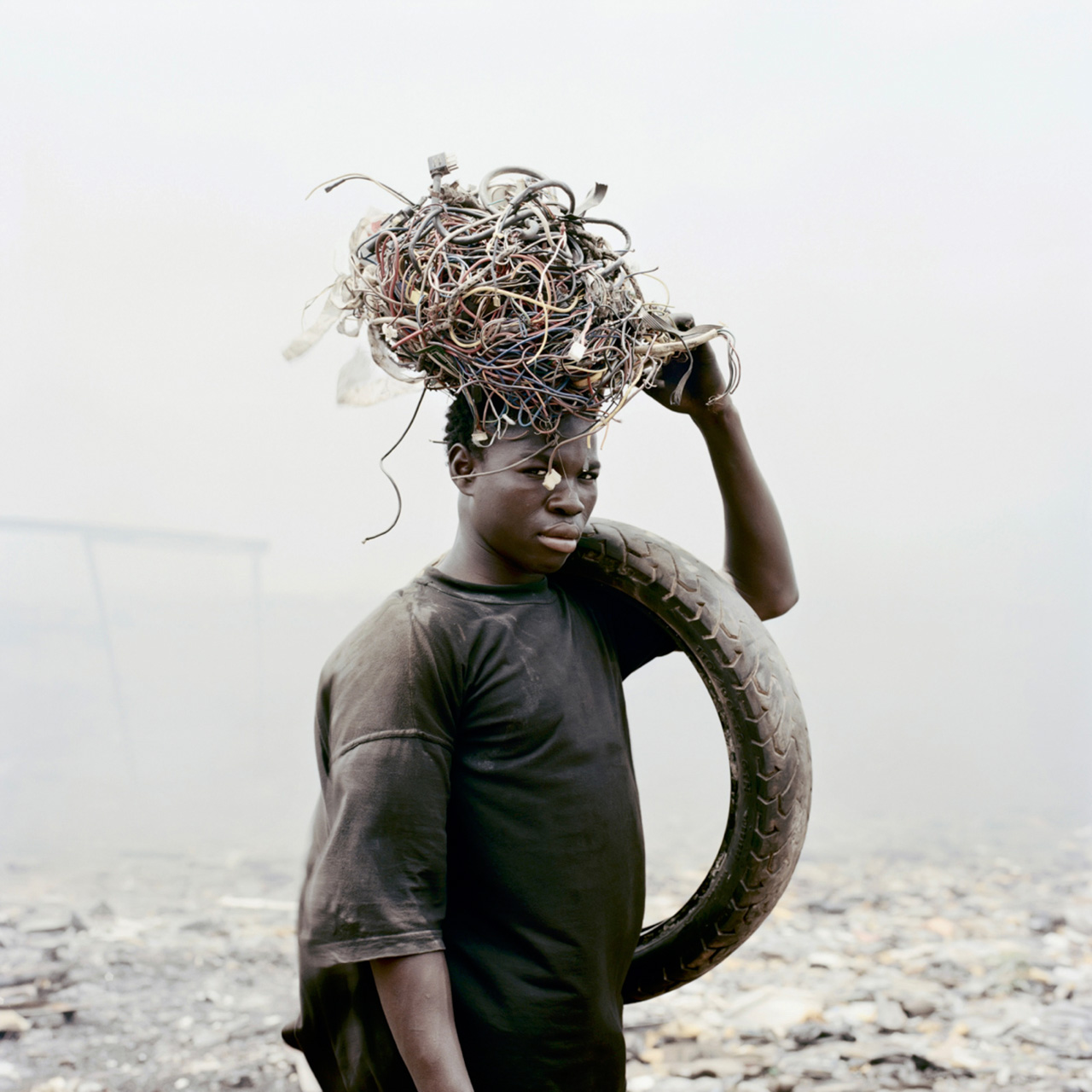 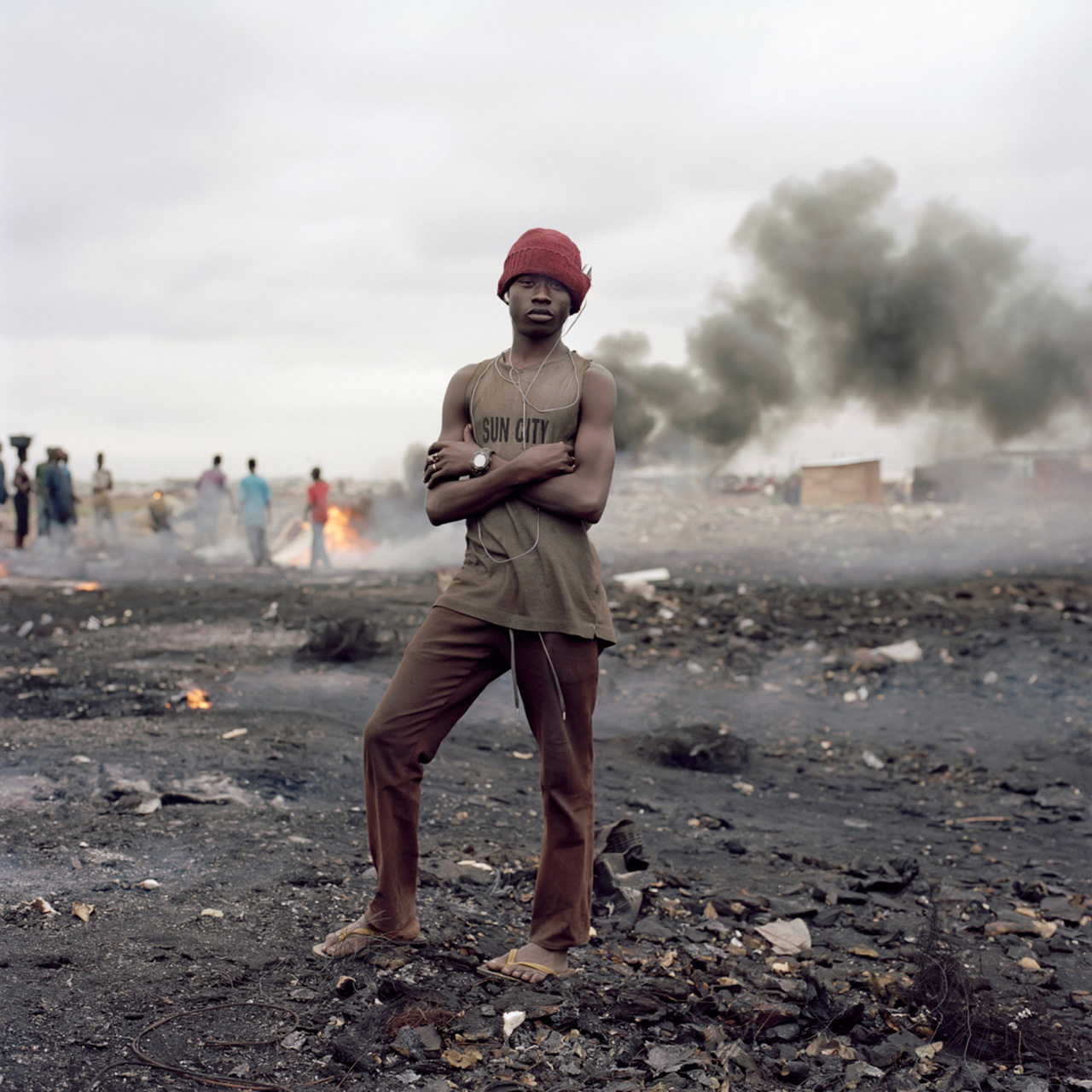 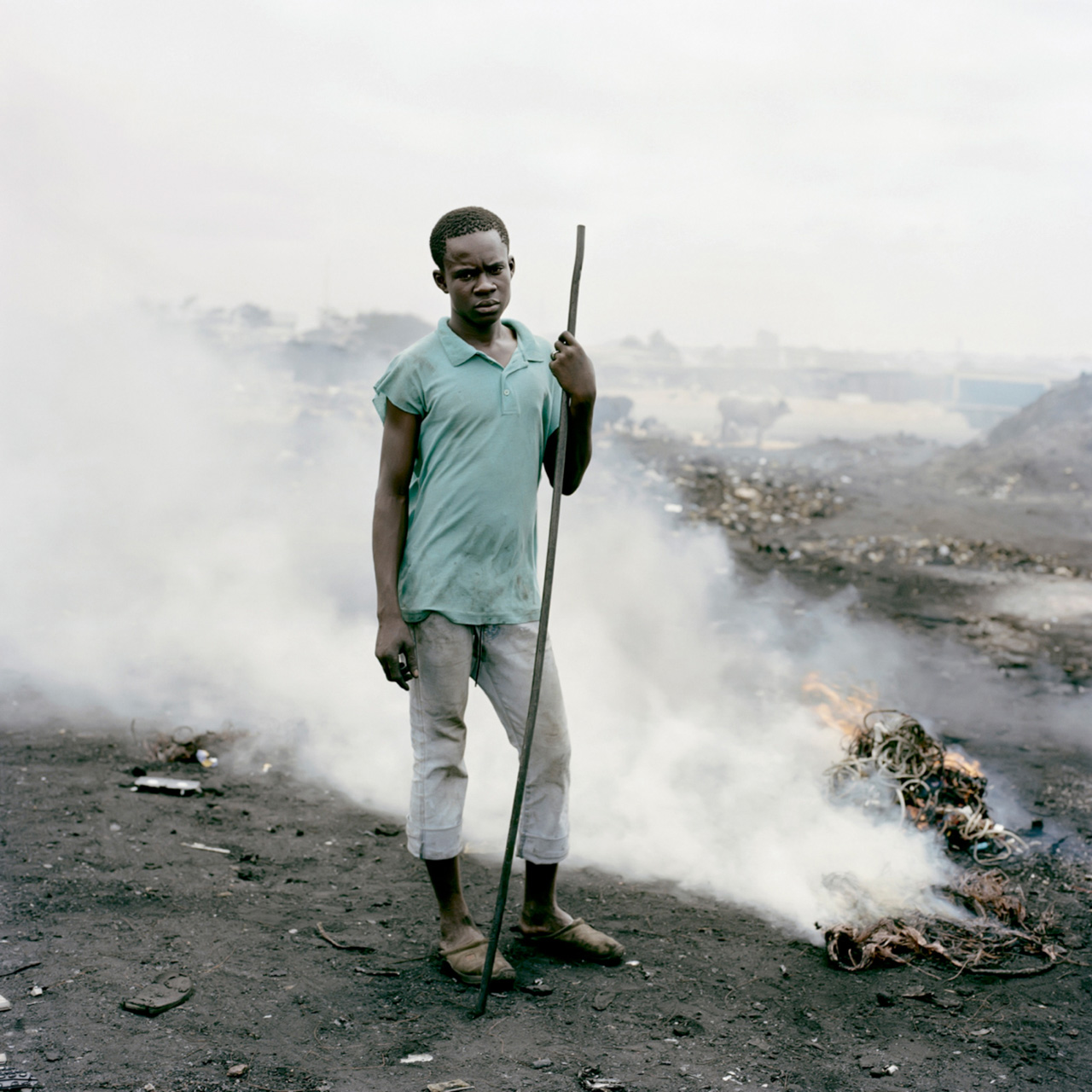 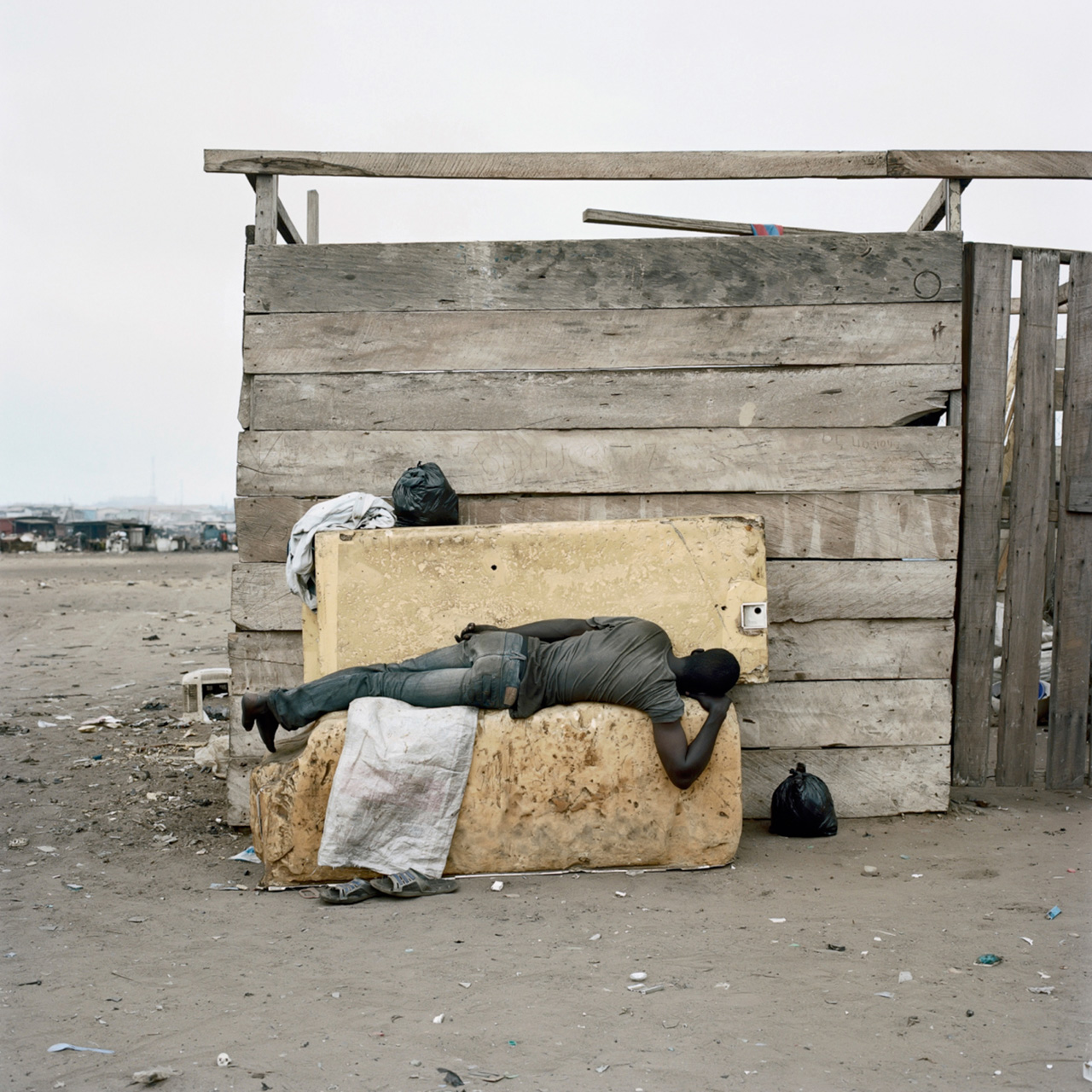 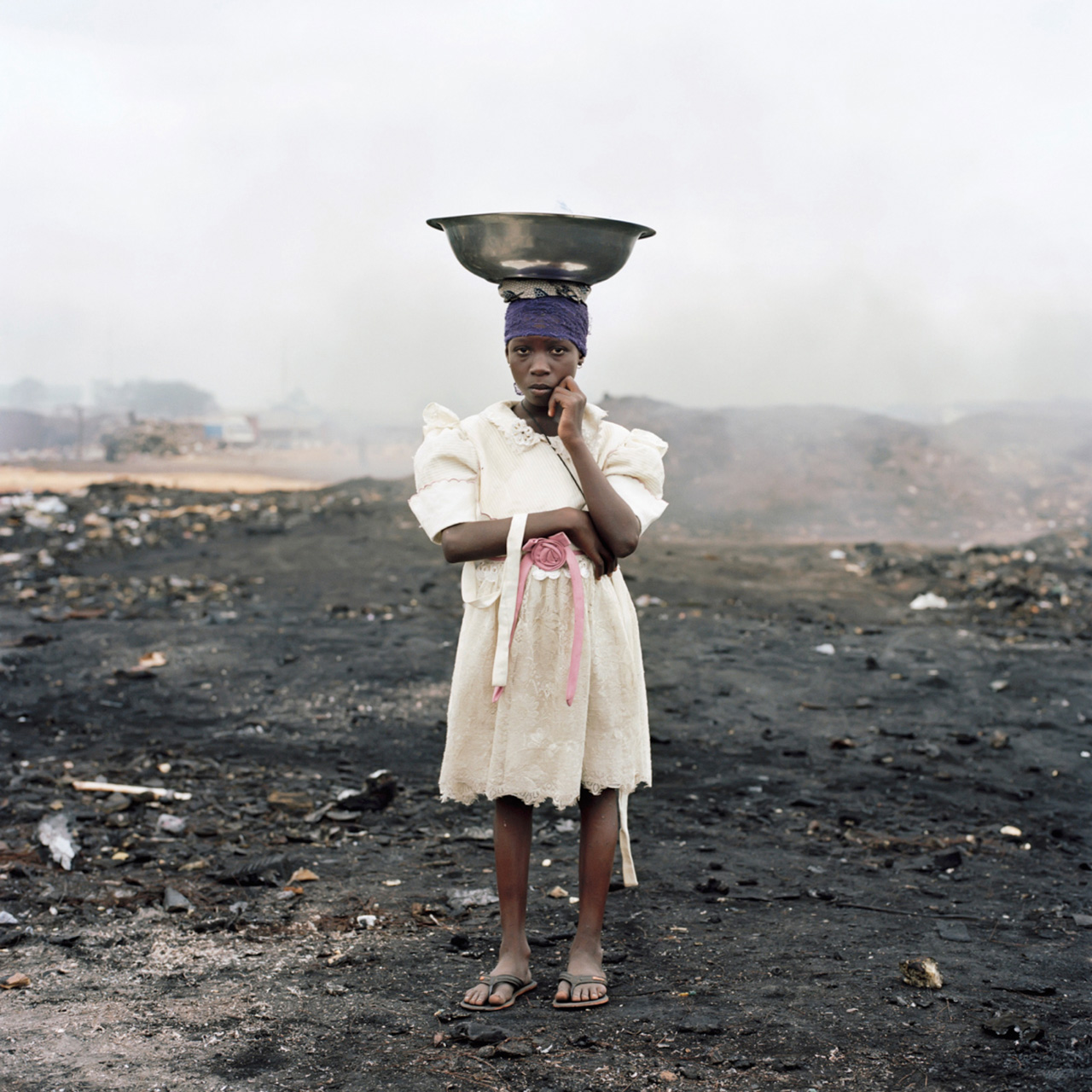 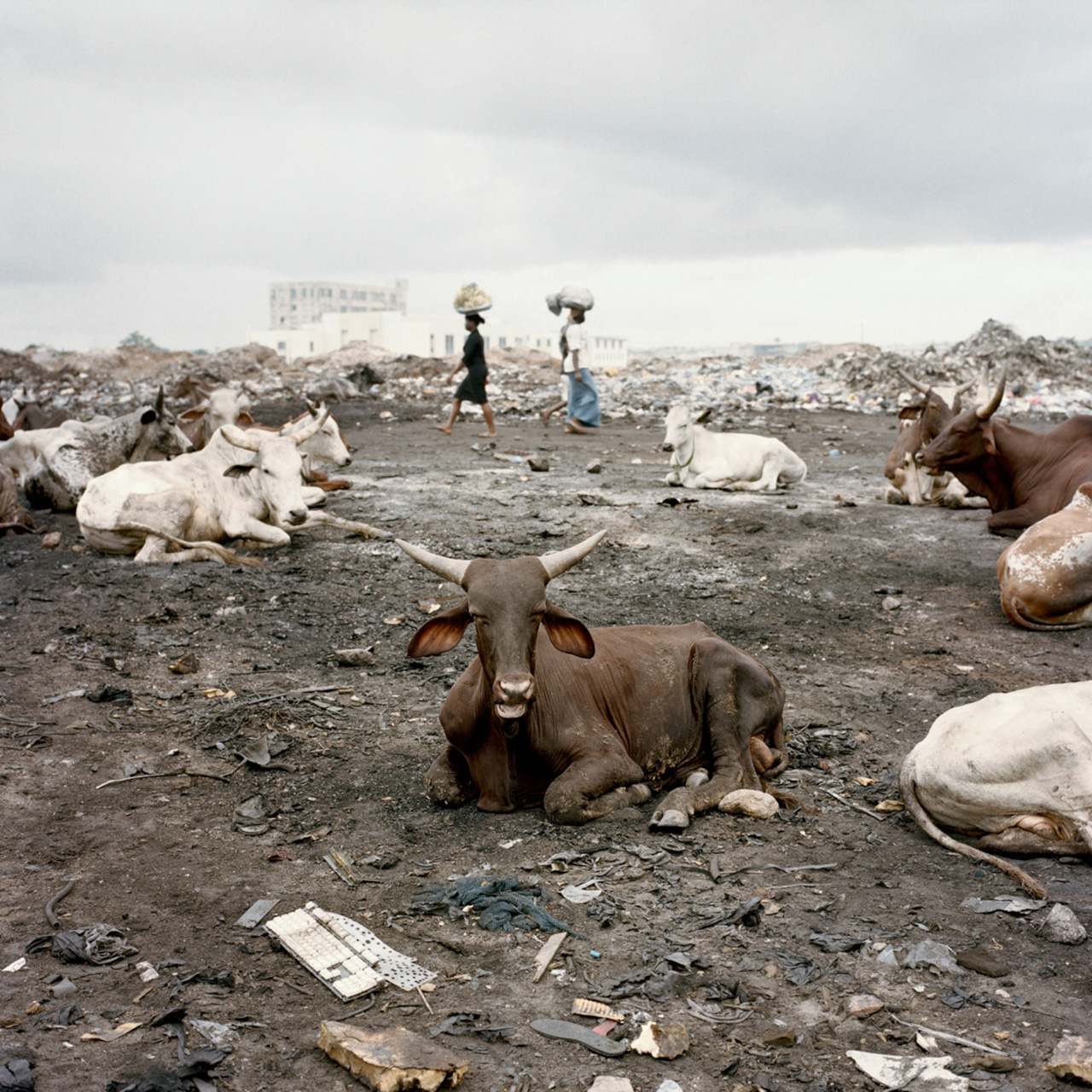 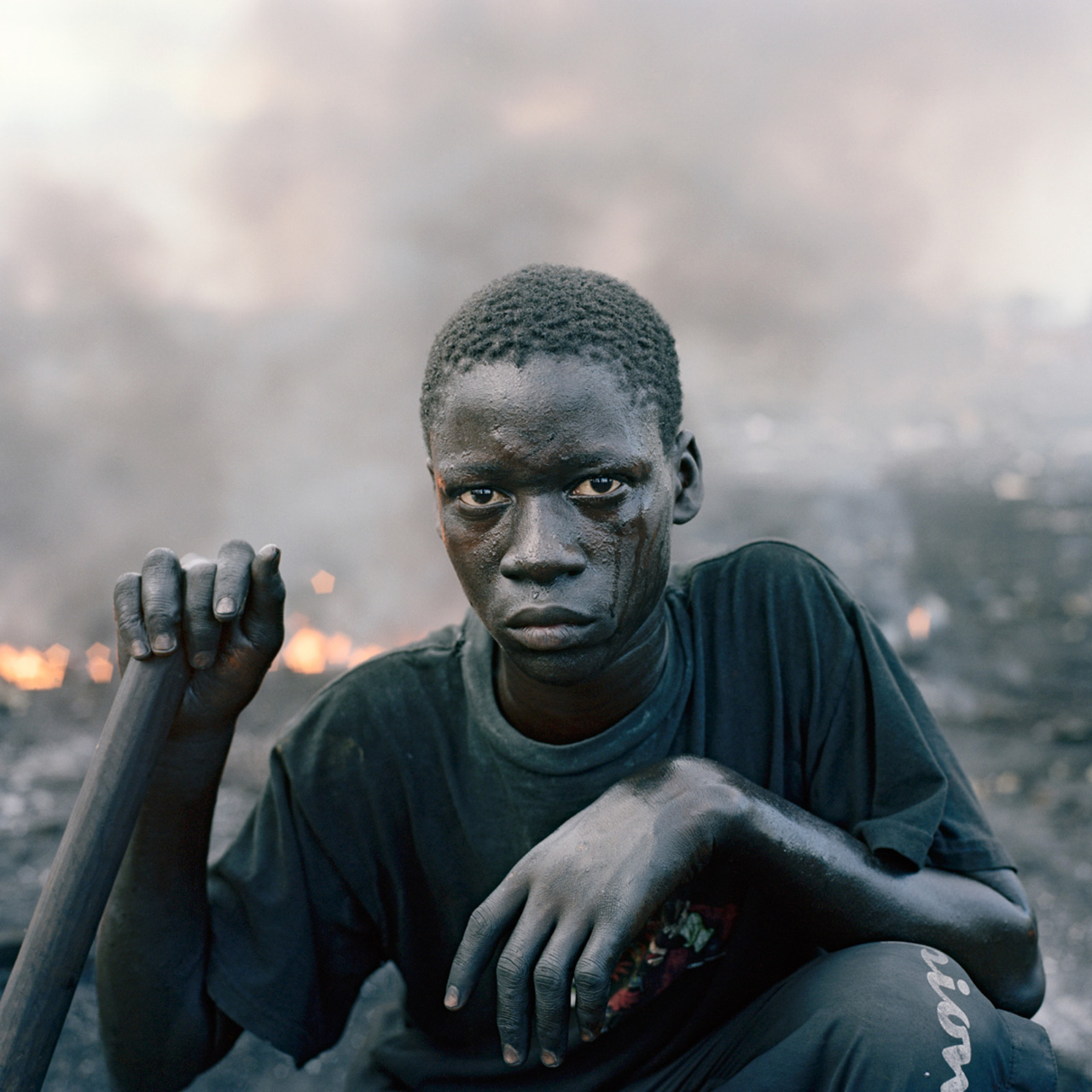 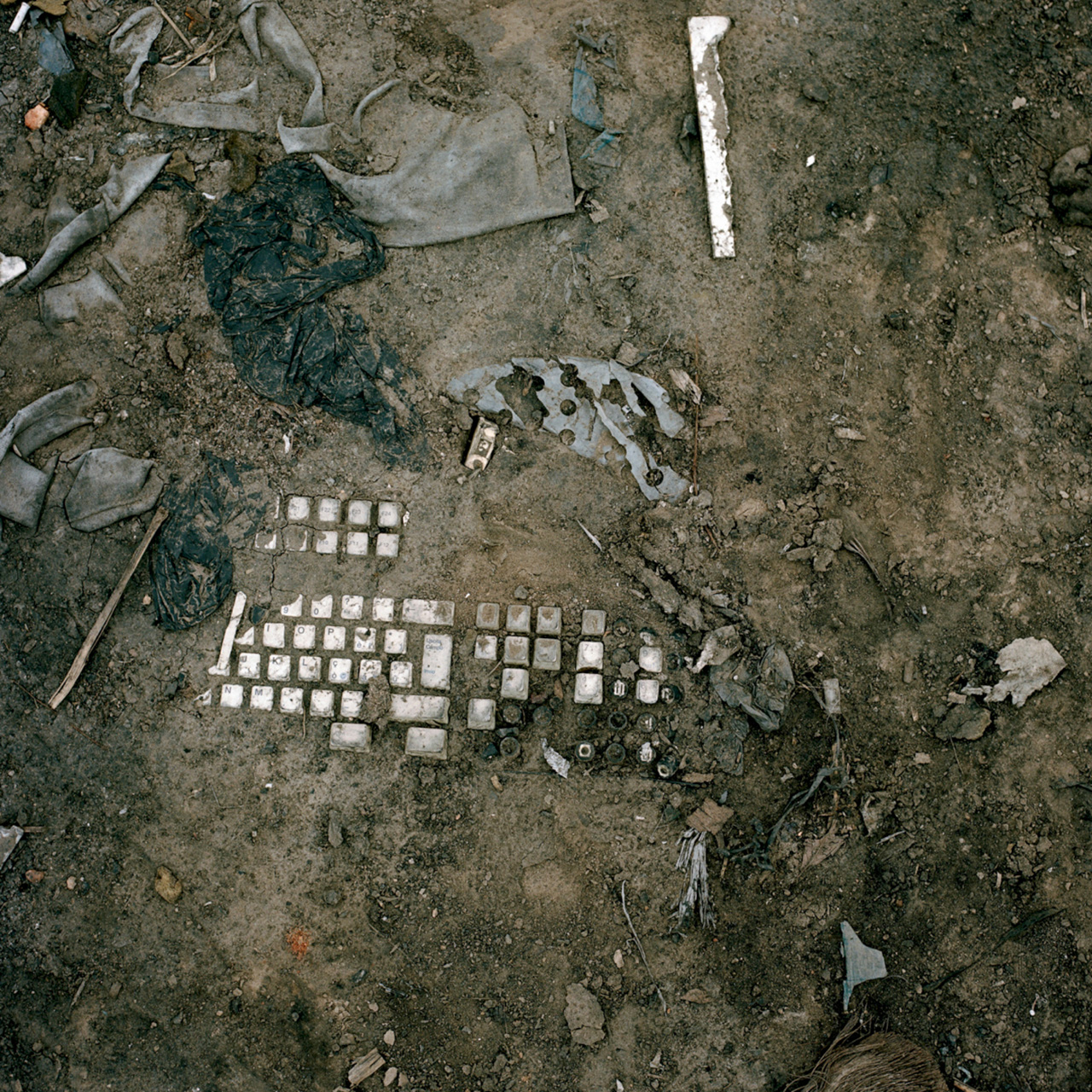 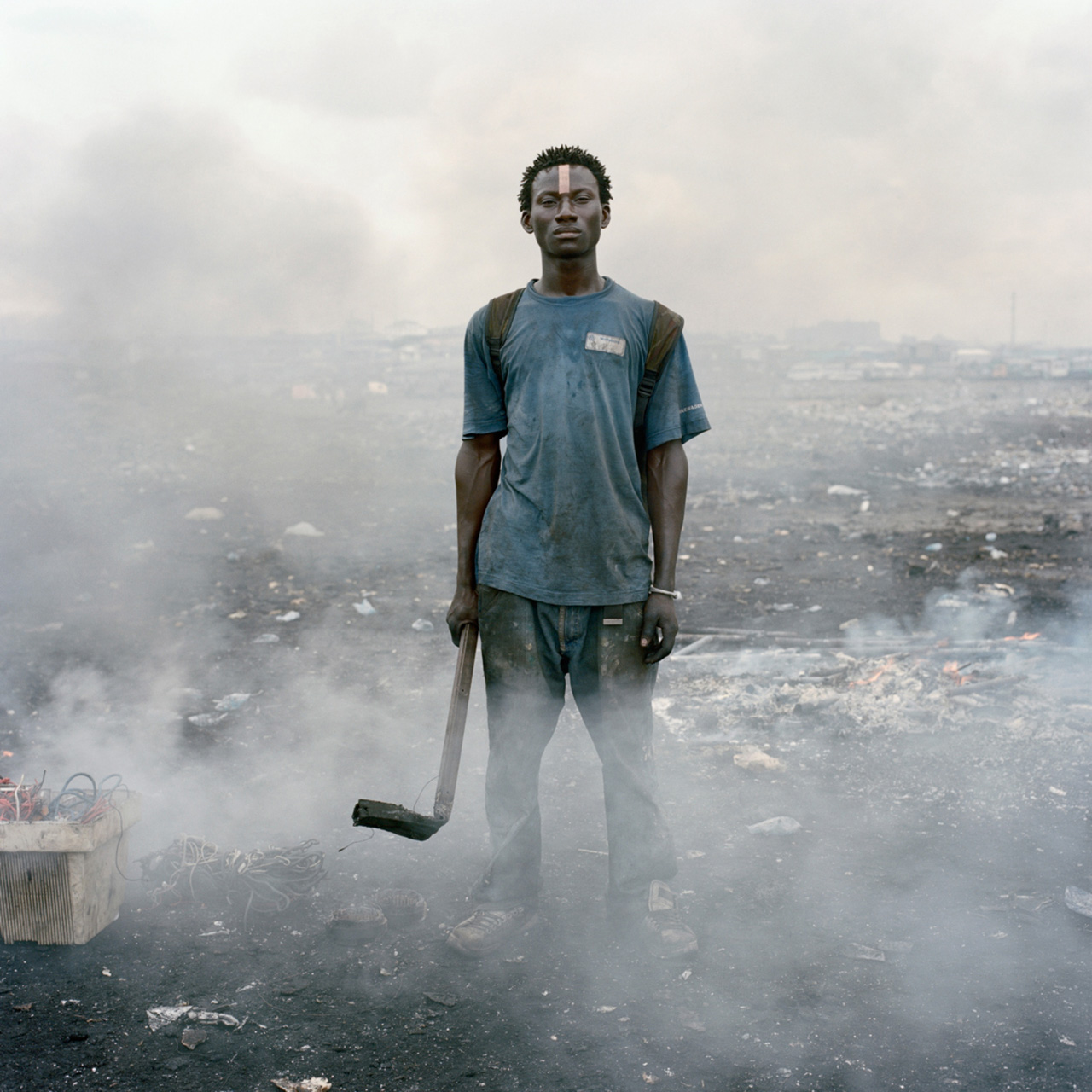 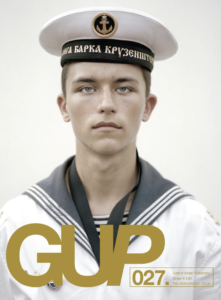 Pieter Hugo (b. 1976, South Africa) photographed the people and landscape of an extensive dump of obsolete technology in Ghana. Western countries produce around 50 million tons of digital waste every year – most of which is piled in containers and shipped to developing countries, supposedly to reduce the digital divide, to create jobs and help people. The area on the outskirts of a slum known as Agbogbloshie, however, is referred to by local inhabitants as Sodom and Gomorrah, a vivid acknowledgment of the profound inhumanity of the place. When Hugo asked the inhabitants what they called the pit where old devices are burned, they repeatedly responded: “For this place, we have no name.”