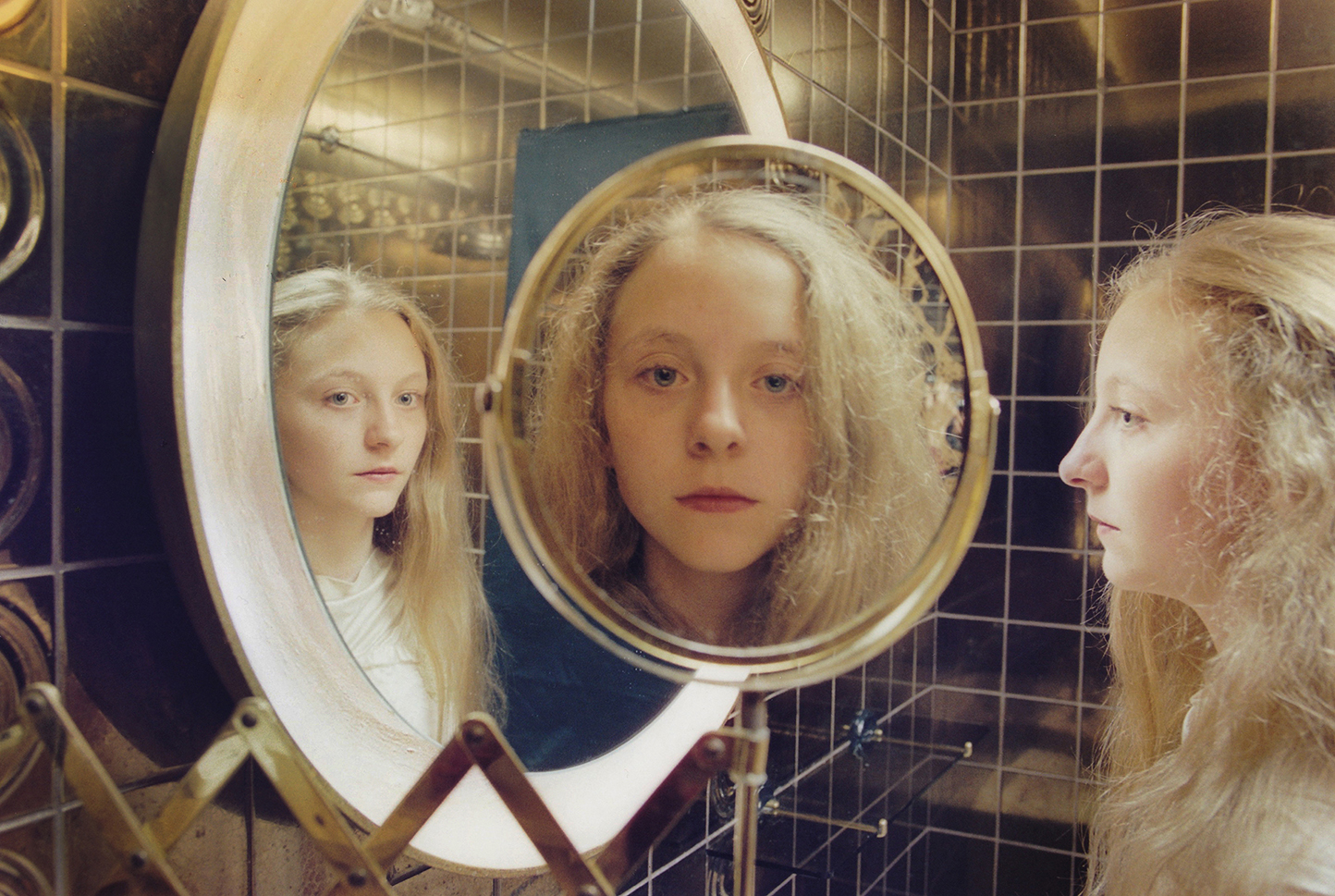 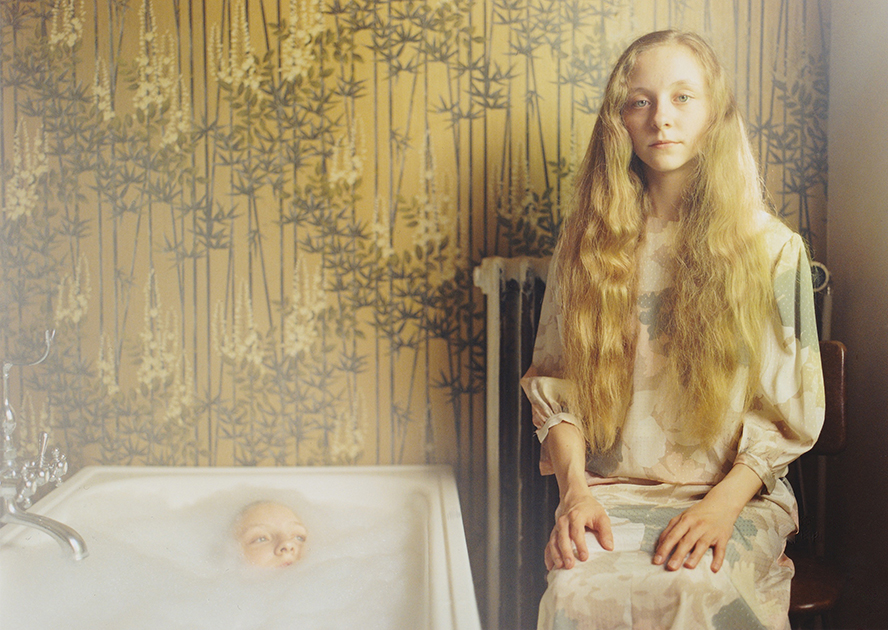 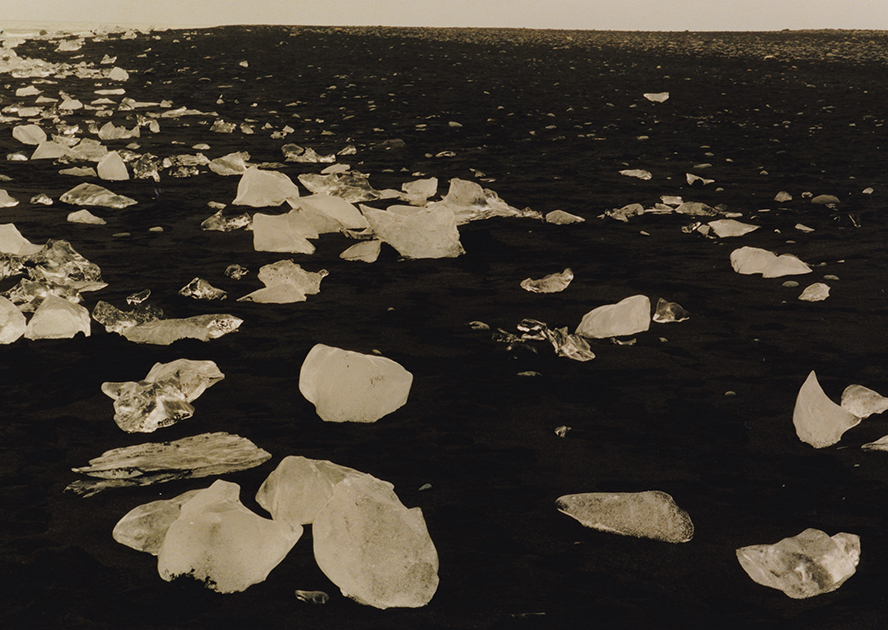 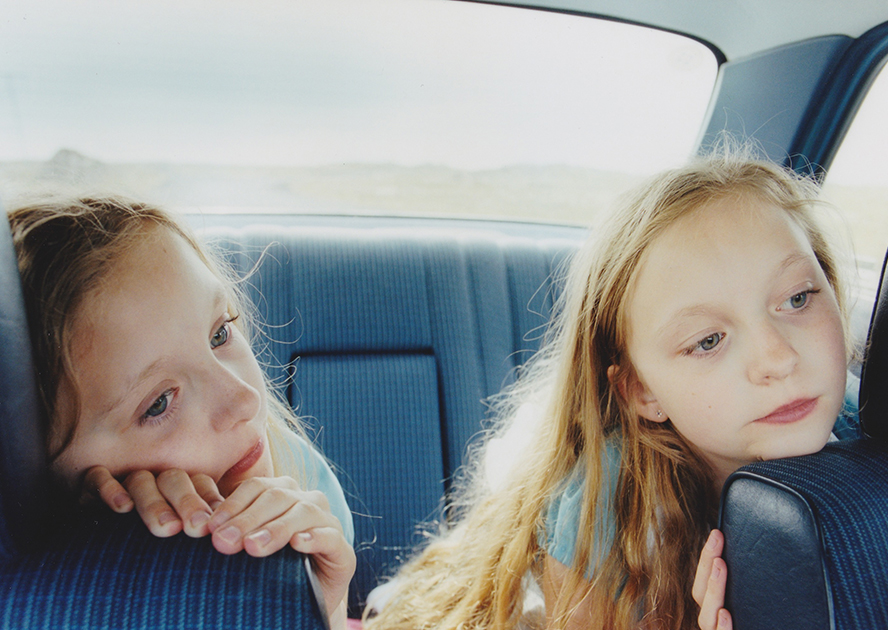 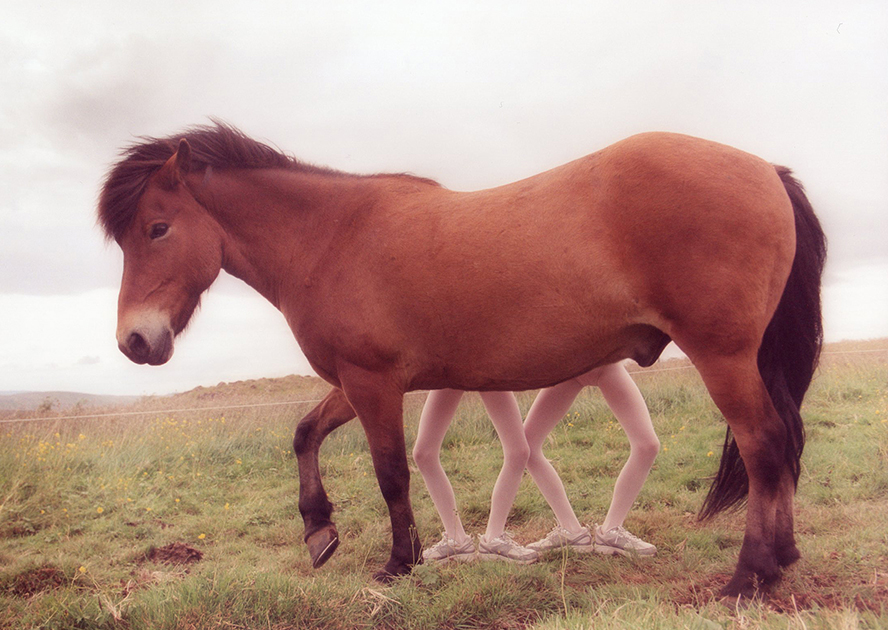 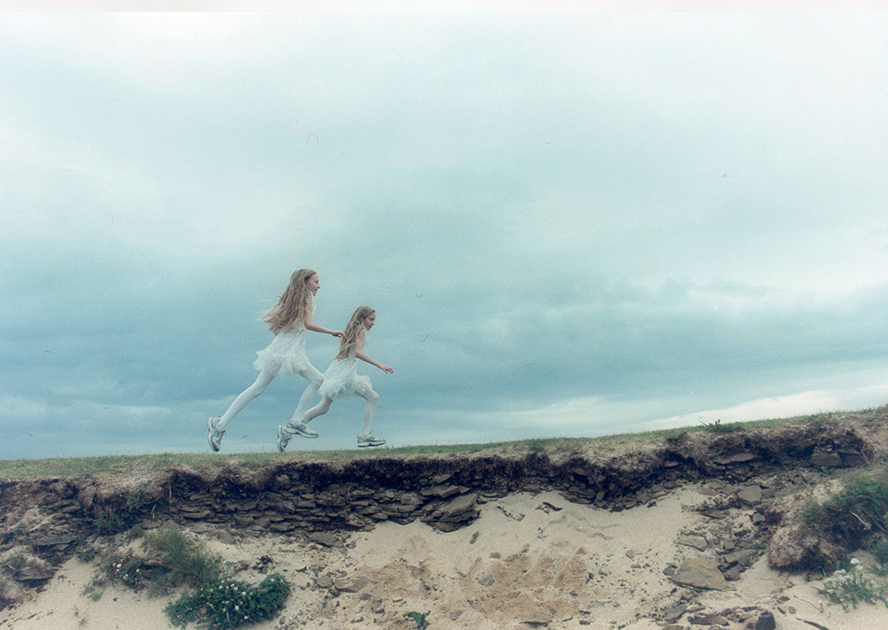 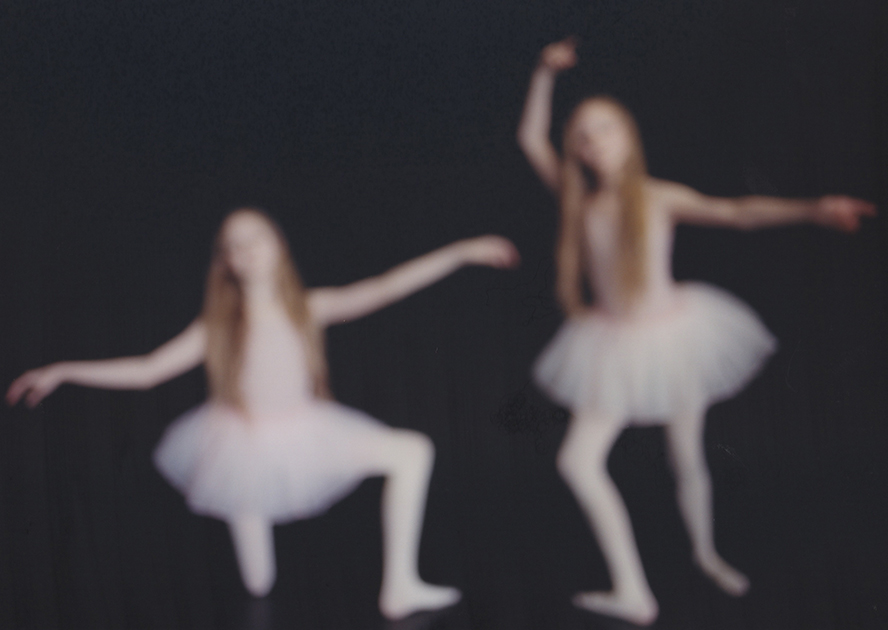 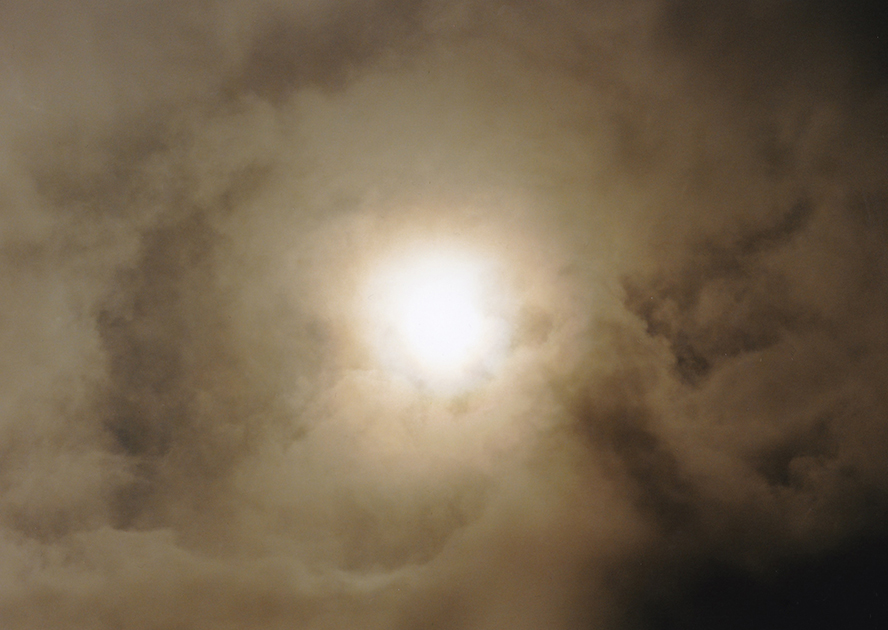 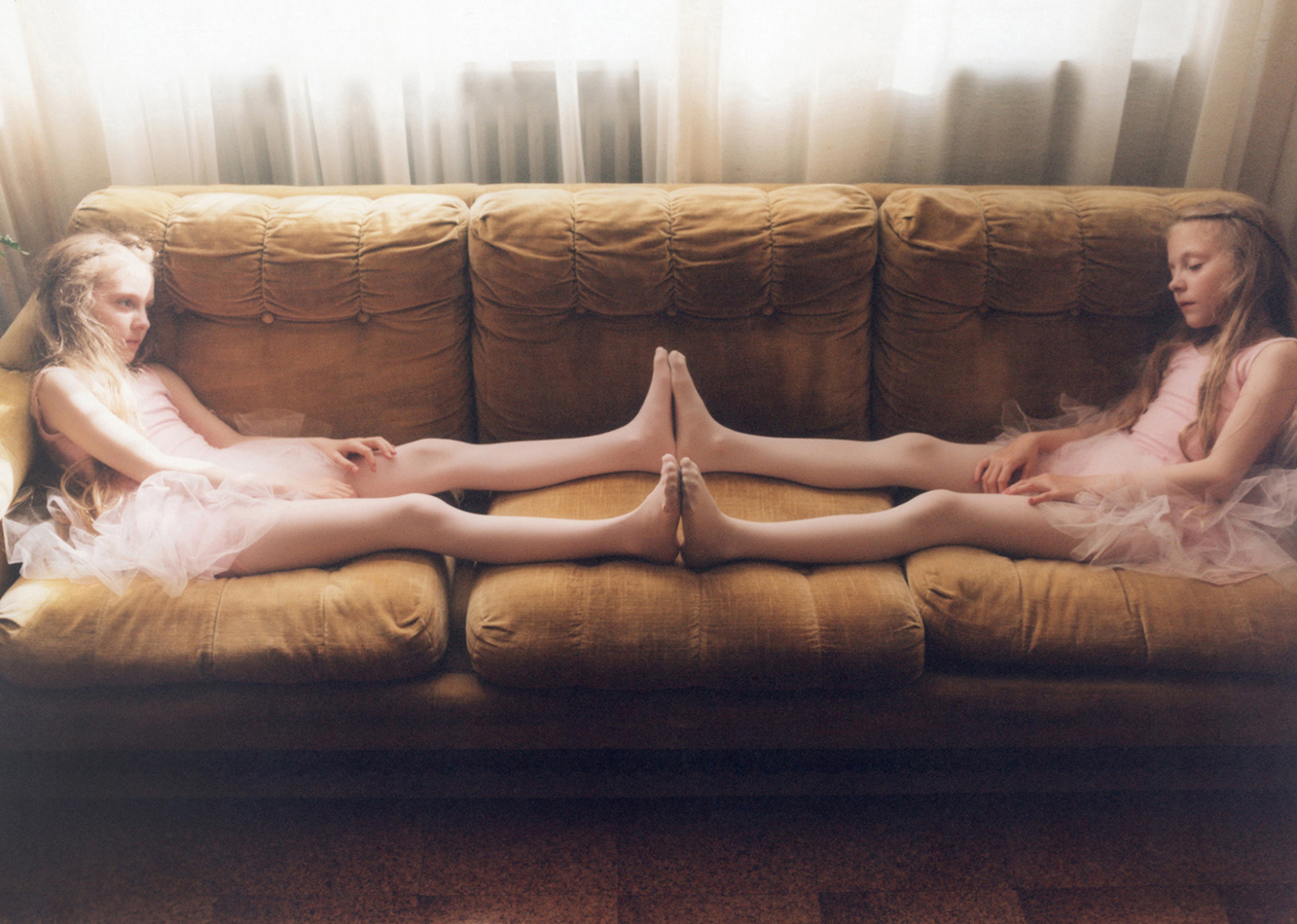 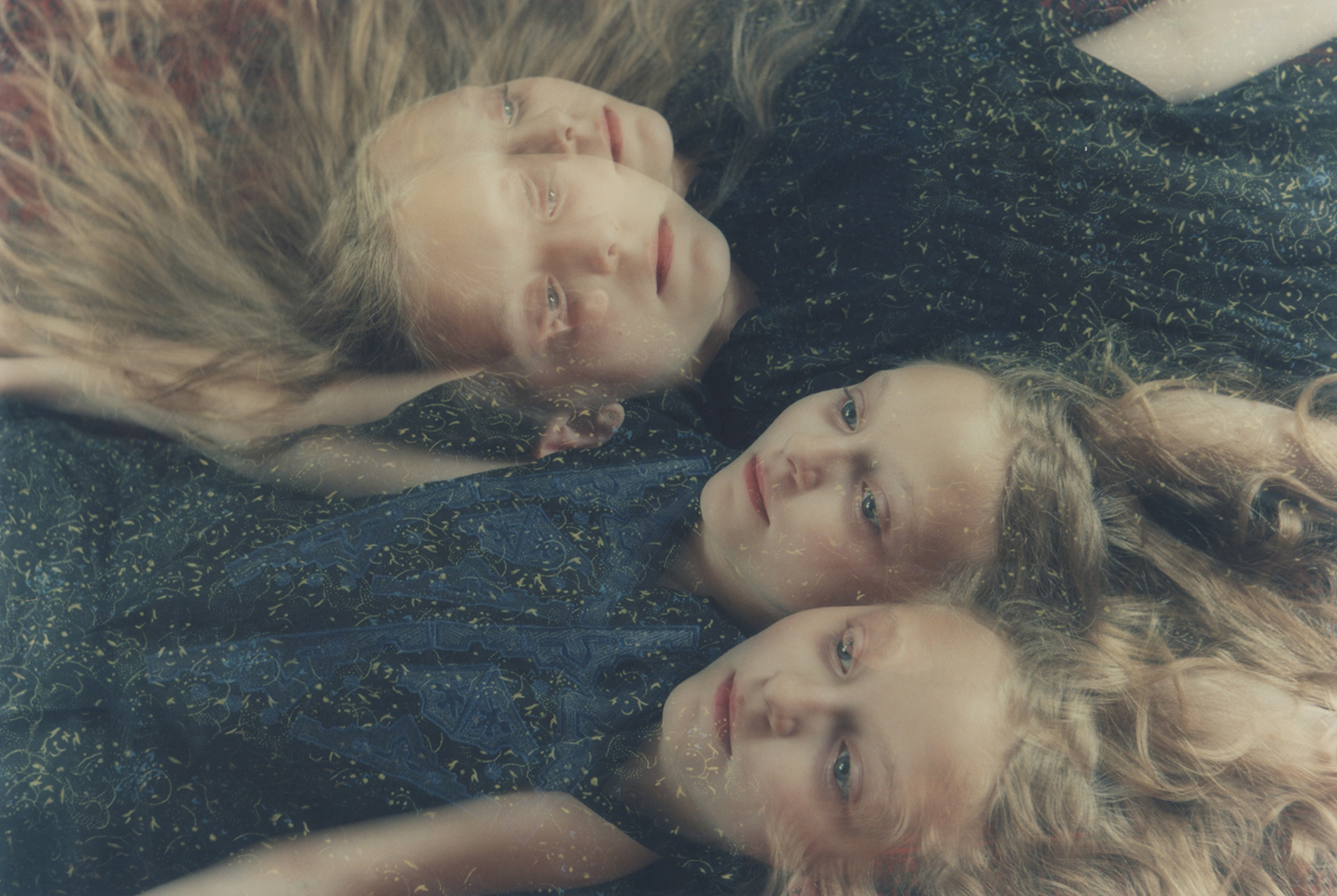 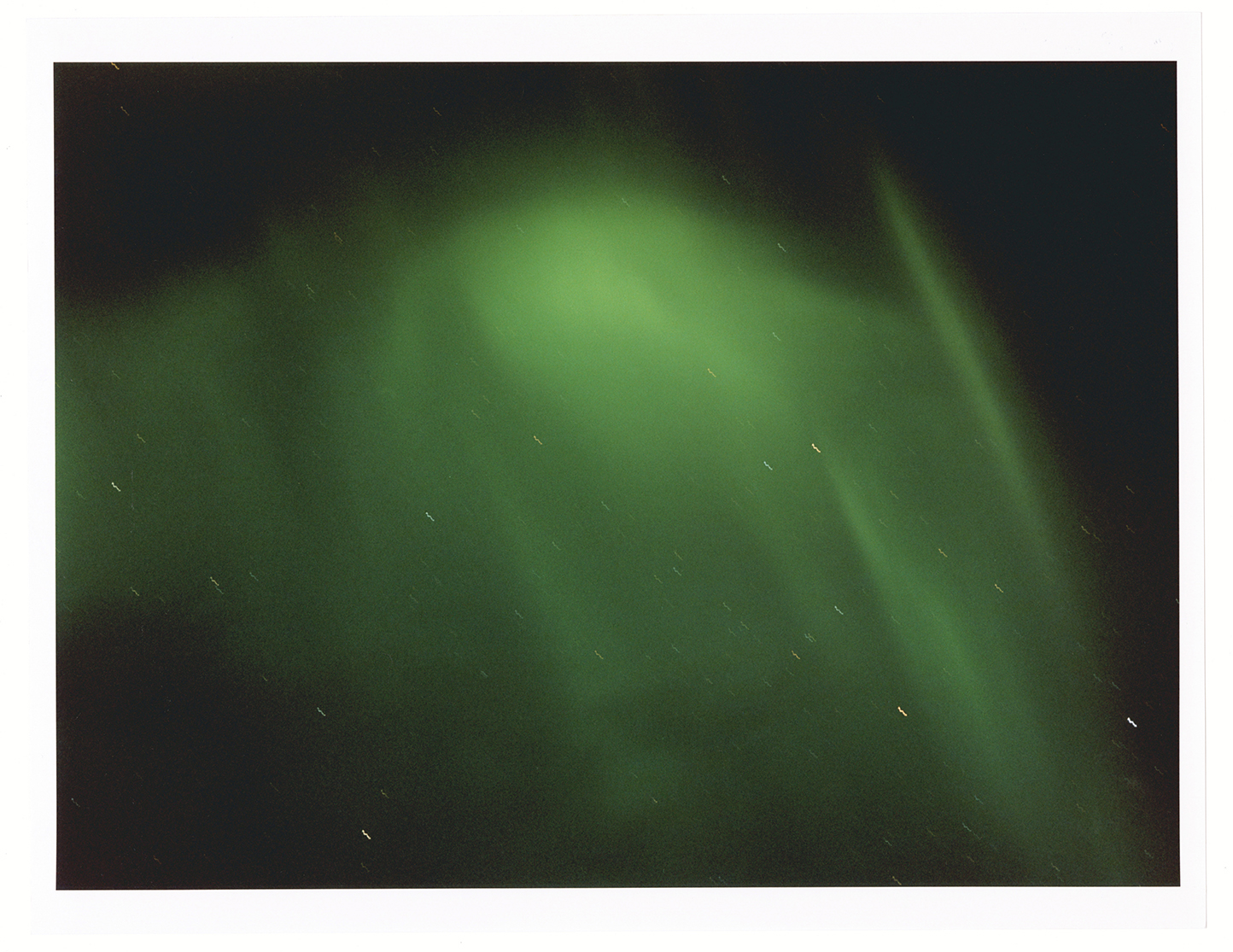 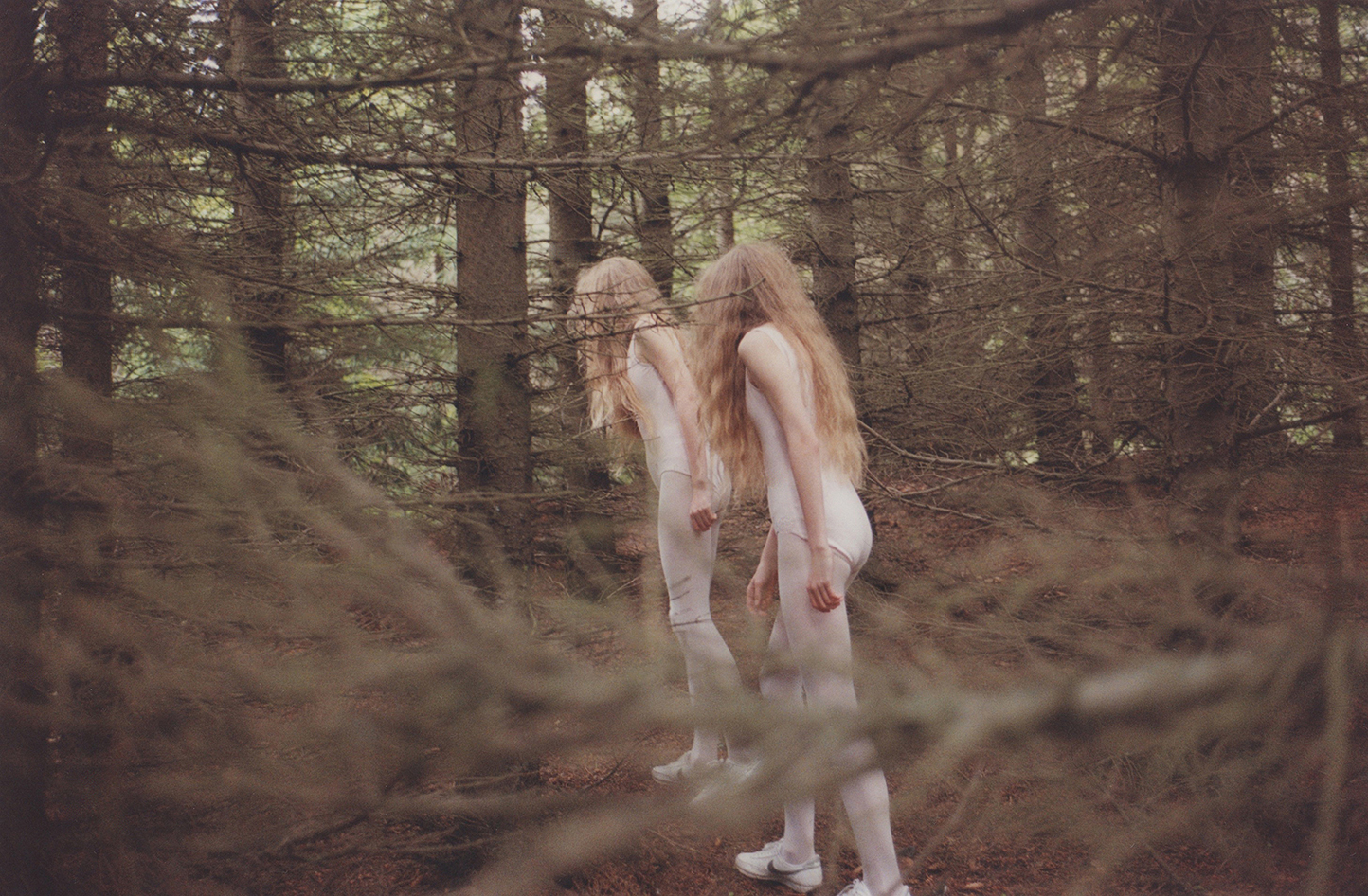 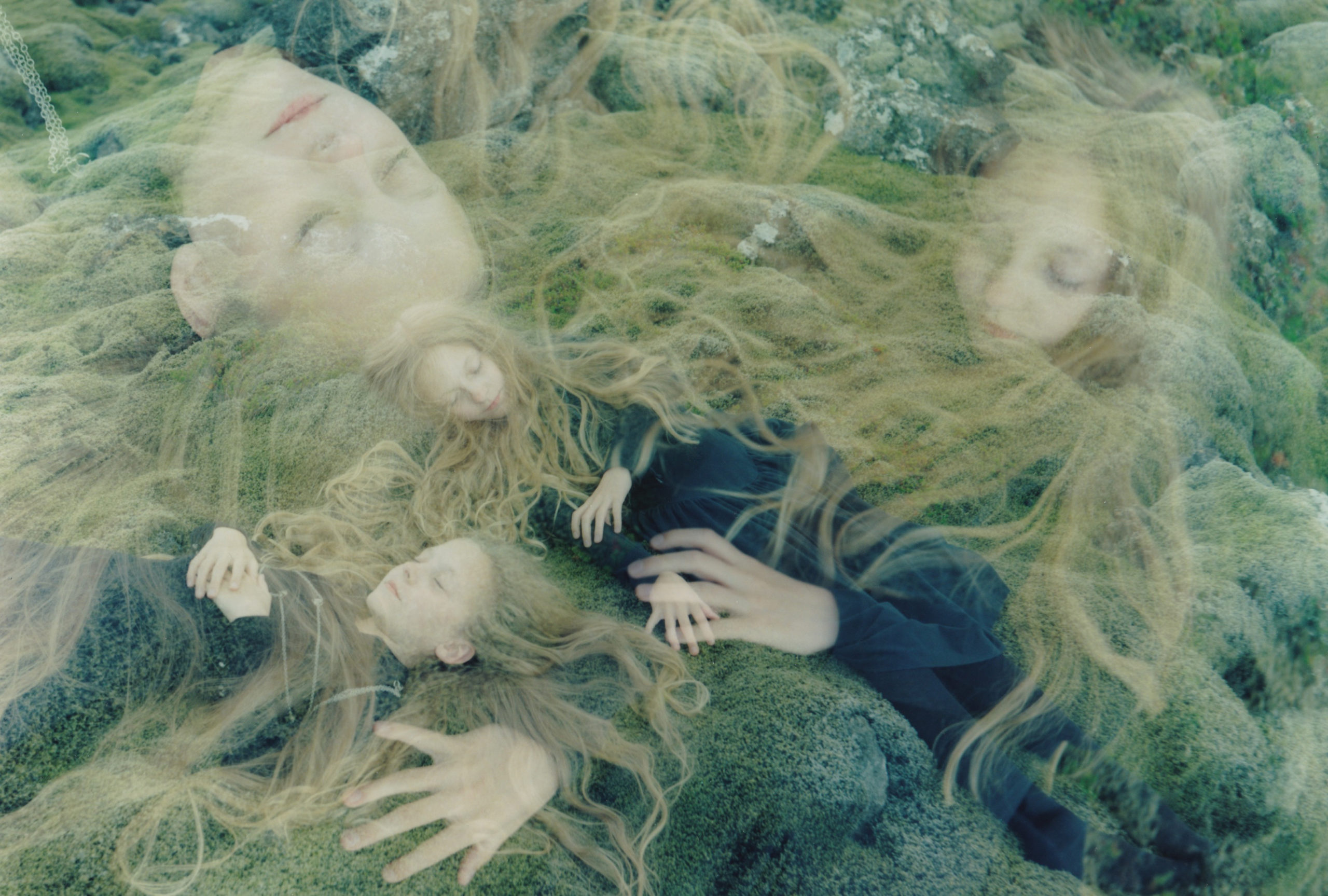 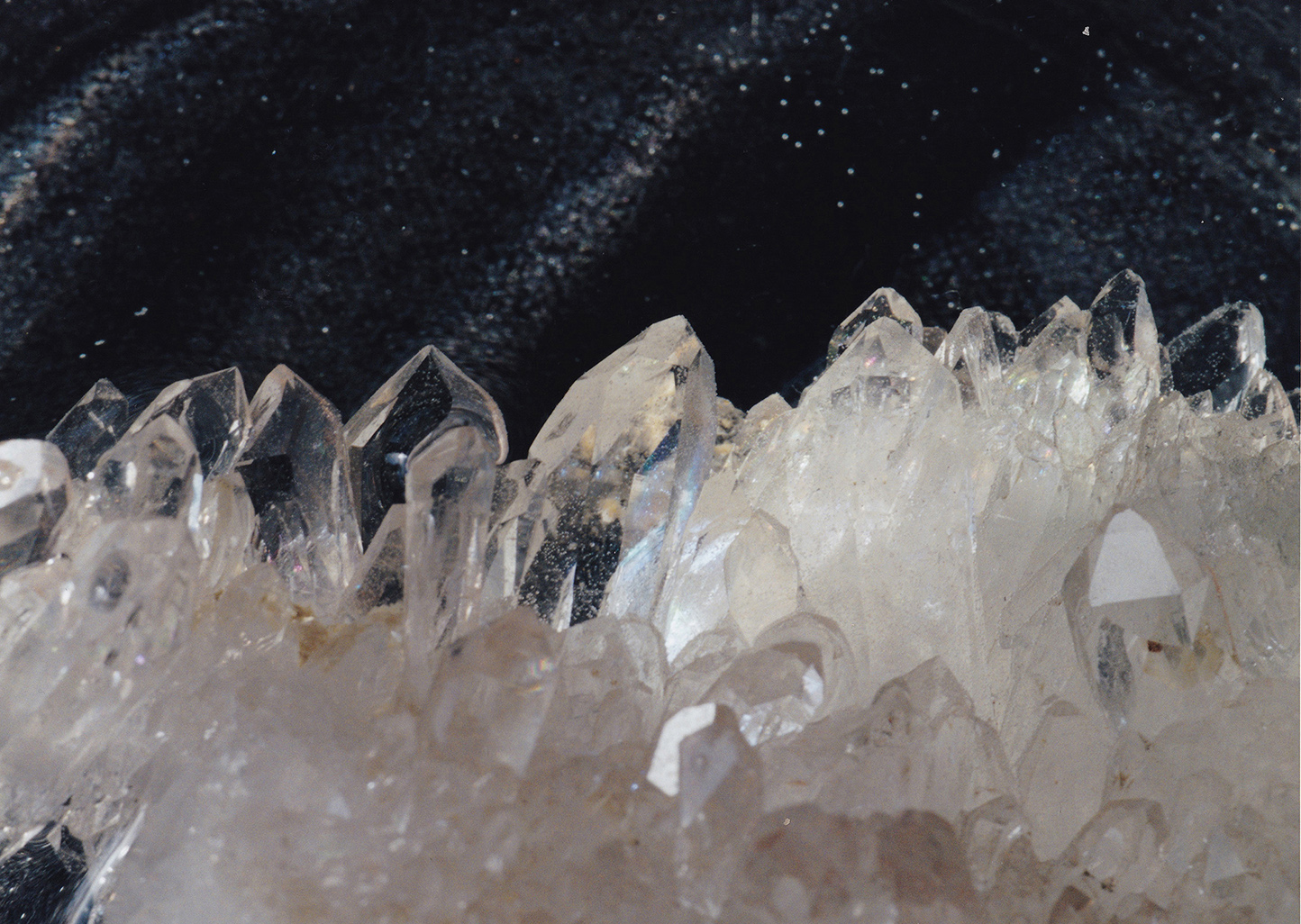 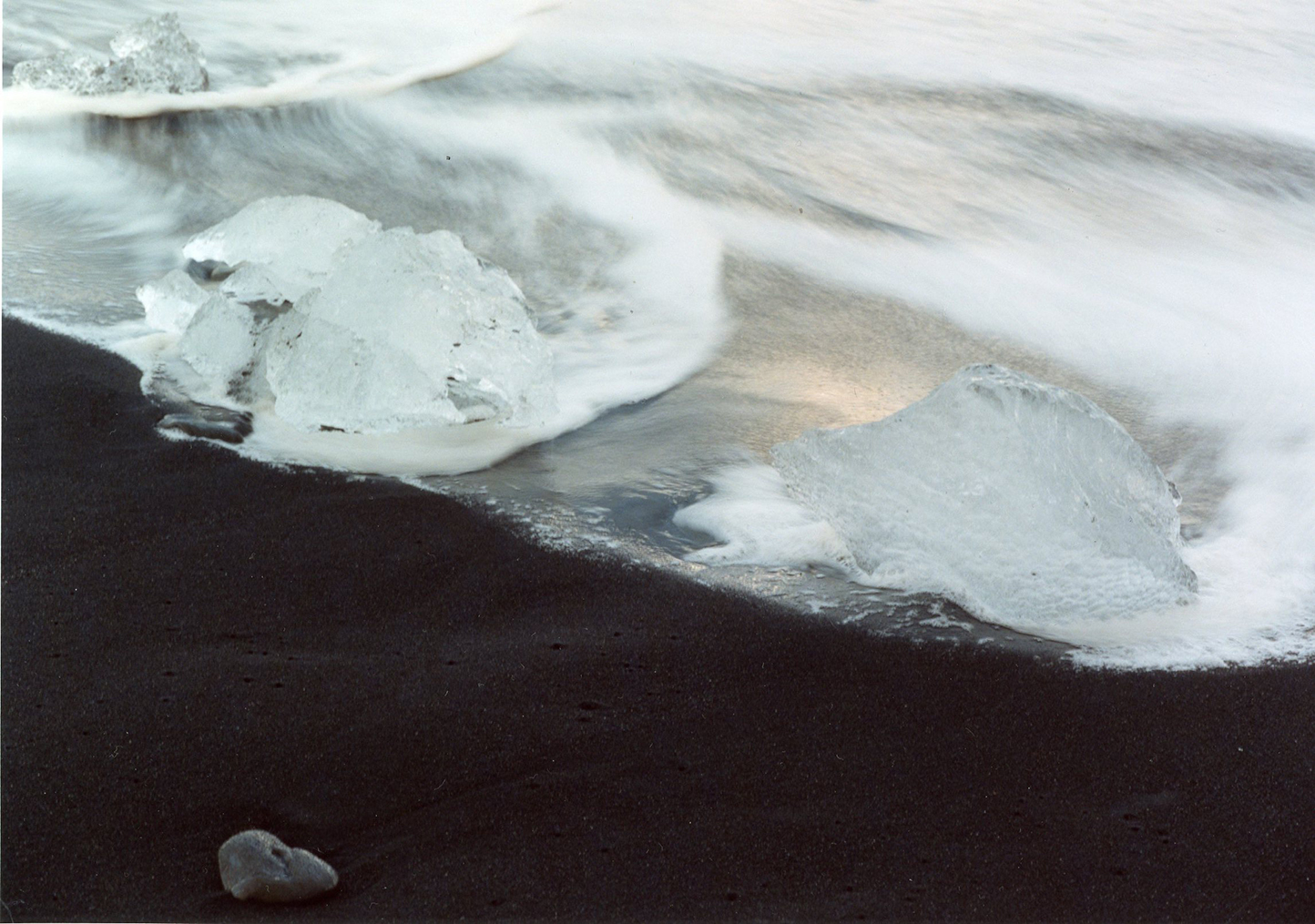 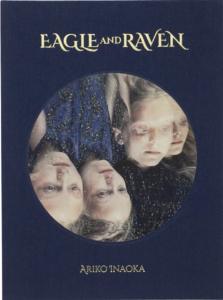 Ariko Inaoka (b. 1975, Japan) started to photograph Erna and Hrefna, identical twins from Iceland, since 2008, visiting them every year to capture the very precious period of their growth from children to teenagers. They are always together and almost never fight with each other. They even dream the same dreams sometimes. Erna and Hrefna are so inextricably bound together that they’ve created an alternate ‘ordinary’ reality for themselves.

Inaoka’s latest book, ‘Eagles and Ravens’, is a compilation of photographs from seven summers that she spent in Iceland photographing the twins, capturing their growth from 9 to 16 years old in surreal scenes. By representing the sisters’ relationship, Inaoka is also touching upon the omnipresent nature of life.

In an interview with GUP, she reveals the intriguing details behind her project with Erna (Eagle) and Hrefna’s (Raven) deep bond. 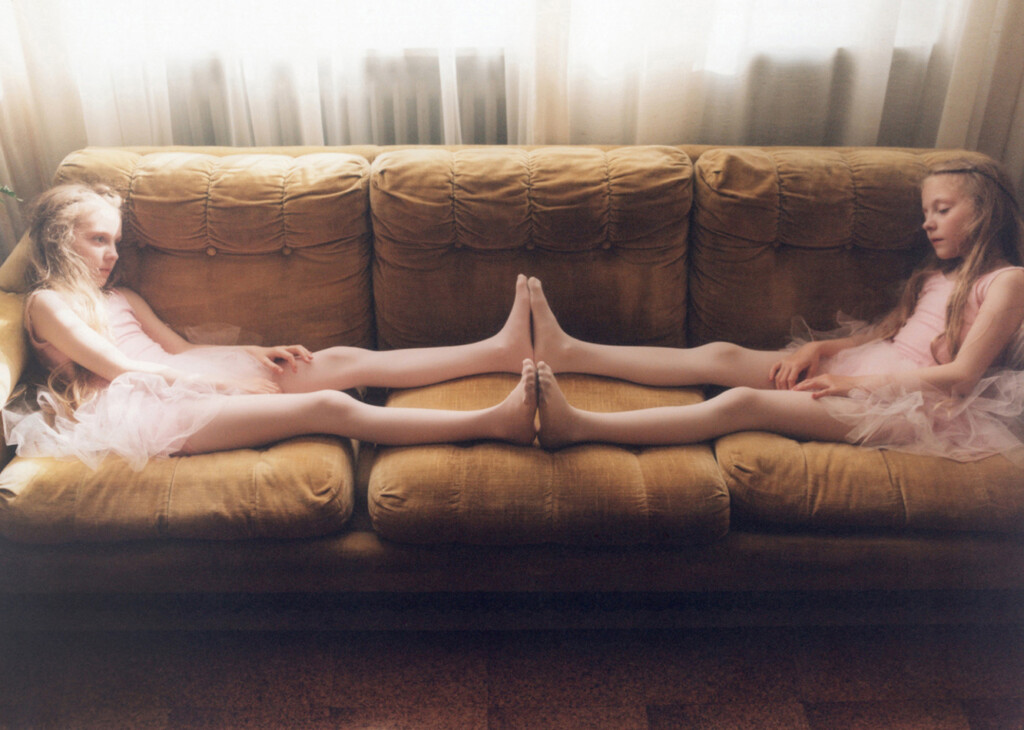 You are primarily based in Kyoto, Japan. What exactly brought you to Iceland and how did you come across Erna and Hrefna?

I visited Iceland in 2002 for the first time when I was still living in New York. Since my first visit, Iceland has been the most inspiring place for my photography. I think it is because of the Icelandic nature, stones, water, moss, and the light that awaken my deep subconscious and particularly, my childhood memories. Specifically, about my hometown Kyoto which is the oldest city in Japan and there are thousands of temples and shrines. When I was a child, they were my playgrounds where I collected stones and touched the moss.

In 2008, I published a series of landscape images reflecting my childhood memories, ‘SÓL’ (published by Akaaka). While I was working on ‘SÓL’, I did a photo shoot for a Japanese fashion designer, minä perhonen in Iceland in 2006, and my friend who helped me with casting saw the twins at a swimming pool and invited them for the audition. They were six years old at that time.

After I published ‘SÓL’, I still wanted to do my next project in Iceland, so I contacted the twins’ father and filmed 8mm short film when they were 8 years old. Afterwards, I decided to photographically follow their transition from children to adolescents, and that is how ‘Eagle and Raven’ started. 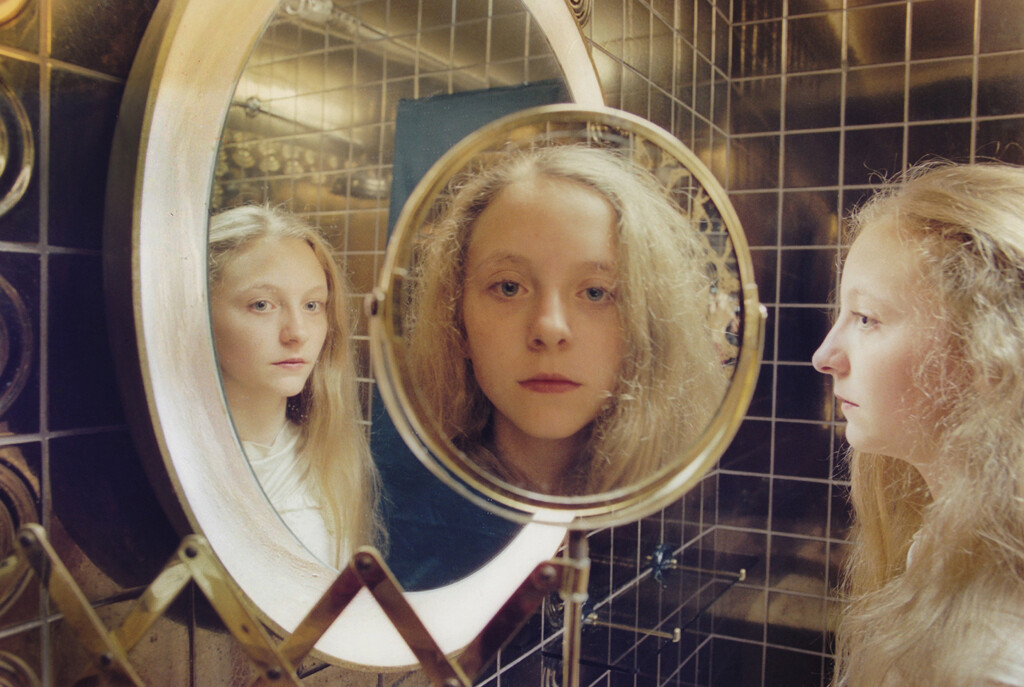 How did you experience photographing the twins? Did it take a long time for you to gain their trust?

Since I met them, I felt that there is a special connection between them, and I wanted to capture their magical bond with my photography and also capture the precious period of their life – the transition from childhood to teenage years. I wanted to see how their relationship would grow.

Their father studied film in New York, and he was very supportive of my project from the beginning. Without his encouragement, I would not be able to make the series going. They grew up in the United States until they were five years old, so they speak very good English. Therefore, I did not have any problems with communication but definitely the support of the twins’ family helped tremendously. Also, Erna and Hrefna dance ballet and they were getting better and better every year (they are actually in the same ballet company in England now) so they were always very natural in front of the camera.

What was it about Erna and Hrefna that made you keep coming back?

I was very attracted to the harmony between the two. I have never seen such a strong connection between two human beings. They never fight or argue. There is a beautiful energy between them, and I often felt like I am in a dream when I spent time with them. When they were 11 years old, they told me, “We dream the same dreams together.”  This one phrase that returned to me again and again, becoming a leitmotif for this project. I interpreted what they told me, as something akin to Japanese Shintoism describing kami (god) existing in all elements. When we connect with anything harmoniously – nature, animals, humans and stars – we are dreaming the same dream together.

“I have never seen such a strong connection between two human beings.” 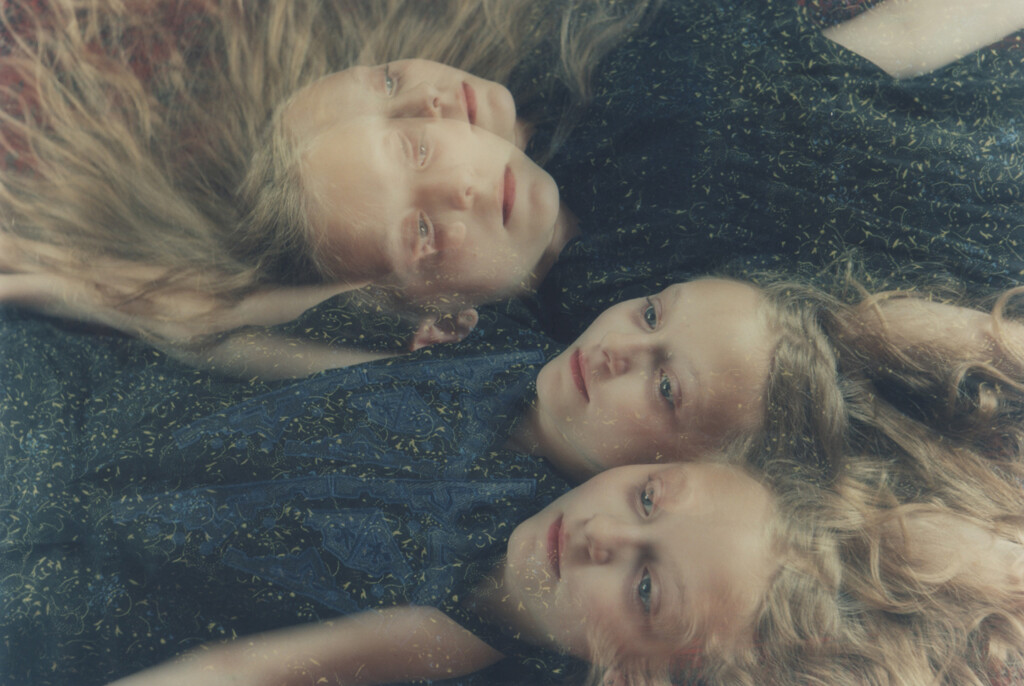 “We dream the same dreams together.”

When was the moment you realized the work is finished and can be composed into a book?

From the beginning, I planned to continue this project until they reach the age of 16 or 17. After photographing them when they were 16, I knew it would be the last year, so I started to make a dummy book to think about how I want to compose the images together. When they were 17, I photographed them for a short amount of time, but I decided not to include the material in the book. However, I spent more time alone traveling in the countryside to photograph the landscapes and elements for the book, and after that, for almost two years I was making dummies over and over to complete the book and have it published. 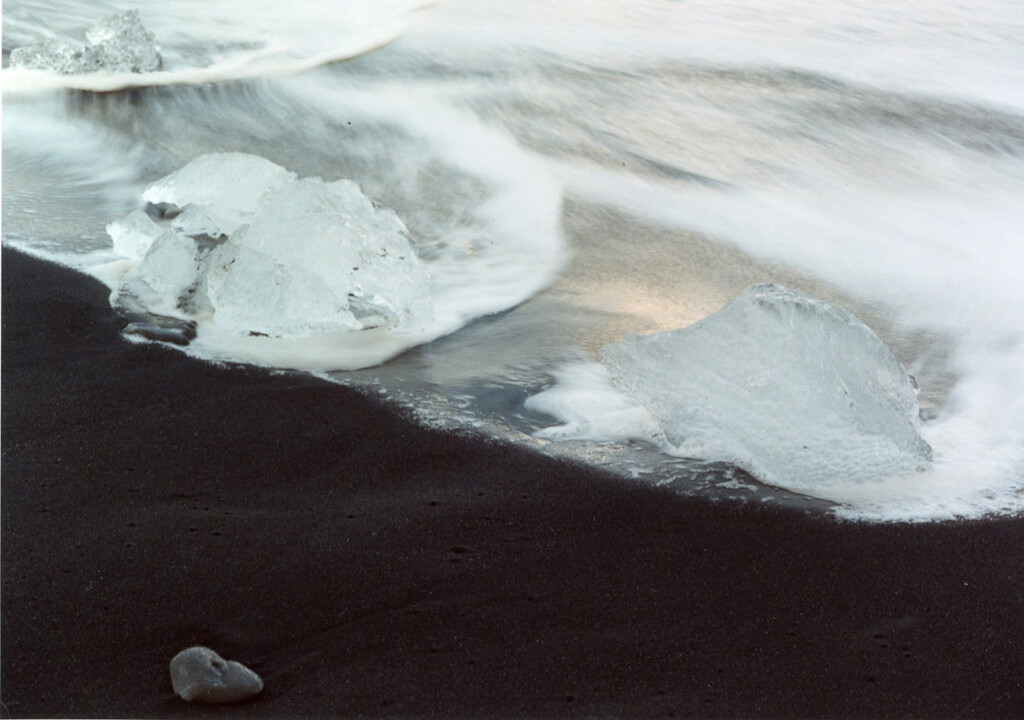 How are you now approaching new work? Will it span over a long period of time again, as with ‘Eagles and Ravens’?

I spent 6 years for my first book ‘SÓL’ and 9 years for ‘Eagle and Raven’. I invest a lot of time in each project. During the making of ‘Eagle and Raven’, I also became a mother and an owner of my family restaurants which runs since 1465. Due to the loss of my father, I had to take some time off from photography. I hope my next project will not take as long as this one, but I believe the end product of the project will be a book that will be ready to come out to the public when it will be the best time. My next project will take place in Japan. Now, I am still at the stage of collecting ideas and inspirations for my next “journey”.

The book contains a poem by Icelandic novelist Gudrun Eva Minervudottir in English and Japanese translation. ‘Eagle and Raven’ is distributed internationally by Shashasha online book store here. Inaoka’s project was additionally published in GUP #39 and on the cover.