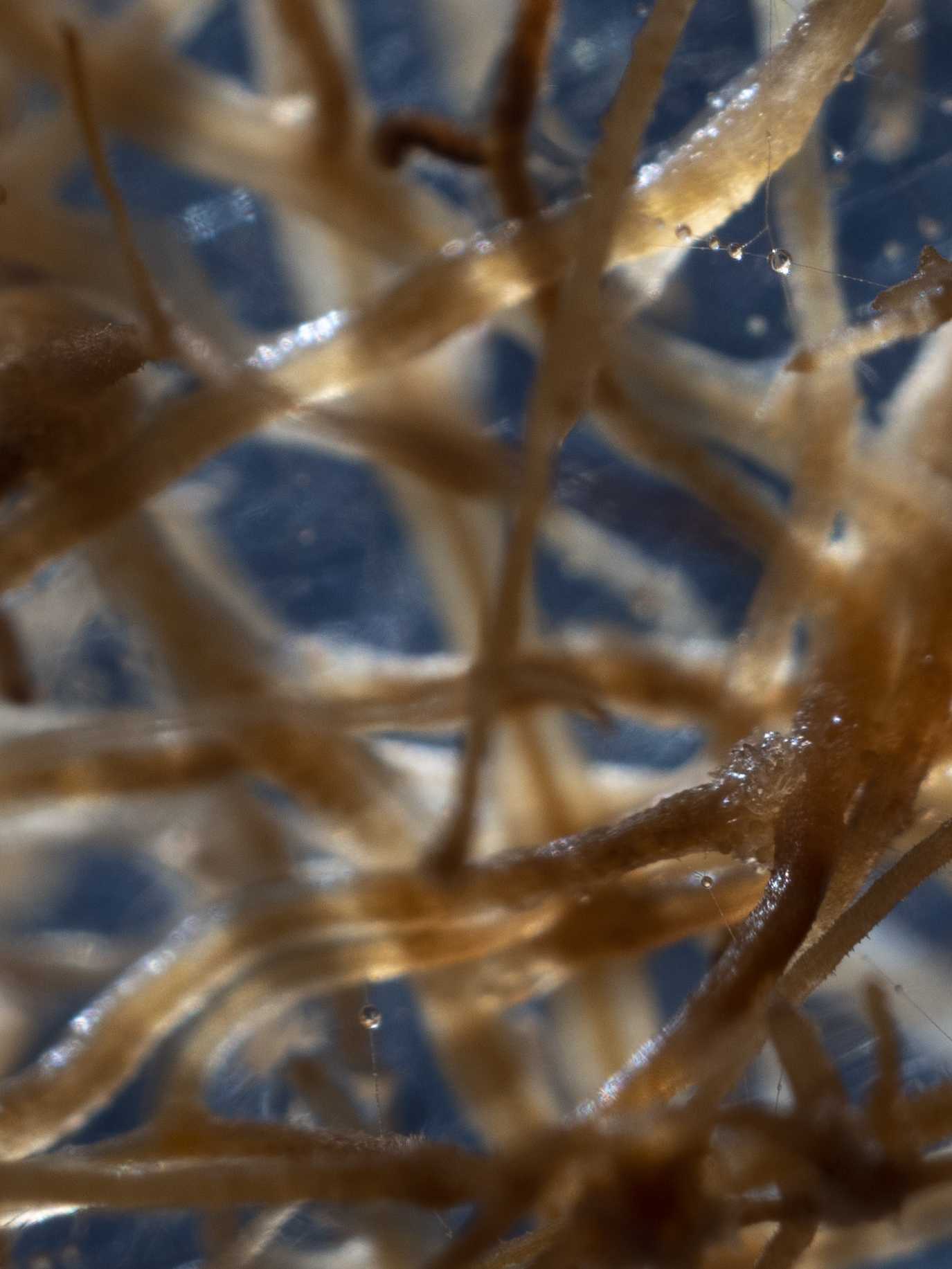 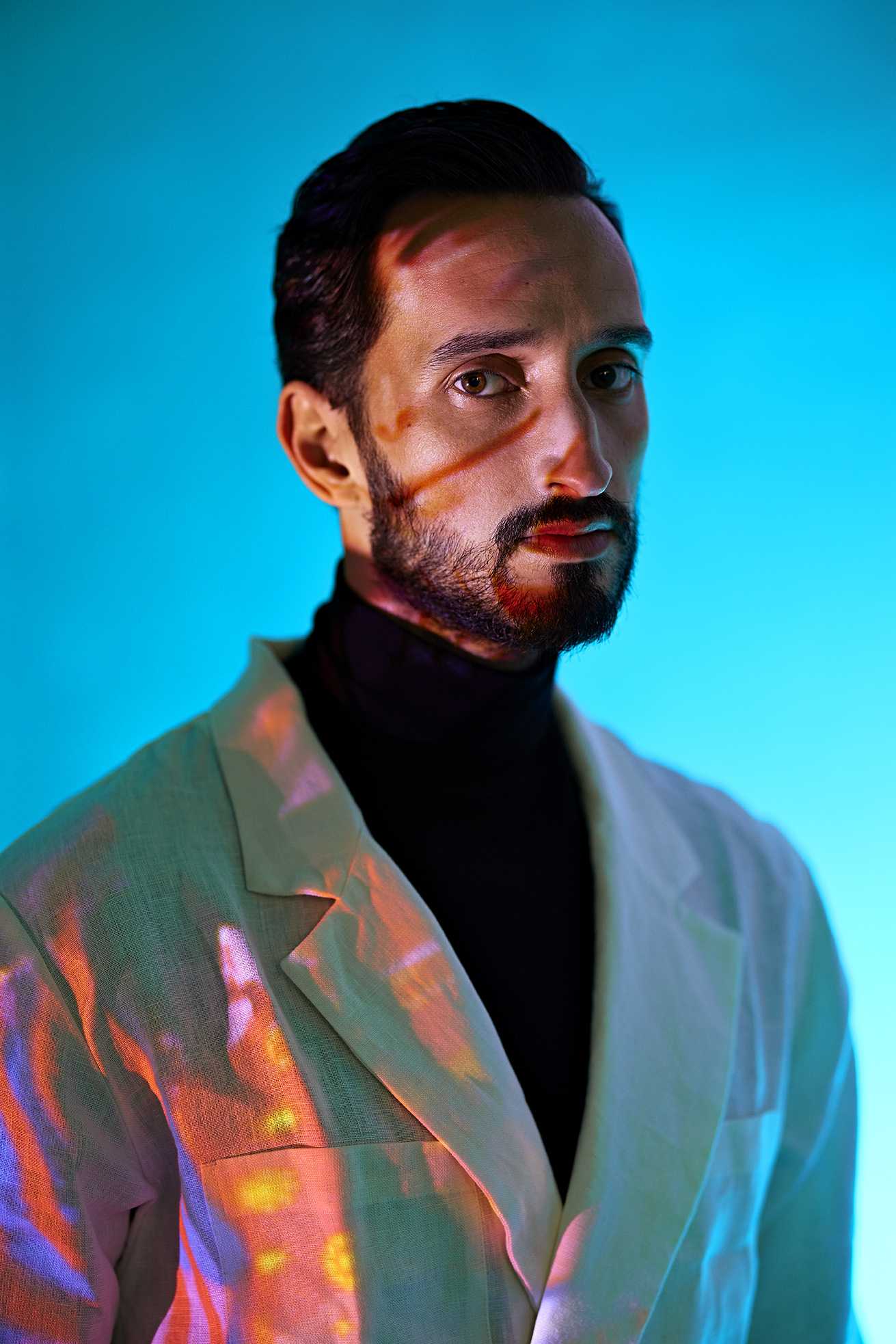 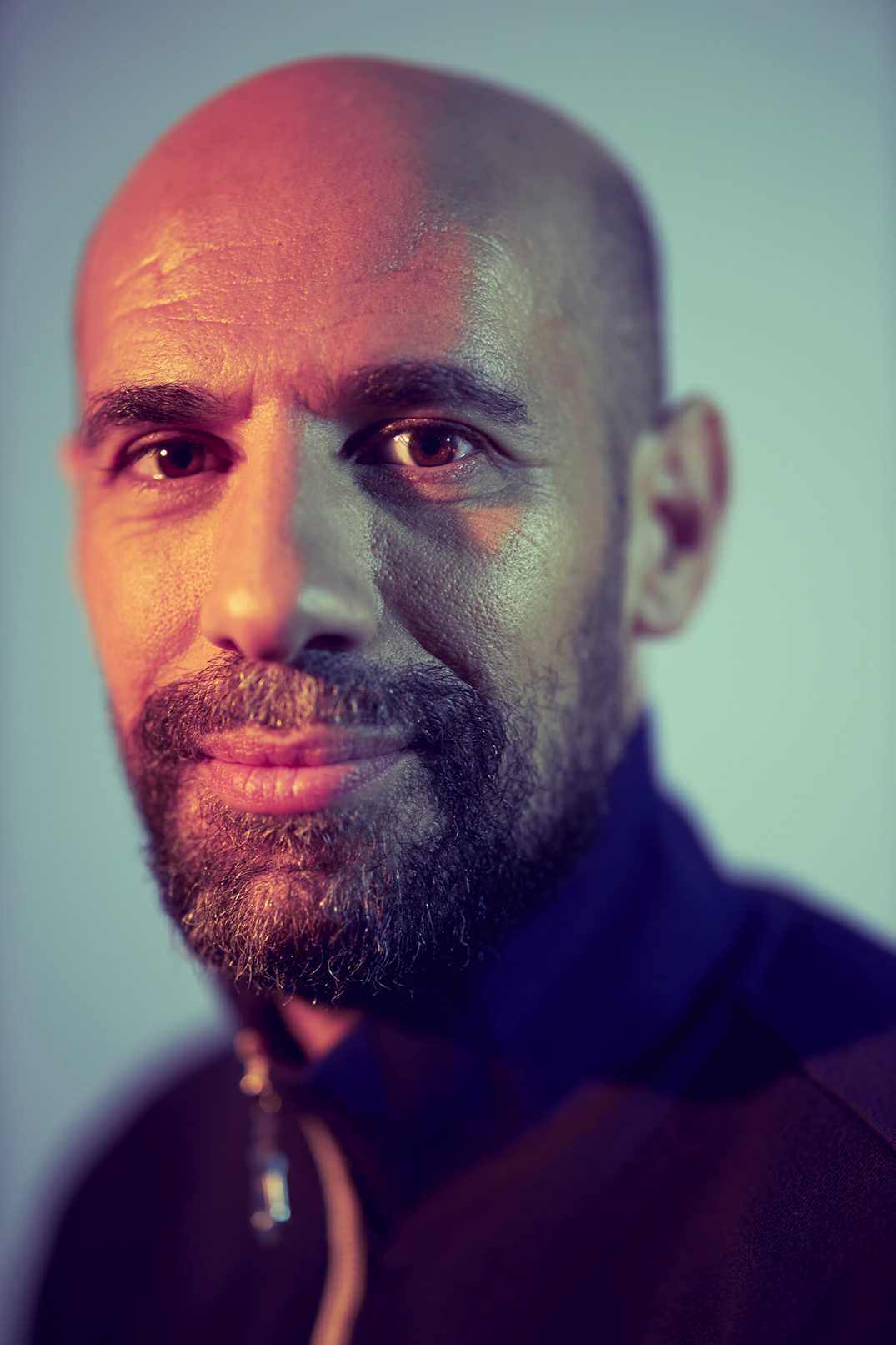 NIMAR (Dutch Institute in Rabat) invited Suzette Bousema, Marwan Bassiouni, and Ahmet Polat – all visual artists located in Holland – to participate in this year’s edition of ‘Les Rencontres de la Photographie’ in Marrakesh, Morocco. On Friday, October 21, a selection of their work was screened at the impressive ruins of El Badii, the facades of a sixteenth century palace in the heart of Marrakesh that served as a beautiful setting for the festival’s projections programme.*

The palace, located in the Kasbah District, was once richly decorated with materials imported from afar, ordered by the Sultan of that time to show off his wealth and power to invited guests. The palace eventually fell into ruin after the decline of the Empire. Only its facades – the walls and the basic constructions of its court – are still standing yet it makes for a perfect scenery for an outdoor exhibition space, especially in the evening hours, when the organizers of the ‘Rencontres’ scheduled the projections of selected artists, both from their Open Call and by way of consulting international experts from the field of photography.

A short introduction to the selected works of the artists: **

Suzette Bousema (NL, 1995) visualizes contemporary environmental issues – the planetary conditions and our place in them; the way humans interfere with nature and how we relate to the Earth on an individual level. In her science-based practice she works interdisciplinary with photography, printmaking, glass blowing, weaving, sound, smell, and organic materials (such as seaweed). She graduated from the Royal Academy of Art in The Hague (KABK) in 2019 and ever since performs a specific focus  on ‘hyperobjects’, which are so big or abstract that we can’t see or touch them – entities that are only to be experienced through the effect that resonates from their very existence.

For example, we can see and touch a single plastic object, but to imagine global pollution is nearly impossible. Suzette nevertheless attempts to visualize plastics in the sea as floating ‘non-objects’; as future relics of today’s consumer behavior. The cyanotype technique that she applies was originally introduced by early adapters of photography in the 19th century to make actual size contact prints of plants. Suzette appropriates these old photographic techniques to confront the viewer with the omnipresence of the ‘organic’ plastic waste, emphasizing its abstract shapes caused by long presence in the sea, but also as a reminder that Anna Atkins and her 19th century contemporaries creating cyanotypes at the time could never have witnessed this plastic soup when envisioning the flora of their own environment…

Marwan Bassiouni (CH,1985), another recent graduate from the KABK (The Hague) selected for the Marrakesh ‘Recontres’ projections, creates work that is closely connected to his own life. Having grown up in a predominantly secular multi-cultural household in the 1990s – in Switzerland, with parents of Egyptian and American-Italian descent – it was not until the age of 24 that he began to take a more genuine interest in his Arabic roots and in the Muslim religion. Currently, Marwan is involved in the ongoing production of views as seen from the interior of mosques, the result of a longitudinal process of researching and contacting mosques in Western Europe that have windows overlooking a typical local landscape.

After his graduation at the Royal Art Academy in The Hague, Marwan decided to stay and reside in The Netherlands. For the occasion of this festival in Marrakesh, he selected images from his larger ‘New […] Views’ project; from mosques he visited in The Netherlands, Switzerland and the UK. What initially started as a graduation project eventually grew into a publication (‘New Dutch Views’, Lecturis 2019), several exhibitions, and a continuation of his methodology, photographing with a similar scope in other countries that are known for having a considerable muslim population – people arriving from all over the globe commonly practicing their prayers in the various mosques that have become part of the contemporary architecture in Western European urban conglomorates. Be it that the people themselves are taken out of the equation in Marwan’s work.

Marwan’s very specific angle – from the inside looking outwards – combined with the keen compositing of his large format frames (apropos, ideally seen in print and not on screen) together make for a surreal effect. Not unlike works created by the Surrealists of former days, we find magic and strange beauty in the unexpected and the somewhat uncanny juxtaposition of the ‘vernacular’ exteriors and the interiors often deemed as ‘exotic’ or even considered by many as unfitting the local ‘milieu’. One can’t but admit that with the arrival of immigrants from outside the Western hemisphere also came mosques yet when visiting these places of prayer for Muslims one would still see the iconic elements of what many consider typical of the nation’s identity. Without offering further context or captions, the images are presented in a rather dry and matter-of-fact manner from which, in combination with the title of ‘New […] Views’, it remains to the onlooker to have whatever emotional response to this inevitable fact of life…

Ahmet Polat (b. 1978, NL) is a former Photographer of the Nation in The Netherlands. Coming from a mixed background – his mother being Dutch, his father originating from Turkey – he has a sensitivity for issues related to migration, minorities, and identity. The ‘Postcards from Morocco’ project tells the stories of Moroccan residents of Amsterdam, which are originally collected in image, text and sound (the projection in Marrakesh is a spin off version in that sense) and are mirrored with the stories of those who stayed in Morocco. The series of portraits was created in 2019, exactly 50 years after the first migrants arrived in The Netherlands. This resulted in an outdoor exhibition at the time in collaboration with FOAM, a museum for contemporary photography in Amsterdam.

The studio portraits made by Ahmet (supported by his wife, visagist Shelley Lashley) all have a neon-glow which gives the images a glamorous effect; a connotation of how models and celebrities are often seen in commercial media outlets. Indeed, it is a consciously created deviation from a normalized way of how a still largely underrepresented segment of our society is being depicted – a second or even third generation of locals whose (grand)parents once were considered as strangers and too often approached with some level of suspicion, which inevitably has had a significant impact on their (grand)children’s position in Dutch society. The portraits of these individuals, selected by Ahmet for having established a successful career as cultural entrepreneurs in The Netherlands, are for a significant part an adjustment of the collective experience; of the diverse and ‘multicultural’ country in which they grew up.

These three artists together delivered a significant contribution to ‘Recontres de la Photographie Marrakech’, a festival and a meeting place for visual artists from Morocco and abroad that was only founded a few years ago, just before the start of pandemic and consequently having relatively little experience with presenting the most contemporary segments of what makes for the ‘avant-garde’ in photography. There is still plenty of work to be done but from what I could see, thanks to the generous offer by both the organizers of the festival and NIMAR, the city of Marrakesh already guarantees a magnificent and impressive infrastructure for the visual arts – colliding with the feast for the eyes (and basically all other senses) that it already contains for many centuries. Marrakesh, it can be concluded, is not only a tourist destination or a  marketplace for merchants, it is also putting itself on the map as fertile ground for the arts and for hosting great cultural events in the years to come. Inshallah.

The projections are only one segment of the ‘Recontres de la Photographie de Marrakech’. For a full overview of the programme please visit the festival’s website

*NIMAR is not specifically associated with the medium of photography: the institute’s main target is to support, stimulate and facilitate exchanges and cooperation between Morocco and the Netherlands in the field of higher education, scientific research and culture.

** Erik Vroons, our freelance Editor-at-large, was invited to Marrakesh between 17-24 October 2022 by Mr. Abdellah Oustad, the artistic director of the ‘Recontres de la Photographie Marrakech’, and on request by NIMAR voluntarily shortlisted a selection of Dutch contemporary artists working with photography.