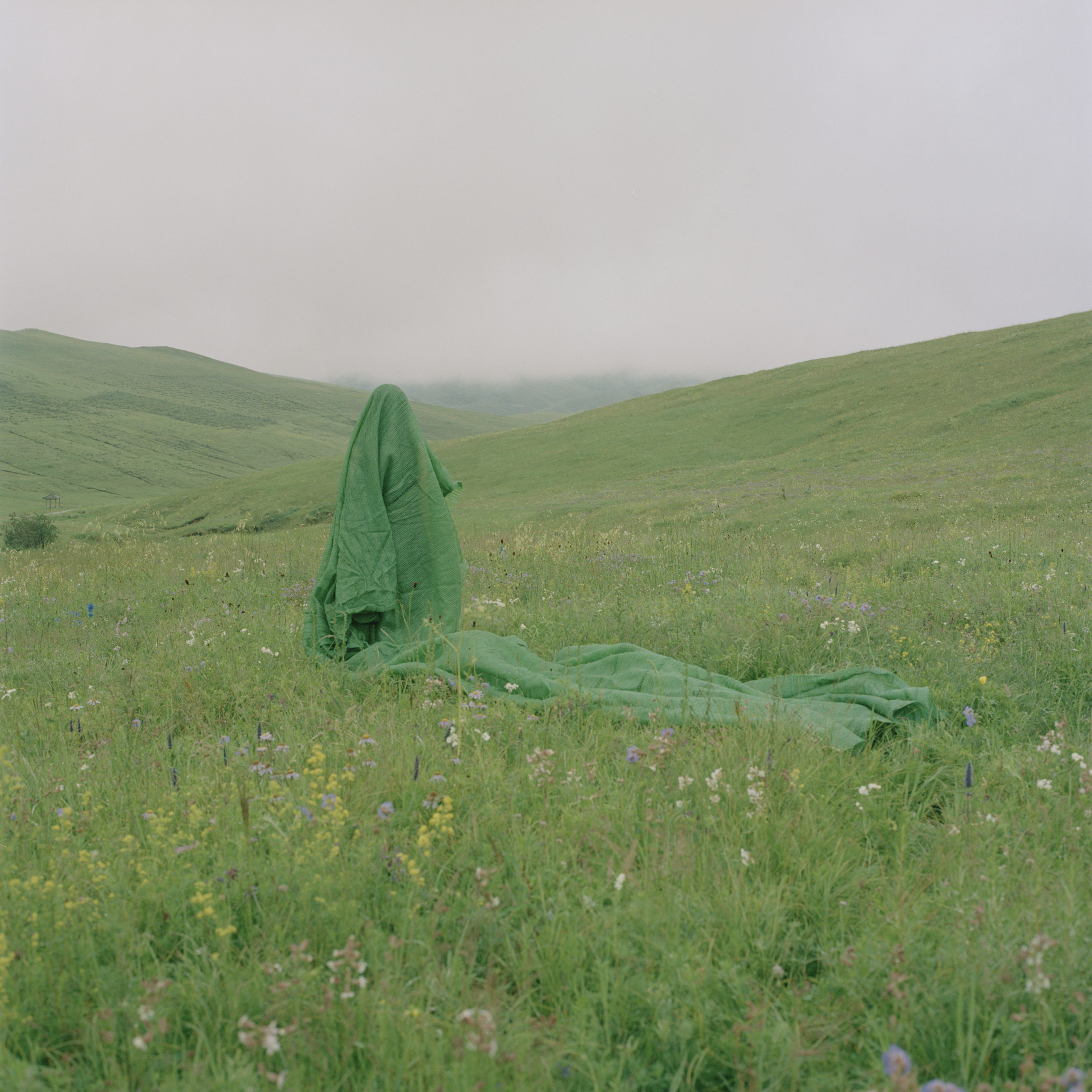 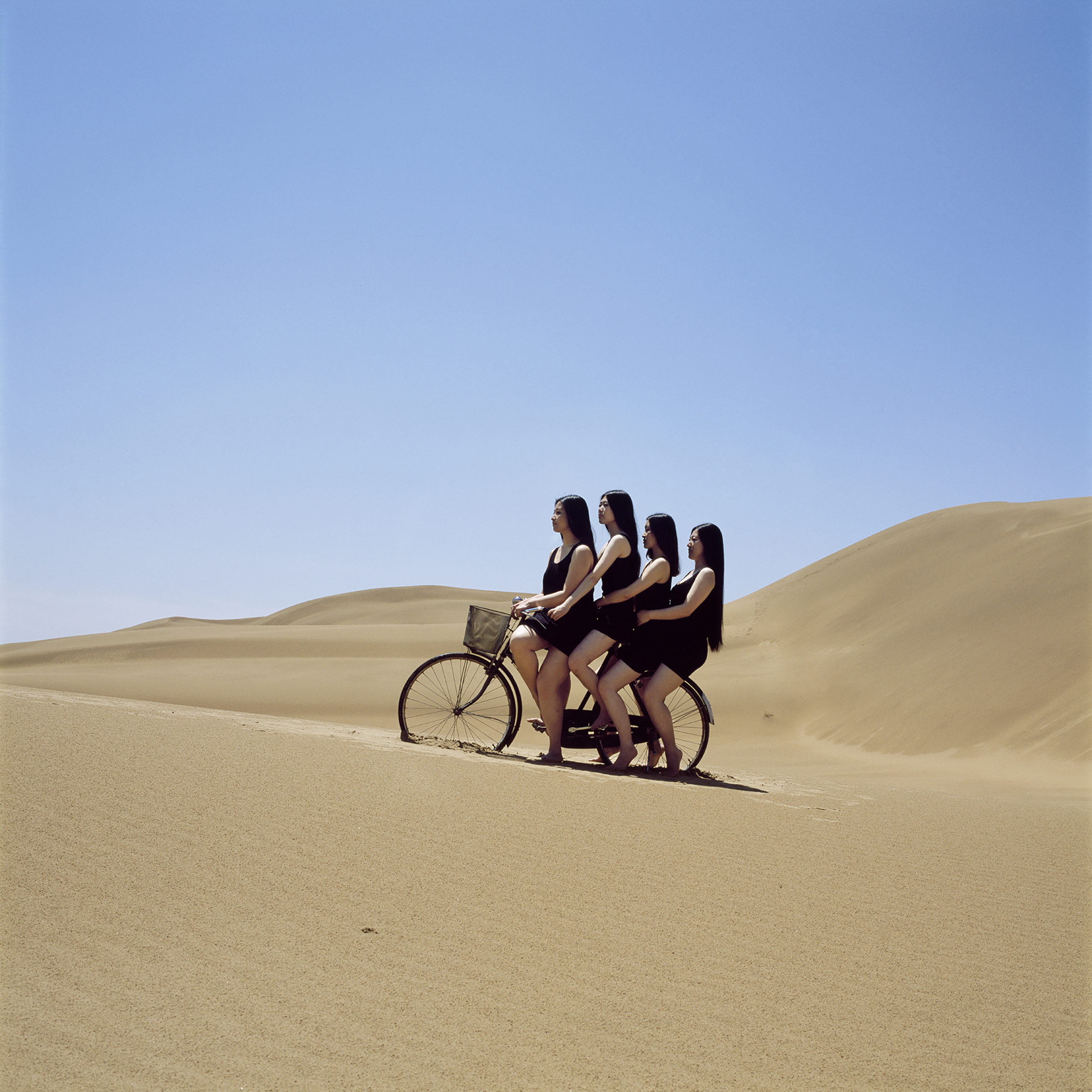 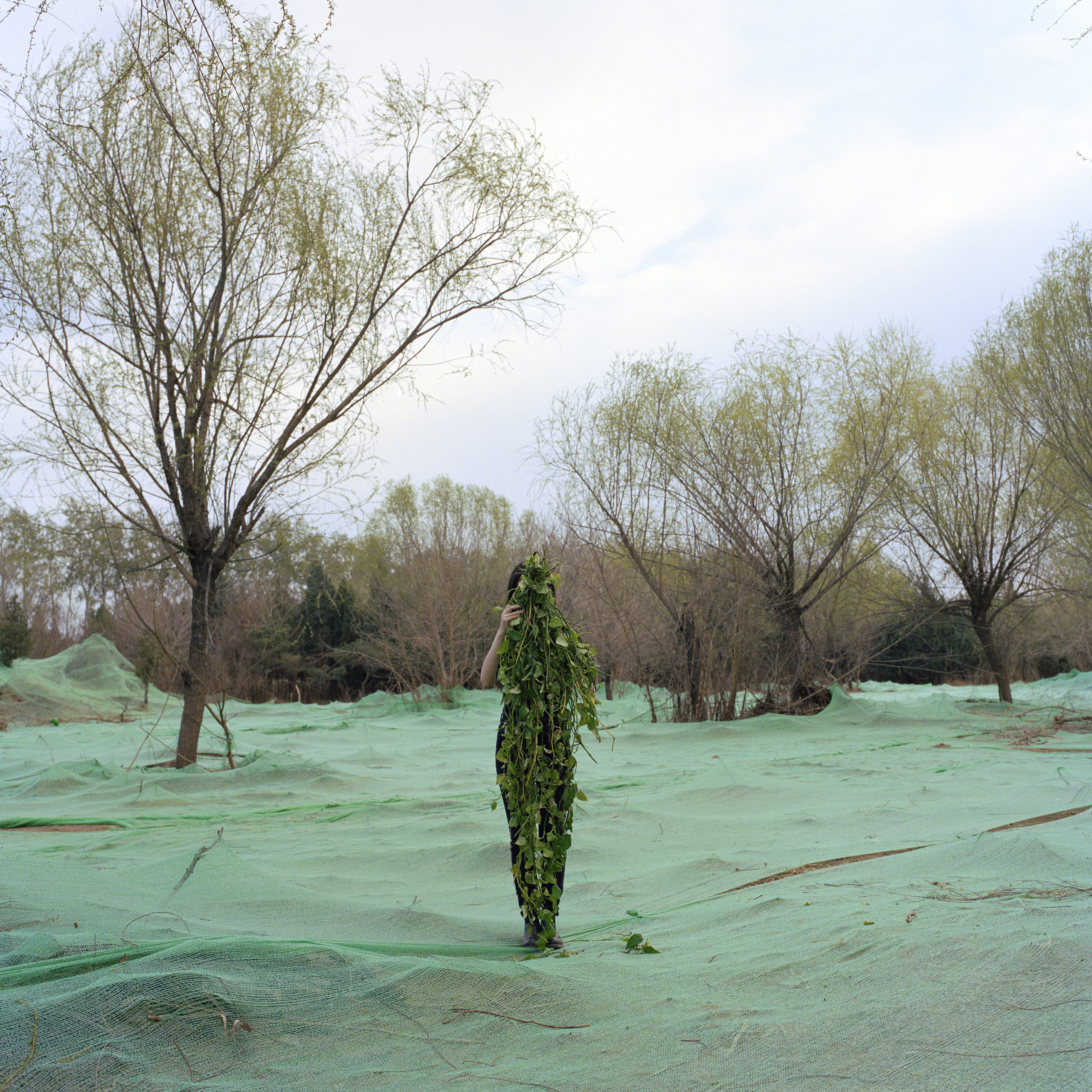 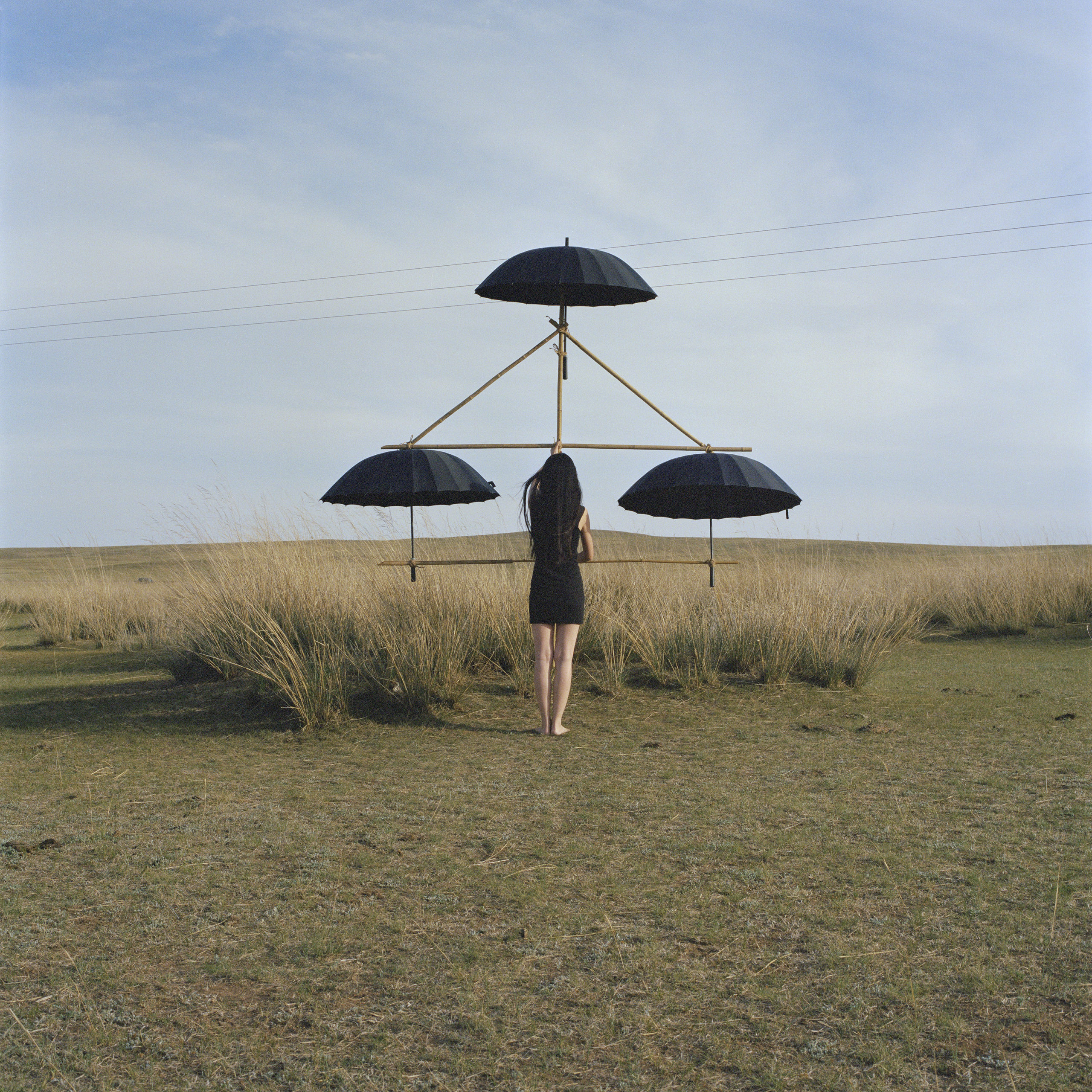 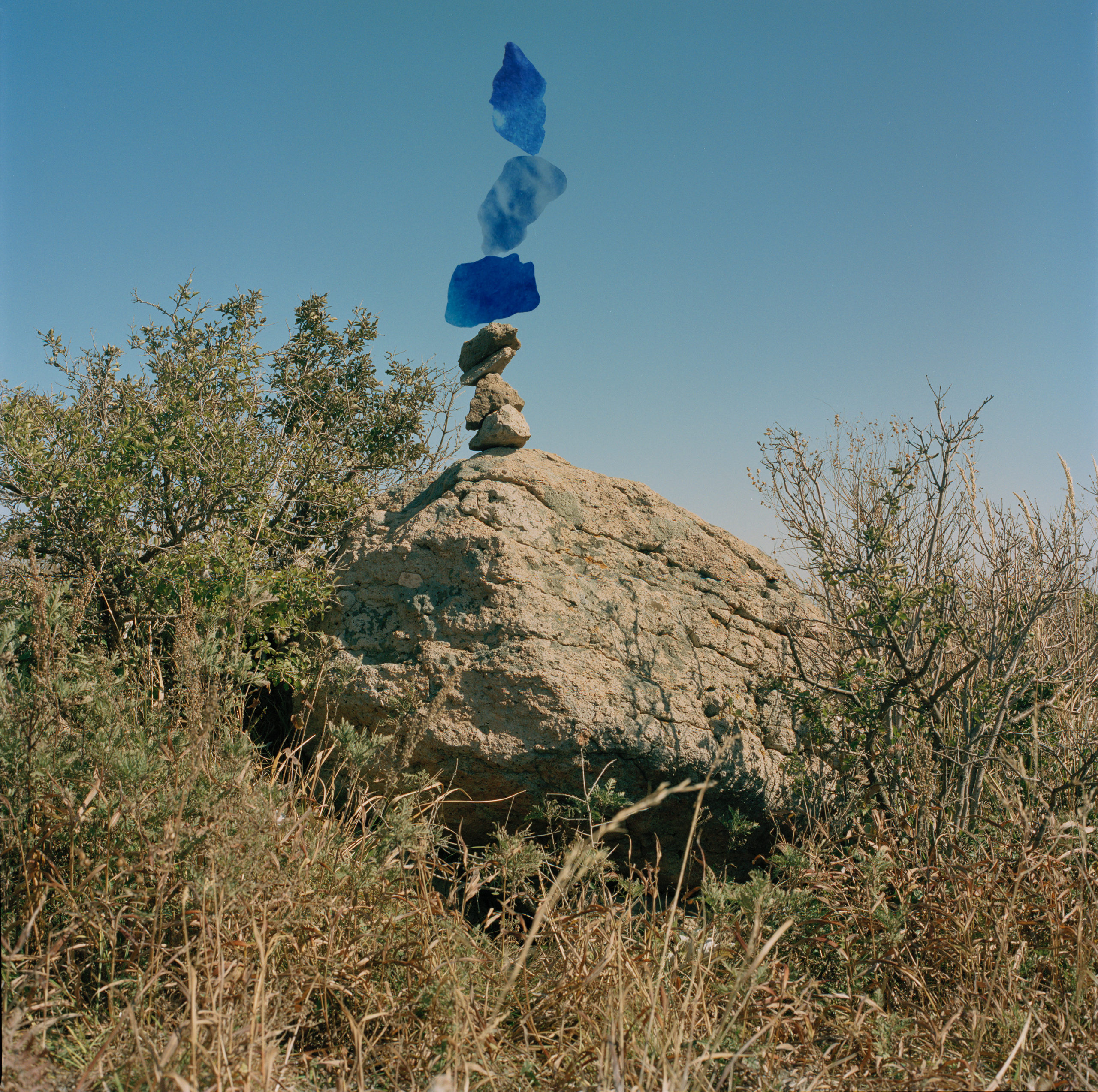 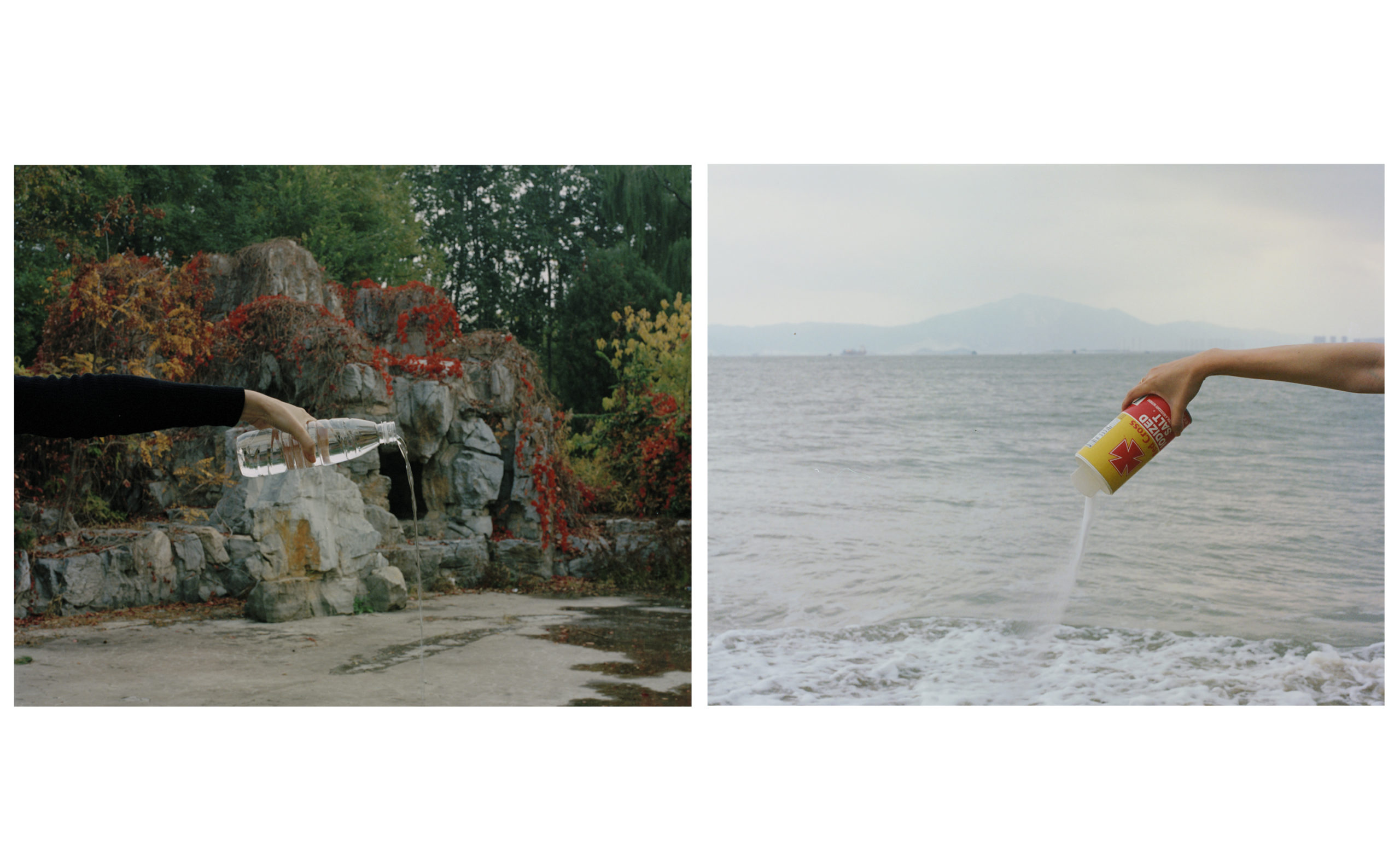 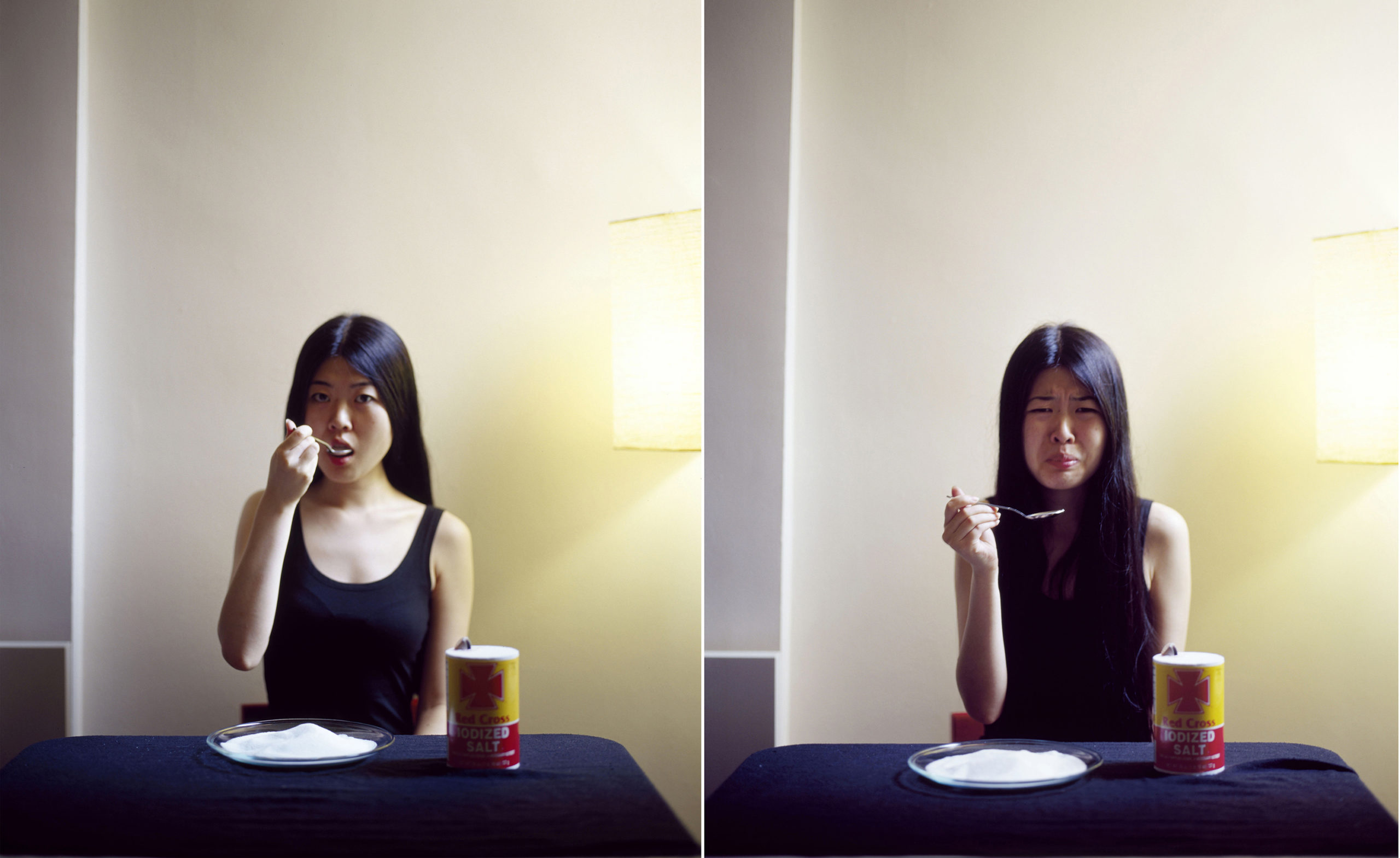 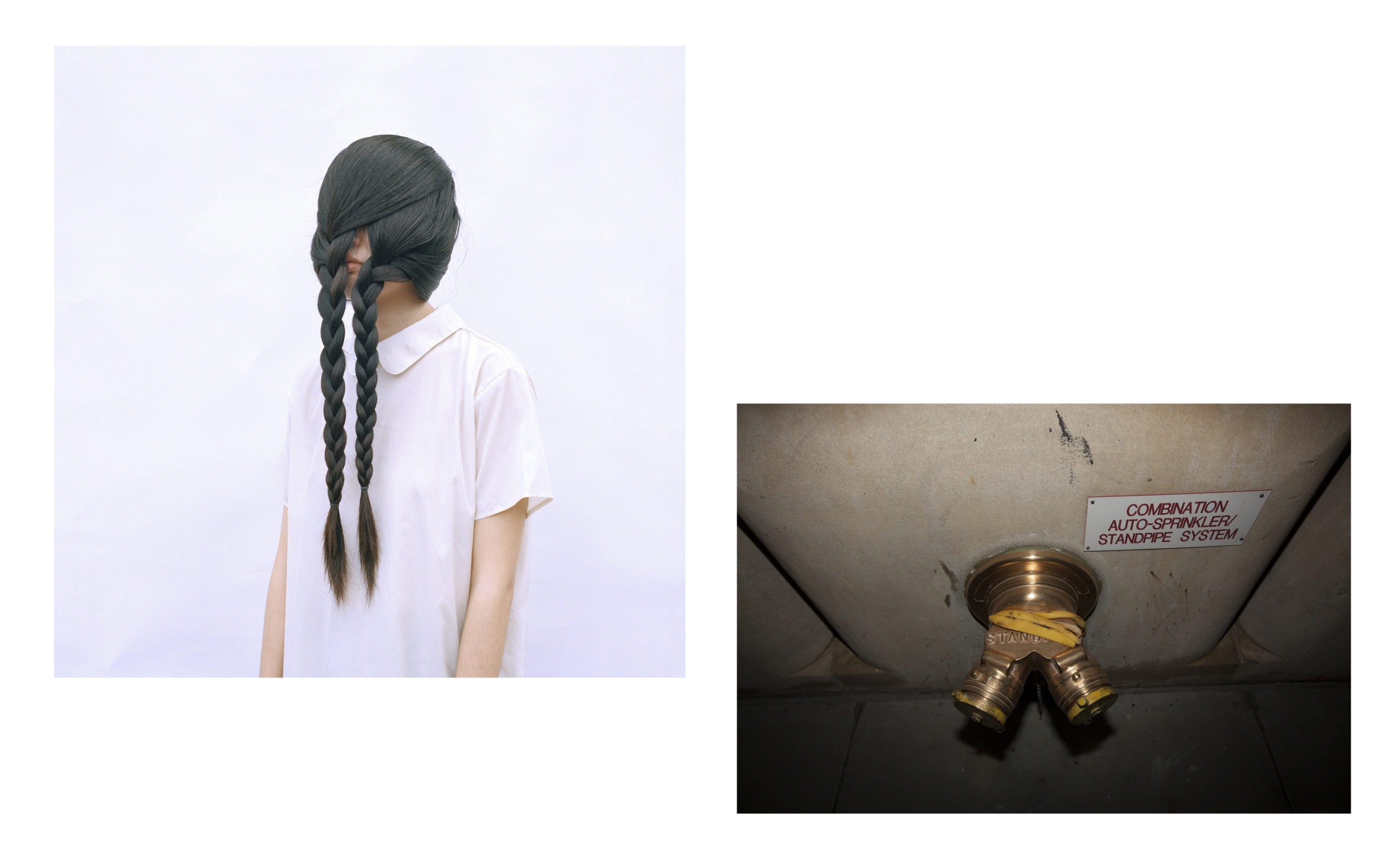 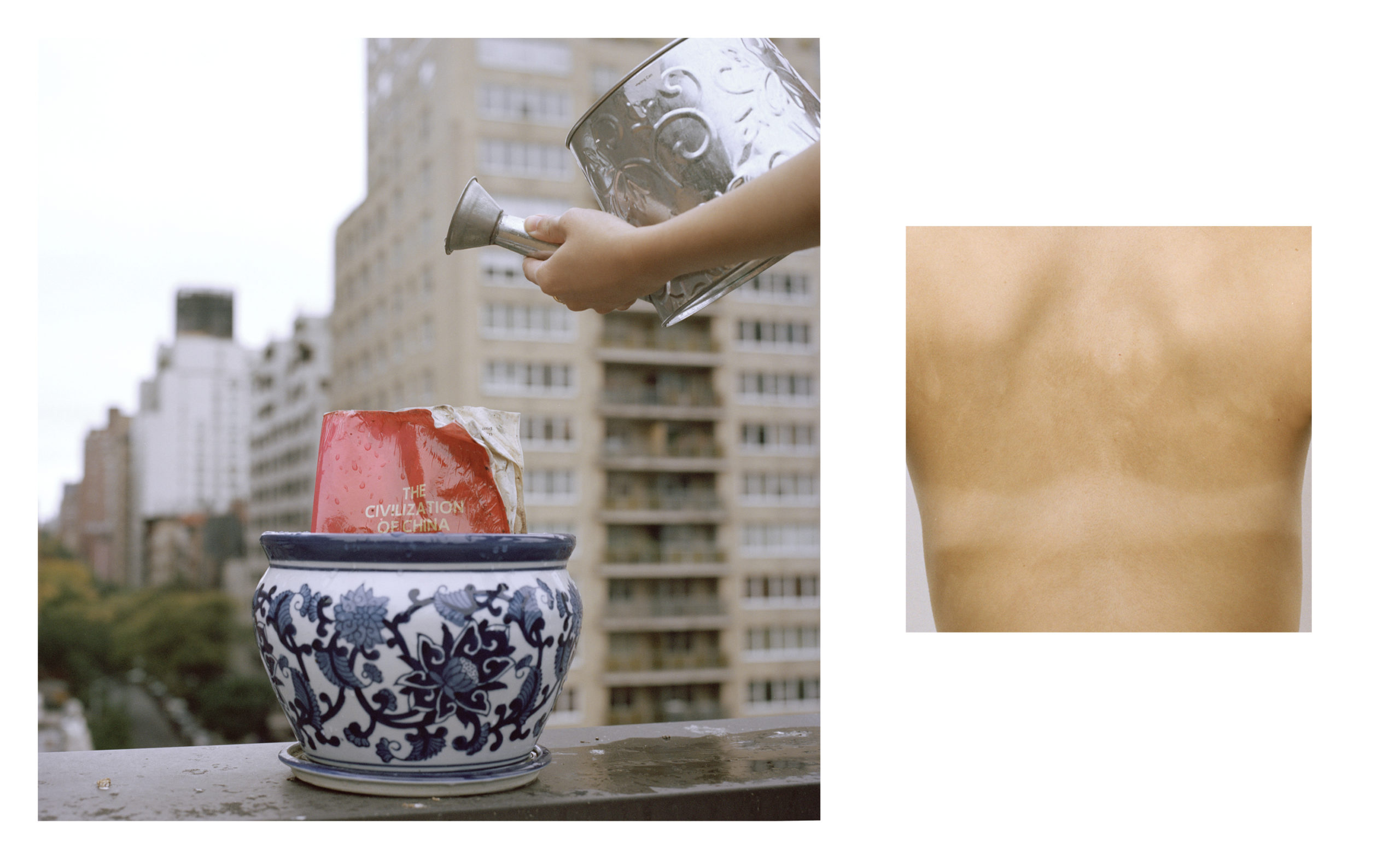 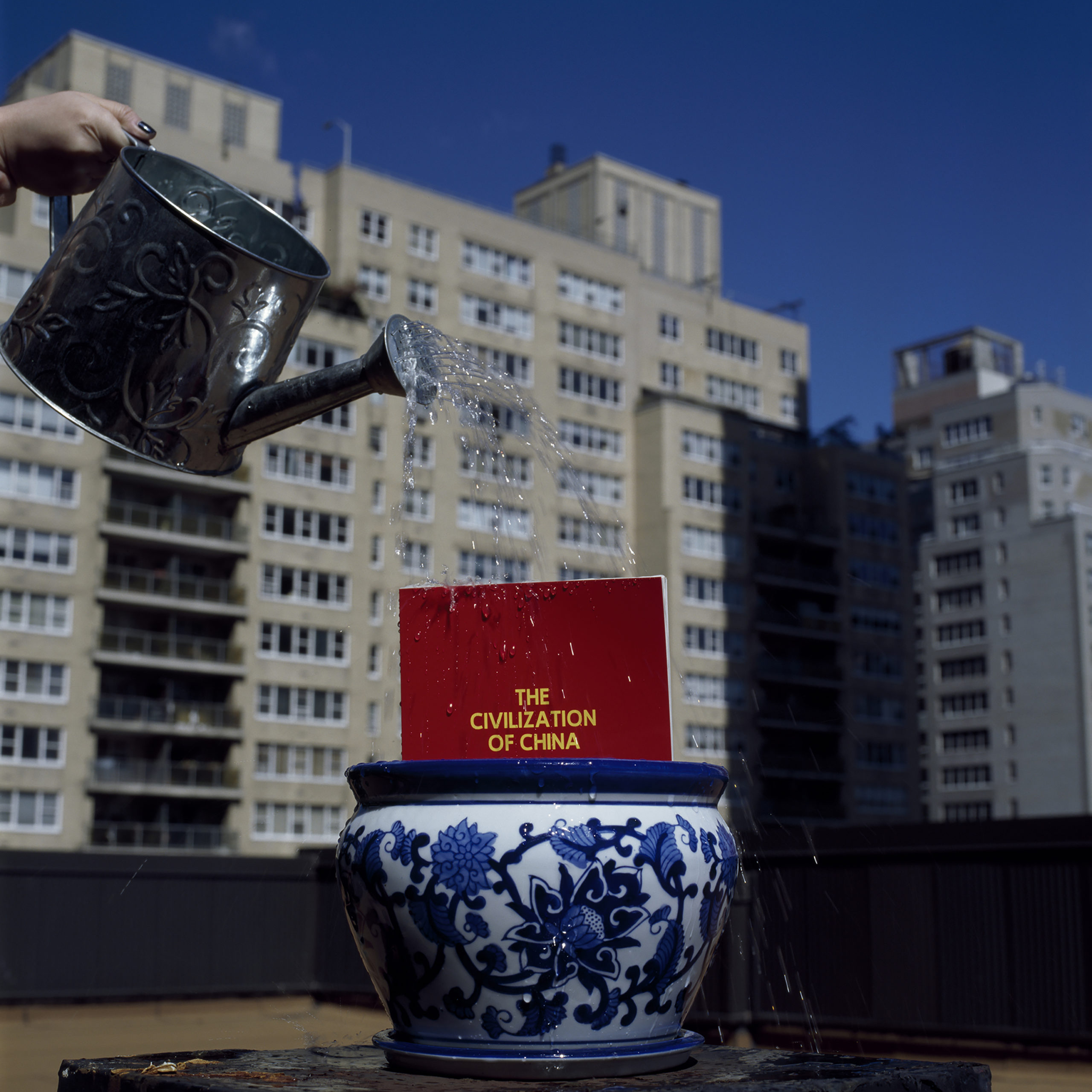 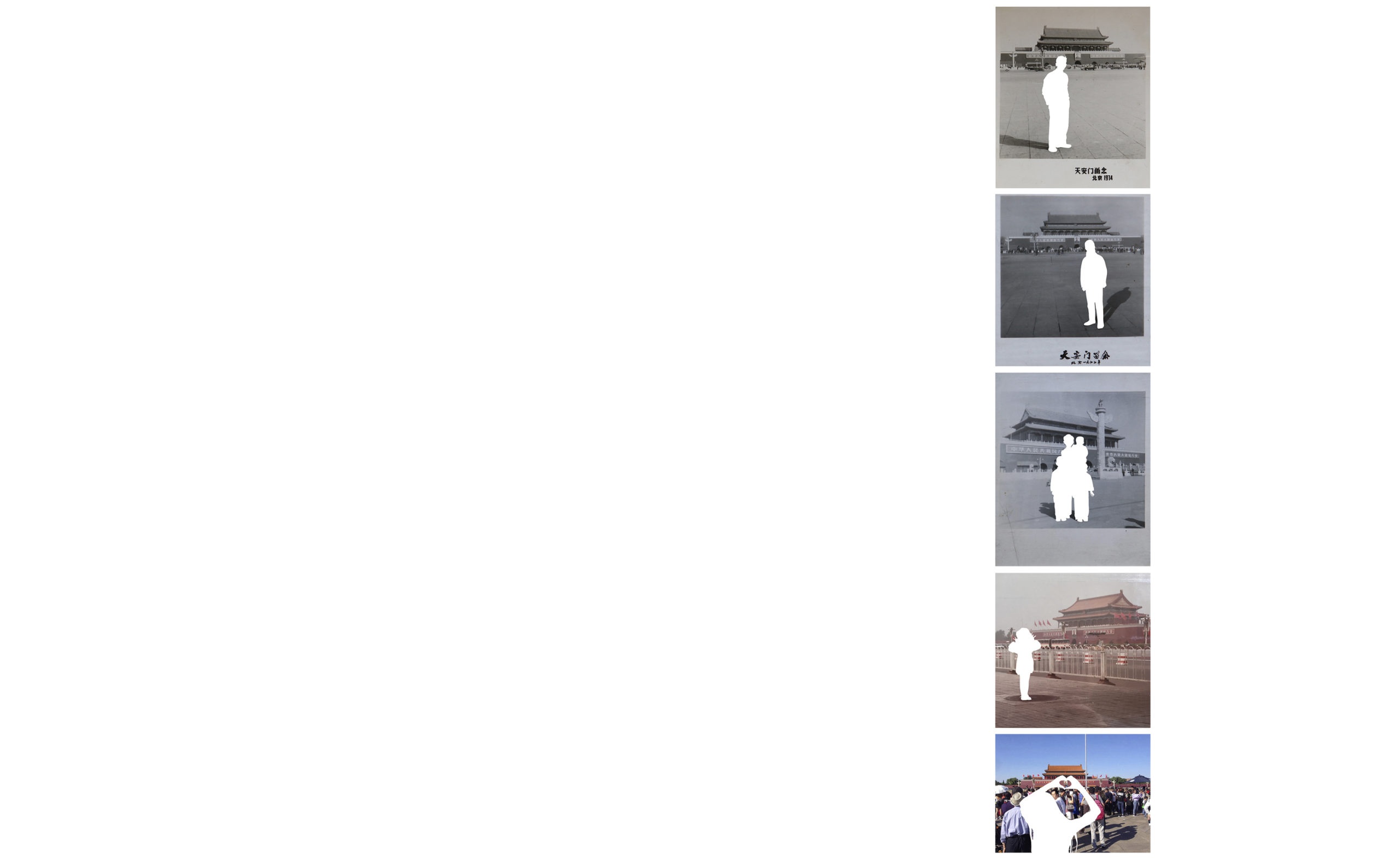 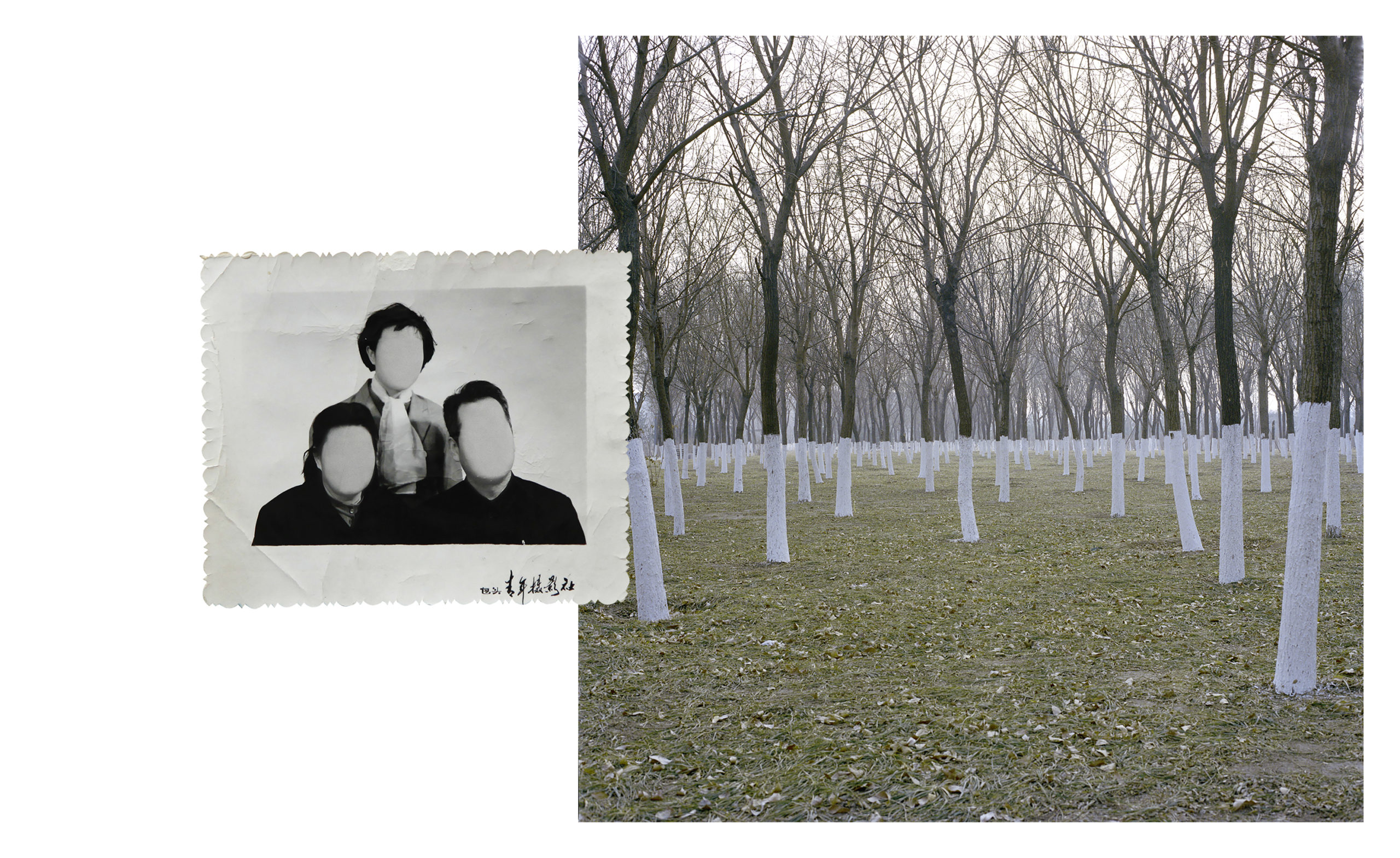 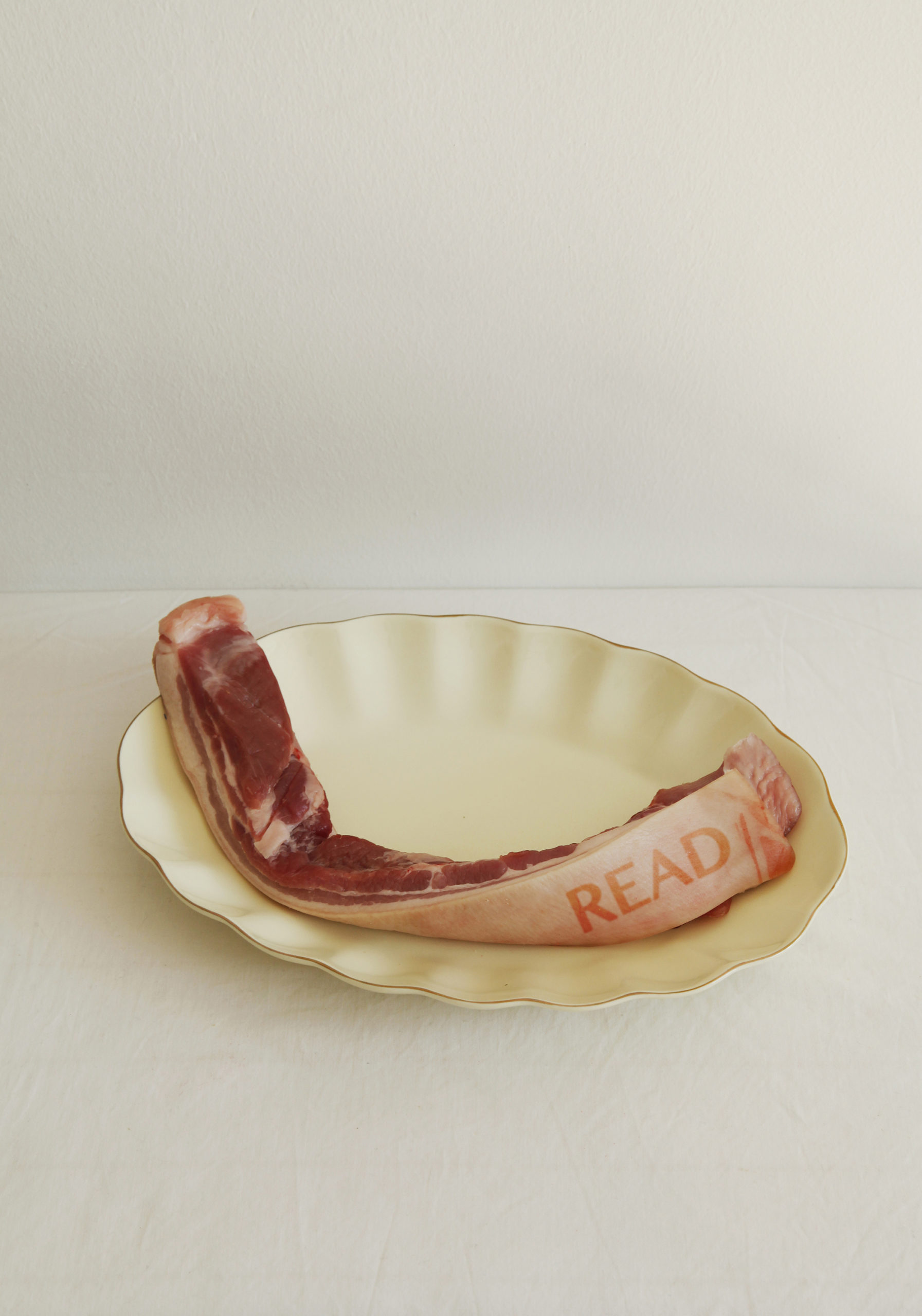 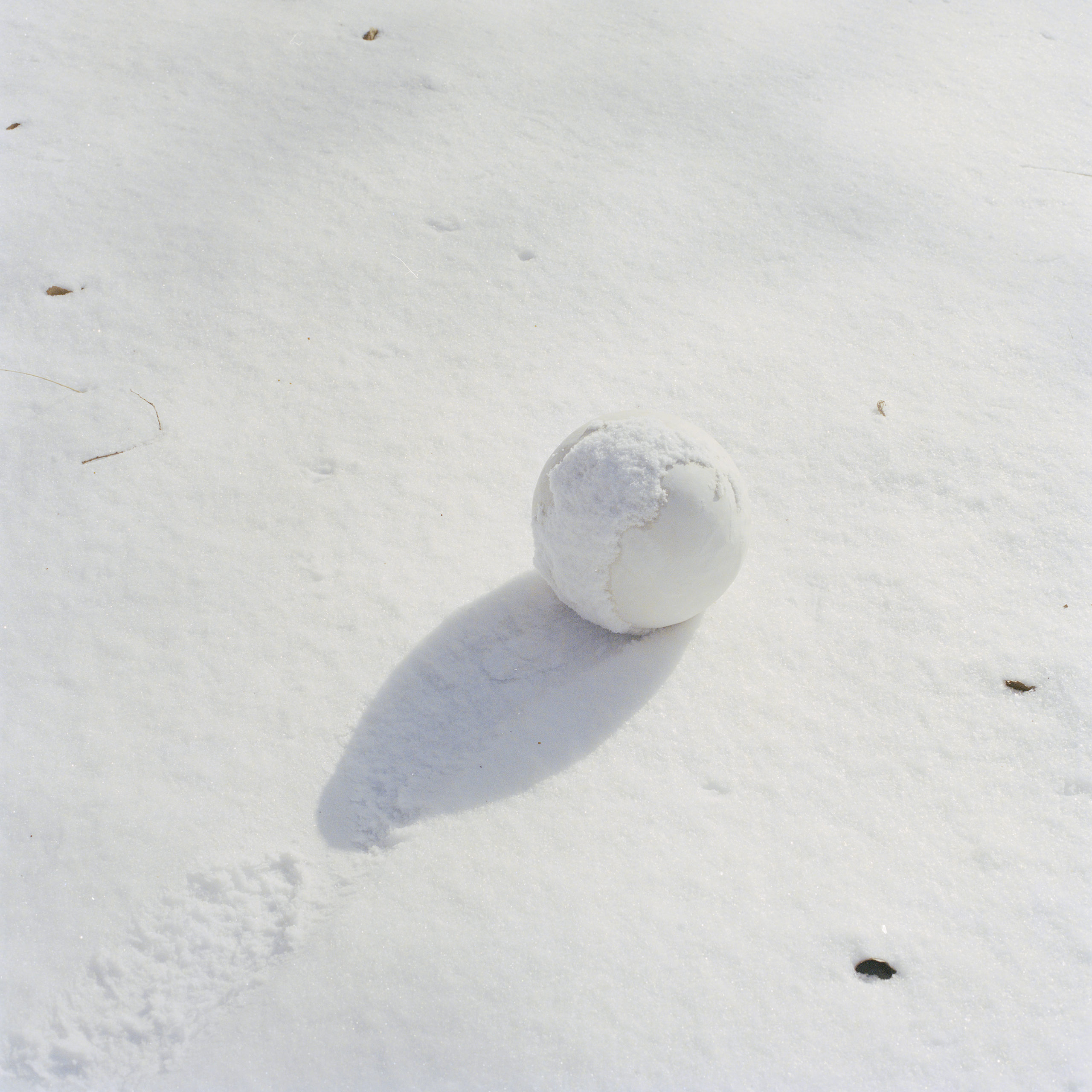 Every year, artist Yichen Zhou (b. 1986, China) returns to the expansive plains of her birthplace of Inner Mongolia. There, she creates surreal images — usually depicting herself, performing a series of acts ranging from the futile to the absurd, isolated in the center of the natural environment. The captivating simplicity of the photographs in this ongoing body of work (‘Untitled’) form the framework of the larger conceptual inclinations also evidenced in her second ongoing series, Daily Talk: how do personal and collective memory interact, belie or even negate one another? How does the performativity of daily life straddle the line between reality and illusion?

The subjects of Untitled, completely absorbed in their fruitless actions, seem driven by the sort of strange impulses and notions that emerge in the mind at random, those fortuitous moments where the mind marries two opposing images into perfect, illogical unity. The poetic futility of the performed acts takes inspiration from Zhou’s preoccupation with the contradictions in Chinese society: a nation of rapid, exponential progress driven by a fierce competitive drive, yet under the surface, “creating illusions without self-awareness”.

The fundamental element of performance in Zhou’s work echoes the inherent performativity of national collectivization, as seen in retrospect of the Great Leap Forward, which began in 1958. Collectivization, especially in agriculture, was espoused and strictly enforced, and this erosion of individual identity seems to be in direct antithesis to Zhou’s photographs: while the subjects seem oblivious to the world at large, the artist’s staging of them reveal a distinctly personal, original vision, like brief glimpses into otherwise impenetrable dreams.

Daily Talk, Zhou’s other ongoing body of work, continues in the performative vein with a series of self portraits, street snapshots, photographs of daily objects and reworked family archives. Diaristic in nature, the photographs act as documentation of daily thoughts and occurrences that emerge by “dipping into herself” — isolating moments of awareness, transforming aspects of her daily life into the performed acts recorded in her artifacts.

Exploring the relationship between personal memory and collective memory, Zhou’s staging of seemingly strange acts tease our perceptions that appear to be instinctual: is the image we see inherently illogical, or is it the culmination of collective memory that tells us it is so? The archival photographs, marked with her performative act with the erasure of faces, or even entire bodies, suggest a critique of the invalidation suffered historically with such events as the Cultural Revolution, which affected the collective erasure of countless identities.

Daily Talk can be considered as an open-ended examination of Zhou’s process in discovering her place at the intersection of cultural identities — having relocated to New York since 2010 — and the line between the individual and society.

Yichen Zhou is also the co-founder and curator of the New York based MiA Collective Art, a non-profit art organization that offers collaborative opportunities for artists, and provides a curated selection of articles, interviews, exhibitions and more. Their online exhibition ‘The COVID-19 Diaries Series’ is now on view on their website, www.miacollectiveart.com.