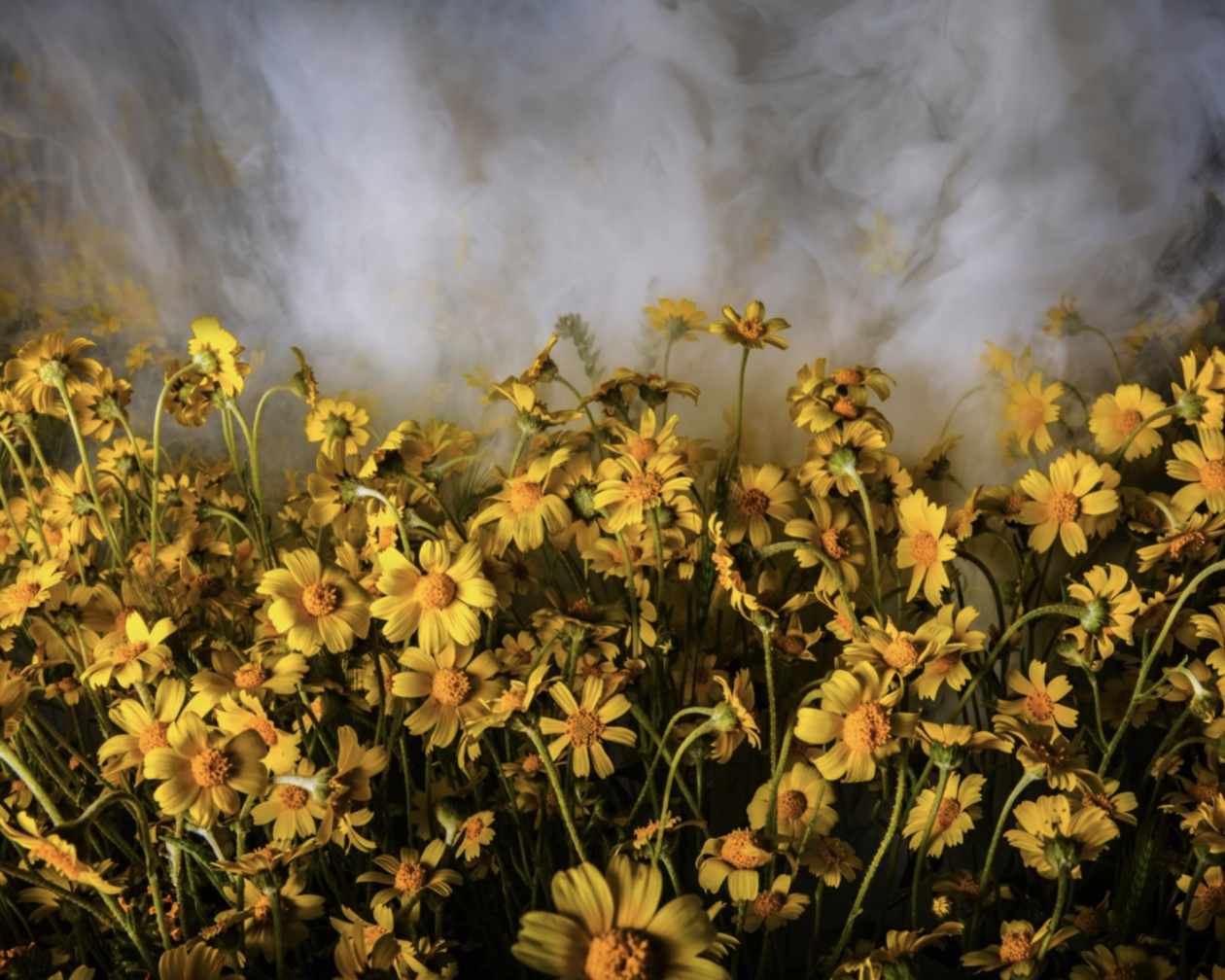 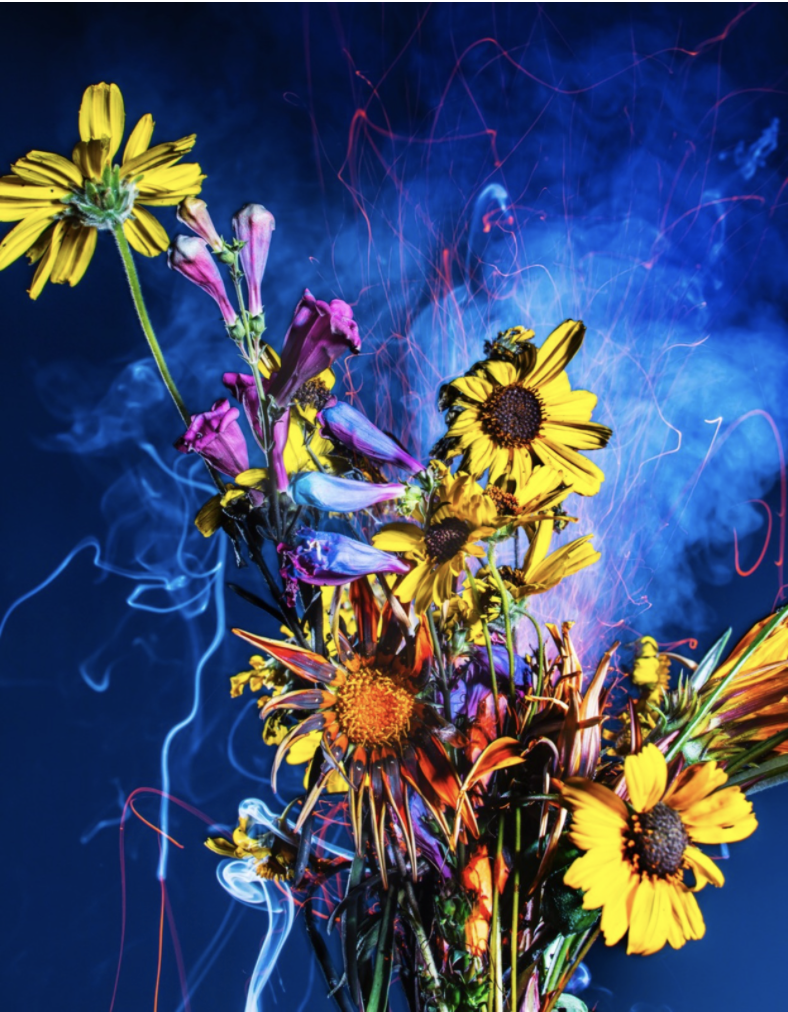 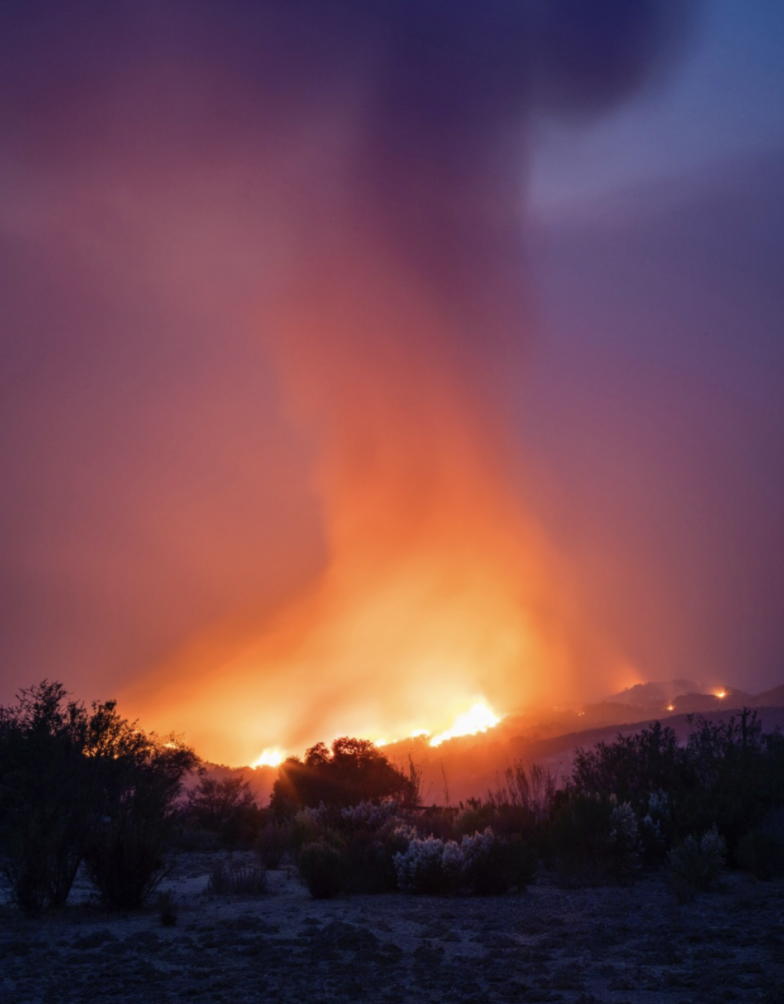 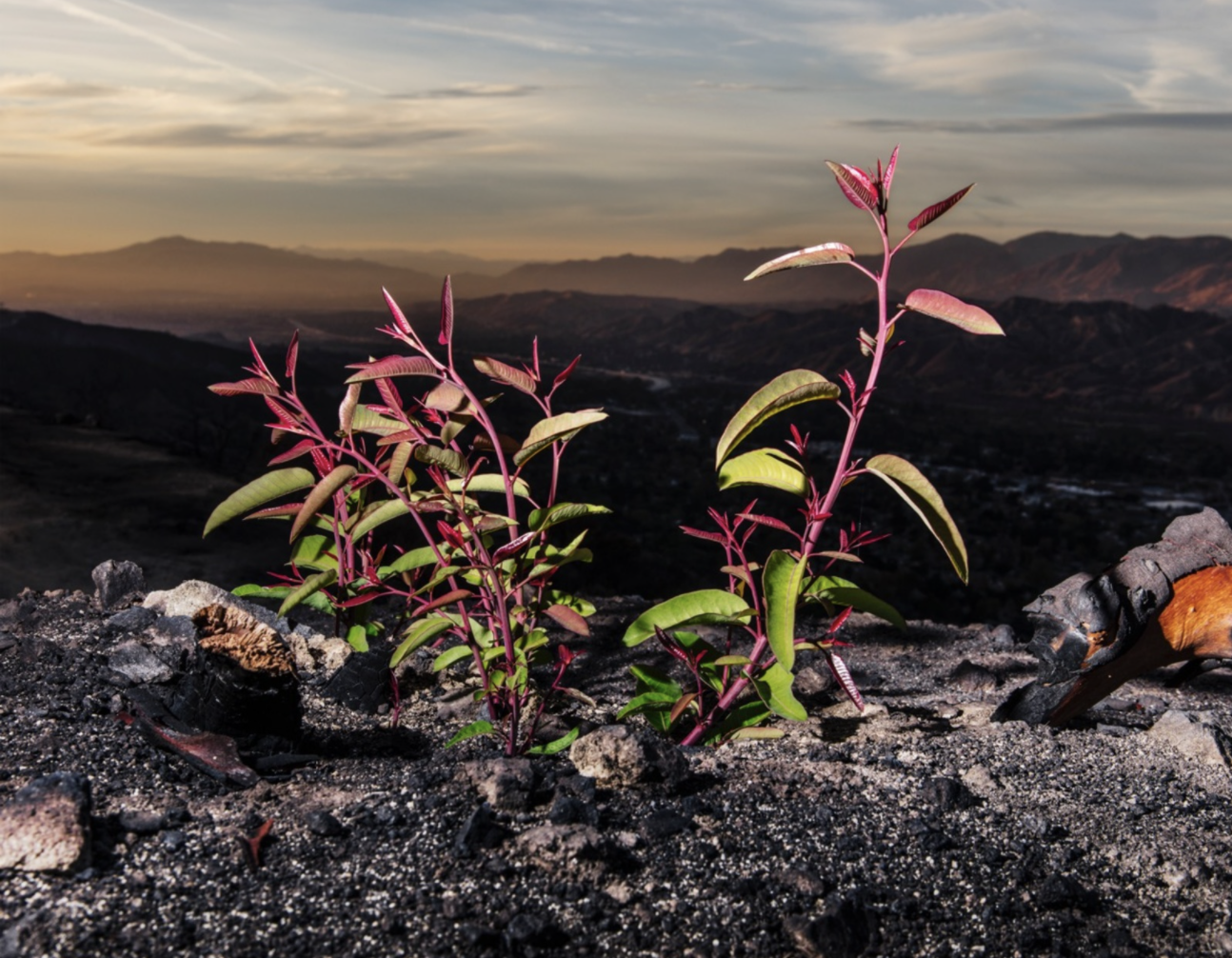 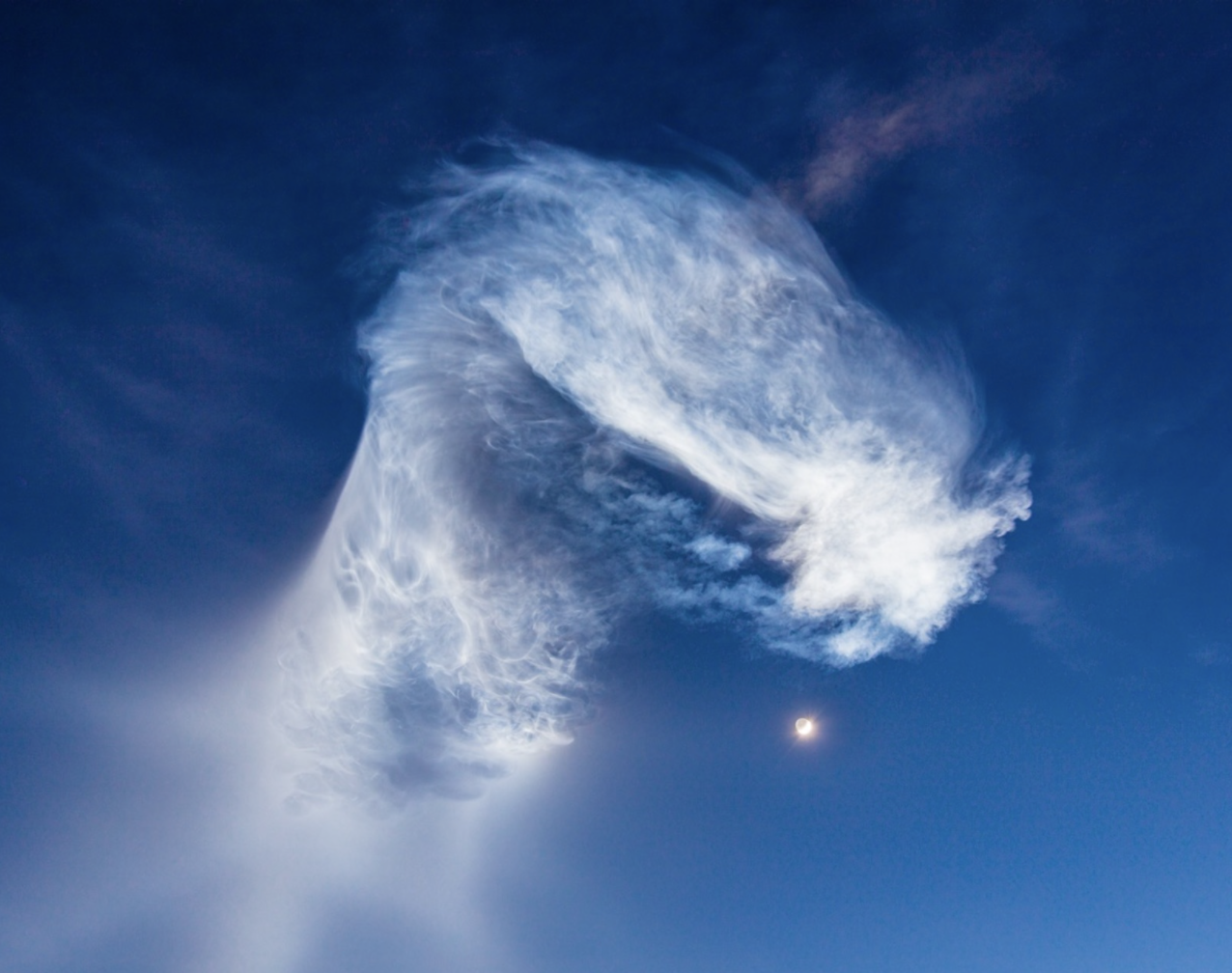 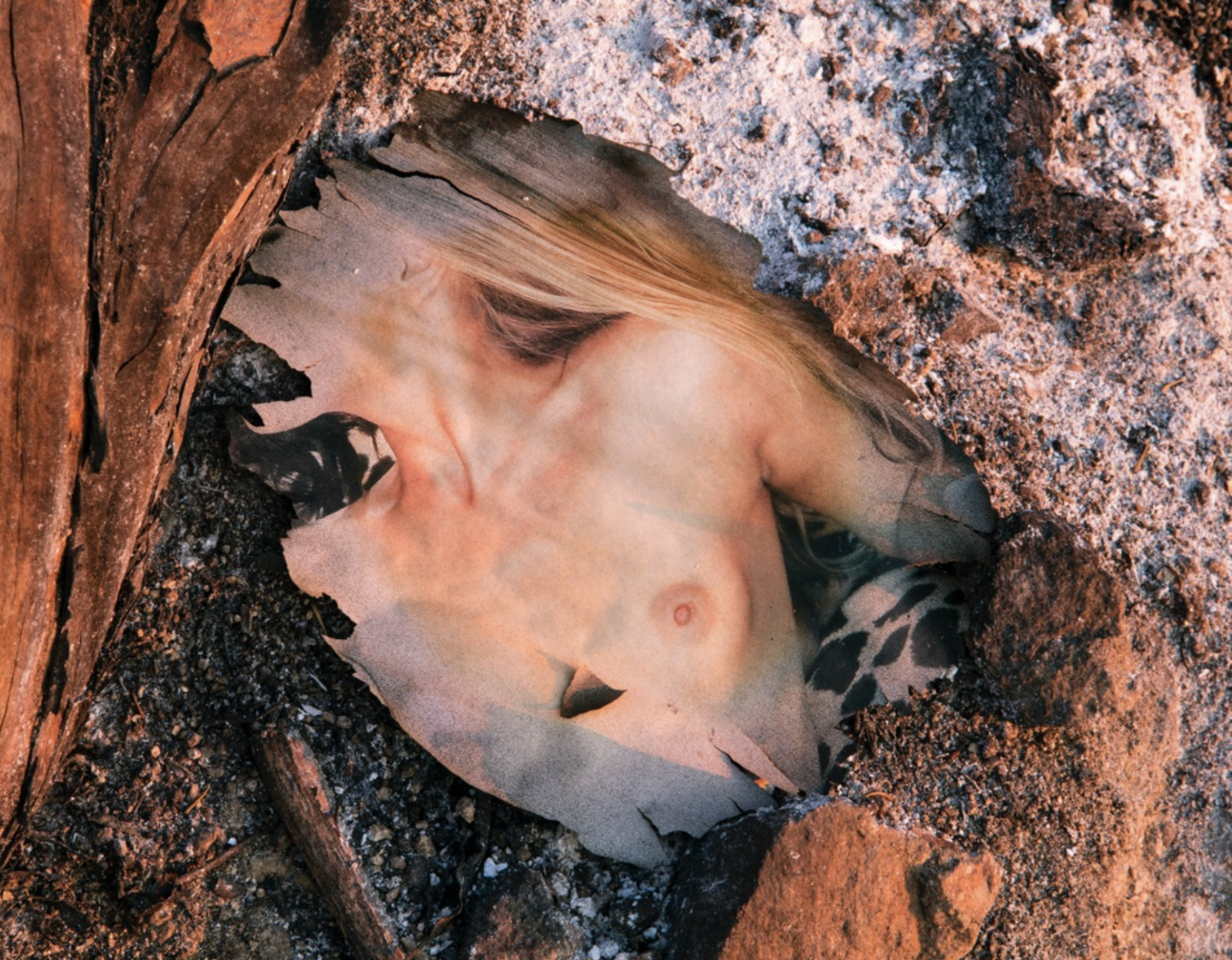 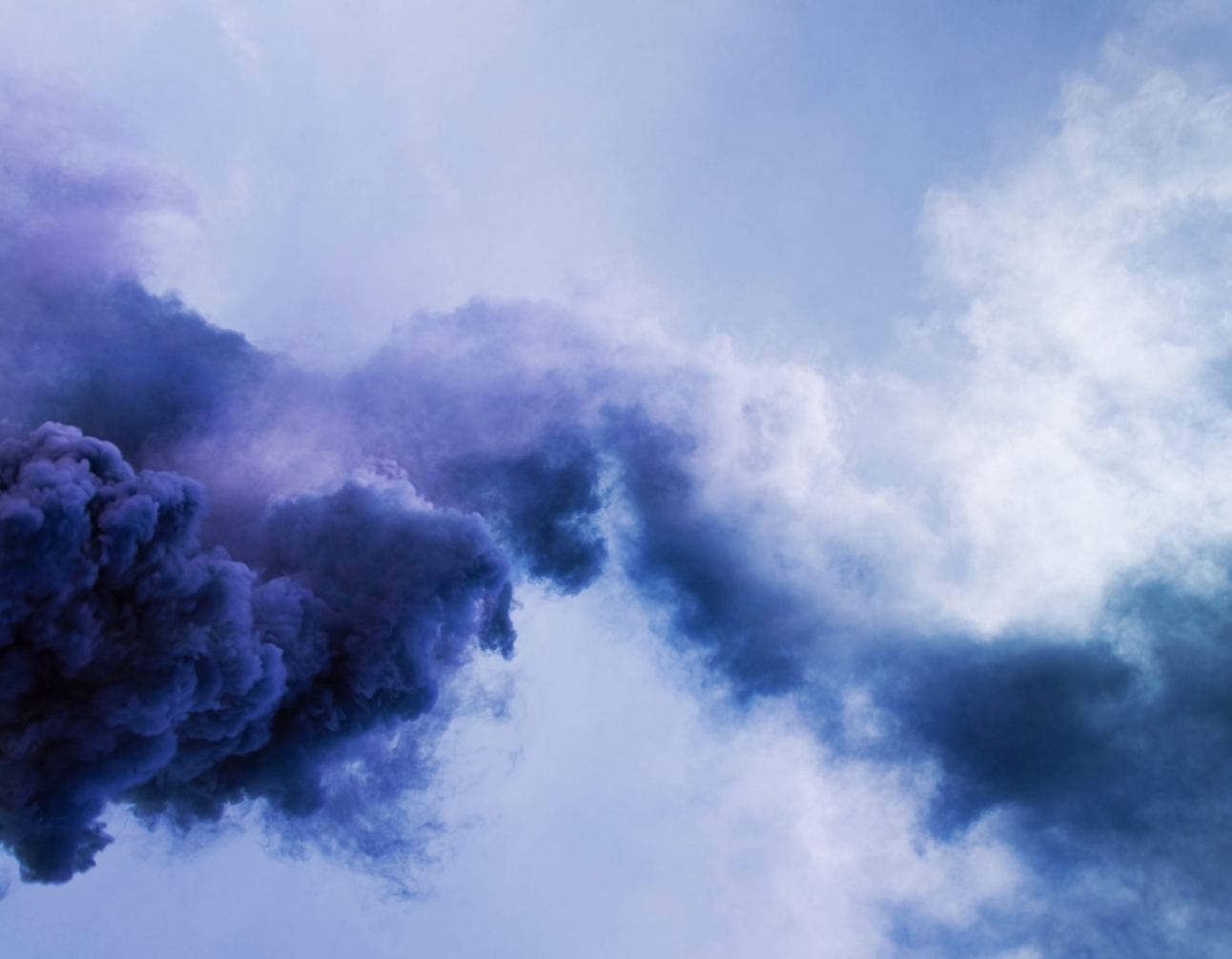 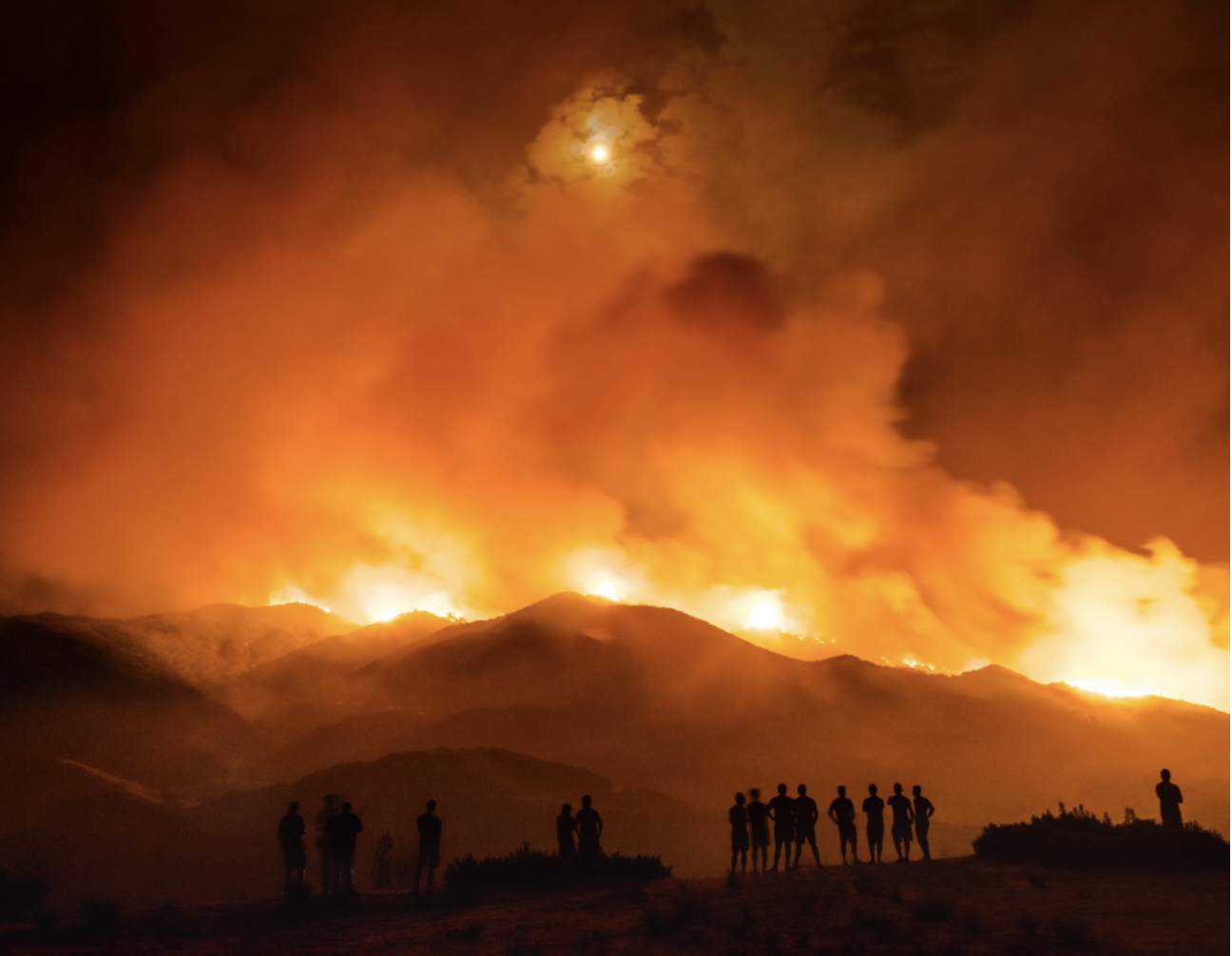 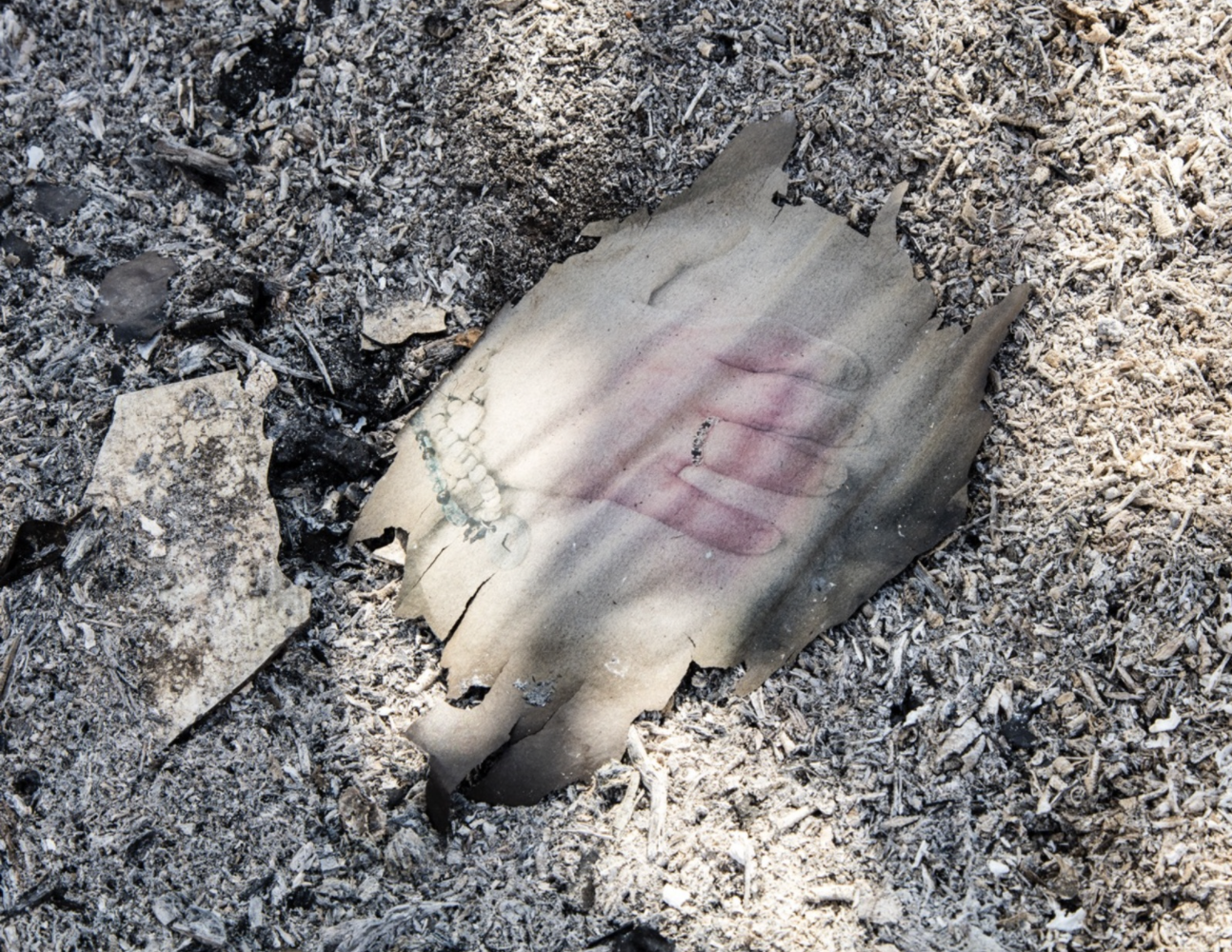 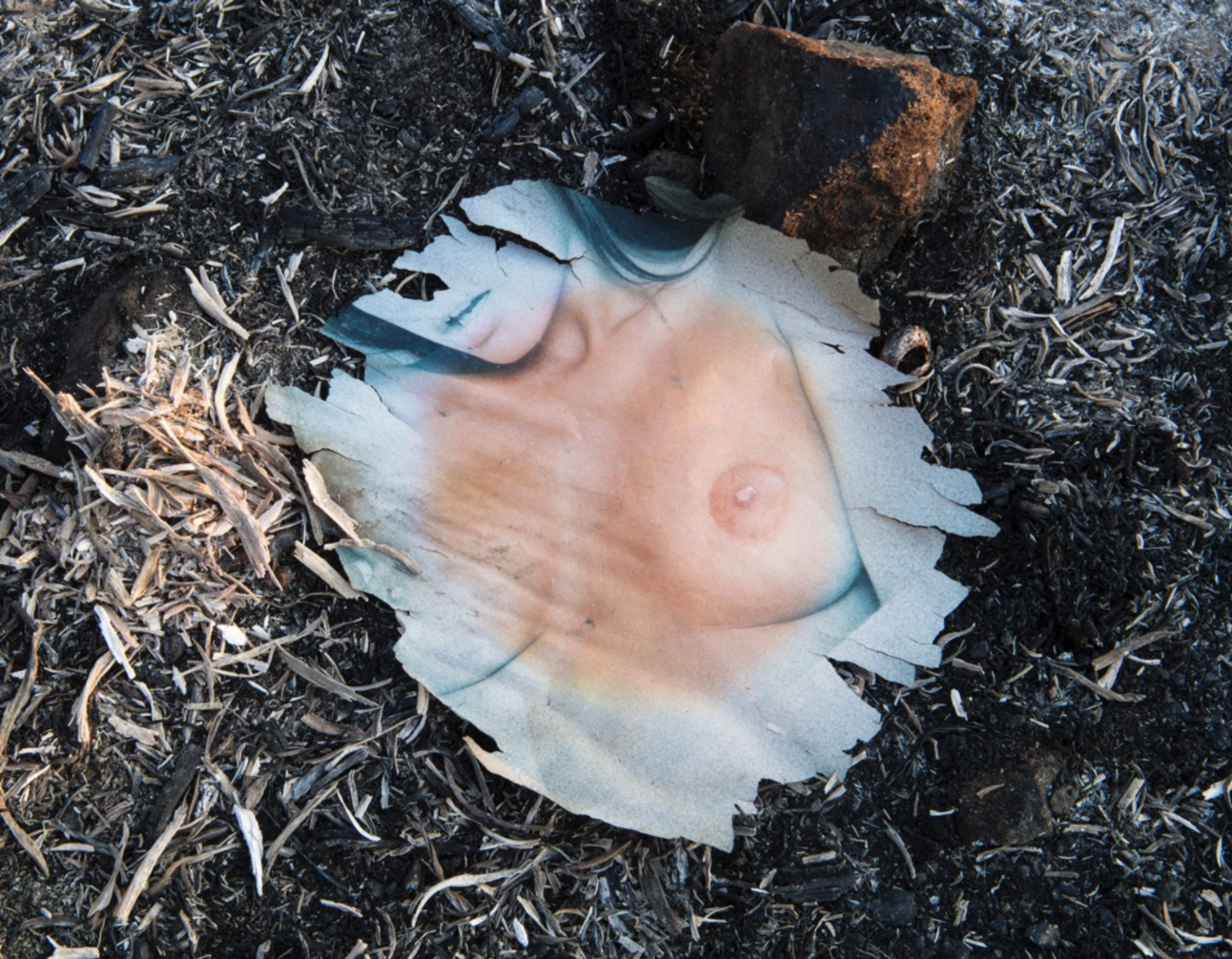 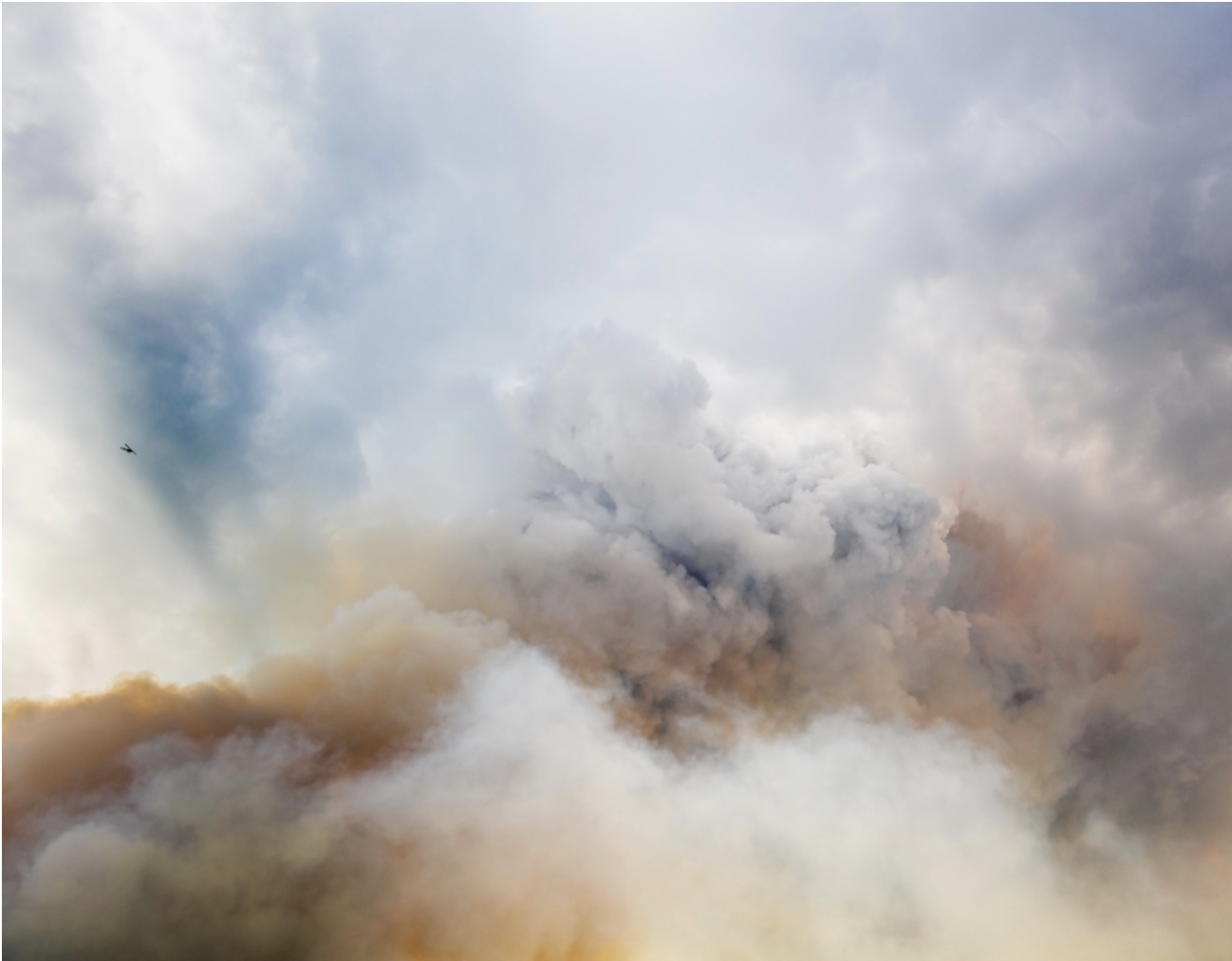 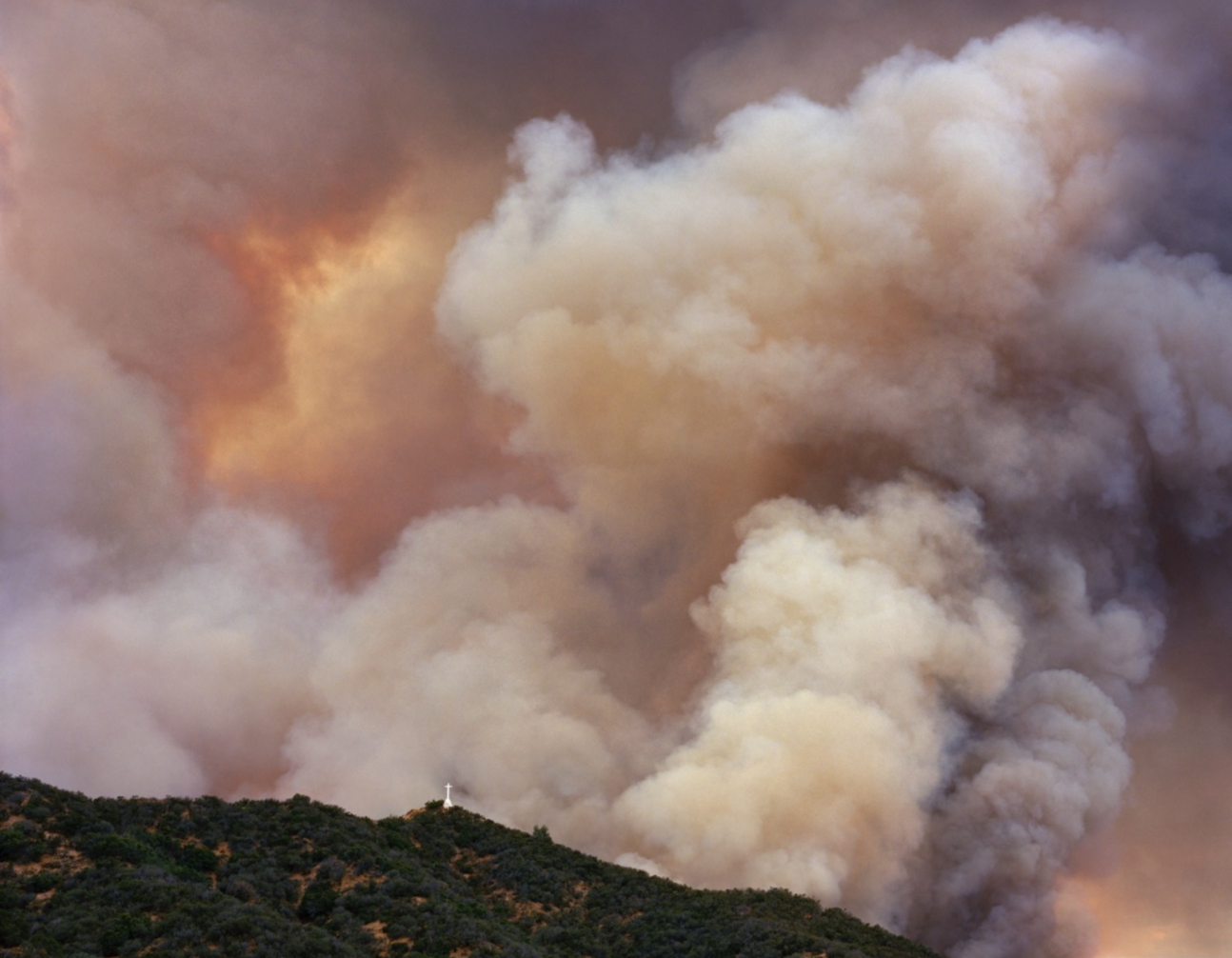 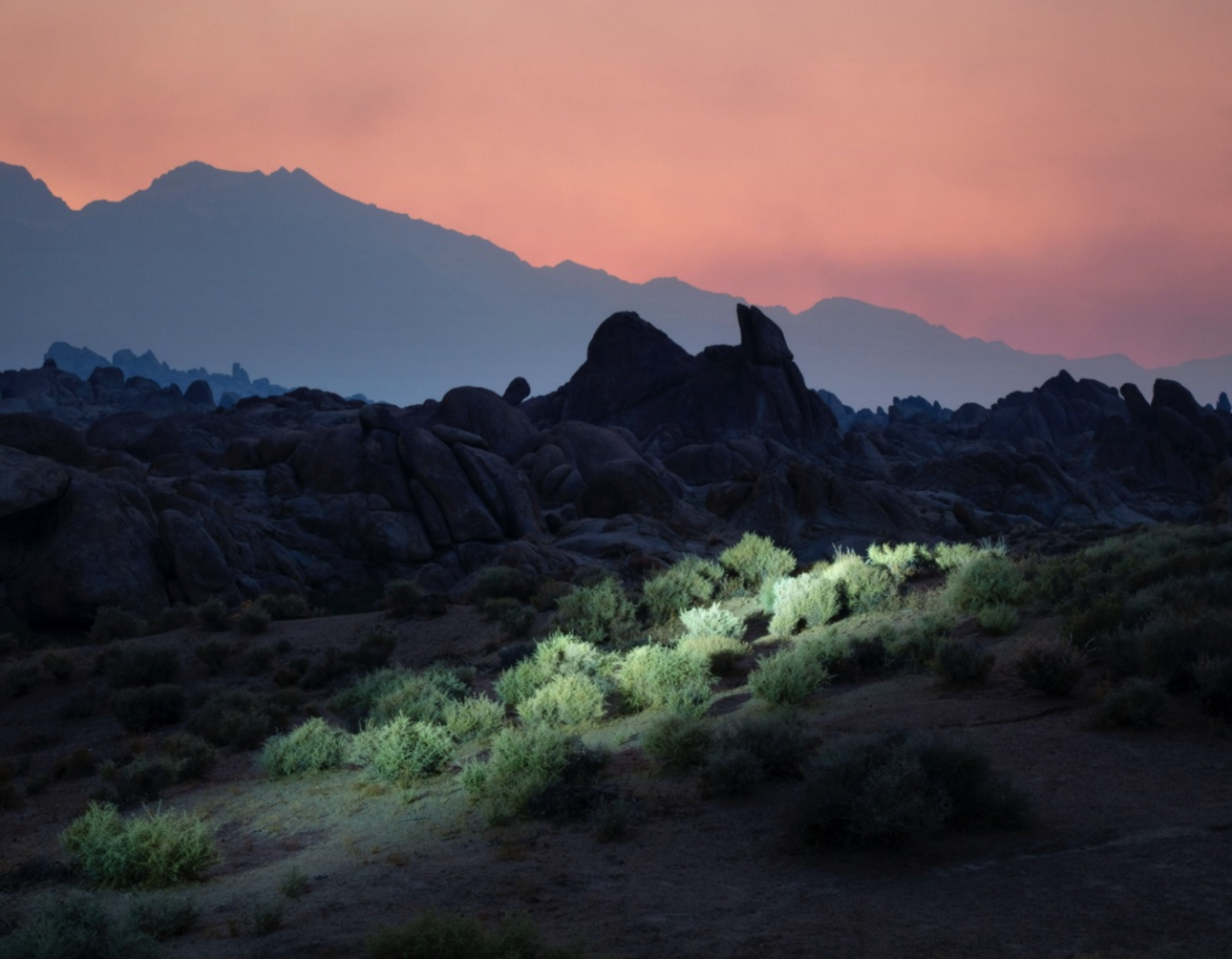 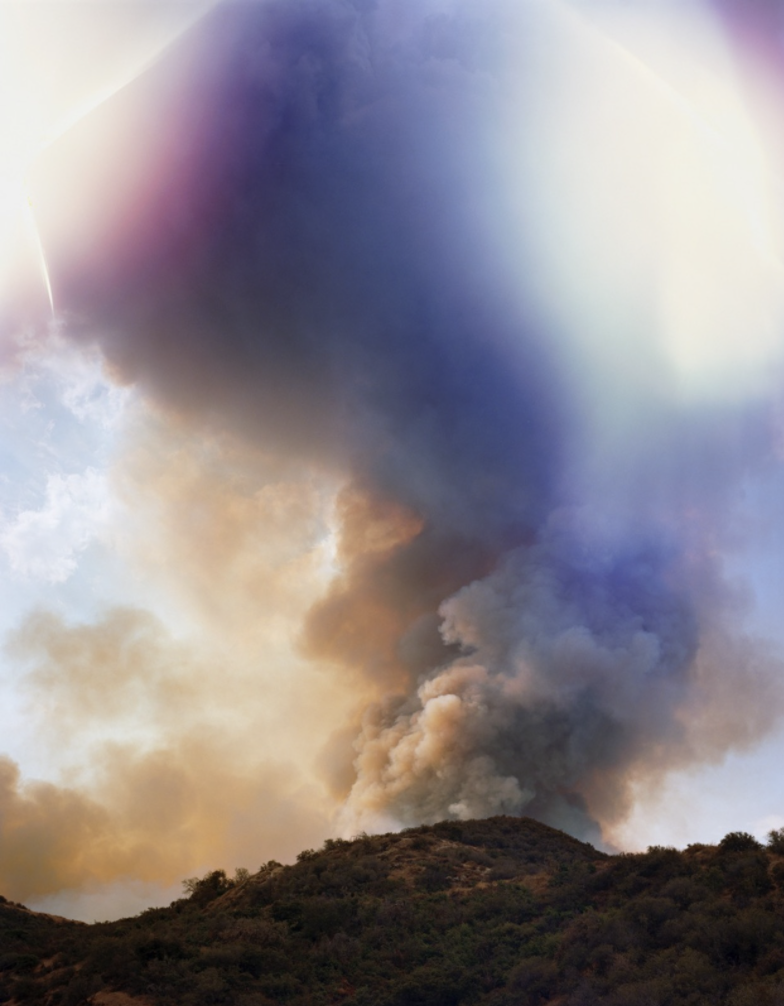 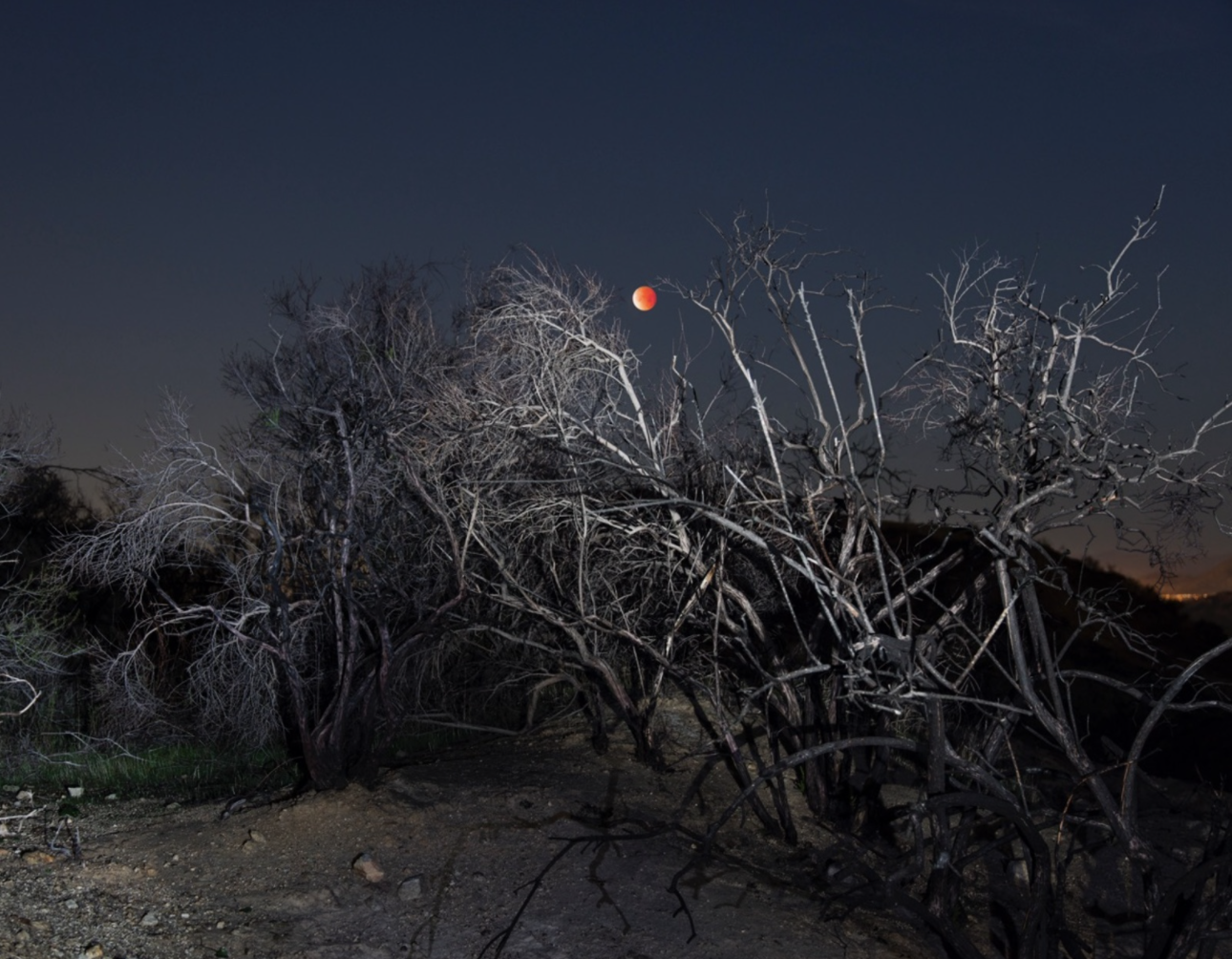 In his latest series Still Burning, American photographer Kevin Cooley responds to the recent La Tuna Canyon Fire, which started September 1, 2017 and went on to burn more than 7,000 acres, making it the largest wildfire in the city of Los Angeles in 50 years. Cooley writes that the fire nearly destroyed his house, his studio and his entire photographic archive. The photographs, which Cooley began before the fire, continued on his existing interest in the physical and symbolic properties of fire, and eventually became a conceptual illustration of his reaction to the 2016 presidential election.

Despite describing a state of devastation, the photographs are nearly optimistic in their aesthetic approach, both clean and romantic. This mirrors Cooley’s perspective that fire is an enabler in the rejuvenation and renewal of nature. He also includes images of a half-burnt cache of pornography magazines, found in the burn zone directly behind his house, which he said served as a reminder to him that “life always endures, adapts, and continues.”

Still Burning will be on display in Los Angeles at Kopekin Gallery, and in addition to the photographs, comprises video and a Twitter-based project, which collectively refer to political smokescreens, environmental degradation, and the regeneration that follows any tragedy.

See Kevin Cooley’s work on display at Kopeikin Gallery in a solo exhibition from February 2 – March 31, 2018.