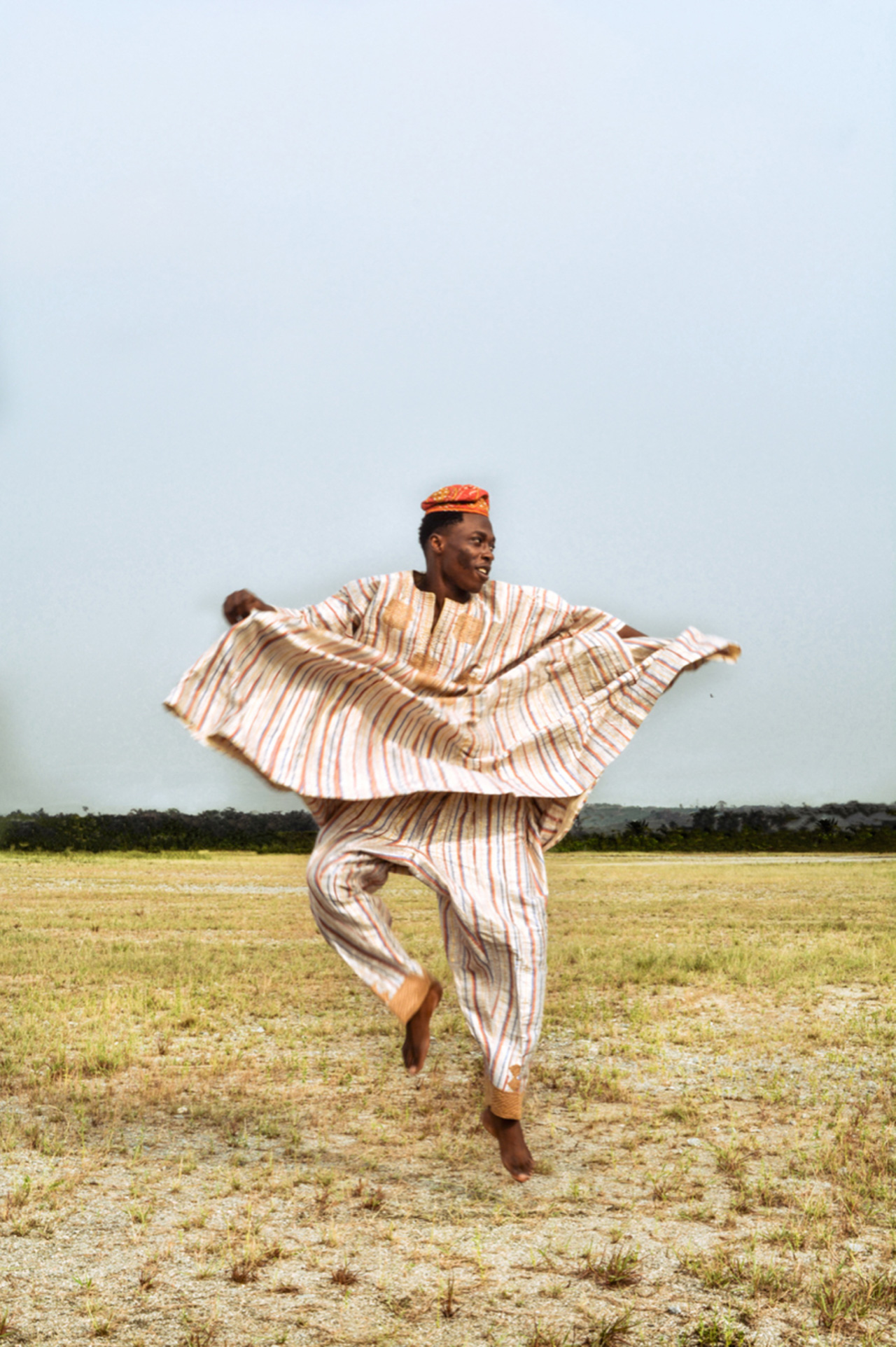 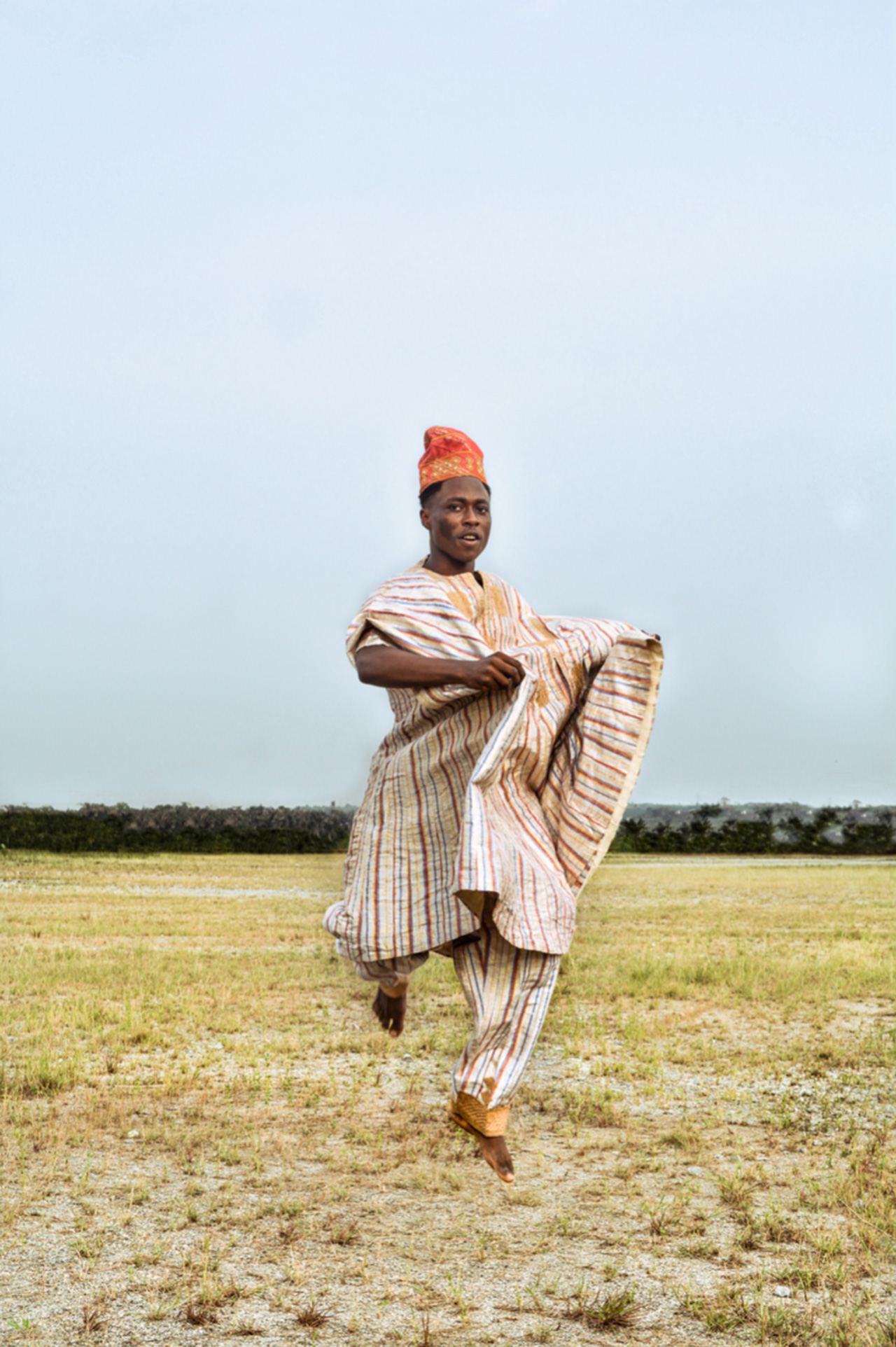 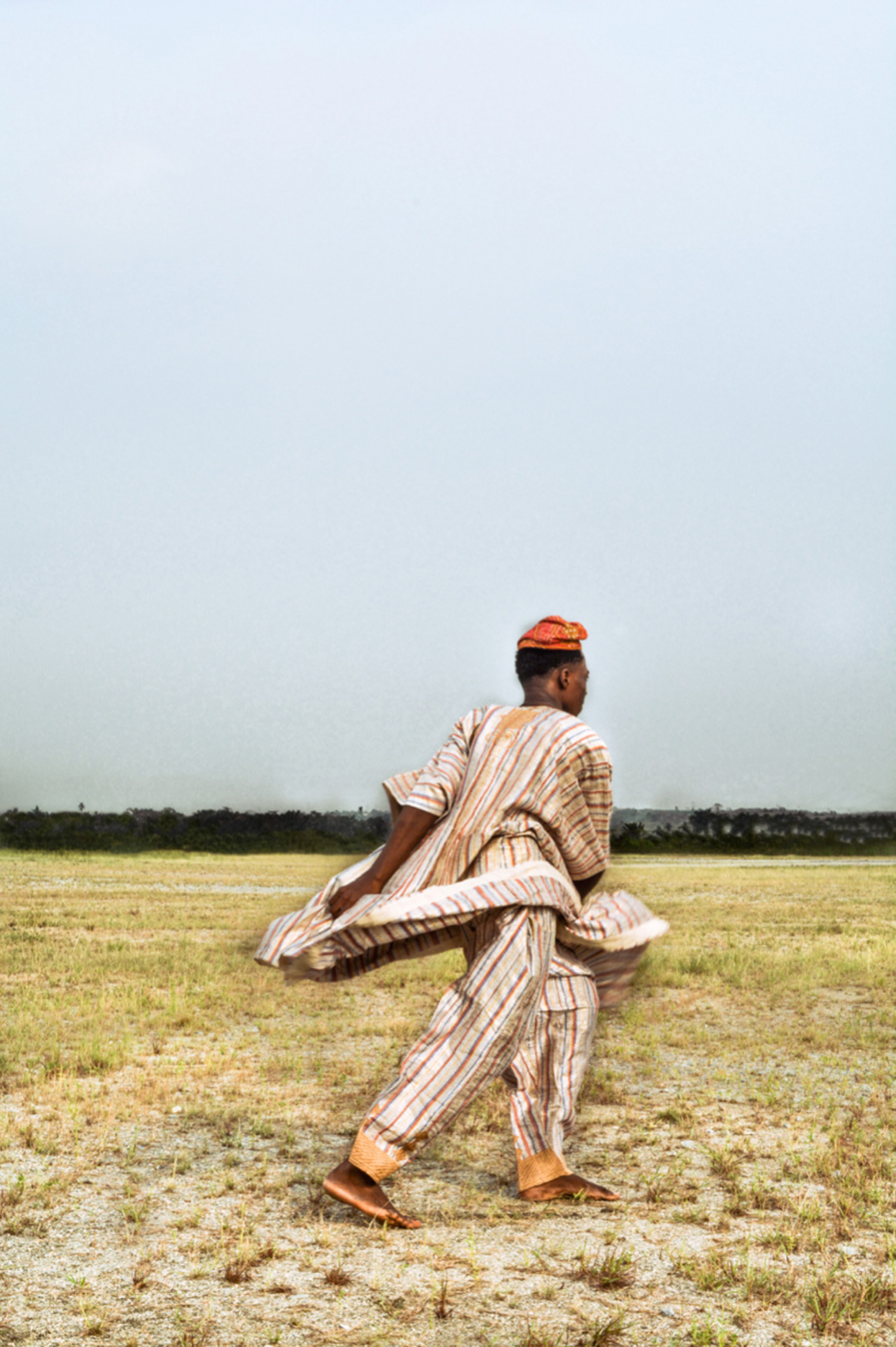 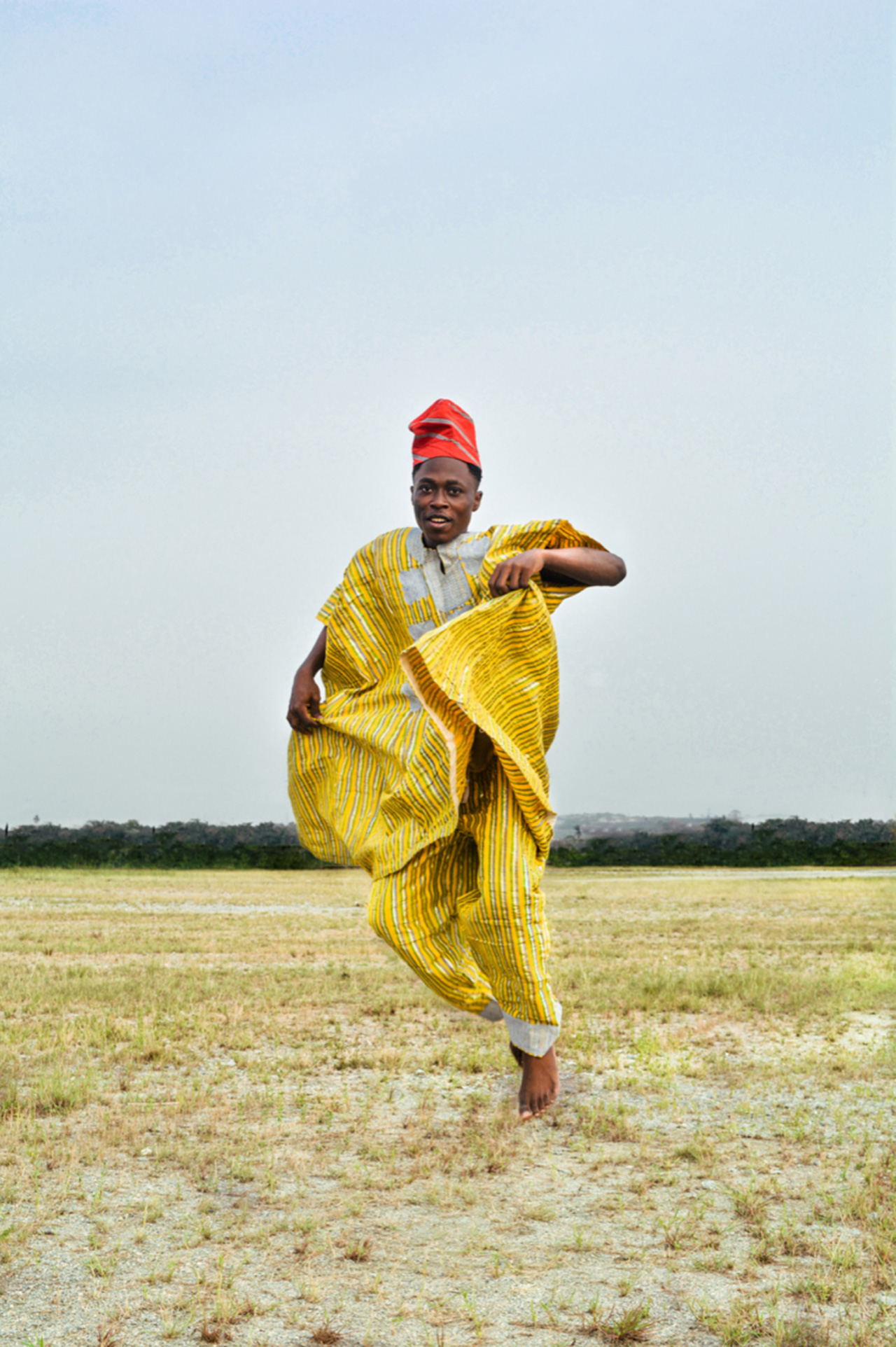 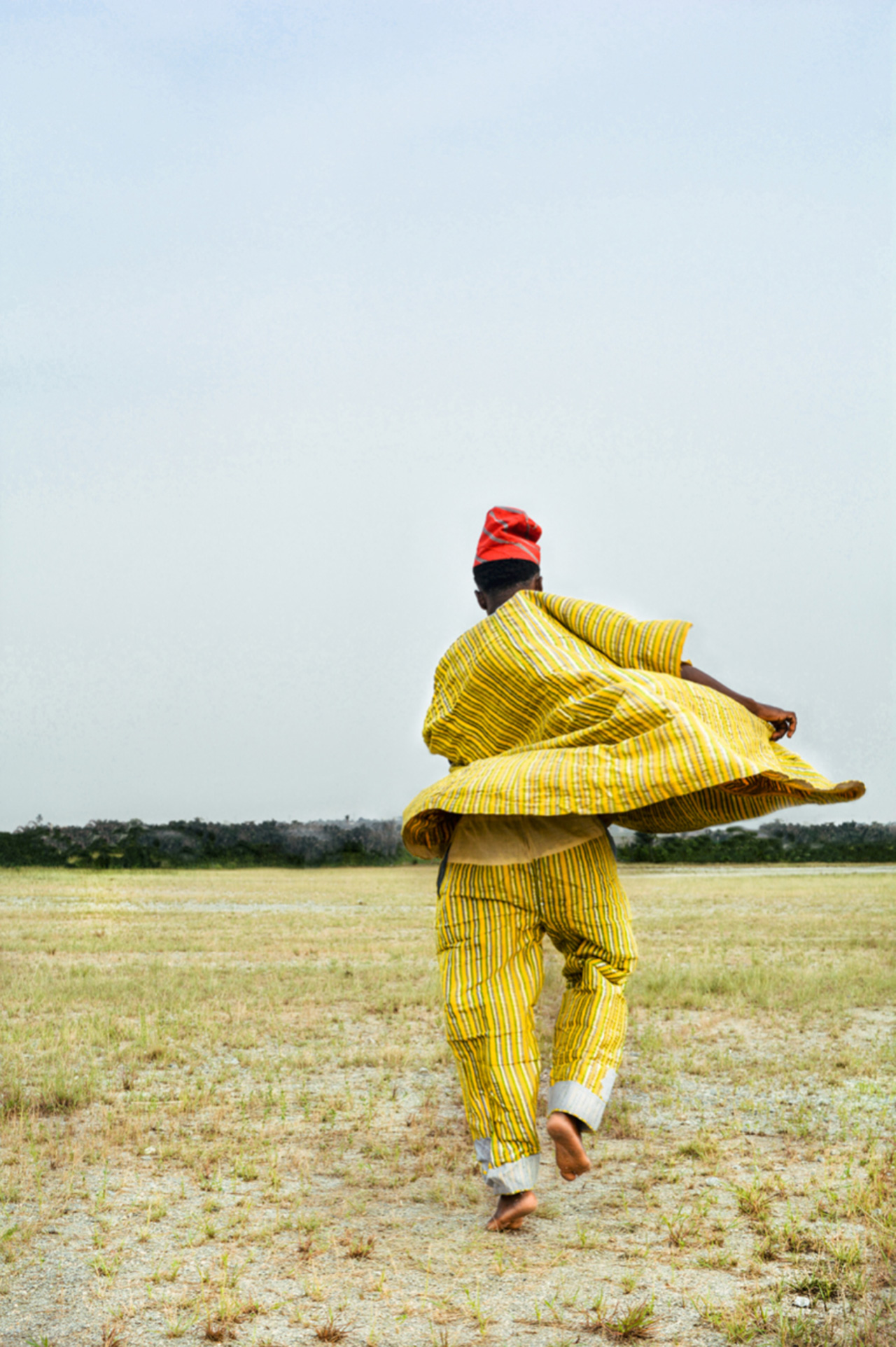 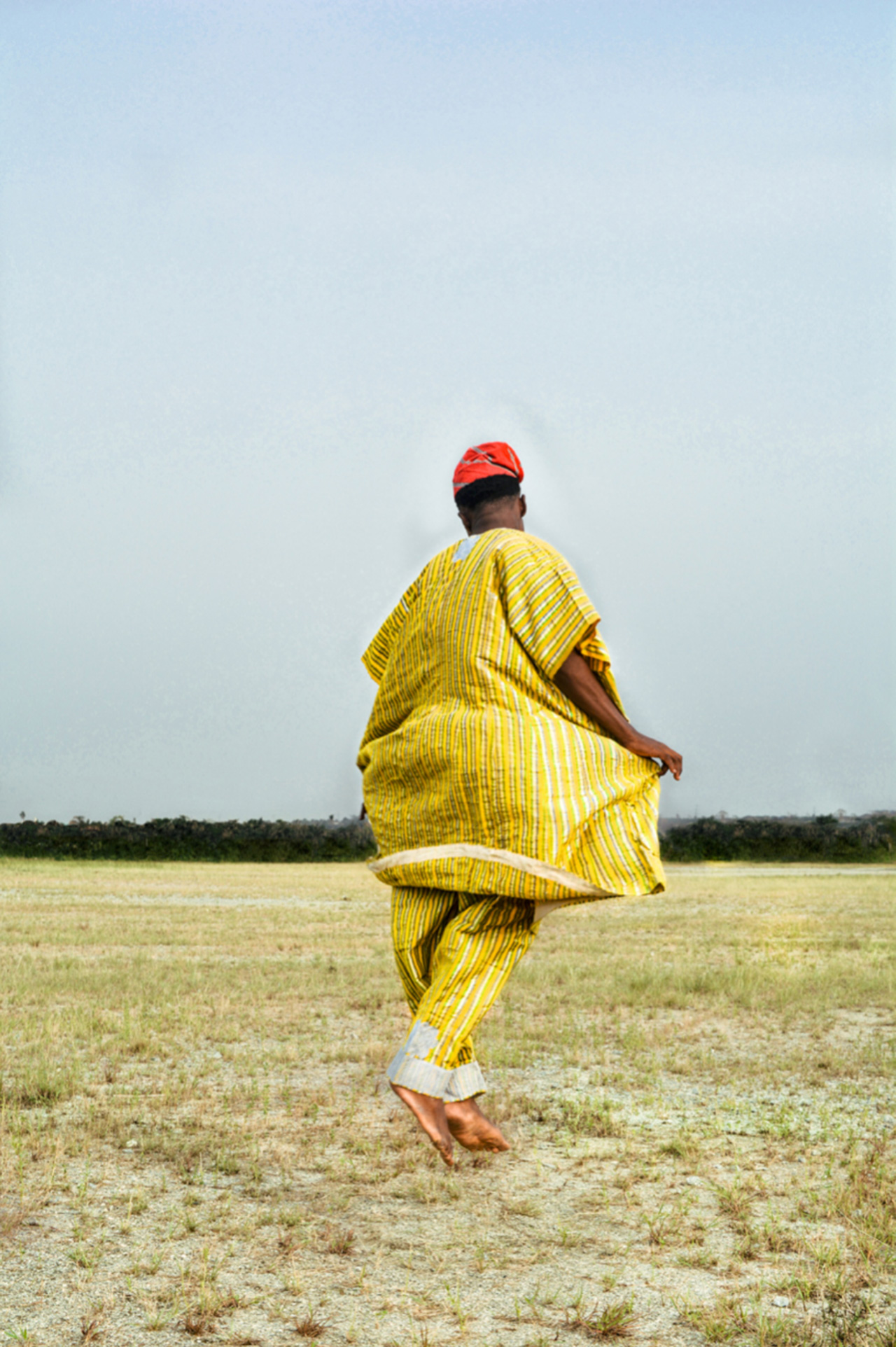 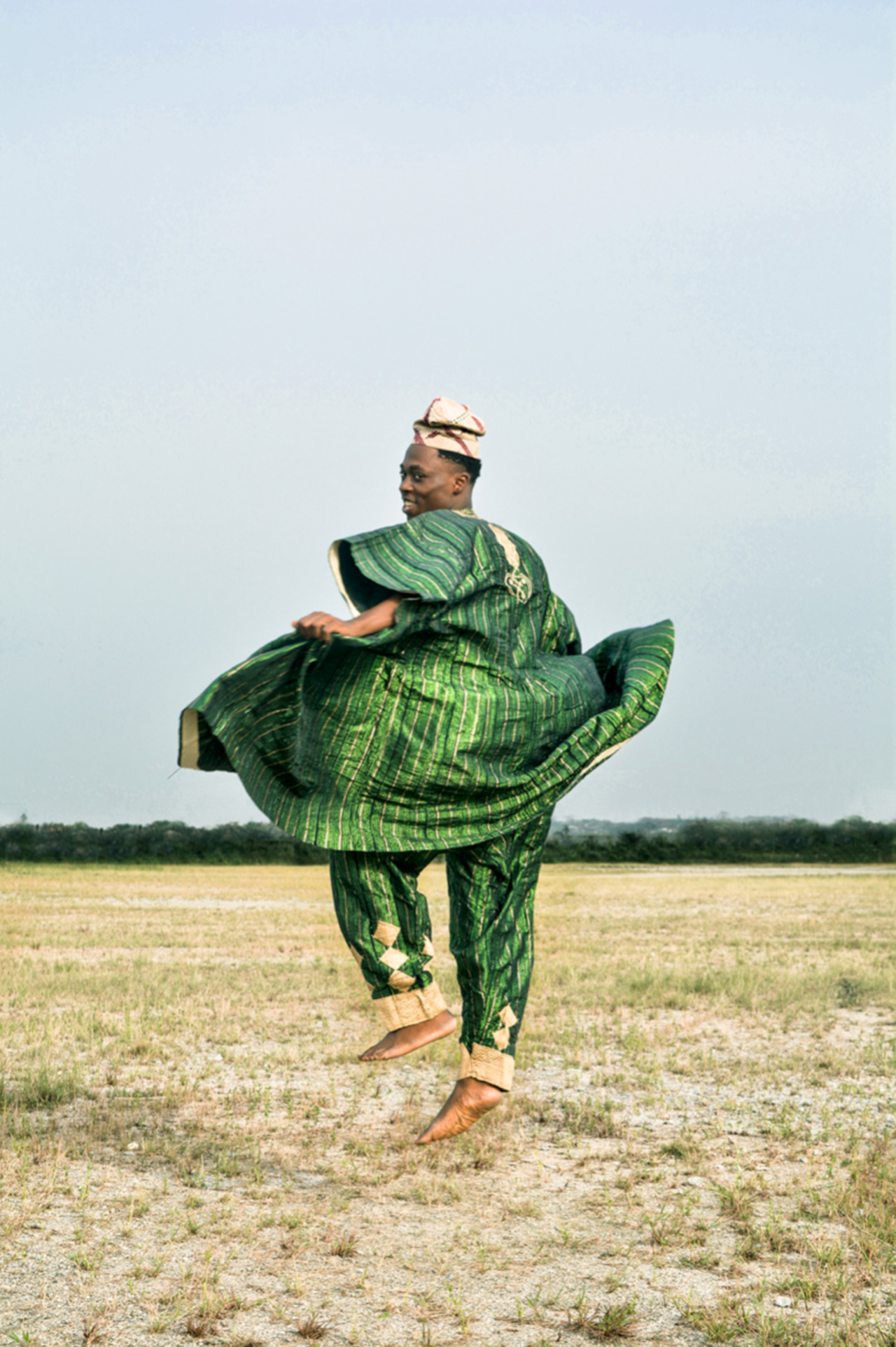 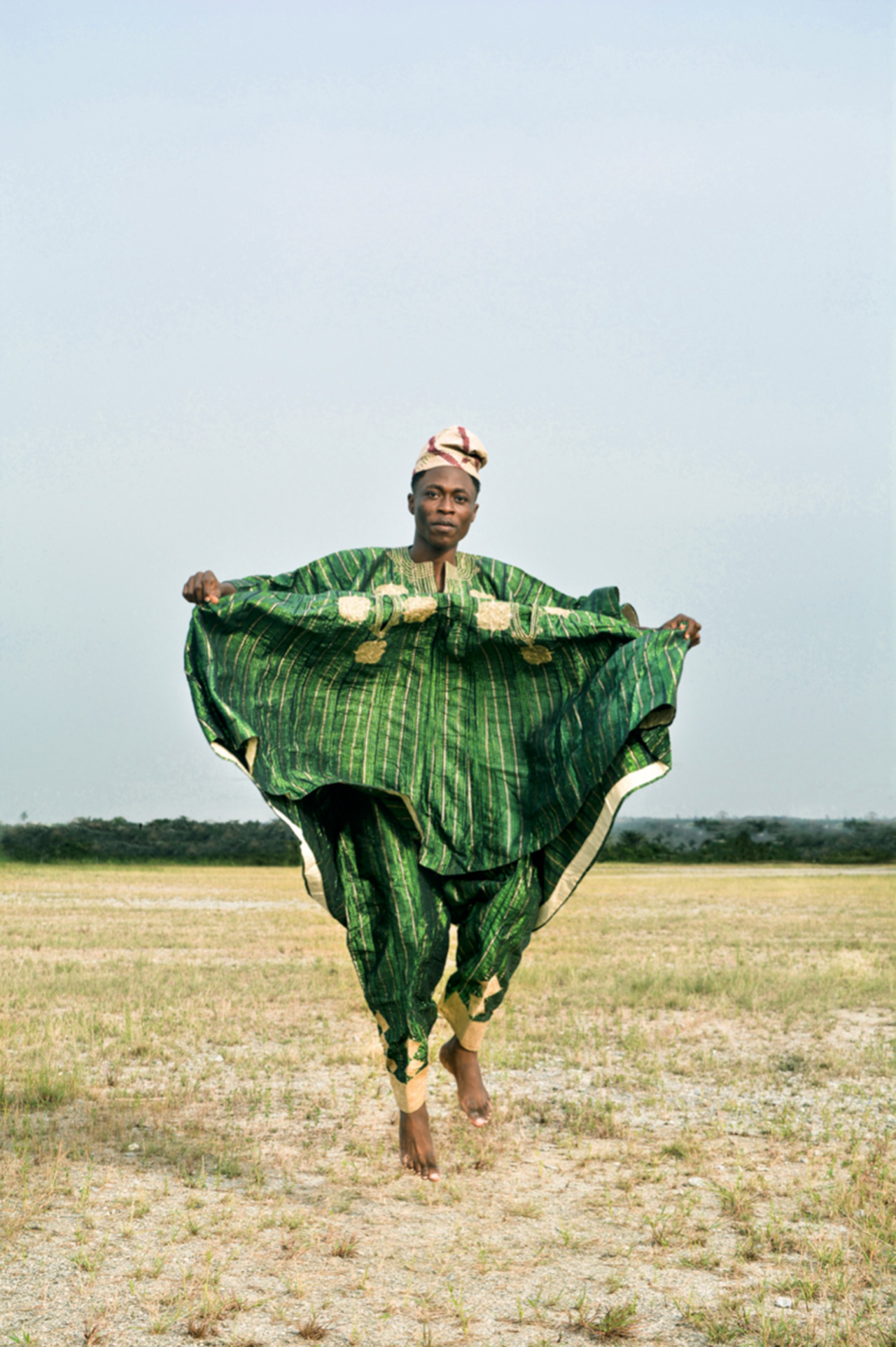 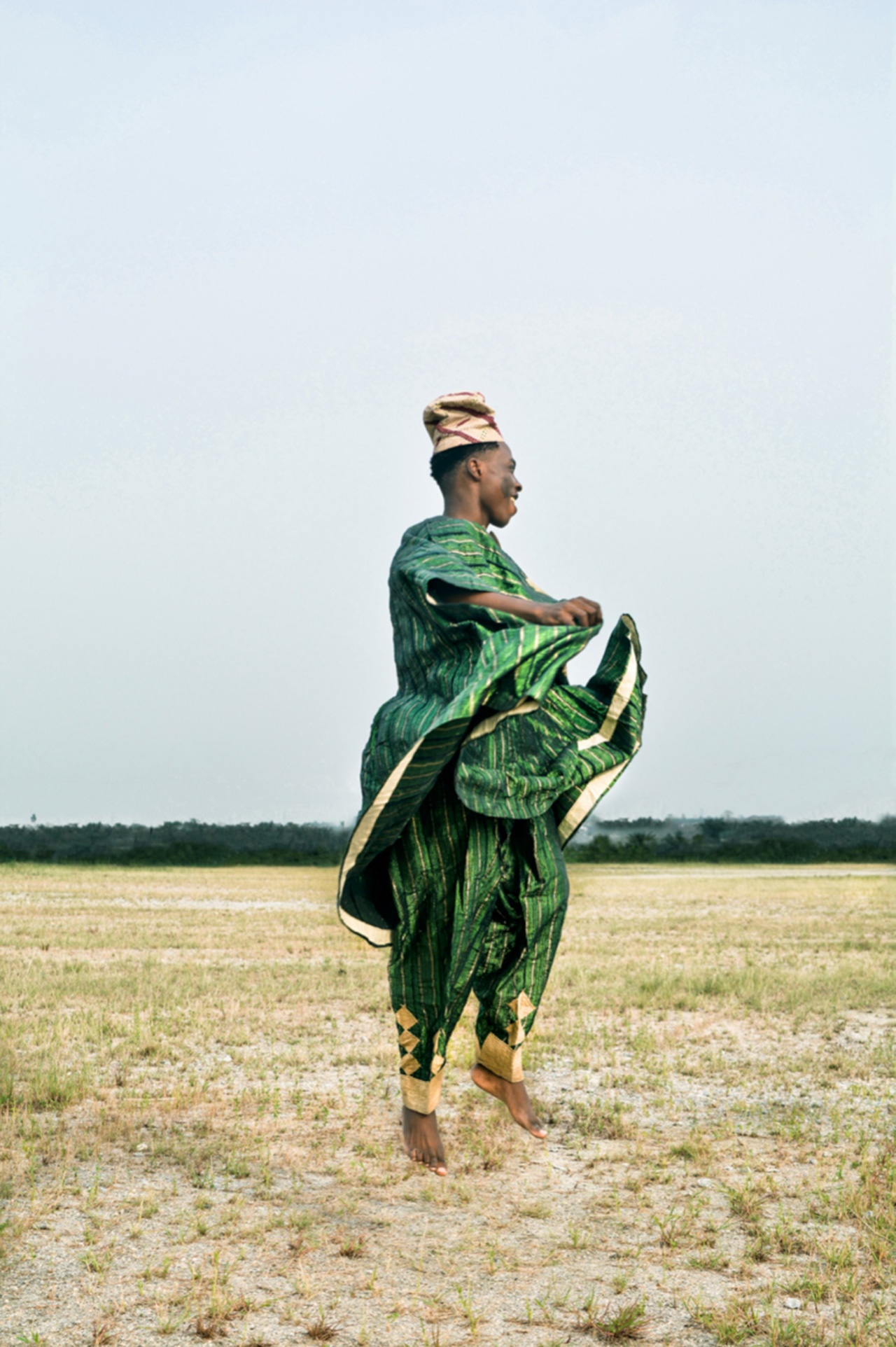 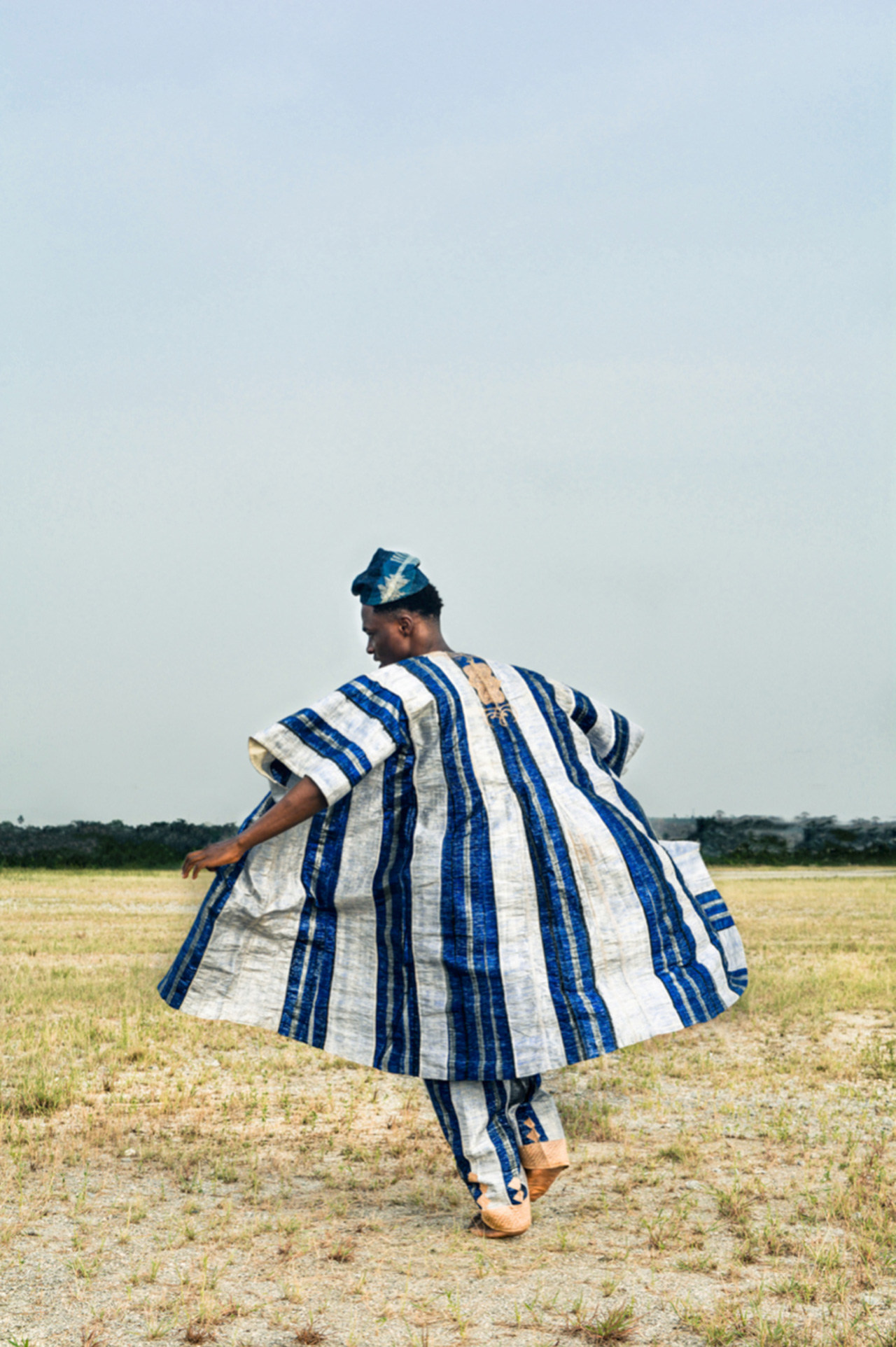 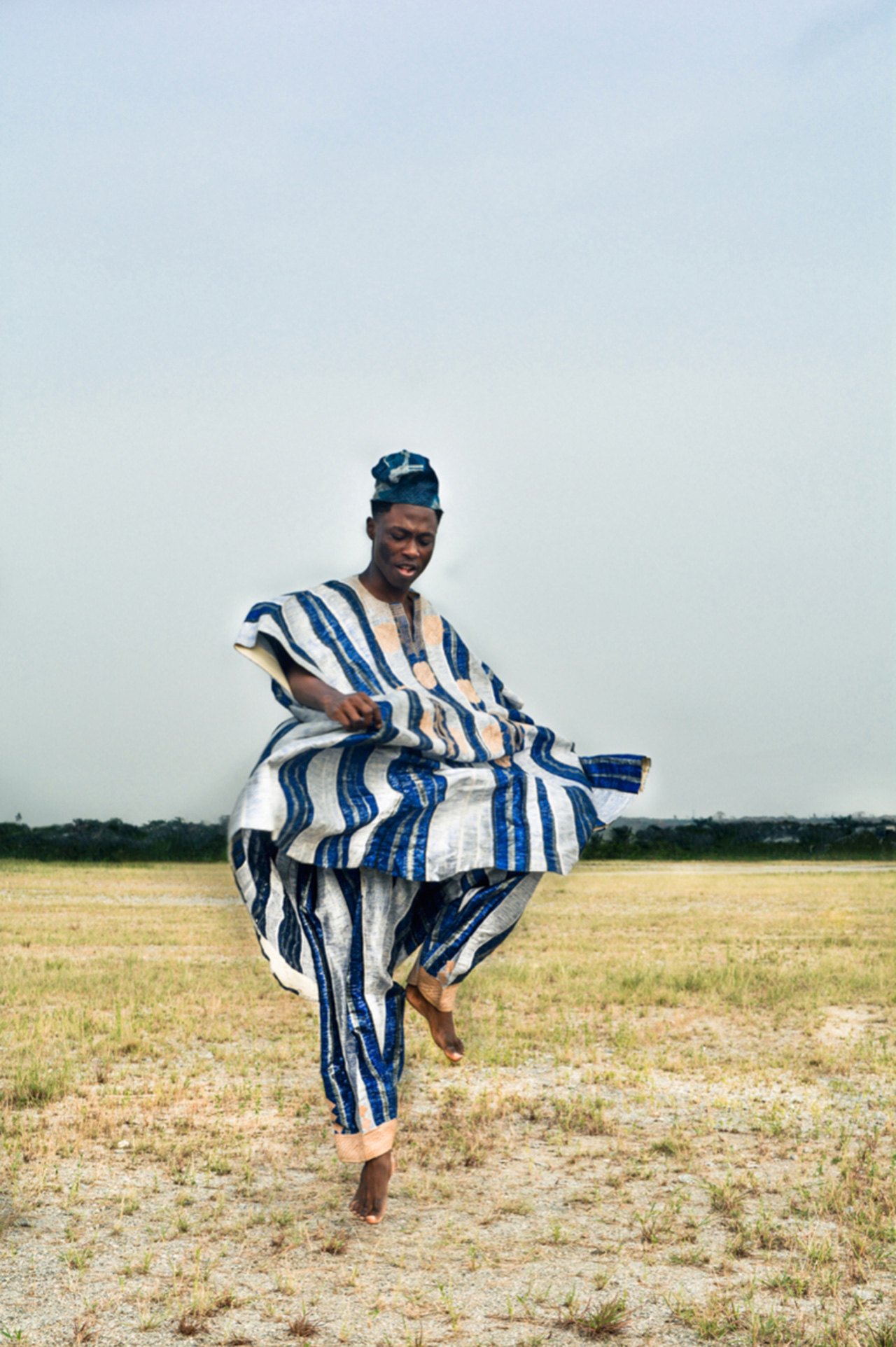 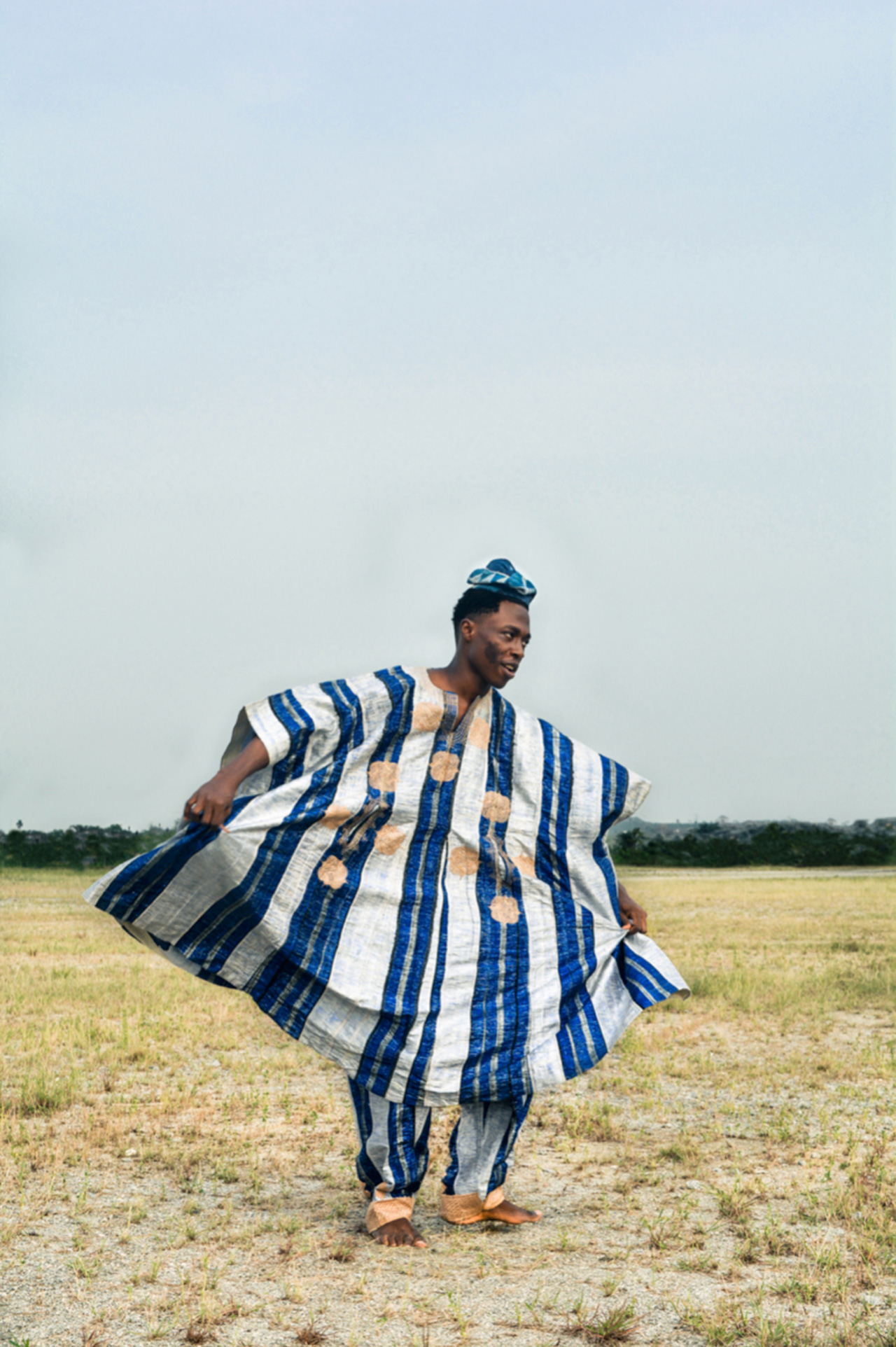 In his series “Losing” Amos, 19 year old Nigerian photographer Adeolu Osibodu pays homage to his recently deceased grandfather in a series of self-portraits, in which he poses in his grandfather’s attire amidst the landscape.

The series is comprised of three shots each of four outfits, creating a grid of contemplation through repetition. Osibodu uses the series to question the role of his grandfather in his own life, and how his idea of the man had changed since his death. Osibodu describes some of the questions asked by his conscience: “Why couldn’t I define him as more than the man who was never not glad? Was that all there was or did I just completely miss the point of having people before me? Was there a chance we could have been a lot closer and then maybe I’ll have inherited his hunting rifle?”

We see evidence of Osibodu coming to terms with the loss – while the fact that he places “losing” in quotes in the project’s title hints towards the realization that he has perhaps not lost the man at all – as seen in his enlightening facial expressions in which he dances in his grandfather’s colourful attire. All of the images were taken in a day, edited and post-processed over a week, and with each photo named after specific sentimental dates in his grandfather’s life. “Losing” Amos acts as a projection of self-evaluation and after viewing the portraits, Osibodu seems to have answered these unsettling thoughts.