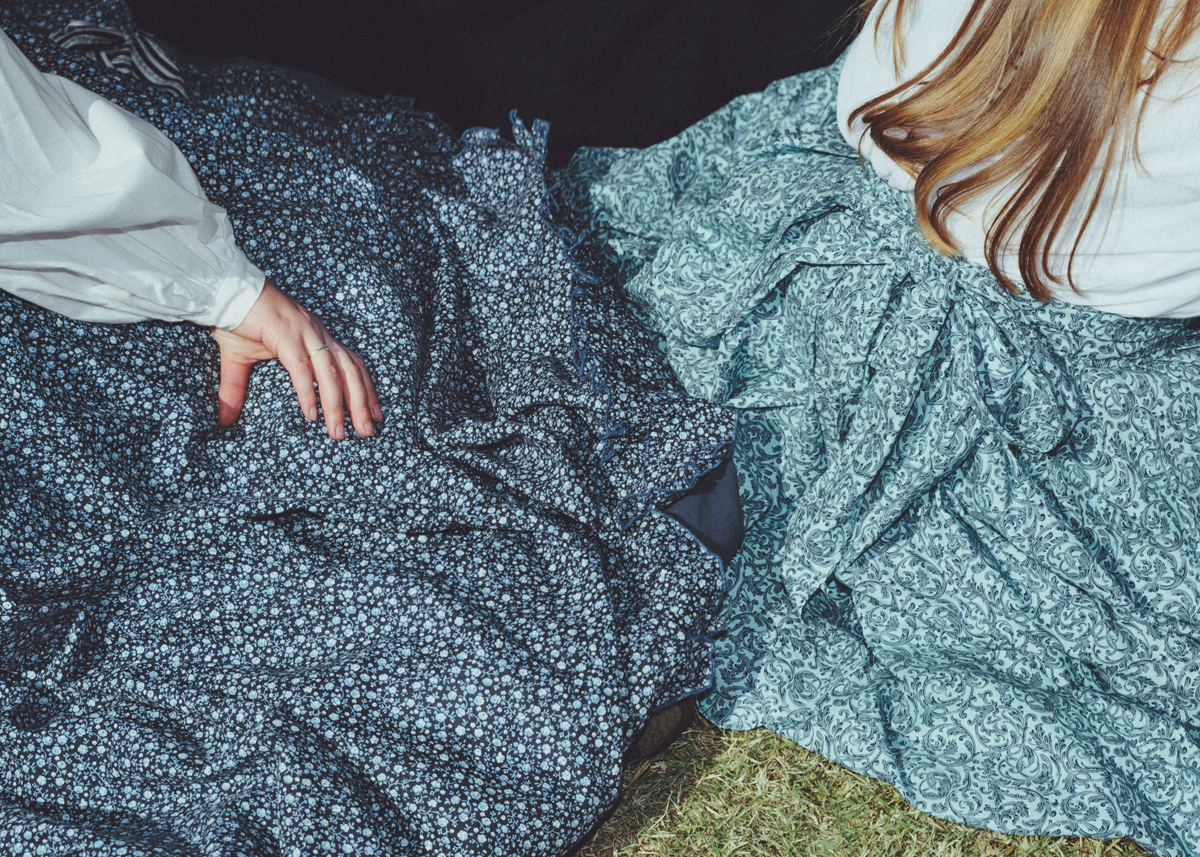 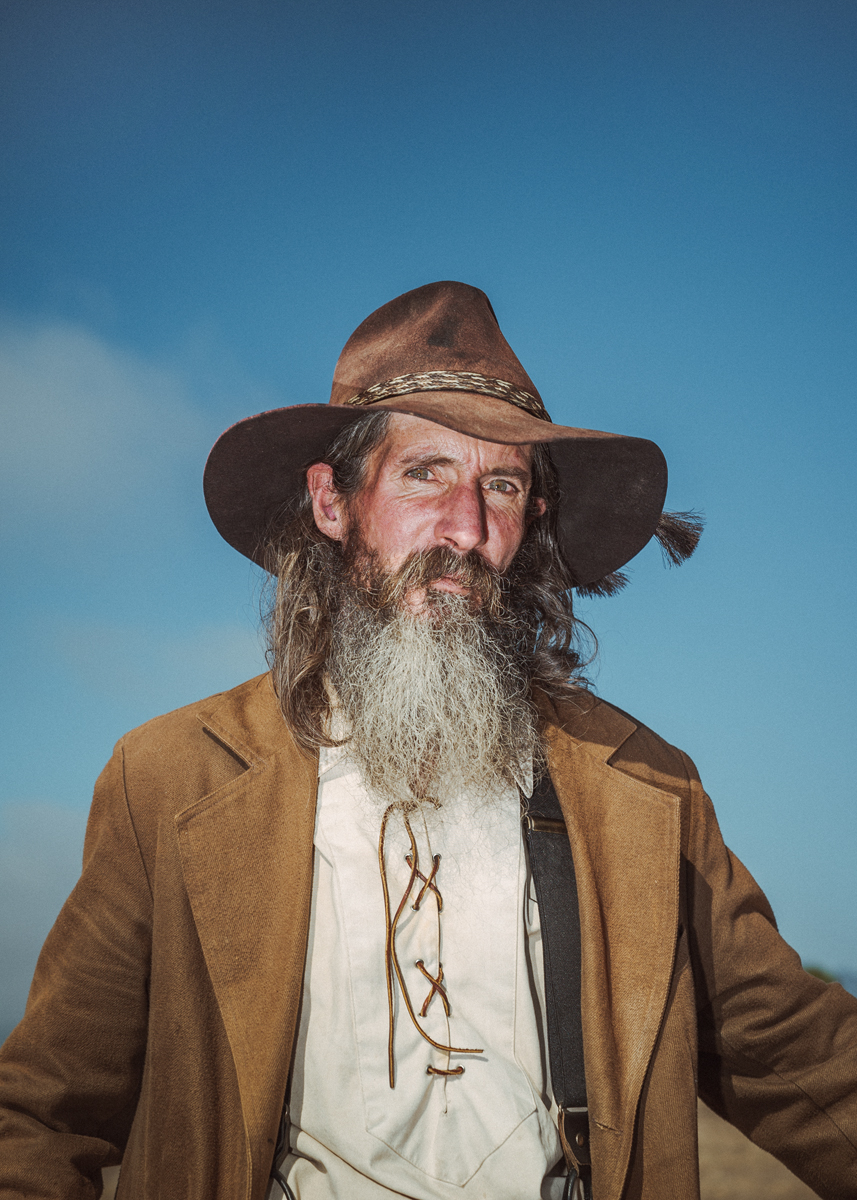 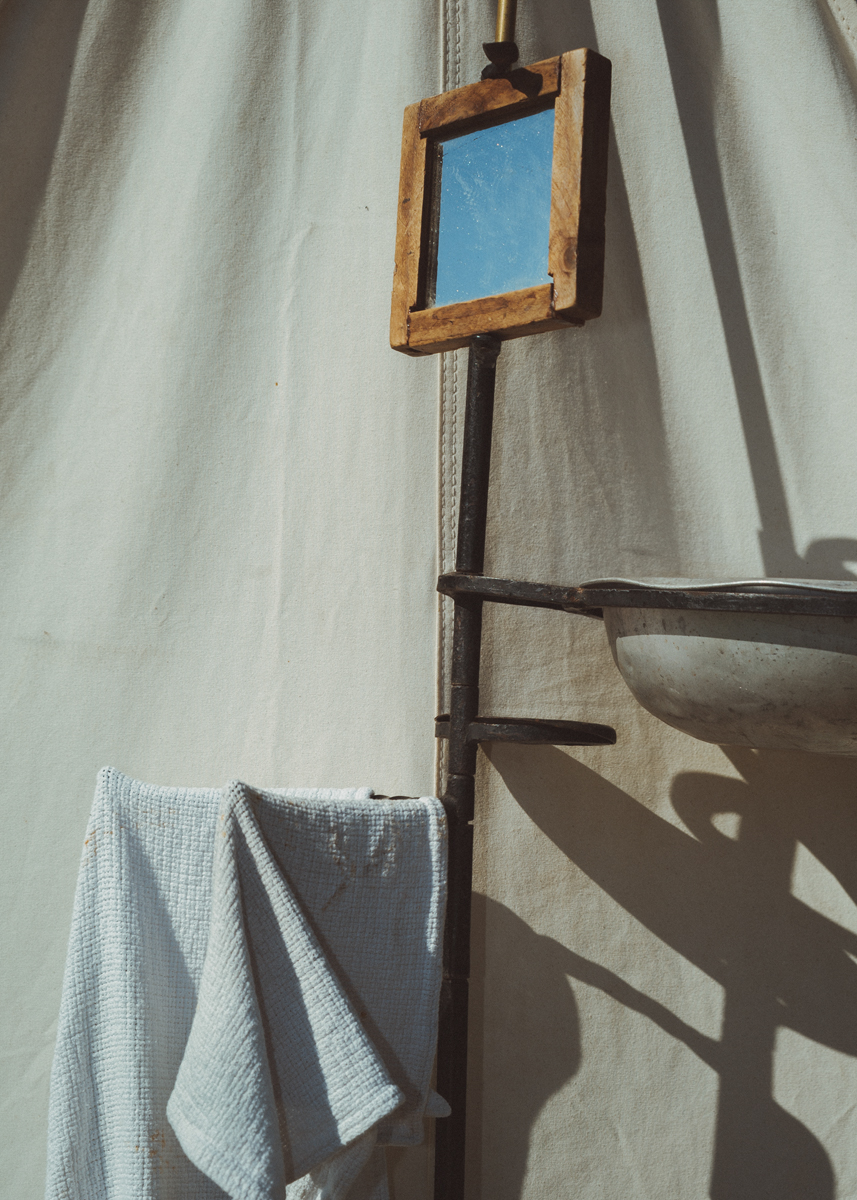 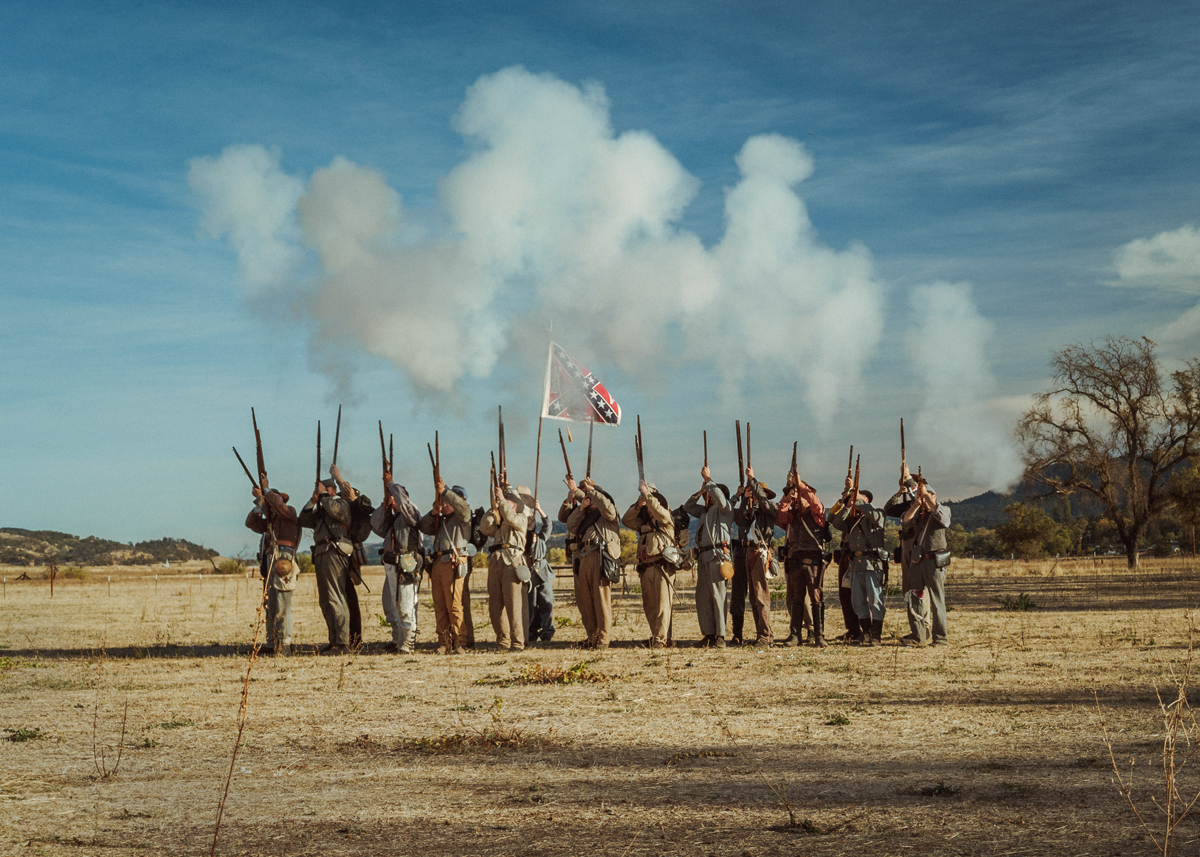 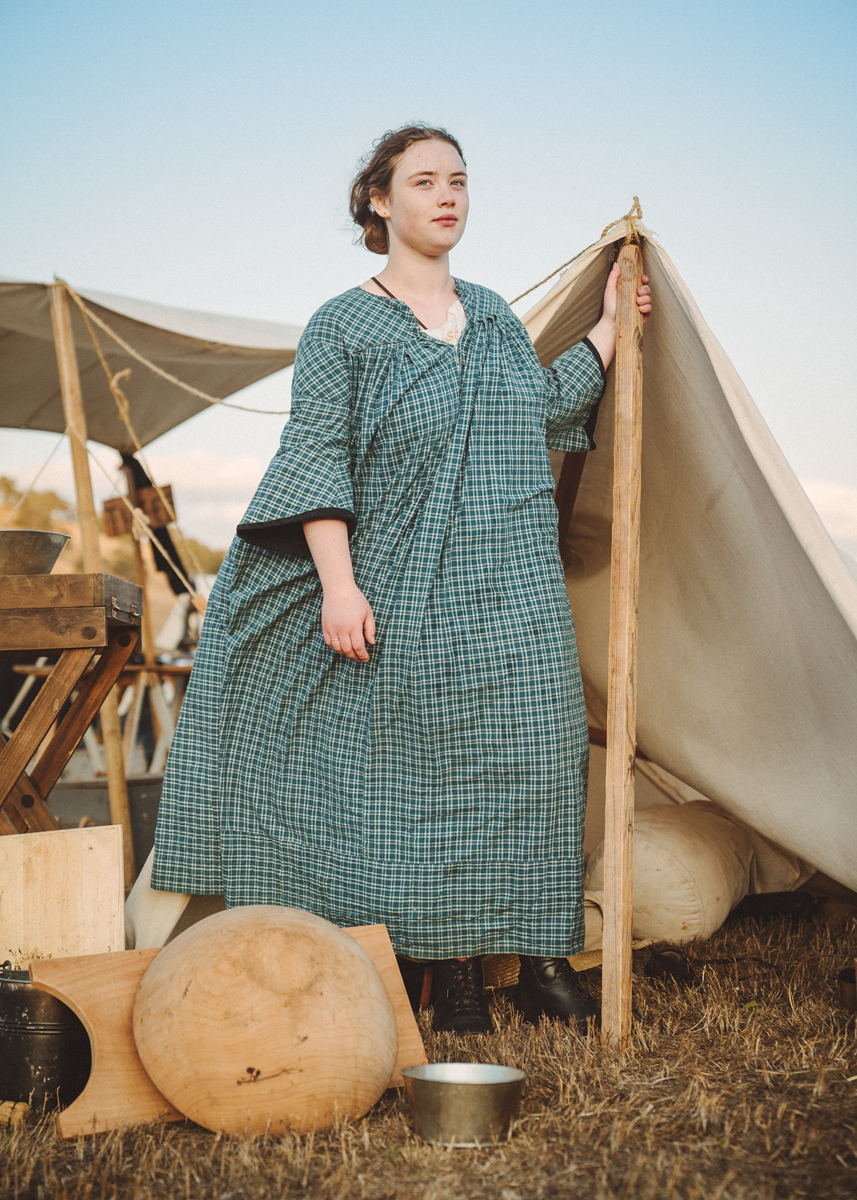 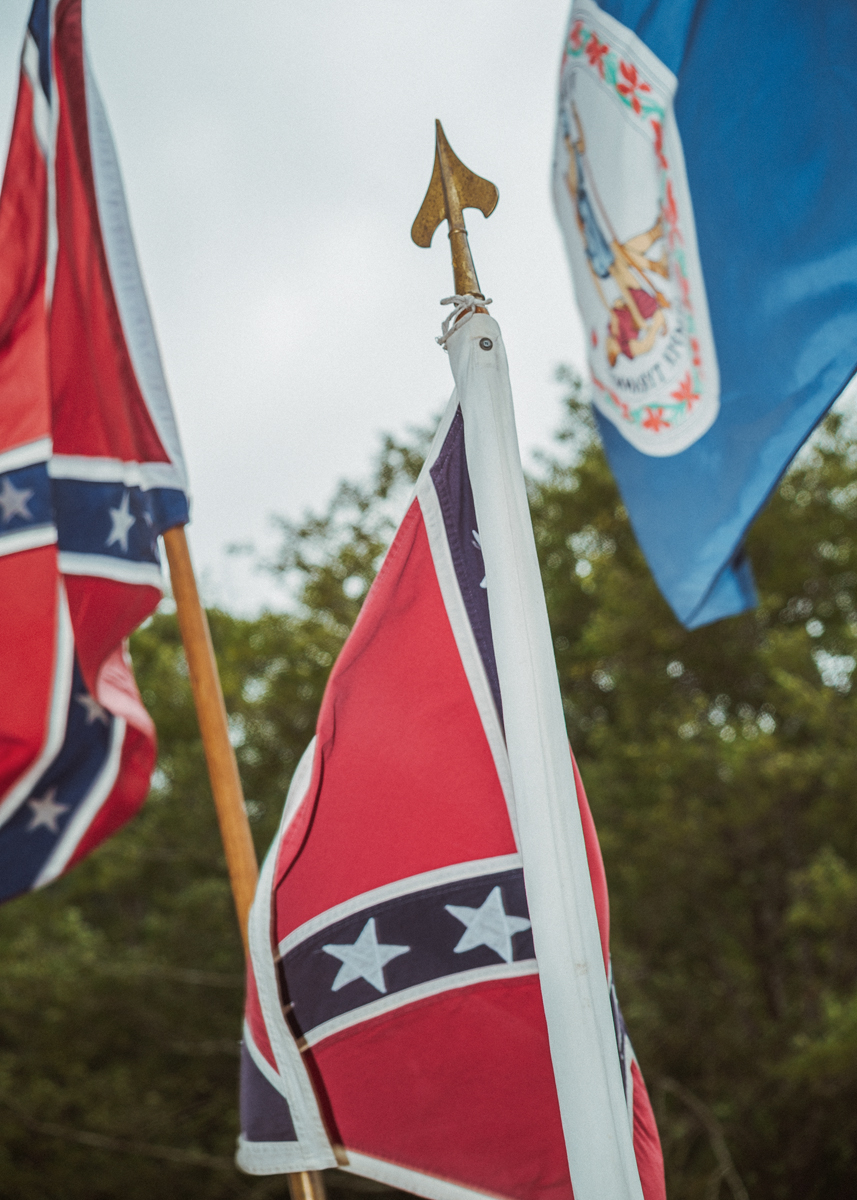 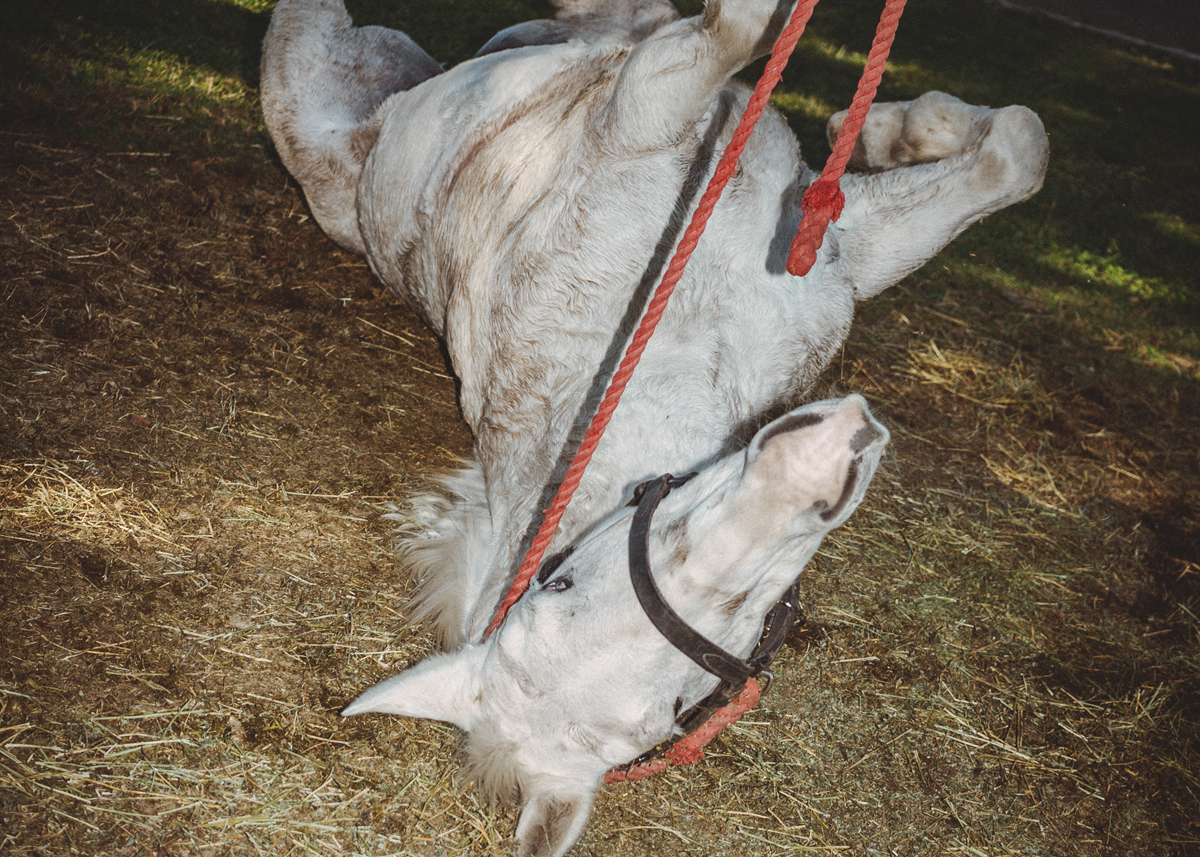 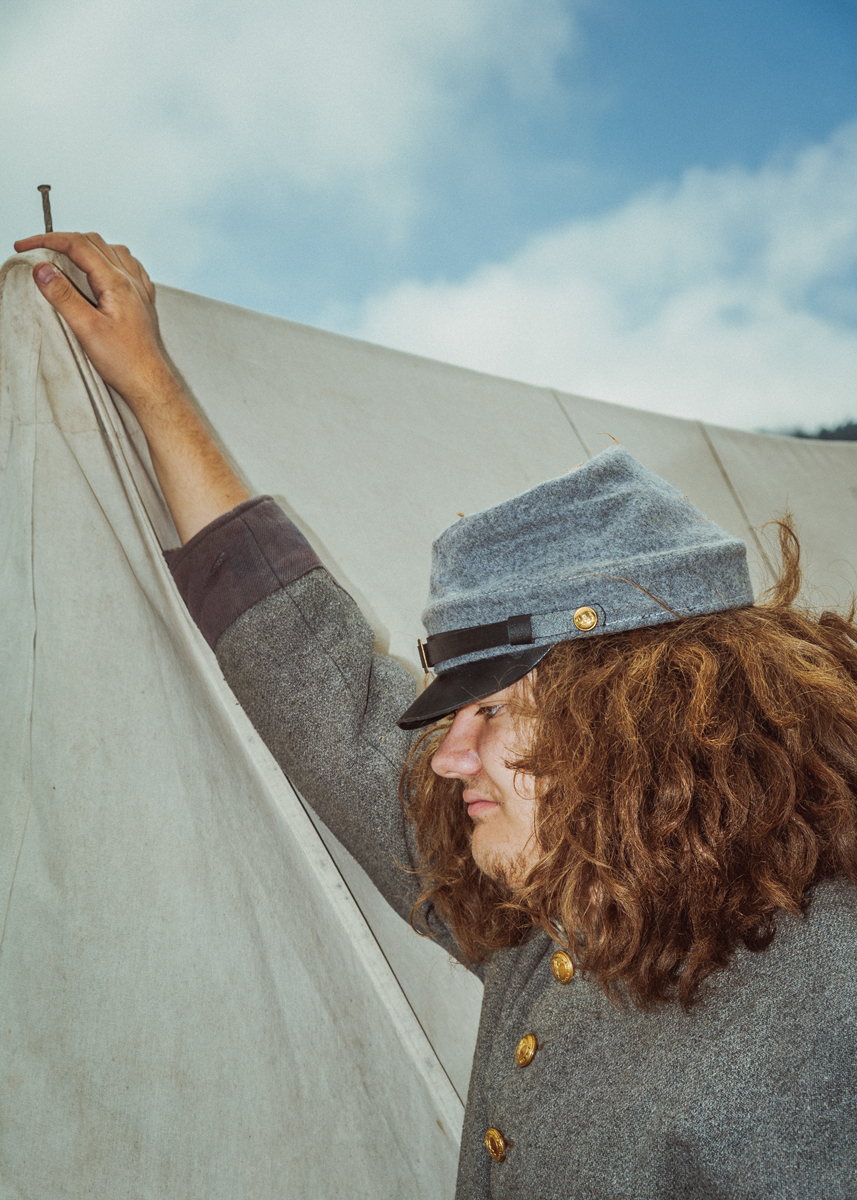 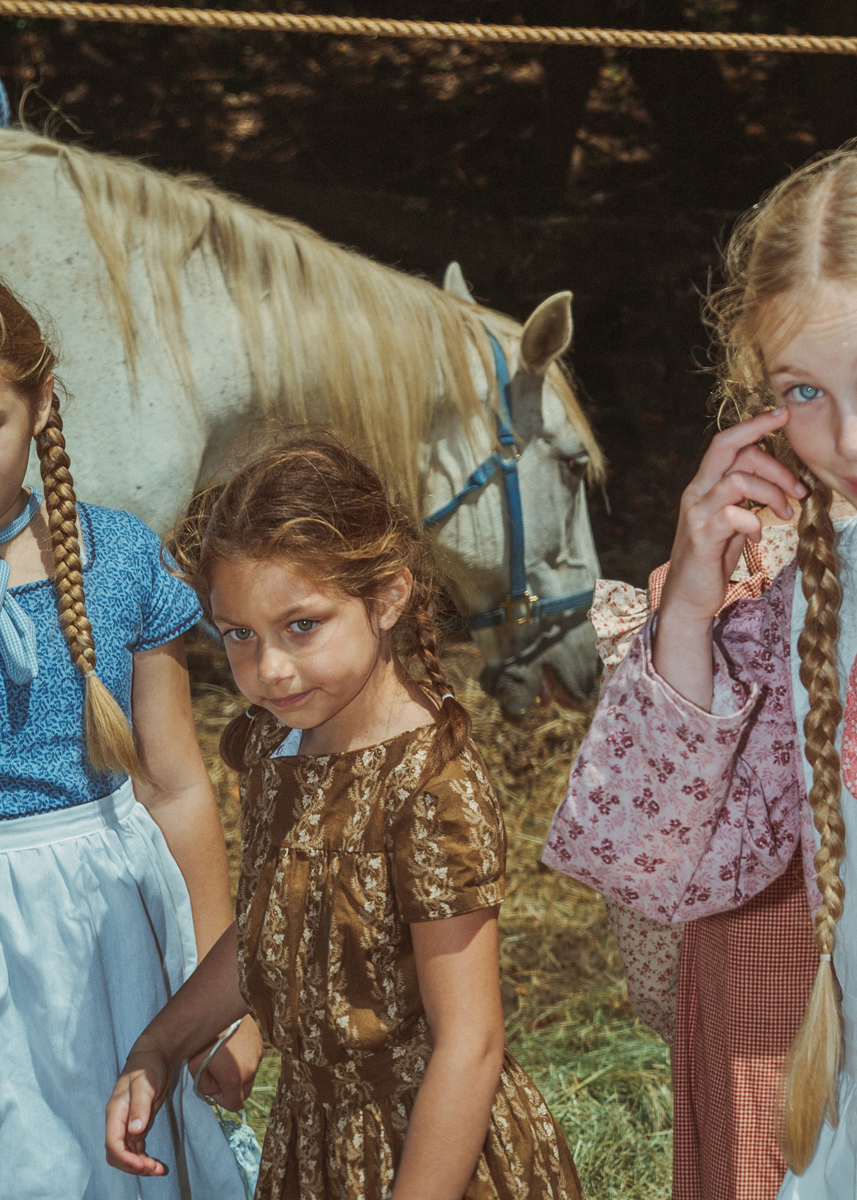 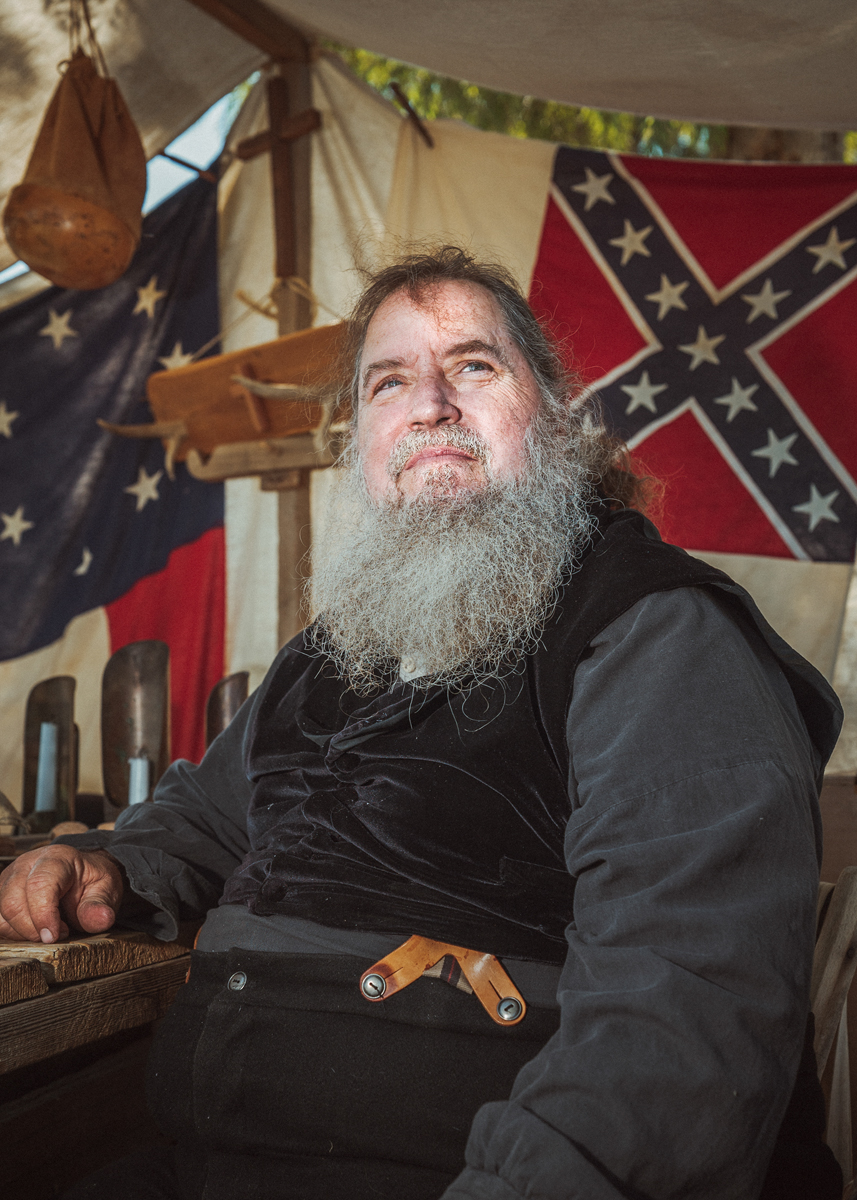 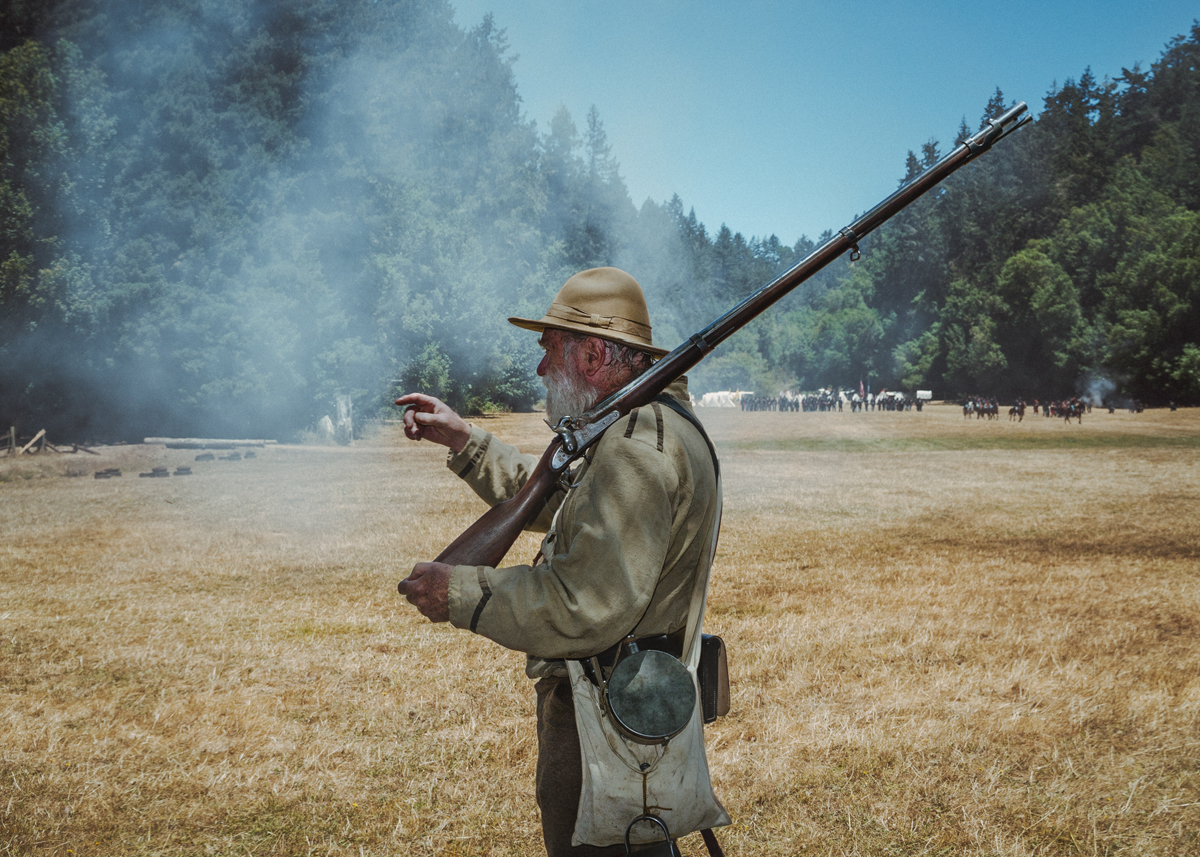 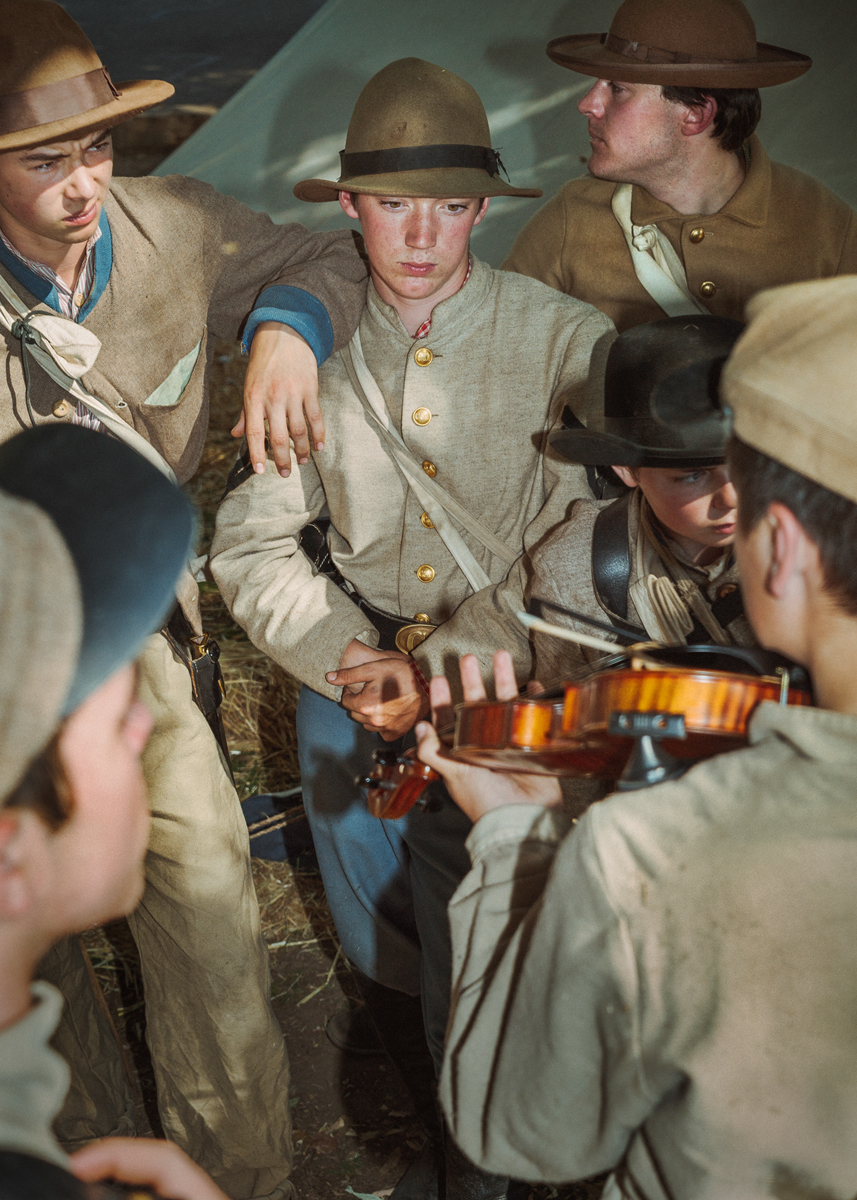 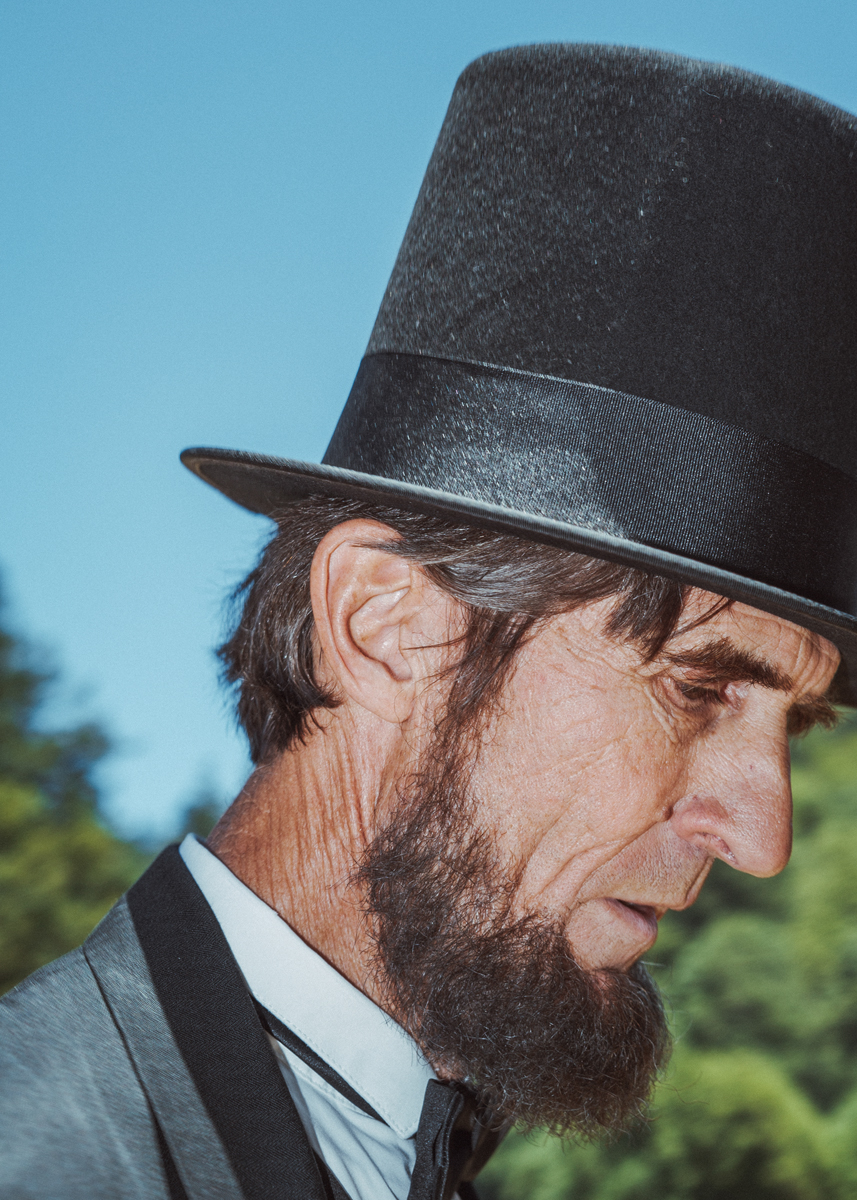 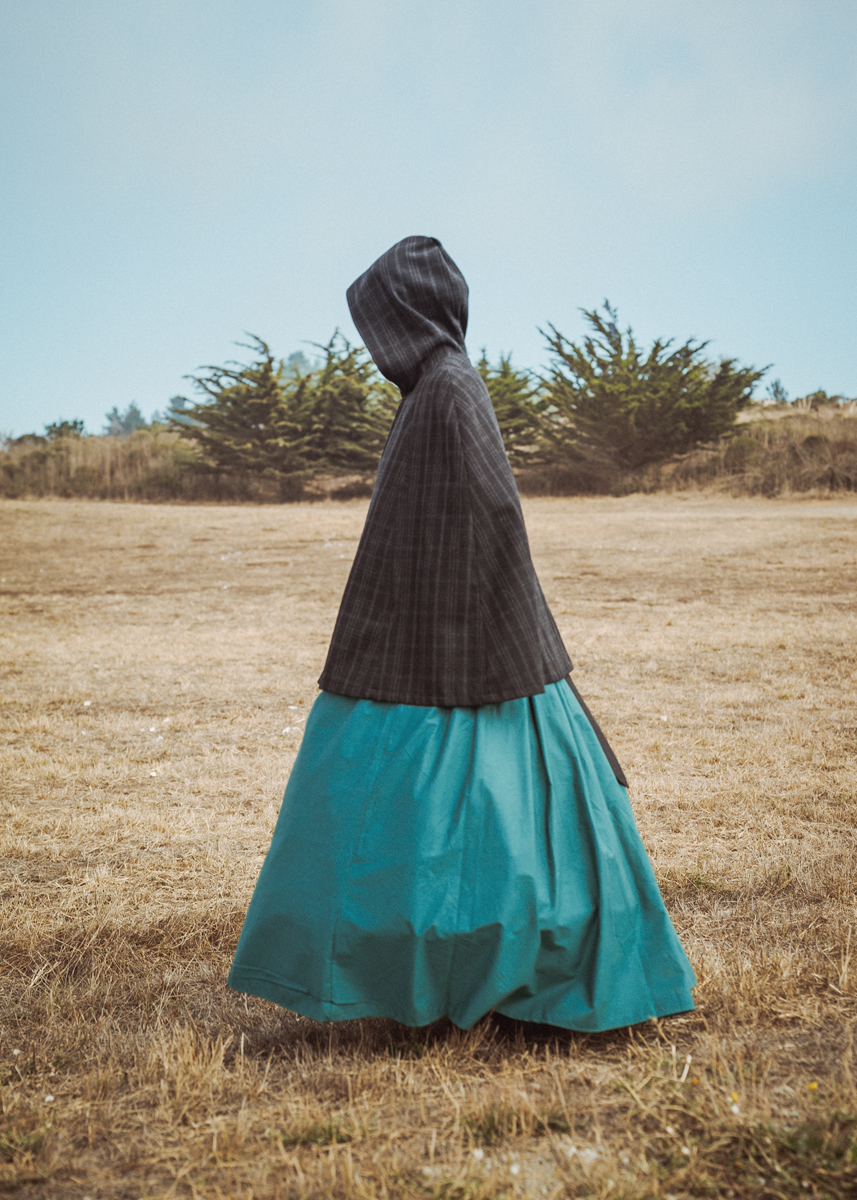 In ‘Pale Blue Dress’, Brandon Tauszik (b. 1986, the USA) documents the world of Civil War Re-enactments in northern and central California. The images provide an intimate look into these complex spaces, emboldening participants to brandish the Southern cause while conveniently erasing slavery and emancipation from the war’s story. Submerged into the moment of these keenly produced re-enactments, we witness an idealised version of reality – how it has been remembered by some.

Tauszik gives way to witness from up close the passionate way in which thousands of Americans (mostly white males) attempt to maintain their version of 19th century Civil War battles. They gather during the weekends and parade in astonishingly accurate regimental uniforms while holding their shoulder reproduction rifles. But ‘Pale Blue Dress’ is deliberately stripped off from judgemental slant and loaded irony. As the photographer demonstrates: the re-enactments are undeniably happening today, and for a consistent part of American society it is a serious matter which thus deserves to be reported on.