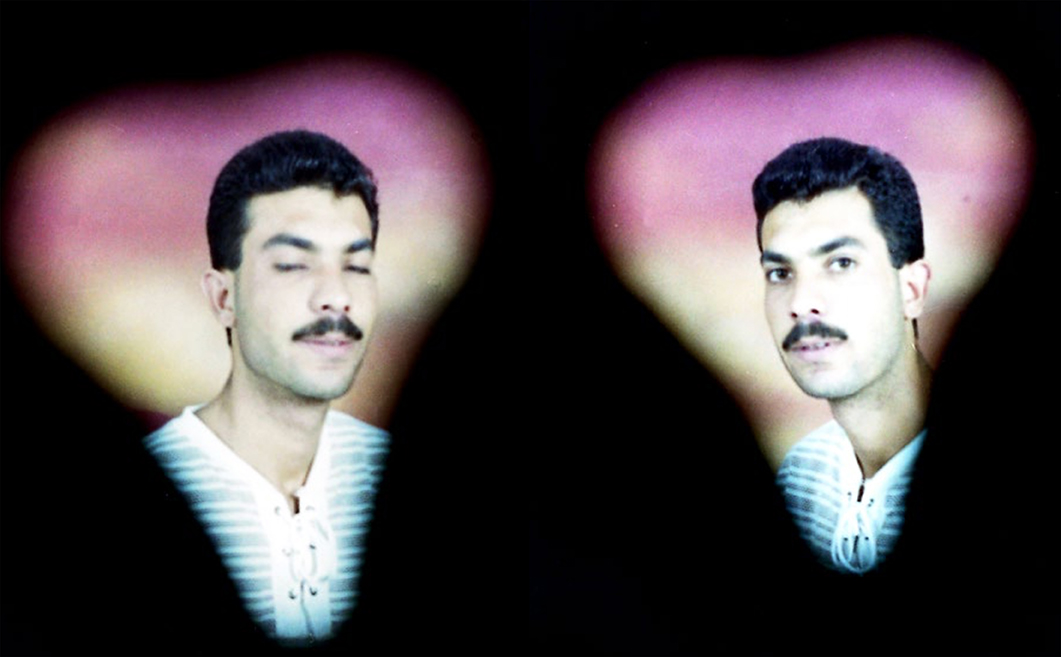 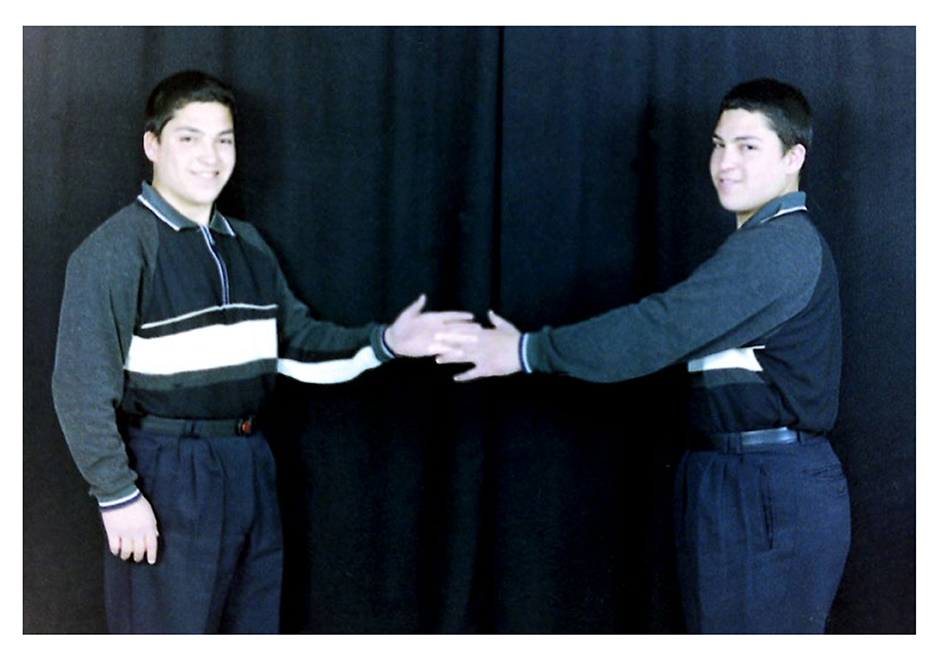 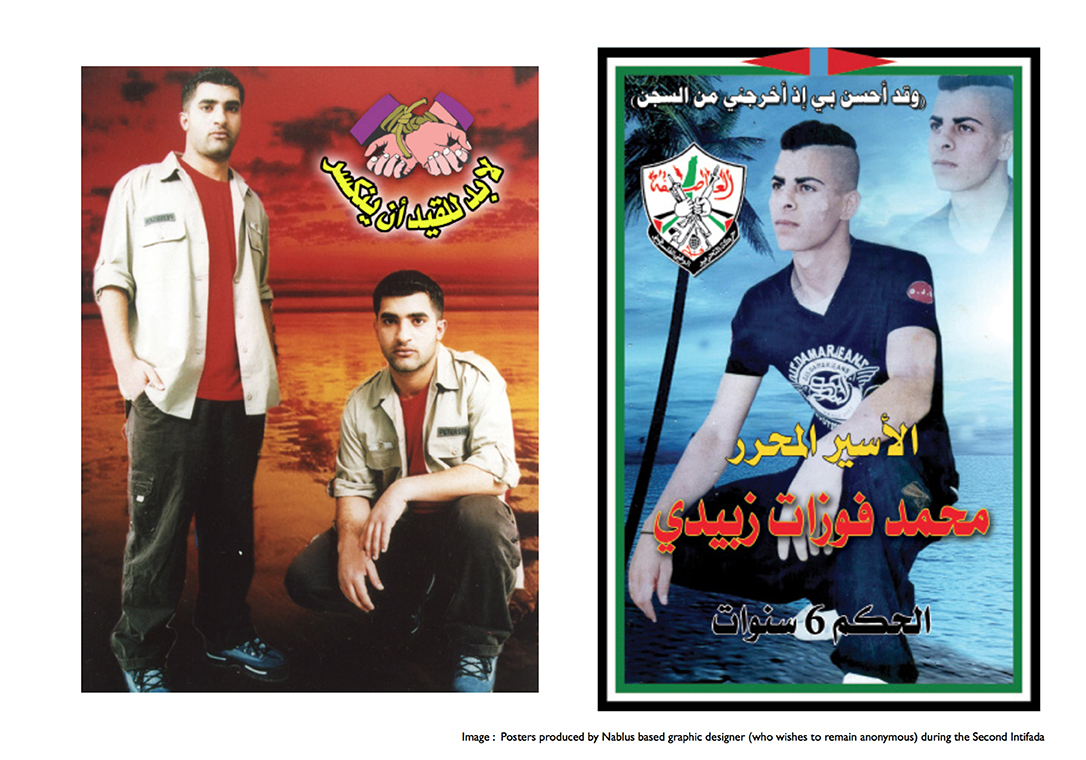 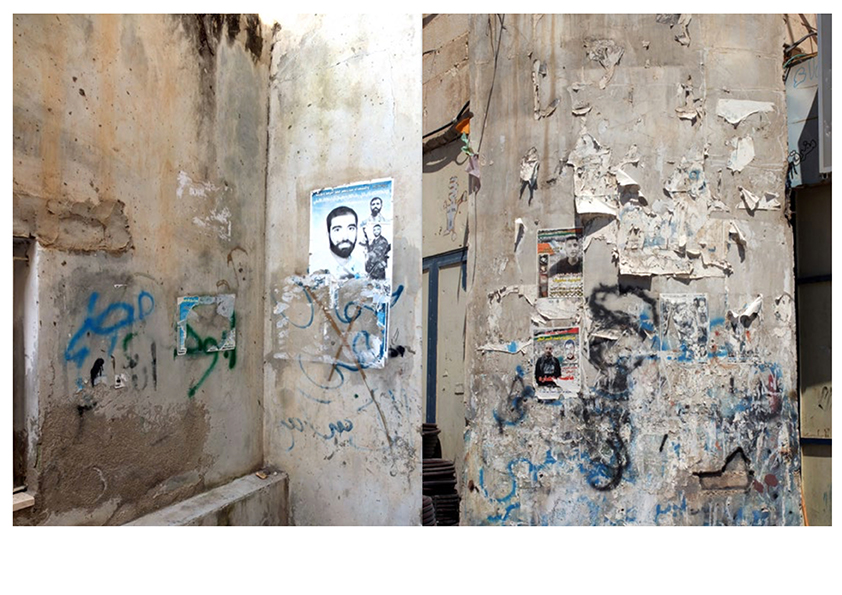 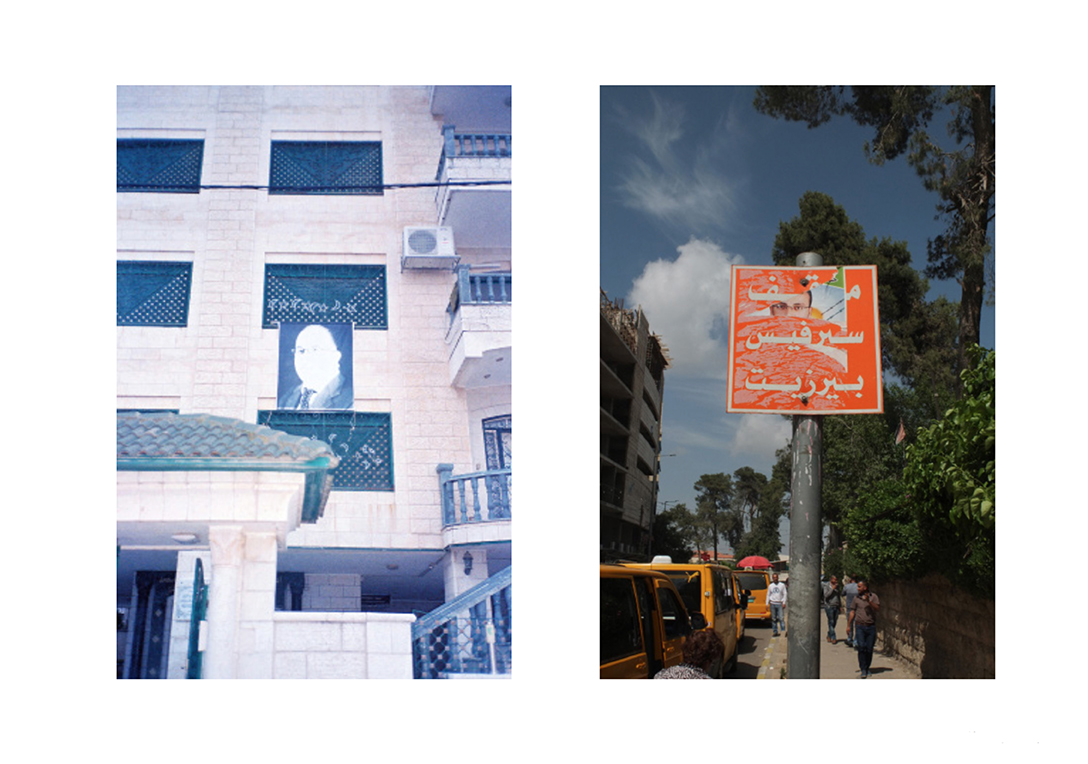 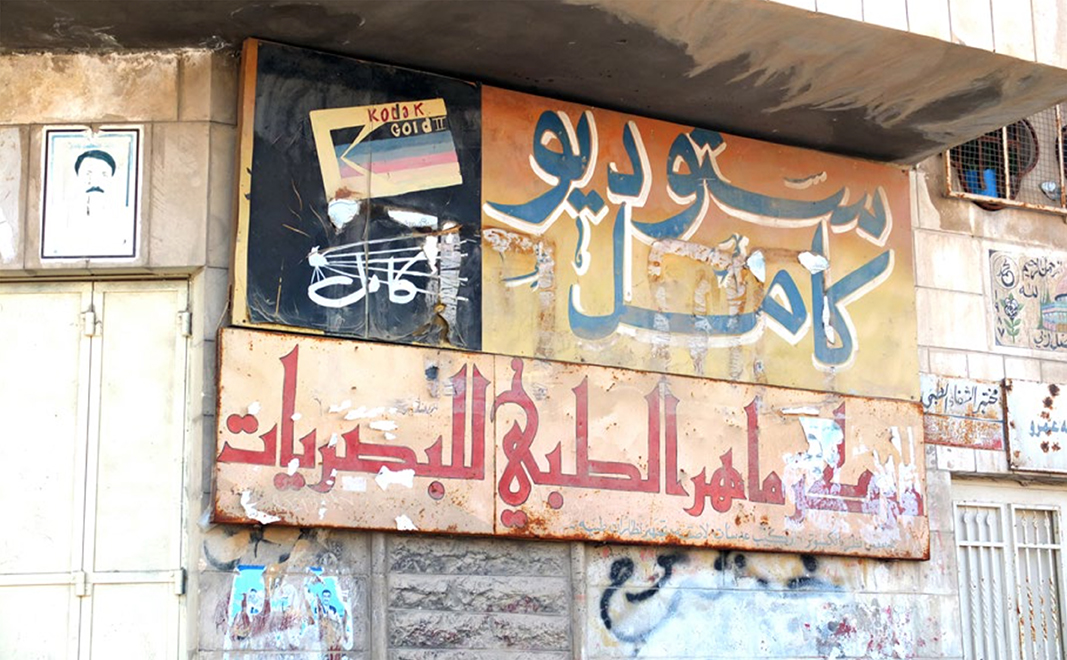 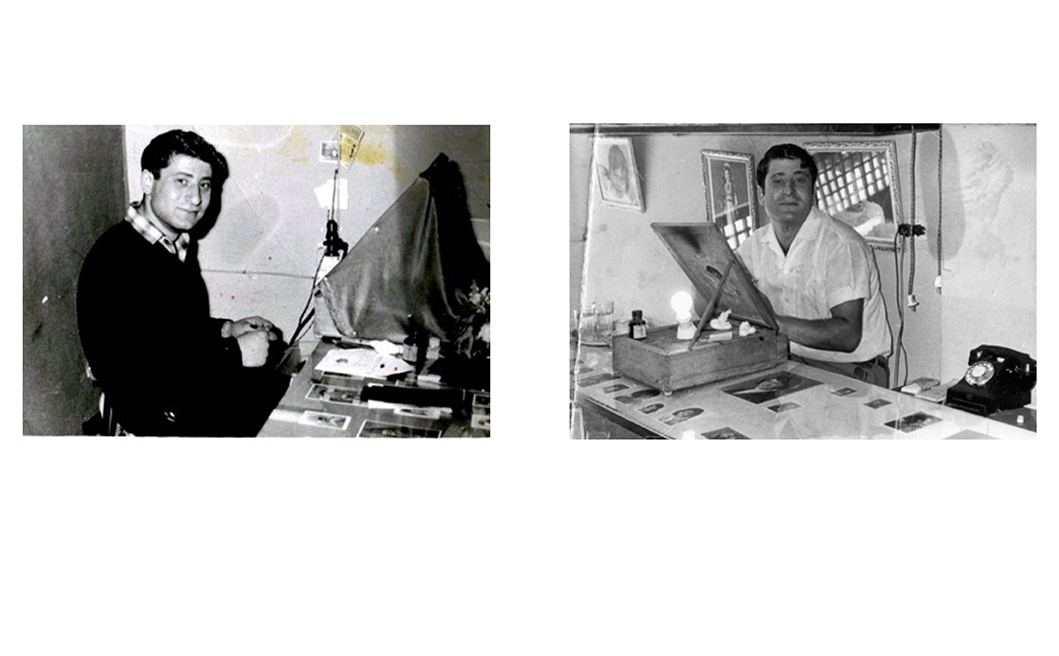 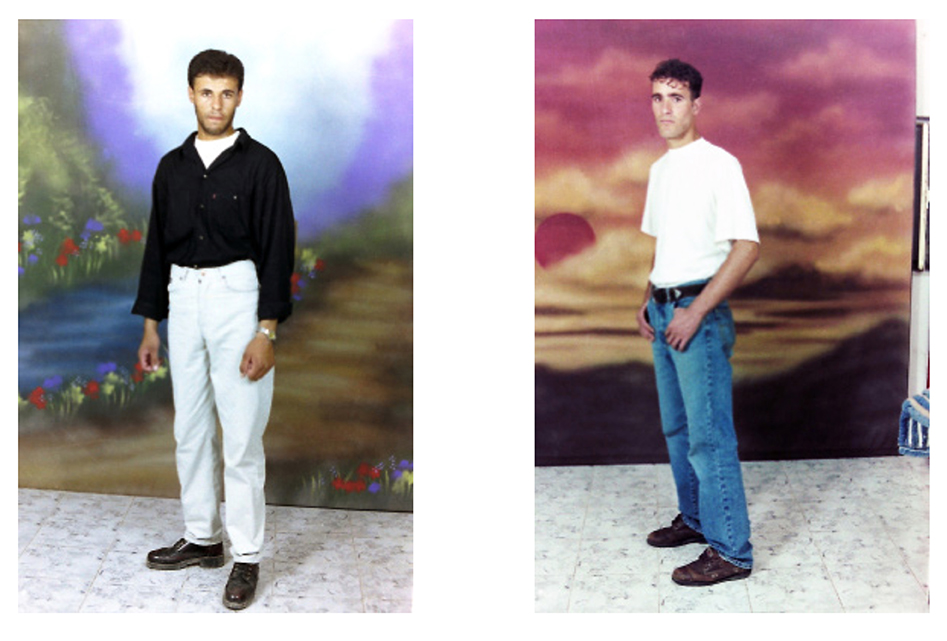 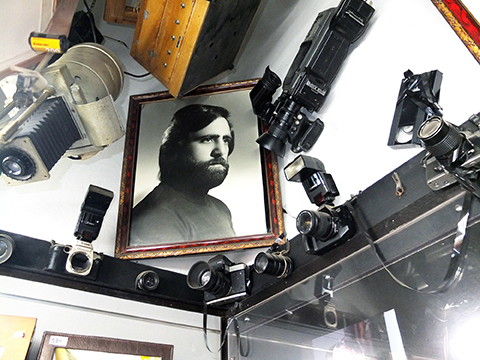 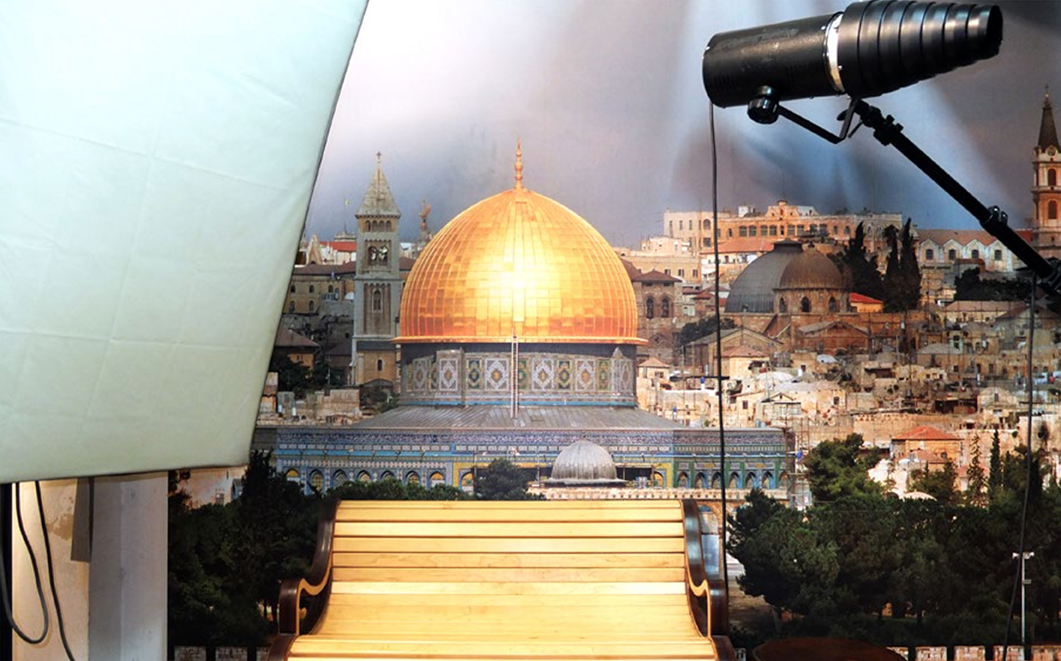 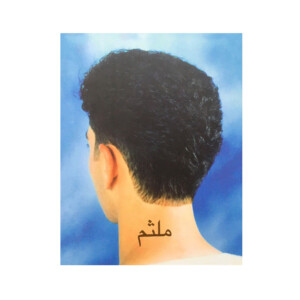 The title ملثم (‘Molatham’) literary translates ‘to cover one’s face’, but it is also a street language phrase in Palestine to describe anybody resisting the Israeli occupation.

Starting in 2012, Scott Caruth spent several extended periods of time in the West Bank working as an activist with the International Solidarity Movement. During this time, Caruth came to understand his complex position as an ‘International’ photographer within a group of Palestinian ‘freedom fighters’. The awareness became crucial, forcing him to distinguish moments, either  applying the camera from his subjective  solidarity or when compromising his activism.

In the extended introduction of ‘Molatham’ we can read into the irony of the Israeli Defence Force ‘camera’ that constantly documents and surveils Palestinians – the very ‘entities’ its operators refuse to acknowledge. By contrast, the portraiture photo studios become the only space where Palestinians have the agency to choose how they are represented out of sight from the surveying eye of those who they consider the occupiers.

For the sake of this book, Caruth traced the history of two prominent photography studios: Studio Havana and Studio Chaplin, both located in Ramallah (central West Bank). The vast collection of images – starting from the black and white documentation of the studio owners and the interiors to colour portraiture –  captures the unique and intimate collaboration between the sitters and the photographers (also Palestinians). Importantly, each single element of the portrait is carefully constructed so to represent the subject according to their own wish.

The book furthermore contains multiple text interventions in form of interviews and short essays which contextualise the images within a wider historical and political spectrum.

In the second half of the book another function of studio portraiture photography is highlighted. The beginning of the Israeli occupation in 1967 marked the starting point of mass incarceration. Each year that a Palestinian detainee spends in prison is documented with the production of a studio photograph, taken within the prison itself. This photo is later sent to the prisoners’ family, who are forced to stay remote and thereby see the relationship with their incarcerated relative reduced to merely a photographic object.

Meanwhile, the portraits made in the private interiors of the photography studios eventually found their way to the public realm. Every once in a while, these vernacular photographic items are displayed on the walls of buildings or get attached to street lanterns. Others get carved into marble or stone sculptures around the city – either way becoming an integral part of the public sphere of the West Bank.

‘Molatham’ gives the viewer a rare glimpse into the multiplicity of Palestinian characters, each with their own unique way of being. Caruth succeeds in creating a collection of intimate portraits of individuals that as a whole resemble the strong social unity of the Palestinian resistance.