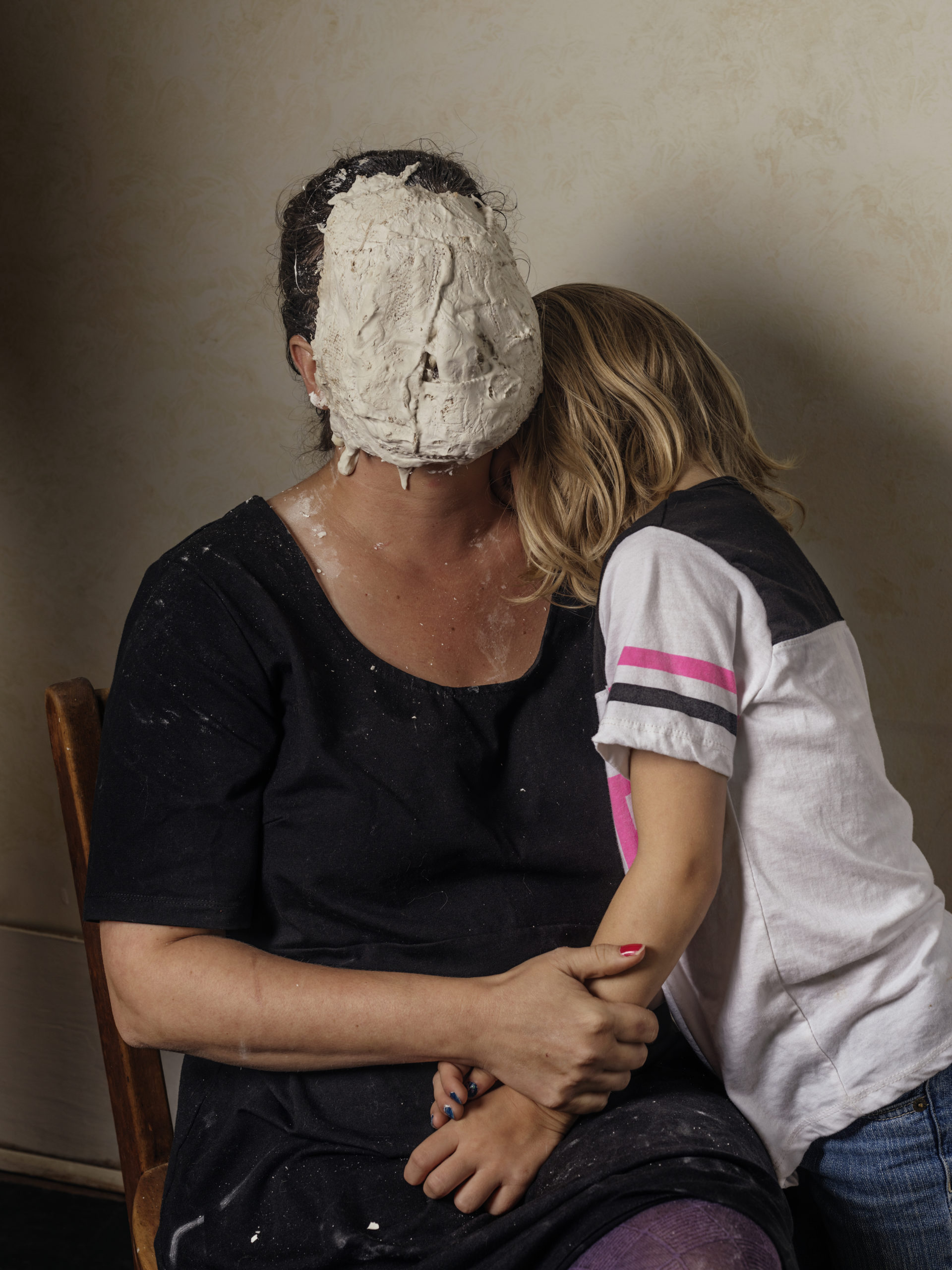 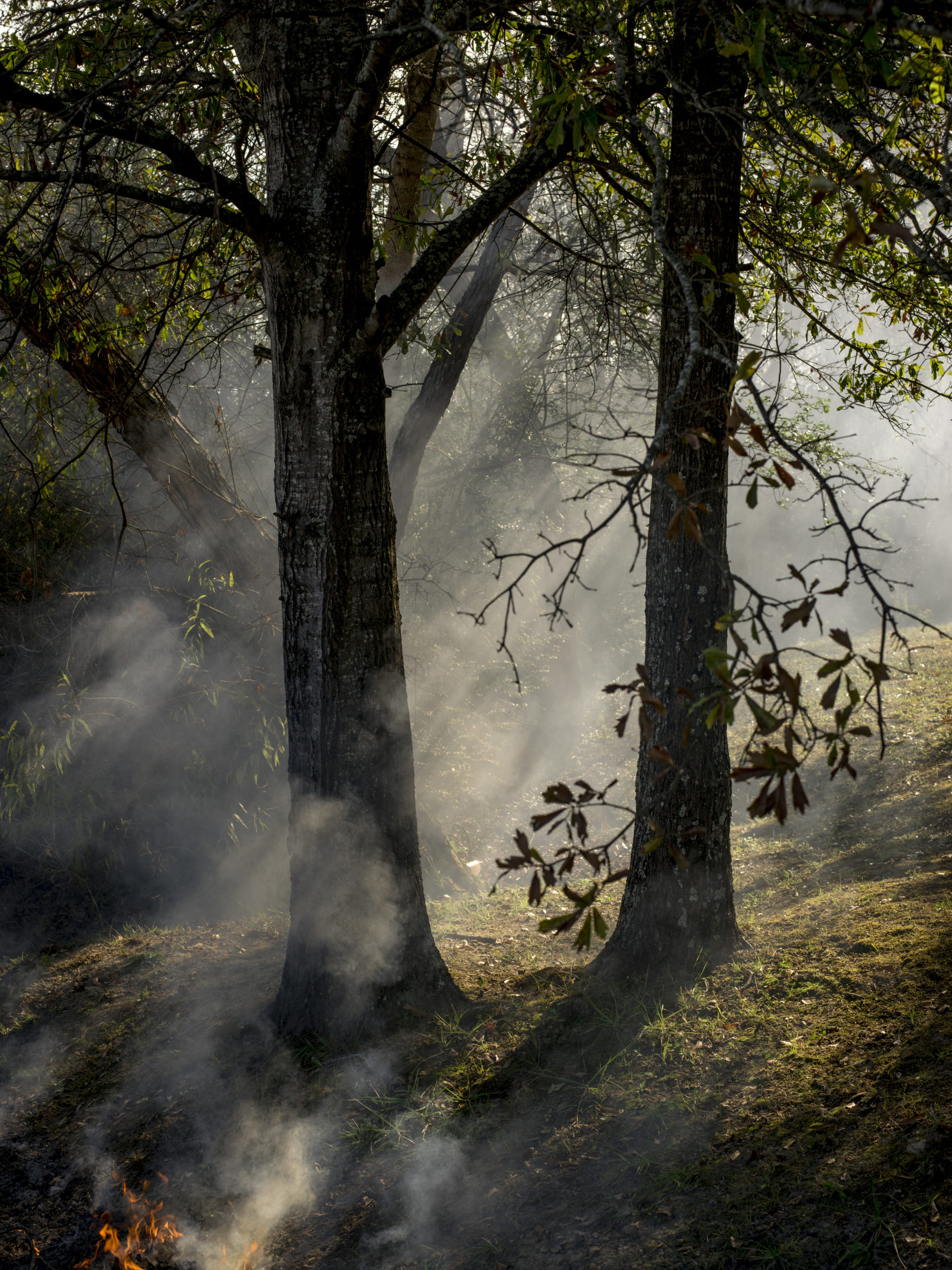 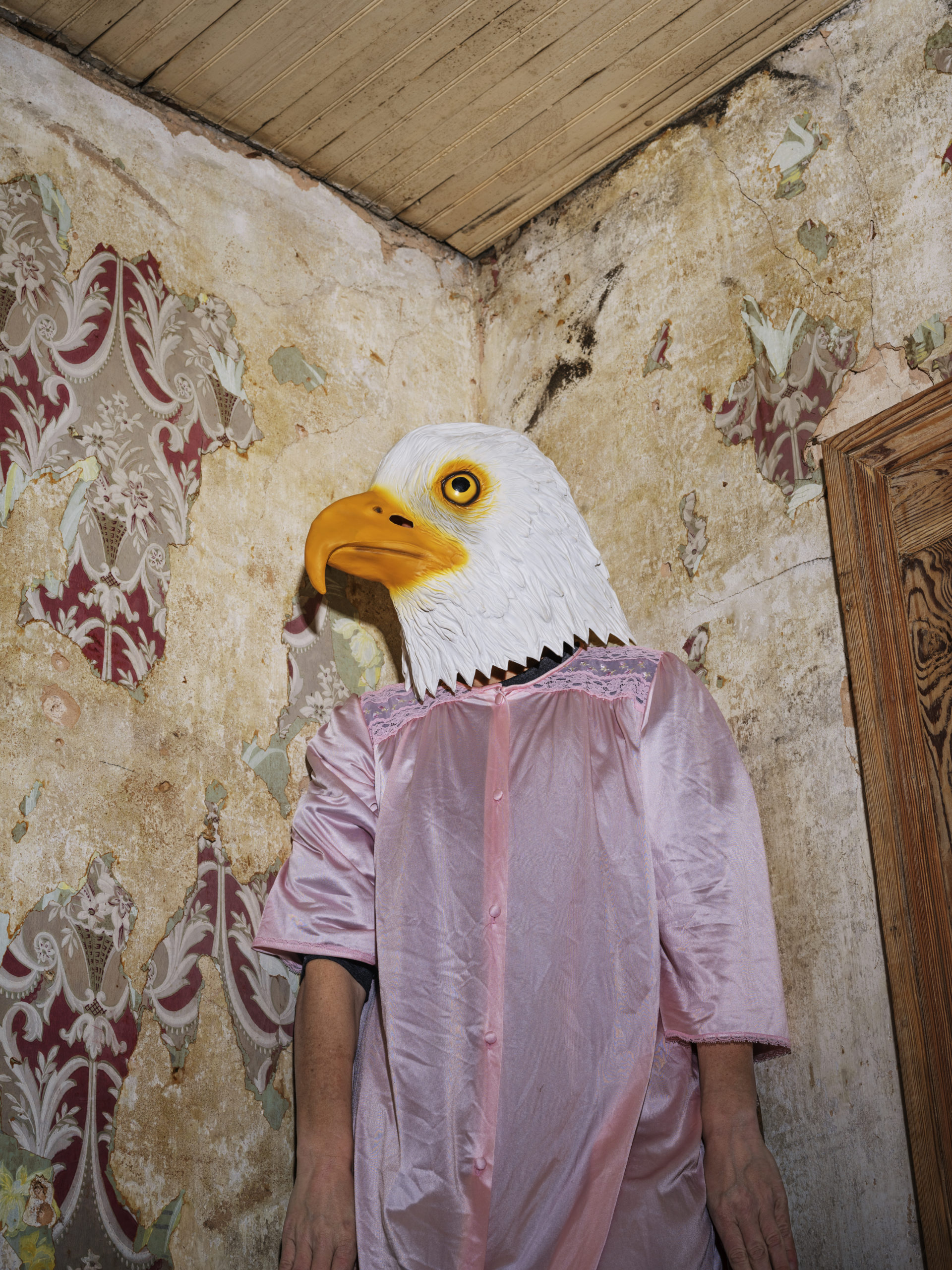 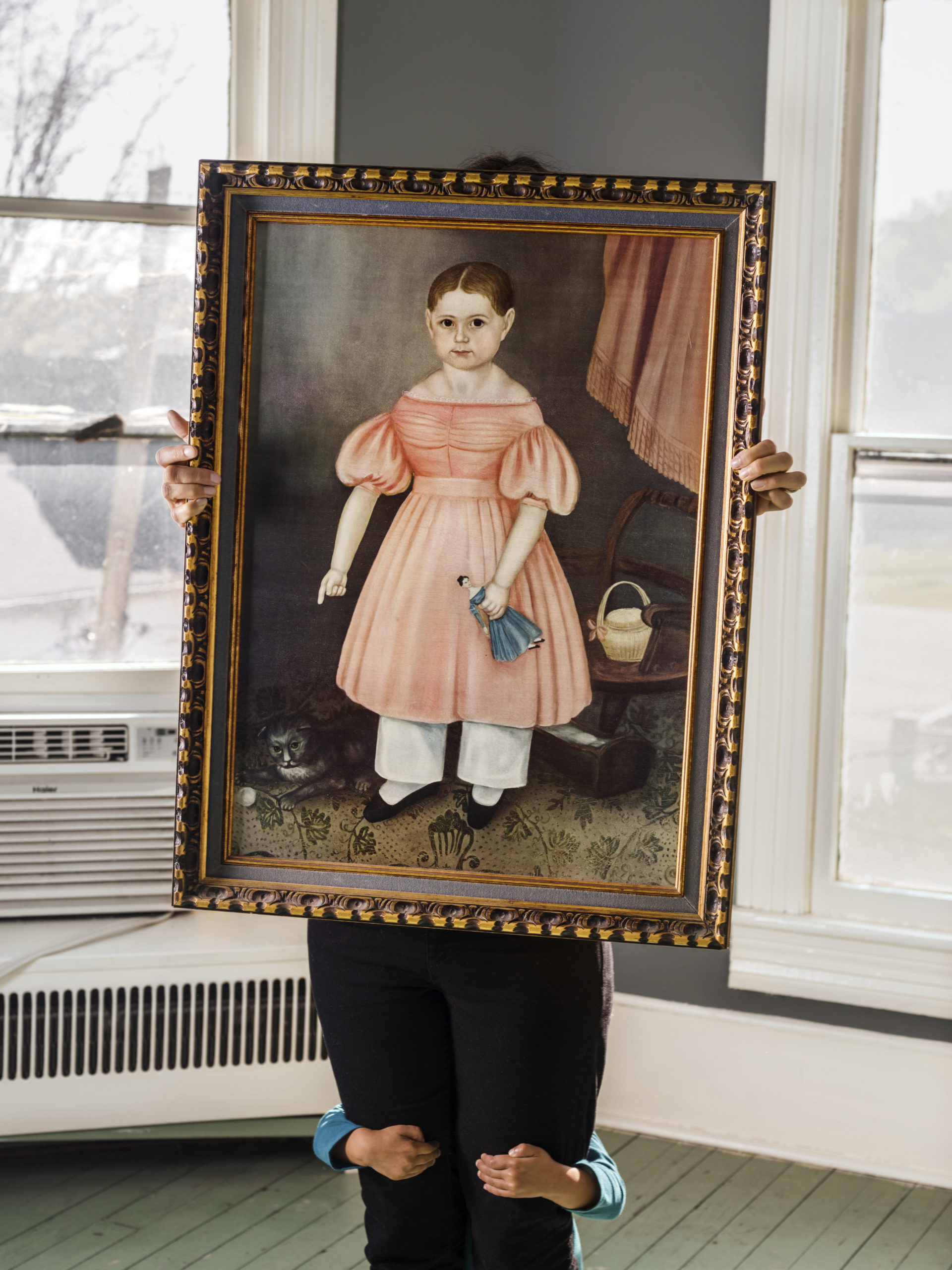 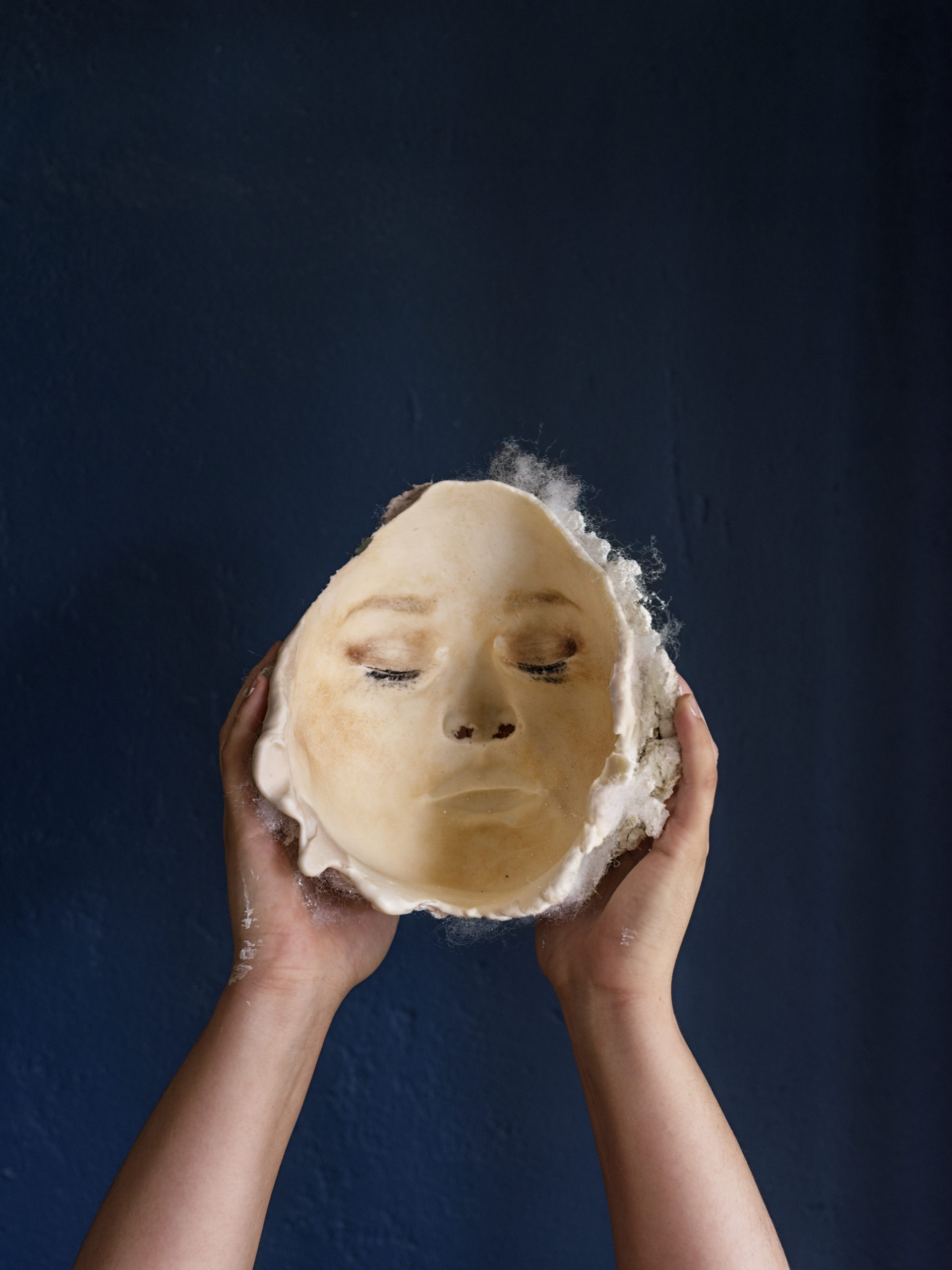 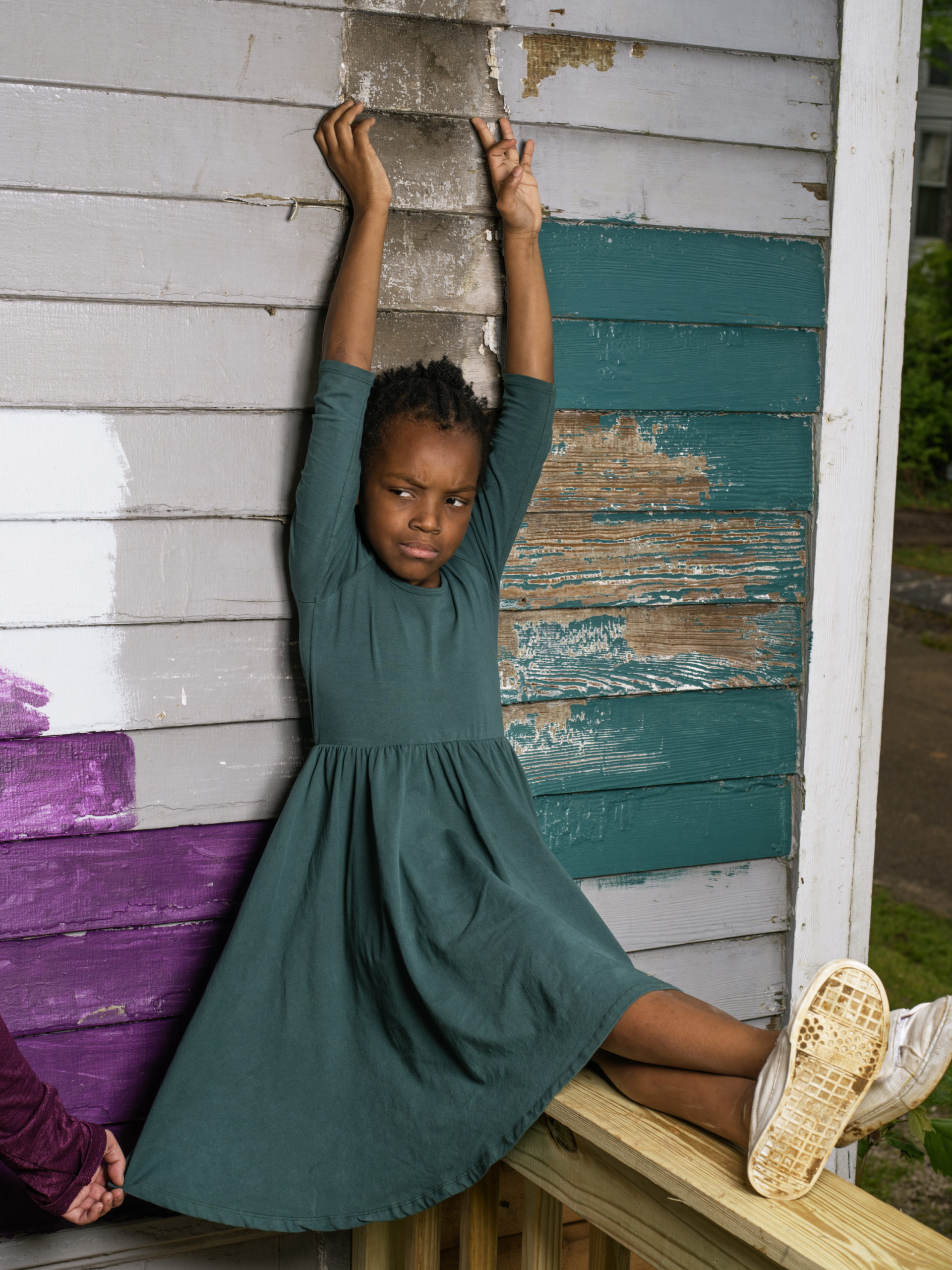 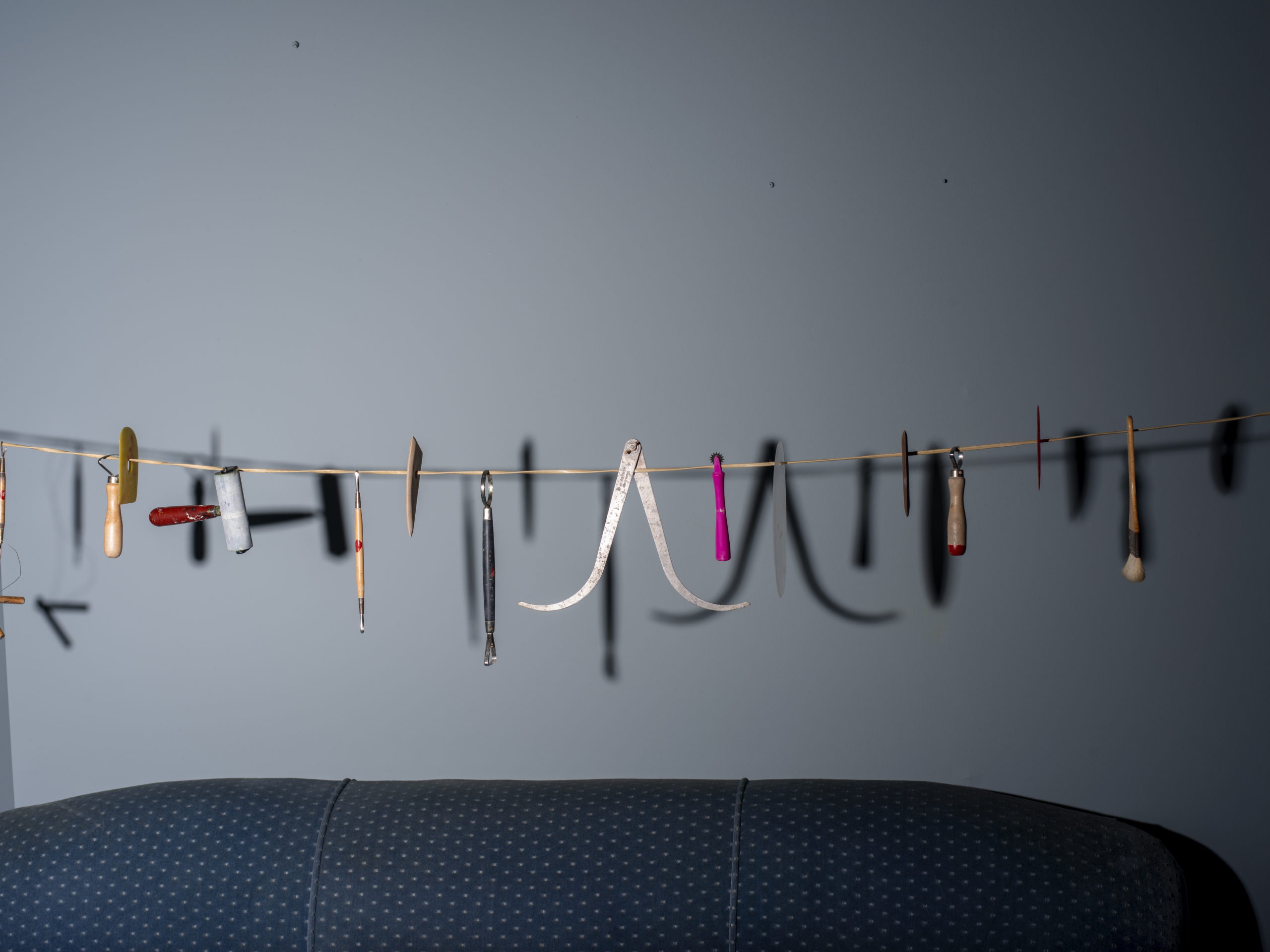 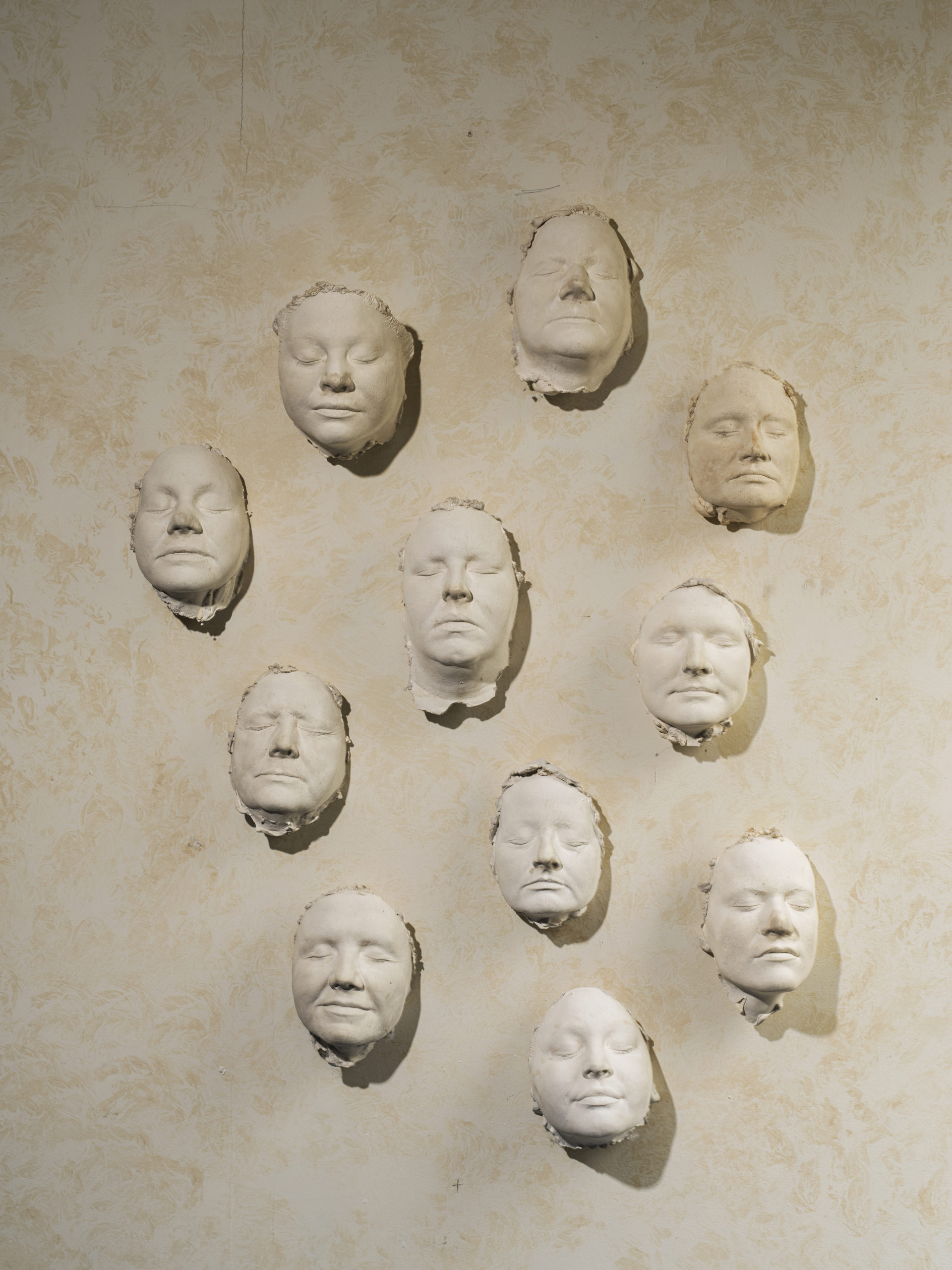 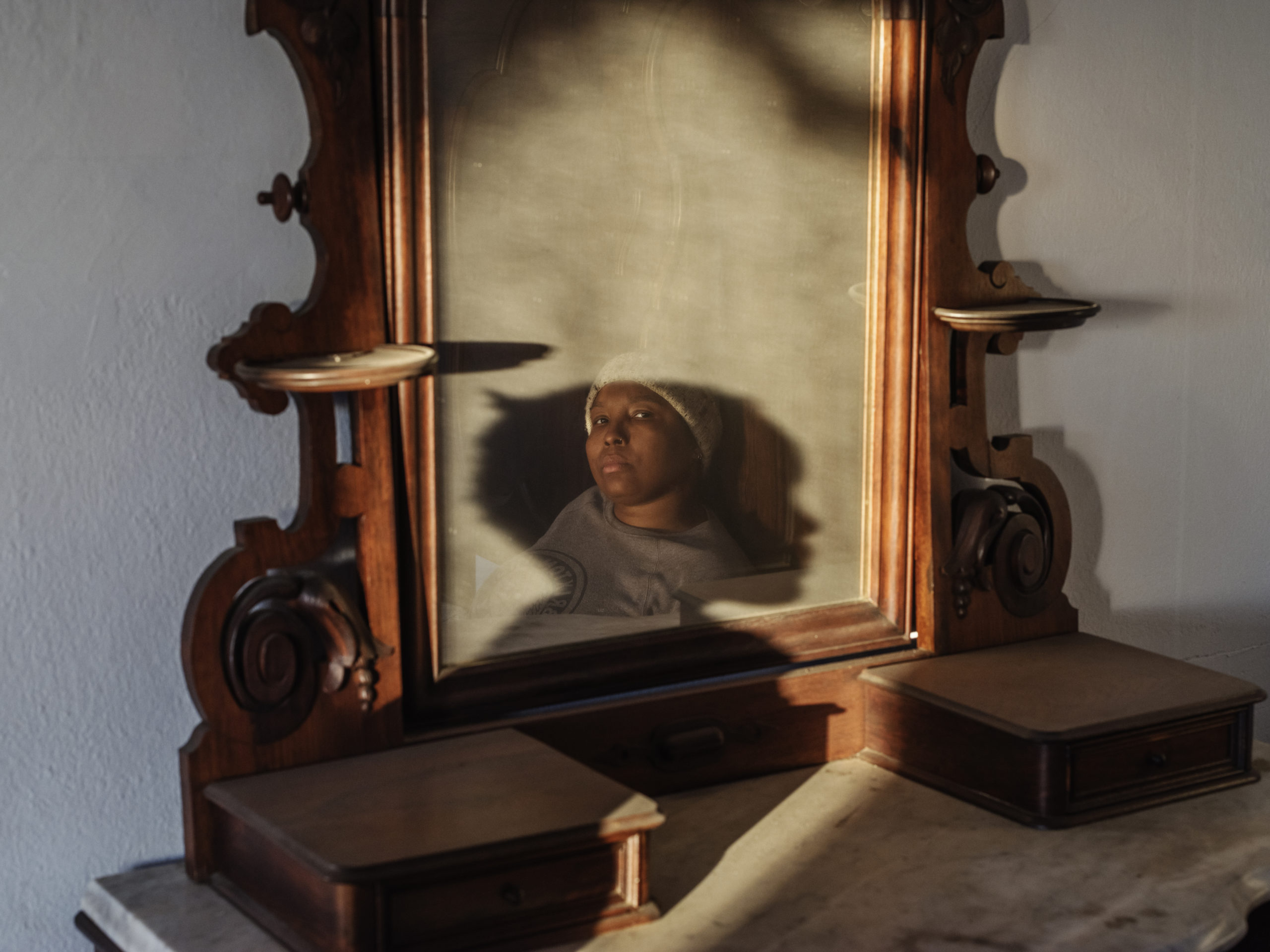 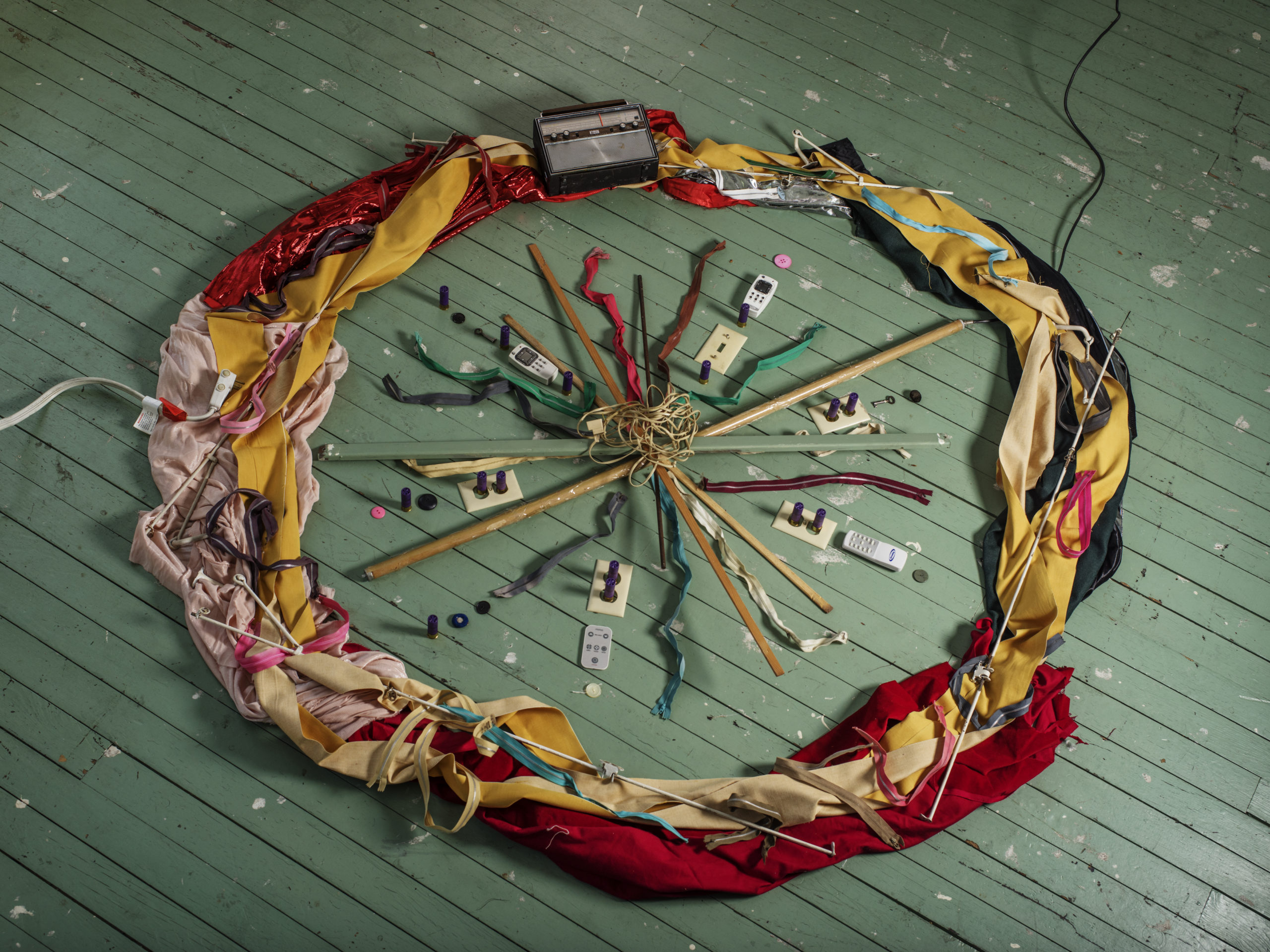 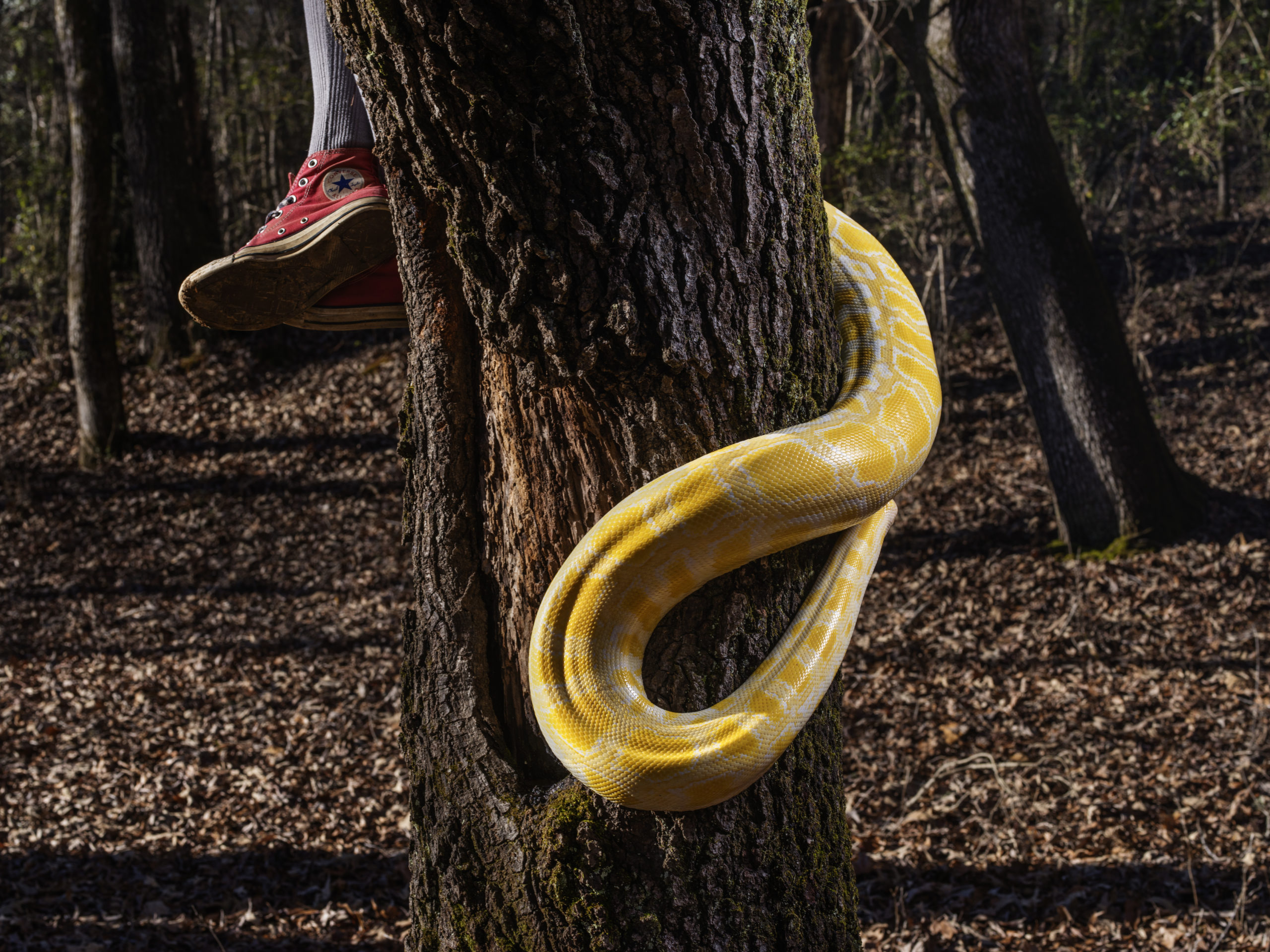 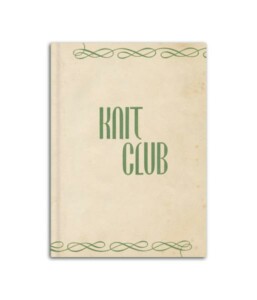 Carolyn Drake (b.1971, the USA) is a Magnum photographer who generally works on long-term photo projects that tend to re-examine dominant historical narratives in a creative way. Her approach to the medium of photography is defined by collaboration where the binaries of the author and subject, the real and fictional are interrogated. Drake’s latest project and book continues in the same direction and this time explores a close circle of women from Water Valley, Mississippi who call themselves the ‘Knit Club’. The activities of such a club are enigmatic where its members are connected by the secrets and experiences they share. 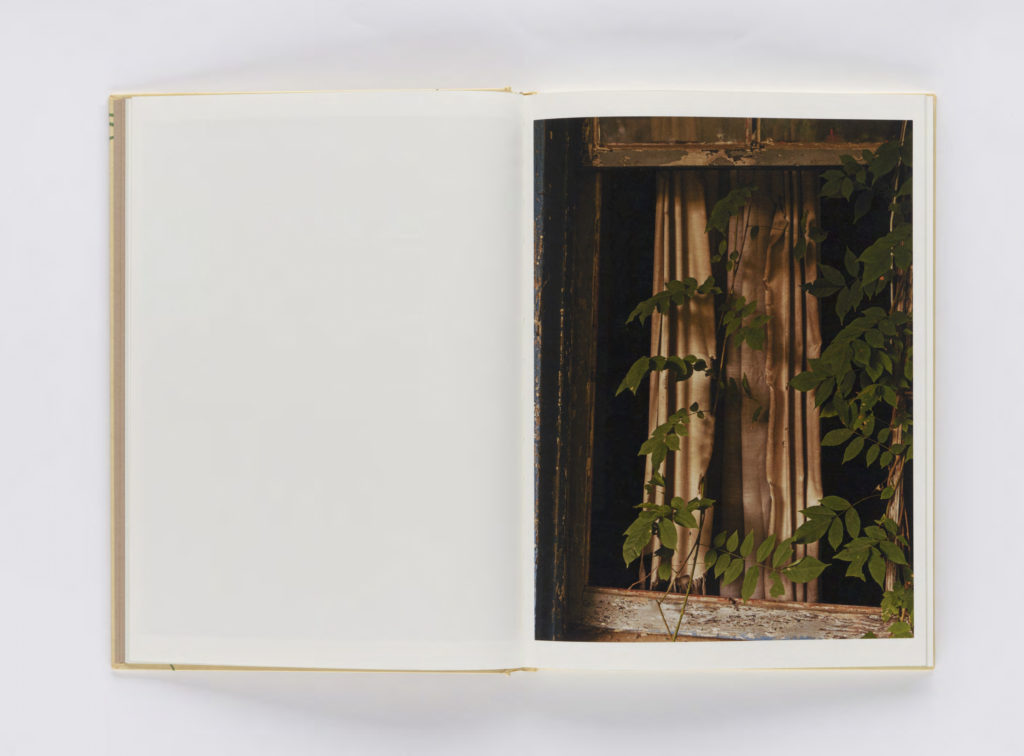 Originally inspired by William Faulkner’s novel ‘As I Lay Dying’, Drake presents a similar structure in her book – a disparate stream-of-consciousness. Following the style of the Southern Gothic, the scenes as depicted by Drake are eccentric and spiritual. Particularly, through her precise use of colour, we are witnessing her deliberate meddling with the realms of the real and imaginary.

Ranging from decayed or derelict settings to portraits of women with obscured faces, one begins to feel an underlying sense of mystery. The domestic still lifes and numerous images of masks depicting female faces are all soaked in suspense. As if something was lying underneath the surface, yet such is not revealed. 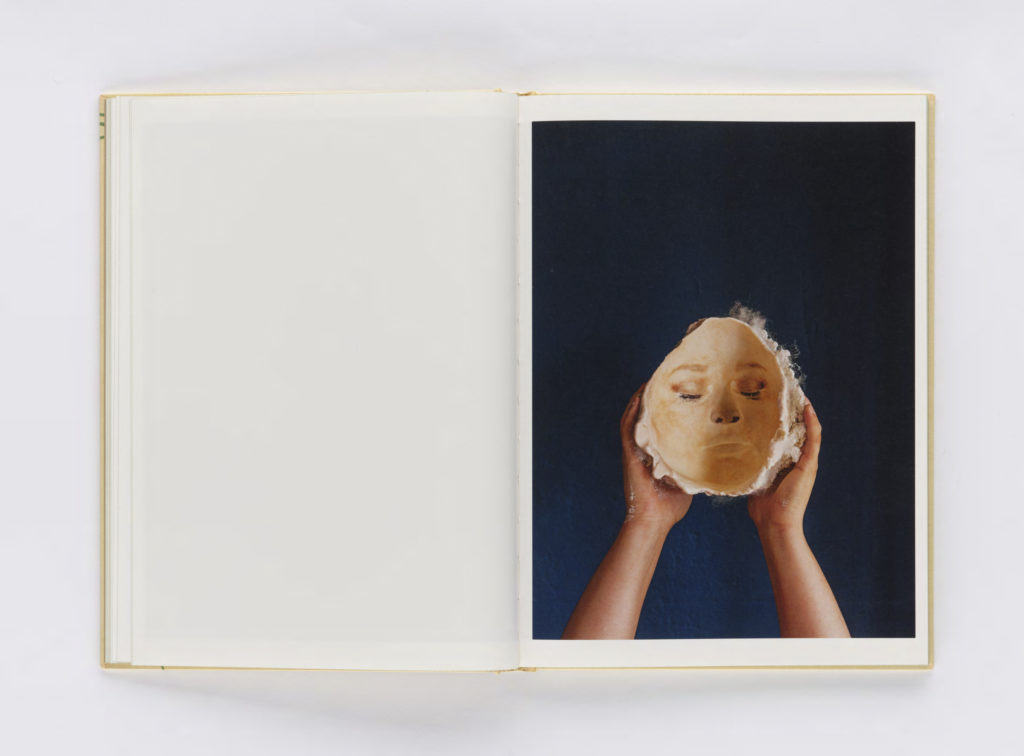 Authorship is collaborative in ‘Knit Club’. In an interview with American documentary photographer Susan Meiselas, Drake reveals that she chose to not have children, and having the opportunity to immerse herself into a community of mothers, helped her feel like one. Consequently, ‘Knit Club’ can also be viewed as the author’s intimate contemplation on motherhood. 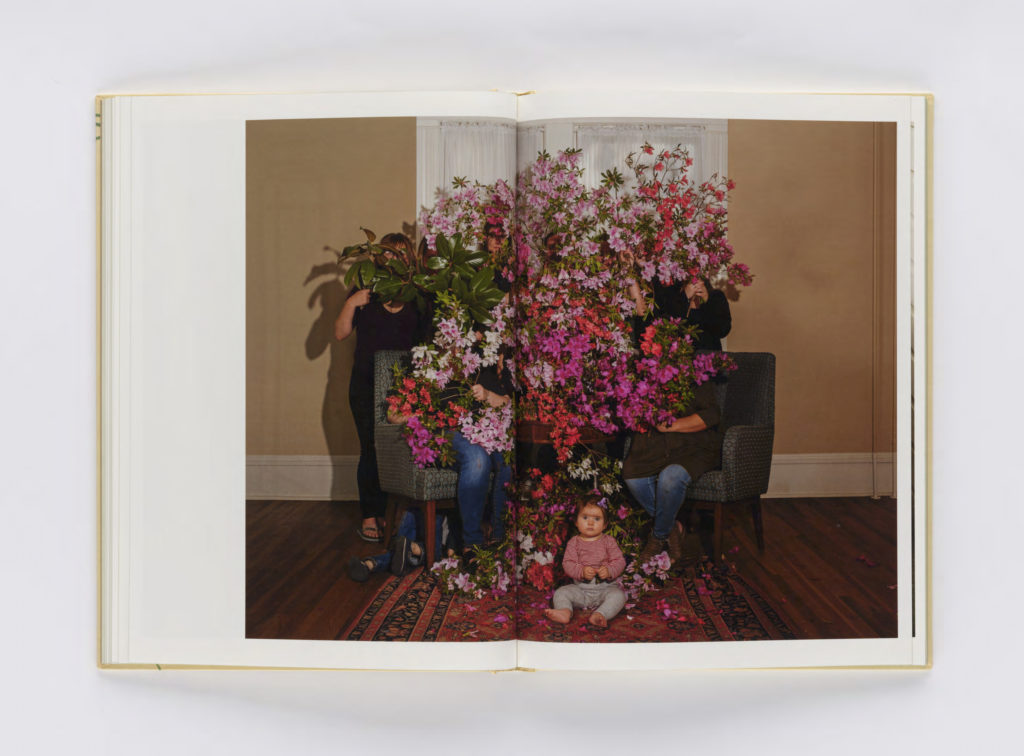 Her photographs are accompanied by a text written by Rebecca Bengal who interviewed women from the club. The text can be said to function as an interruption of the book while providing it with a narrative structure. It is the only means how the viewer can loosely get to know the community since the photographs themselves do not give voice to the individual characters. Hence, in contrast to the abstractness of the images, the text grounds us in reality. 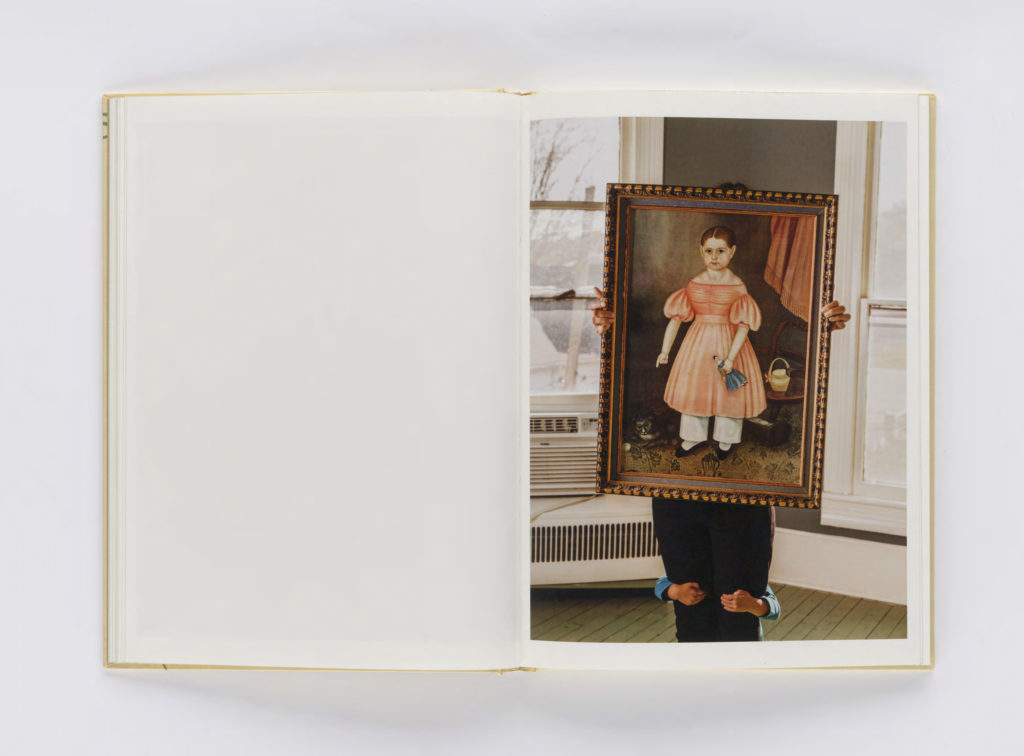 Except for one photograph of a man, the whole book consists of exclusively female figures who manage to exist outside of male dominance. By departing from individuality and the male gaze, Drake manages to immerse her viewers into a secretive female world where femininity constructs dealing with domesticity, passivity and submissiveness are put into question.

‘Knit Club’ has been shortlisted for the Aperture Photo Book of the Year Award 2020. The publication was published by TBW Books and can be purchased here.