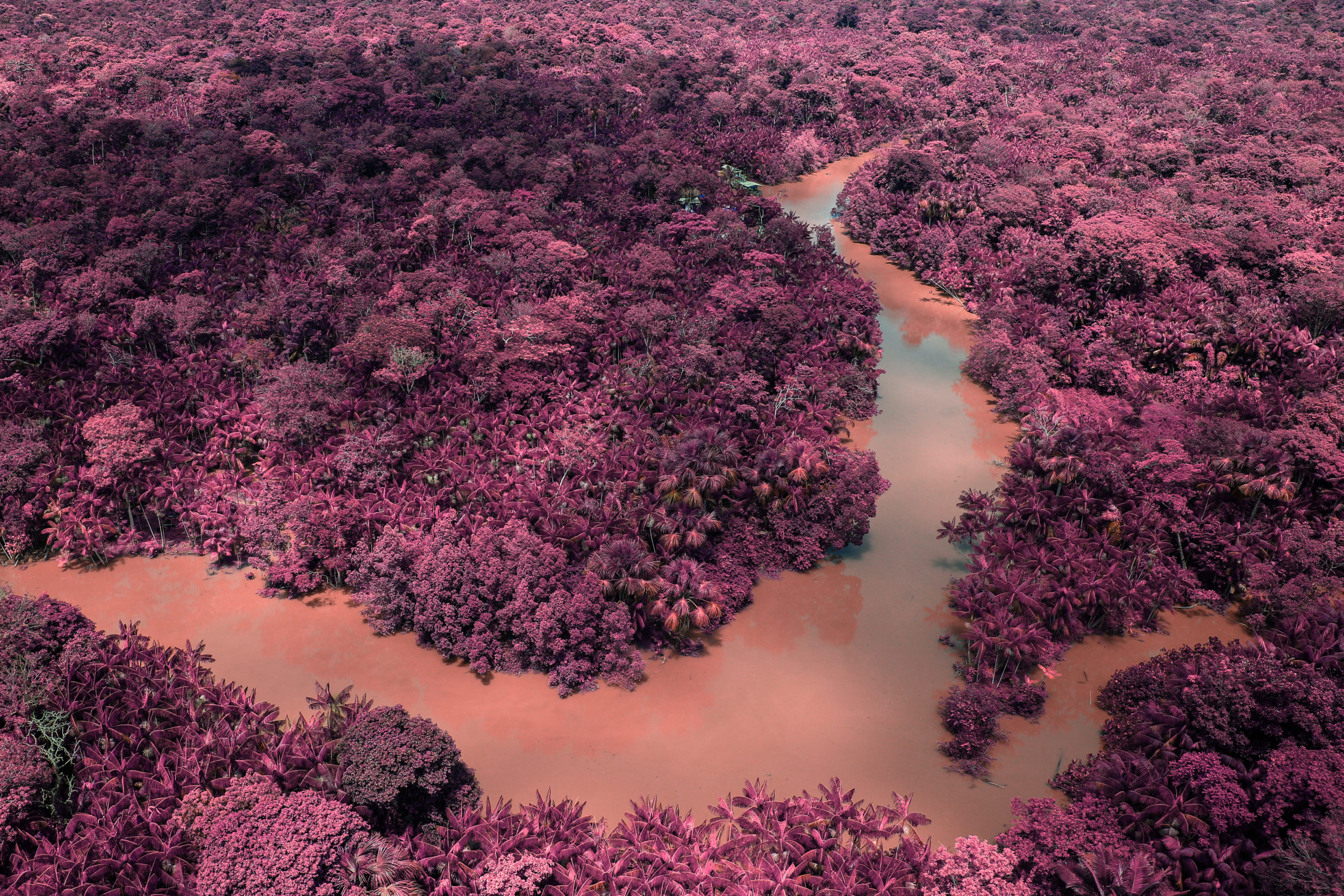 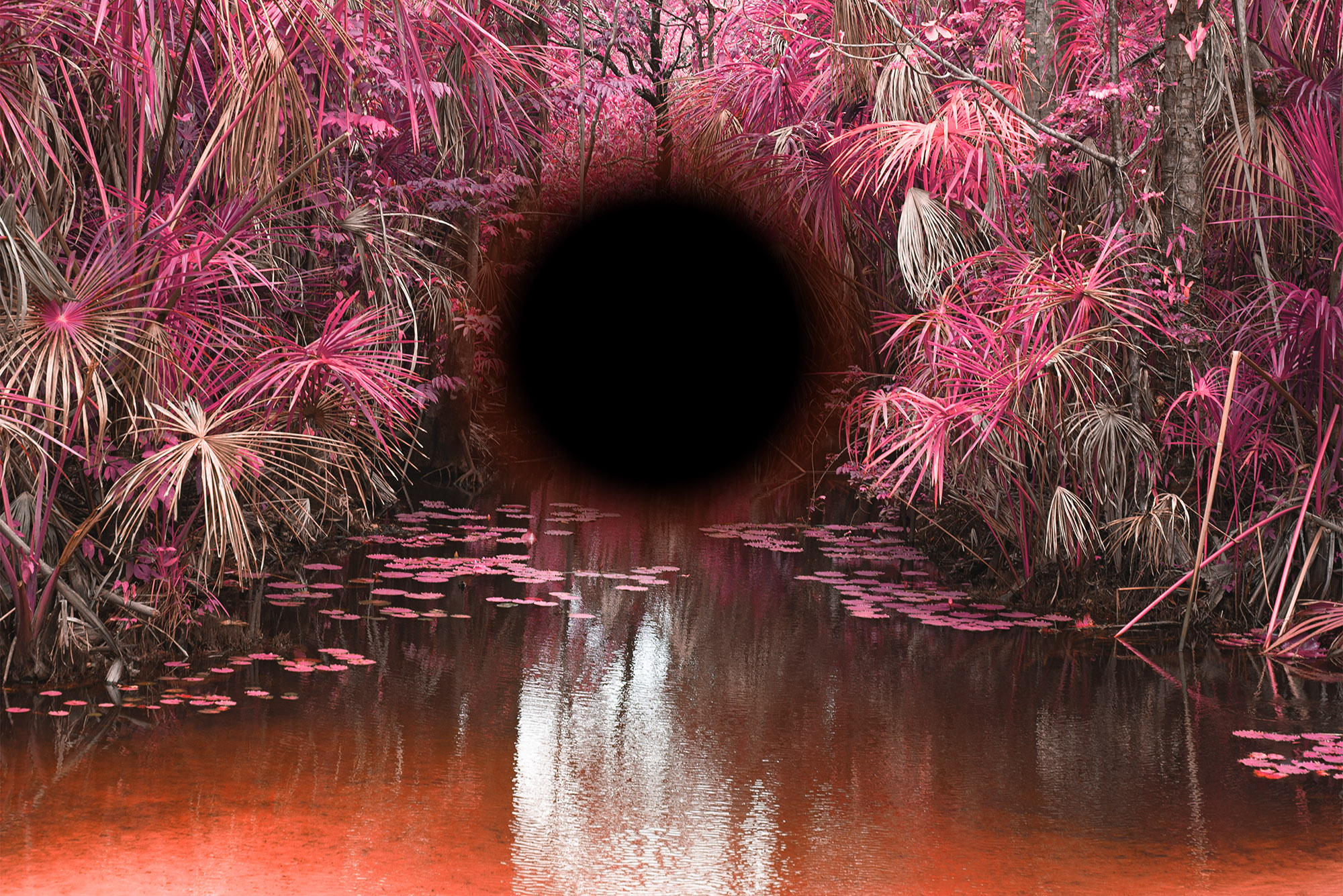 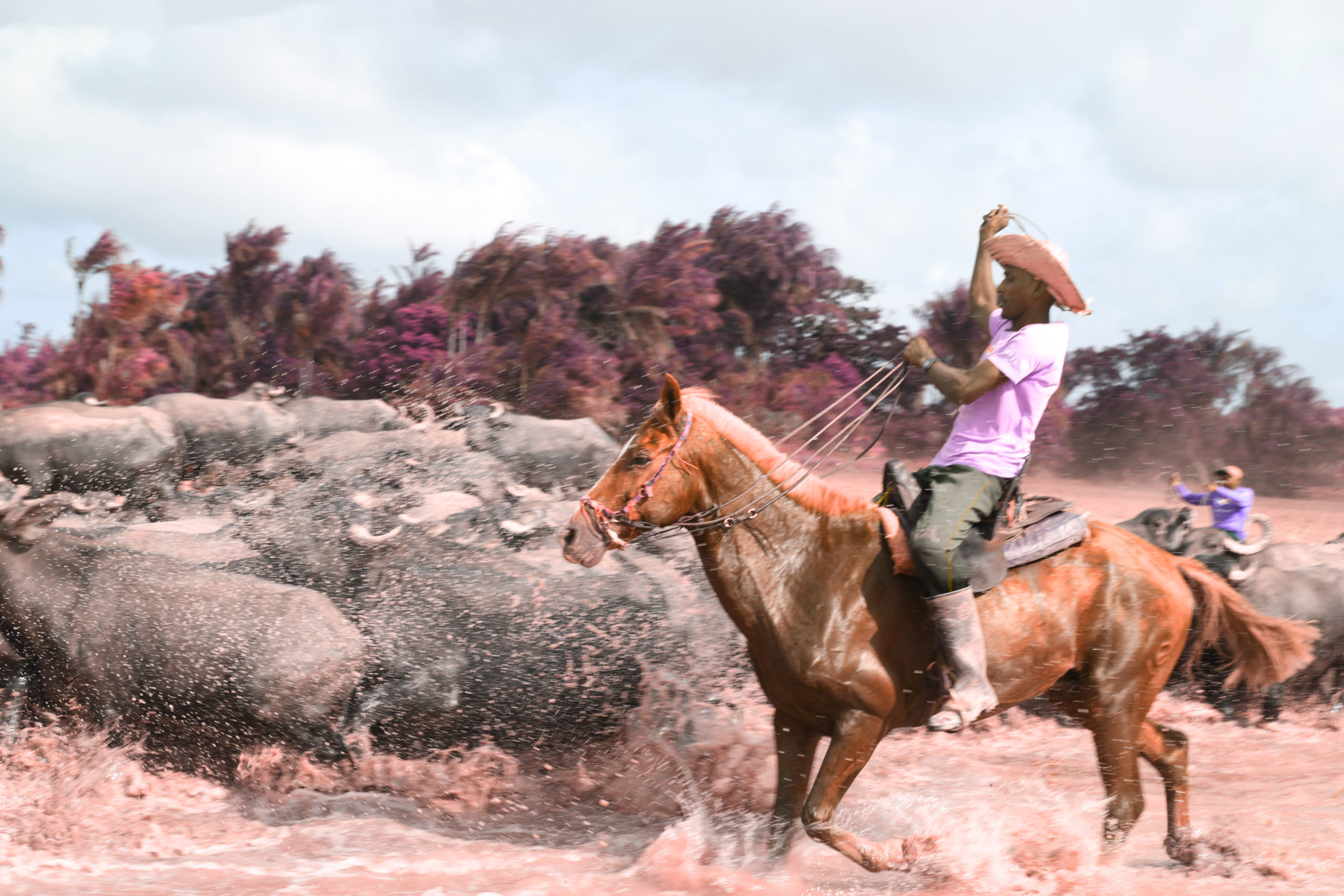 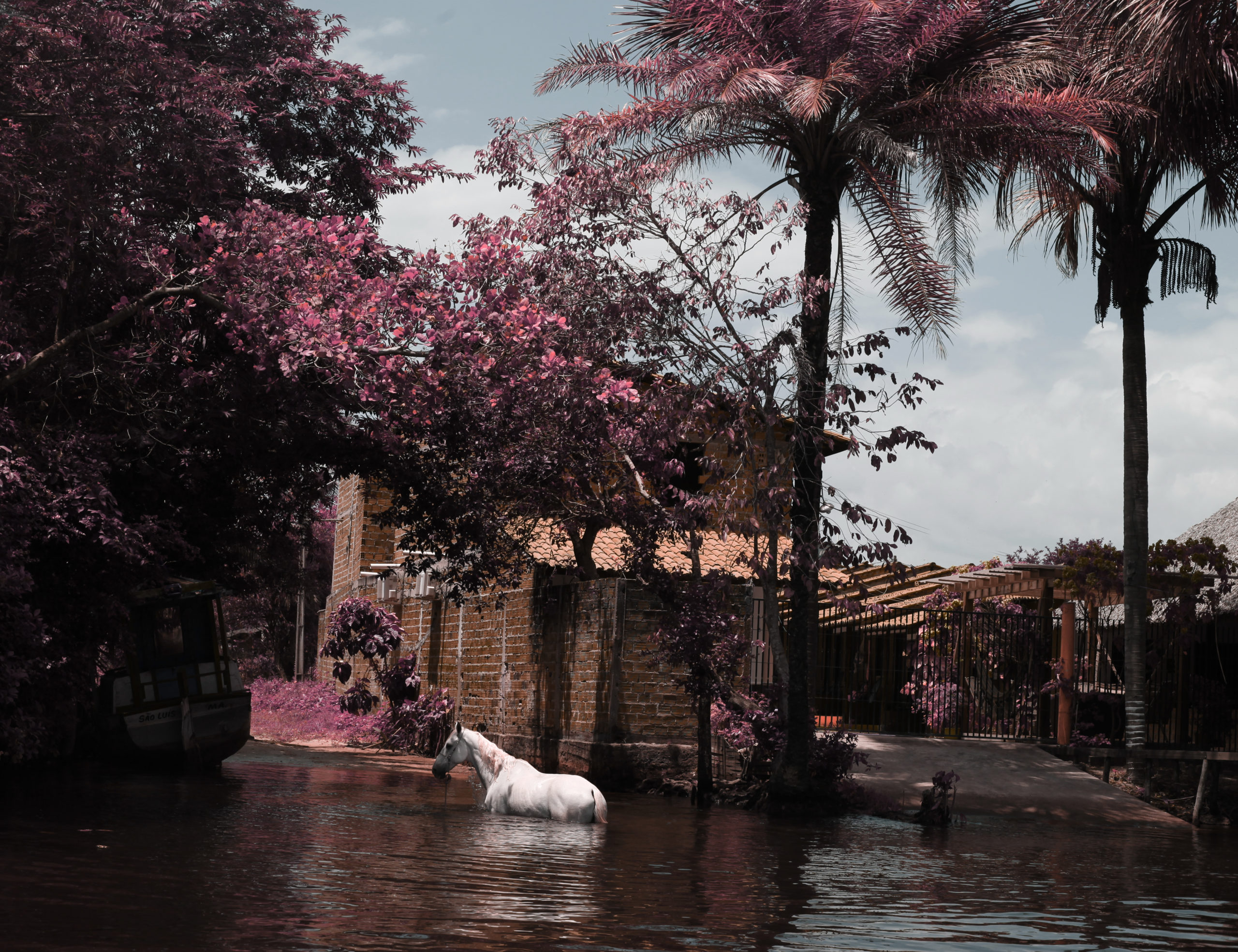 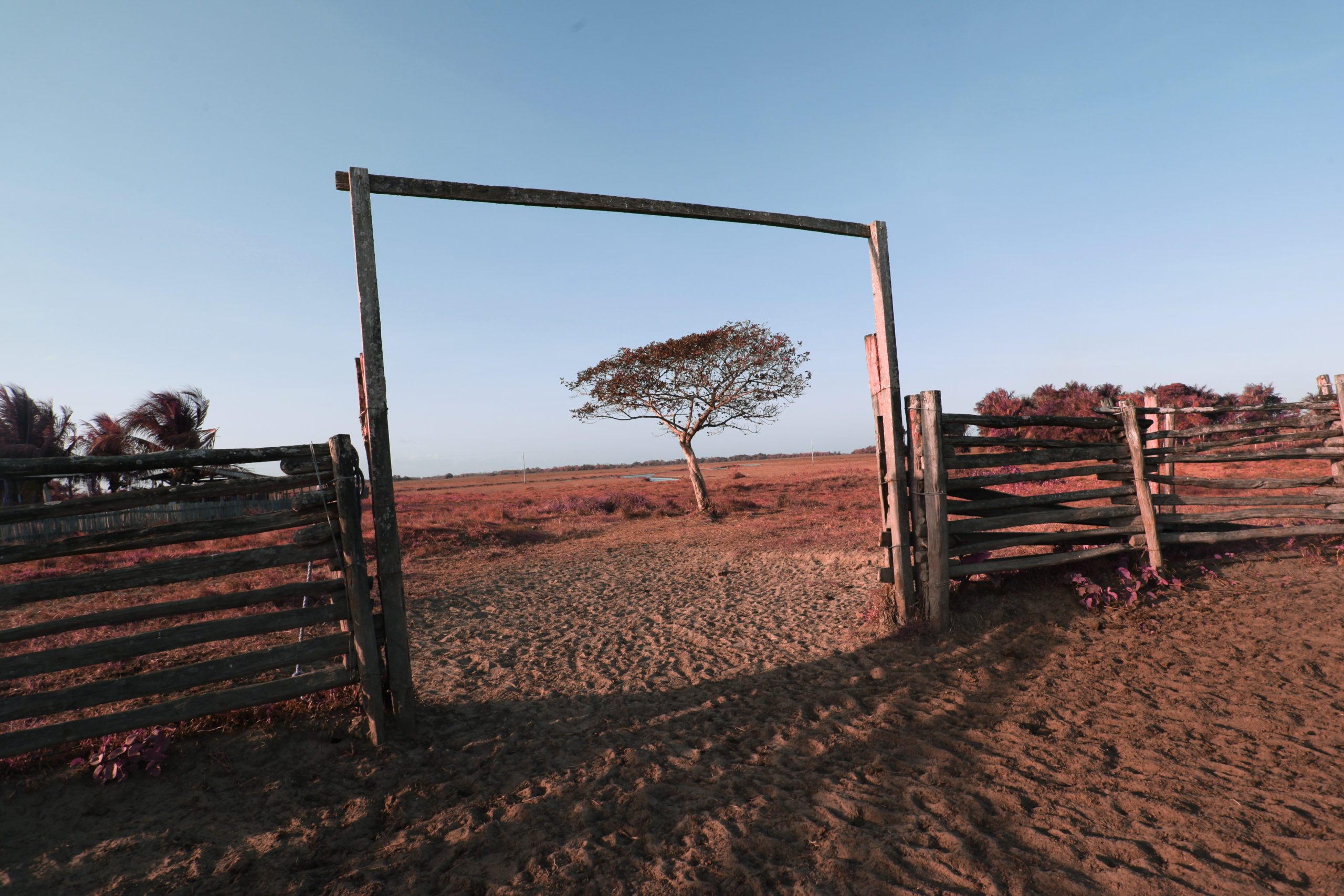 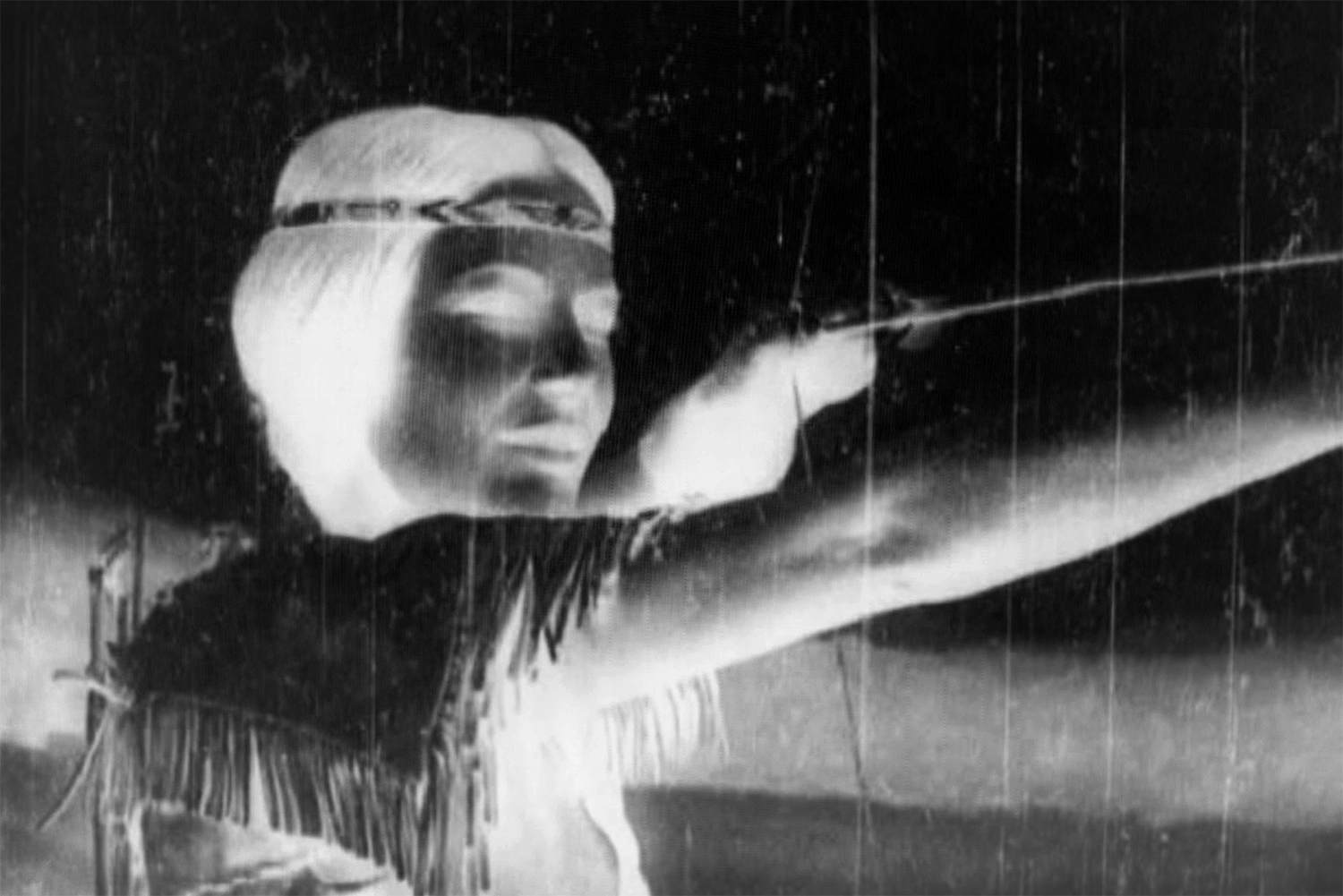 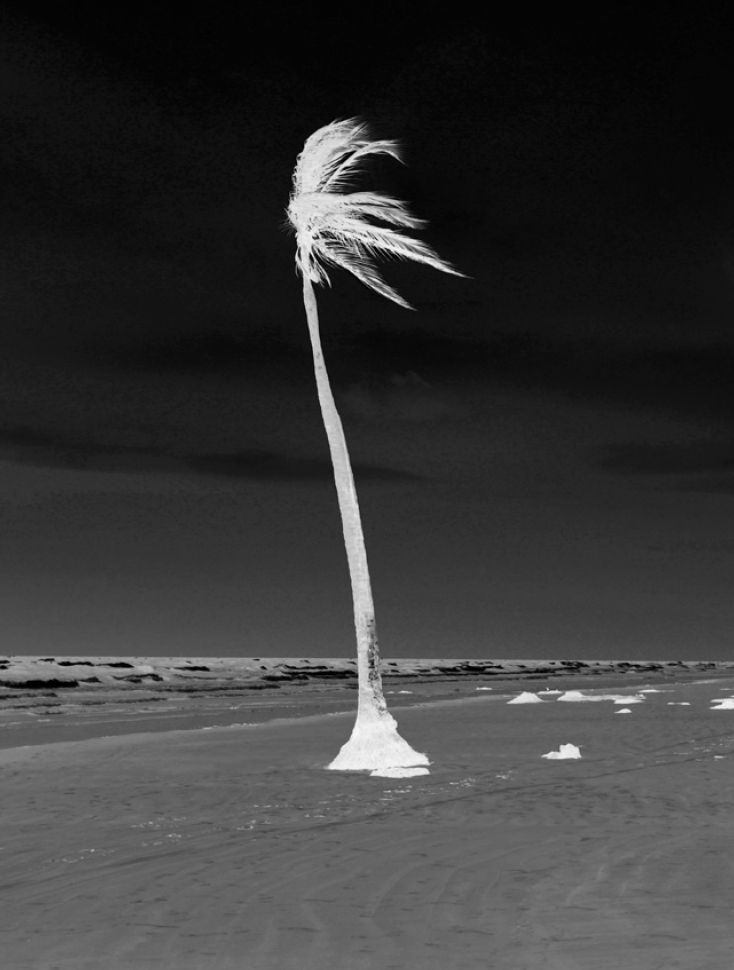 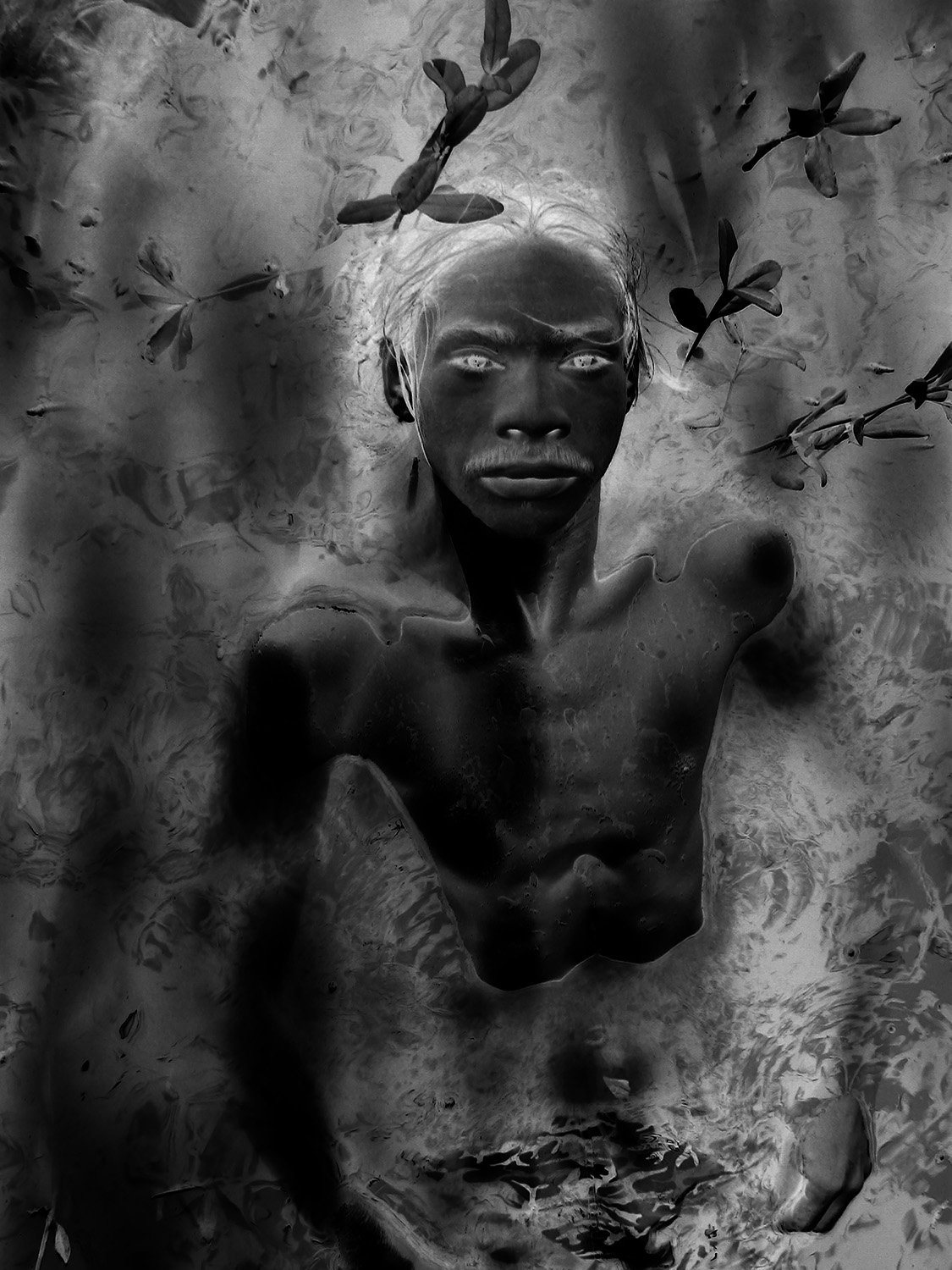 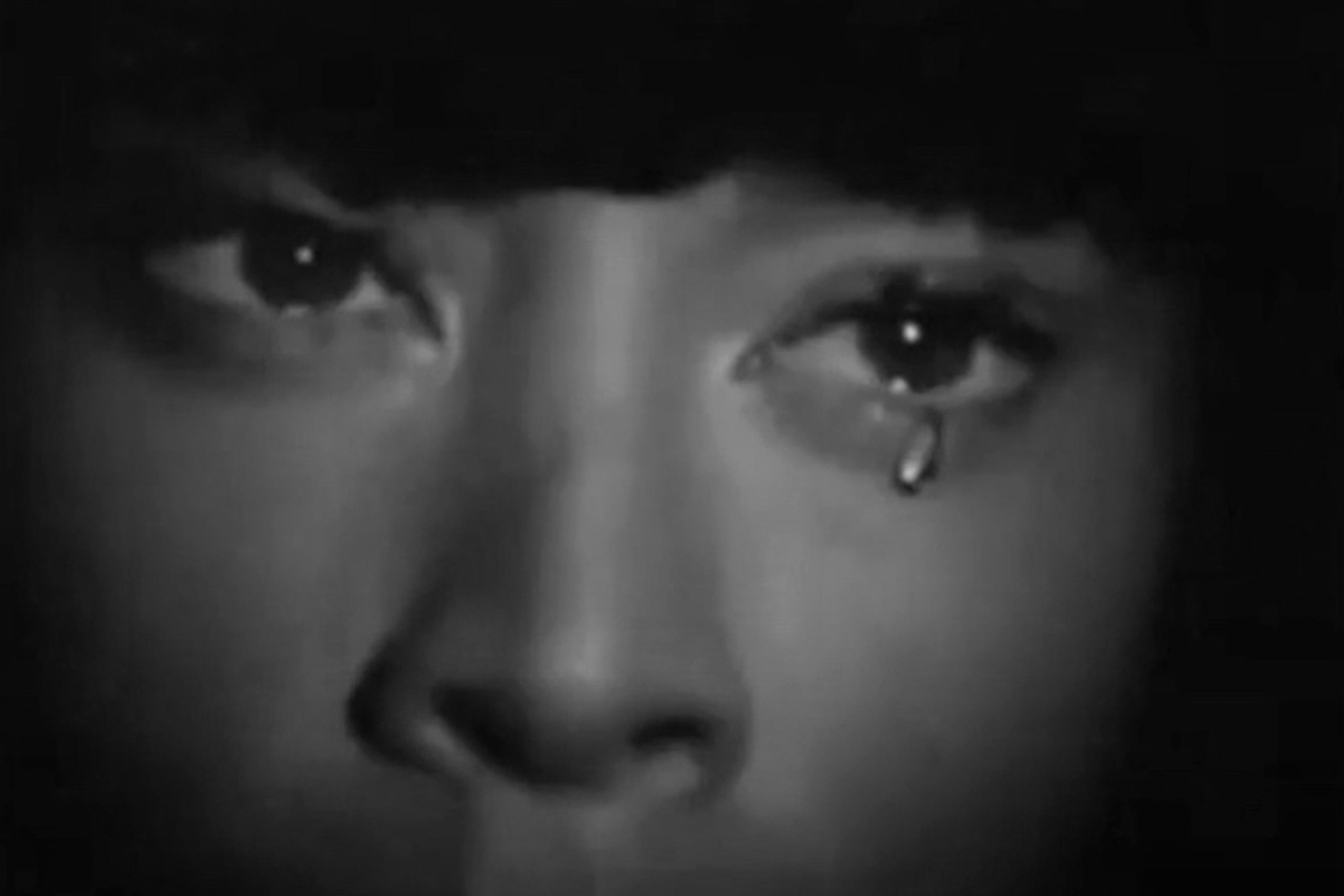 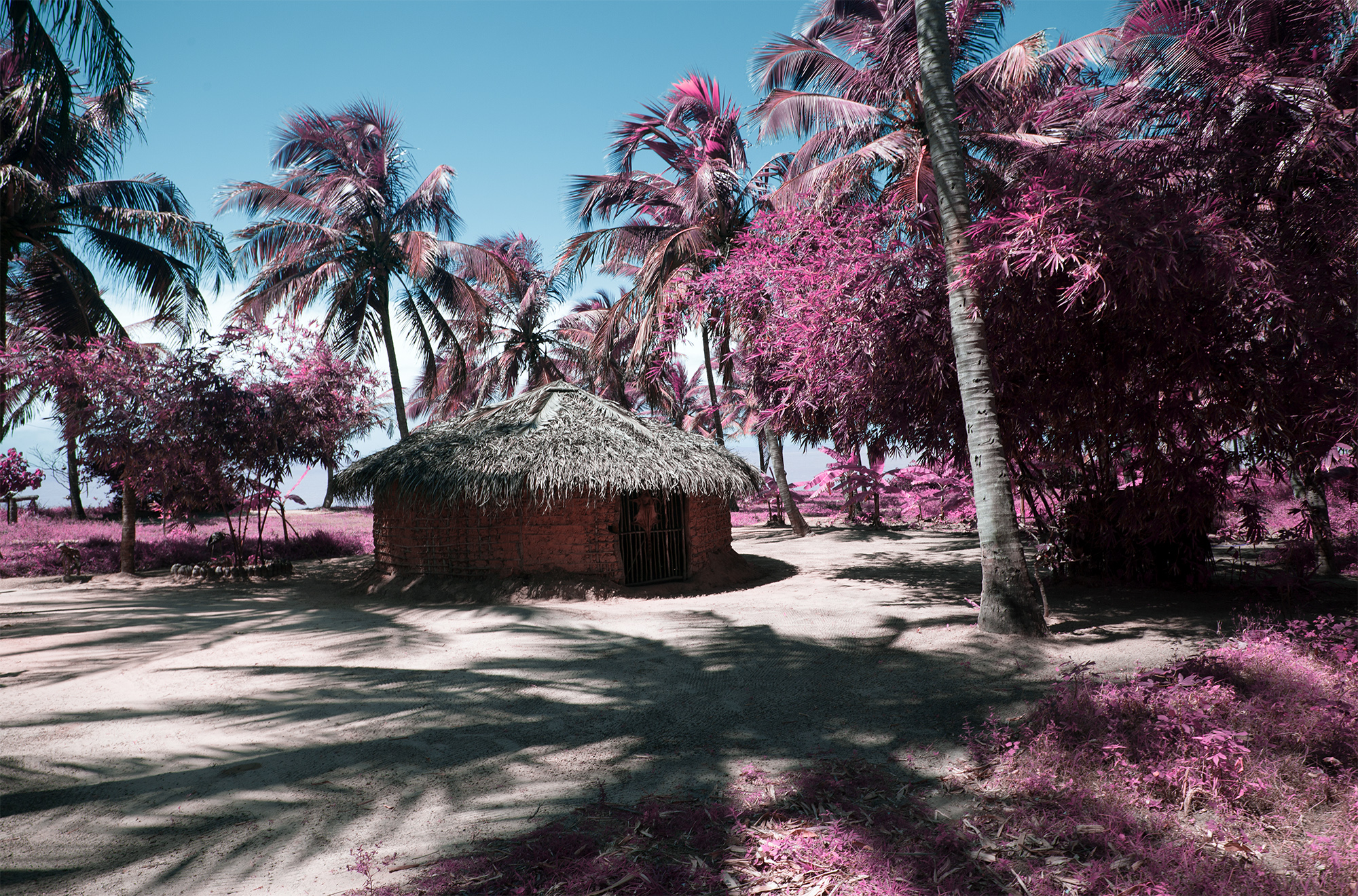 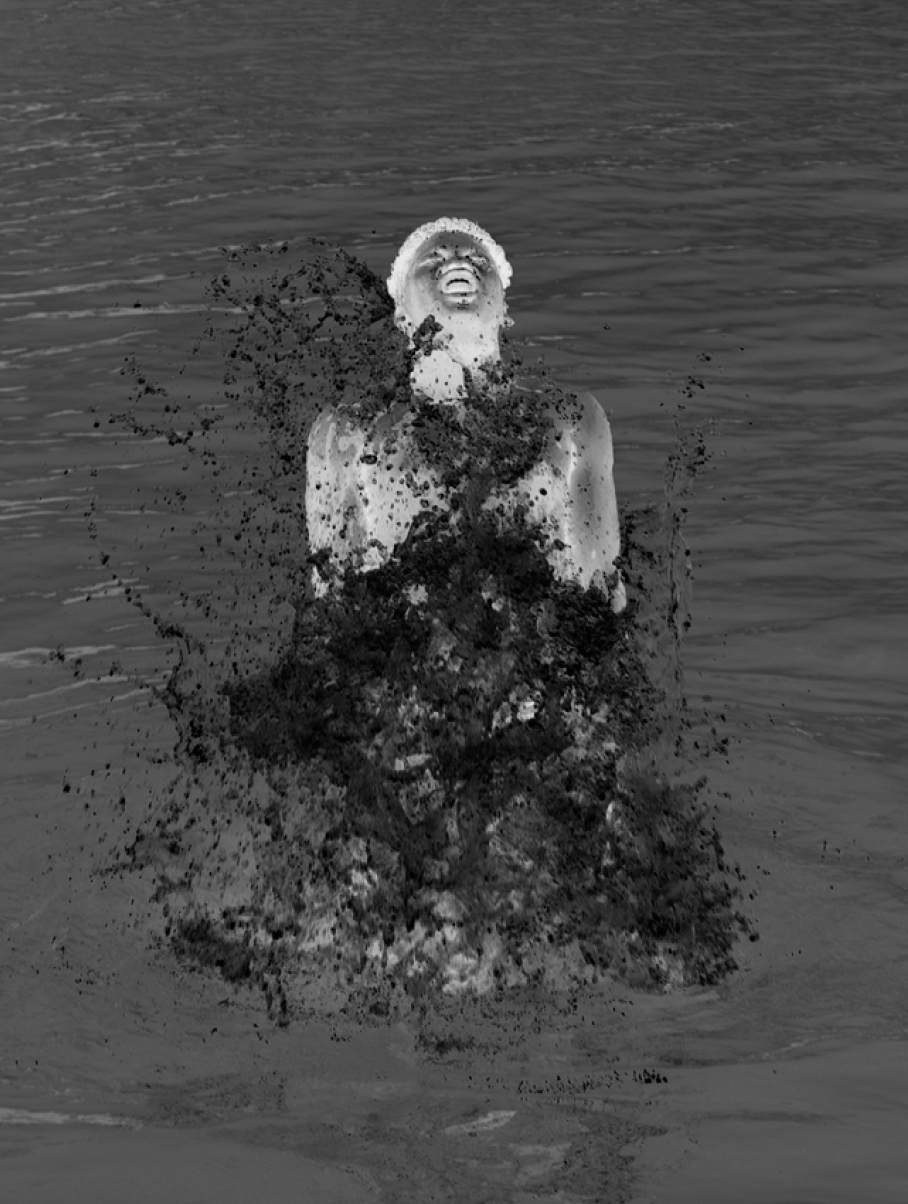 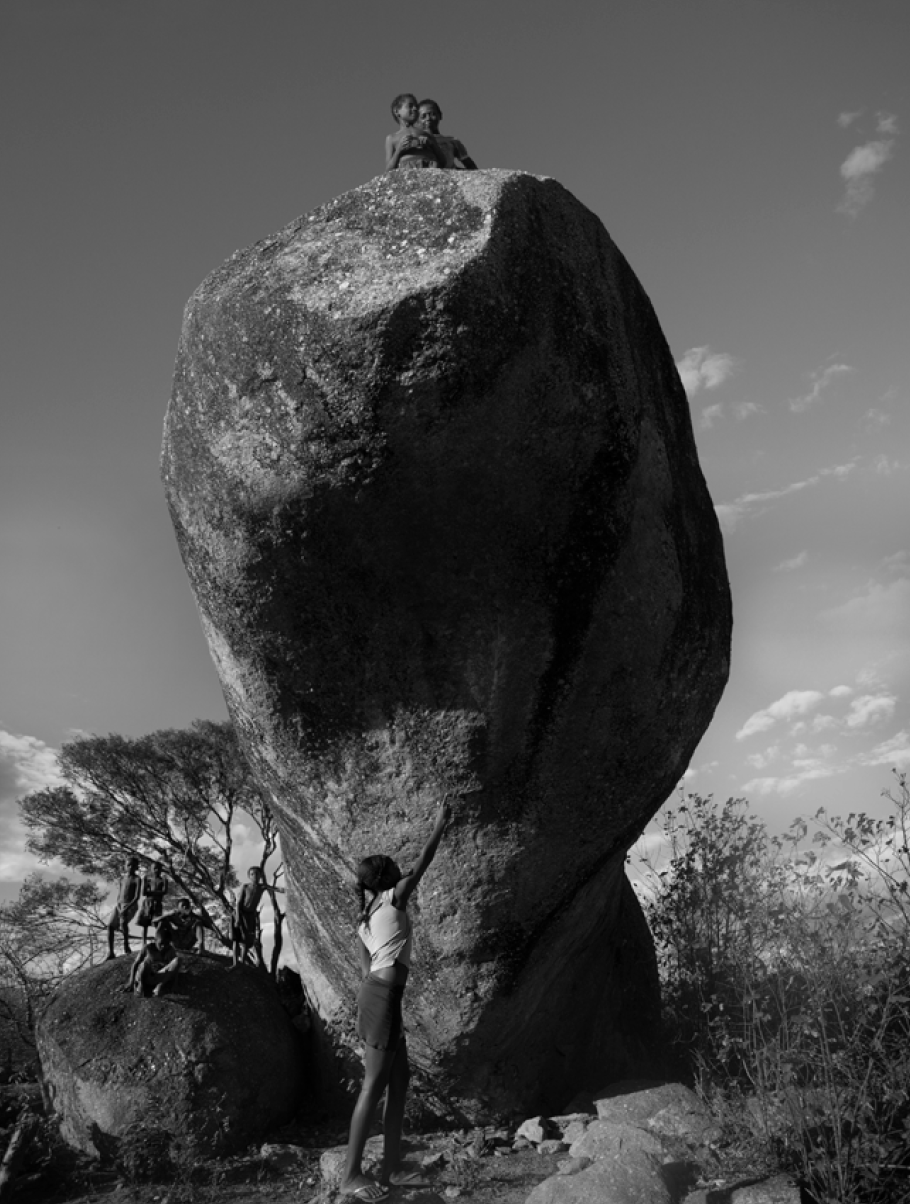 TRANSA: Ballads of the last sun 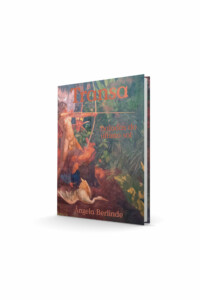 ‘TRANSA: ballads of the last sun’, a book by Ângela Berlinde, reflects on the rapid destruction of the Amazonian rainforest. It contains, and is inspired by, numerous indigenous myths and tales, such as that of Iracema (“the virgin of the honey lips” in José de Alencar’s 1865 novel). In Alencar’s legend, Iracema is an indigenous woman who symbolizes Ceará (now one of the 27 states of Brazil), while her mestizo son Moacir, conceived with a Portuguese colonist Martim represents the union of two races. Driven by new conquests, Martim in the end leaves, causing Iracema to die of loneliness and a broken heart. 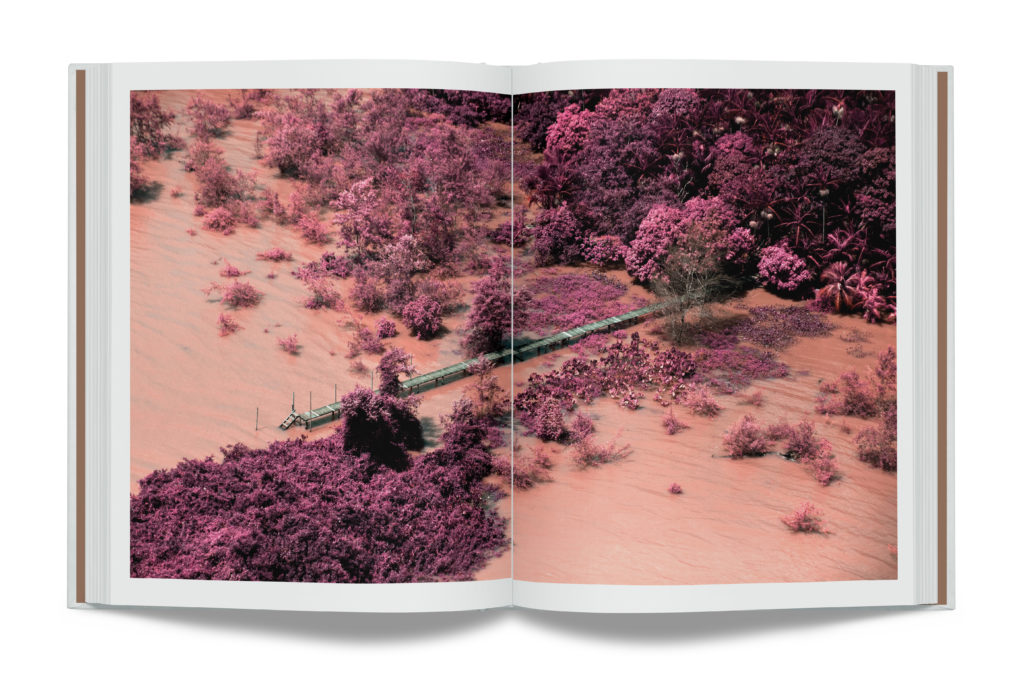 In TRANSA, the myth of Iracema emerges as a theme for reflection on contemporary existence, threatened by “the limbo and brutality of colonial processes.” As intended by the author, it addresses human detachment from nature and the continuous exploitation of indigenous communities and their land. Significantly, the title is ambiguous and has more than one meaning referring to either sexual intercourse, clever negotiations or a business agreement. Clearly, in the context of its colonial (ongoing) history, Brazil finds itself confronted with the vulgarity of how its indigenous people have been – are being – treated. 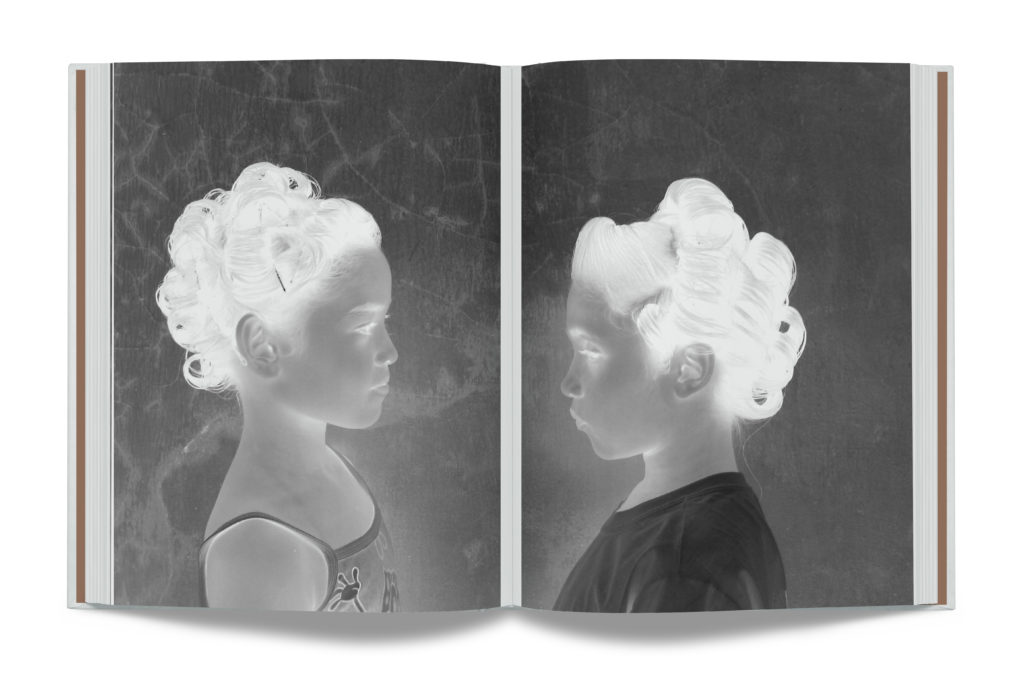 The hybrid layers of the book and the assortment of various paper types turn the act of flipping the pages into more than just an aesthetic experience. Inside, there is a large variety of visual materials ranging from aerial landscapes, black and white and documentary images to graphic novel illustrations. Some of Berlinde’s images are captured on infra-red film, turning all greens of the forest into reddish and pink hues. She also includes photographs in their negative version, specifically depicting the local inhabitants and their surroundings. This approach can be said to connote the threat of extinction where the bright colours refer to the forest seemingly being on fire, whereas the ashy colours represent the already burnt Amazonian land and vanished cultures. 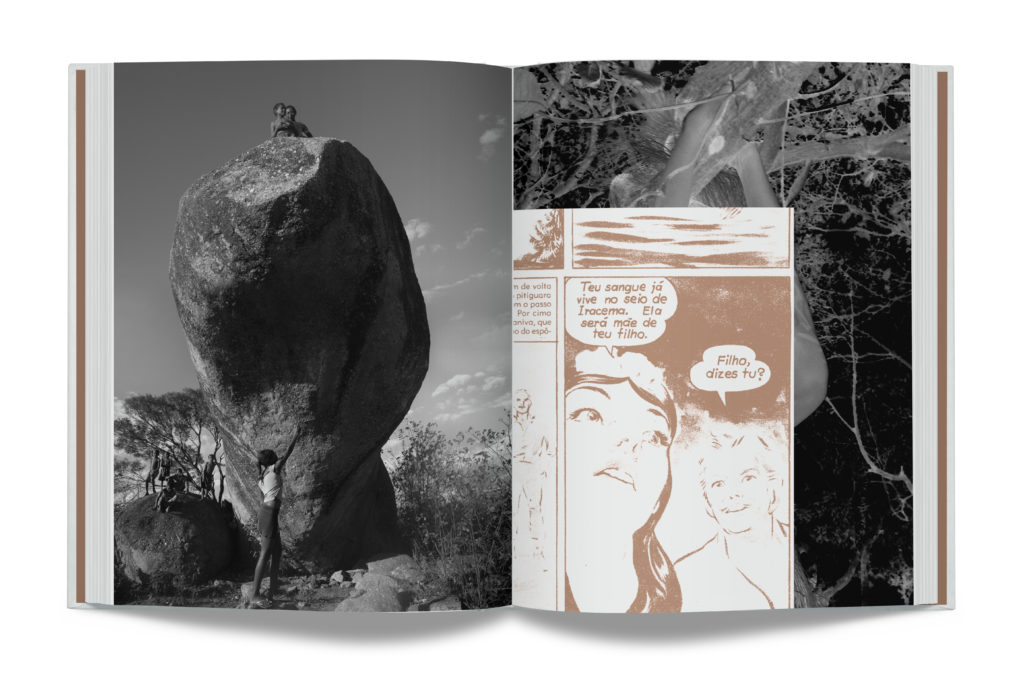 As contributing writer Veronica Cordeiro notes, Berlinde’s work is “at times documentary, at times anthropological, and increasingly driven by an affective, sensitive and poetic gaze.” Indeed, Berlinde’s work is on the verge of mundane reality and a more mythical take on life, and it is even embedded in a sense of activism, as ‘TRANSA’ is also to be understood as an open invitation to reconnect ourselves with nature, as a statement to resist the status quo. In this way, photography is applied here as a tool of resistance where the medium’s transformative potential comes to the forefront. 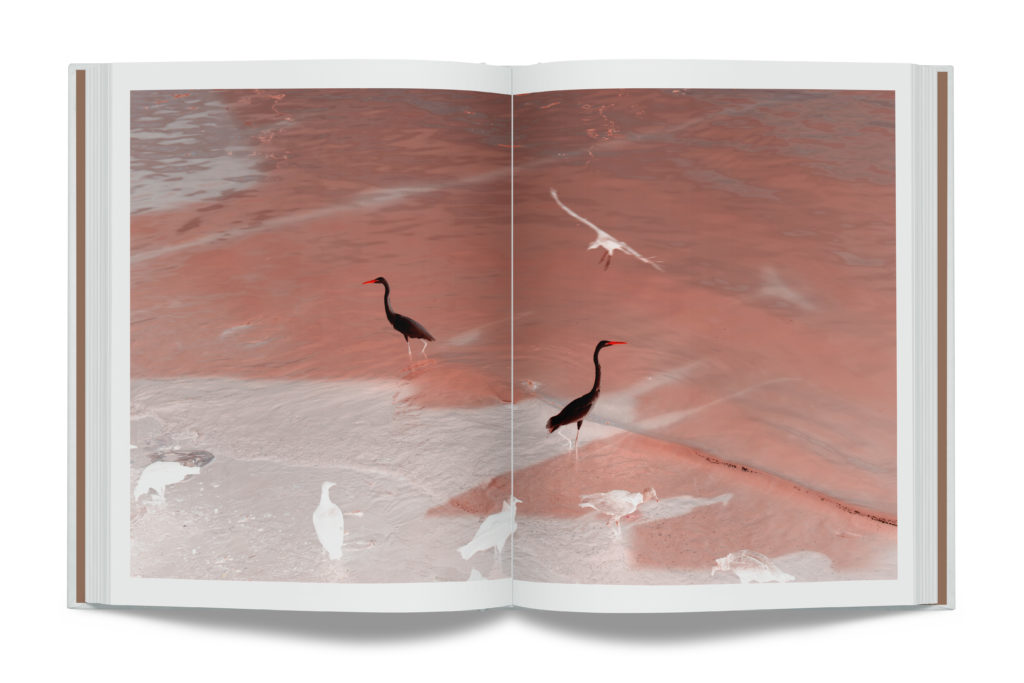 Ângela Berlinde (b. 1975, Portugal) is an artist and independent photography curator who has a PDH in Photography and Visual Communication (Universidade do Minho, Portugal) with a specific focus on the Indigenous communities of Brazil. Her visual work is multidisciplinary, intersecting the media of photography, painting, cinema and literature in addition to being strongly connected to her research practice.

‘TRANSA’ includes a text by the author, poem of Aílton Krenak (Brazilian writer and indigenous movement leader) in addition to a curatorial text of Veronica Cordeiro, (Brazilian artist, curator and writer). The book is written in English/Portuguese and can be purchased by sending an email to angelamferreira@me.com.