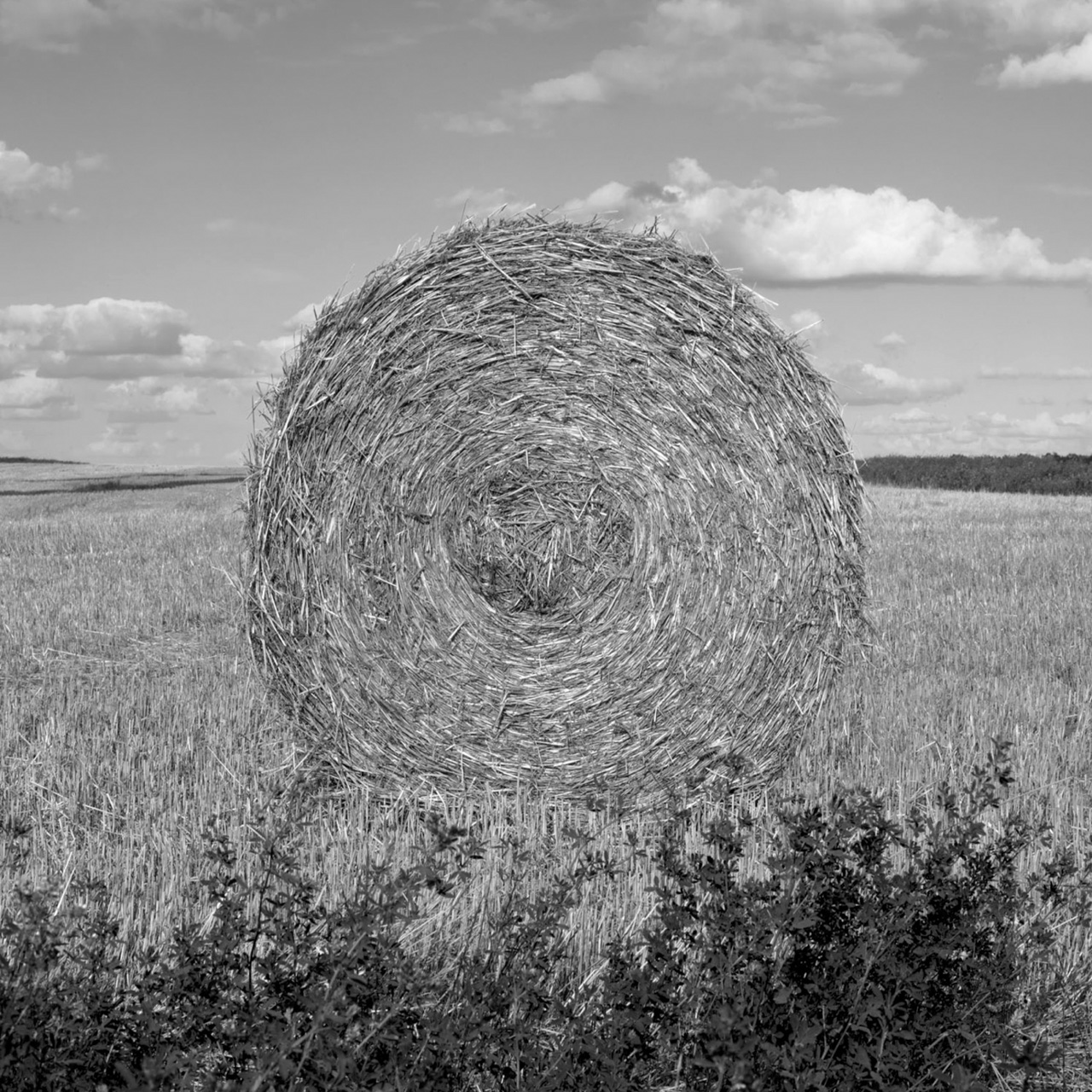 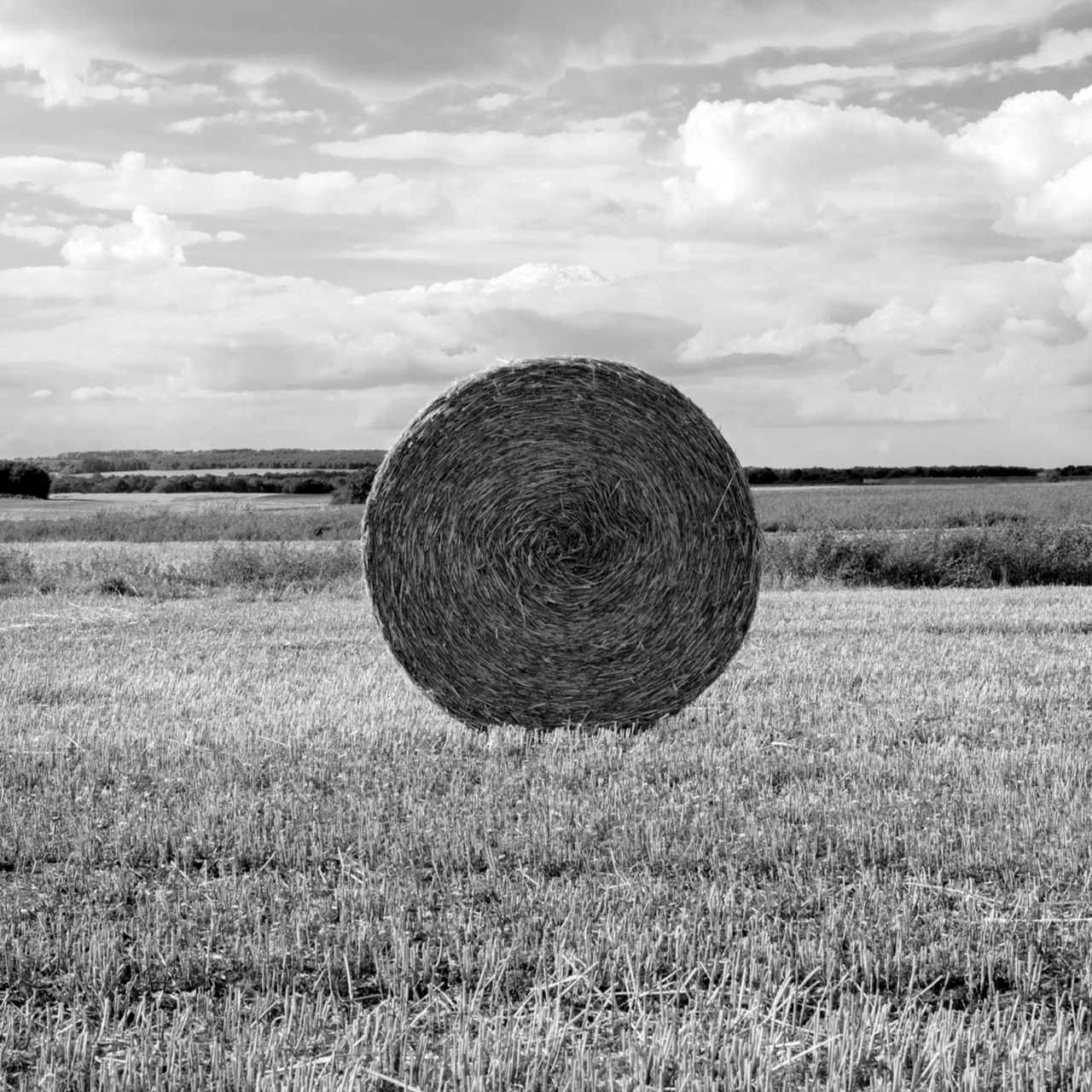 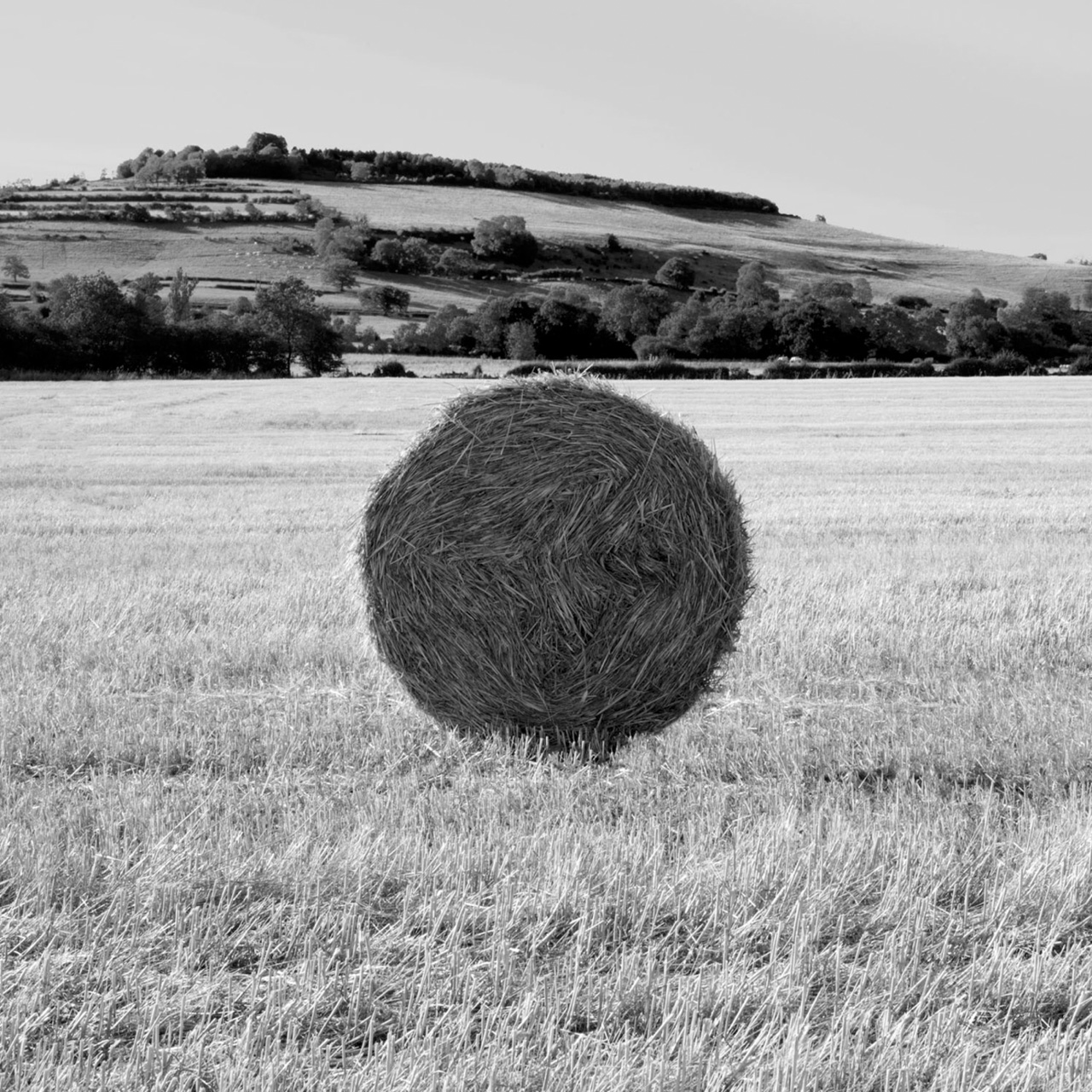 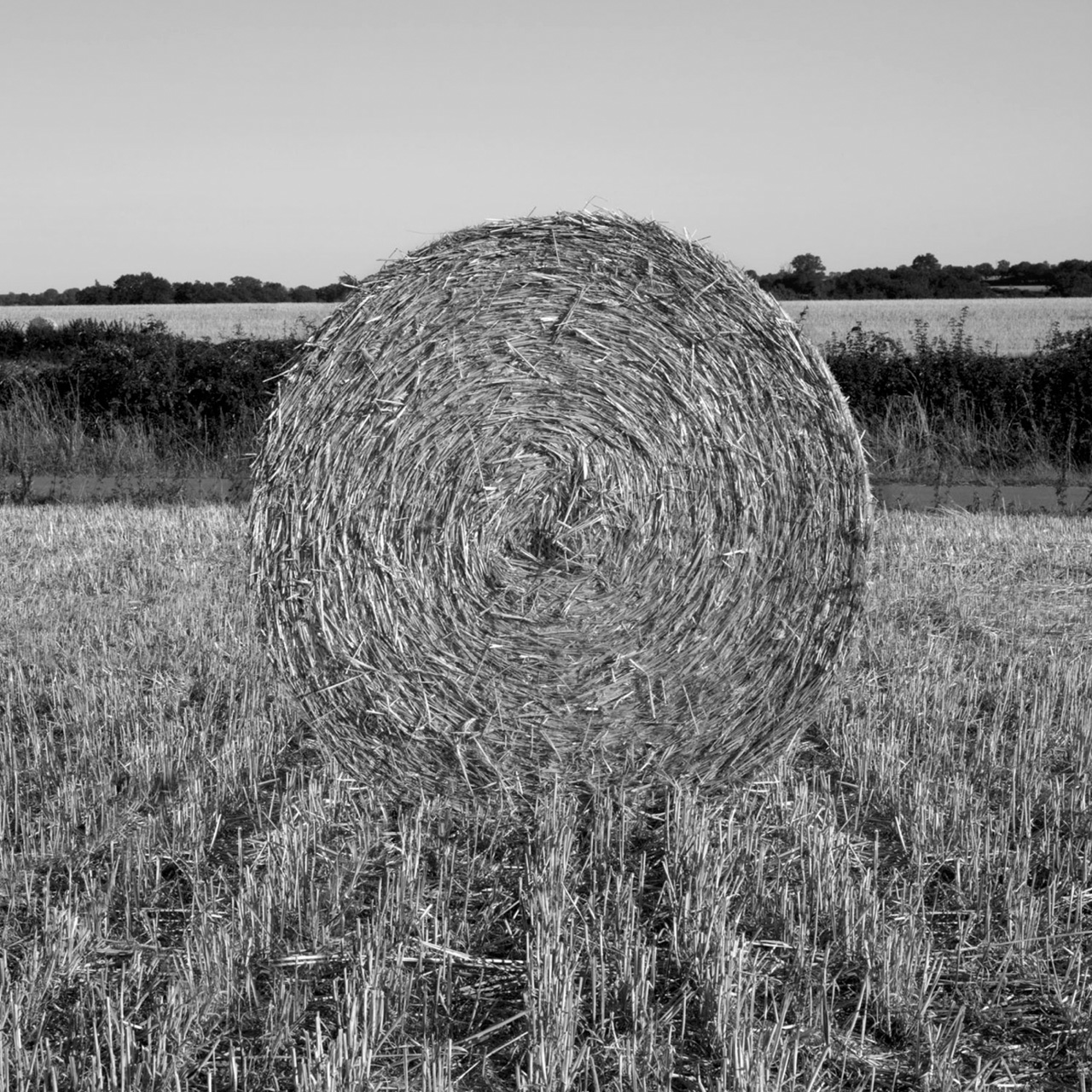 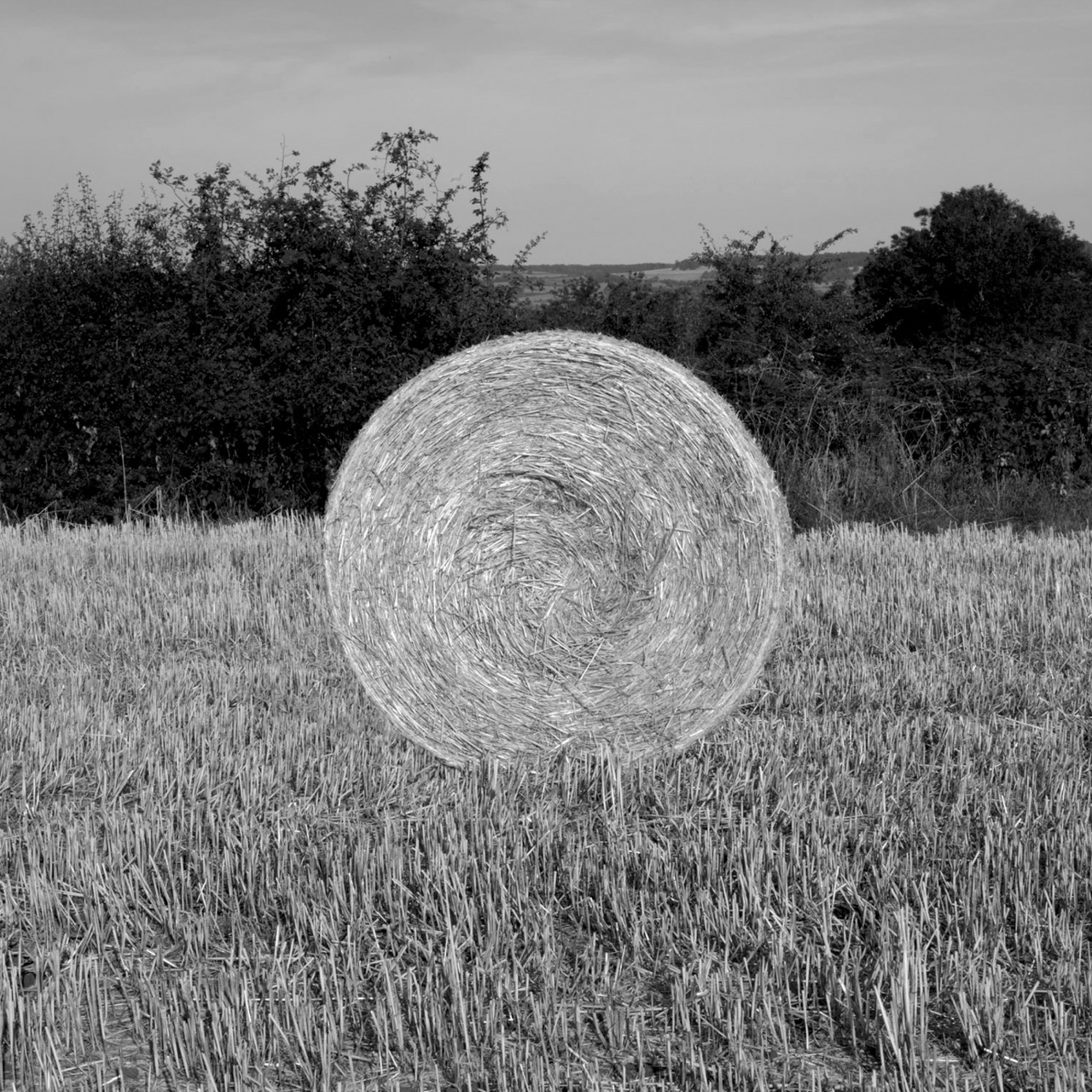 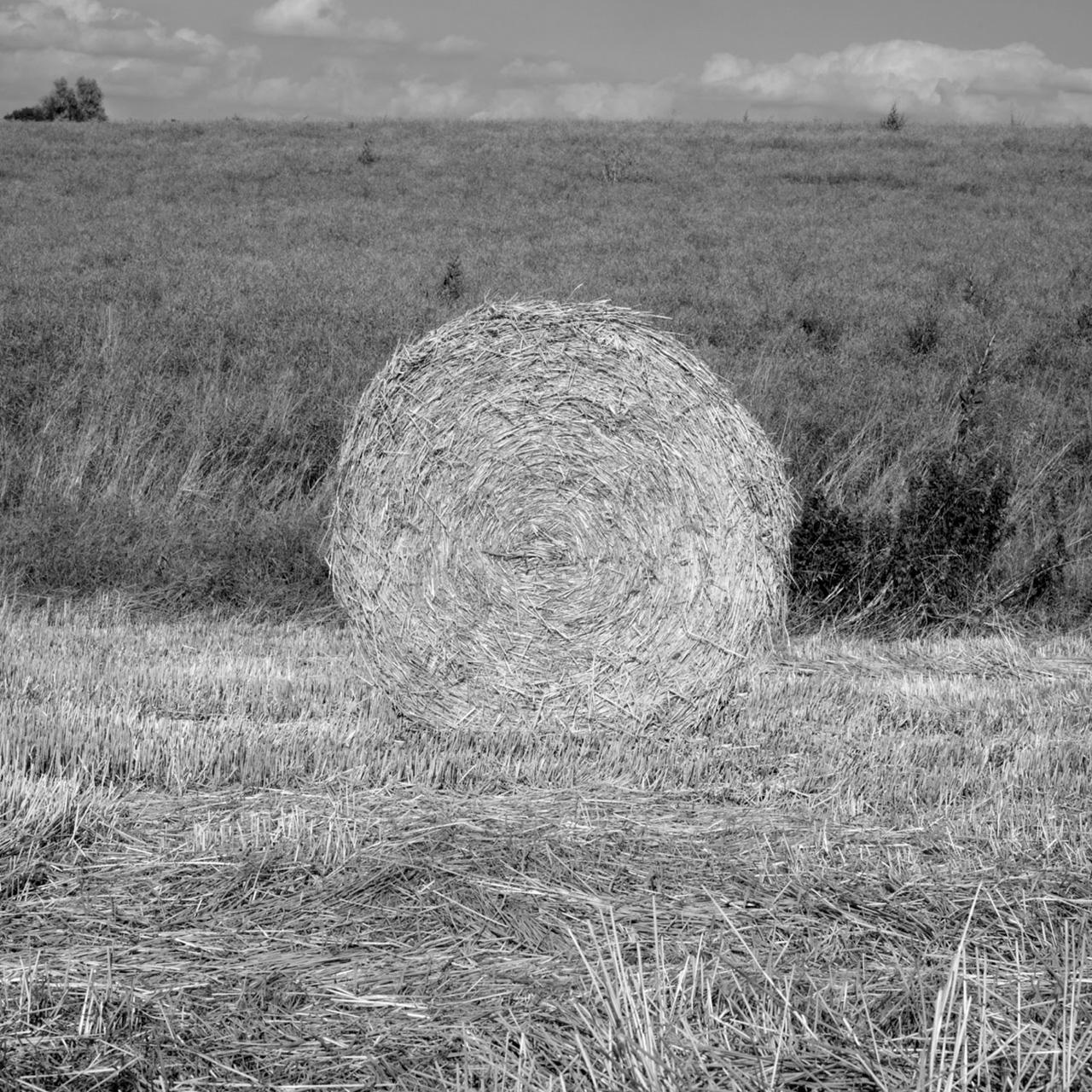 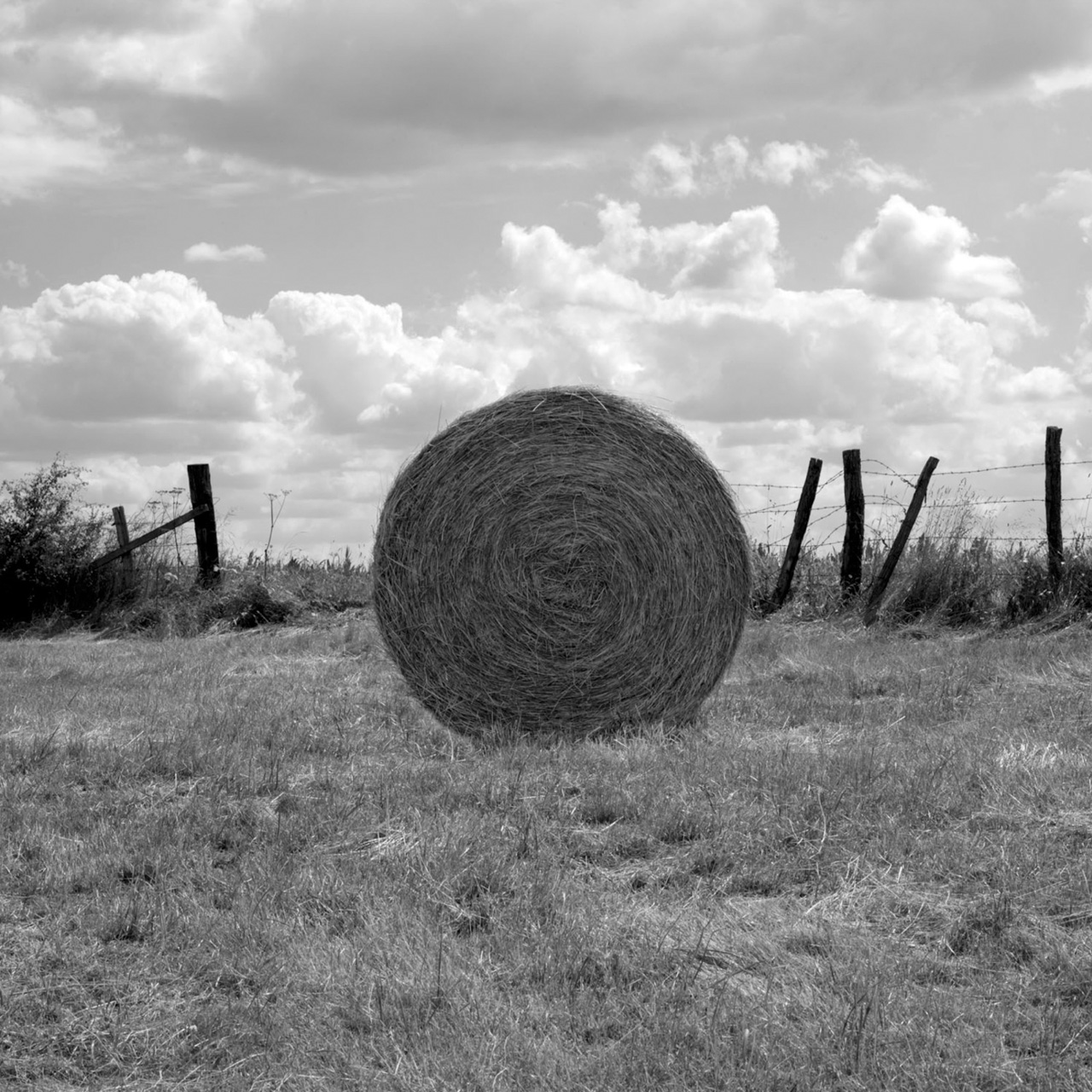 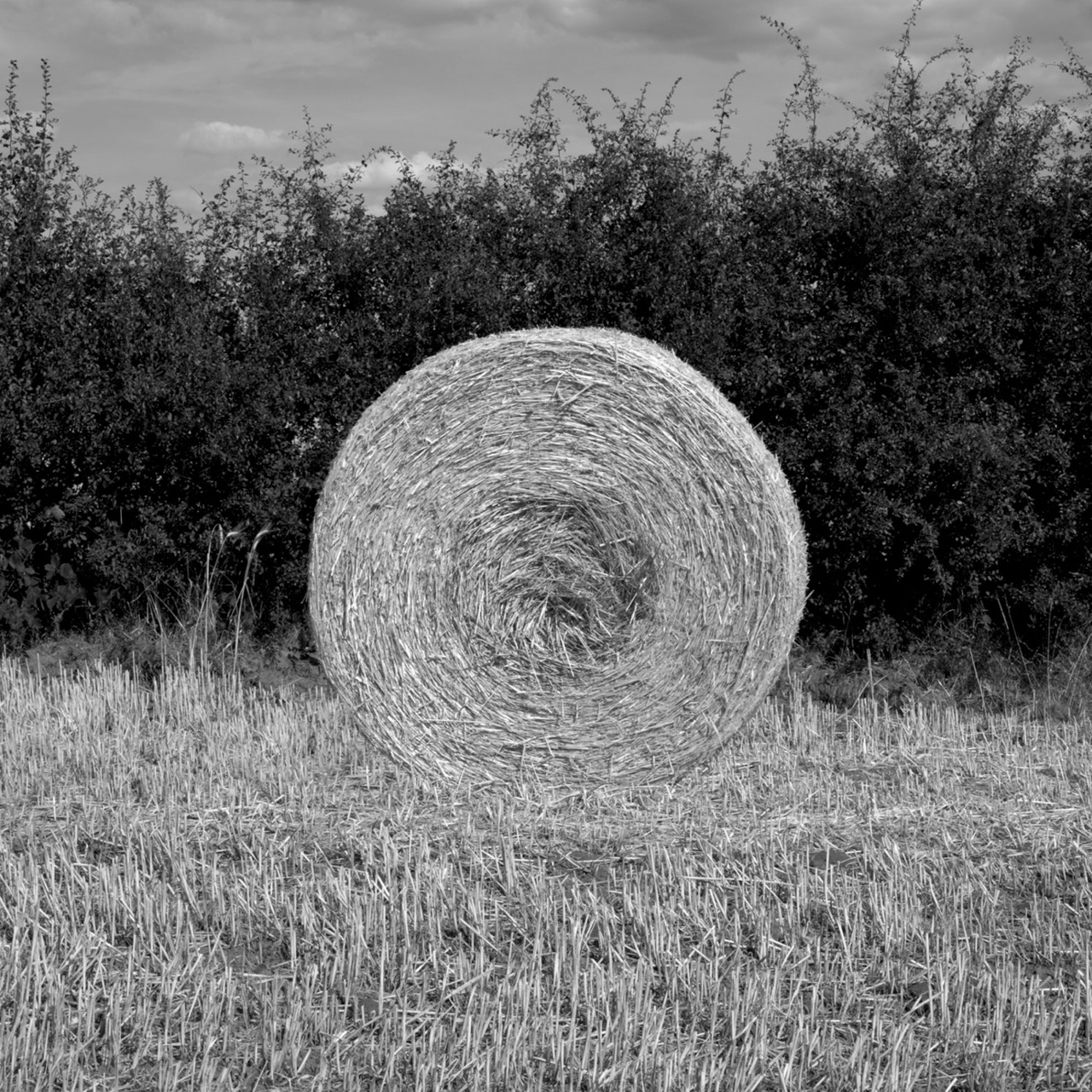 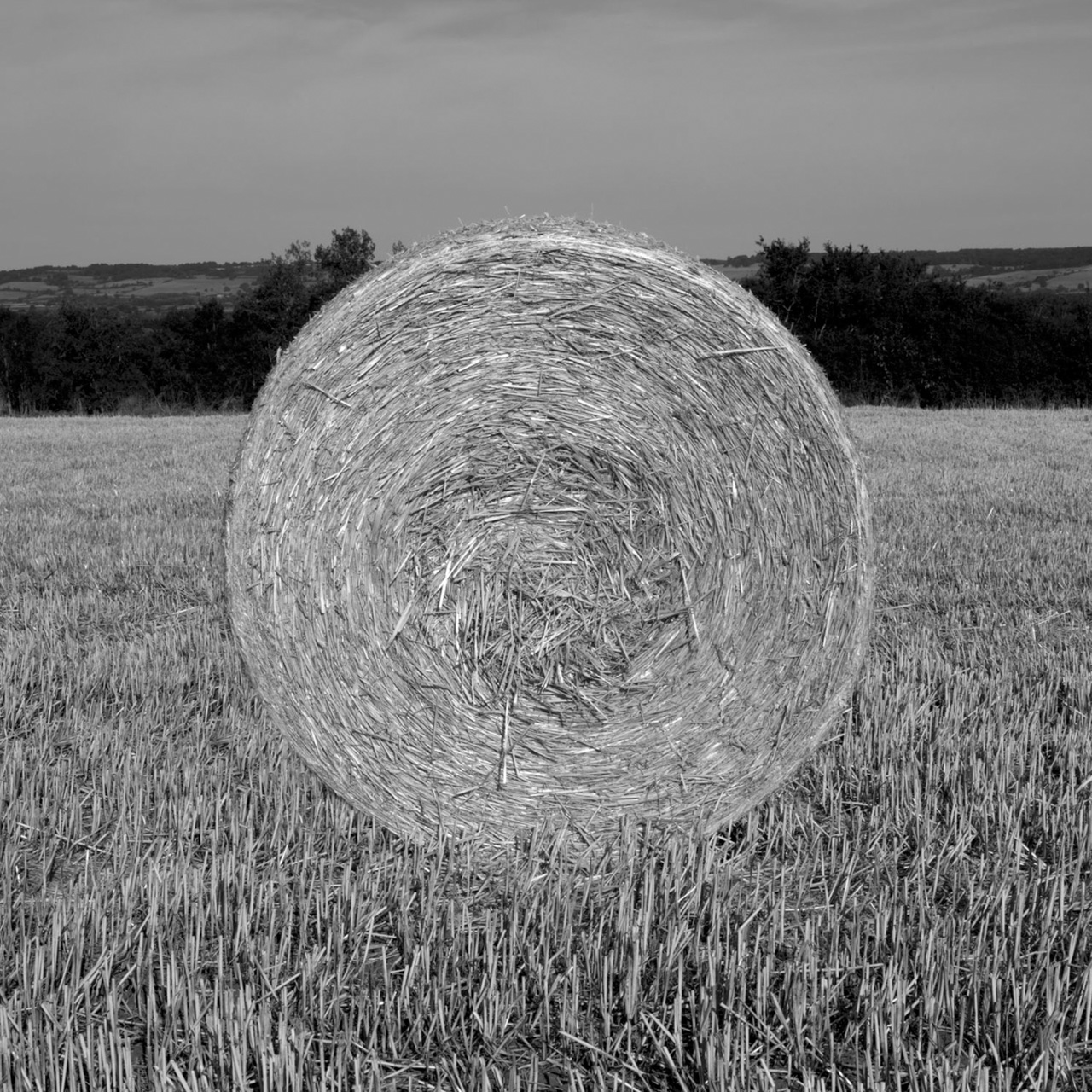 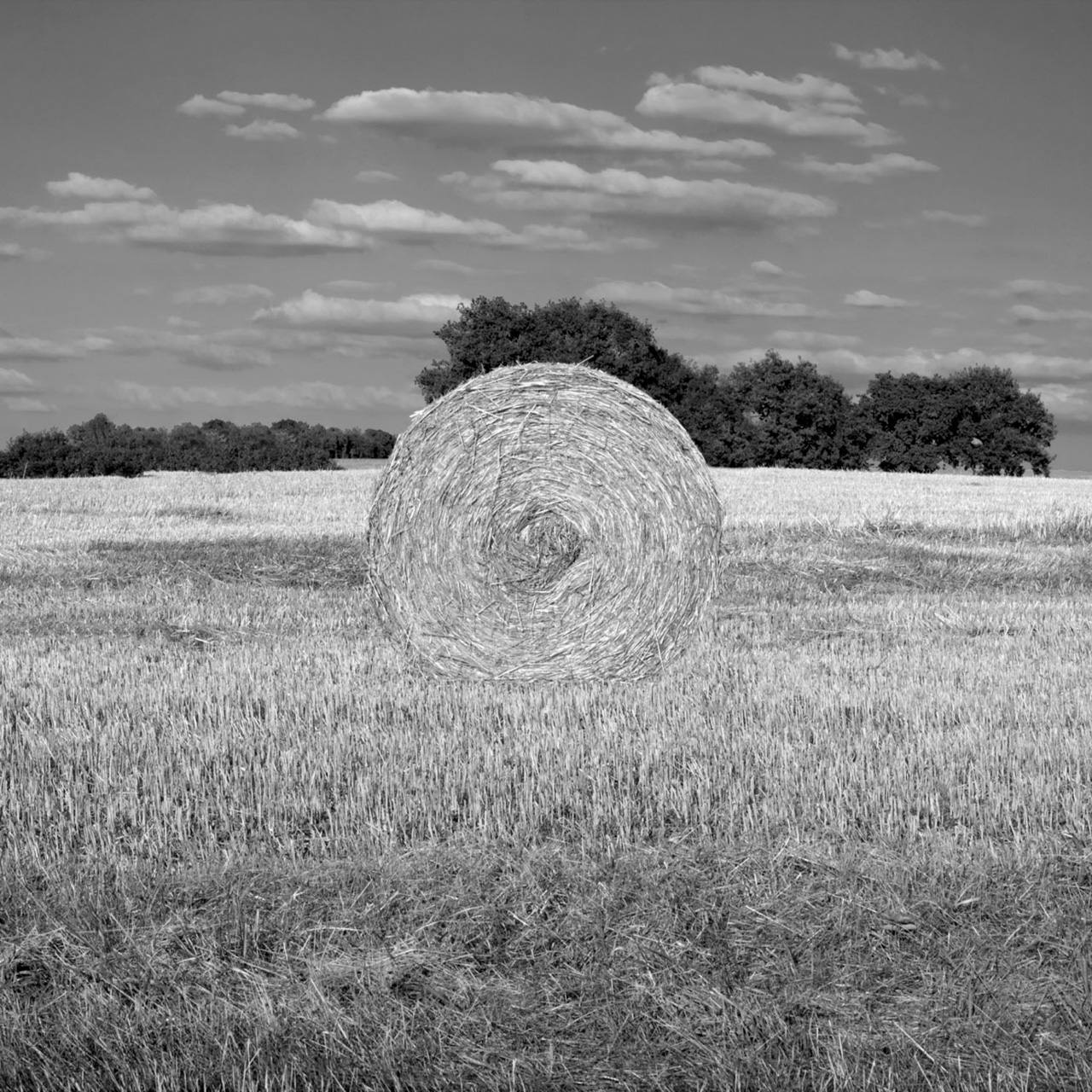 In View Finder, a 2017 series of images from British artist Helen Sear (b. 1955), we see bales of hay in the field rendered as flat geometry. Distinctly rural, yet orderly in their circular precision, the images are calm black and white meditations on nature and form. What is perhaps most striking is the lack of depth displayed in the bales — they’re believably two-dimensional shapes. While shadow and texture gives each one a vivid and individual identity, they do not betray details beyond the surface of their sides. From one image to the next, the size of the bale of hay is portrayed as larger or smaller, but maintains an imposing central presence, both known and mystical.

An exhibition of Helen Sear’s recent work is currently on display at Klompching Gallery in New York until April 28, 2017. The exhibit features 14 photographic artworks selected from three recent series — View Finder, Becoming Forest and Wild Flower Arrangements — in addition to Caetera Fumus, which debuted at her solo show for the 2015 Venice Biennale.