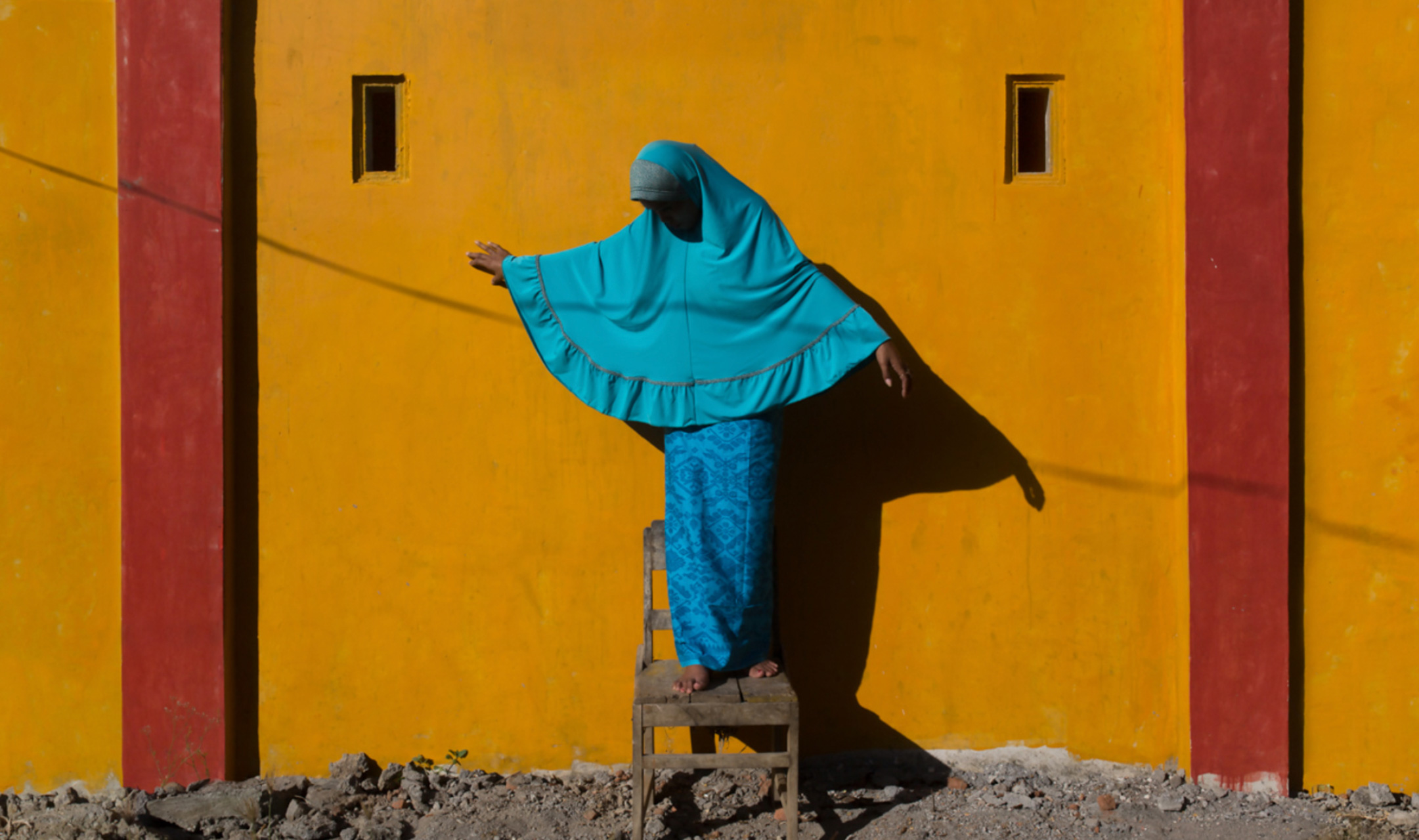 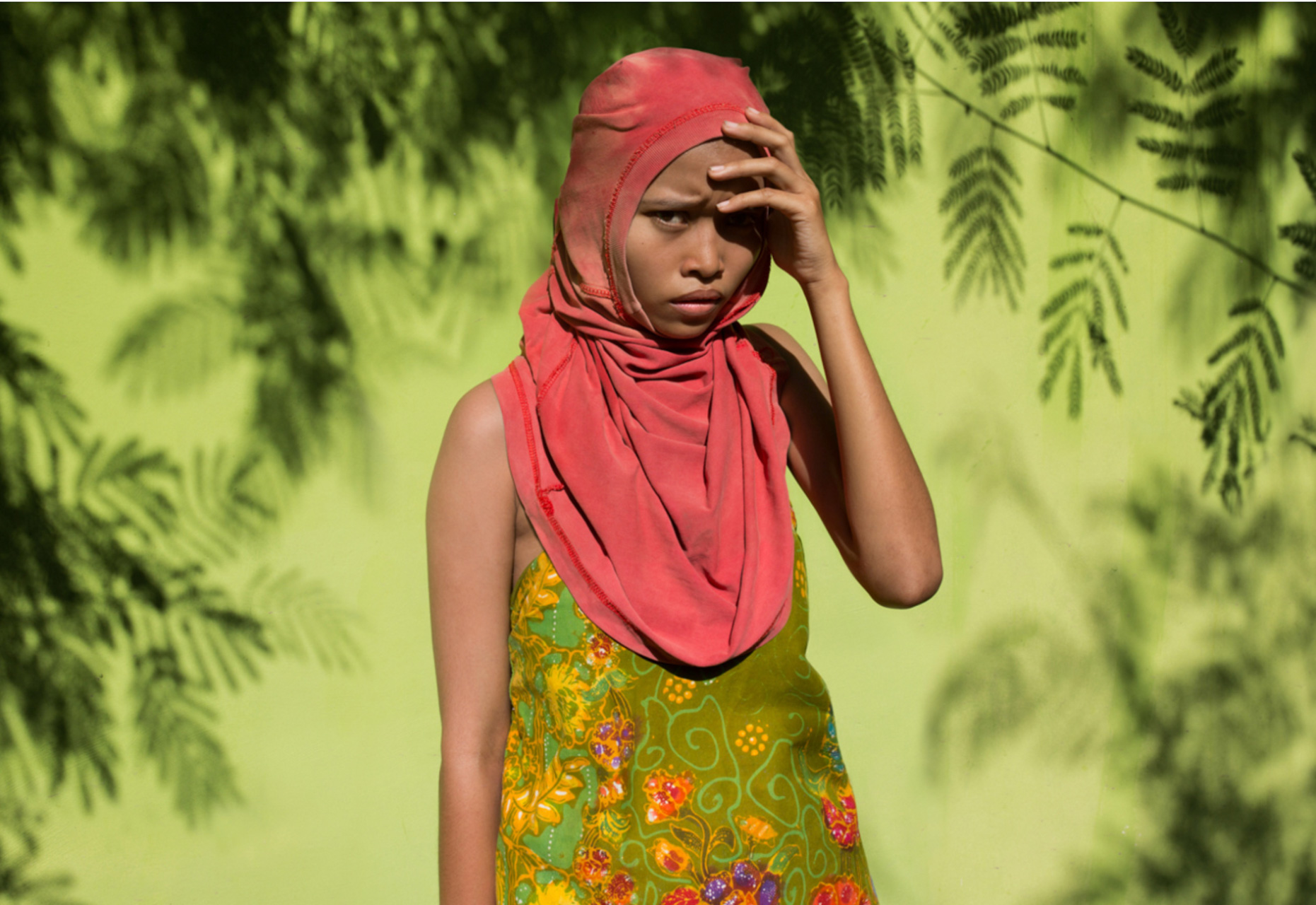 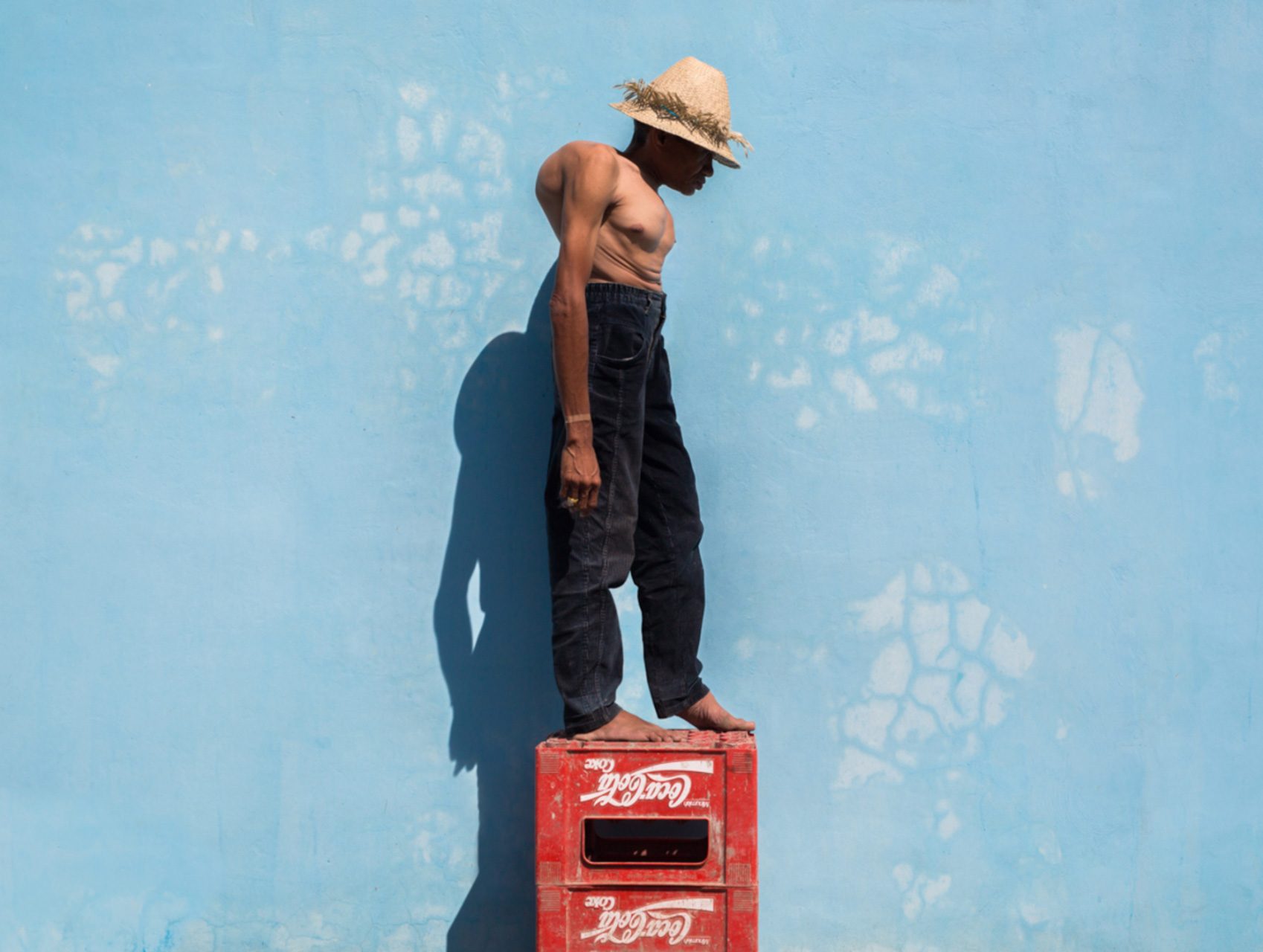 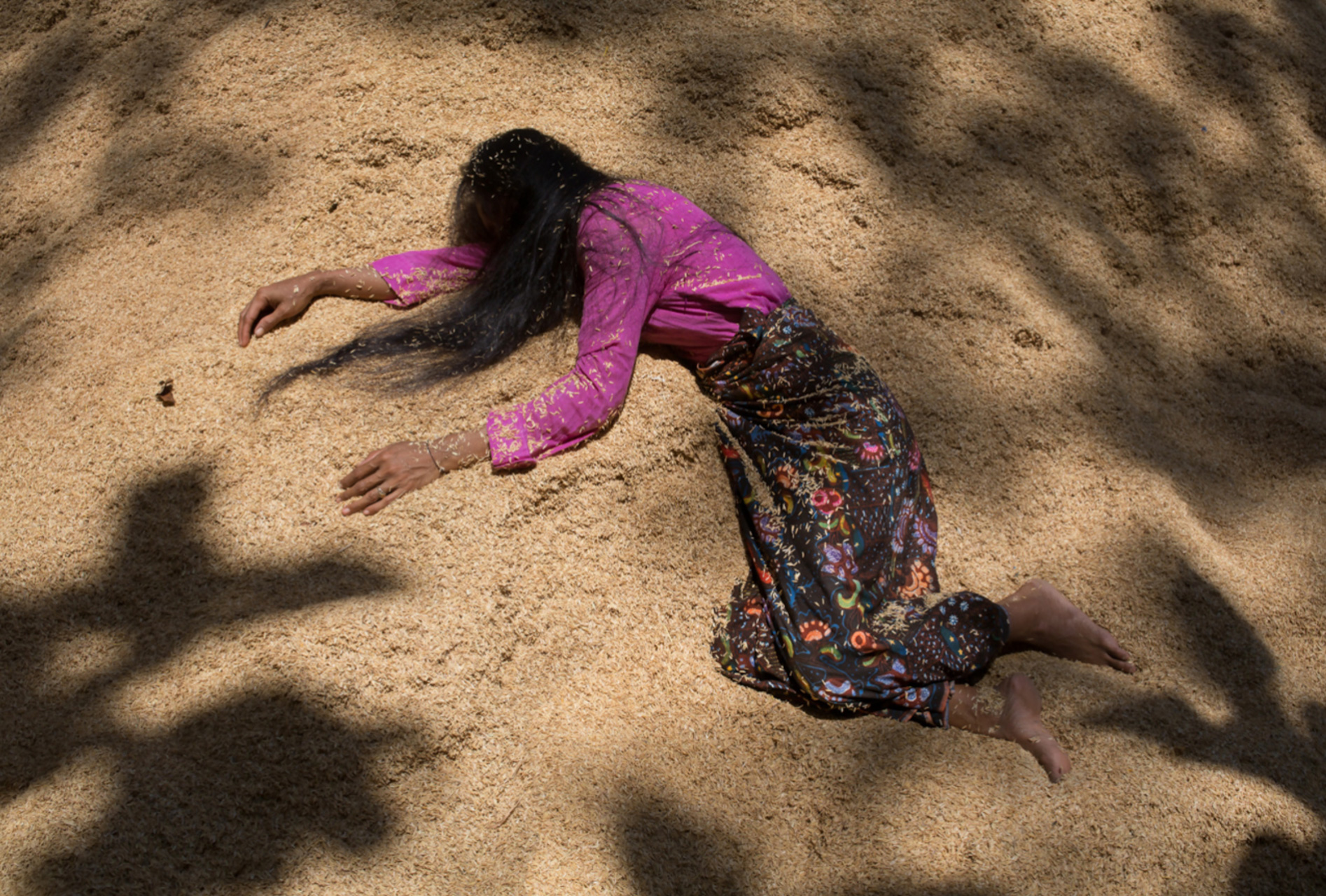 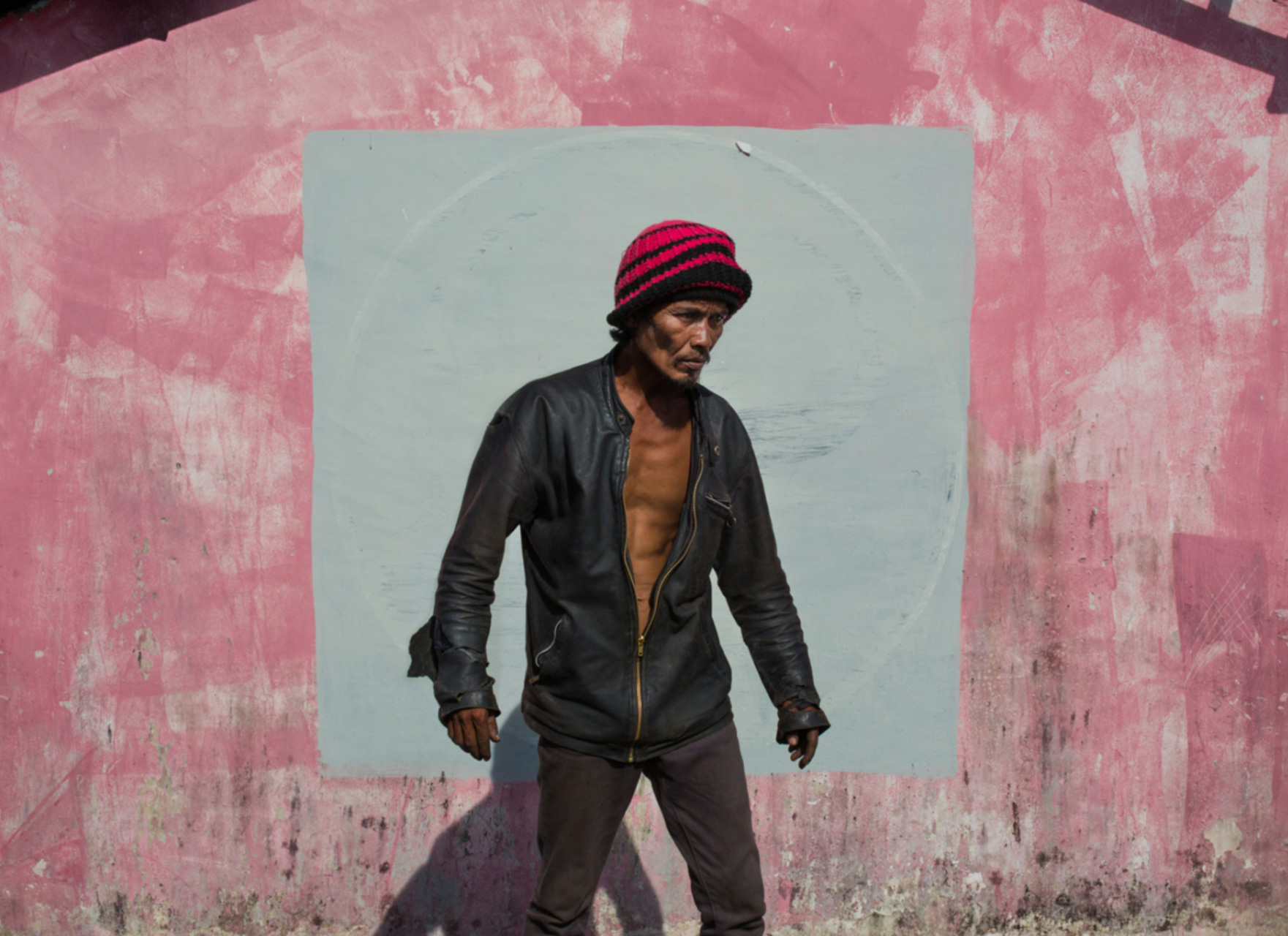 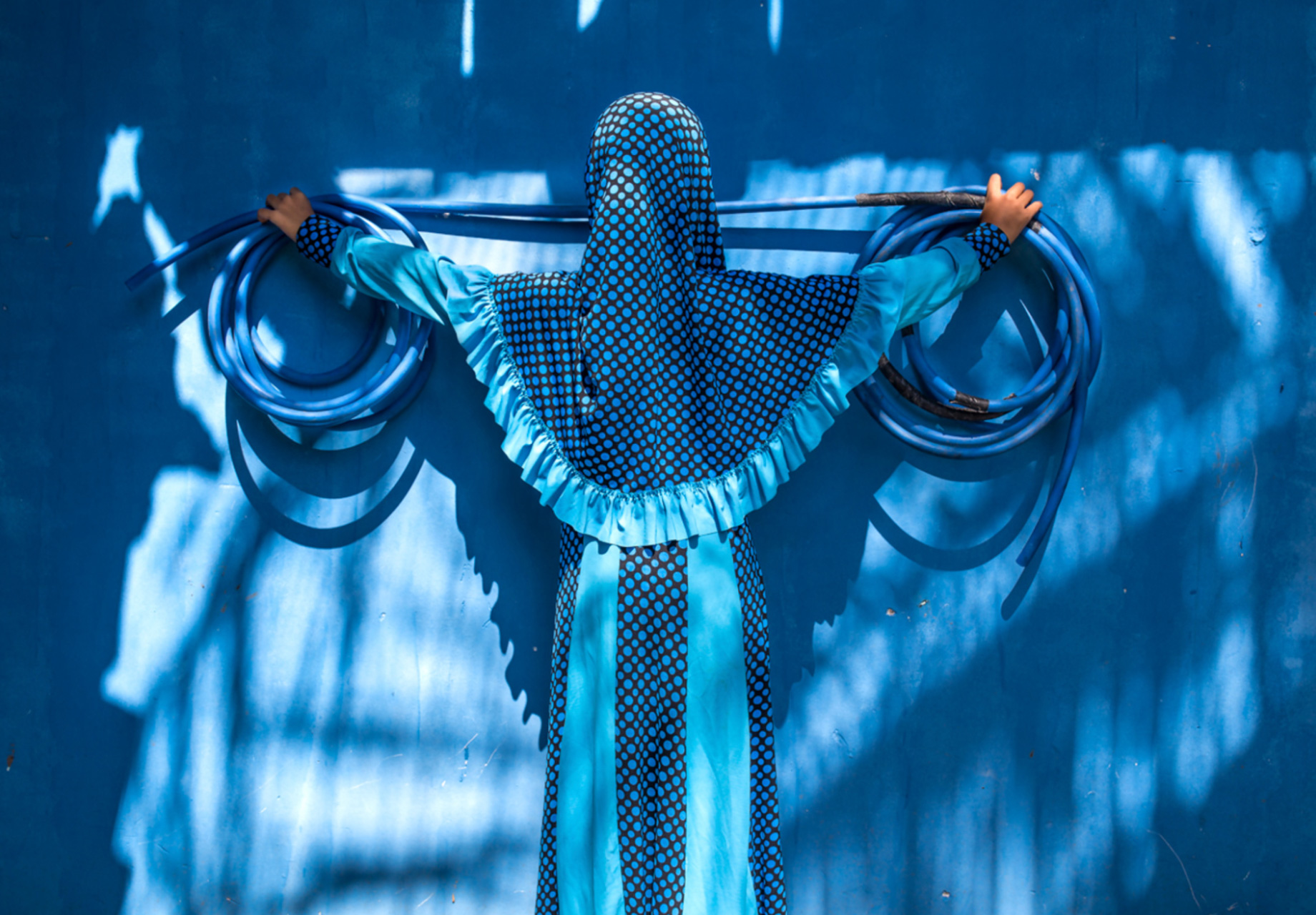 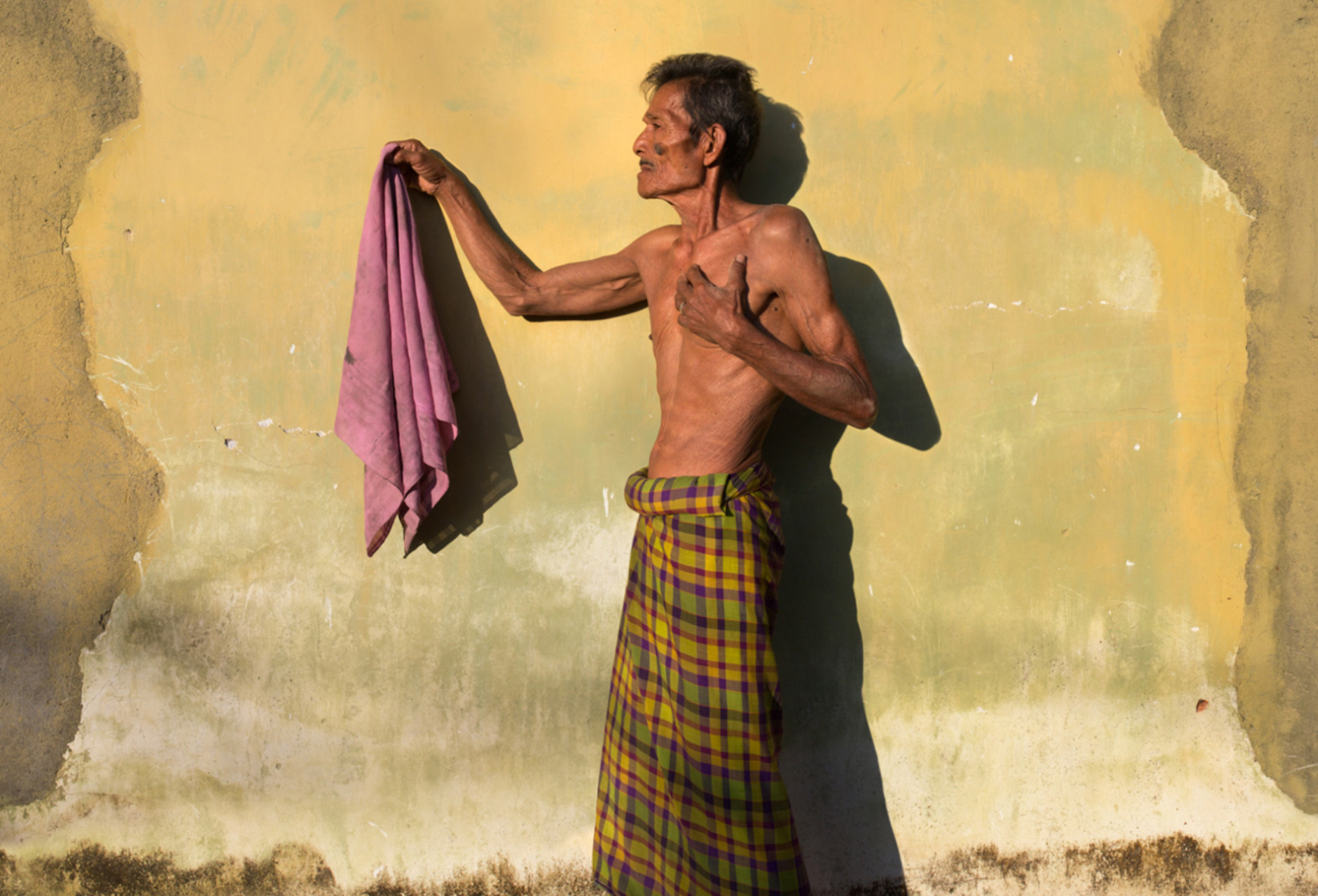 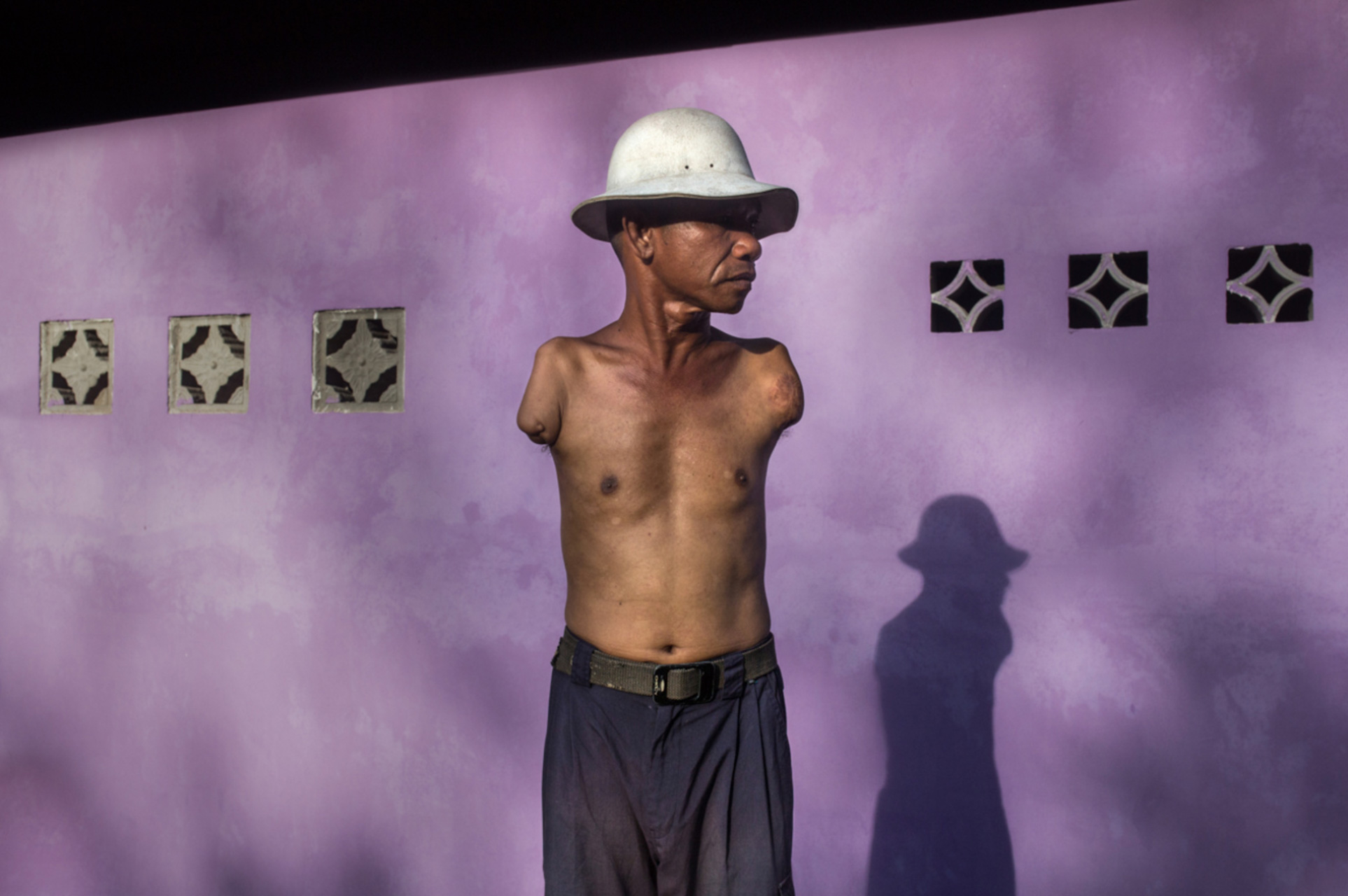 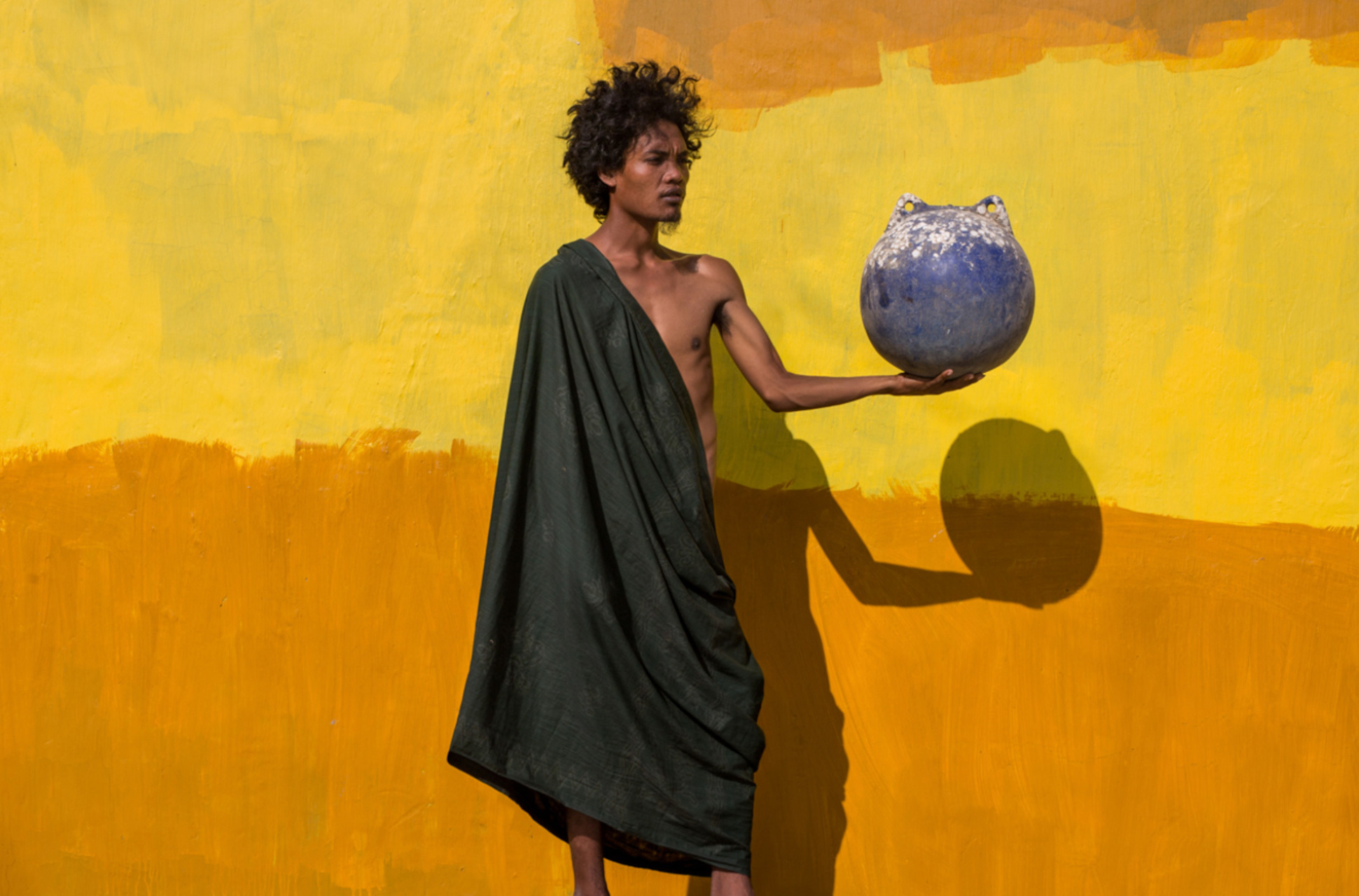 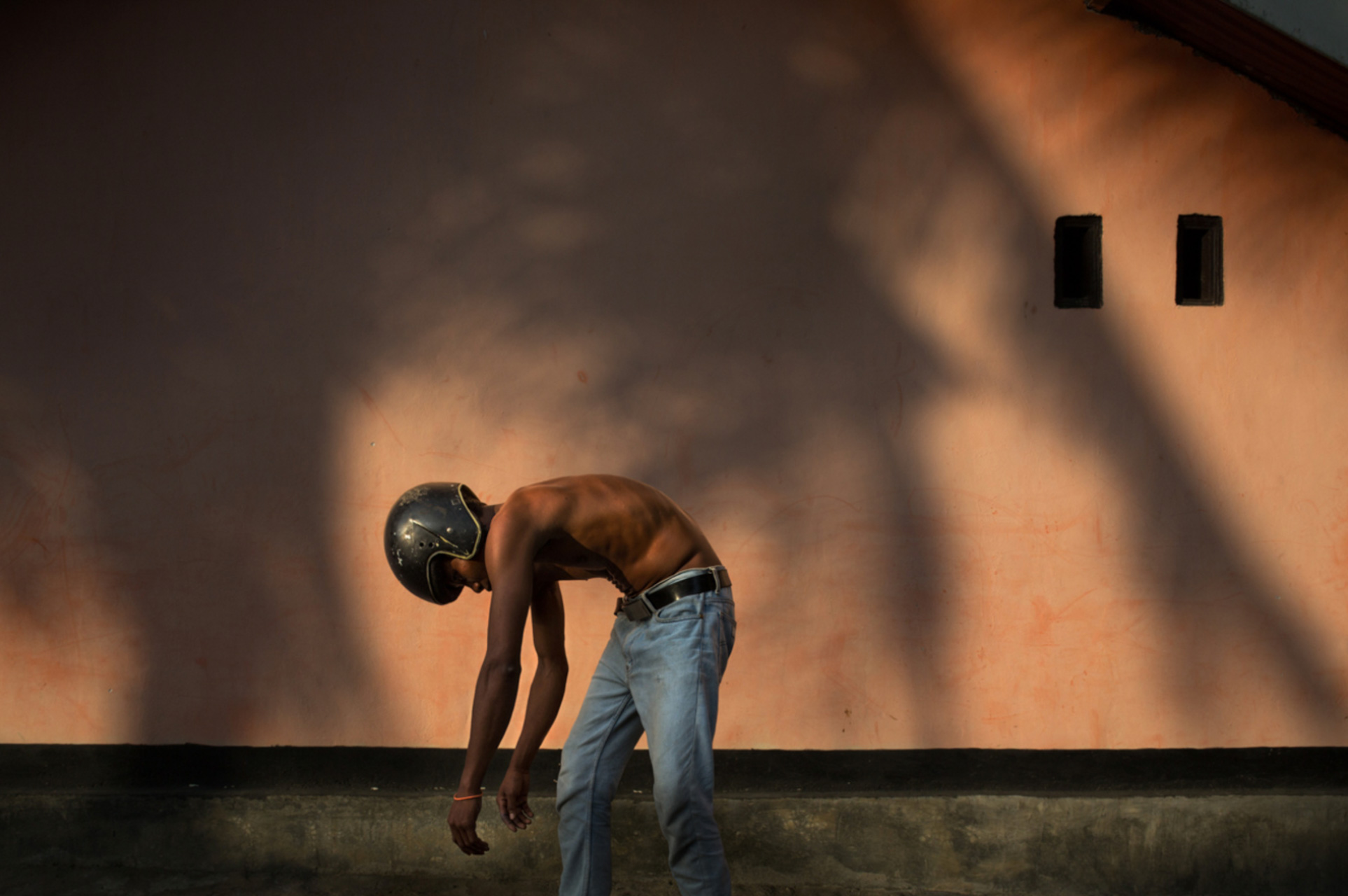 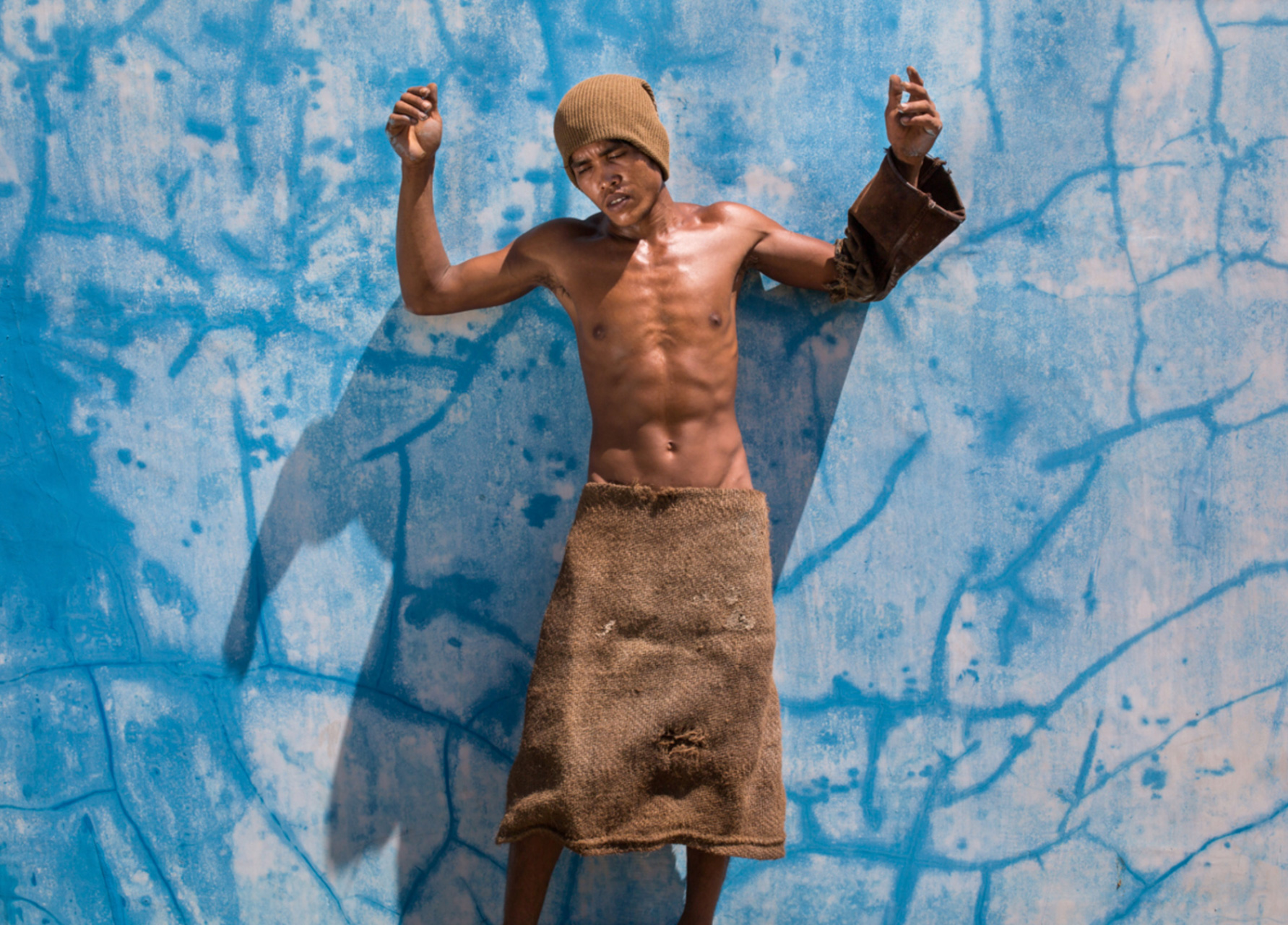 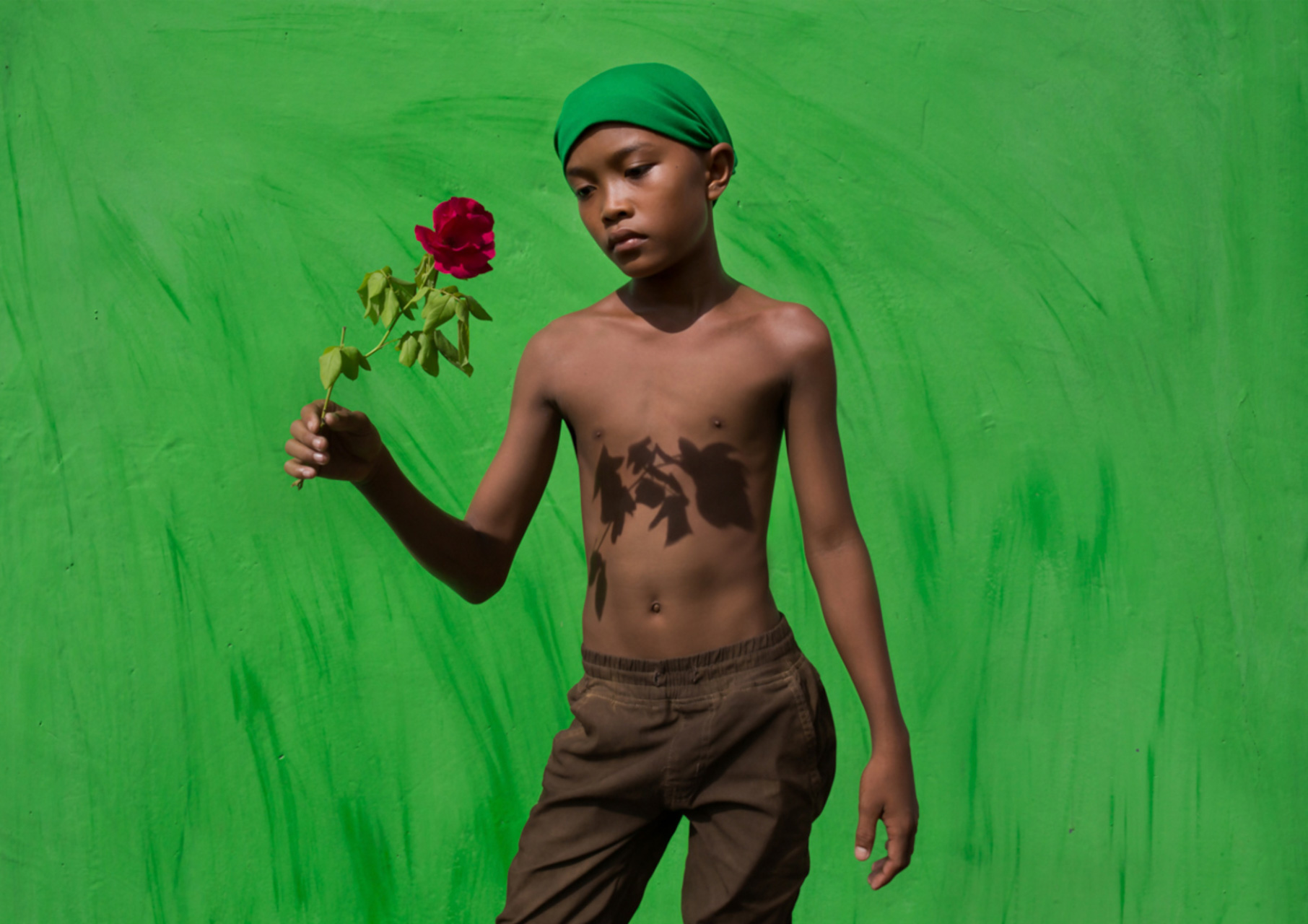 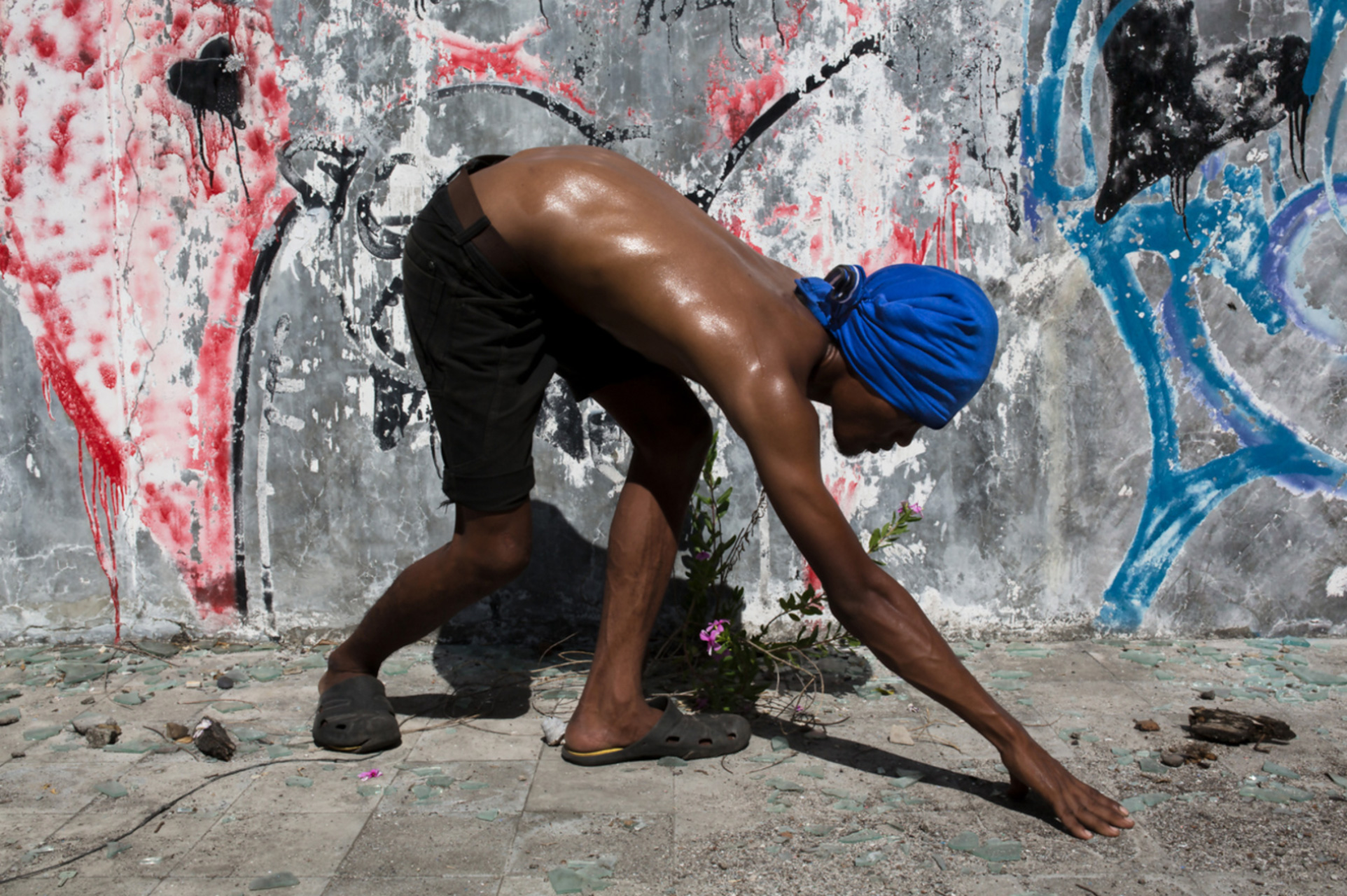 When Jonah Meyers (b. 1971, USA) travelled to Lombok, an island that lies just east of Bali in Indonesia, he noticed that all the new features that start to register when in a place far removed from what one knows, could sometimes feel surreal. “As if you’re attending an extravagant theatrical production with elaborate set pieces and costumed performers”, Meyers explains. In an attempt to capture this sense of magical realism that he experienced as a visitor in a foreign land, he photographed the everyday inhabitants of Lombok in an unusual way.

Meyers photographed local farmers, fishermen, island workers and schoolchildren detached from their direct surroundings and with their bodies frozen in curious poses in front of intensely coloured backgrounds, transforming them into living sculptures and intriguing art objects. A man with a hunchback standing on two red Coca Cola crates becomes a statue on a pedestal, or a woman in colourful clothing unfolds into a flower in front of a big yellow wall.

With all photographs just as surprising and estranging as in a theatre, Wallflowers is a series that generates the experience of viewing a foreign land through fresh eyes.