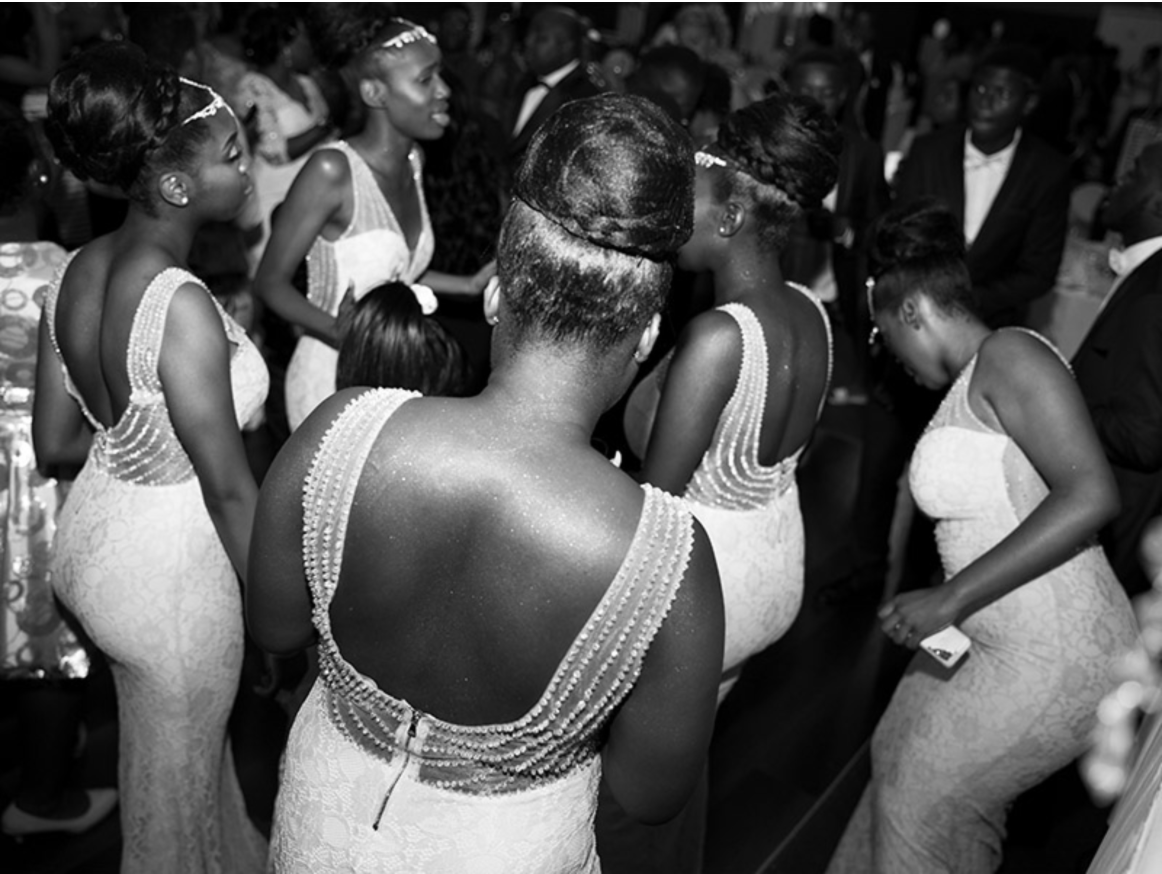 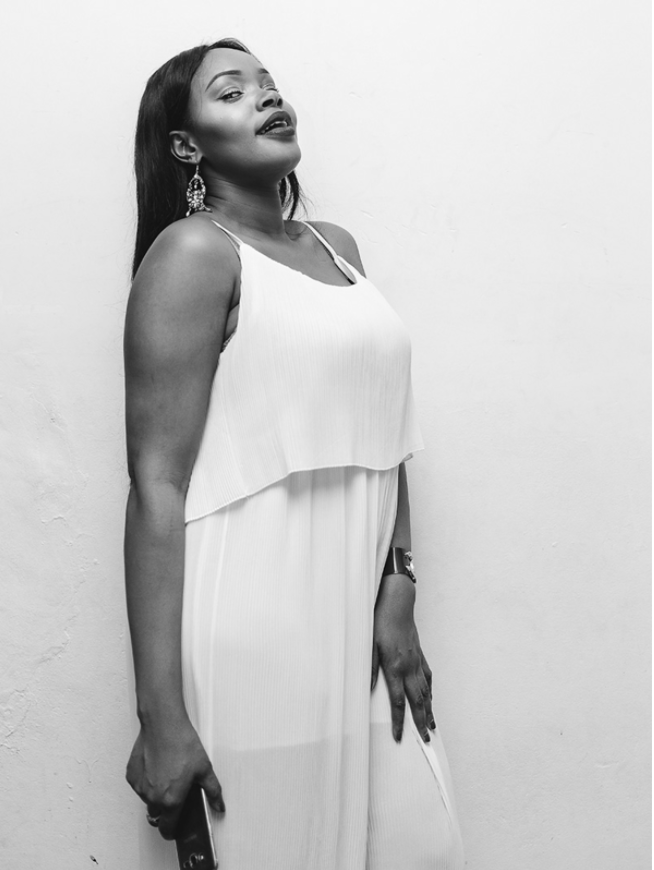 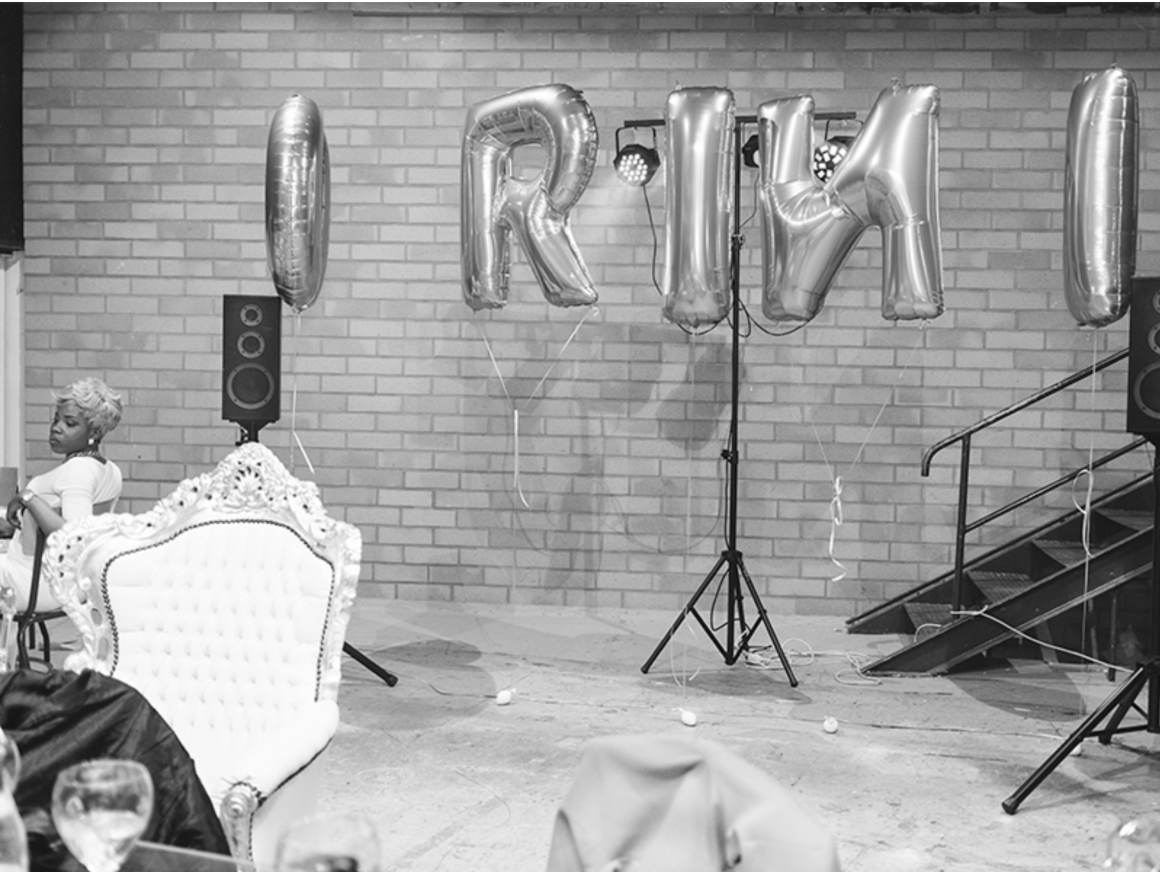 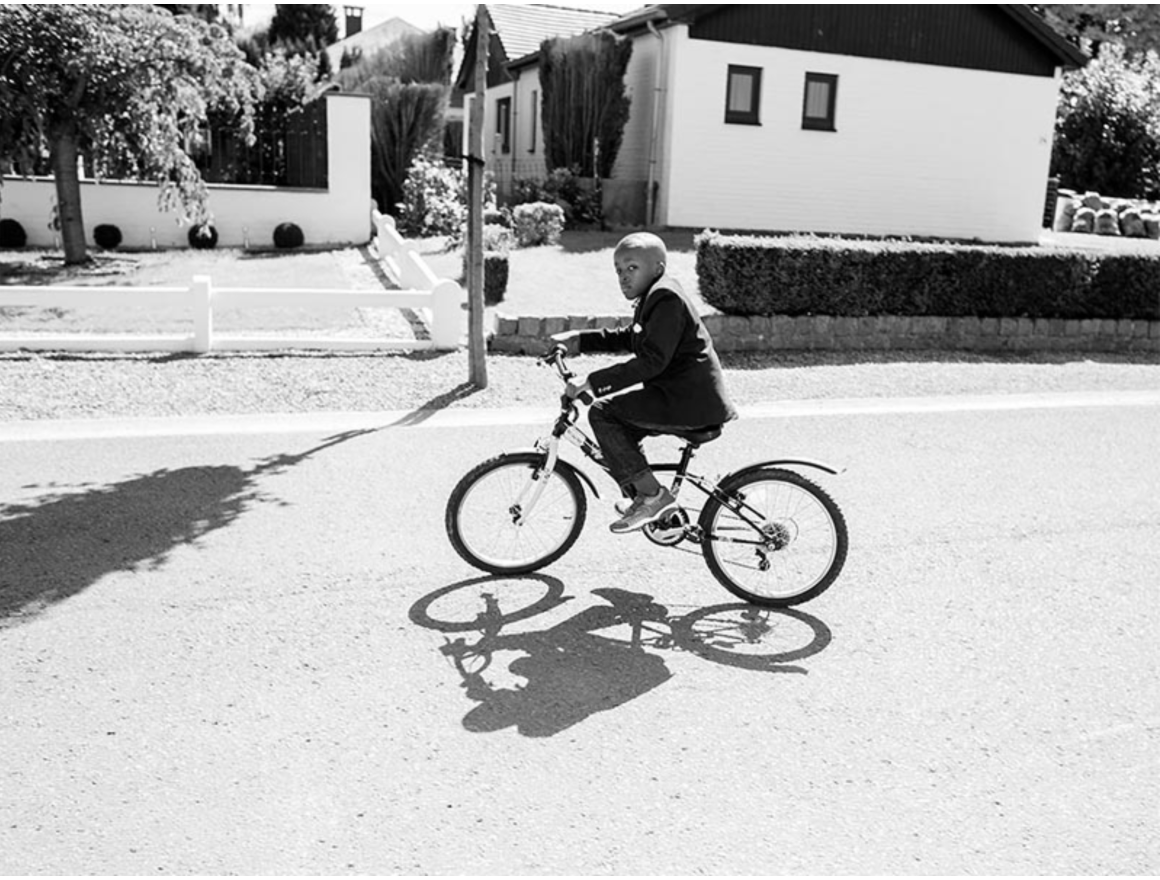 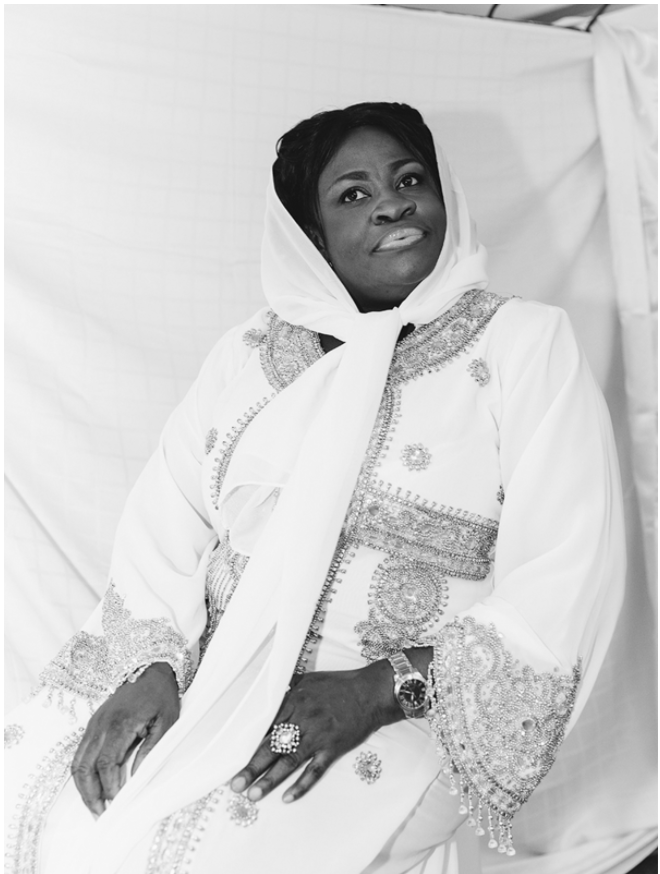 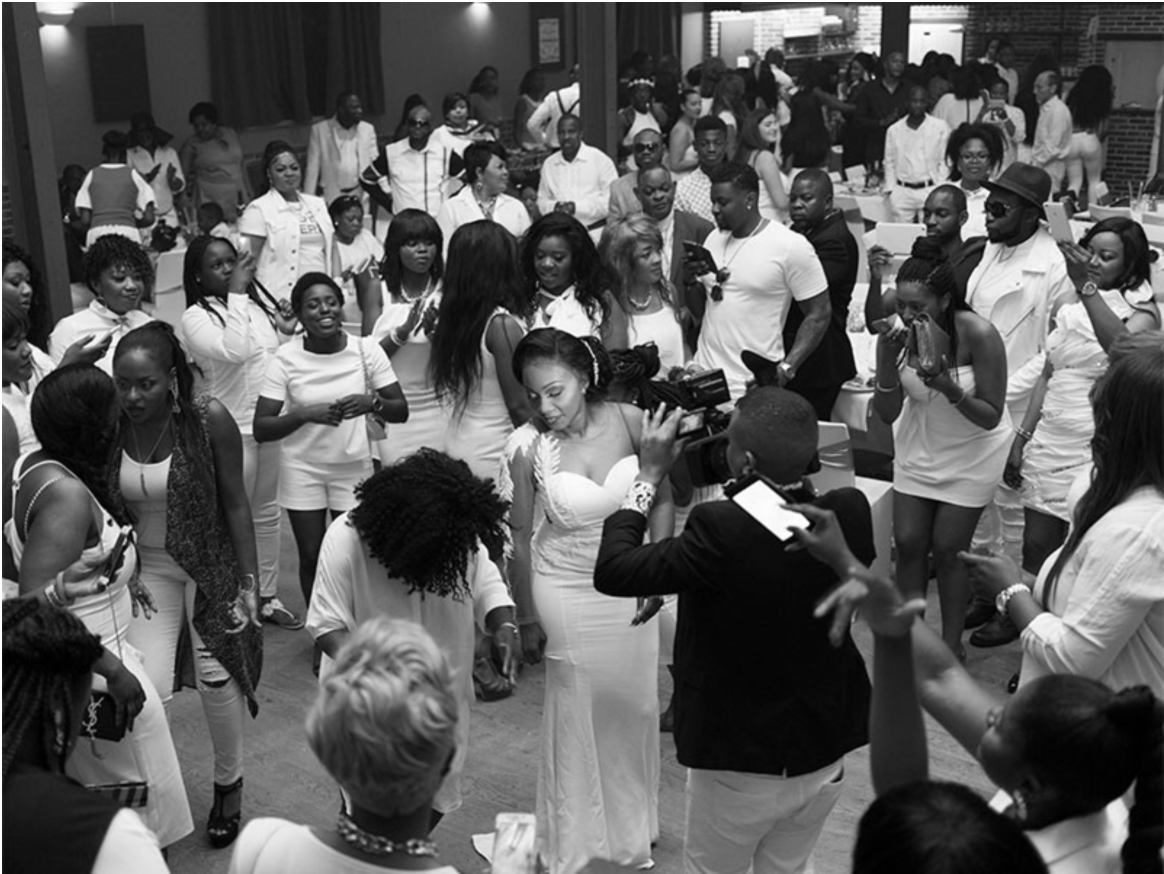 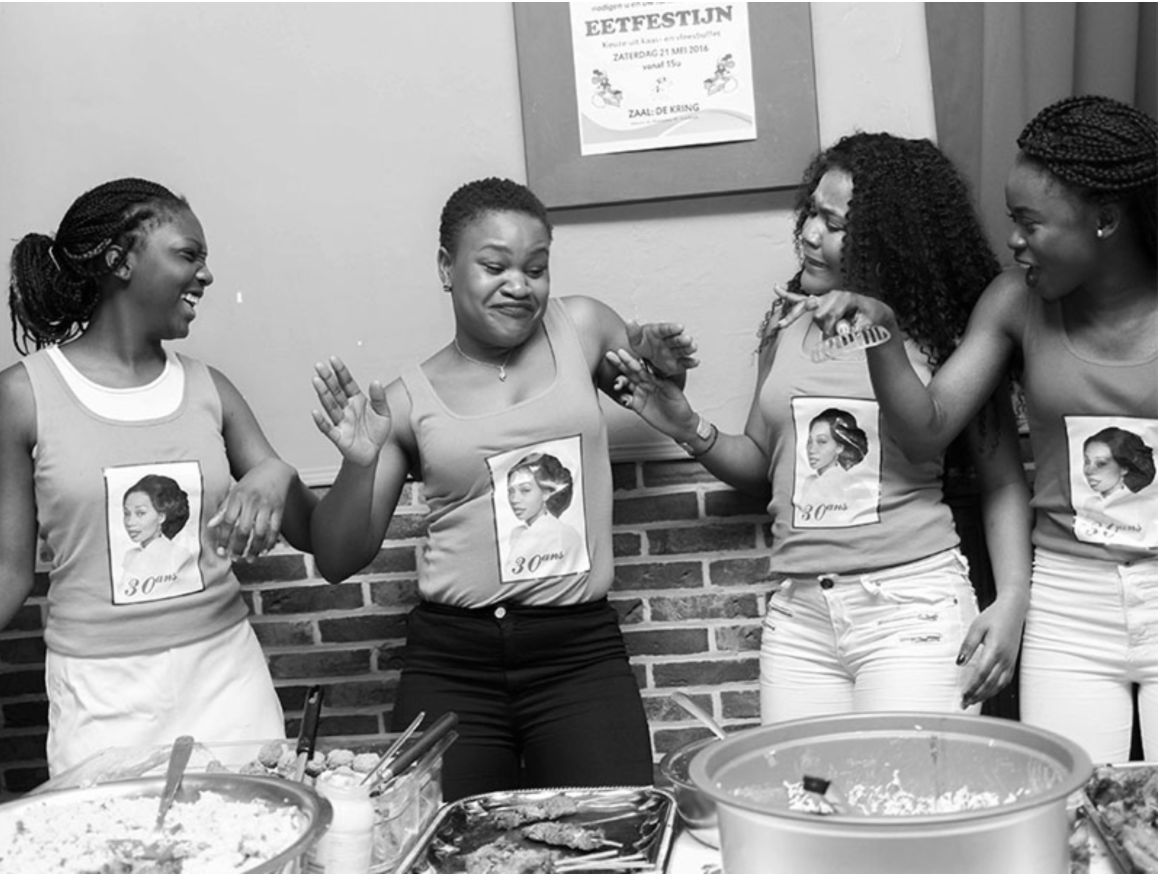 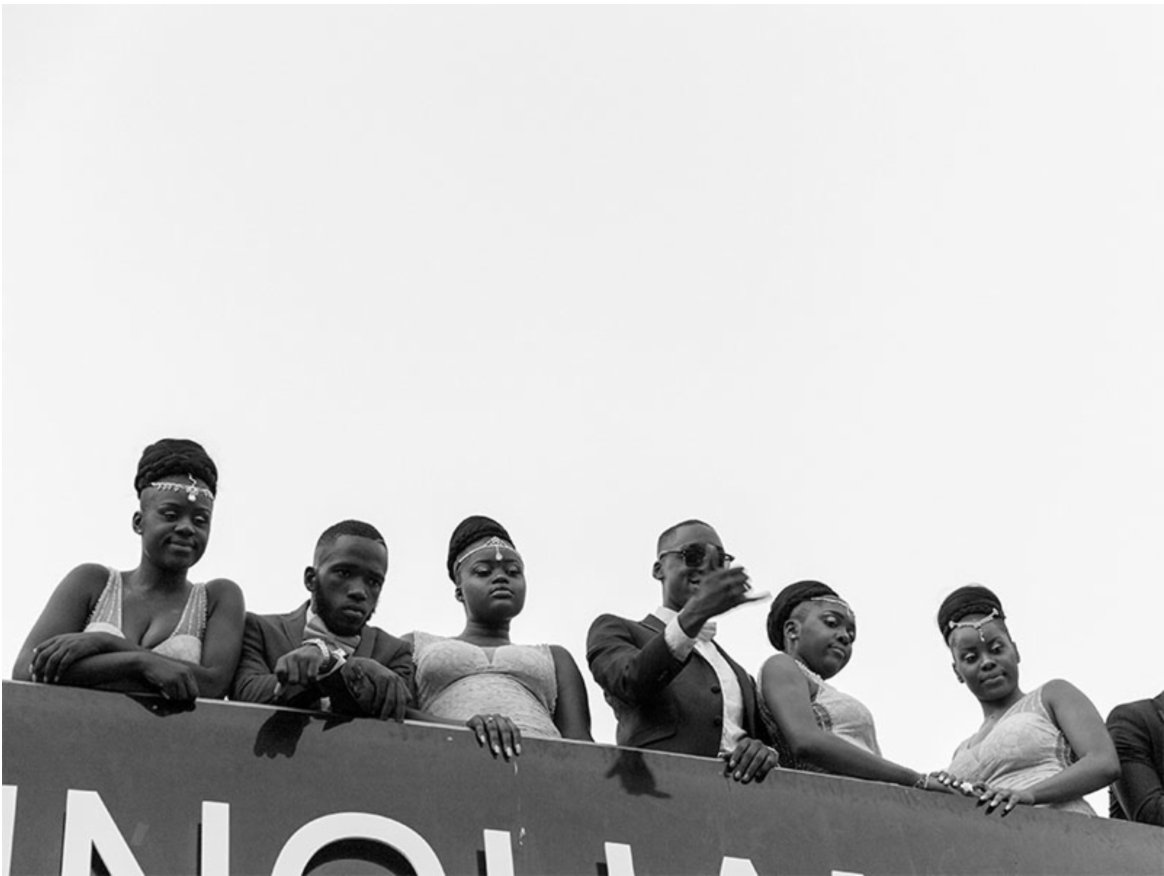 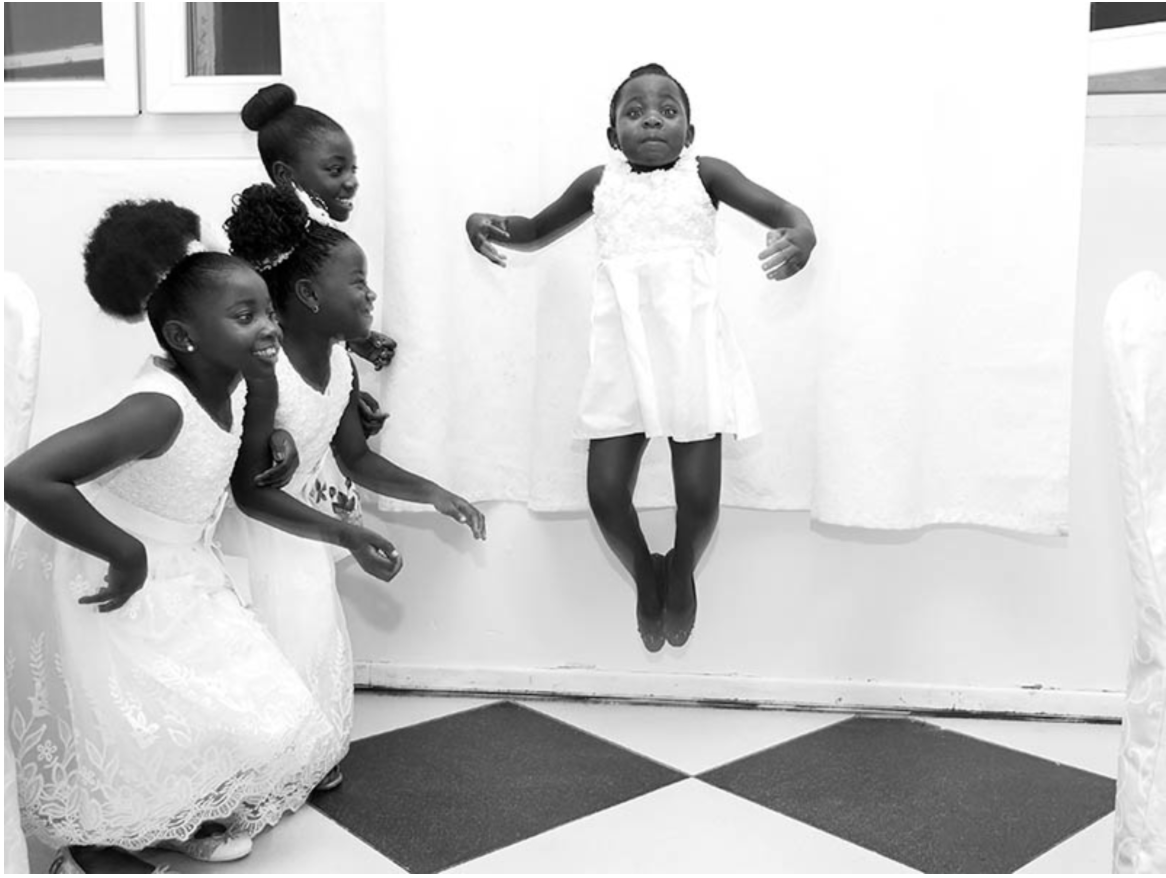 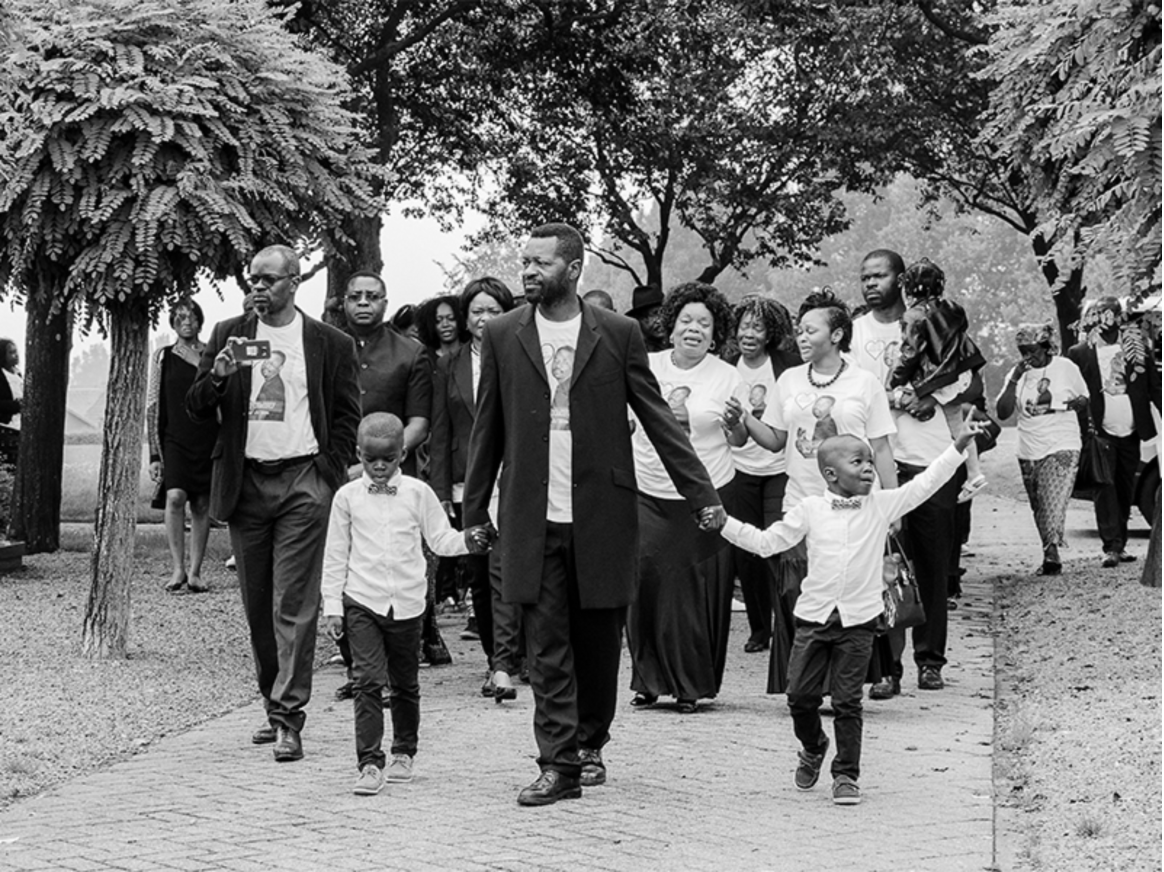 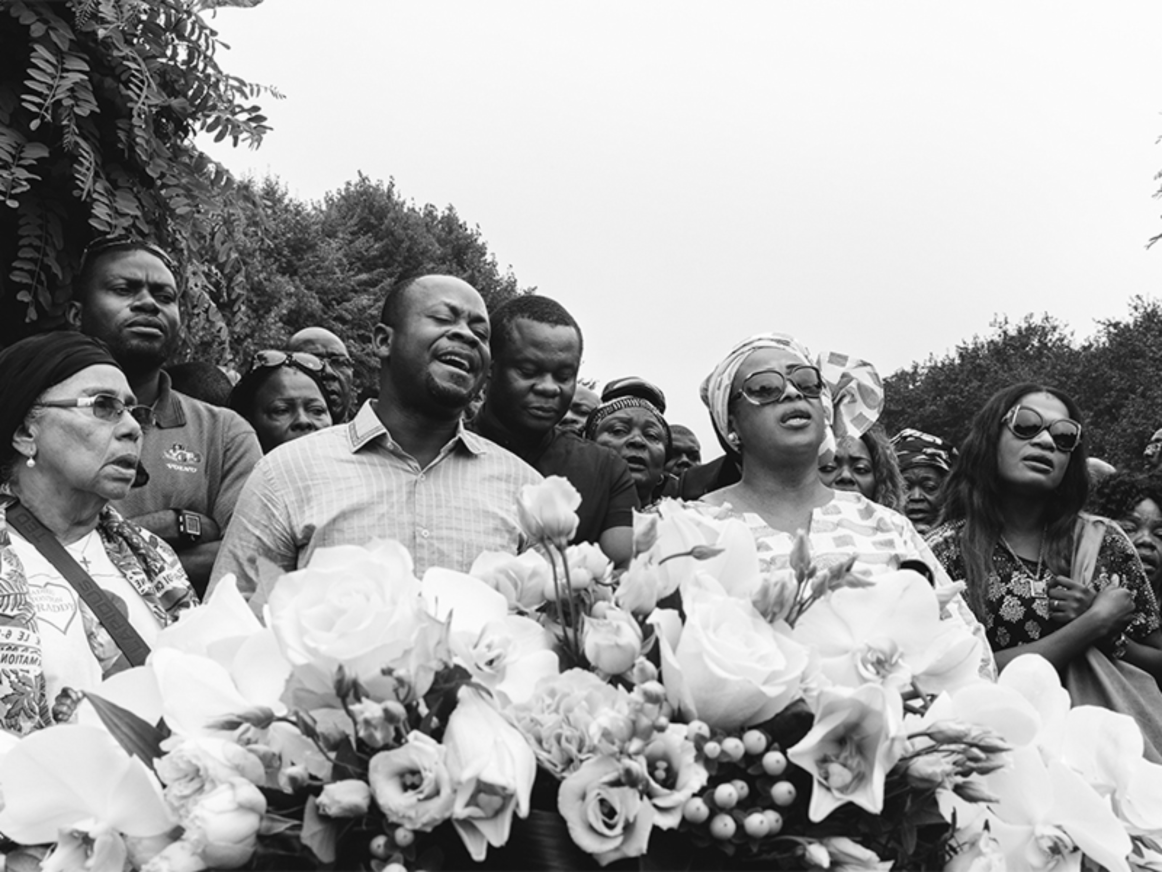 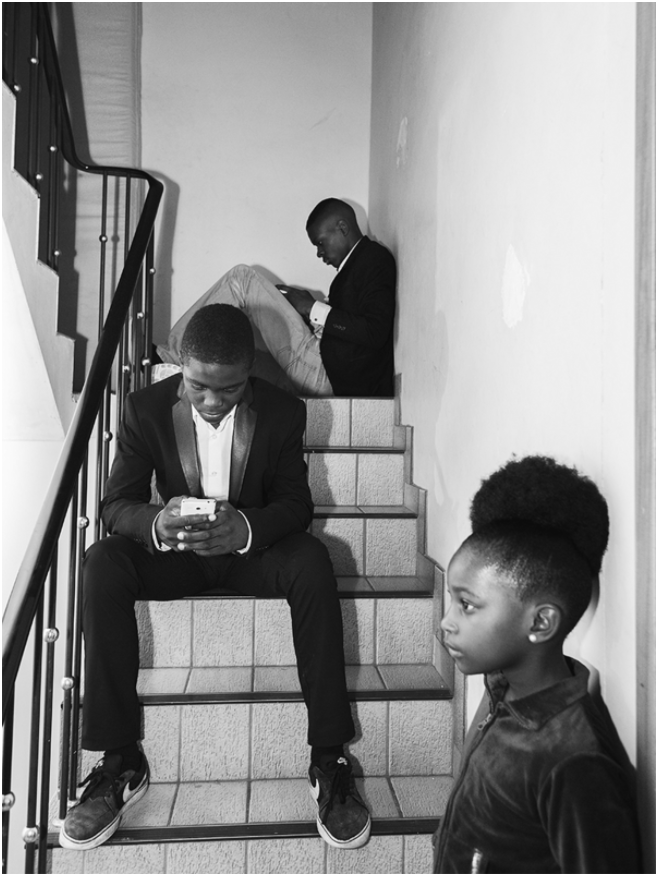 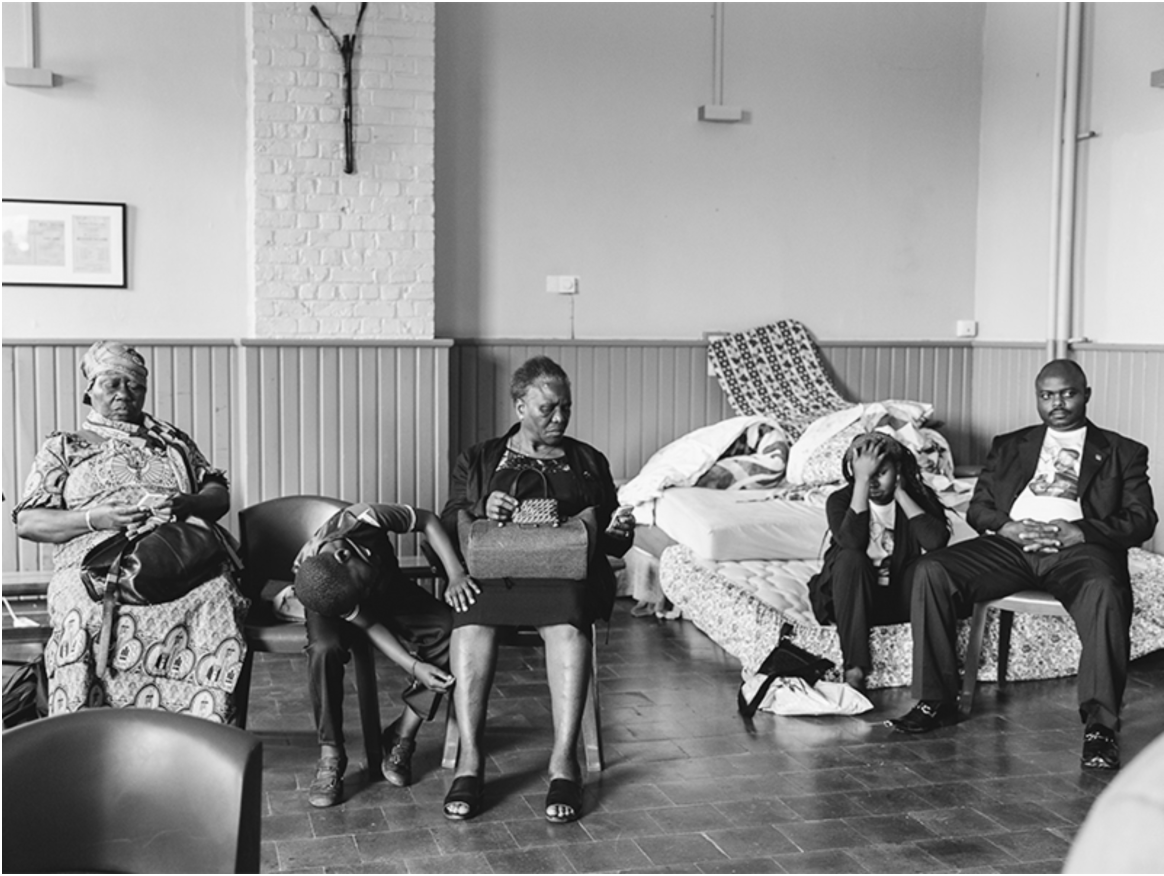 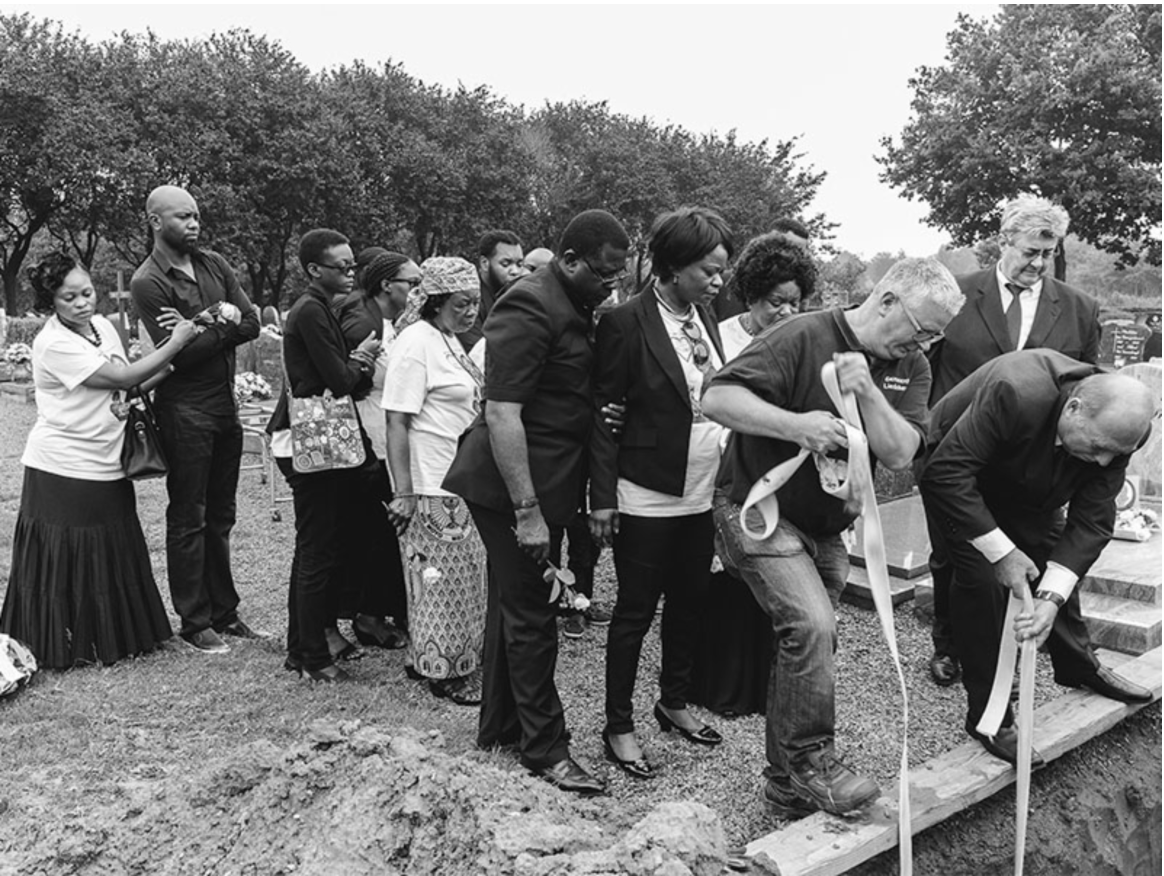 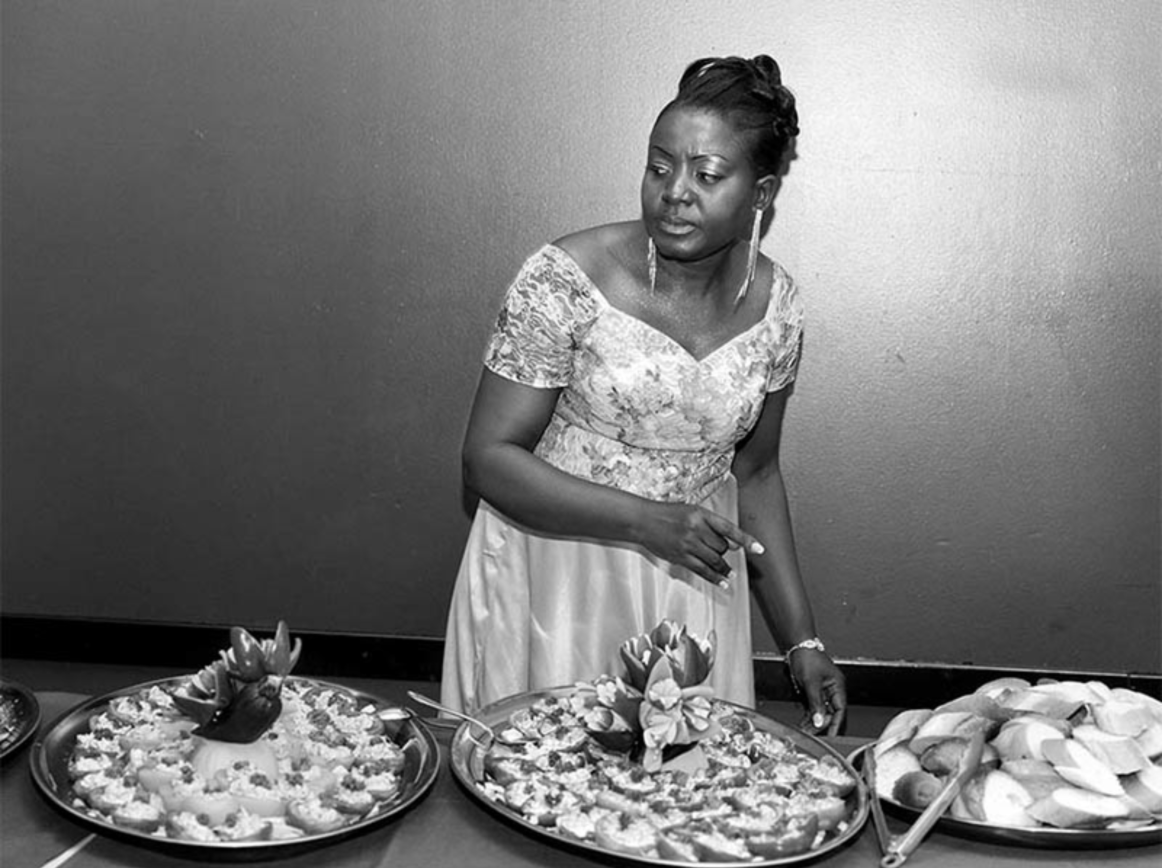 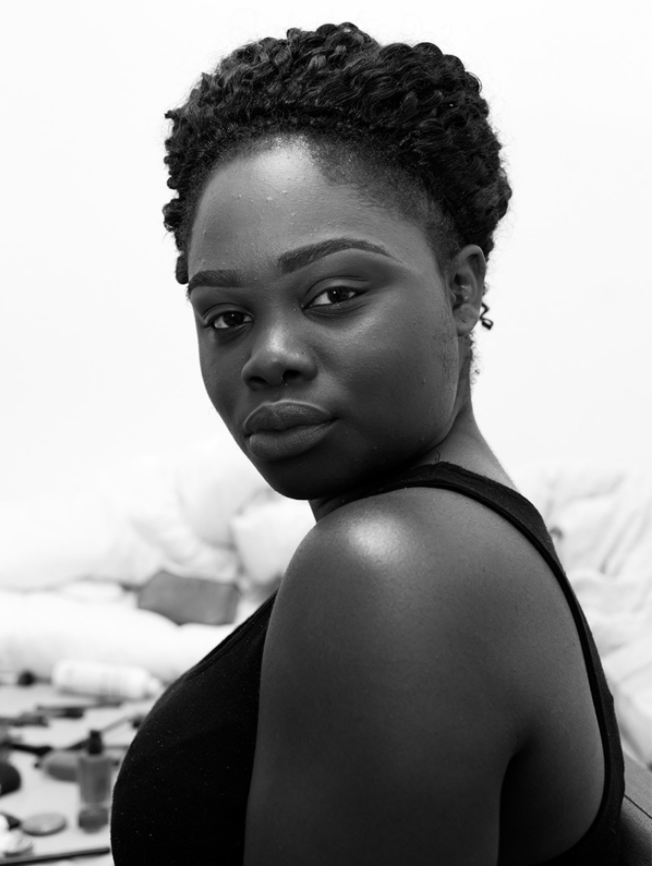 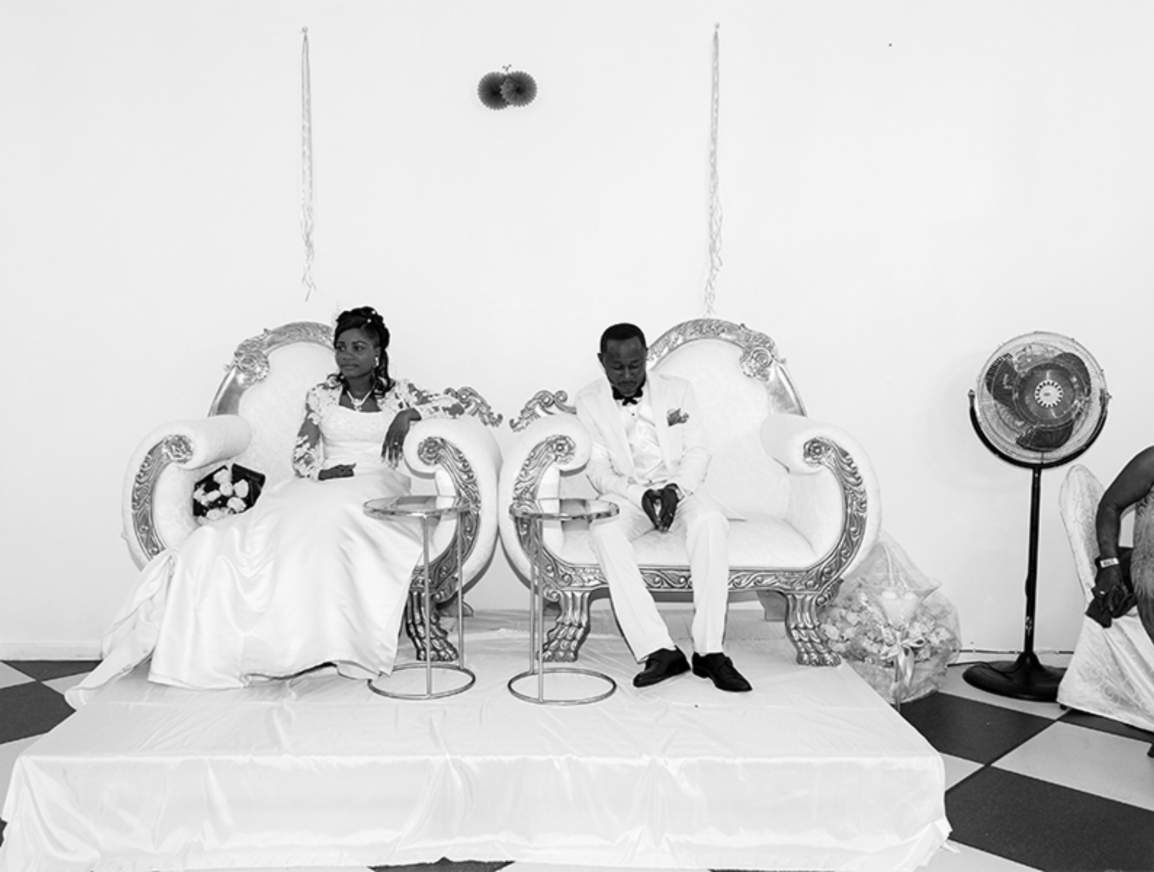 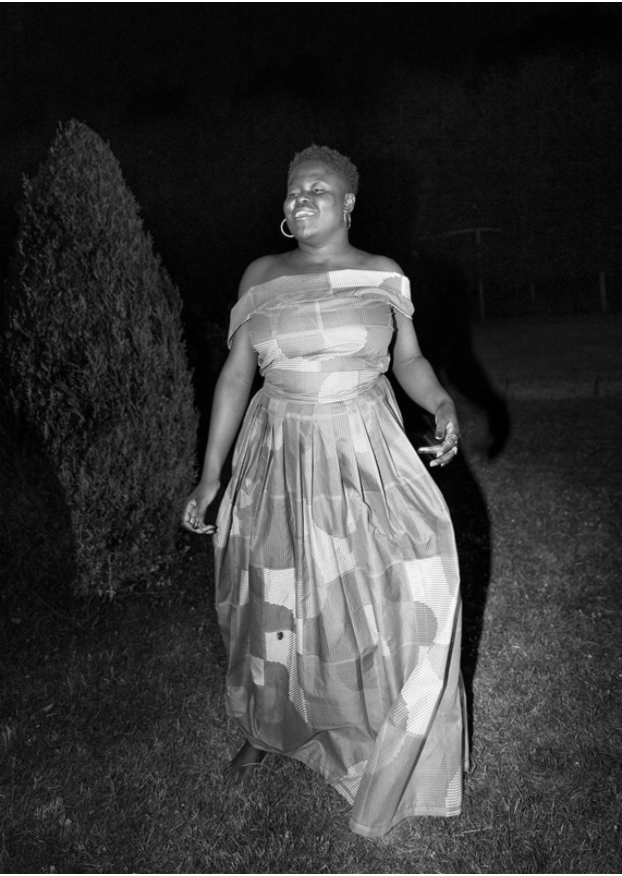 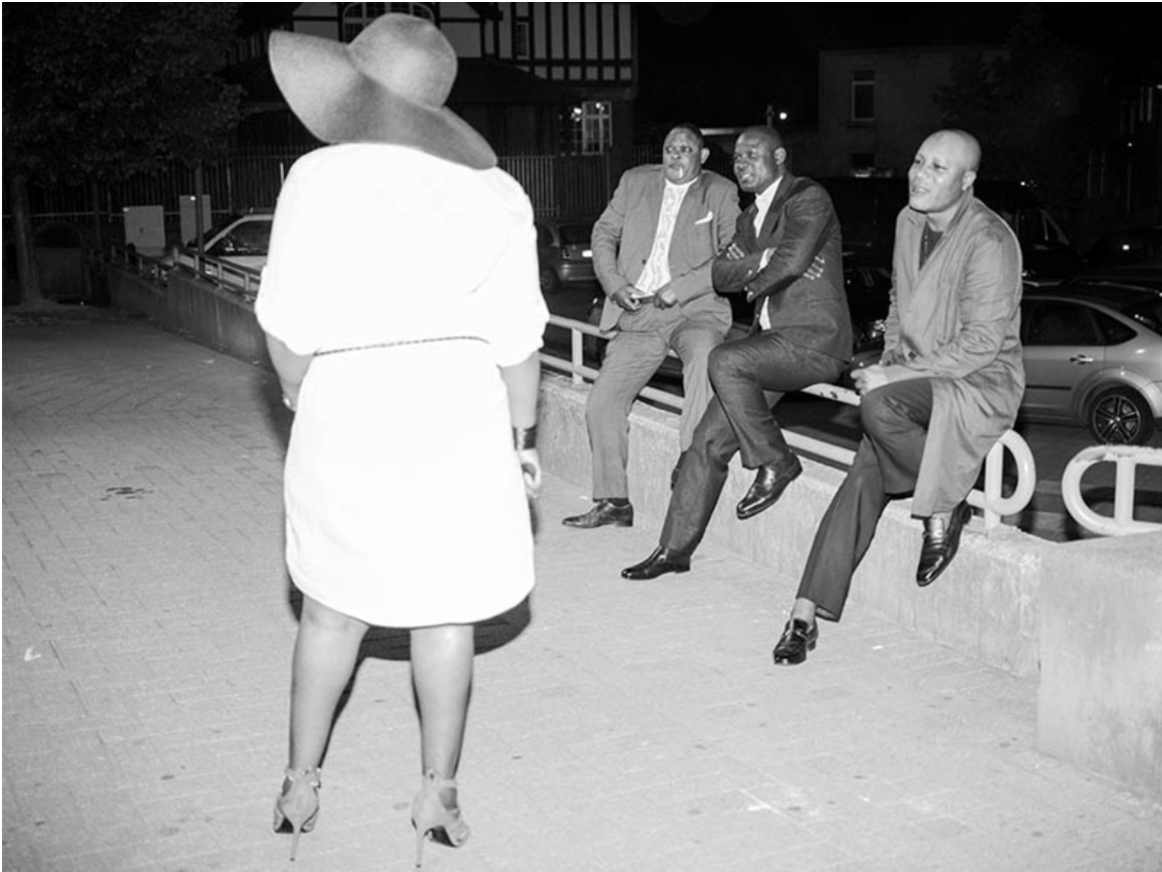 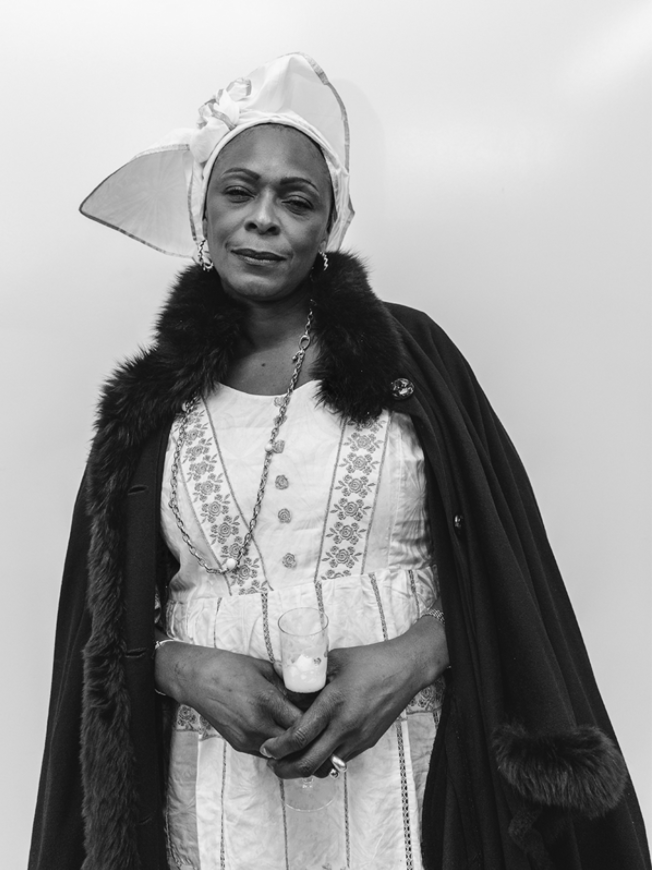 To be connected with everything and everyone: this is the meaning of Ubuntu, a Congolese concept borrowed by photographer Rebecca Fertinel (b. 1991, Romania) to title her latest body of work, which recently won the Dummy Award at Unseen Amsterdam 2018. The series shows a Congolese family living in Belgium as they try to maintain their heritage and traditional values through community events, such as weddings, parties and funerals.

In the words of Fertinel: “The design departs from the fact that most of the photos are horizontal and that a ‘spread’ is less legible due to the fold in the middle of a book, it was thus decided to cut all photos in two and print them on consecutive pages; you must turn the page to see the second half of the photo. Due to the specific design of this book, the look of rapport between two spouses is delayed and they escape any forced or kitsch effect. They allow themselves to be discovered or caught, just as the scenes were caught by the photographer.”

Fertinel shoots classic black and with documentary images that obtain new significance as they are presented in a creative format. Careful to avoid the clichés of wedding photography, she creates a flow through broken pictures that surprises at the turn of every page. Ubuntu’s subtle editing turns single images into an unexpected narrative.

The book was chosen by an international jury among 212 submissions. The judging board prized the collection, which will soon be transformed into a book by Dutch publisher Lecturis, both for highlighting the issue of cultural integration and for its unique design. Ubuntu will be published in the coming months.