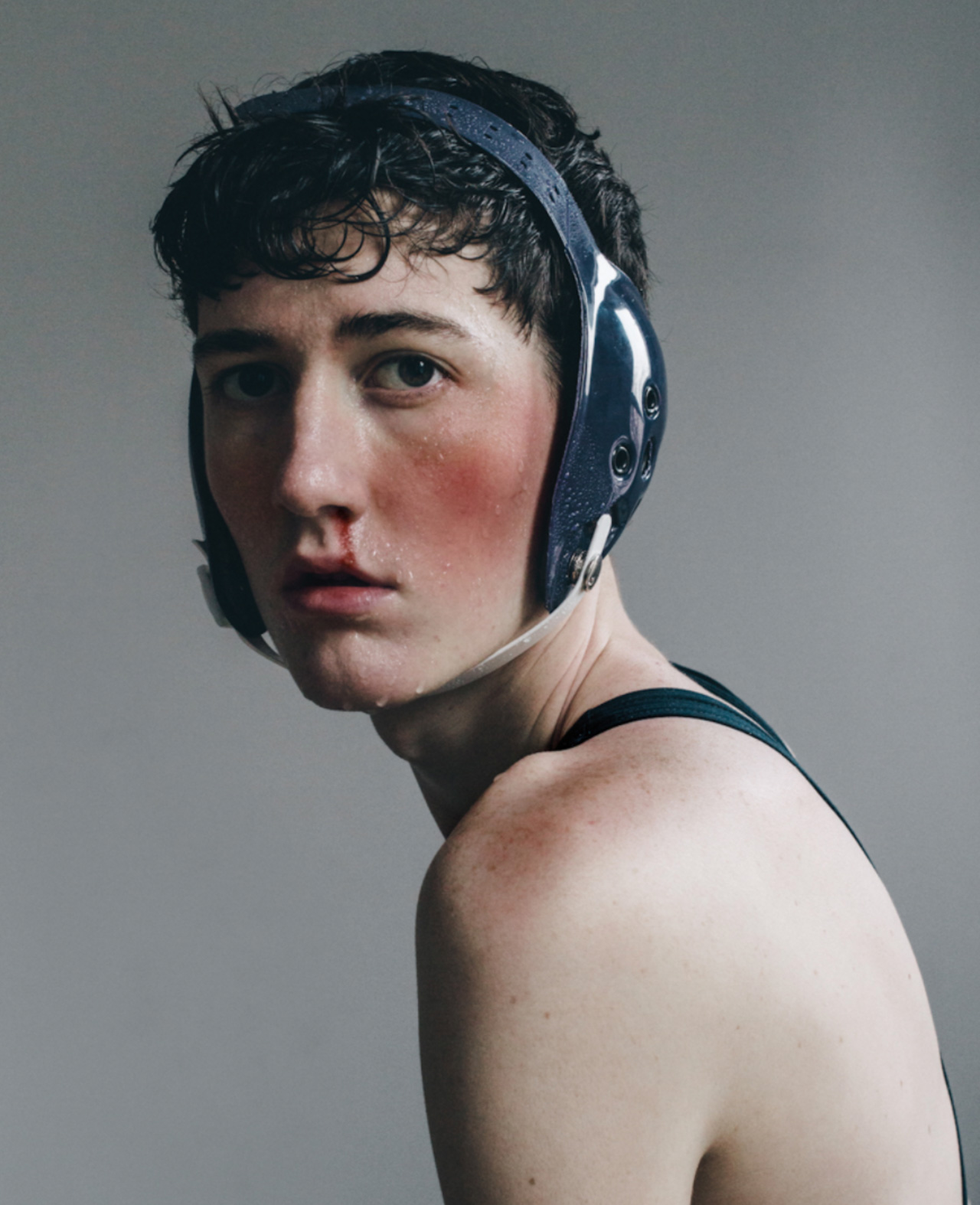 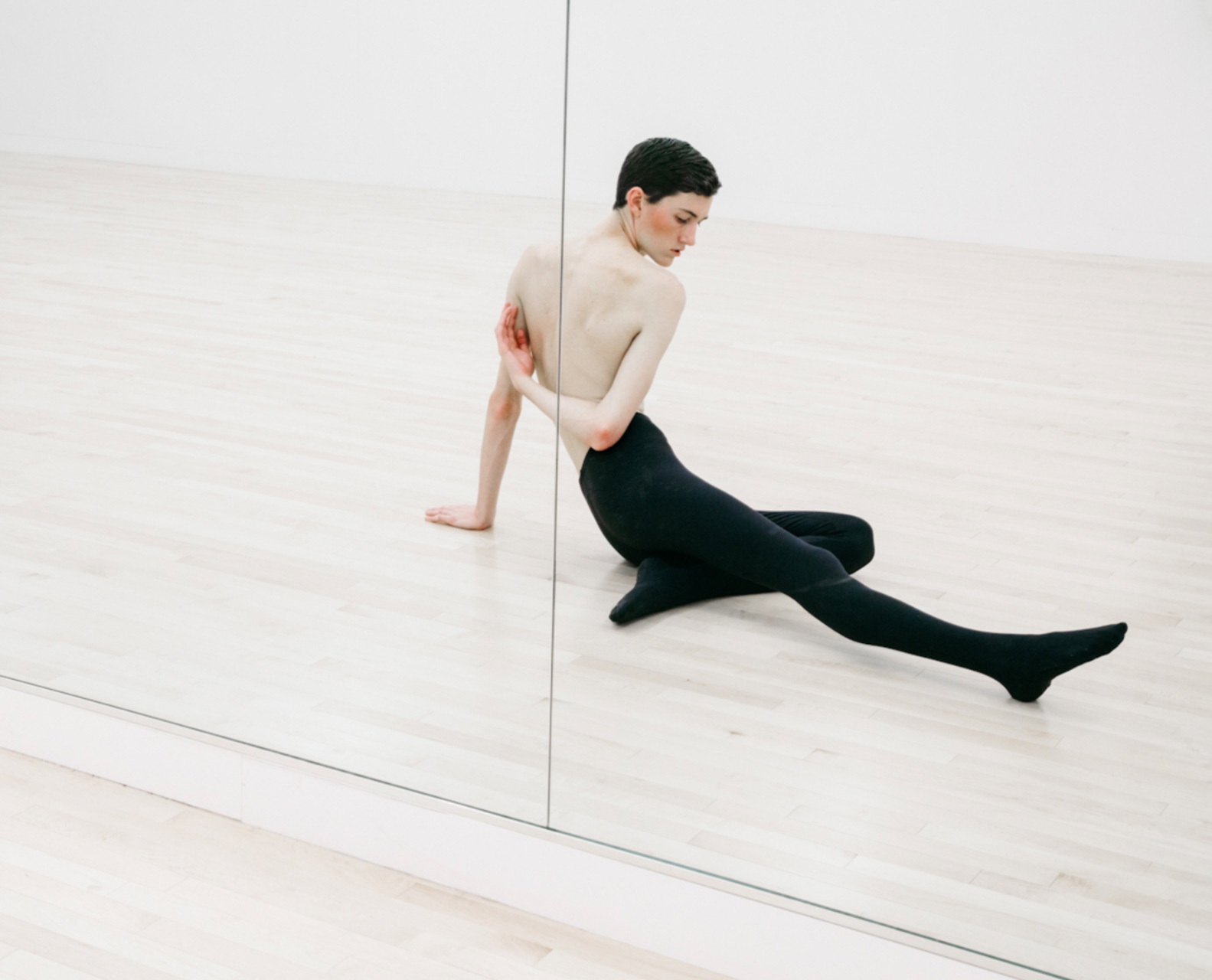 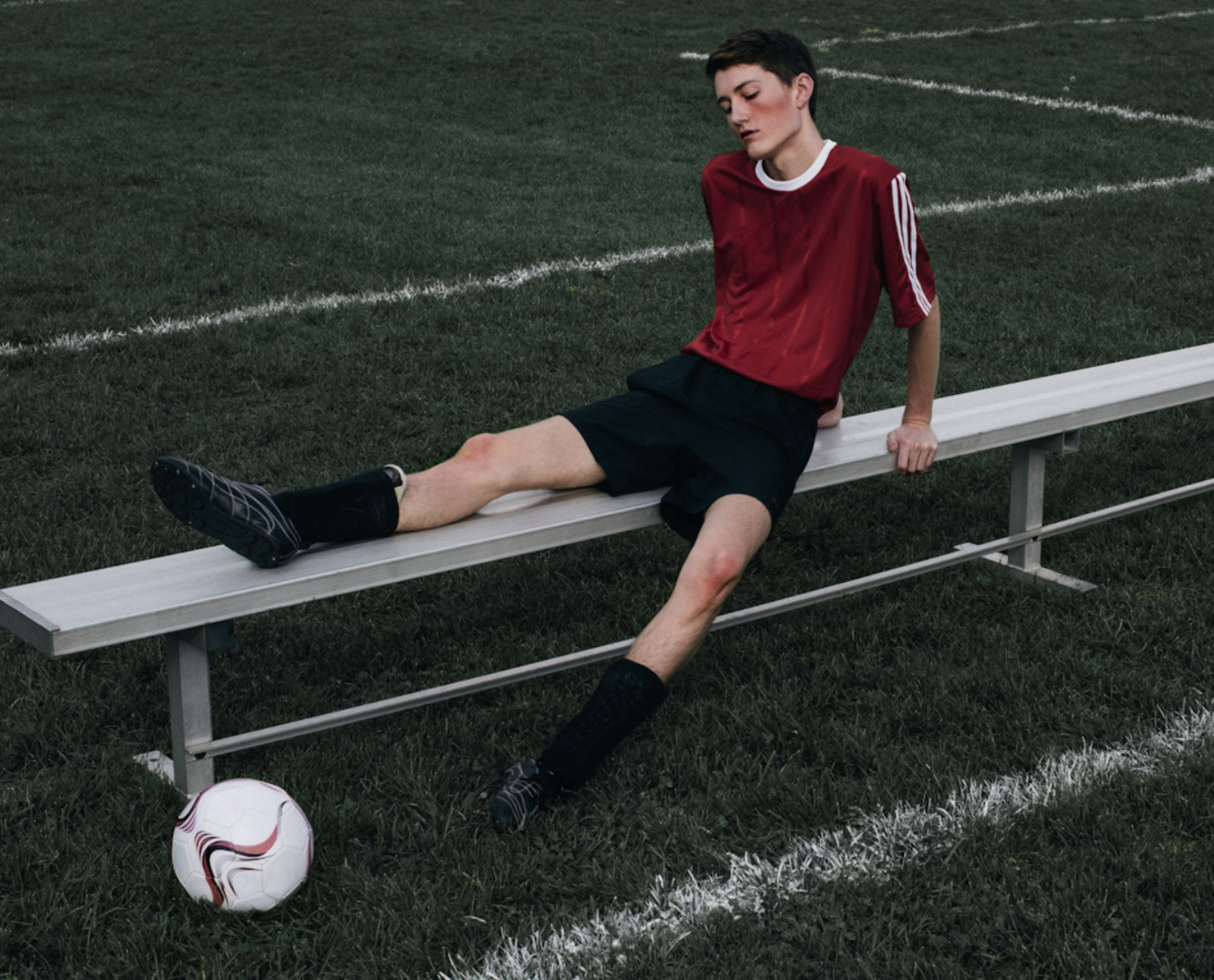 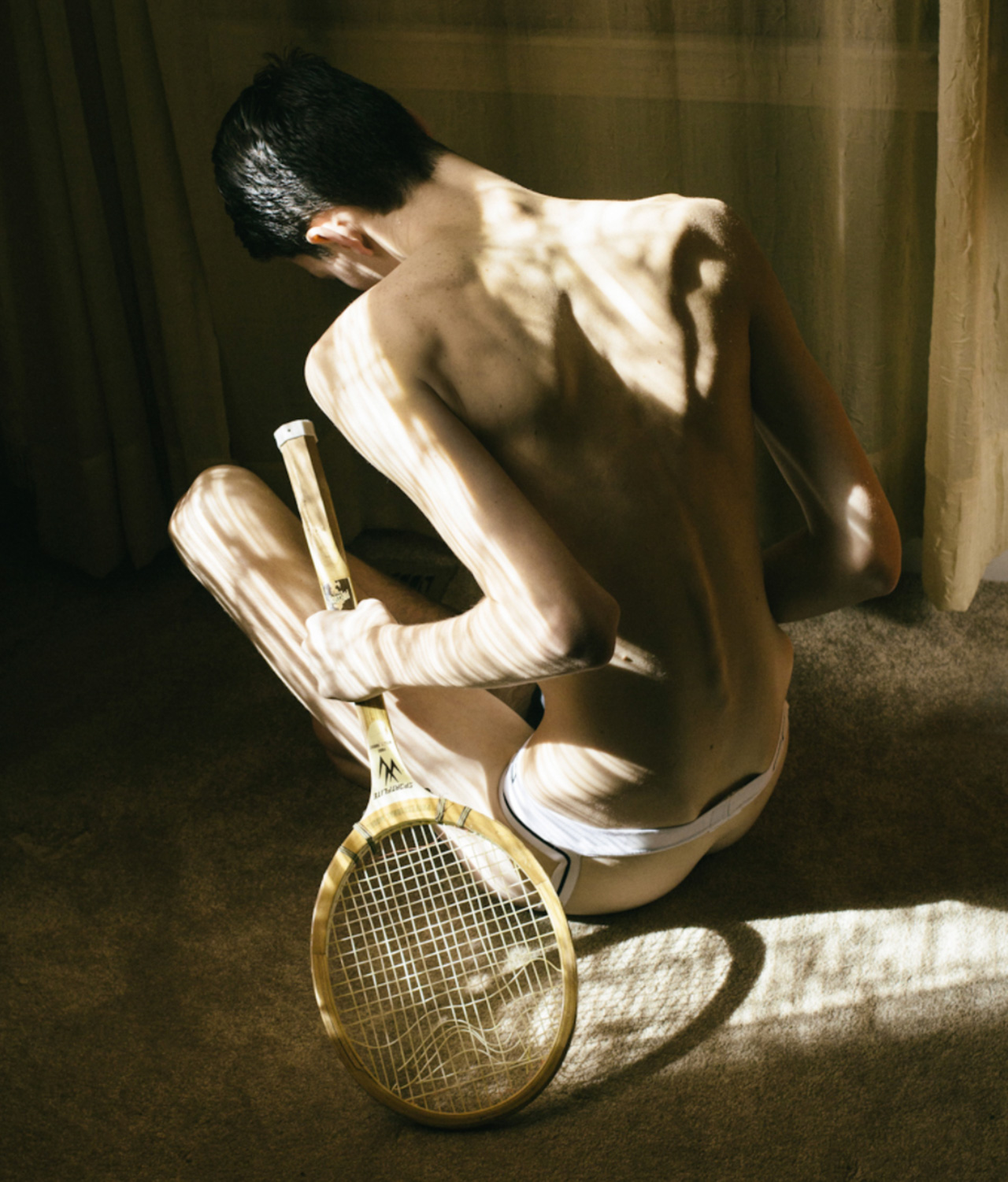 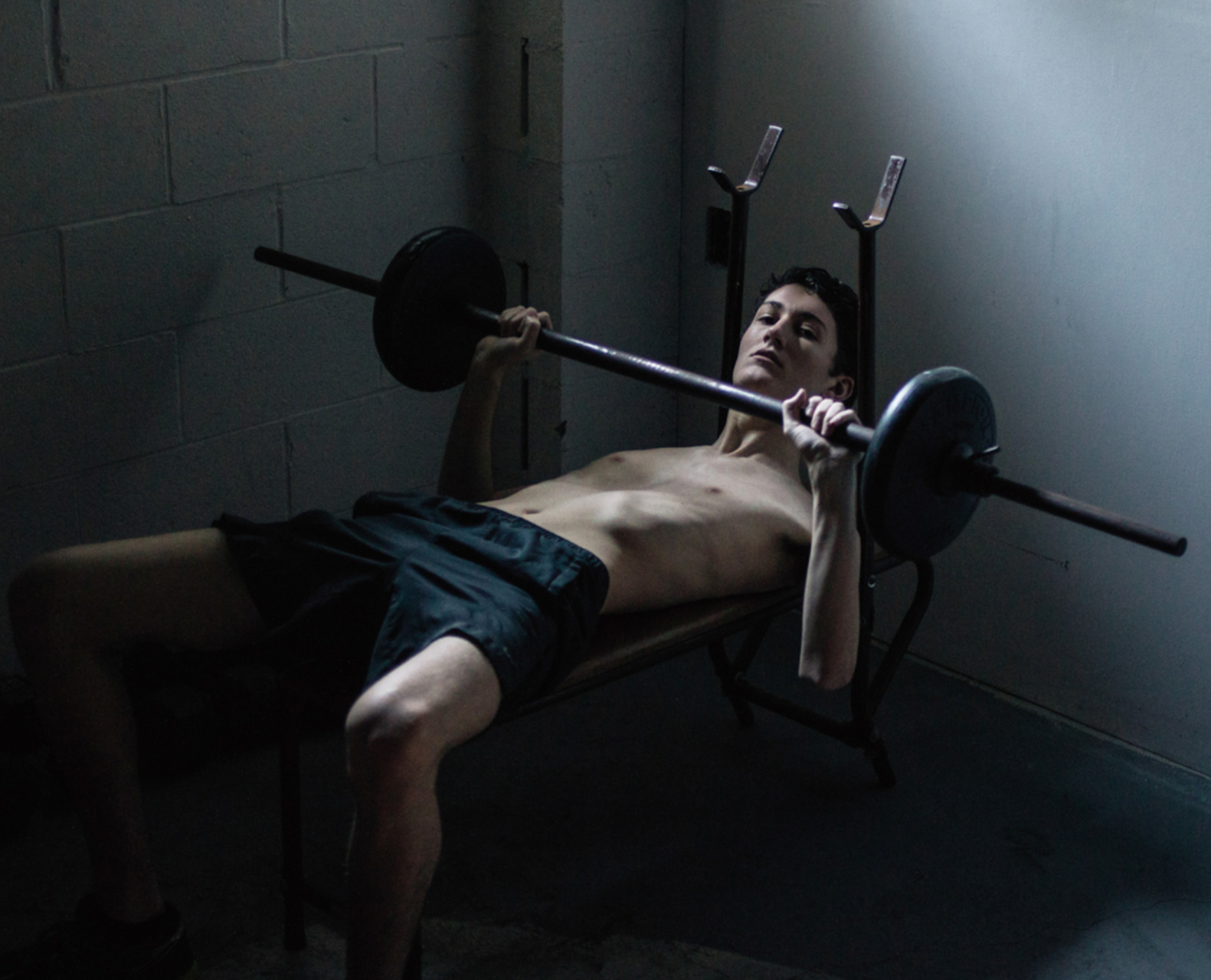 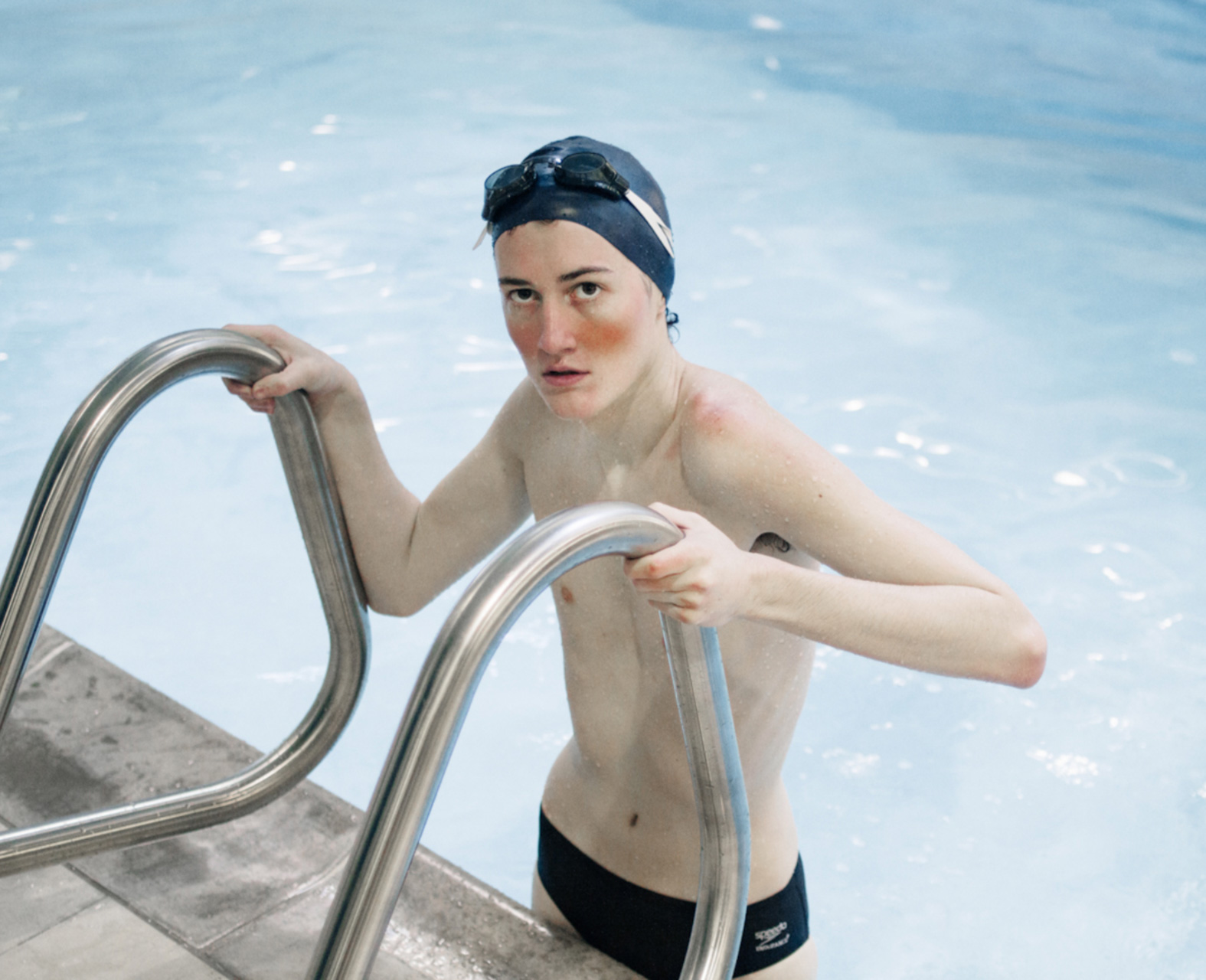 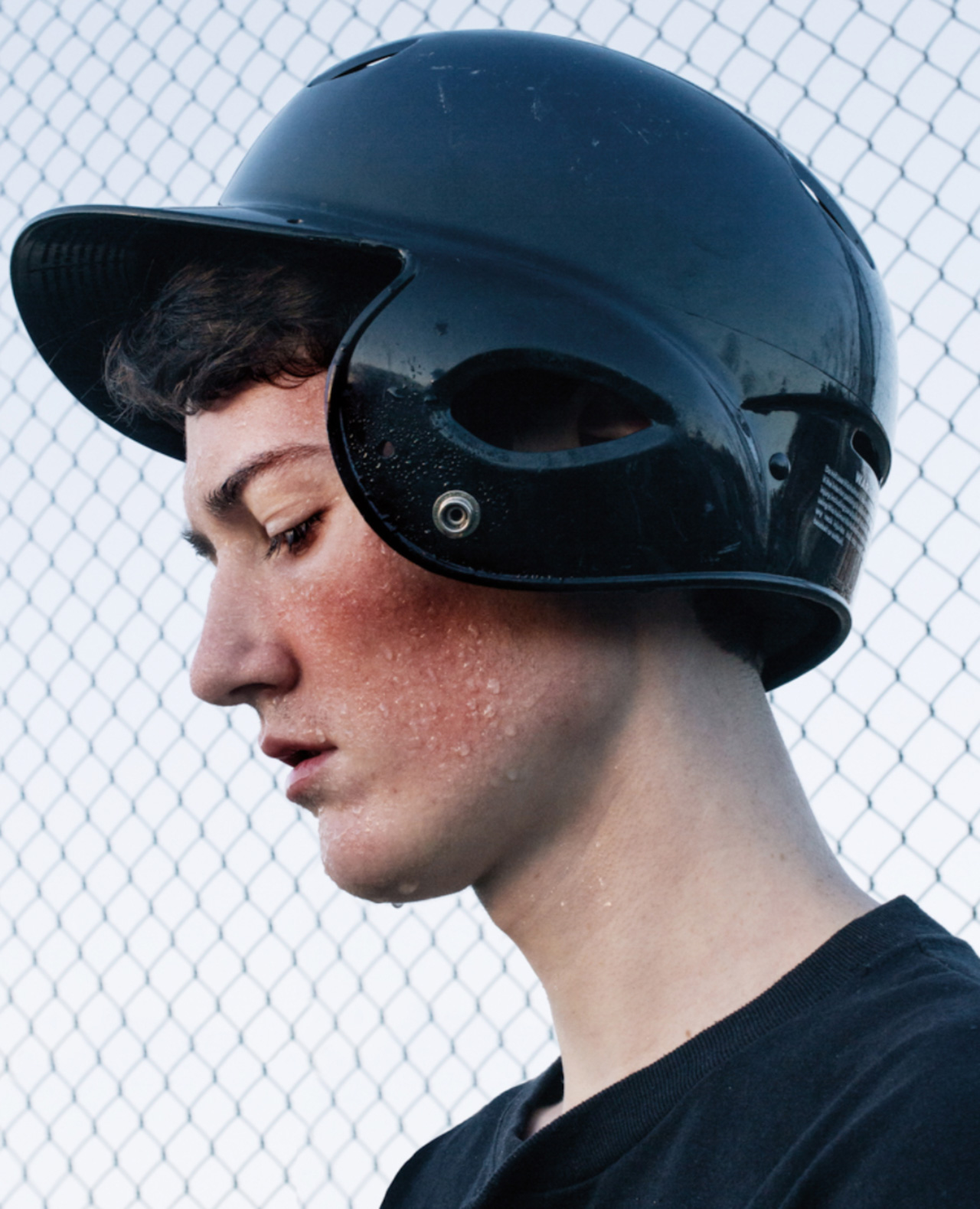 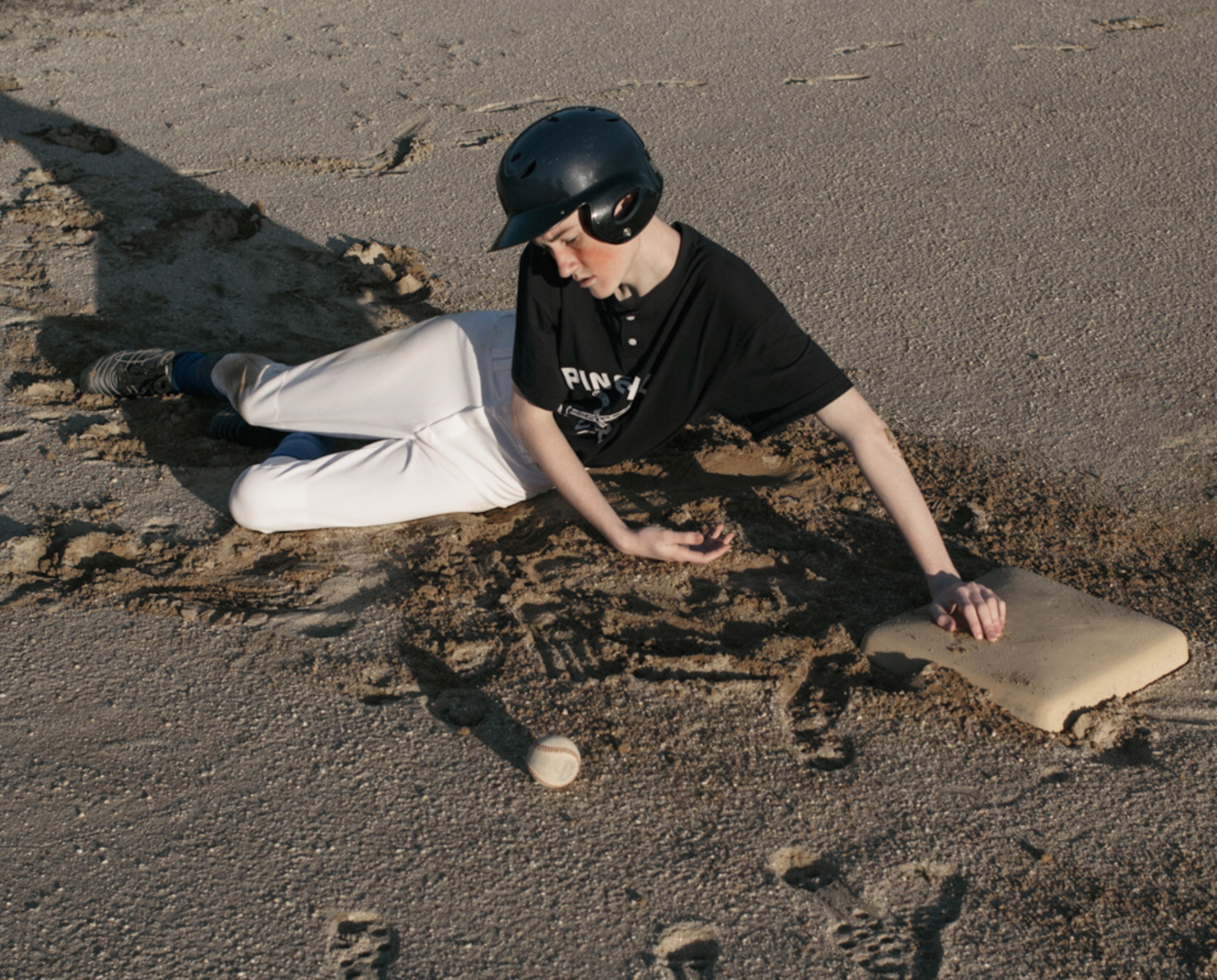 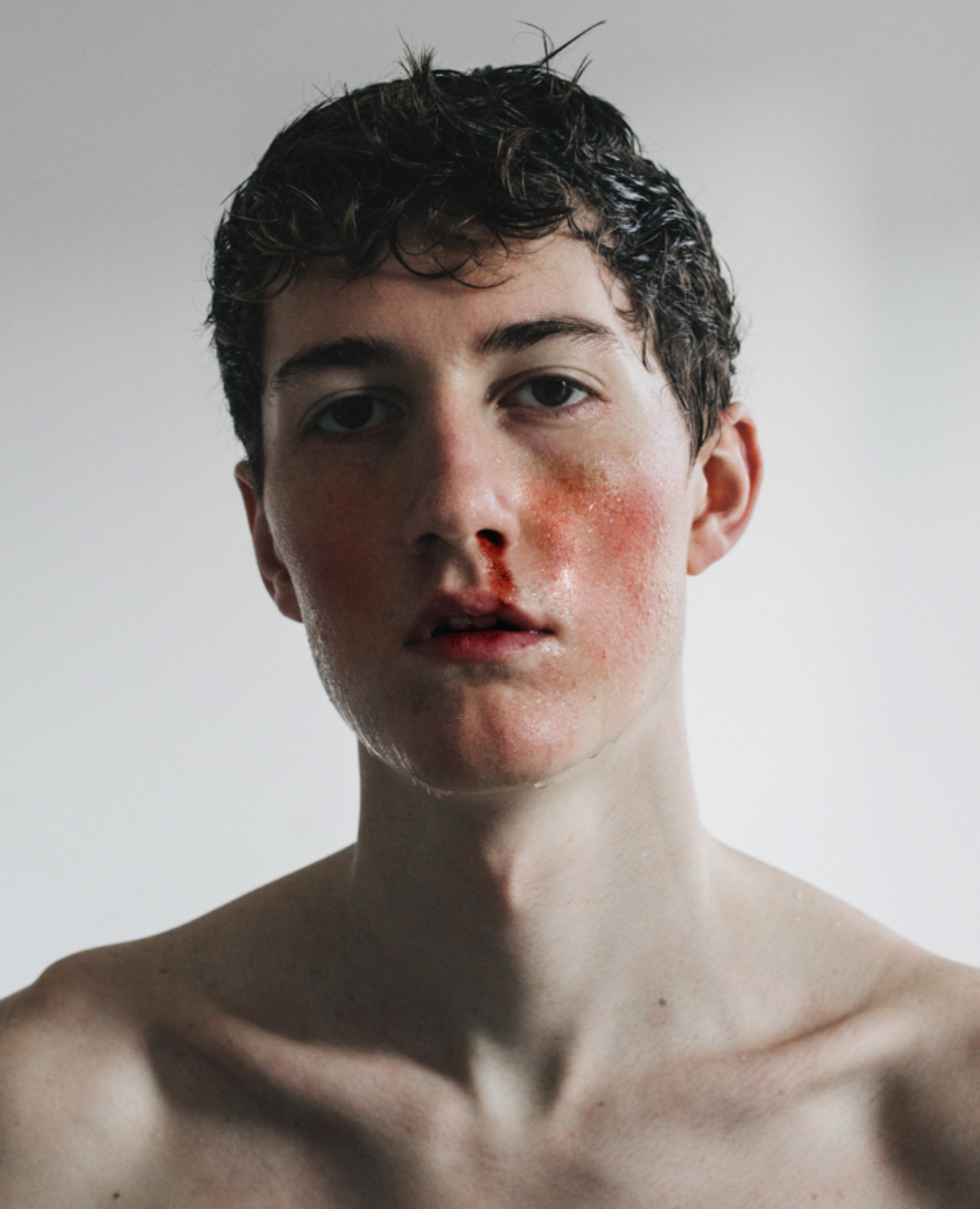 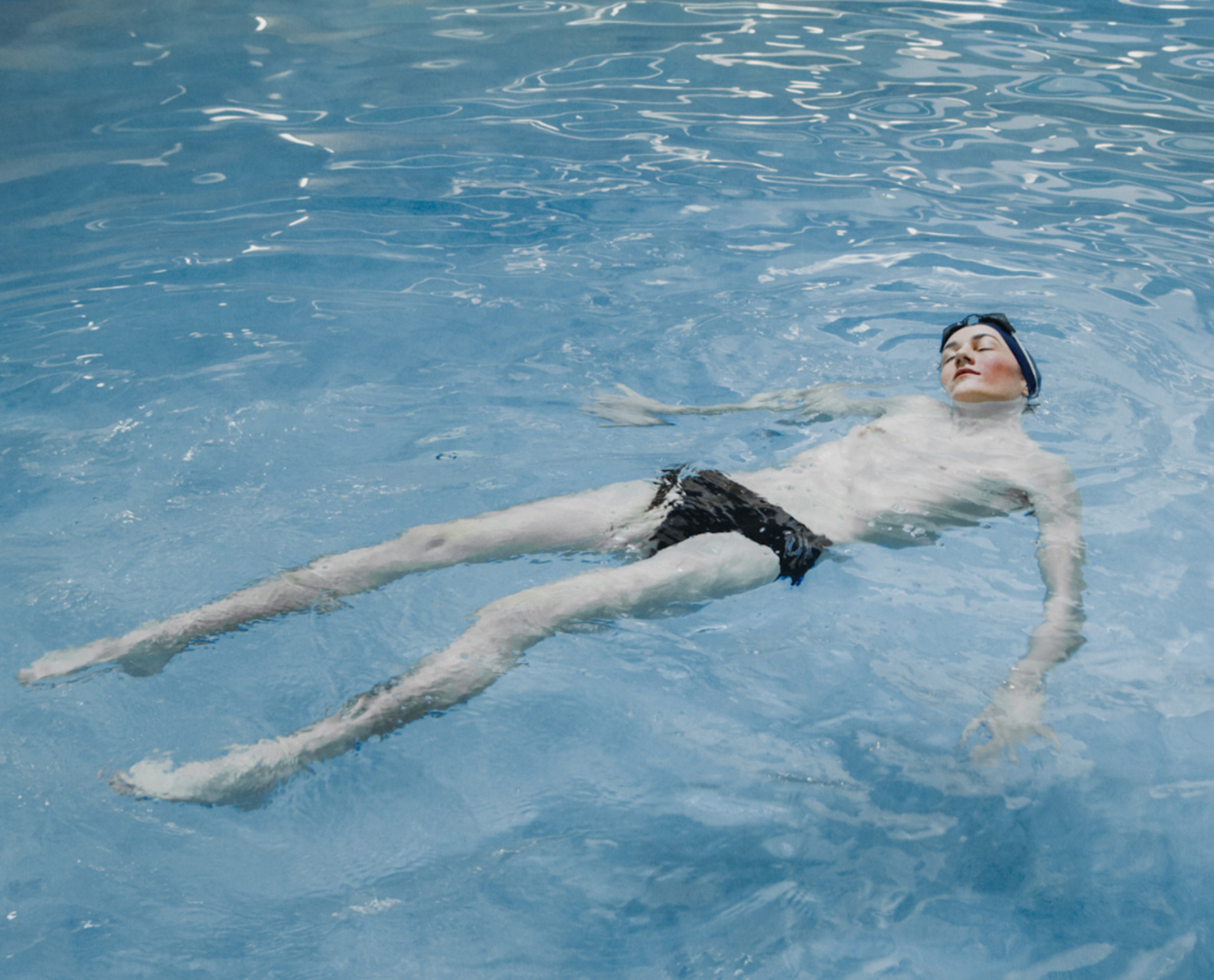 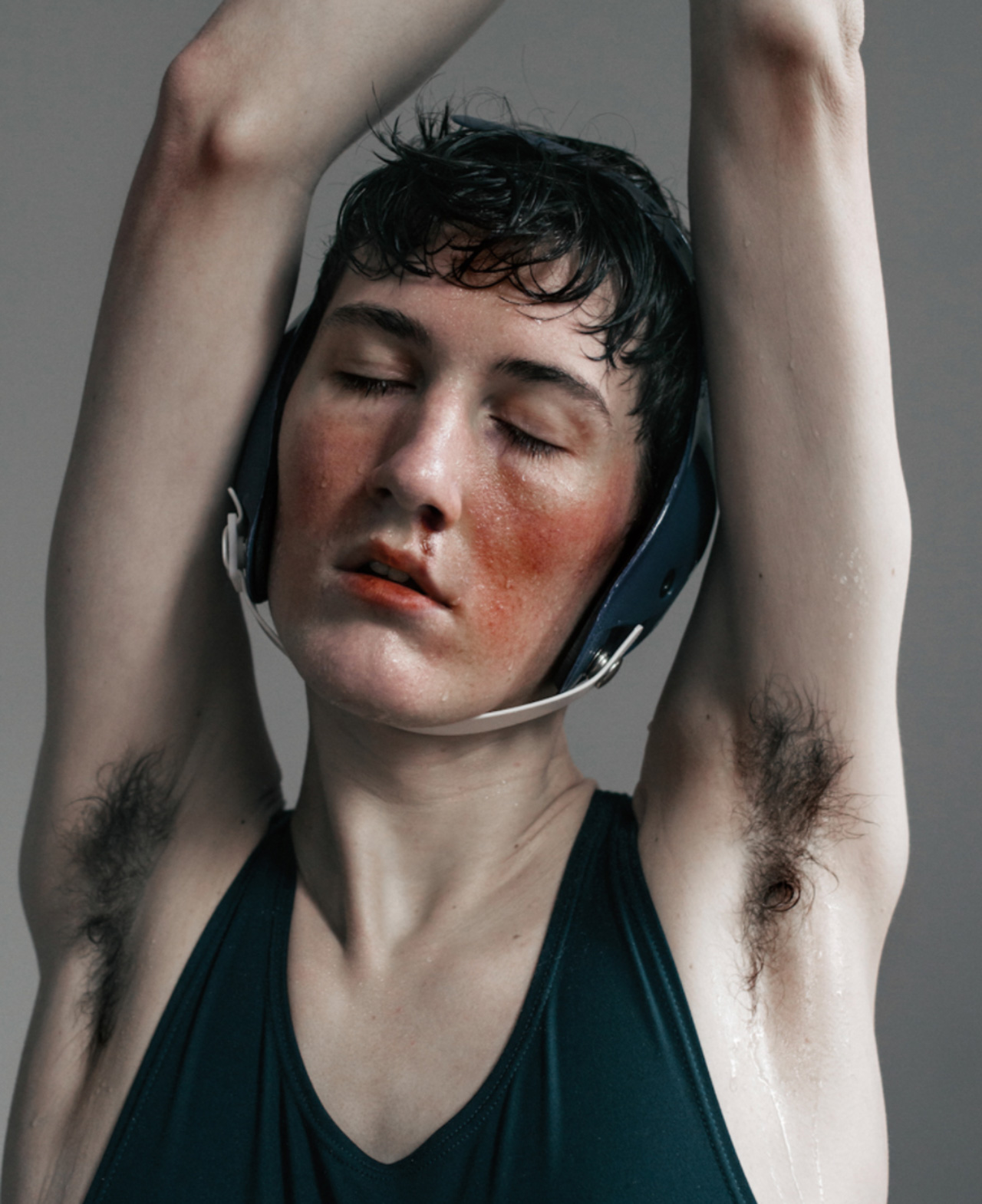 New York based photographer Ryan Caruthers (b.1994) presents his series Tryouts, a personal depiction of the isolation and unease he felt during his formative years, towards sports. Affected by a physical condition that contributed to his estrangement from any athletic activity, the photographer felt he was automatically drifting away from society’s expectations about his role of young man. “My body has never felt ordinary to me, as I have always been thin and fragile. Being born with a bone deformity in my chest called Pectus Excavatum, only contributed to my immense feeling of solitude and to remove me from masculinity,” he explains. “Being a closeted homosexual throughout this experience also created a further separation from other boys.”

The series shows staged scenes featuring the photographer himself as his younger counterpart, engaged in different sports. The photographs convey a sense of profound delicacy through his ivory-like body and the flushed, romantic colours, while the presence of blood in certain scenes provides not only a chromatic contrast but also hints at the violence perceived by the photographer during his teenage years. His blood-red cheeks and lips suggest the effort made in order to fit in and the inescapable revelation of one’s own nature. This is particularly addressed through the sensual poses adopted in a sport situation, evoking the coming to terms with one’s own sexuality in a social context, a direct allusion to homosexuality, masculinity and expectations.