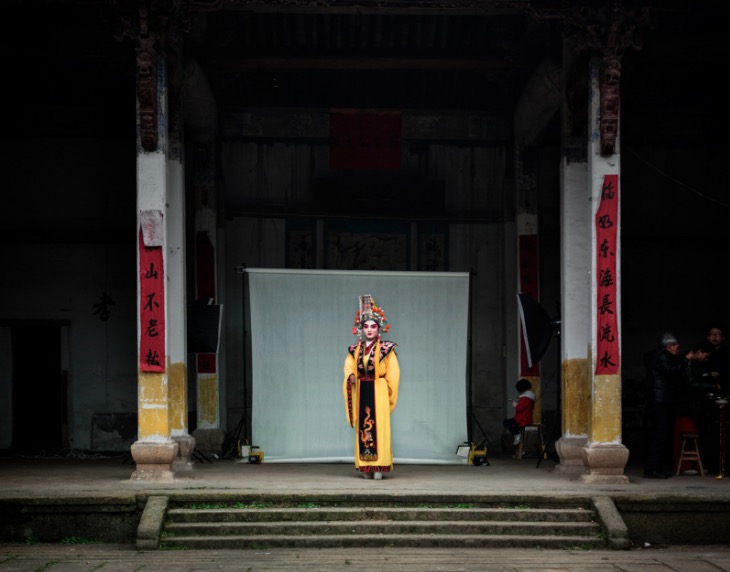 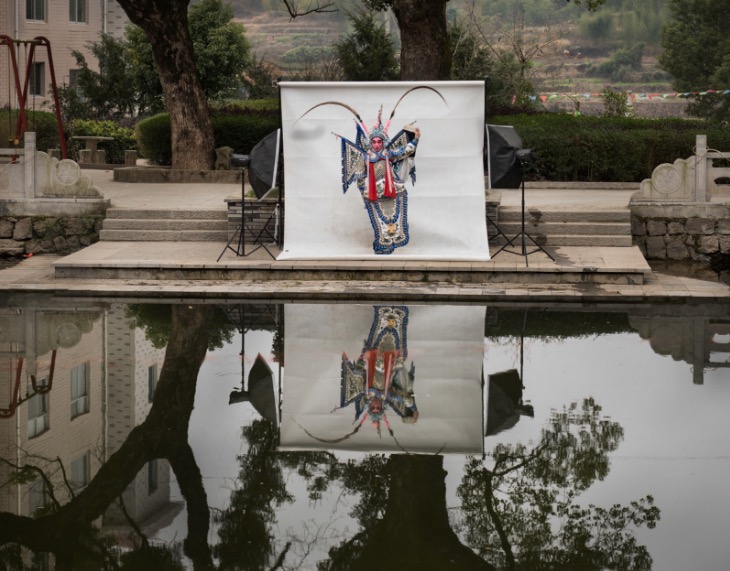 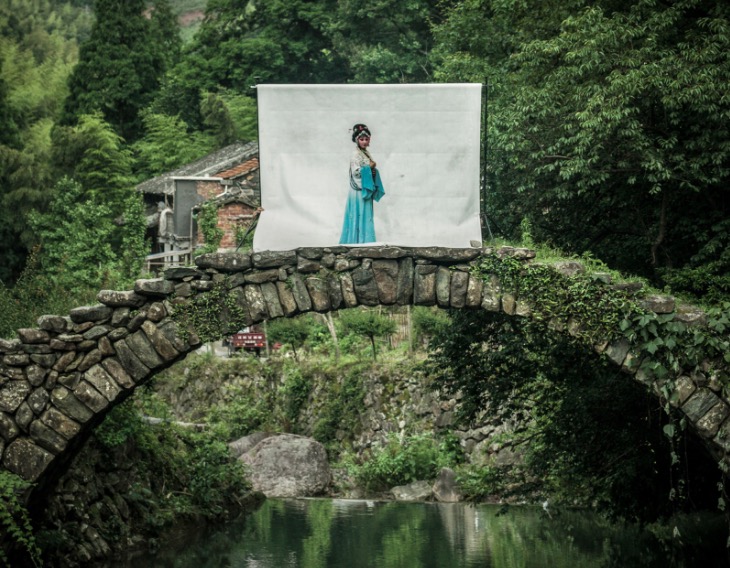 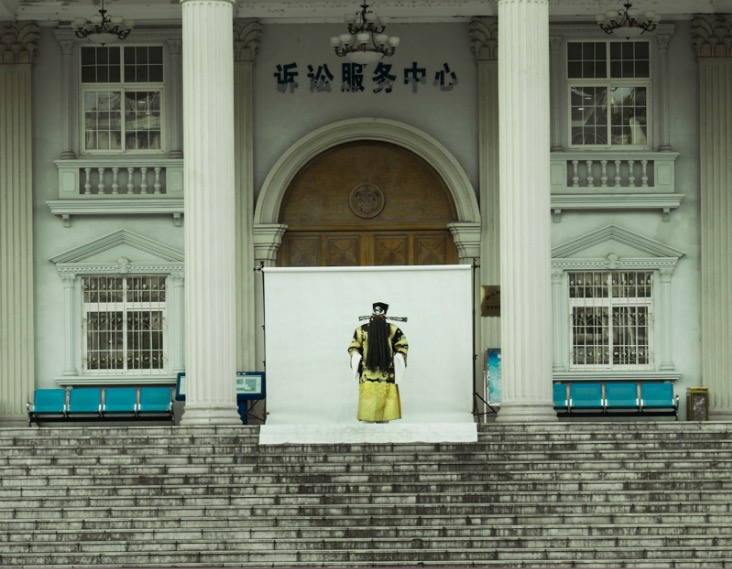 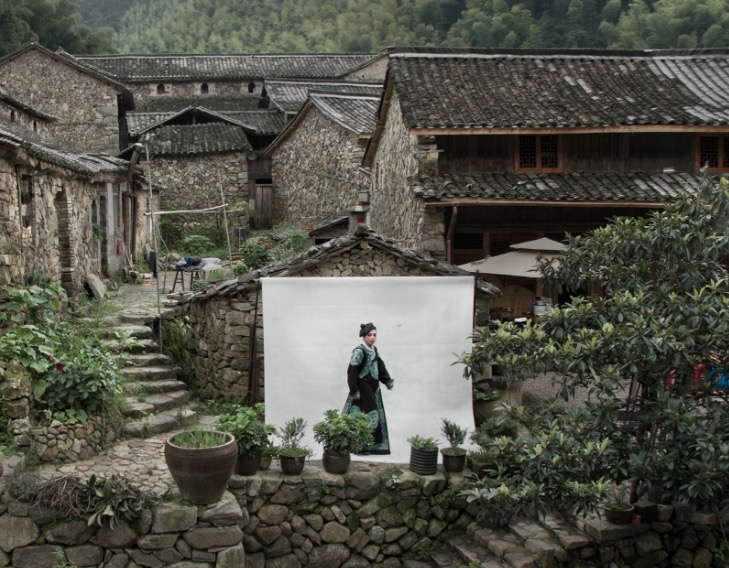 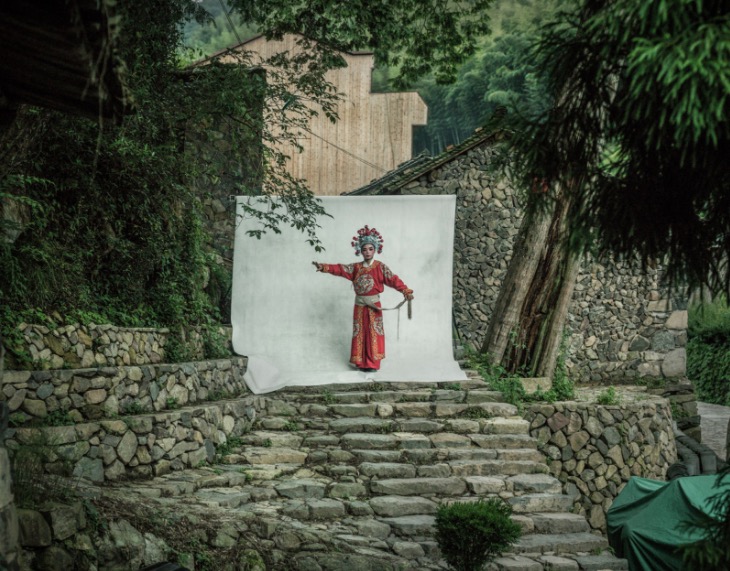 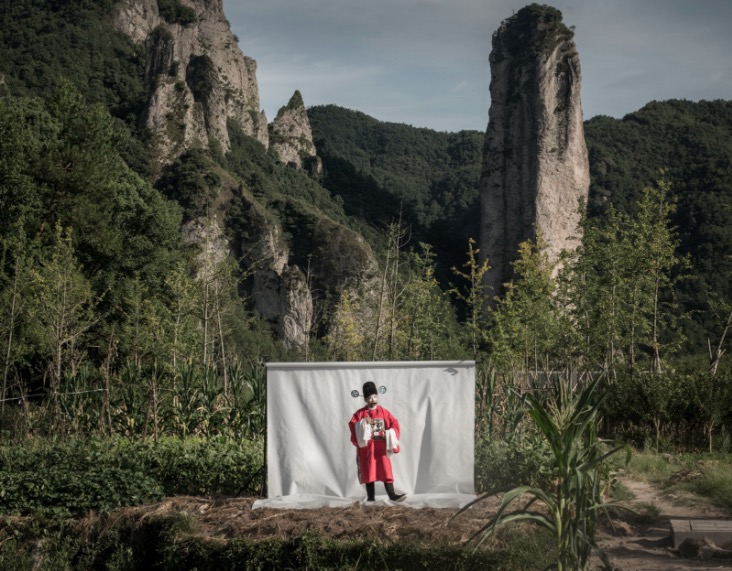 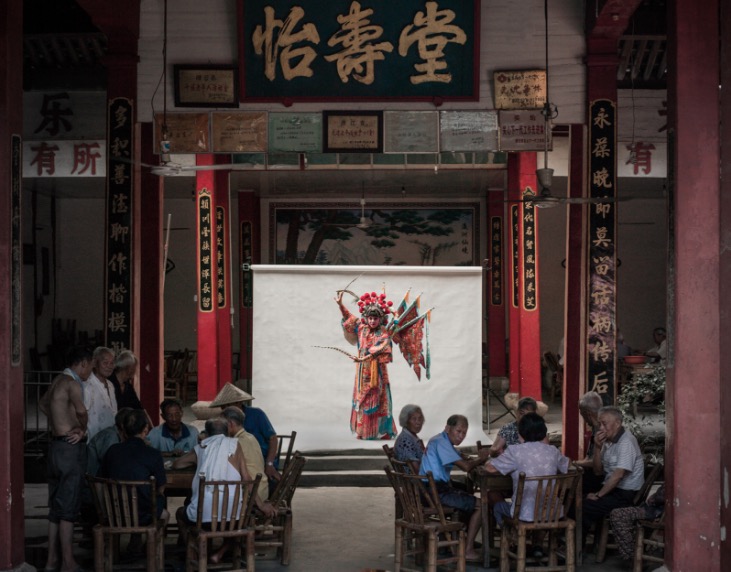 THE WU OPERA BEHIND THE STAGE

Chinese photographer Yu Hua (b.1963) introduces us to actors of the Wu Opera, which plays an important part of the rural residents’ life in the Jinhua area. Wu Opera is a hybrid of six singing styles from different traditional genres in China. This mixture reveals the magic of ancient tales executed by performers in extravagant folklore costumes and traditional make-up. For Hua, art is something superior to life. “Art can peel off the appearances of things,” he says. “It extracts the true meaning of hidden realities and can give people a kind of beautiful enjoyment.”

Especially this final point is something that Hua proves throughout his series, as The Wu Opera Behind the Stage is a feast for the eye. We see mythical figures in front of white backdrops in the most amazing environments: rural villages, picturesque courtyards and stylized oriental gardens. The scenes look straight out of a fairy tale, with the exception that the photographer’s setting is left in full view, as if the white frames cover a temporary escape from reality. We are thus allowed a view not only of the theatrical fantasy, but also his participation in the creation of it. The series show the multiplicity of the region’s cultural heritage in a beautiful and intriguing way.

Yu Hua’s work was included in the Lishui International Photography Festival 2017 in a group exhibition of local photography.