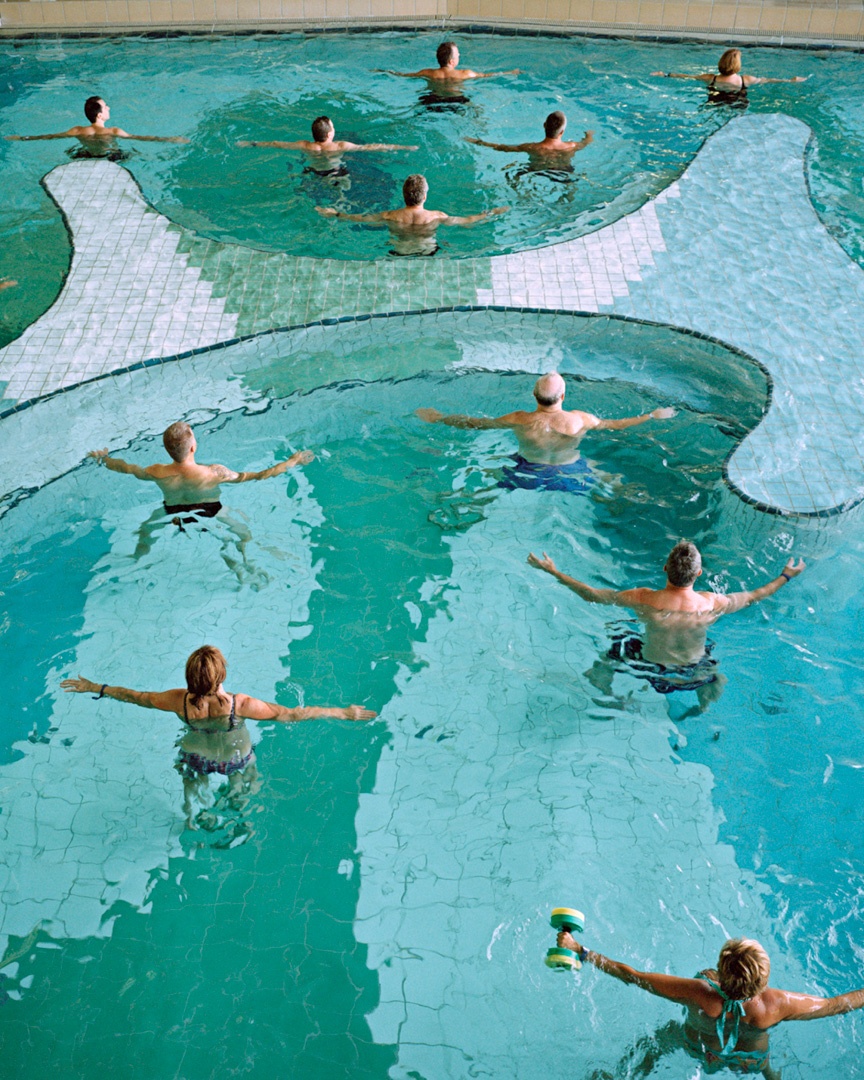 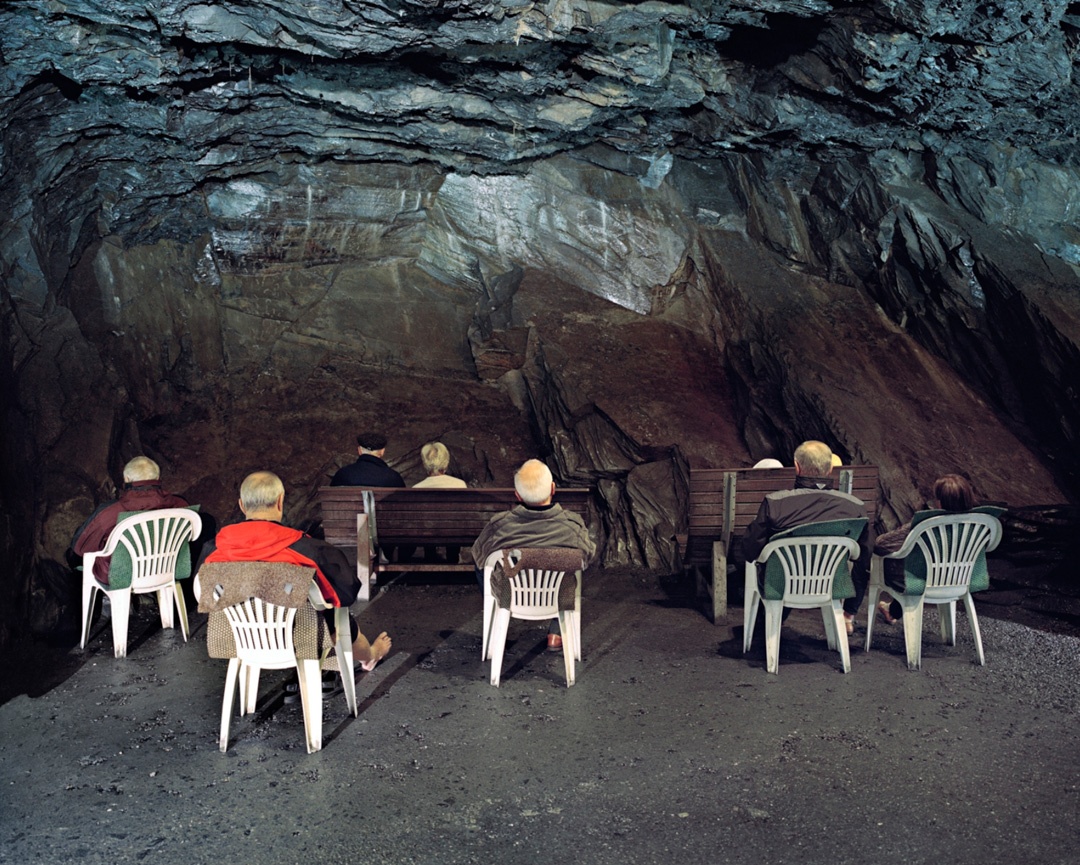 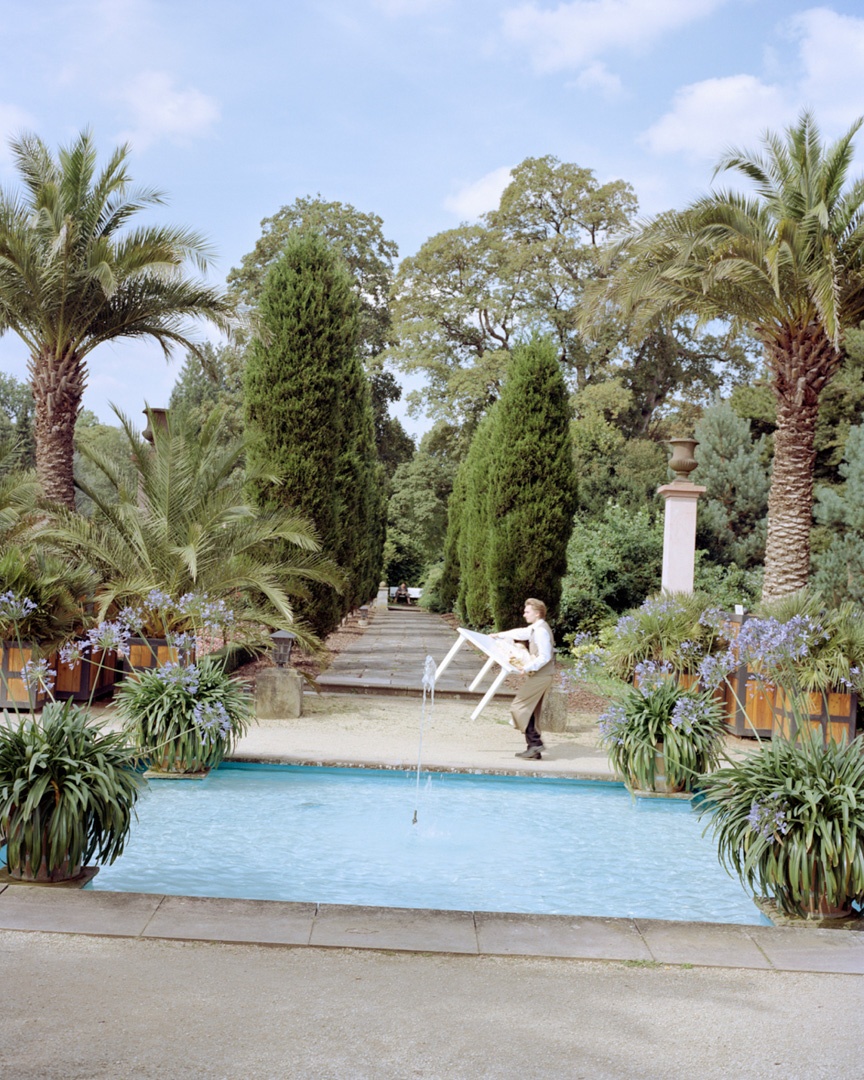 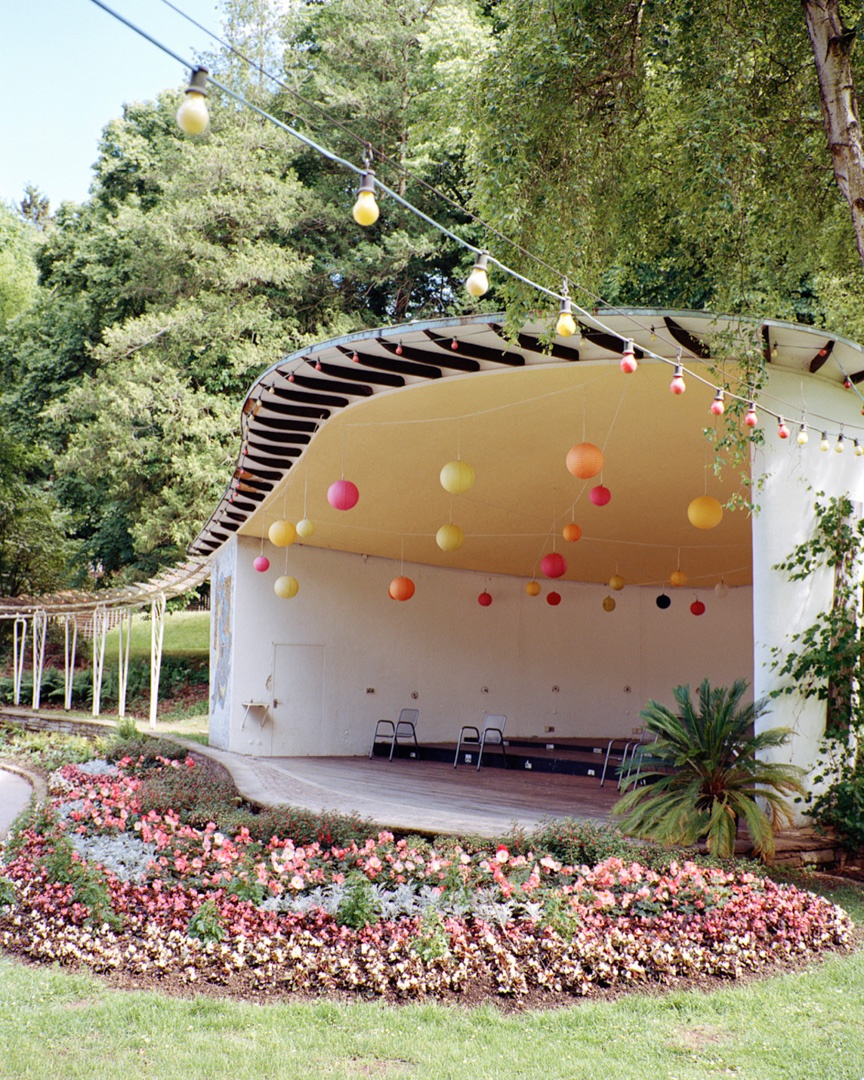 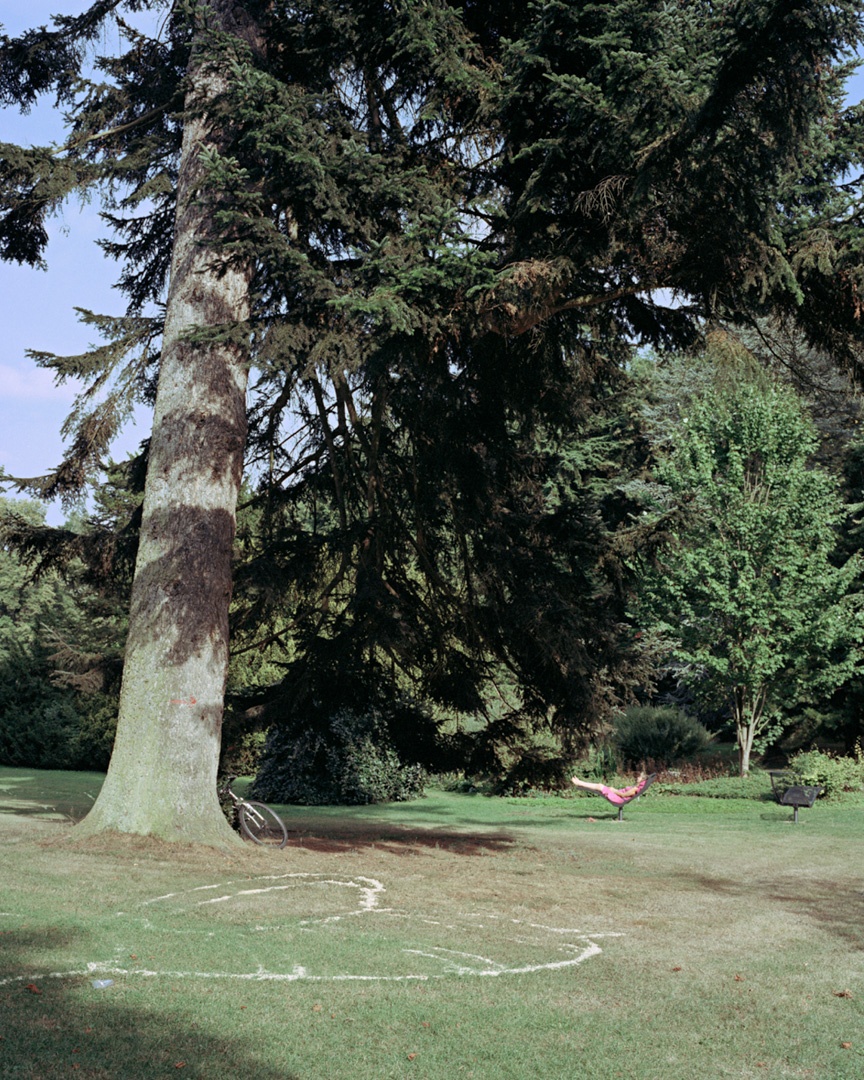 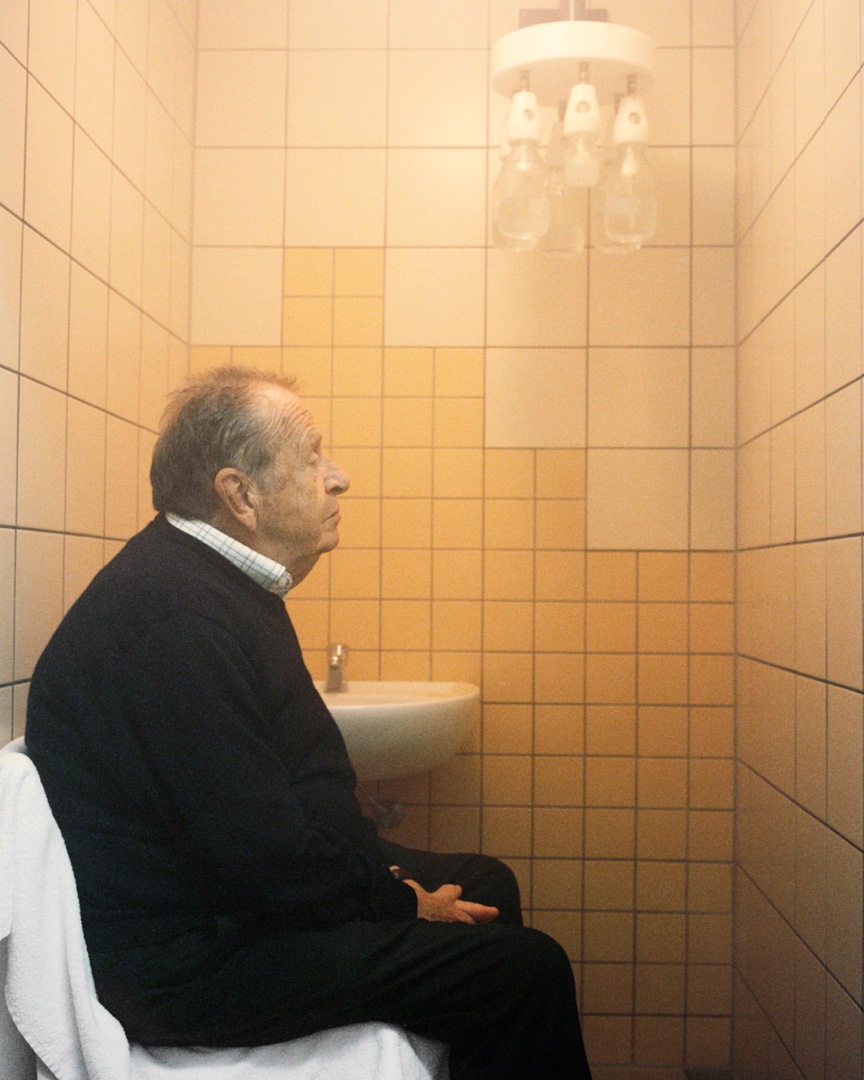 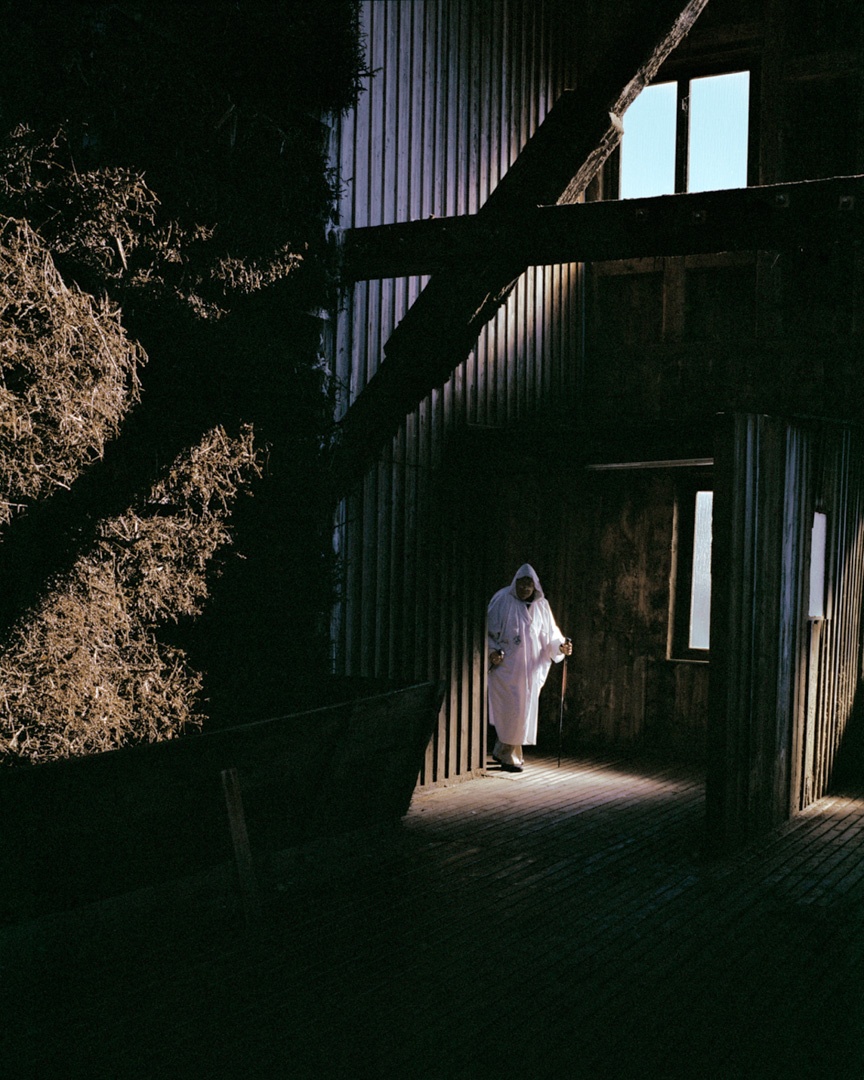 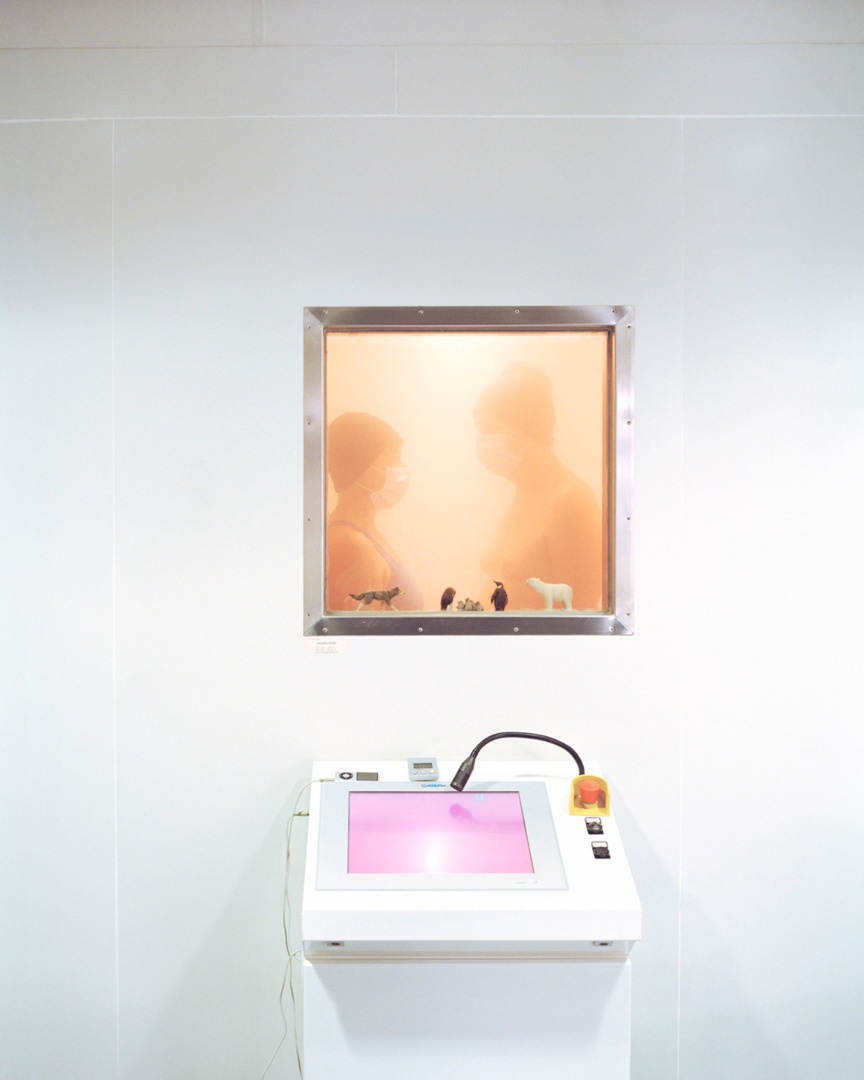 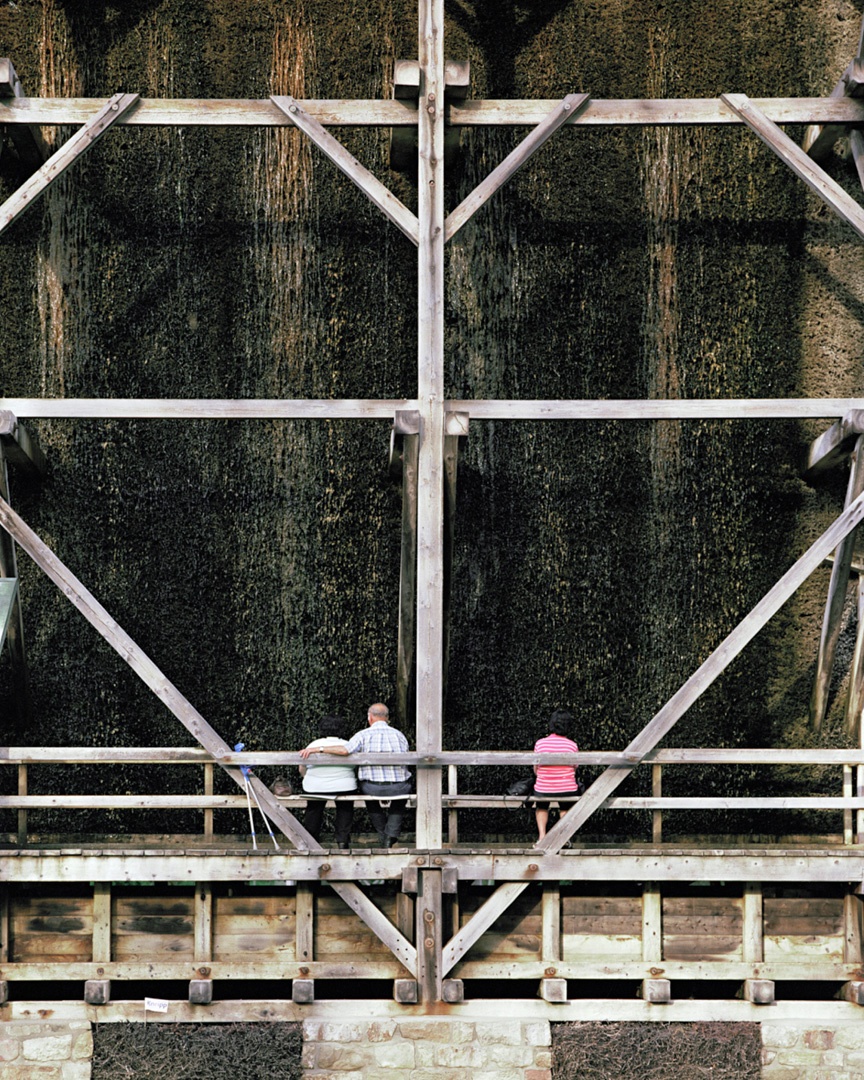 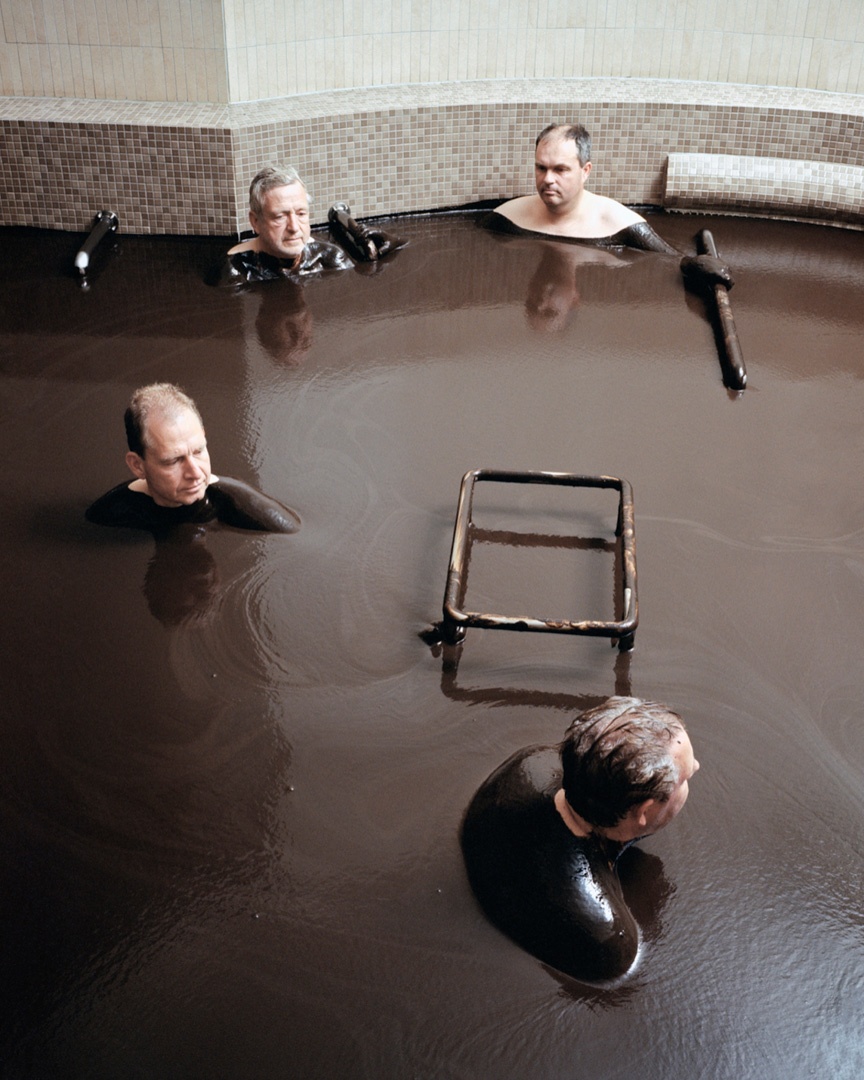 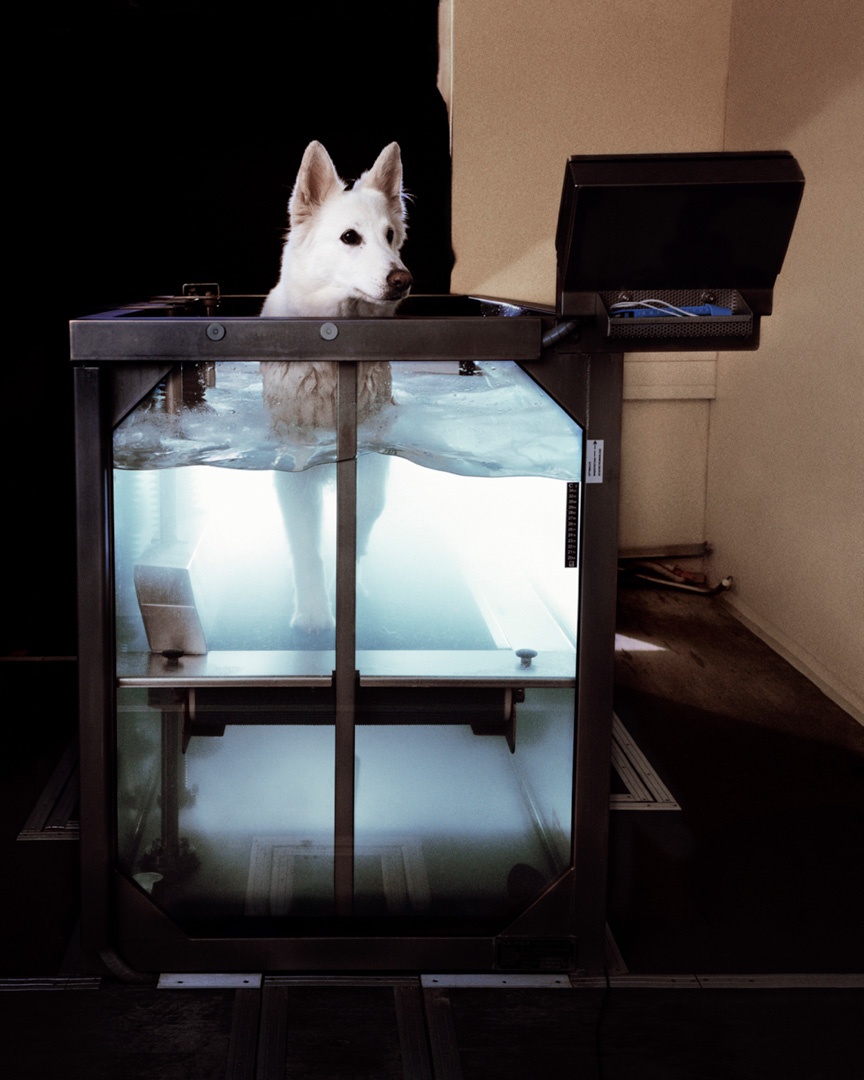 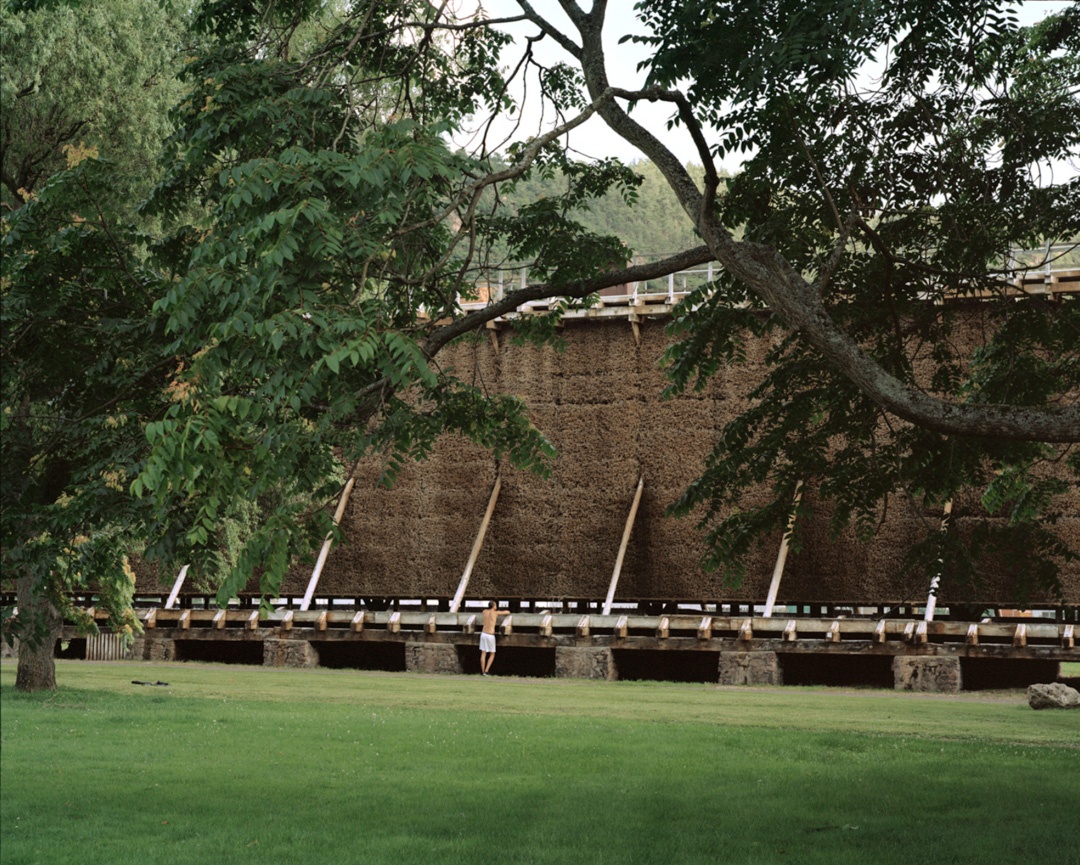 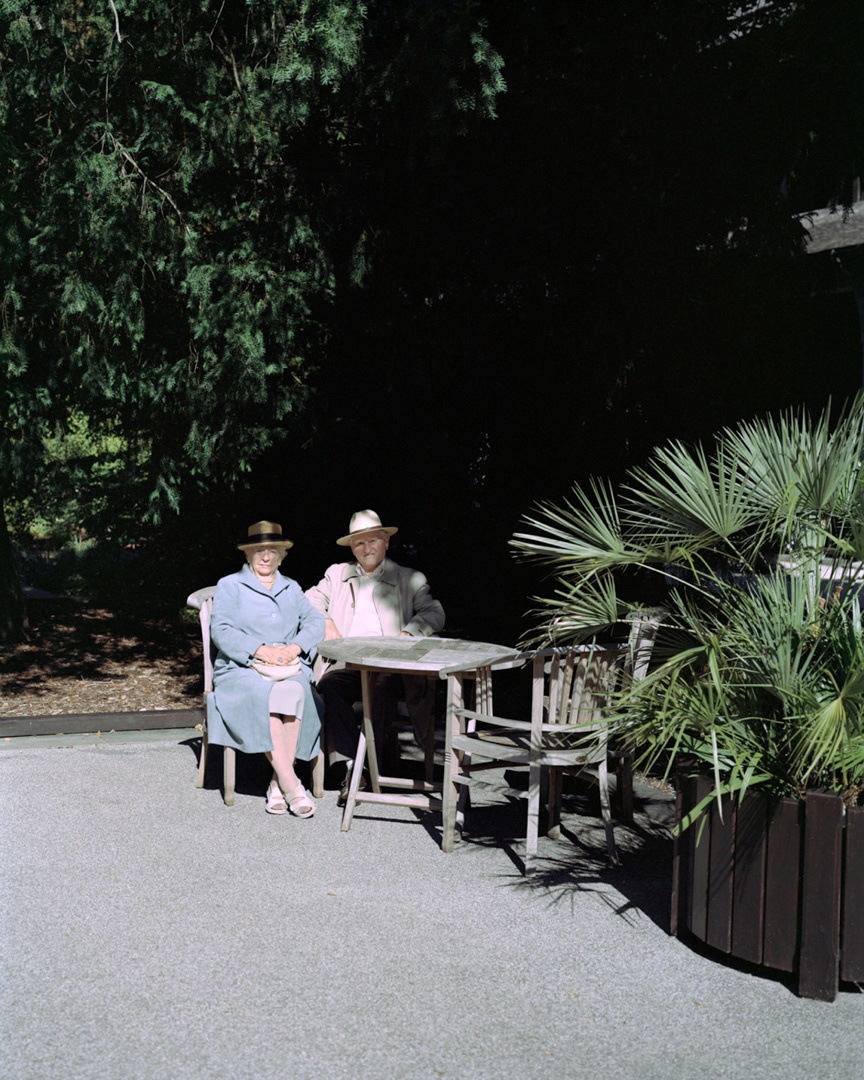 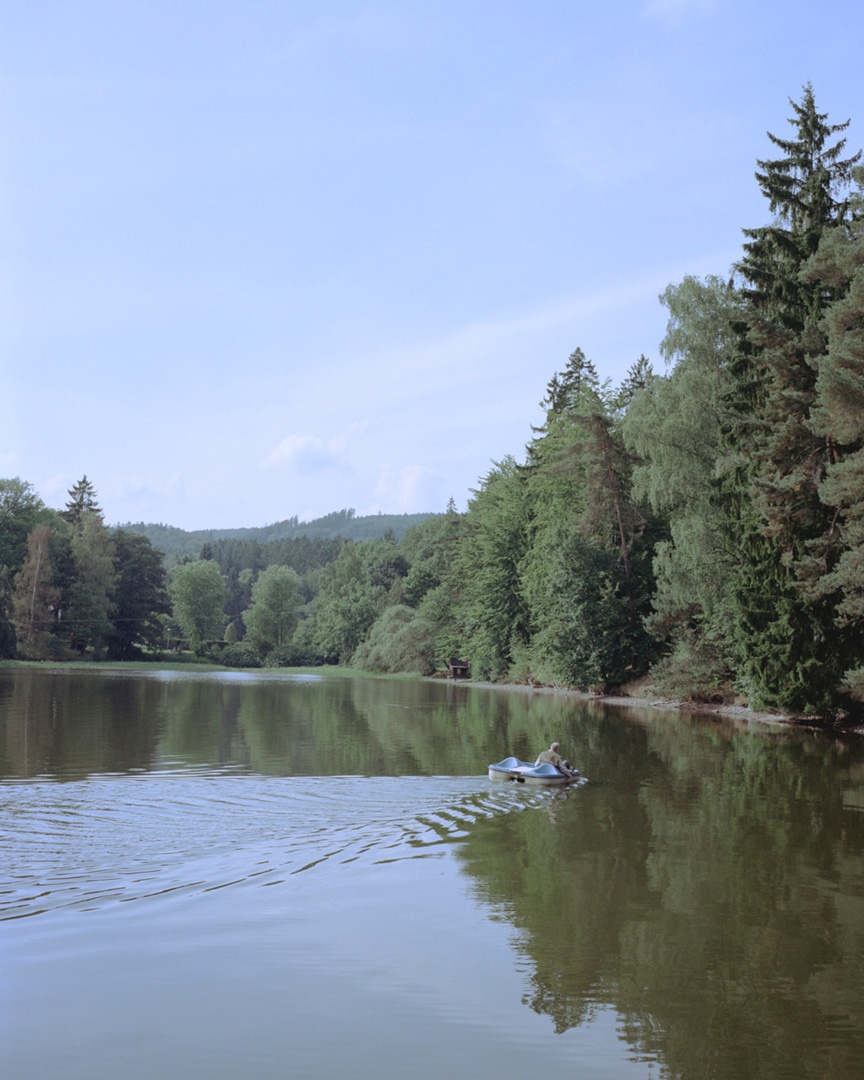 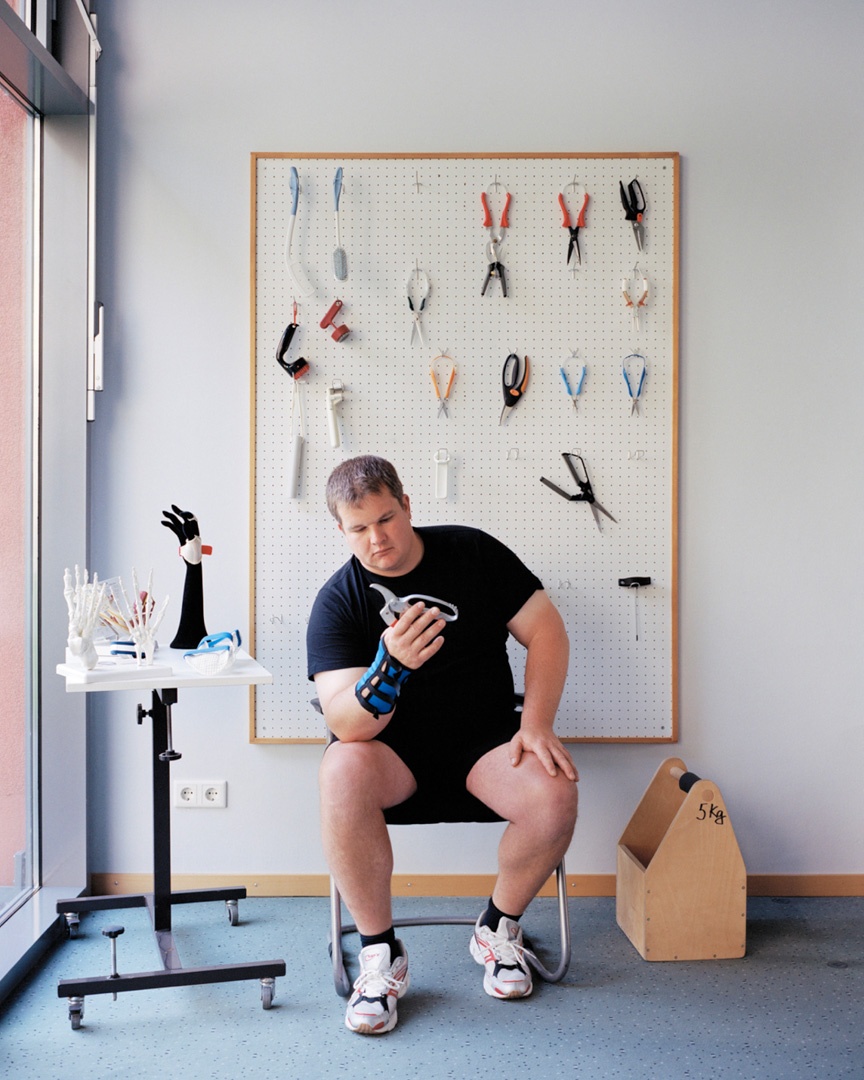 Spa towns first originated in Britain in the 18th century, but have had a lasting effect in German culture, which boasts over 300 spa towns, where people go to rest, recuperate and ease health problems. Alexander Krack (1981, Germany) explored some of these places in his series The Treatment, in order to find out whether their unifying aesthetic went deeper than just their facades and structures. Krack spent much of his own childhood in such places, having suffered with bronchitis and discovered ambivalent feelings towards the centres, which other residents also seemed to experience, as they are forced from the natural beauty outside into sterile buildings. Lustrous, green nature contrasts with the cold environment inside the spa buildings, in an artificial colour-palette carefully formulated with the purpose of relaxation. There is something quite surreal about the images; a dog walking in a shallow pool is one of the most obscure, recalling memories of space-age inventions from 50 years ago. Krack’s photographs are a revealing, almost humorous look into what we will do in order to make ourselves feel better.

Alexander Krack was one of the 38 photographers selected for the shortlist of GUP#47, our 10th anniversary issue, for which an Open Call was held.