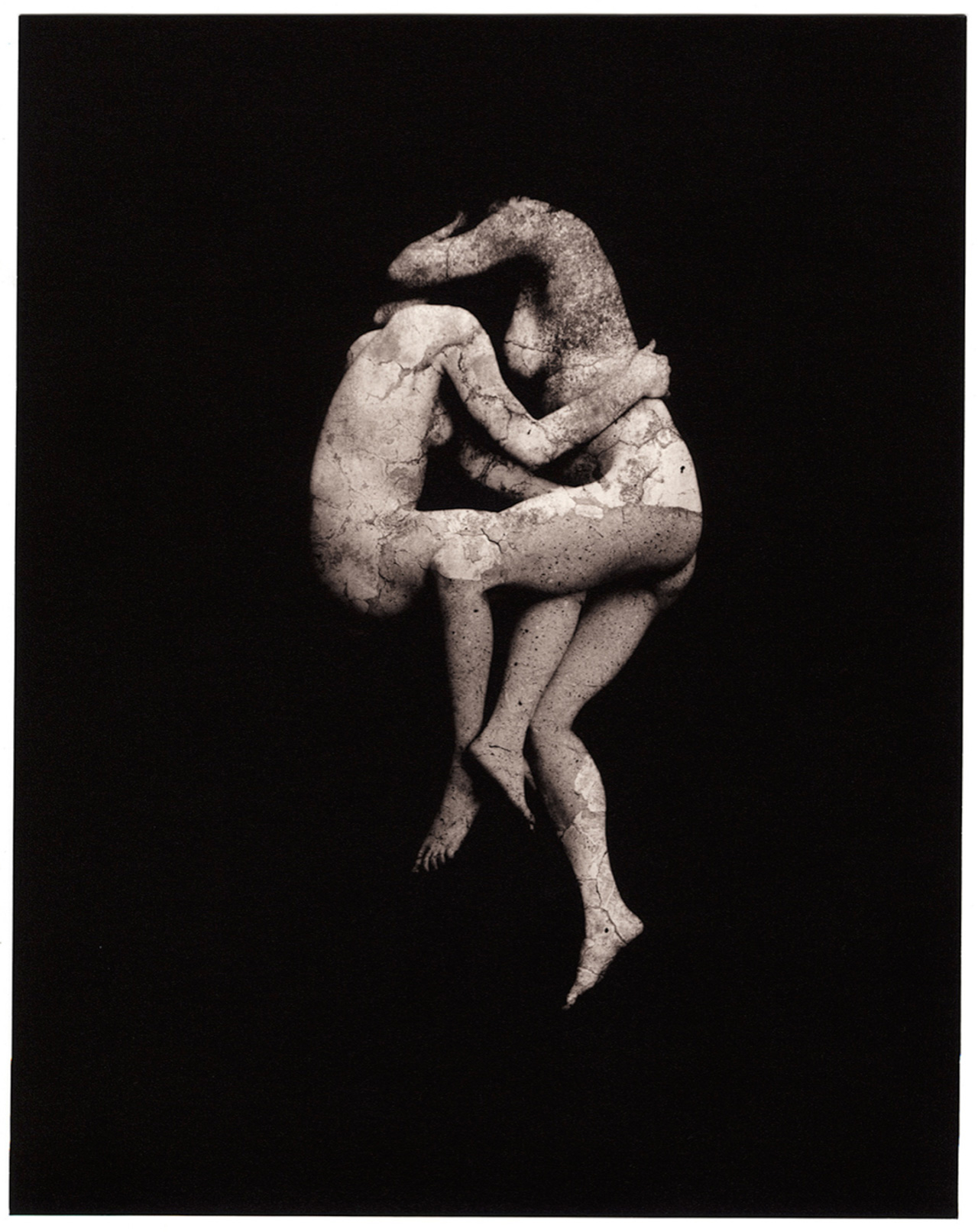 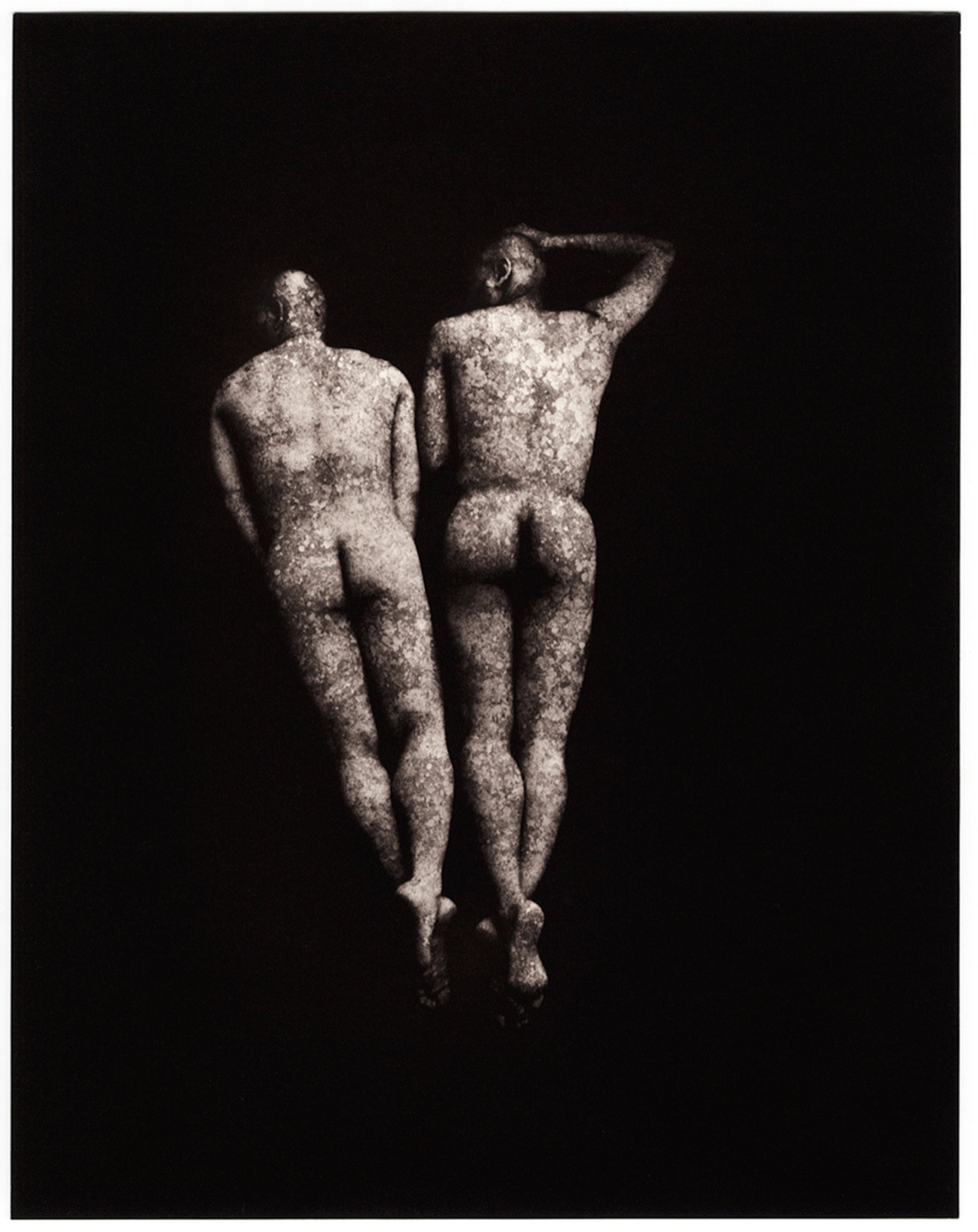 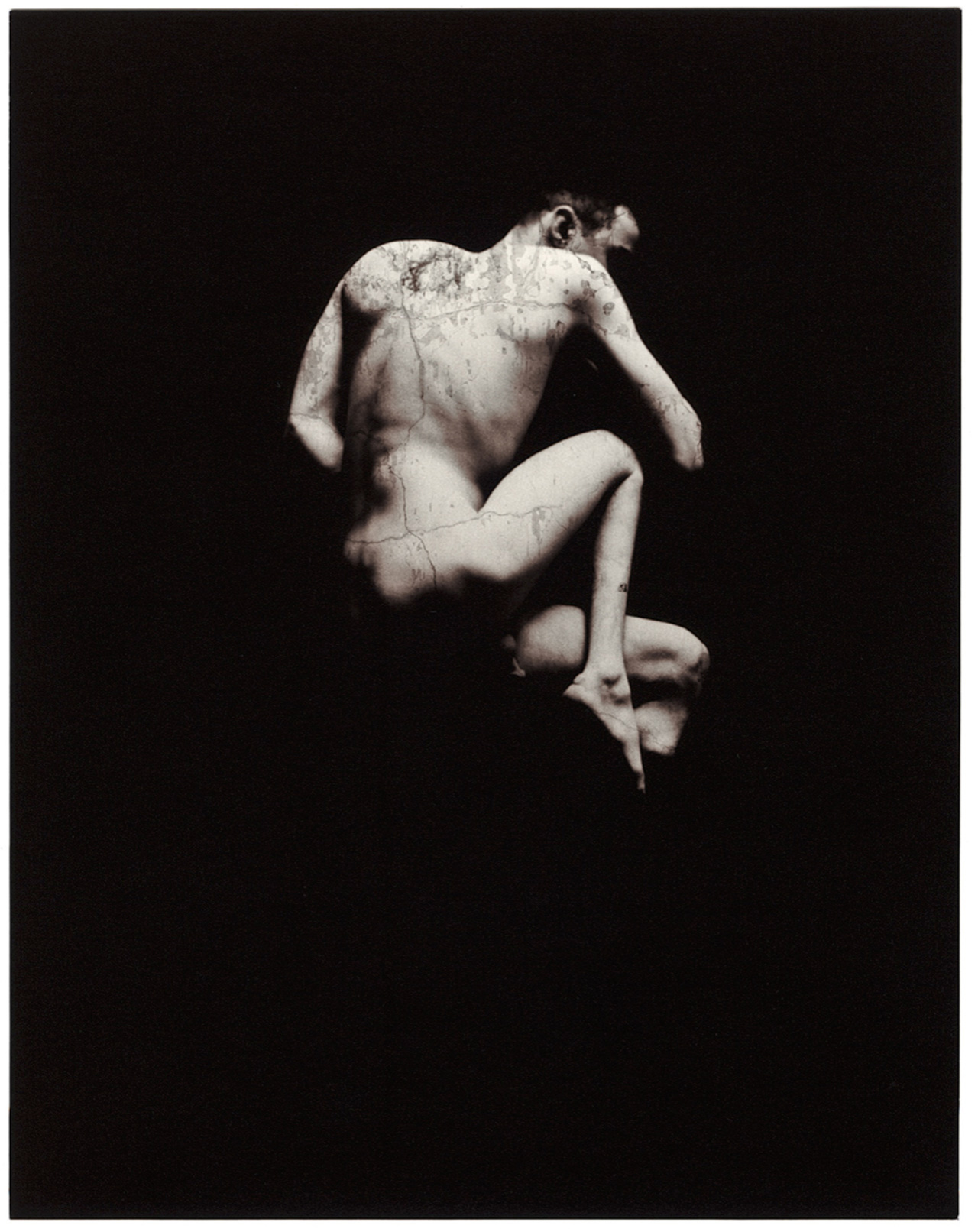 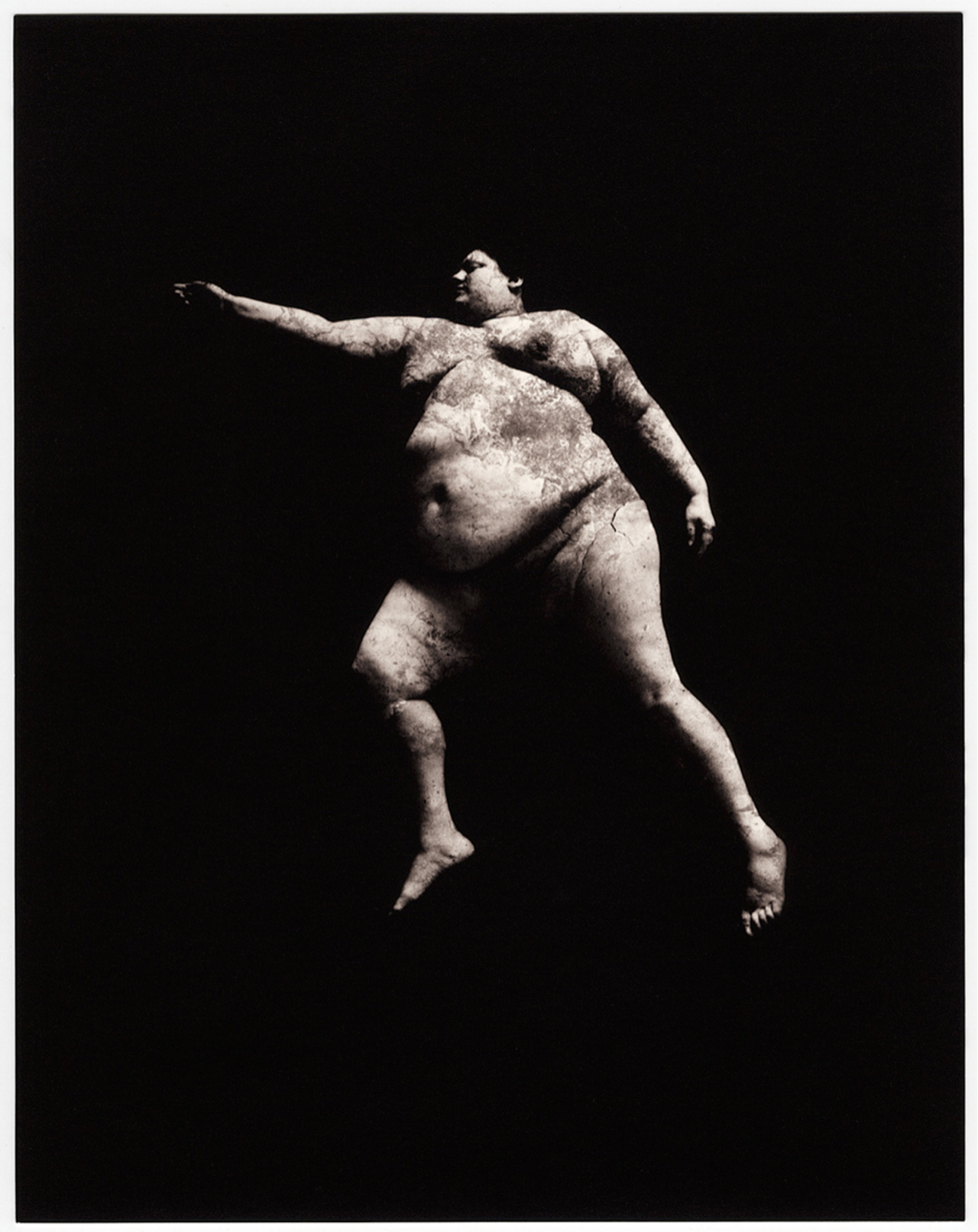 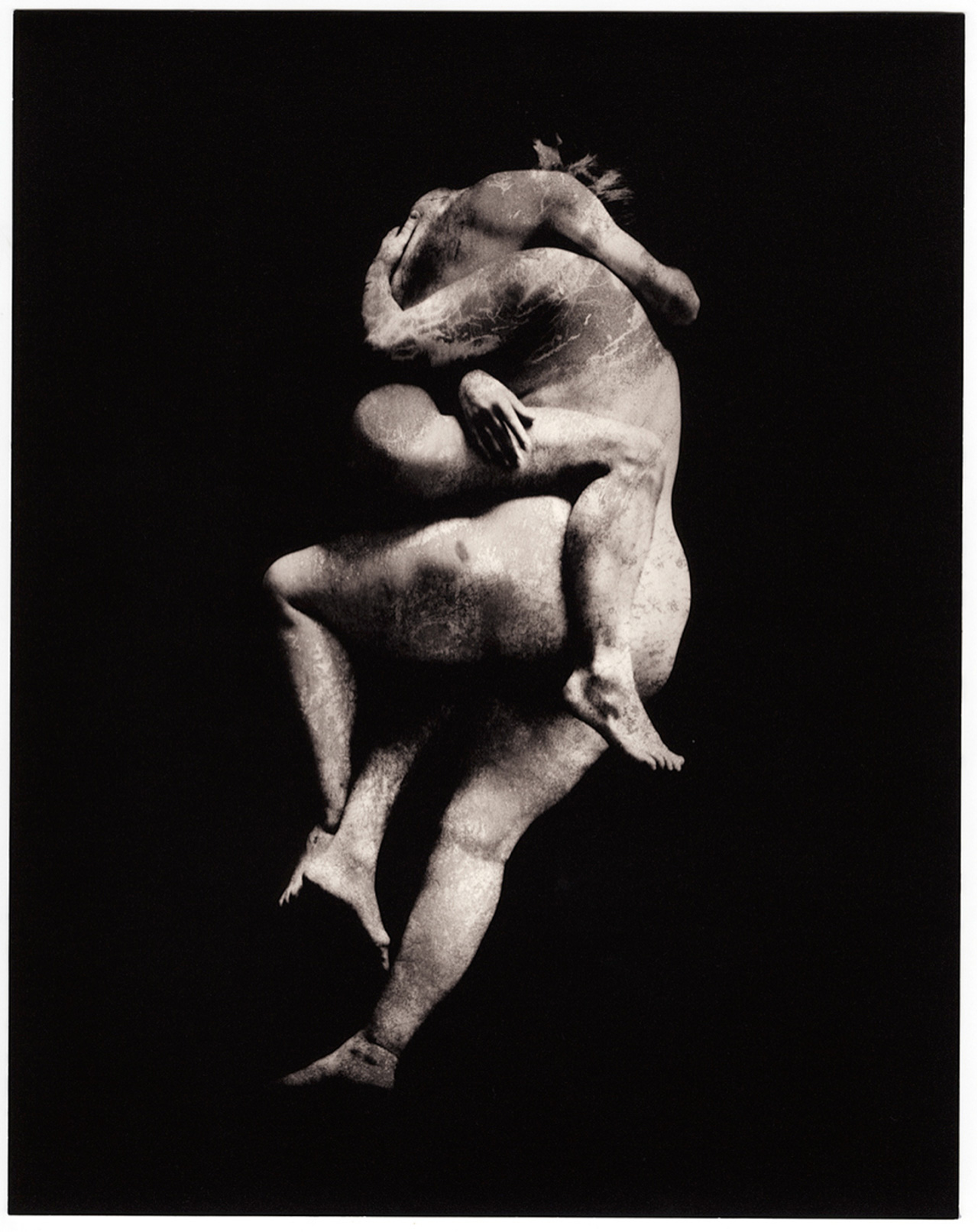 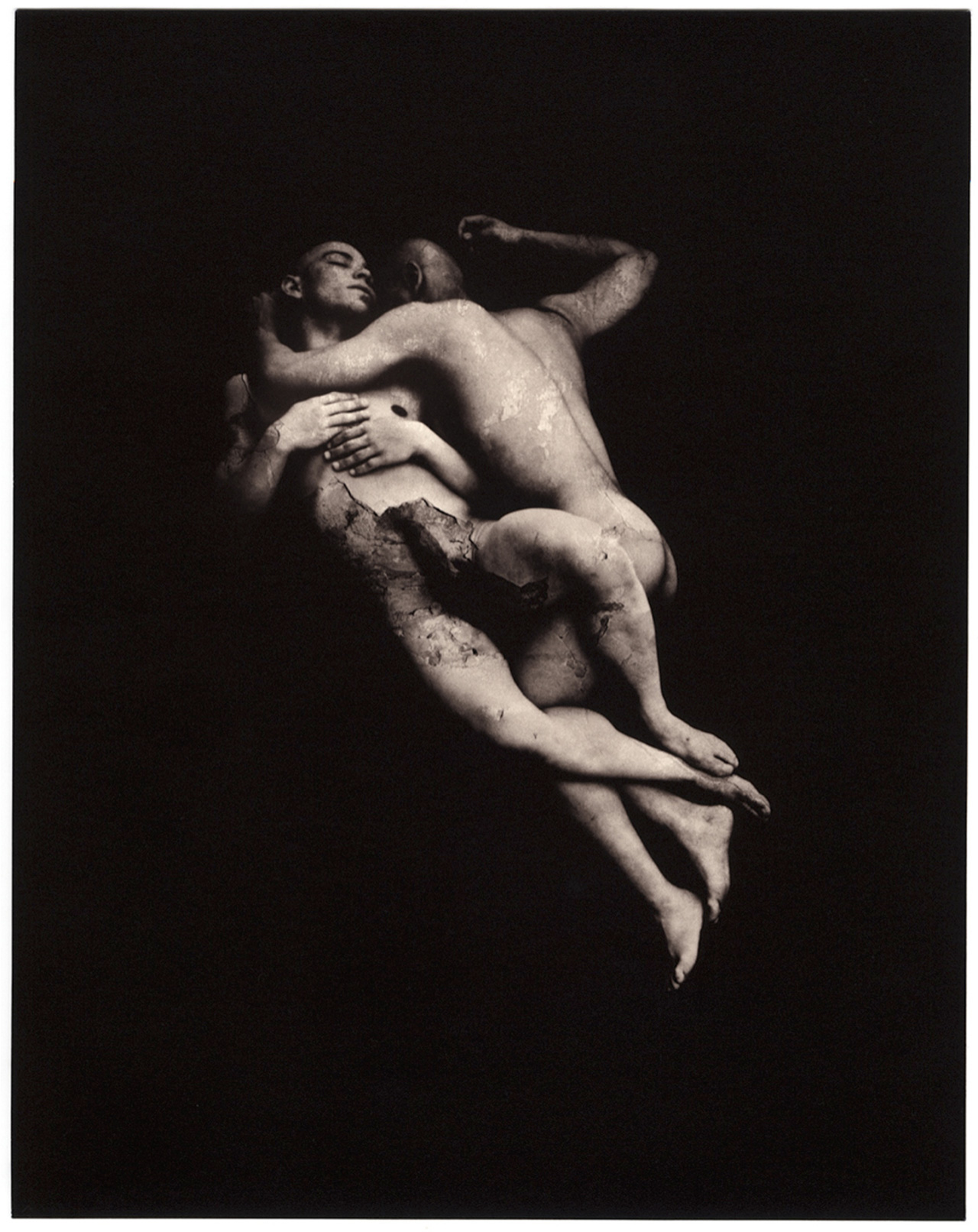 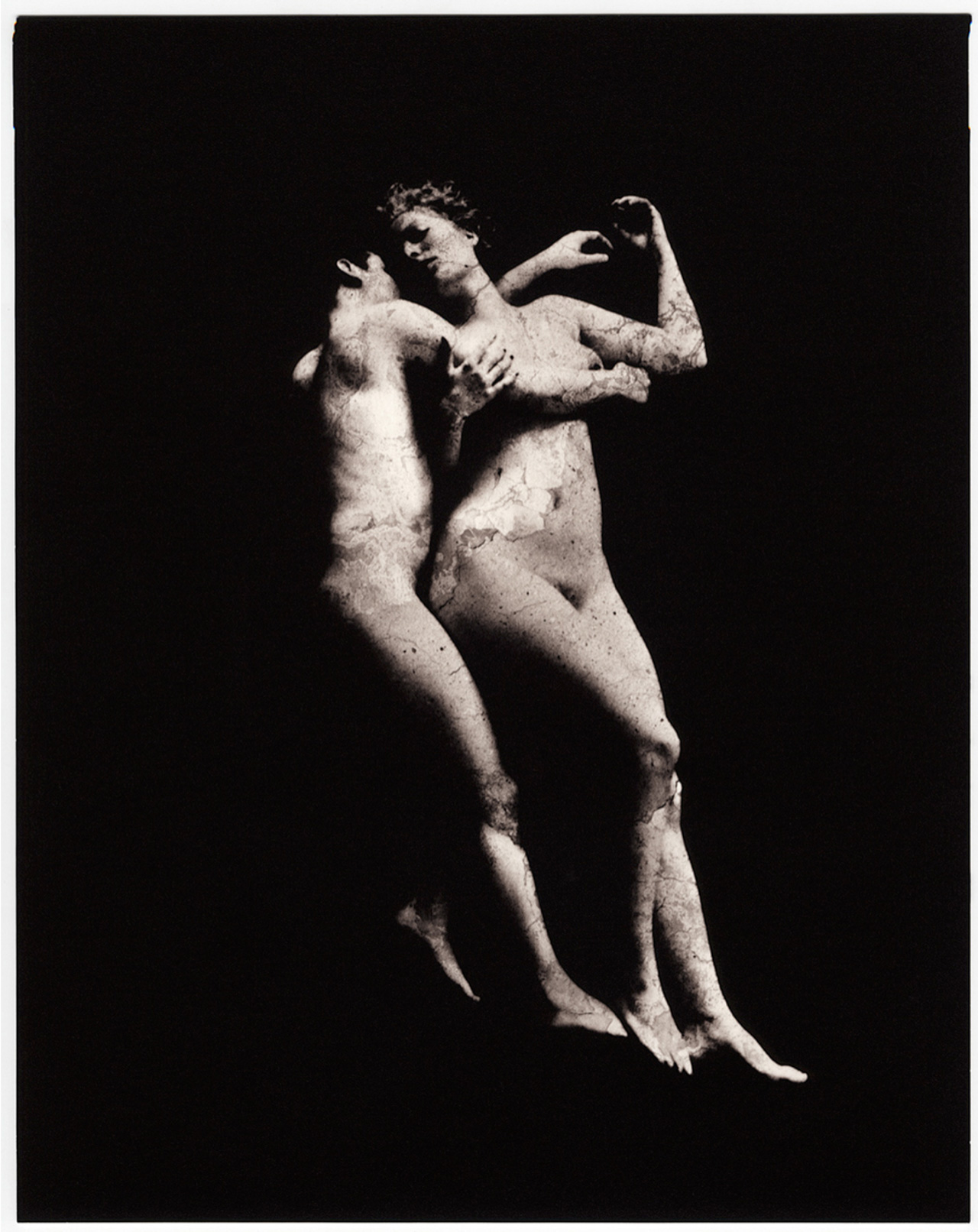 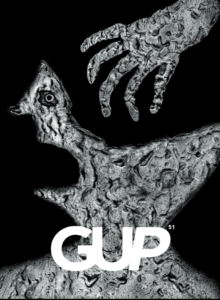 In her series, The Sleepers, Elizabeth Heyert (b. 1951, USA) discloses a world rarely seen: the private interior life of sleep. While photographing subjects from above – sleeping naked singly or in couples – Heyert exposes an exceptional transformation: freed from the routine of their daily lives, completely unselfconscious, the subjects’ bodies take on poses both majestic and vulnerable. Photographed against a deep black background, subjects are isolated from their mundane realities and their graceful movements acquire a statue-like appearance.

After discovering this transformation, Heyert decided to add another layer to her image-making process. Working in deserted villages of Northern Sicily, she projected the images of the sleepers onto the walls of ancient ruins and re-photographed them in the dark of night. The result that we can see shows the contours of the cracks and lines of the walls that map out the passage of time on the bodies of the subjects, at the same time reminding us of the dramatic power and beauty of ancient frescoes. In Heyert’s words: “I discovered the stone had meaning. It had passionate life. Both the stone and the figures seem perishable, historical, mortal, but at the same time immortal, epic.” Both sensual and fleeting, Heyert’s photographs make indistinct the sharp lines between fact and fiction, image and reality.