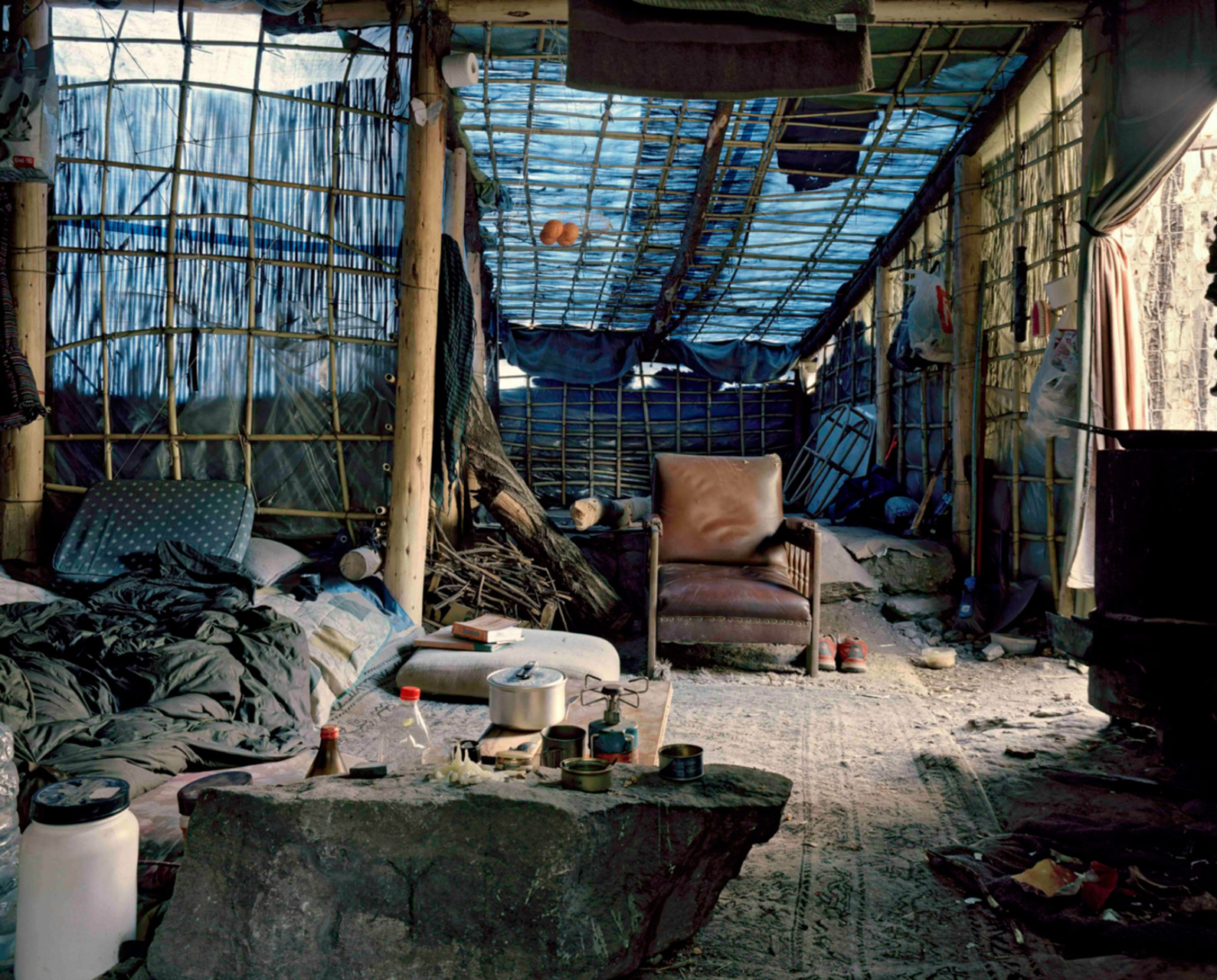 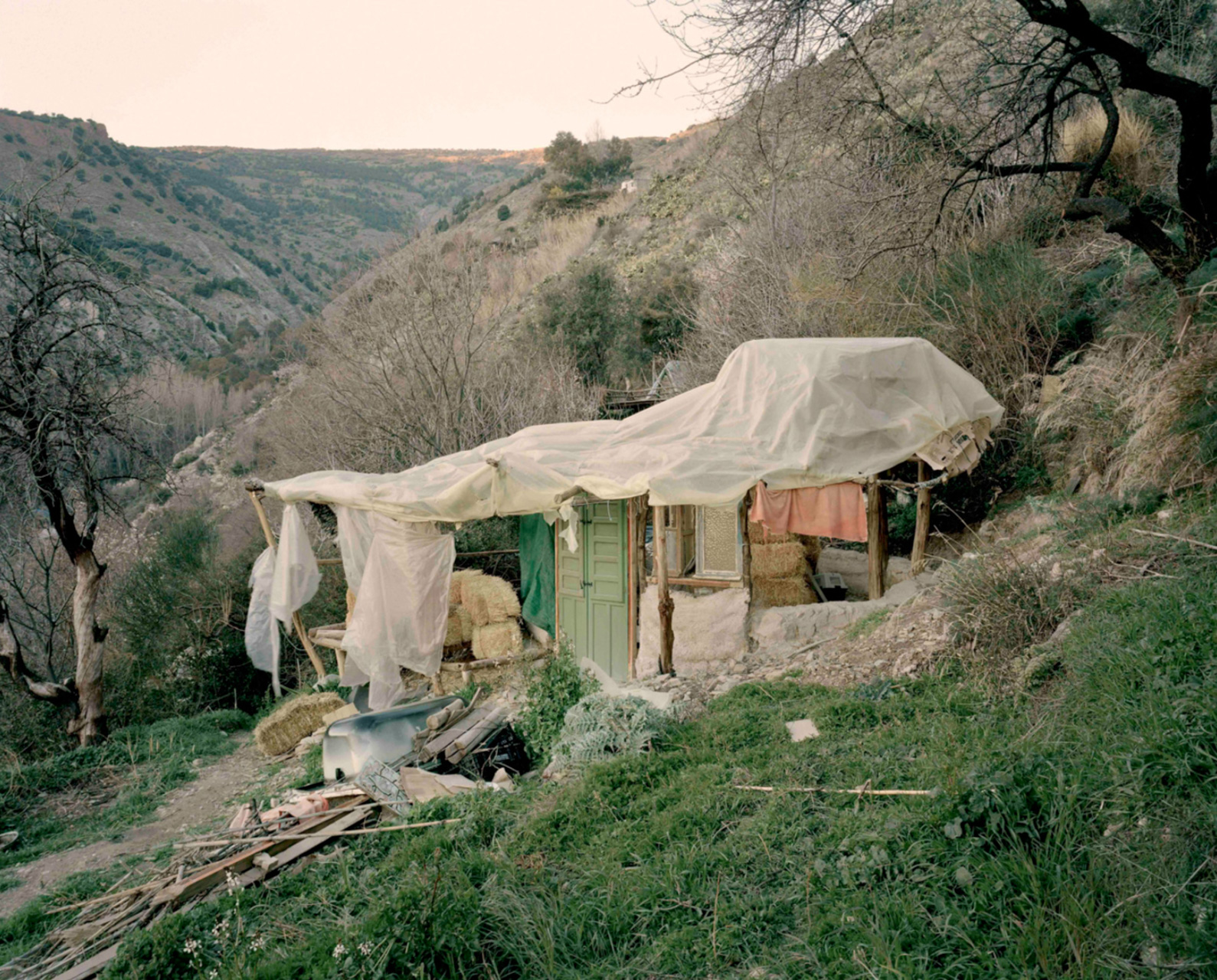 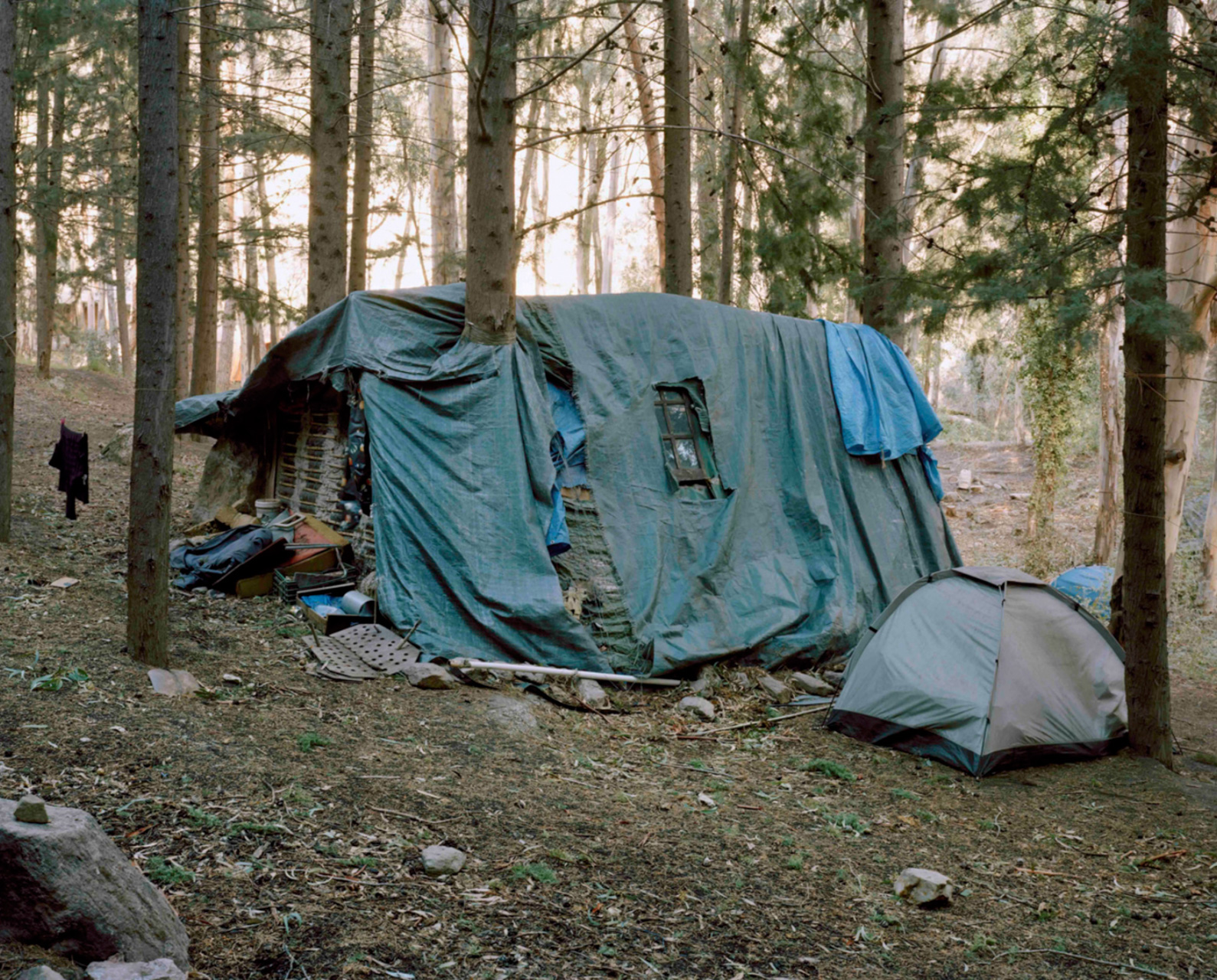 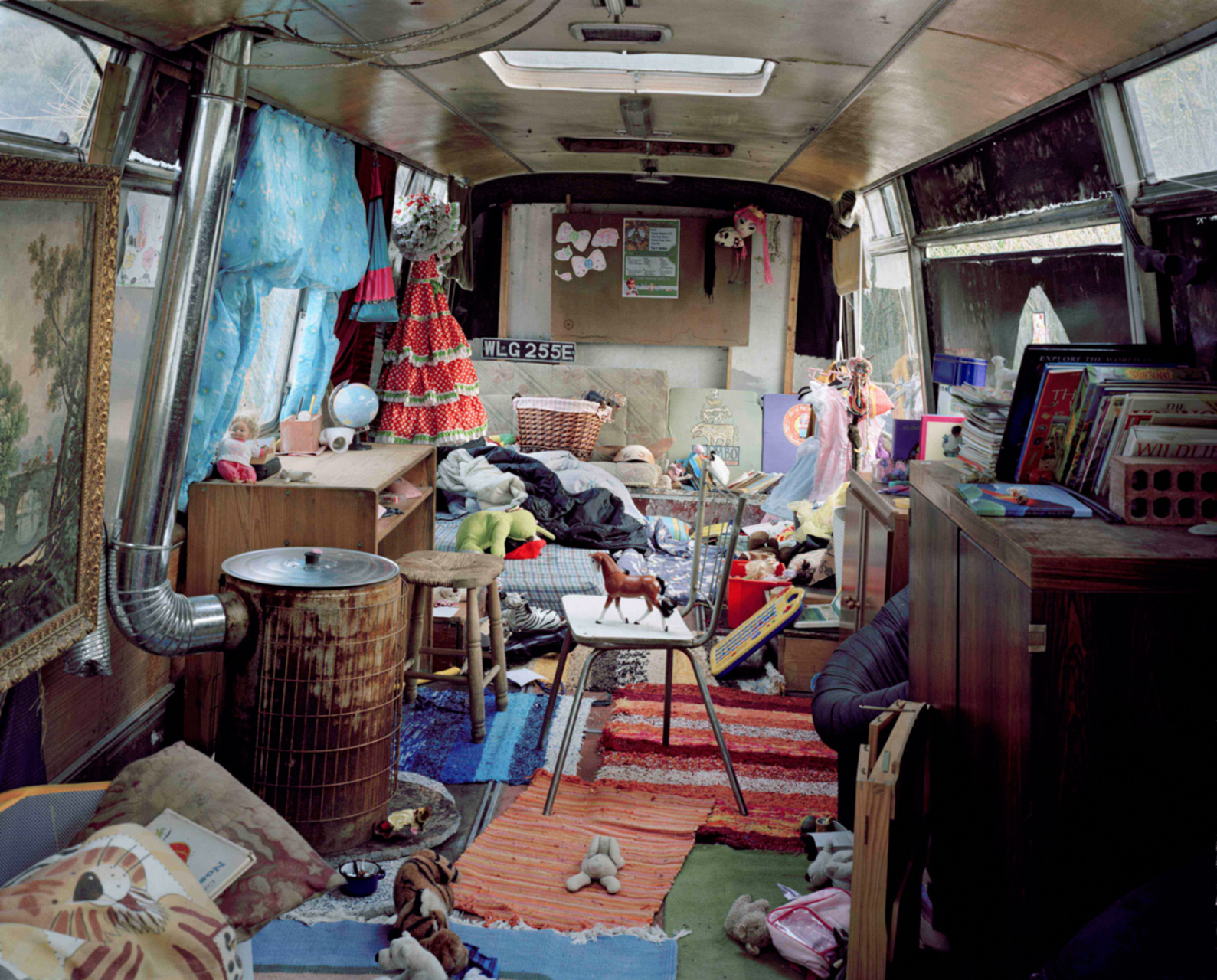 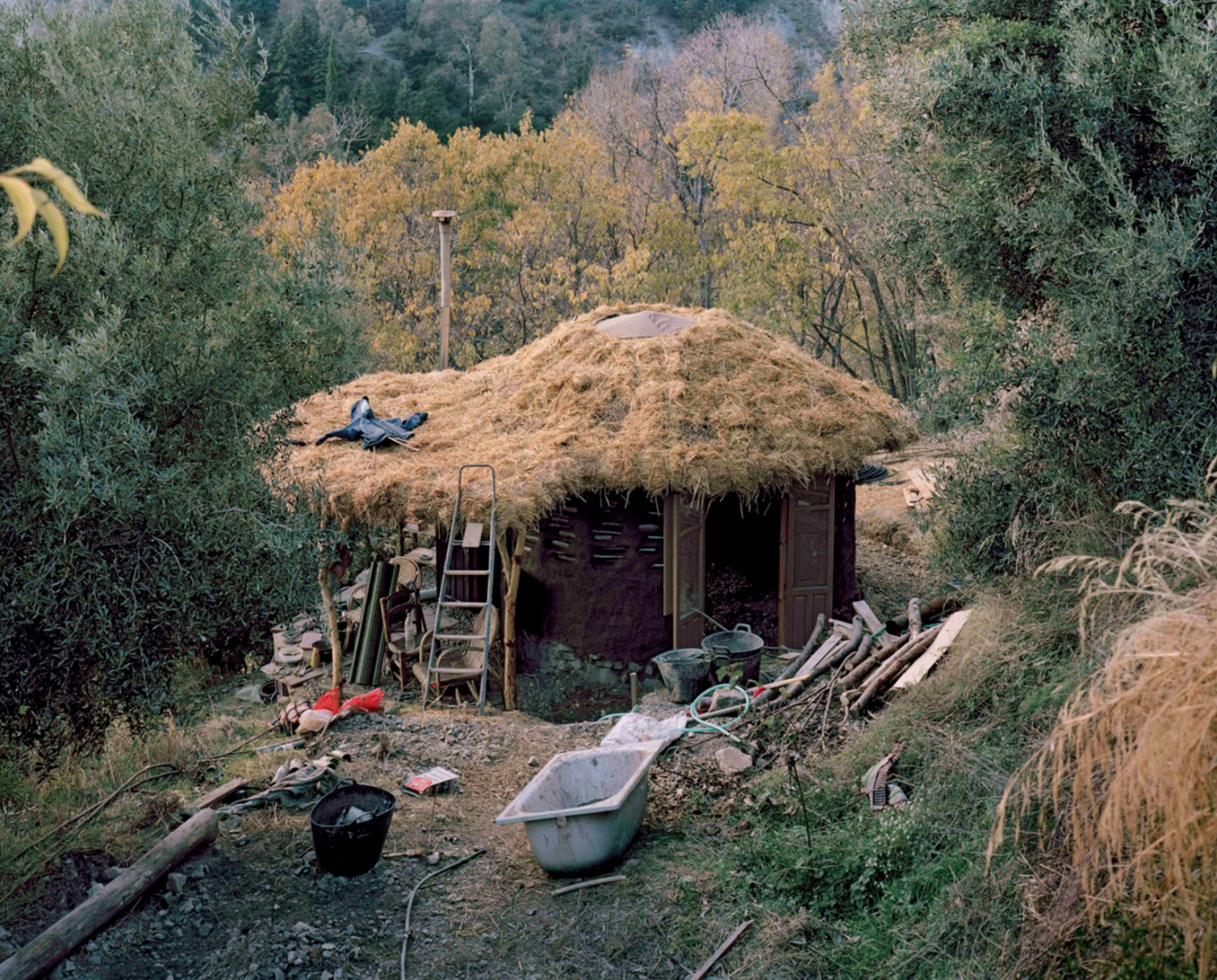 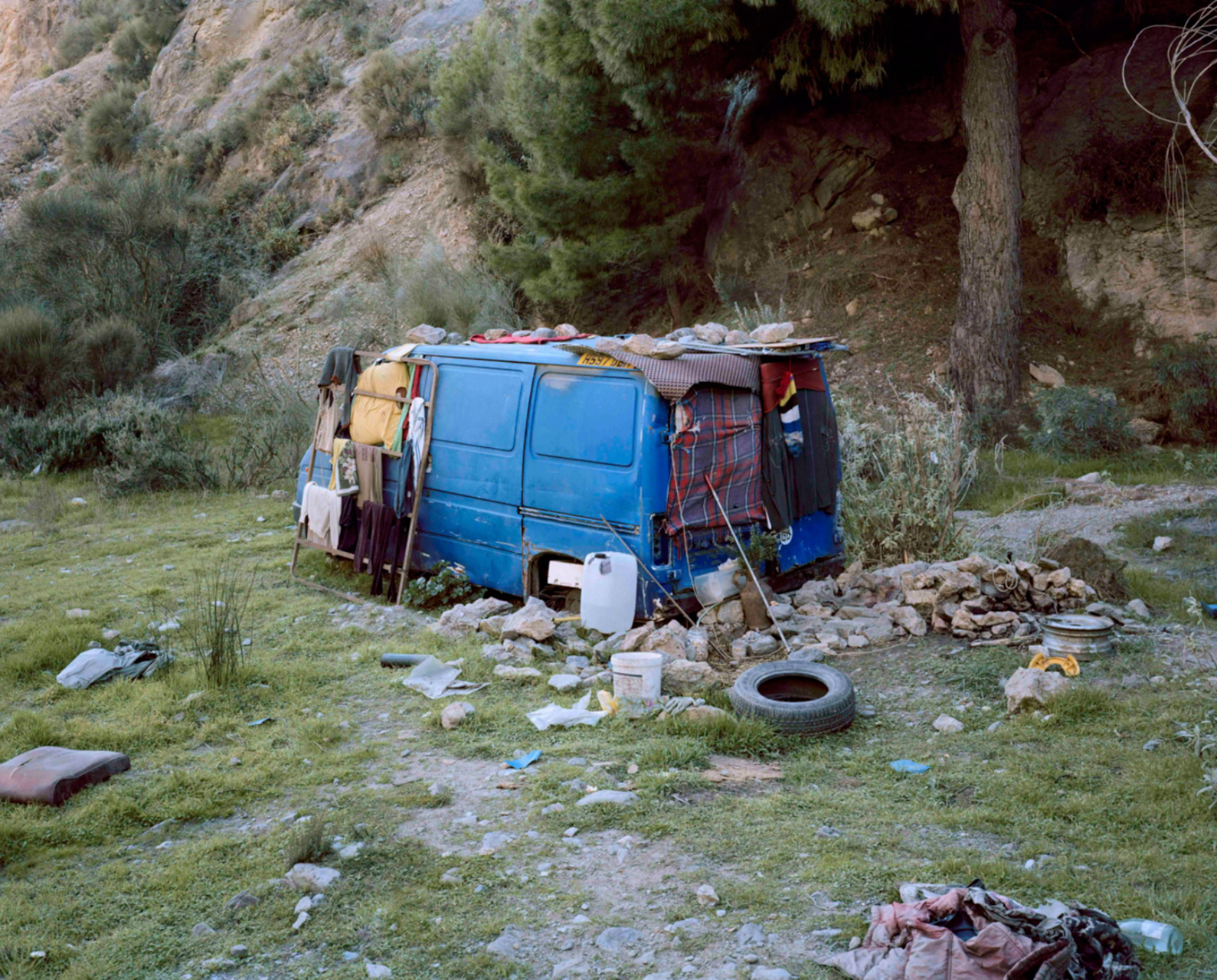 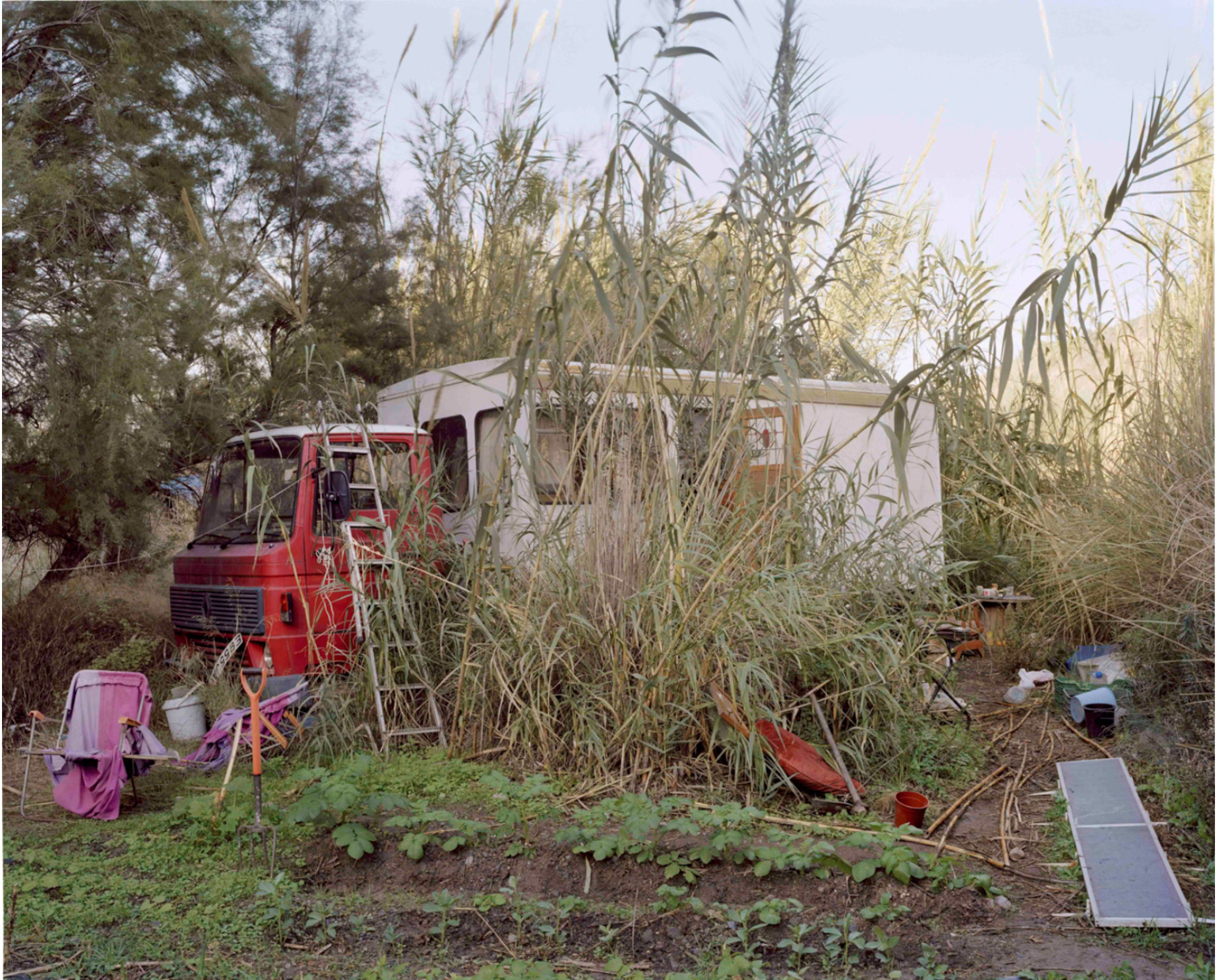 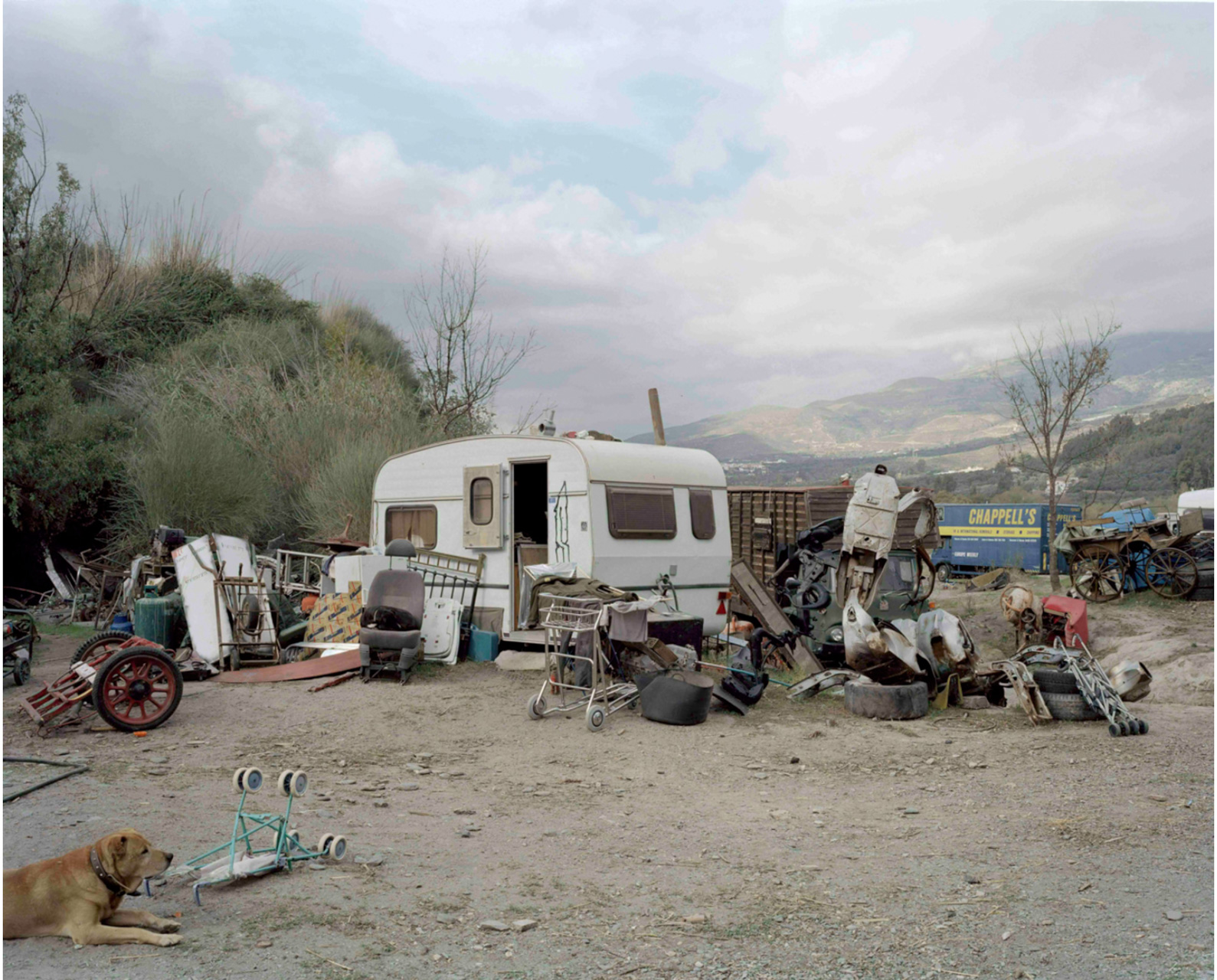 Focusing on the architecture and habitats of counter-cultural communities, the London-based photographer, Ben Murphy, presents his latest exhibition series, The Riverbed. The collection display shows Murphy’s ten-year encounter in the remote mountainous area of south east Spain, in which he undertook lengthy field trips visiting this area.

From vans turned into semi-permanent houses to tents pitched in the woods, the living spaces that Murphy portrays are makeshift homes whose transience speaks to their residents. Murphy explains that his pictures reflect the ‘anti-establishment’ and ‘rebellious’ views of their inhabitants, and test our observations of home in the process. He says: “Distinct tribal identities reimagined from the tradition of punk, hippy, rave, new traveller, anarchist and other marginalised subcultural groups, exist here in hard to find places; along the banks of an infertile riverbed, in ravines and off mountain passes, in relative proximity to each other and in continual states of flux”.

Through his work, Murphy embarked on presenting these identities through living areas. Intriguingly however, the inhabitants of these spaces are not present, as their presence in the pictures can be envisioned through their absence. As such, the images create a powerful reflection of the ways in which counter-cultural identities are established and preserved through their improvised households.

The Riverbed is on exhibit at The Architectural Association Gallery in London from March 18-31 and April 19-27, 2017, and is accompanied by a limited edition book.