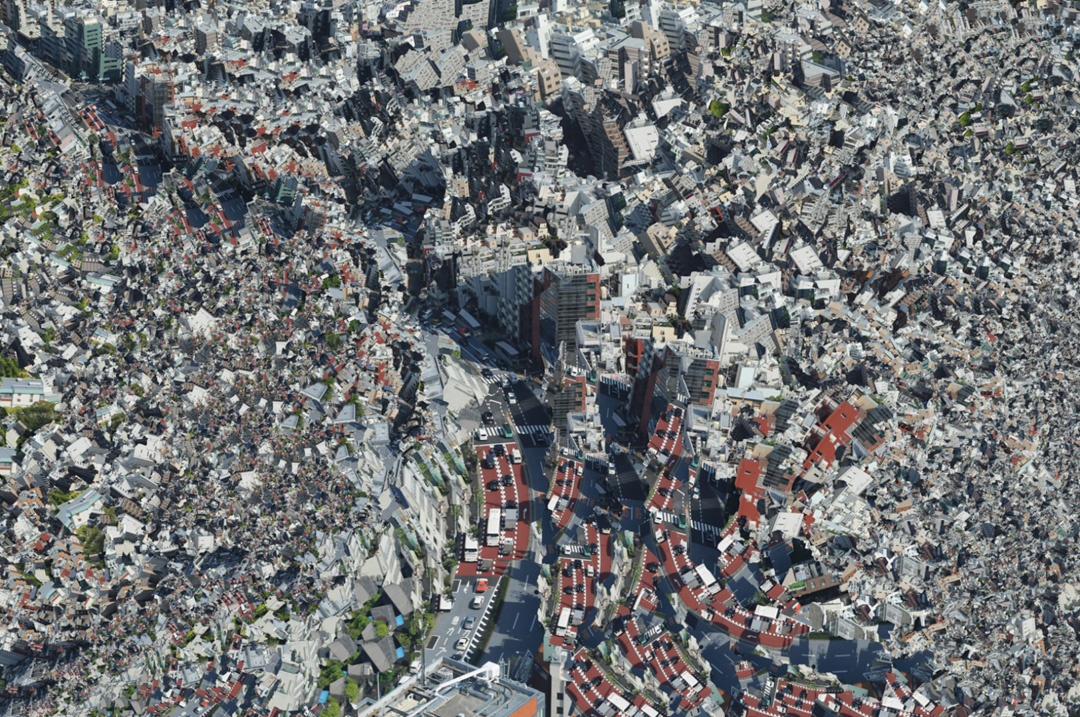 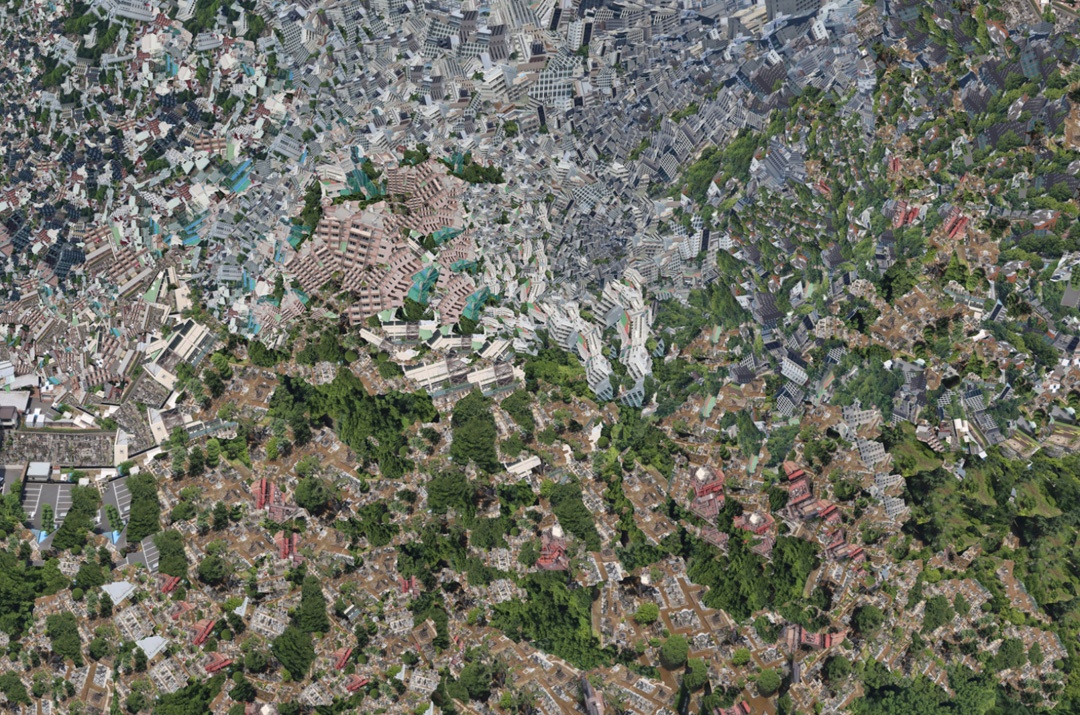 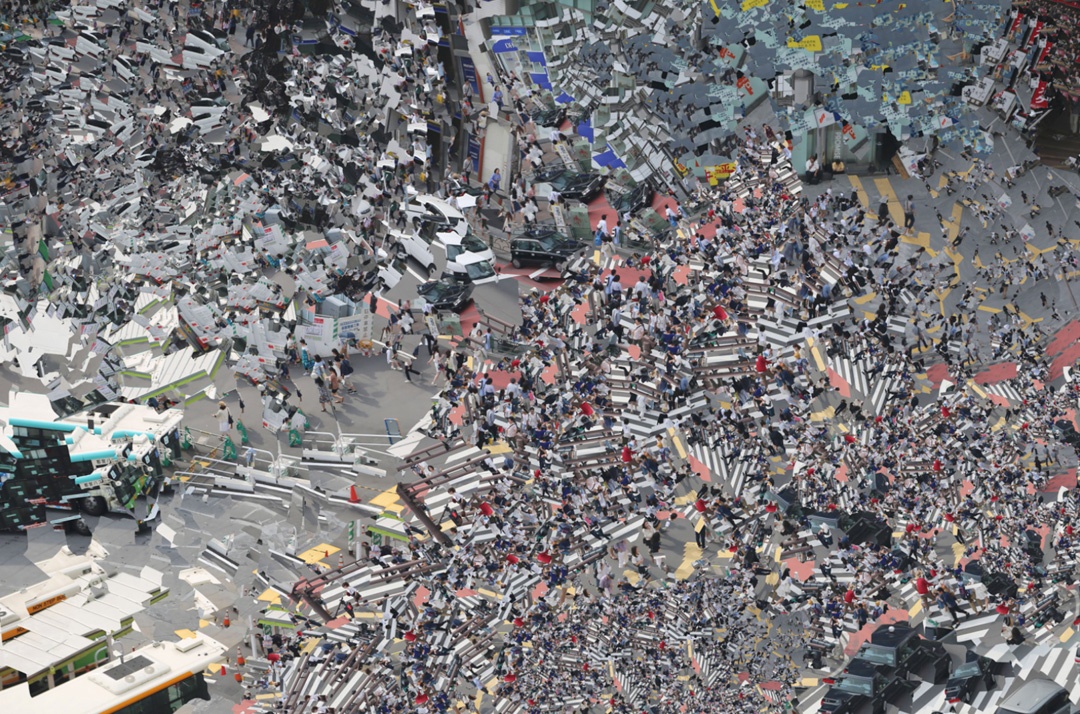 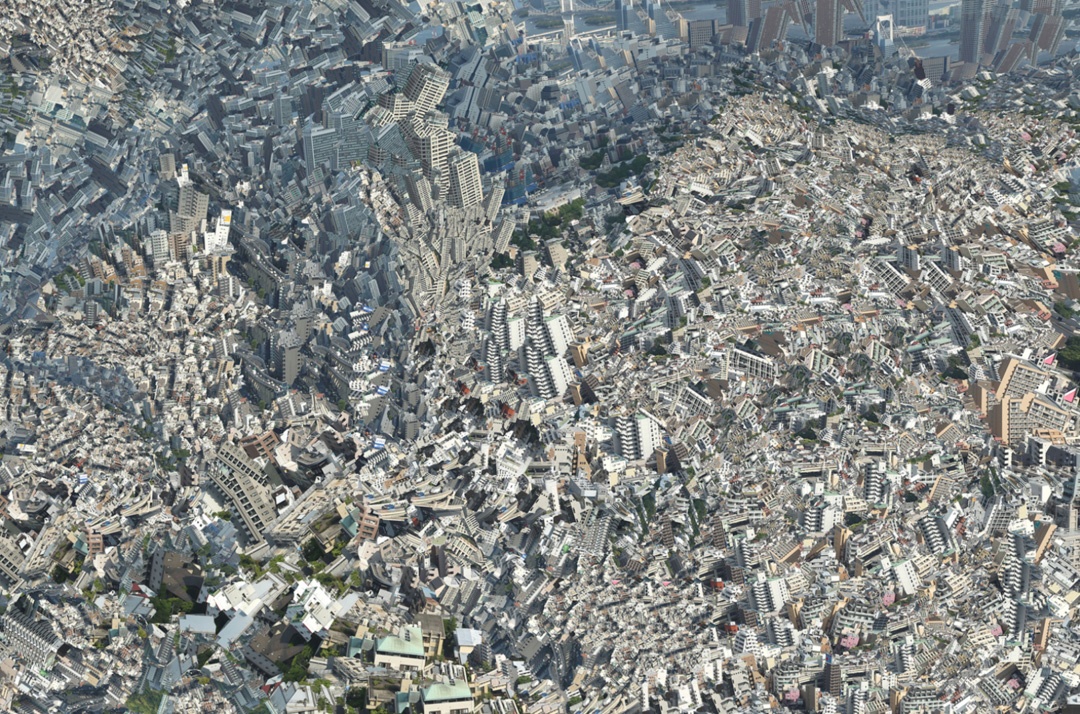 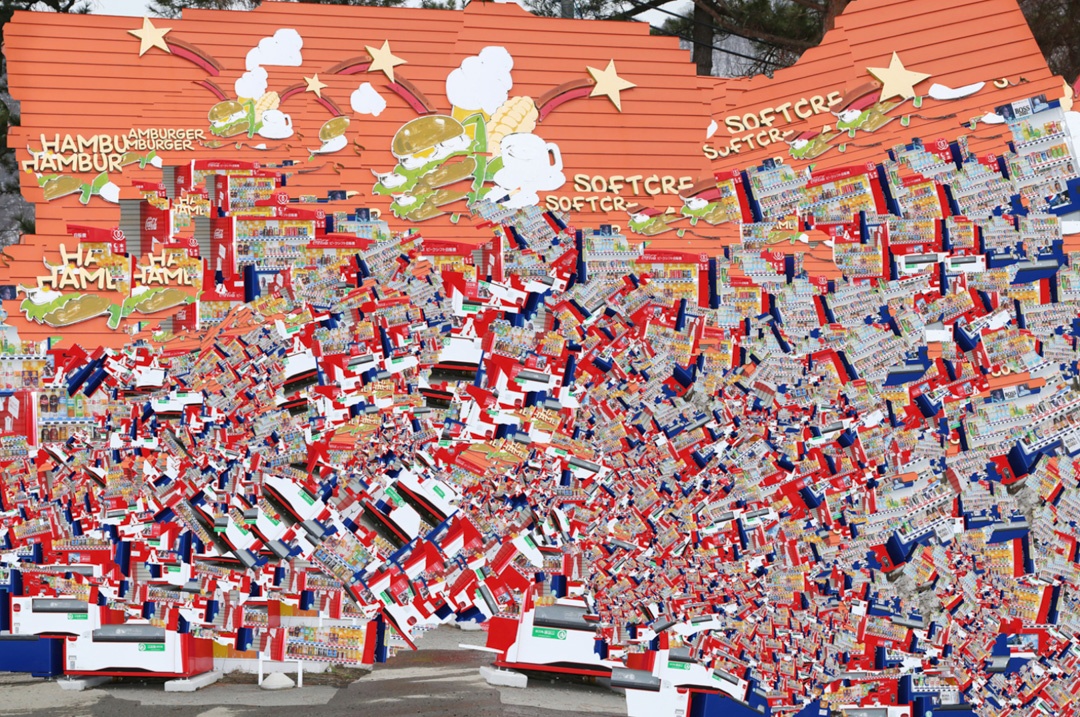 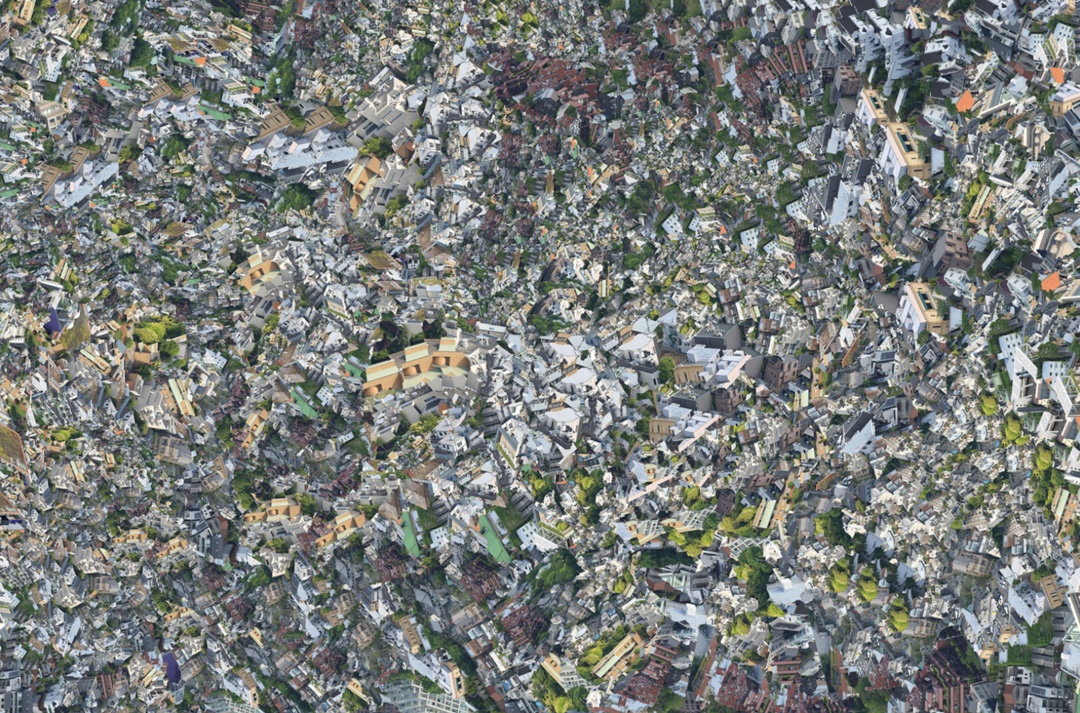 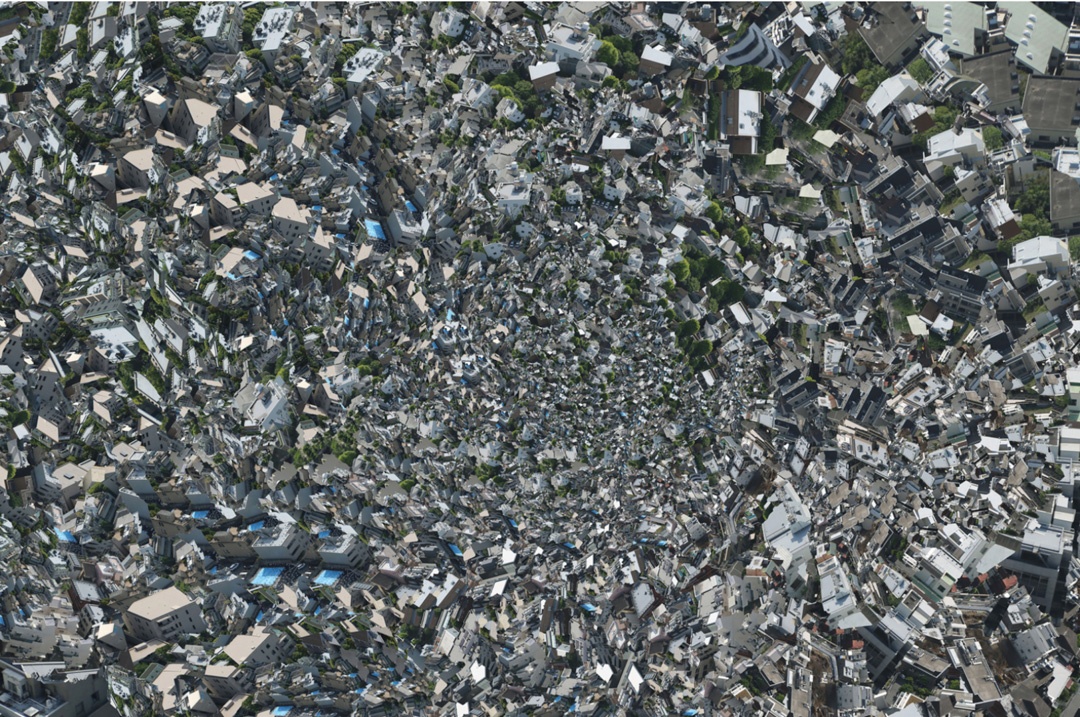 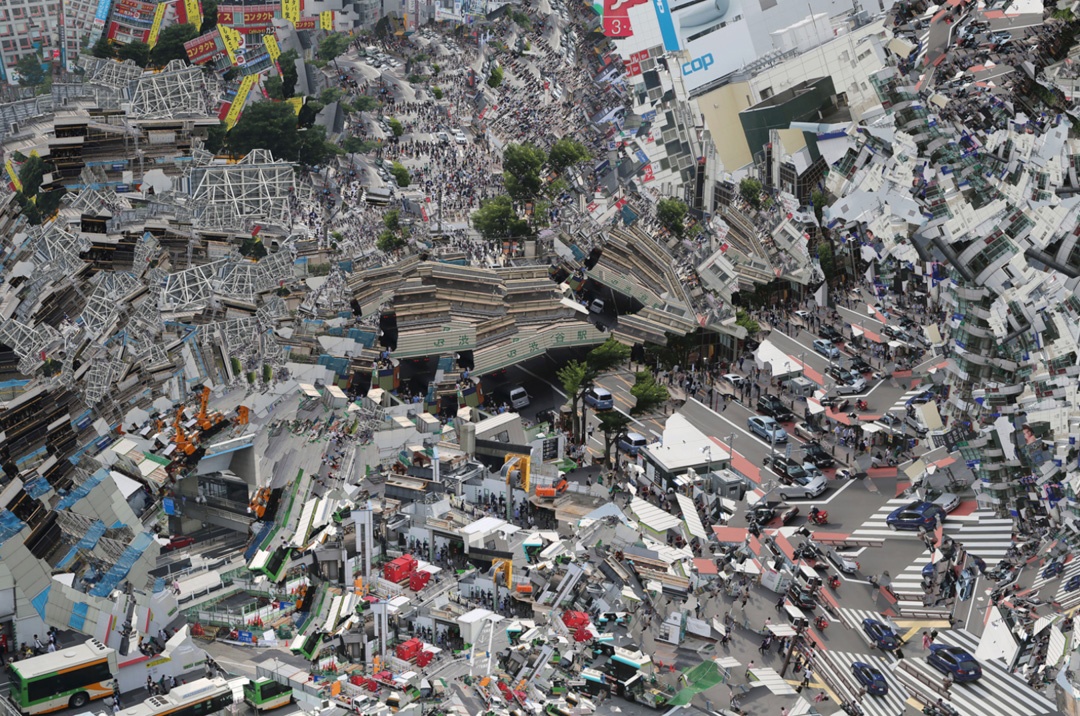 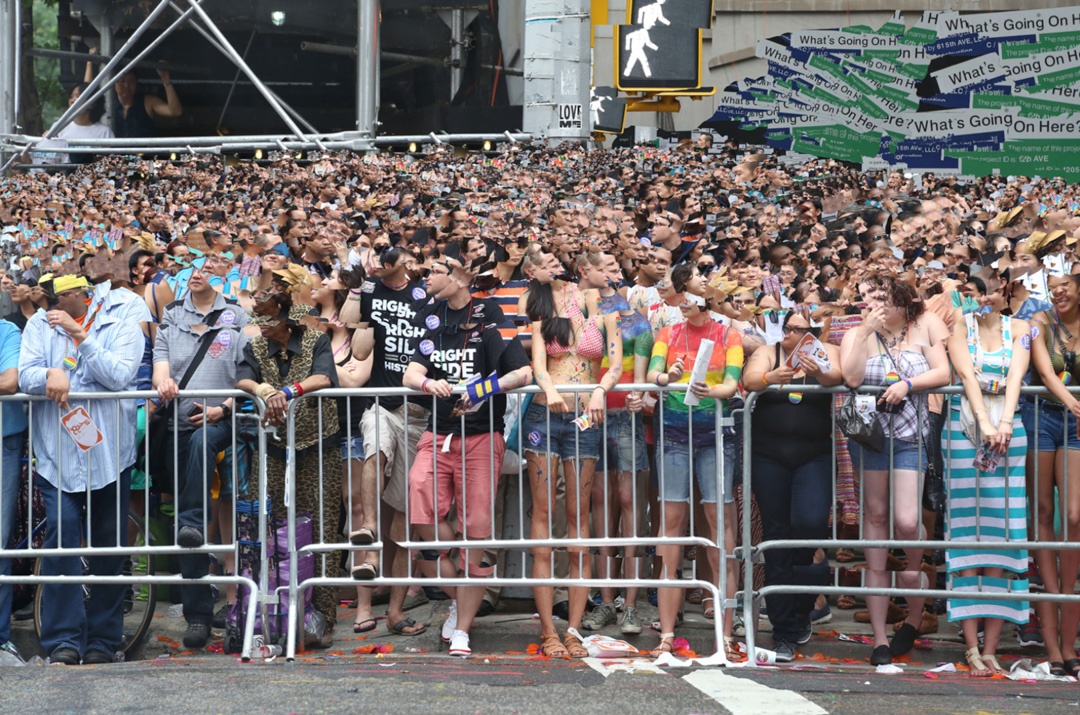 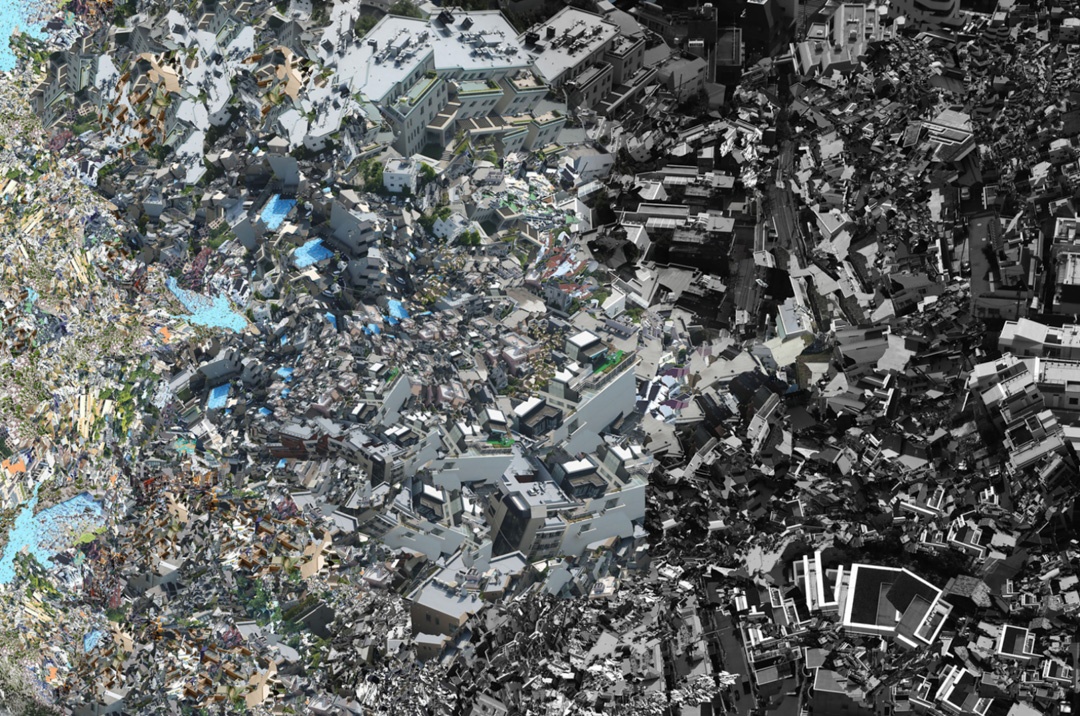 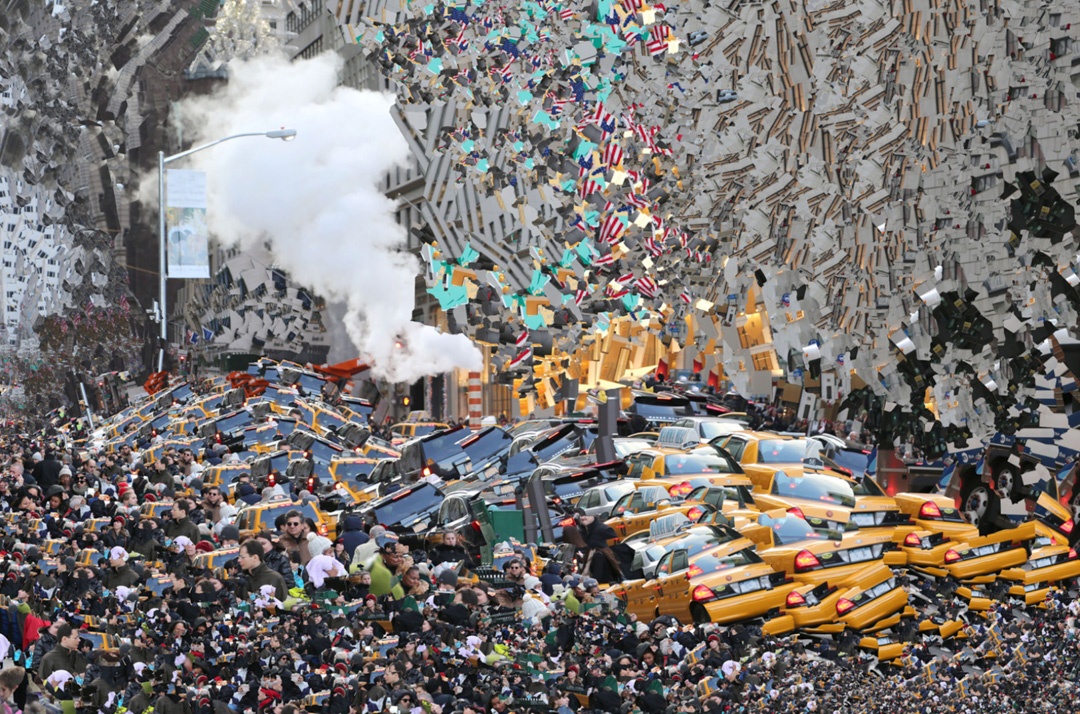 THE REGENERATION OF COMPLEX SOCIETIES

The Tōhoku earthquake of 2011 was the most powerful earthquake in recorded history to have hit Japan. The earthquake triggered powerful tsunami waves, which, in turn, caused a nuclear disaster. The Fukushima Daiichi Nuclear Power Plant complex and the associated evacuation zones affected hundreds of thousands of residents.

Fukushima-born photographer Nozomi Teranishi (1991) was in Fukushima when the earthquake happened. She observed flying roof tiles, falling walls and screaming people, while the ground beneath her feet was shaking. Since the earthquake, that tragic scene had followed her everywhere. To make a positive change, Teranishi created this photo series, called The Regeneration of Complex Societies. The digitally collaged images show chaotic urban landscapes. Teranishi copied small fragments, like people and buildings, out of real photographs and pasted them over and over again. Through this dizzying effect, the photographer recreated the chaotic scenes she experienced in 2011 Teranishi says that, through the constructive action, she was able to heal herself little by little.