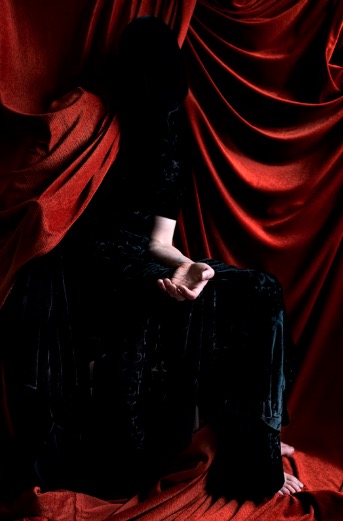 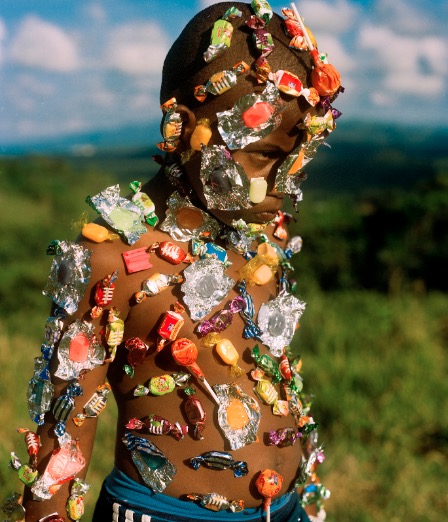 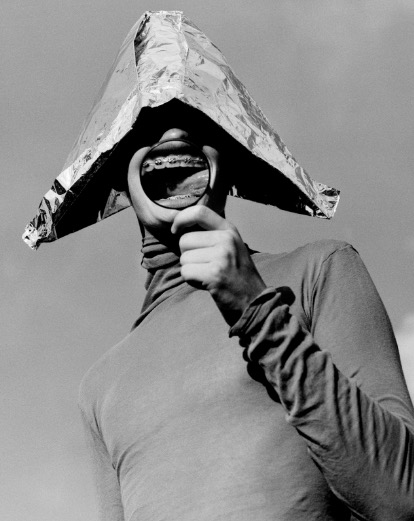 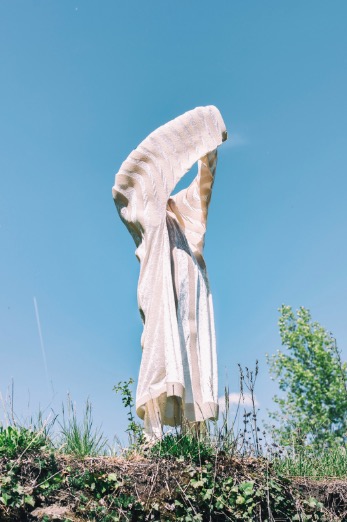 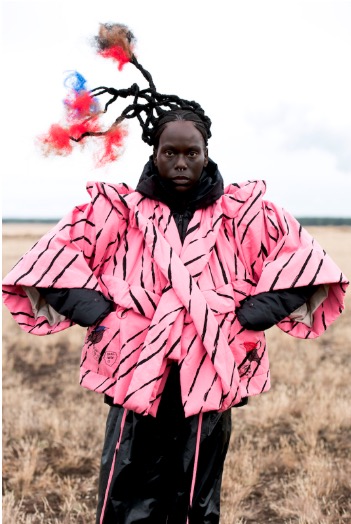 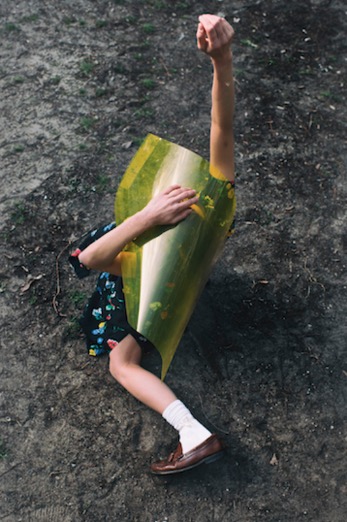 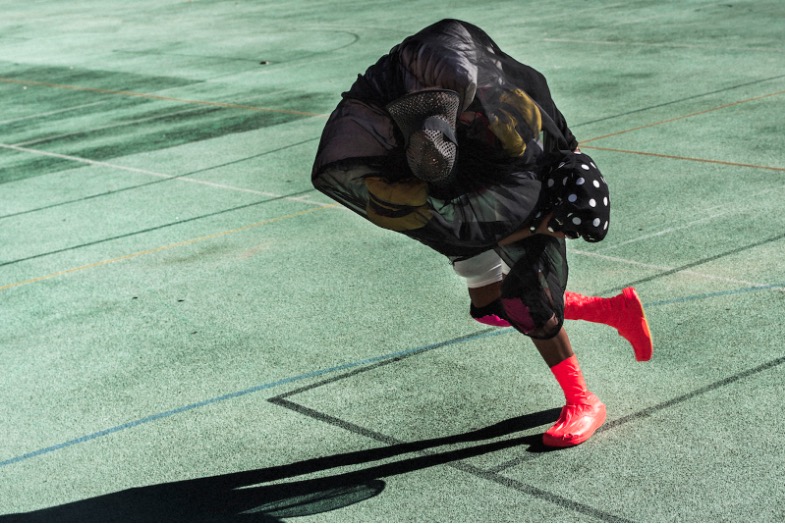 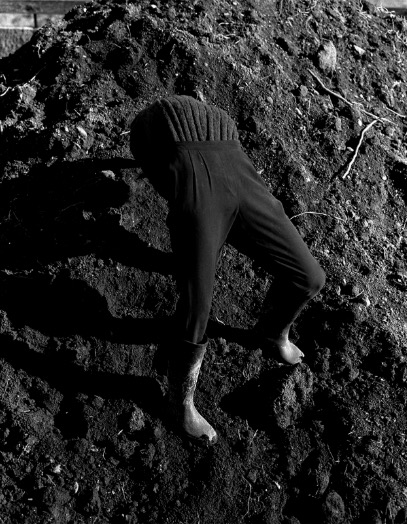 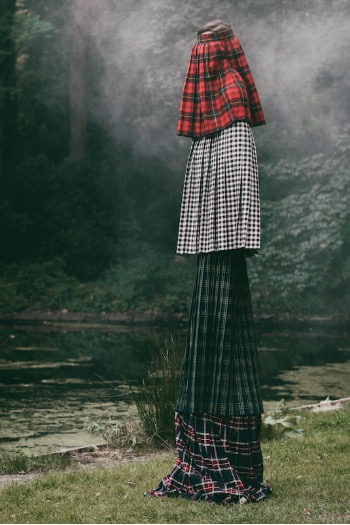 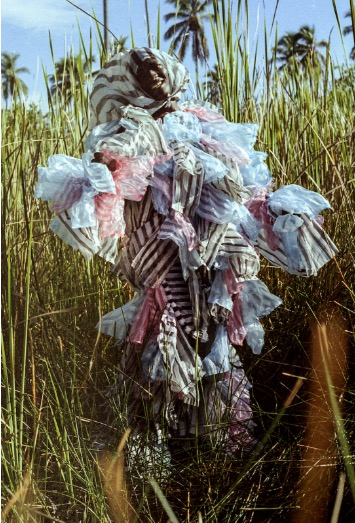 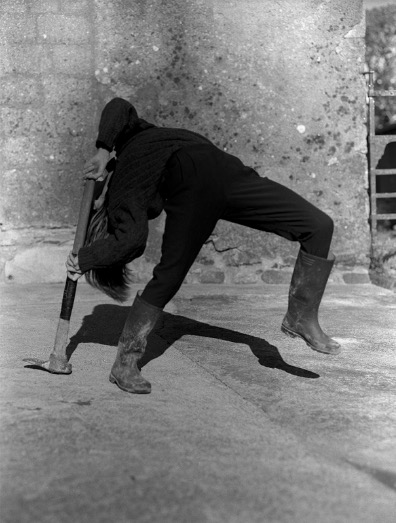 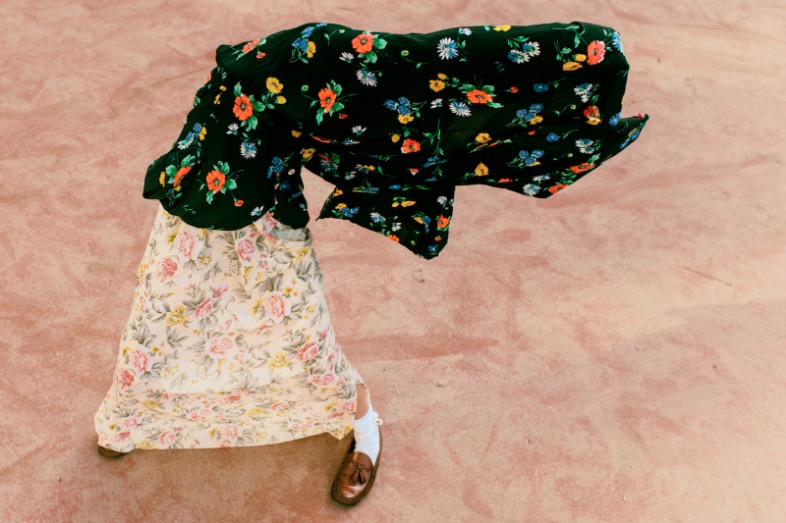 THE PEOPLE OF THE MUD

The suggested movements in the photographic work of Luis Alberto Rodriguez (b. 1980, United States) betray his background as a dancer. Perhaps only a dancer can know the human body in all its possible moves, poses and lines so intimately. People are frozen into images of barely contained energy. Like in his latest series The People of the Mud, where he examines Irish Cultural Heritage through the physicality of athletes – their pushing, shoving and hugging.

Whether working on autonomous projects or an editorial fashion shoot, what stands out in Rodriguez’s work are the various materials used to drape the human form. The models, with their limbs twisted in unconventional poses, are often draped in spectacular ensembles. On closer inspection, they turn out to be made up of basic materials: plastic bags, aluminium foil, sheets of paper, pieces of fabric.

Rodriguez is a true cosmopolitan. With Dominican and American roots, he has lived on several continents, all of which has stimulated his awareness of cultural norms. In his 2018 series Spectacular Home, he takes his memories of birthday parties to highlight aspects of Dominican culture and an identity shaped by white oppression and colonialism. His work brings together cultural characteristics such as joy, creativity and resourcefulness, but also discomfort and perseverance. The birthday boy or girl gets all the attention, an experience that can be both uplifting and uncomfortable.

As part of Photo Ireland Festival, The Library Project is exhibiting Rodriguez’s new series The People of the Mud.